First Loss of the Season for the Toronto Rock 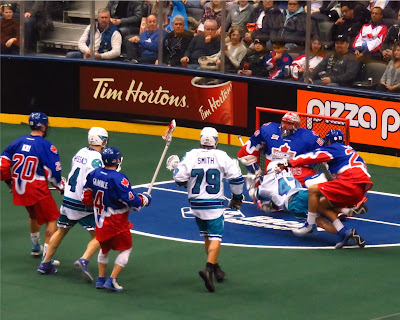 Tonight the undefeated 2-0 Toronto Rock was at home taking on the 1-2 Rochester Knighthawks. If the Rock won, it would put them into a tie for first with Georgia.

There was a good size crowd to cheer them on. 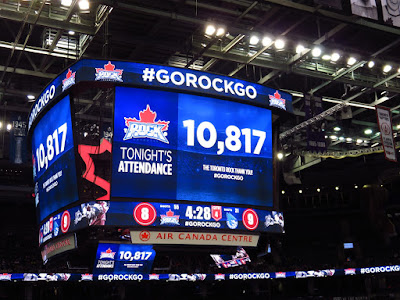 Scotty Newlands again did a great job with the national anthems. 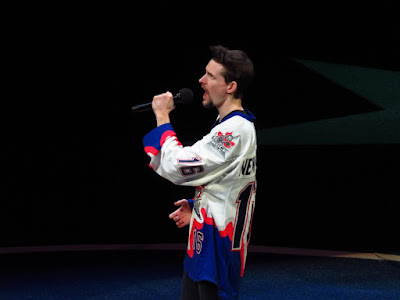 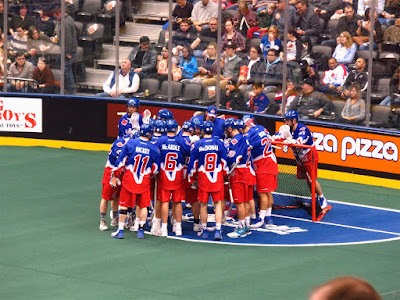 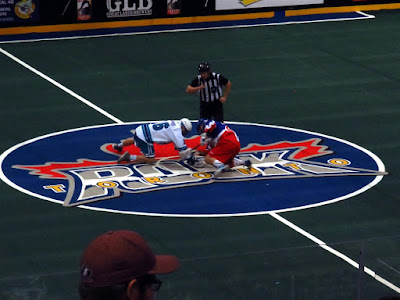 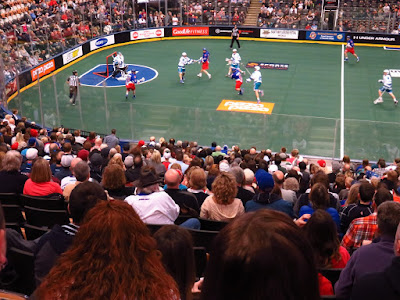 The Rock were quickly down 3-0 but Iggy had not given up hope and kept the crowd going. 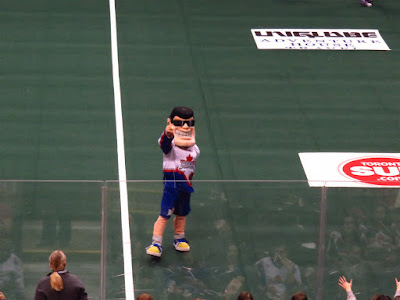 Another goal slips by Nick Rose. At one point, the Rock were down by 4 goals! 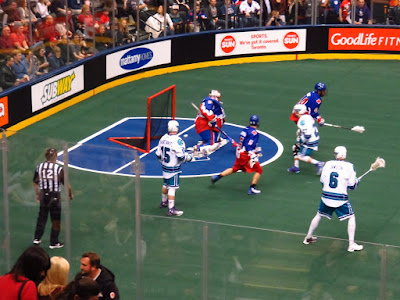 The Rock may have been down 7-4 at the half but it didn't mean that Teena and I couldn't have our picture taken. 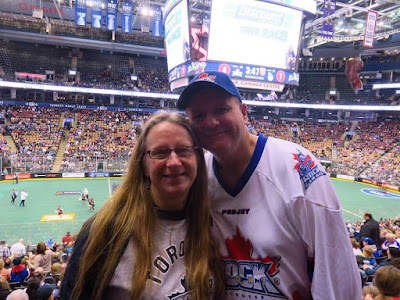 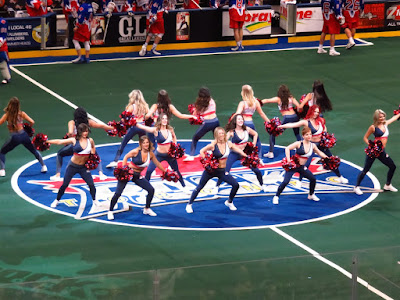 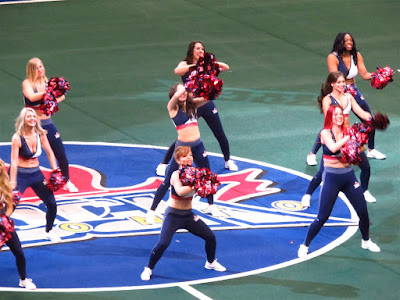 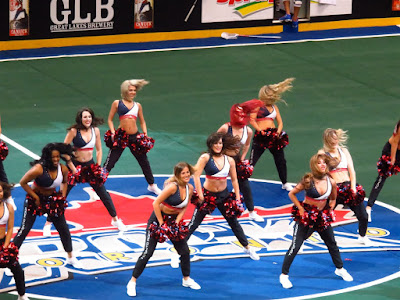 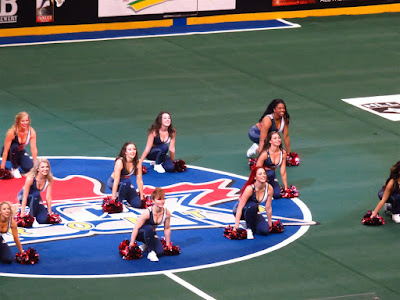 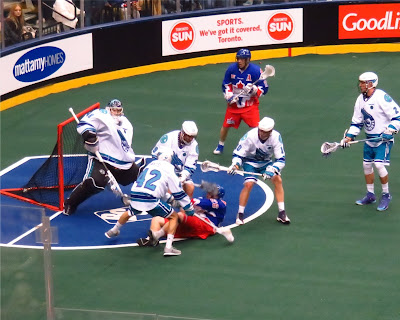 In the end, the Rock stormed back down 7-4 at the half, they only gave up 2 goals in the entire second half but fell short losing 9-8.

As always, they made the lap to salute their fans. 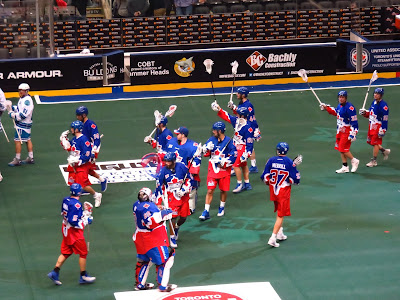 Toronto takes on the Buffalo Bandits next Friday night on country night. Teena and I will be there. 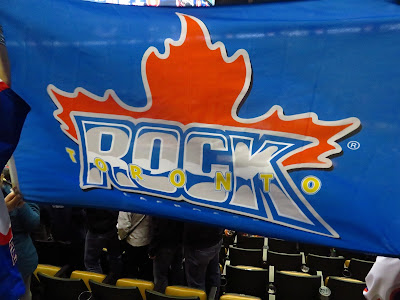