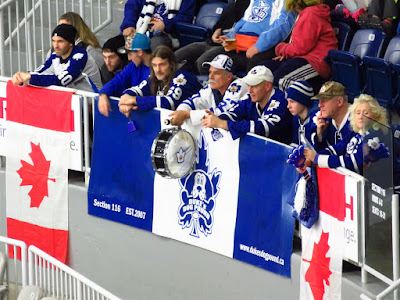 Today my friend Roger and I went to see the Toronto Marlies take on the Hartford Wolf Pack at the Ricoh Centre. The Marlies came into the game in third place in their division while the Wolf Pack were in seventh and last place in theirs. 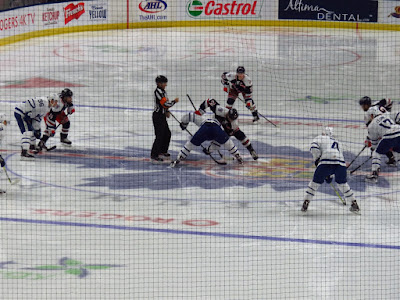 Hartford quickly went up 2-0 in the first few minutes of the game, but the Marlies fought back in more ways than just on  the scoreboard. 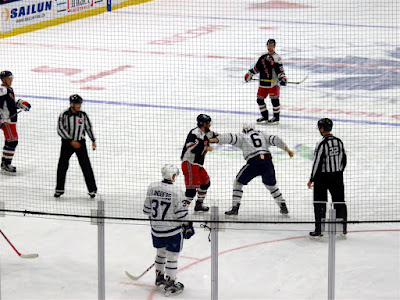 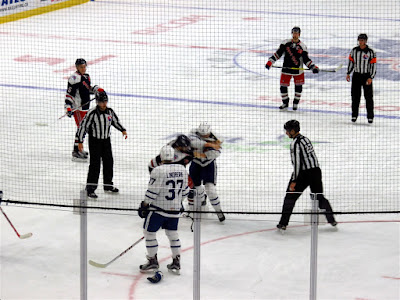 The first period ended with the Marlies down 2-0. The mascots came out for a game between periods. 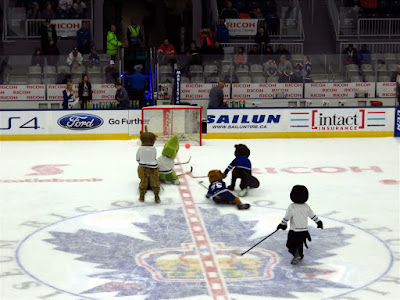 Toronto put on the pressure when the second period started. 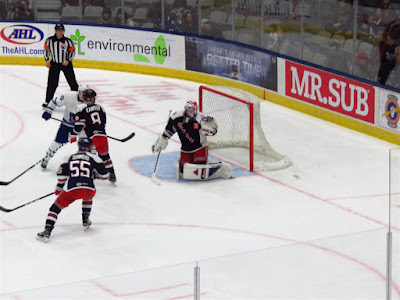 The game was televised. 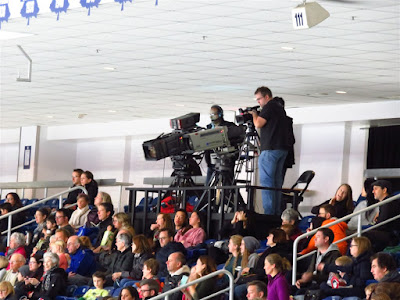 Toronto scores just 38 seconds into the second to cut the lead in half. 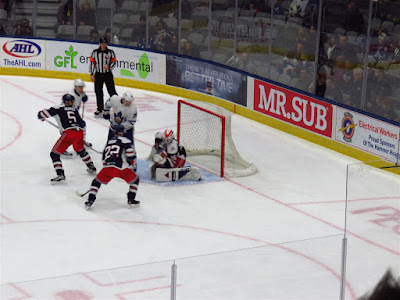 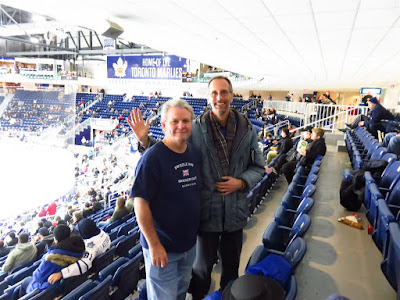 More Toronto pressure in the third. 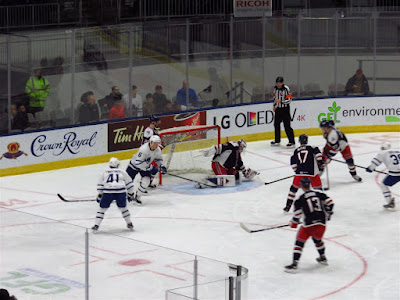 Toronto score to take a 4-3 lead in the third. 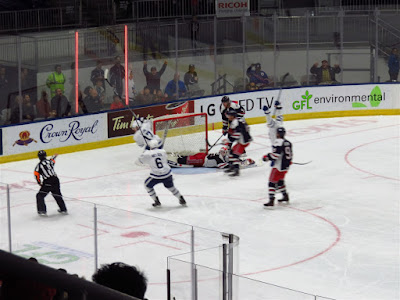 An empty net goal sealed the win for the Marlies. Toronto ended up with a 5-3 victory. 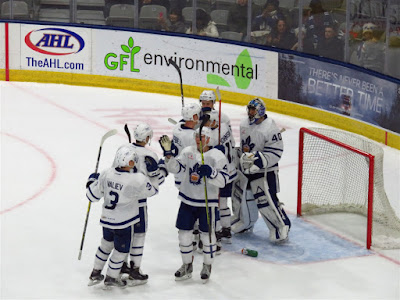 Marlie games are fun and reasonably priced. I'll be going to more games this season. 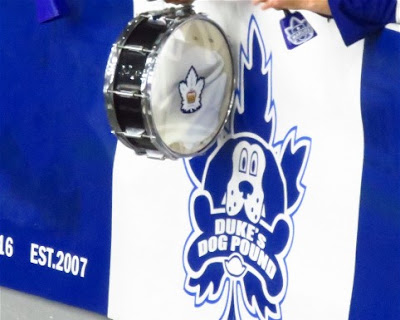