Beer of the Week - Brasserie Dunham: The Second Coming of Broderus Christmas Saison 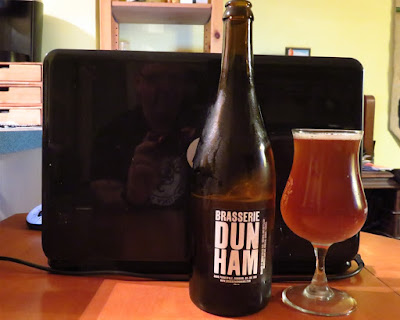 In my latest Canada Craft Club delivery, I received a Christmas Saison from Brasserie Dunham. The brewery is located just outside of Montreal in the Eastern Townships of Quebec. It opened in 2011 and features a pub which serves snacks and, of course, pints of their beer. The patio looks like a great place to have a pint in the summer.

The Second Coming of Broderus is a Collaboration beer between Kissmeyer Beers and Brasserie Dunham. Anders Kissmeyer from Kissmeyer Brewing was one of the founders of Denmark's Norebro Bryghus in 2003 but was fired from the company in 2010. After his firing, he created Kissmeyer Brewing as a one man gypsy brewery that collaborates with other breweries around the world.

Why the name Broderus? This is due to the fact that when this beer was first test brewed with Kissmeyer, it was on the sixth of October back in 2011. It was brewed again this year for bottling and once again it was on October the sixth.  In Denmark, October 6 celebrates an old Viking King Broderus! That makes this the Second Coming of Broderus.

The beer pours light amber in colour with a small white head. Saison yeast has a very distinctive aroma which is present in this. I notice some spicy notes too.

On my first sip and ones after, an excellent sourness hits me right away. It seems to let off and is replaced for a moment by a spiciness. The sour returns for the long finish.

This saison is brewed using a bit of pomegranate and maple syrup which surprises me. This must have been extra sour ale before those two ingredients were added in,

The Second Coming of Broderus is a very nice saison, one that I quite enjoyed. 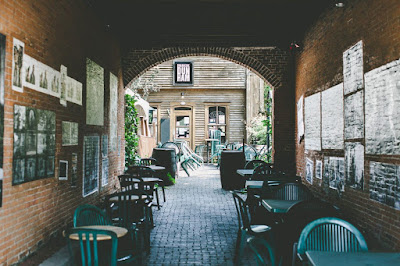