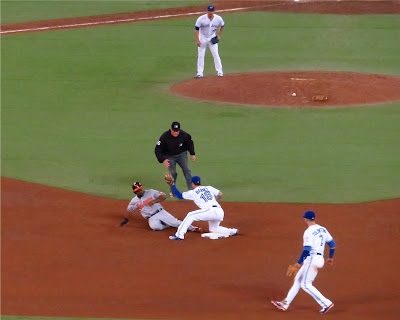 Tonight the Toronto Blue Jays took on the Baltimore Orioles in their second last home game of the year and the fifth last game of the season. My buddy, Craig, had an extra ticket and asked me if I wanted to go ... hell ya!

Coming into tonight, the Jays had a two game lead on hosting the wild card game over Baltimore and could clinch a wild card spot for the playoffs with any combination of three Blue Jays wins or Detroit losses. 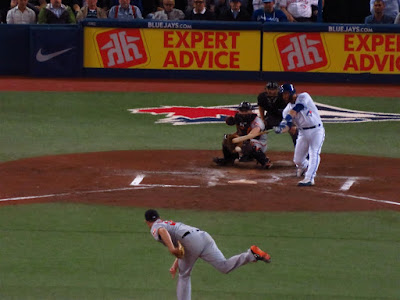 Francisco Liriano was  on the mound and did an excellent job shutting down the Orioles by striking out 10 and not giving up a run. When he left the game to a standing ovation, he had a 2-0 lead.

The crowd was rocking, every Jay fan was happy 'til Mark Trumble of the Orioles, belted his 46th home run of the year in the 8th inning to cut the game in half. 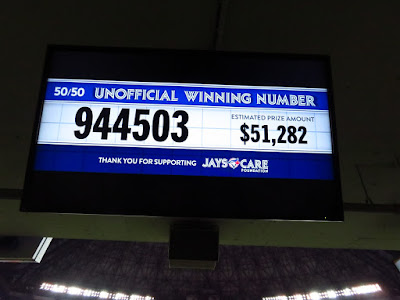 Roberto Osuna came out to close off the ninth and promptly struck out J.J. Hardy. 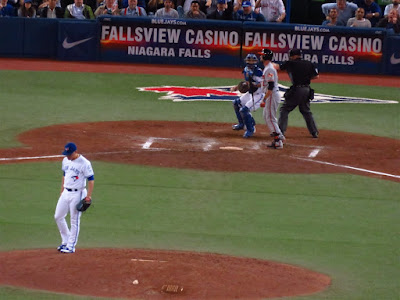 Then Hyun Soo Kim came on with a man aboard and smacked a 2 run homer to give the Orioles a 3-2 lead, which they held on for the win.

Teena and I have tickets and will be there!
Posted by Swordsman at 22:00

You are very lucky that your friend was a ticket on this game. I bought a ticket here https://ticketcrab.com/mlb-tickets. All tickets were sold out a few days. For the future, I advise you to buy tickets there. You will receive notification of upcoming matches and thus will be ready to purchase tickets. In the future, your friend will not save you if he will not have an extra ticket.