Word on the Street 2016 Festival 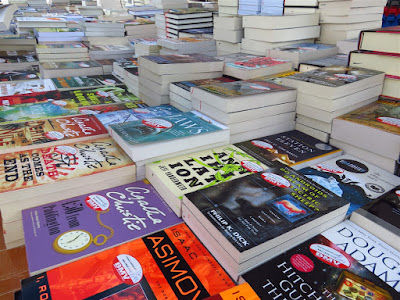 Today was the 26th annual Word on the Street Festival. I have never been before and decided this was the year to attend. Unfortunately Teena had to go to London today and could not attend.

Harbourfront is the perfect location for this festival. Right on the water and a lot of space. Last year this event had 200,000 people attend and as it was a beautiful day, it likely had the same or more this year. I liked the fact that the space was spread out and never felt crowded. 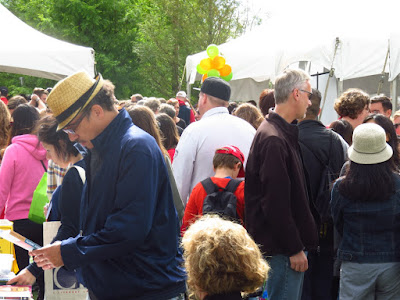 I attended four sessions today. The first was for writers, What Literary Agents are Looking For with Olga Filina (left), an agent from the Rights Factory, and Carolyn Forde from Westwood Creative Artists. It was a hugely interesting session, especially the question session from the audience. I learned a lot about the publishing industry. 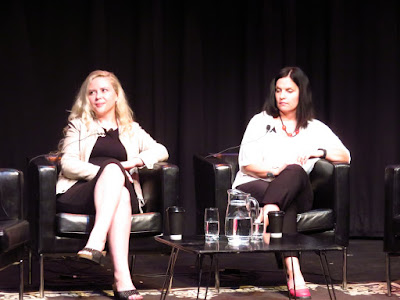 Being a readers event, many authors were there. Linwood Barclay gave a reading and a talk, then signed books for fans. I liked how he took his time to speak to each and every person that had a book signed. 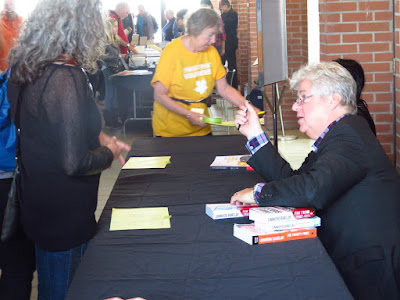 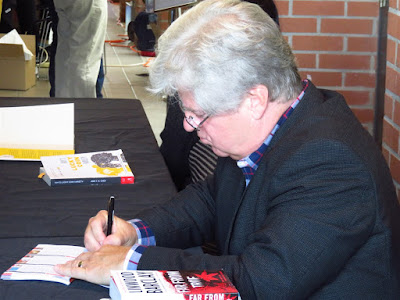 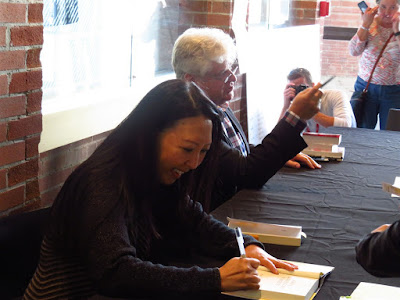 I went to a 30 minute session with Joe Friesen, who read from his book The Ballad of Danny Wolfe. 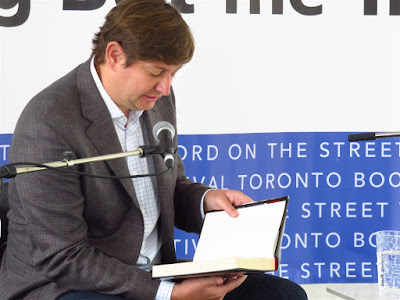 Afterwards he was interviewed by Sue Carter, the editor of Quill and Quire. It was hugely interesting as the book was about the most wanted man in Canada and his gang, and the stories of how him interviewing the people involved for the story. It's on my books to read list. 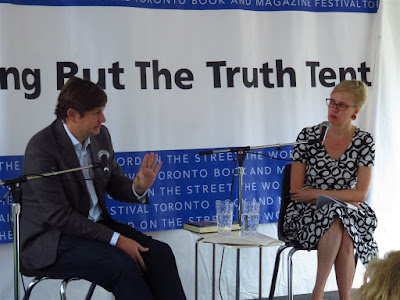 My next event was Overcoming the Odds: Long Journeys to Publication with Mona Awad and Anna Y.K. Chow. It was 45 minutes long with very interesting and different stories and approaches to writing by both authors. 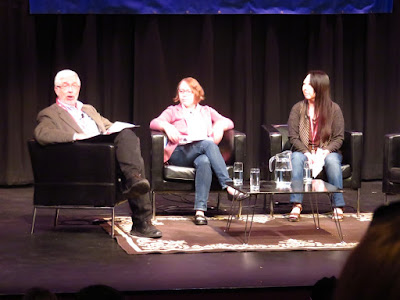 My last session involved a cruise on the lake on the Kajama as part of Author Cruise sessions called Baseball Fever. Buck Martinez, Toronto Blue Jays TV announcer and author of Change Up: How to Make the Great Game of Baseball Even Better, was supposed to be there but the Jays/Yankees game went late and he had to stay and call the game. 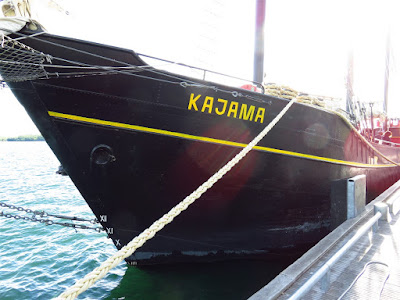 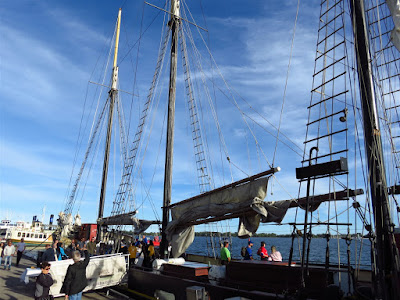 As we passed the Rogers Centre, we noticed the roof closed and somebody announced that the Jays had won in the bottom on the ninth. A huge cheer went up. 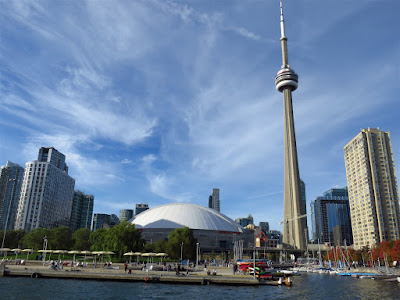 It was a beautiful day for a cruise in Toronto Harbour. 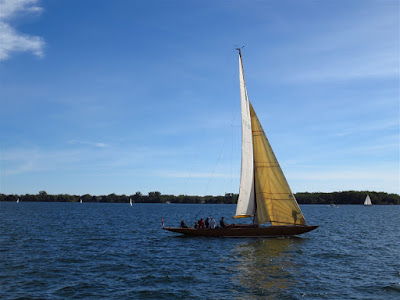 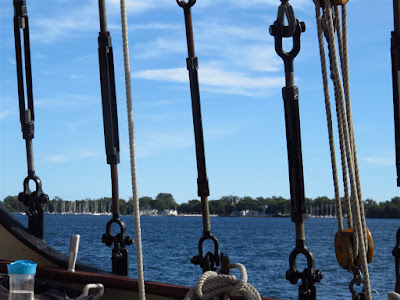 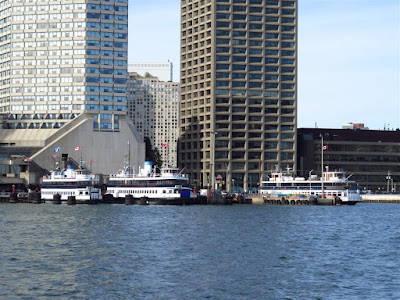 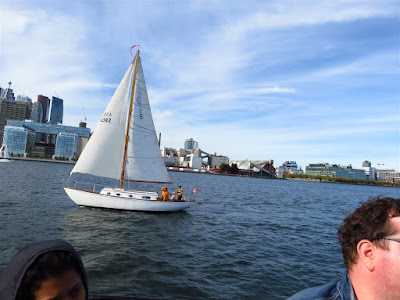 Author Andrew Forbes read from a short story from his book, The Utility of Boredom, about attending a Mets game just before the team was about to move to their new stadium. I never heard of the book but now I want to read it! 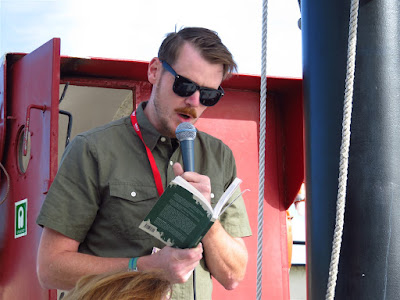 He was followed by Dan Robson, co-writer of Change Up with Buck Martinez. He insisted that when he read from the book, we listened with Bucky's voice. He was funny and informative. 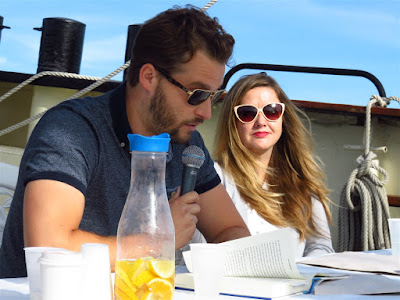 Andrew and Dan read from their books as they were already out. Stacey May Fowles and Morgan Campbell, both baseball writers who approach the game from different angles, joined in the discussion afterwords and all took questions from the audience. 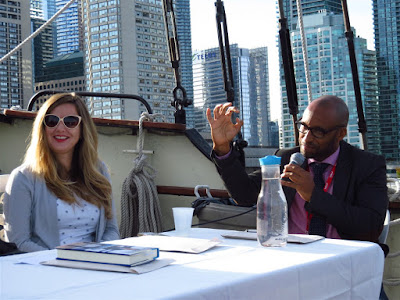 I always thought Word on the Street was just a book selling fair but it is much more. I'll definitely be back next year!
Posted by Swordsman at 21:15