The Last Blue Jays Home Game of the 2016 Regular Season Tonight Teena and I were at the final home game of the 2016 Toronto Blue Jays season. The Jays came into the game with a one game lead over the Baltimore Orioles in the fight for home field advantage in the sudden death wildcard game and were playing the Orioles. Needless to say, it was a huge game for both teams with only three games after tonight left in the season.

I have never seen this before ... an interesting umpire huddle at home plate before the game. 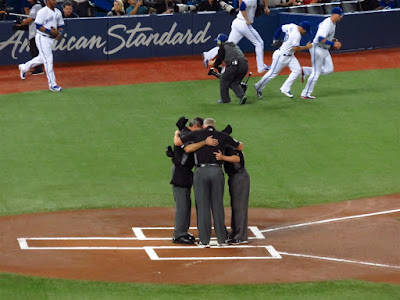 Marcus Stroman fires the first pitch of the game. 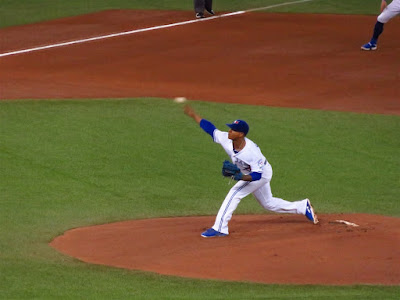 The Jays bats were pretty quiet tonight. Baltimore had nine hits and scored a single run in each of the third, fourth, seventh and eighth innings. The Jays just managed three hits all night long. 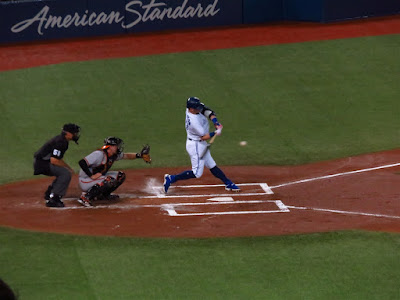 Russell Martin hits into a weak ground out. 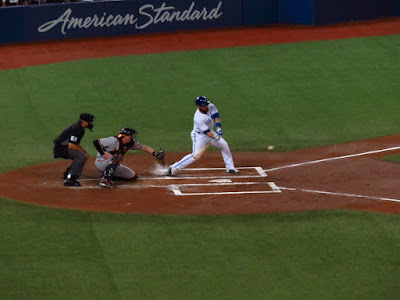 This was a soft high pitch to Troy Tulowitzki. He went hit less tonight. 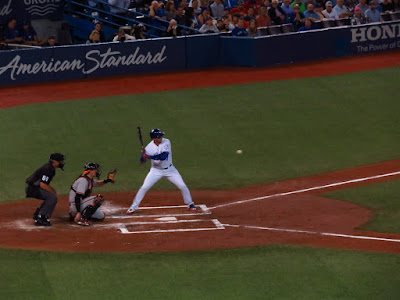 Encarnacion drives one of Toronto's three hits for a double but nobody could bring him home. 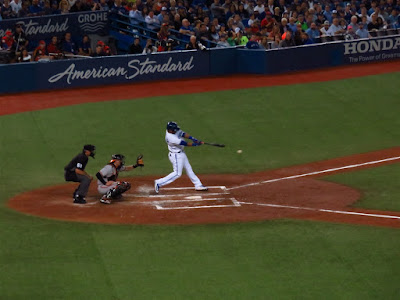 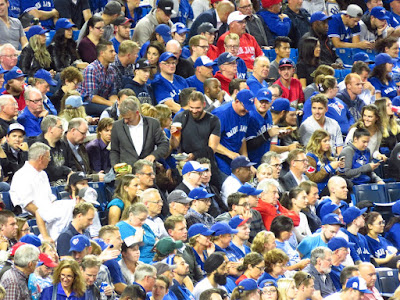 I have never seen the 50/50 draw prize this huge. Oh, what Teena and I could do with this! We always split on $10 worth. We didn't win ... but when I went to get a beer, I also came back with a $10 ticket and didn't tell Teena until after she looked at the ones she had.

Hope ... nope! Damn it, that would have been a nice cheque to come home with! 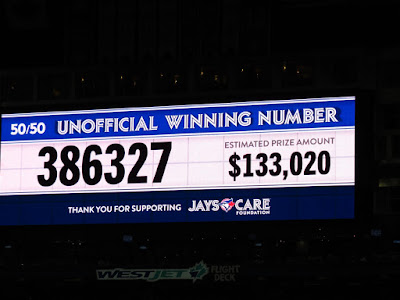 The Jays lost 4-0. If this post sounds like I have given up, well, you don't know me. It's a bump in the road and I still feel that after this weekend, where we go to Boston for the final three games, that we will come out not only in the wild card game but hosting it! 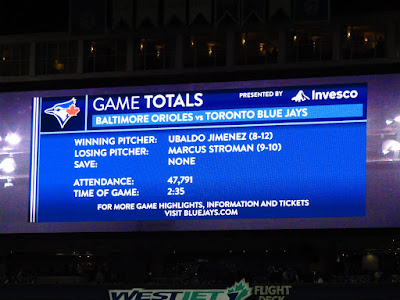