Beer of the Week - Prestige Lager 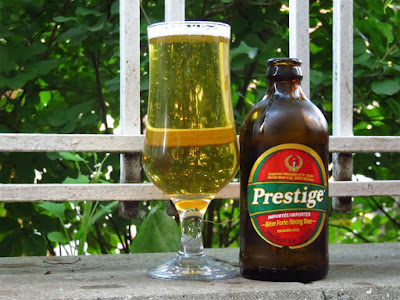 Teena was in Quebec this week and returned home with some beers that I cannot get in Ontario. Two of them were Prestige Lager from Brasserie Nationale d’Haïti (BRANA). I love that they come in stubbies ... it takes me back to the seventies in Canada when all beer came in stubbies. Beer shelves then did not take up as much space as they do now.

BRANA was founded by Michael Madsen from Denmark. He was on a hunting trip with a friend whose family owned a Jamaican brewery where he was convinced that Haitians did not have their own brewery and needed one. So the brewery was opened in 1973 and Prestige was launched three years after. It still is the only beer that is native to Haiti and this one line holds 98% of the Haitian market.

In 2011, 95% of the brewery was bought out by Heineken, The brewery also makes Pepsi, 7Up, athletic drinks and a whisky.

First of all the label says strong beer but comes in at 5.5%. The laws there must be a little tighter than here.

Prestige pours an extremely light golden colour, one that is easy to see through. It has a small white head and there is a little biscuit aroma to it.

The taste is much stronger than the looks imply. It is like a North American lager but amplified. Sorry, that's the only way I can describe it. A pronounced biscuit flavour comes through. There is a little bitterness in the finish but not much.

A nice lager and I'm glad that Teena brought me home two as I'm going to have the next one right out of the stubby, just like the old days. 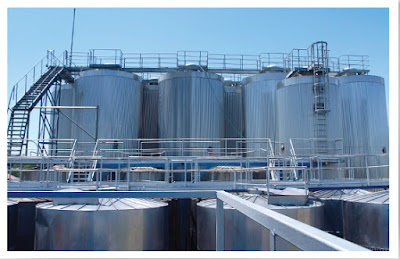 Labels: Beer of the week, Haiti