A Chorus Line at the Stratford Festival 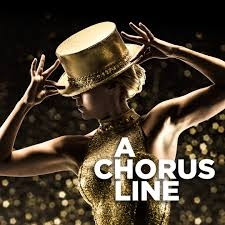 Many years ago, Teena and I saw a small production on A Chorus Line at Stage West in Mississauga. We enjoyed it so when we saw it was going to be at the Stratford Festival this year, we bought our tickets right way.

It is playing at the Festival Theater by the Thames River. We took the Stratford bus from Toronto to downtown Stratford, had a snack and a beer at a new spot in town, The Hub, then walked through a bit of drizzle to the theater. 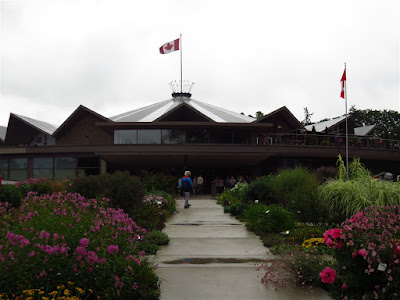 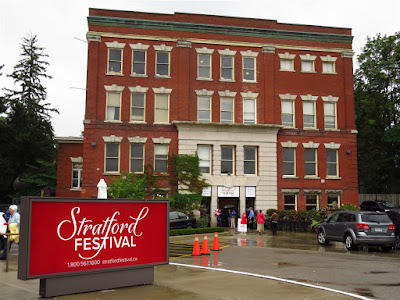 We passed William Shatner's plaque in front of the Avon Theater along the way which was unveiled last year. 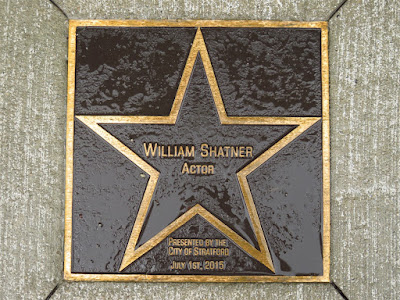 Trumpeters give the ten and five minute warnings. Now about the play.

On stage, they move as one. But each member of that glittering line has a unique history of hope and heartbreak, revealed in the life stories they share in this inspiring musical masterpiece.

A Chorus Line first opened on Broadway in 1975 and set a record for the longest running play until their record was broken by Cats in the nineties. In 1976 the play won the Pulitzer Prize for Drama.

The production we saw yesterday ran two hours with no intermissions, unusual for a play of that length. I can see why. It would be hard to put a break between the flow of stories.

One interesting aspect of the play is that there is really very little stage design involved, as it is about the final tryouts for dancers, the chorus line in a Broadway show. No set involved but I enjoyed the way the walls behind the dancers would rotate from humdrum brick to lit up mirrors.

The acting was excellent. The play has humour and drama, and I found myself cheering on some of the dancers to make the final cut, such as Sheila, fabulously played by Ayrin Mackie. Her character, I felt, had the greatest development during the show. There were no poor performances but I thought hers stood out.

Some of the stories I found to be overly long as was one of the dance numbers but when it comes down to it, this was a great show, well-performed and well-worth the trip to Stratford.
Posted by Swordsman at 10:52