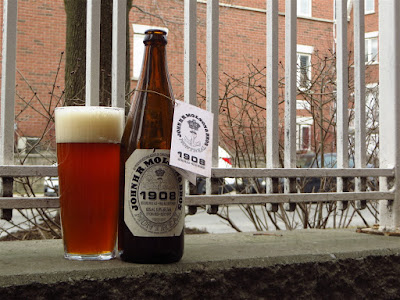 I love craft beers. They are full of flavour. Once in awhile if I end up in a place that doesn't serve craft beer, (gasp!), I'll order a Molson product. Back in the winter though, Molson came out with a unique beer, John H.R. Molson 1908 Pale Ale. What makes this so unique is that this beer is a re-creation of a beer recipe a brewer found by brewer Keith Armstrong in the company archives.

An article in the March 4, 2016, Toronto Star describes some of the difficulties in making this recipe as authentic as possible and how they over came them. The recipe was very clear about what quantities and which exact ingredients should be used, but things like barley has changed over the years making it difficult to create the exact malt that needed to be used.

To quote from the article, “Just to stop and say ‘what was going on in 1908?’ I mean, the boundaries between Quebec, Ontario and Manitoba weren’t set until 1912. Alberta didn’t join Confederation until 1905. It’s pretty amazing to think that we’re doing something that would have been done the same way back then,” said Armstrong.

It pours a cloudy amber colour with a slightly off white, meringue like head. Lot's of malts and a little caramel come through in the aroma. Nice lacings are left along the inside of the glass, showing it is made with pure malt with no adjuncts like rice added.

The aroma didn't tell of any hops in this pale ale, but they are there in the taste. On my first sip, the malt comes through but then the hops start making their presence known quite quickly. I taste the malt sweetness, then I sense a bit of bitterness coming, which grows continually right through the finish.

Molson Coors says the 1908 is being offered as a limited release. Why? It's far better than anything else they brew. They had to buy Creemore, to have a decent tasting lager in their portfolio and then they had to buy Granville Island Brewery to have a decant tasting ale to offer customers. Now they create or recreate a very nice pale ale made with their own in house brewers, and only offer it for awhile. If this was an everyday offering, I would be buying it along with the craft beers that I really enjoy. 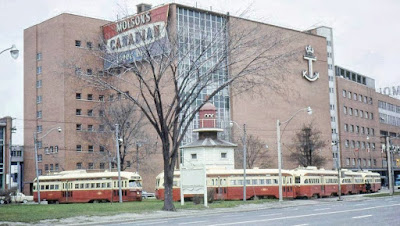