Plucked at The Theatre Centre

Tonight Teena and I went to see the opening night performance of Plucked, being performed on the main stage at The Theatre Centre. It is part of the 2016 SummerWorks schedule, whose festival runs from August 5 to 14. 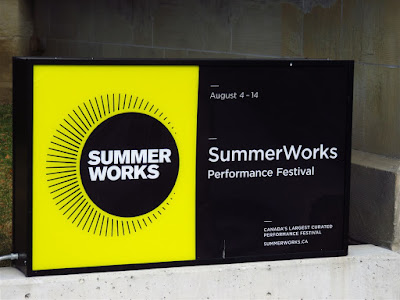 There were many reasons to go see this play. Teena and I both enjoy live theater, the Theatre Centre is a short walk from home, we have been to plays at Summerworks before and have enjoyed how out of the box most of them are.

One of the main reasons to attend this play is that the daughter of our friends Qianna MacGilchrist, is one of the main characters in Plucked. She recently completed her first year in the acting program at the National Theatre School of Canada in Montreal. In high school she went to Unionville High School as part of their Arts Unionville Drama Program. It was exciting to see her at Summerworks.

The description of the play is interesting:

Infusing comedy, bluegrass music, and a complete lack of sentimentality, Plucked is set in a world where fear turns women into chickens, eggs are high currency, and vaginas are near-dangerous possessions. Plucked skewers patriarchy without holding punches. It exposes hard truths about fear and family. It’s funny because it’s fake; it’s vulnerable, but it’s okay because it ends with a curtain call, but it’s not okay because it’s familiar. Plucked is, after all, a true story. It’s just full of lies.
The play is as absurd as it sounds, but in a very excellent way. Now you might think this is a bias review. Believe me if I hated it, I would not have lied in a review, I just would have skipped doing this and watched the Jays game, but I really enjoyed it. The rest of the audience did too.

People were laughing and I was totally caught up in the plot, crazy as it was. No play works well without great acting. Yes, I truly loved Qianna's performance as Fourteen but tonight I saw no weak actors. Tim Machin, who is not only the music director but played Rooster, told the background story in song, while playing the banjo, and became part of the story, and was fabulous. Sochi Fried, who played Abigail was excellent. She plays an excellent chicken. Even when the action was on the other side of the stage, she would still be pecking or cleaning, and, yes, I bought her all the way as being a chicken.

There are only six performances left. The play is well worth seeing. 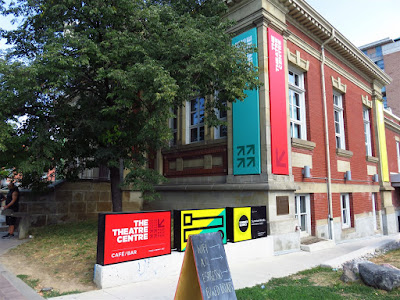