Beer of the Week - Four Beers from Sweden 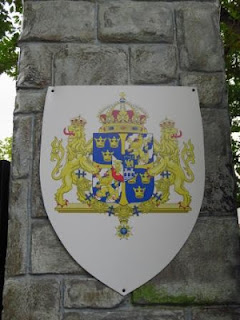 Last Sunday Teena and I were at the Toronto Festival of Beer. Each year the festival features a region or country. This year it was Sweden. Excellent as I have never had a Swedish beer before.

According to the Oxford Companion to Beer,  drinking vessels with beer residue in them have been found in excavations that date back to the Nordic Bronze Age which dates from 1700 to 500 BC. Before the introduction of hops to the country, beer was made with bitter herbs, rowan berries, sweet gale and yarrow. Although records show that hops came to Sweden in 1100 AD, recent research shows that hops may have been brought in much earlier than that by the Vikings.

According to the European Beer Guide, in 1810 there were 43 breweries in Sweden. That expanded to 554 breweries in 1890, when the number of breweries started to shrink. After World War II, the country had 138 breweries and as what happened all over the world, the big breweries started to buy out and shut down the smaller ones, 'til there were only 18 left in 2006. According to an article in All About Beer magazine, there now are over 100 with more opening each year.

So how do they taste? 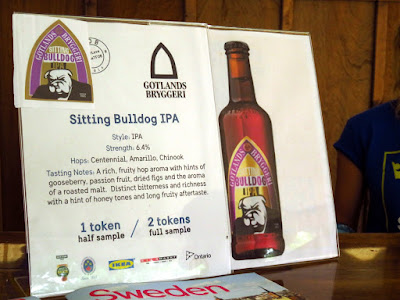 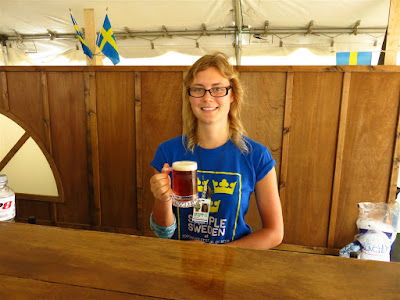 The first Swedish beer I tried was a Sitting Bulldog IPA from Gotlands Bryggeri. It poured dark amber in colour with an off-white head. This was an English-style IPA that had funky and earthy tones in the aroma. It started off with a bit a caramel malt, before the English hops started to come through. The bitterness increased right through the long finish. It wasn't an overpowering bitterness, but one that was quite nice. A very well done IPA. 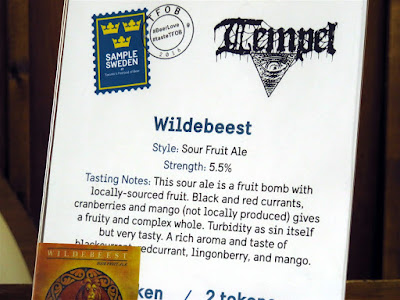 Next up was a Wildebeest from Tempel Brygghus. I wasn't thinking and didn't take a photo. Dumb, dumb, dumb! I went back later to have another and take a picture but it was already sold out.  This beer was unfiltered and poured a hazy white grapefruit colour. A breeze came up so I could not sense the aroma. A wonderful sourness was there right away. It took a while to identify the distinct flavour that is in this, which is currant. I checked the sign which confirmed there are currants in this. A fabulous beer and one of my very favourites of the day. I can see why it sold out so fast. 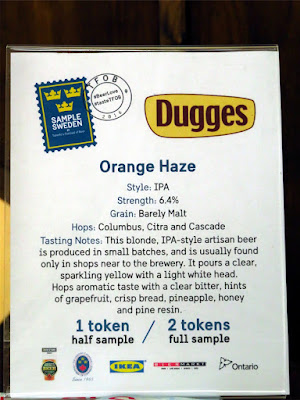 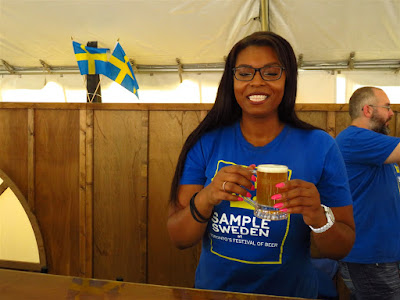 Dugges Bryggeri had an Orange Haze Sour. (Interesting note: their website says you must be at least 25 years old to enter. Quite strict!).  It poured a dark straw colour with a white head. There were no prominent flavour notes that came through but was fabulously sour, likely the sourest one yet, from start to finish. It was such a hot afternoon that a sour beer like this works very well. Another enjoyable beer. 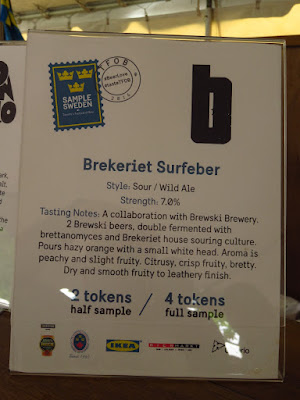 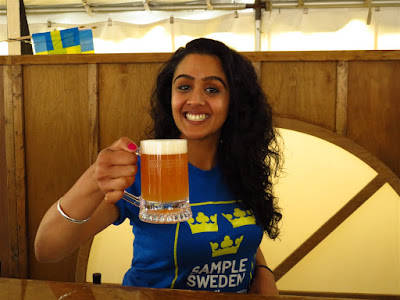 The Brekeriet Surfebur from Brekeriet Beer AB was double the cost of the others, likely as it is a wild ale make with airborne yeasts. It poured a light yellow, maybe white grapefruit in colour with a white head. Wow! When I sipped, the sourness punched me right away. This was a full flavour, in your face, sour ale. It was the sourest of them all and a wonderful brew. At 7% apv, this is a very dangerous ale as you don't notice the high alcohol in the taste, just that fabulous sourness. 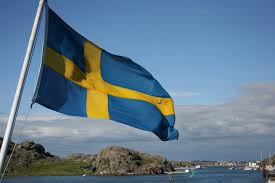 I was speaking to one of the brewers who explained to me that sours and IPAs are currently very popular in Sweden. I can see why and would buy any of the above beers if I could. Currently, though, they are not available in Ontario. Damn!

Labels: Beer of the week, Sweden