Beer of the Week - Wanderlust IPA 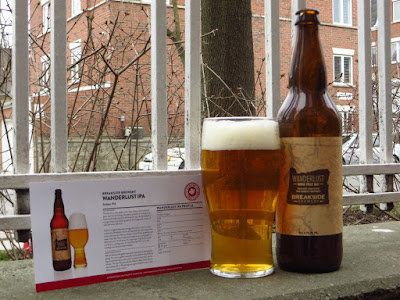 In my March delivery from Canada Craft Club was a 650ml bottle of Wanderlust IPA from Breakside Brewery, located in a city that I have wanted to visit for sometime, Portland, OR. From what I have read and heard, Portland sounds like beer heaven.

Breakside opened up as a brewpub in 2010. Only a year later, they won a silver medal at the 2011 Great American Beer Festival in Boulder, CO, in the Classic Irish-Style Dry Stout category. In 2013, Breakside opened another location on the other side of the city. At the 2014 Great American Beer Festival, Breakside won a gold medal for their Breakside IPA in the American Style India Pale Ale category and a Bronze medal for what I am going to try today, the Wanderlust IPA, in the American Style Strong Pale Ale category.

So, how is the Wanderlust?

It pours a golden colour with a good white head that takes its time dissipating. There is lots of bitter citrus in the aroma. On my first sip, the bitter citrus hits me immediately and stays right through the finish.

This is not a complicated layered beer but is not meant to be. It is tasty from start to finish.

When I finally do manage a vacation in Portland, I'll be paying this brewery a visit! 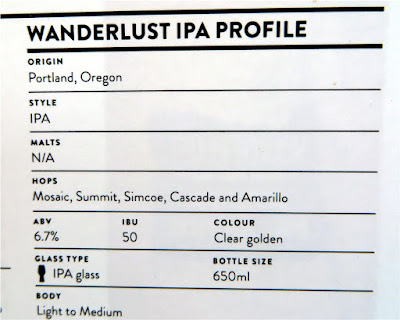