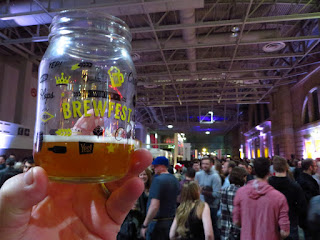 Tonight Teena and I went to the first Toronto Winter Brewfest at the Enercare Centre at Exhibition Place. 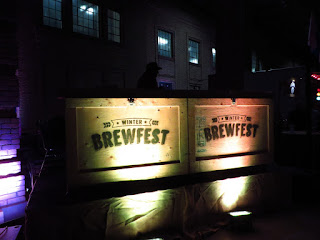 We arrived about 6:10pm (the venue opened up at 5pm).  It only took us about ten minutes to get through as the initial lineup was gone.  We met up with with our friend, Denyse, just after we arrived. 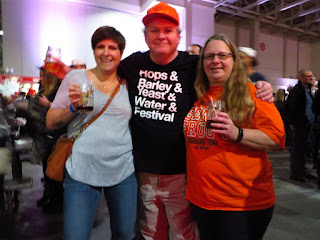 The beer cost a lot more than other beer festivals ... it was $3 or $4 dollars for a 4 oz pour, compared to $1 at most beer festivals we attend but that didn't deter attendance. The place was packed. 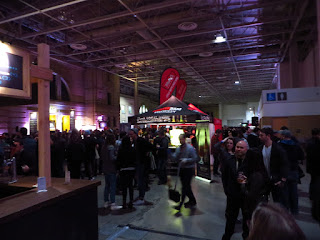 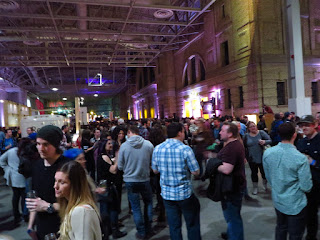 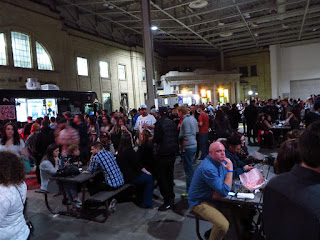 I started with an Orange Tie Wrap, which is called a Saison IPA, from Gainsbourg Microbrewery, just across the river from Ottawa in Gatineau. I love Saisons and IPAs but kind of snickered at the combination. 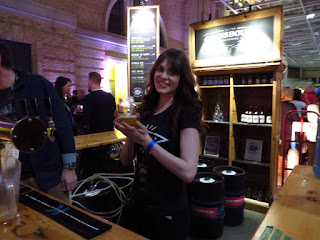 Hey! It worked for me. It starts with that lovely Saison kind of spiced taste that comes from the yeast, then a wonderful citrus comes through. 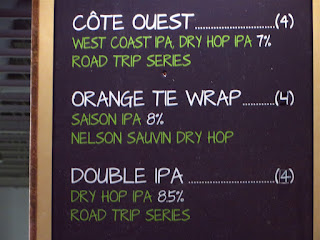 Later I had the Cote Ouest West Coast Ale, which was excellent too. My second last beer of the evening was another Orange Tie Wrap. Needless to say, if either of these were in the LCBO I would buy them.

Next I had a Red Rye, Red Rye, from Ashton Brewery.  It was excellent. My server really hammed it up for the photo. I like fun people. 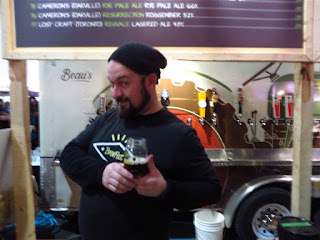 Besides the high alcohol, barley wine and hard liquor, I had a good laugh over the cost of this.

There was a midway game too. One ticket put you into a horse race. The winner received five tickets. I didn't play but it was very popular. 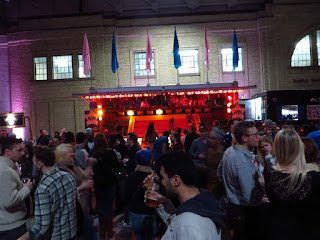 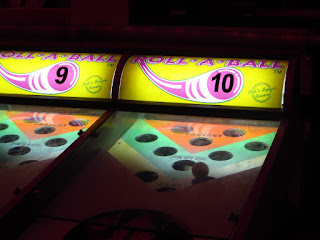 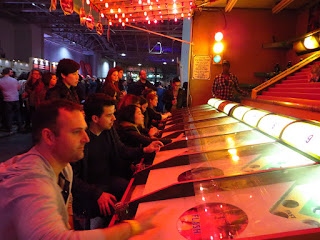 My last beer of the night was a Black Oak Brewery, 10 Bitter Years Double IPA. I love finishing with that brew. 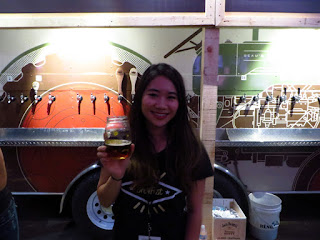 There were many complaints about how crowded and expensive the festival was. The layout was poorly designed.  Any booths in the middle cut down on the flow of traffic and it all needed to be in a much larger area. The beer is much more expensive too.

As usual, we met many great people at the festival. Meeting new people and drinking excellent beer is what these festivals are about.

As this is the first year of the festival, kinks have to be worked out. From the feedback Teena and I have seen online, the organizers are listening and working on fixing the issues.

Teena and I will be back next year, to hopefully a better organized festival. 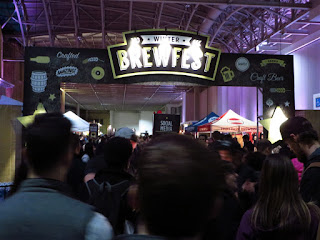 Glad to see these photos from The First Annual Toronto Winter Brewfest. Thanks for this brilliant share. At Seattle convention center I too attended a brew fest event last year. Had a great time there and will love to attend it in future.