"Anything Goes" at the Lower Ossington Theater 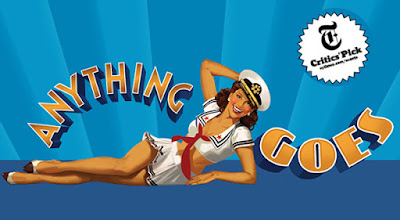 Tonight Teena and I saw Cole Porter's Anything Goes at the Lower Ossington Theater.

ALL ABOARD! One of the greatest musicals in theater history, Cole Porter’s first-class musical comedy is sailing into Toronto! When the S.S. American heads out to sea, etiquette and convention get tossed out the portholes as two unlikely pairs set off on the course to true love... proving that sometimes destiny needs a little help from a crew of singing sailors, an exotic disguise and some good old-fashioned blackmail. Peppering this timeless classic are some of musical theatre’s most memorable standards, including “Anything Goes.”

Like everything else we have seen at the Lower Ossington Theater, Anything Goes did not disappoint. Although it is a little dated, having been first performed in 1934, the play is still quite funny and enjoyable.

The performance is very lively and lots of fun, with lots of very familiar tunes like I Get a Kick out of You, You're the Top, and of course, Anything Goes, which was redone in 1967 by Harper's Bizarre.

The onstage version is definitely  more lively than Harper's Bizarre, but here it is as this is the way I heard it for the first time.


If you like musical comedies, it's definitely worth checking out. 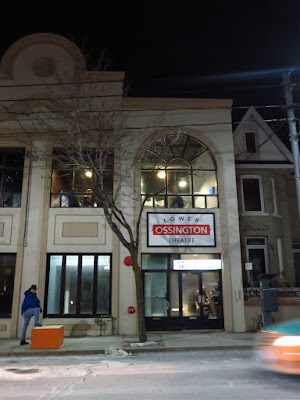