Beer of the Week - Cauld Reekie by Stewart Brewing 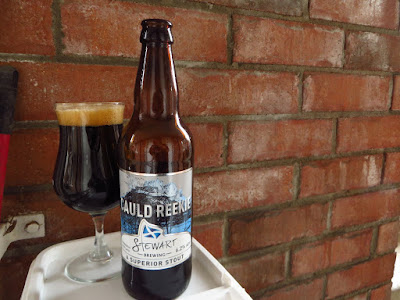 Tomorrow is Robbie Burns Day, a day that celebrates Scottish poet Robert Burns, on his birthday. So instead of eating Haggis, a dish I've had before and surprisingly liked, I thought instead I would have a Scottish beer.

Stewart Brewing, from Edinburgh, Scotland, has starting shipping its beers to Canada and today I am trying their Cauld Reekie Stout.

The brewery was opened in 2004 by husband and wife, Steve and Jo Stewart, who ran it on their own. The company has since grown and now has 25 employees and an ample beer list. They concentrate mostly on cask ales also known as real ales, which is the core of their business. I'm glad, though, that they do bottle as now I can try a beer from far away. 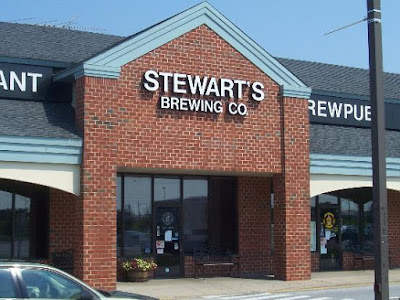 The name is quite interesting. It is a play on an old nickname that Edinburgh has which is auld reekie,(old smokie due to the smoke from all the coal fires in the city), the nickname for Edinburgh many years before. Cauld Reekie was first released in 2008 and won European Gold in 2014 and took Silver in the stout category at the 2015 World Beer Awards.

The Cauld Reekie pours black with a dark brown head. Lots of coffee and some chocolate leap from the aroma. This is a strong tasting stout, with a bit of an edge to it. Coffee comes through strong when I sip followed by a little bitter hops at the end. The layers do not stop in the finish. Instead, between sips, there is a very surprising, pleasant chocolate taste that lingers on.

I'm glad that I picked up two 500 ml bottles. It's a stout that I would have again.