The White Buffalo in Concert 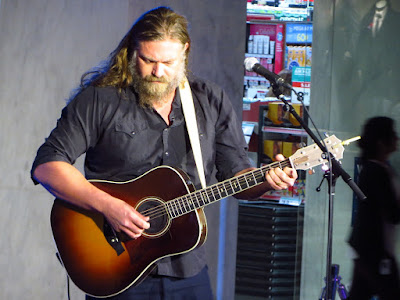 At lunch hour today I went down to see The White Buffalo in concert at the First Canadian Place waterfall stage.

The bourbon-soaked, chest-rattling voice of American folk icon, THE WHITE BUFFALO, has found a home between grace and grit, but wanders to both sides of the spectrum in heart-crushing extremes. Whether he's describing the events of a dark and deadly drug deal gone south, or waxing poetic in a bold anthem of love, Smith can strip the story down into a raw emotion that feels personally relevant.

As Billboard Magazine describes, “His voice is Eddie Vedder with more Jameson: his attitude is Johnny Cash with more empathy.” 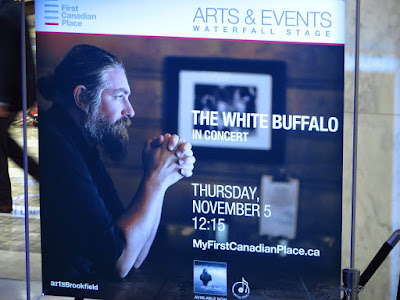 Here is a song from his latest album, Love and the Death of Damnation.


He was quite good. I enjoyed his music and wished I could have stayed for the full performance but only get a half hour for lunch. Too bad. 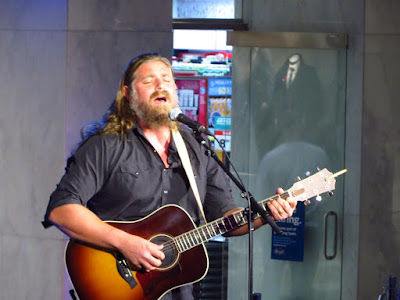 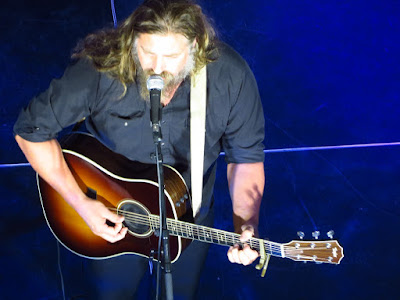 First Canadian Place will be putting on these concerts every Thursday in November. It's a great way to spend a lunch hour.
Posted by Swordsman at 14:00