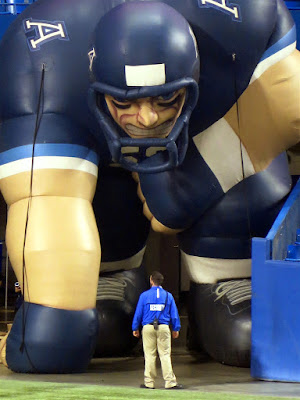 My friend, Roger, got us tickets for tonight's Toronto Argos game against the Winnipeg Blue Bombers at the Rogers Centre. This is the last game the Argos' will play there as Rogers has not renewed their lease and the Argos will be playing next year at BMO Field. It's a good move for Rogers as they are putting down real grass in the stadium for the Jays to play on. I think the Argos will draw better playing on real grass in an outdoor stadium. It worked well for the Alouettes in Montreal.

I don't think the Argos appreciate it, though, as the Argo stadium announcers refused to call the stadium the "Rogers Centre" and  referred to it all night as the "Skydome", the stadium's original name. 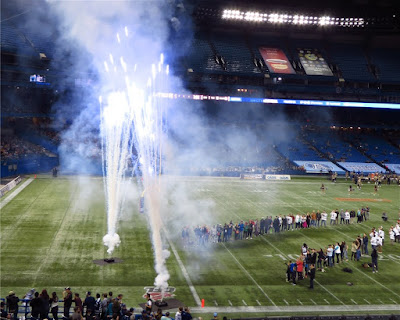 Except for the historical fact that it is the Argos' last game at the Rogers Centre, the game was meaningless with the Argo's having already clinched 3rd spot in the East but not being able do better in the standings and the Blue Bombers having already been eliminated from the playoffs. Being a Ti-Cat fan forever, it is hard for me to cheer for the Argos and tonight was no different. Go Bombers! 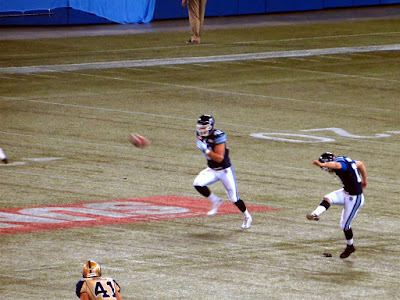 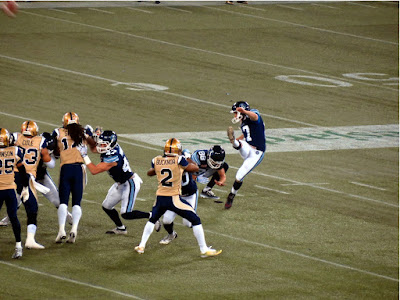 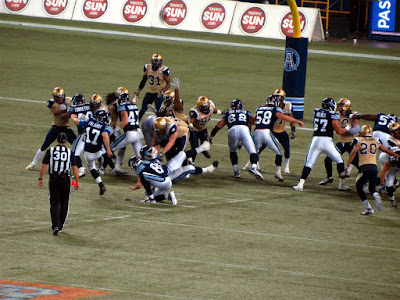 He didn't come down with the ball and the Bombers had to settle for a field goal. 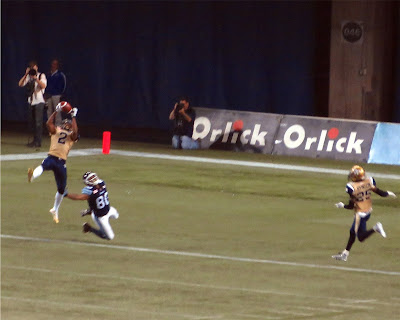 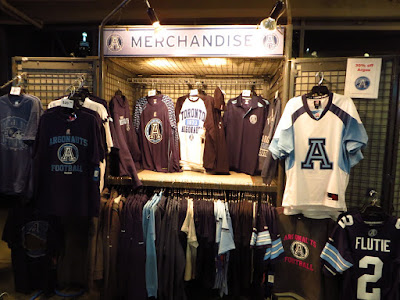 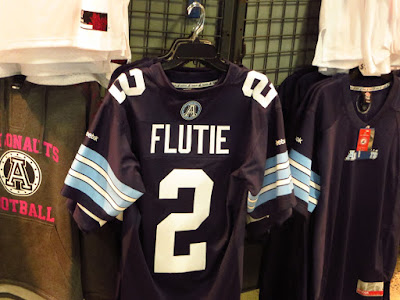 The halftime show. They were great but I can't find out who they were. 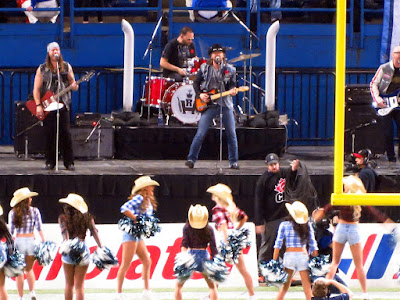 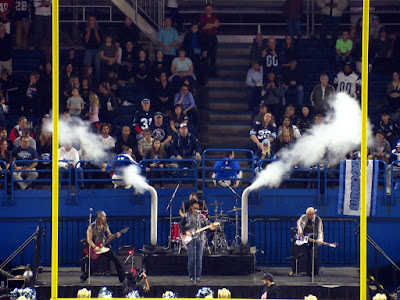 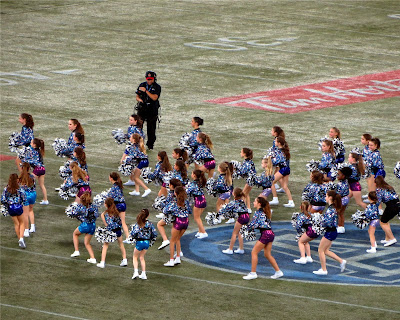 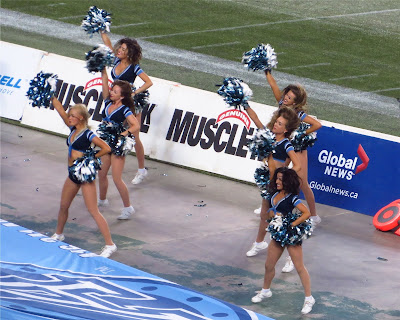 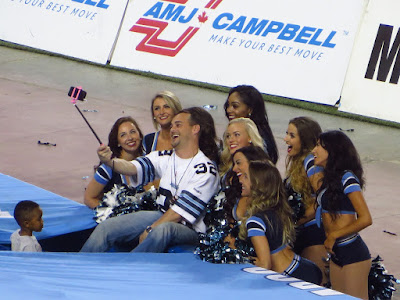 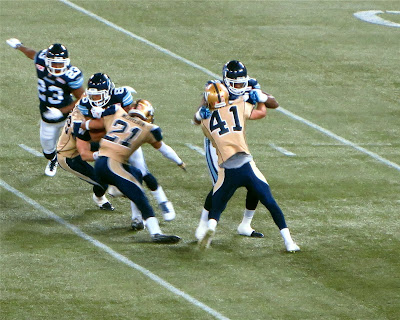 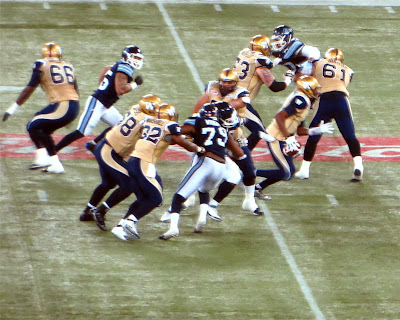 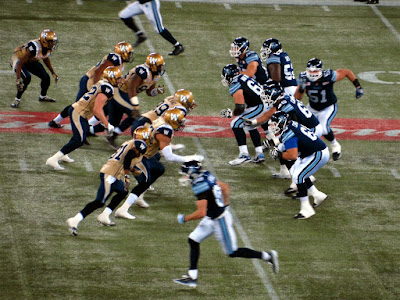 The Argos fanatic corner. Horns, trumpets, drum and painted fans ... making noise and cheering on the team all game long. 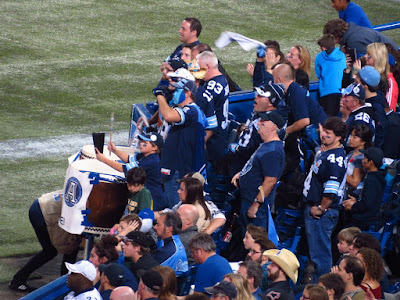 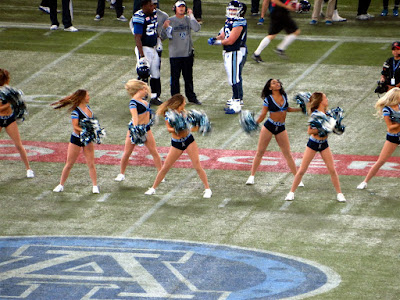 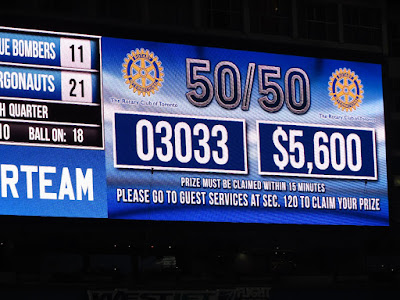 No we didn't win. 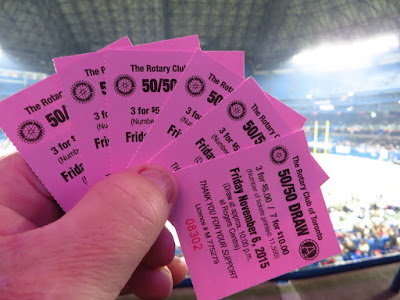 Game over and the Argos win! 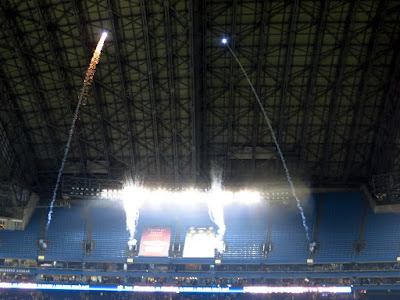 The players congratulate each other but are heading home for the off-season. 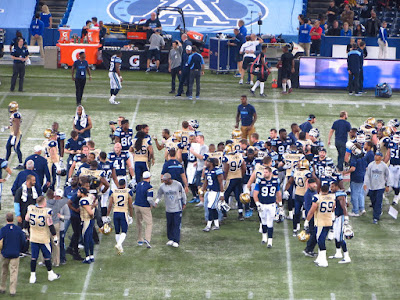 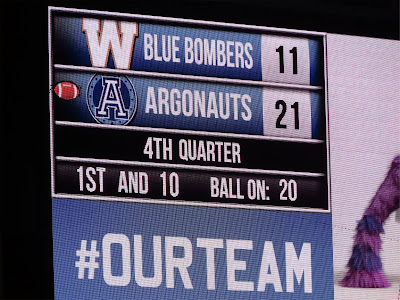 I'm looking forward to heading to BMO field next year when the Ti-Cats come to town. Meanwhile, I'm cheering on my Tabbies to win the 2015 Grey Cup.
Posted by Swordsman at 23:08