My September 2015 Beer of the Month Delivery 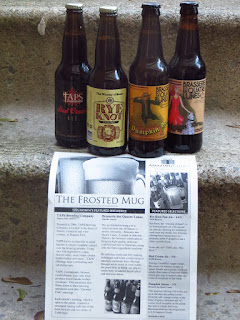 Teena worked from home today and when I arrived home from work, I was surprised to find that this month's Beer of the Month package had been delivered. If she was not at home, I would have had to wait and pick it up from the post office. As usual, a dozen beer await tasting. Two breweries each sent two styles of beers each.

And in the Did You Know section is the states that the Czech Republic has the largest per capita beer consumption in the world. At a whopping 132 litres annually per capita, they consume at a level that is almost double the yearly level of Canada, which stands at a mere 68 litres per capita.

Looking forward to getting a chill on these and giving them a try. 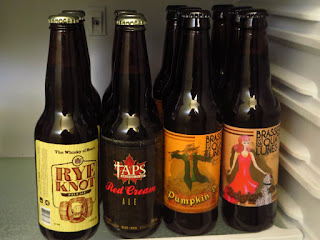