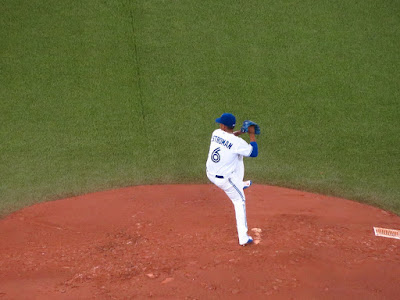 Tonight 37 of us from work were at the Toronto Blue Jays - Yankees ball game. The Jays came into the game with a two and a half game lead over the Yankees for first place in the East Division. A win would put them that much closer to a play-off berth. Marcus Stroman, who was supposed to be out with an injury for the entire season, was making his third start after having won his first two.

Before hand, about twenty of us hit the 3 Brewers on Adelaide for some beer and food. 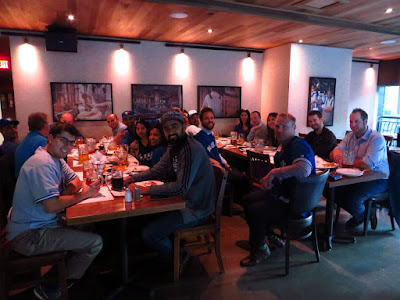 Marcus Stroman in action. Look at the bend in his arm! 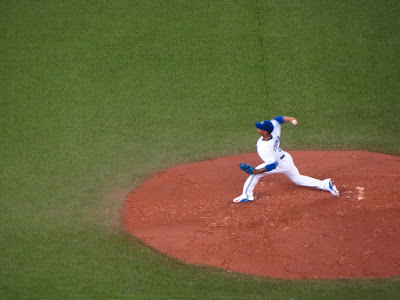 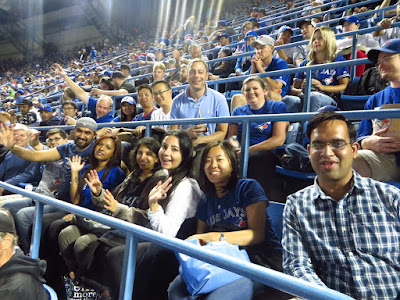 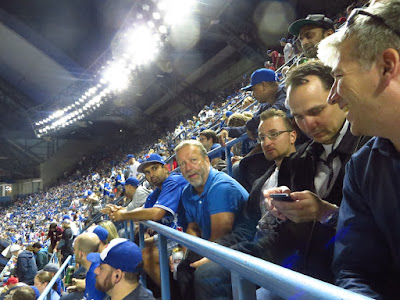 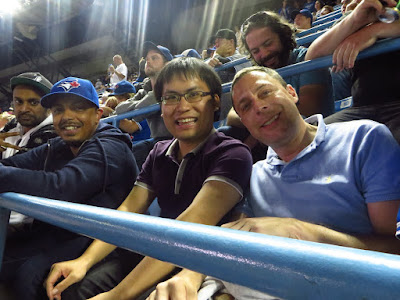 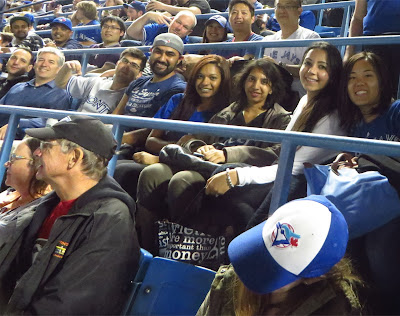 The Rogers Centre was packed. 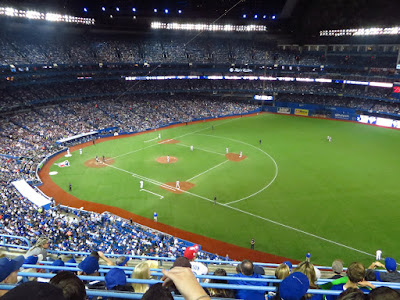 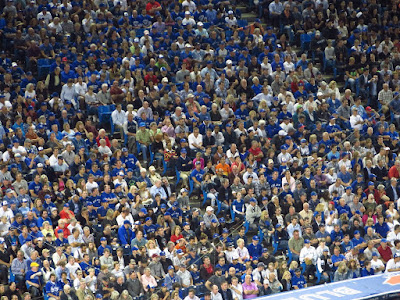 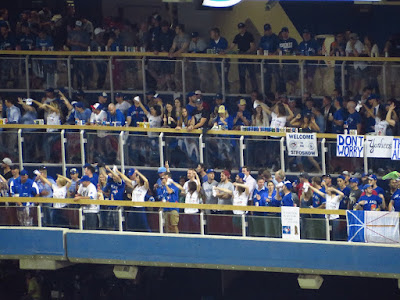 Bautista fouls one off. He went hit less for the night. 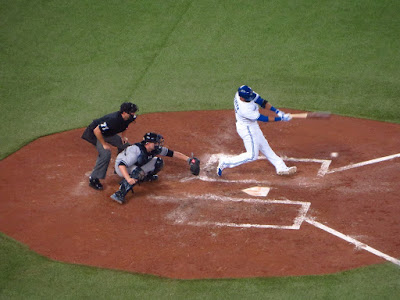 Swing and a miss. 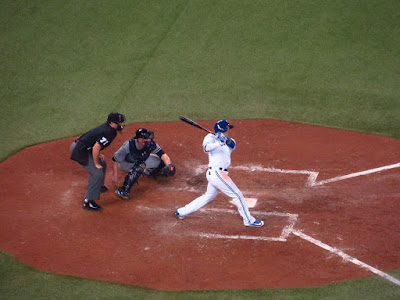 The Jays chase Ivan Nova from the game after he walked Jays catcher Russell Martin. Martin would come around to score in the inning. 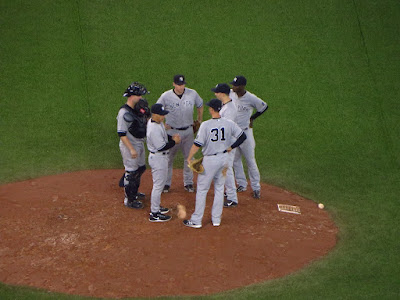 Alex Rodriguez was caught taking performance enhancing drugs and was suspended for a year. Nobody knows for sure how many seasons he did this so Blue Jay fans let A-Rod know every time he comes to bat that any record he sets will have an asterisk by it. 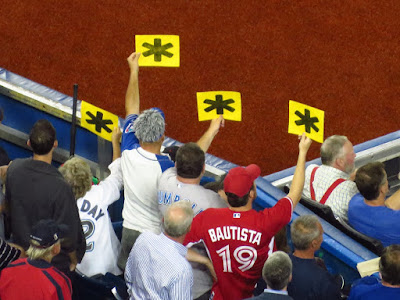 Russell Martin, who until the 7th inning had scored the game's only run, blasted a three run homer to left field giving the Jays a late 4-0 lead. In the ninth inning, Roberto Osuna came in to shut down the Yankees in the ninth, giving the Jays a 4-0 shutout victory and a three and a half game lead over the second place Yankees. 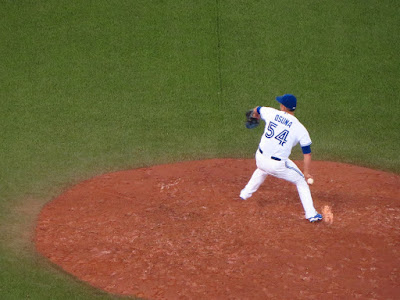 The Jays magic number is now 8. Any combination of Jays wins and Yankee loses from here to the end of the season, clinches first place for the Toronto Blue Jays for the first time since 1993. 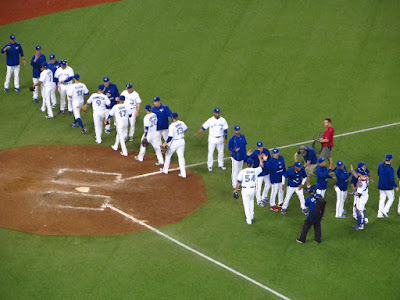 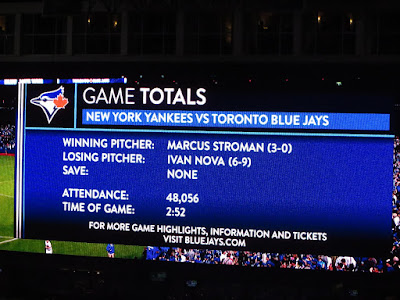