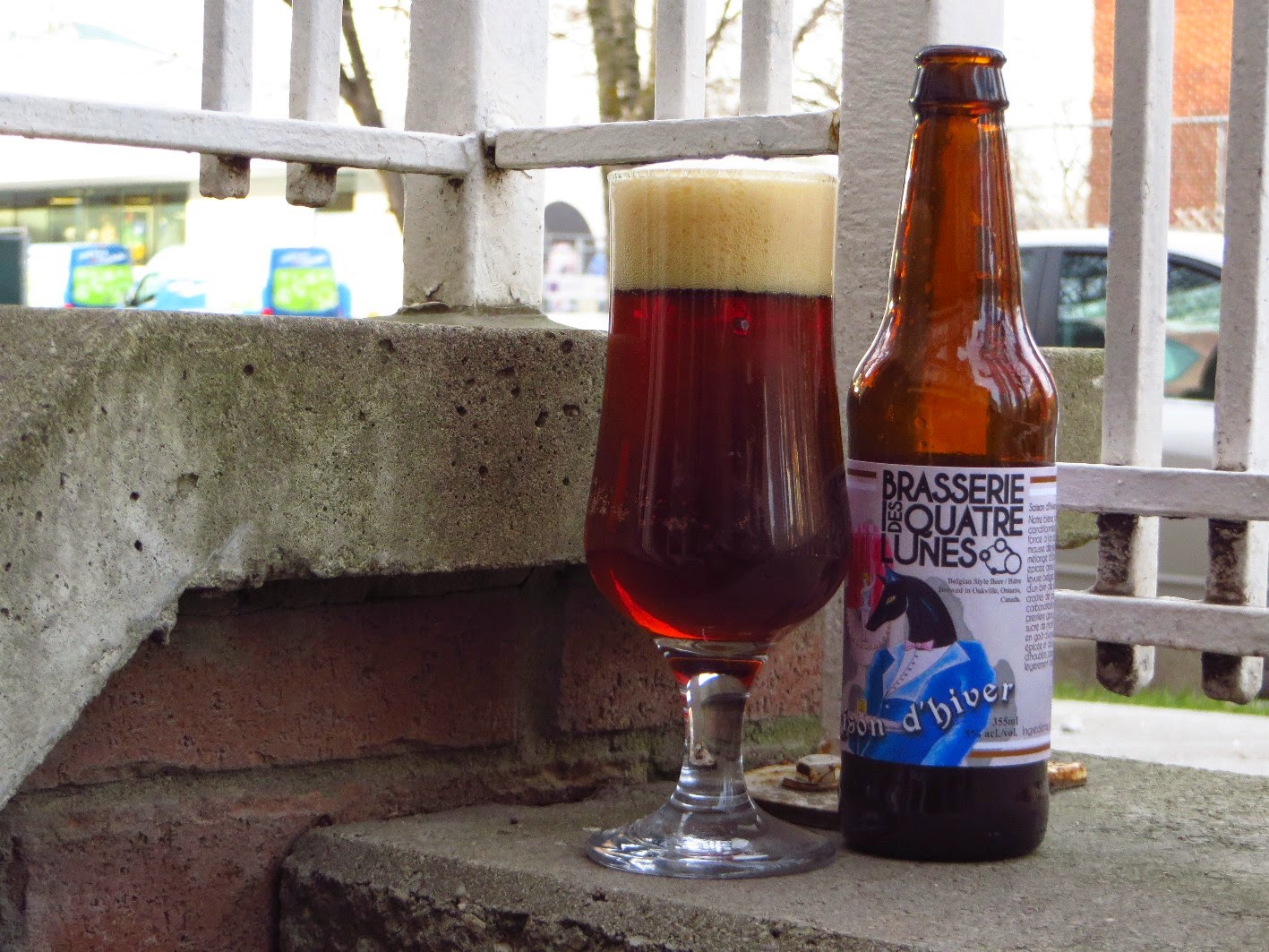 In my latest package from the Beer of the Month Club is a saison from a new brewery, Brasserie des Quatre Lunes (Brewery of the Four Moons). At least I thought it was a new brewery,  likely one from Quebec.

When I looked at the address on the beer label, I found it was brewed in Oakville. A little more research confirmed that this really isn't a new brewery but seems to be an offshoot from Trafalgar, Ales and Meads.

Trafalgar seems to have changed their business. Now, not only do they brew beer and make mead but they also have a distillery where they make vodka, whiskey and some fruit flavoured grain spirits. Nowhere on the website does it mention Brasserie des Quatre Lunes and a Google search could not turn up a website or Facebook page for the company. The general consensus in the beer community seems to be that this is a Trafalgar product.

Not that there's anything wrong with that but the lack of information about this company is strange. Talk about no marketing!

The label on the beer that came, Saison d' Hiver (Saison of Winter), says that this is a bottle conditioned, dark saison. dark saison? Should be interesting.

The beer pours brown in colour with an extremely active head. Very carbonated. When I poured the second bottle more carefully, the head came out rather silky. The beer is cloudy due to the extra yeast which was added for bottle conditioning. There is some saison spiciness in the aroma.

I love saisons but looking at one that was brown made me a little hesitant.

When I sip, there are lots of lacings left behind on the inside of the glass. A nice saison spice flavour  comes through in the flavour which is followed by just a little chocolate or cocoa. The roasted malt would produce that type of finish. The is not as refreshing as a regular saison but quite interesting.

I'll have no problem finishing what was sent to me and am very glad that I had a chance to try this. That's an advantage of belonging to something like the Beer of the Month Club. I liked it but not enough to go out and buy some more.