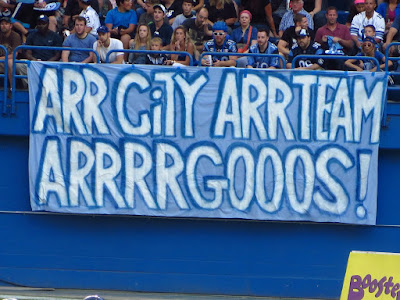 I'm a Hamilton Tiger-Cat fan ... always have been, always will be. So what am I doing at a Toronto Argo, Saskatchewan Roughrider game? The Argos home opener no less.

Our friend, Shawna, came in from Regina for a short vacation with her friend Shelli. Both are Rider fans and both have season tickets for the Riders. Teena and I had to go see a Rider game with them, besides, a Toronto loss would help my Cats. 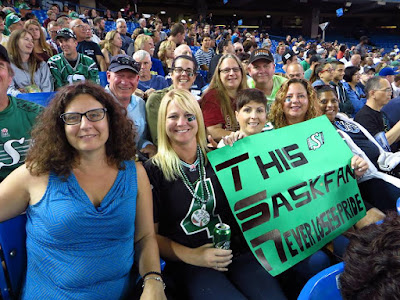 Shawna to the left and Shelly on the right. 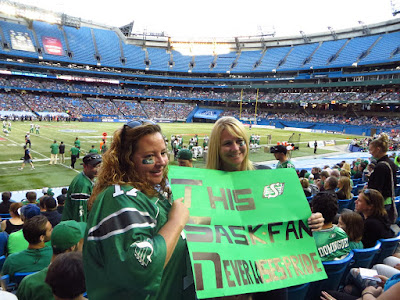 Fans on both sides were dressed up. 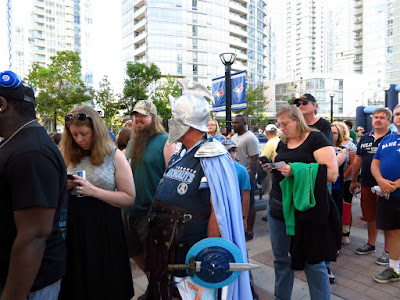 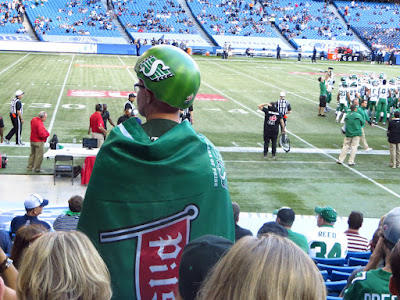 The CN Tower was in full view and people were doing the EdgeWalk way up on top. 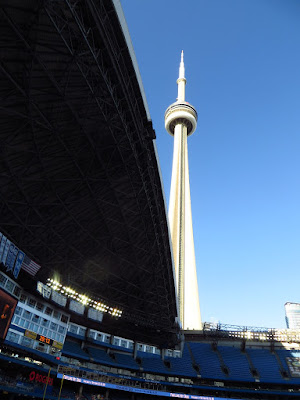 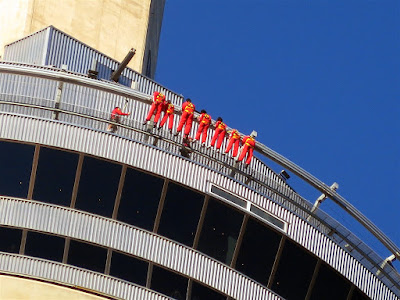 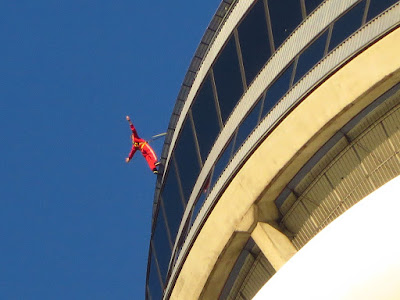 Here come the Roughriders and the Argos 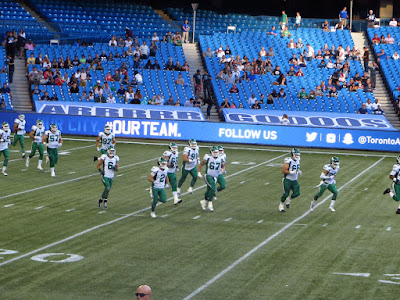 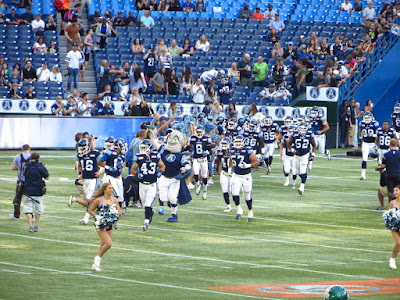 In this corner of the stadium are die hard Argo fans, drums, horns and lots of energy. 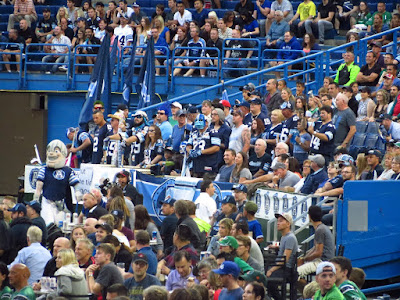 The Argos are first to get on the board with a first quarter field goal. 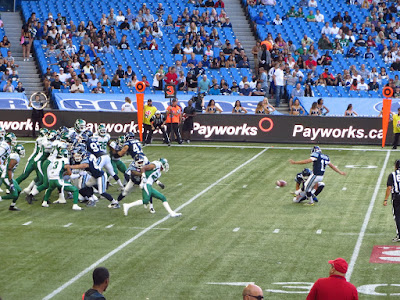 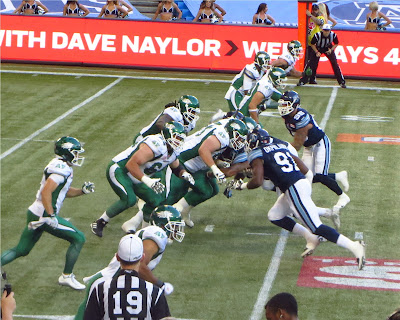 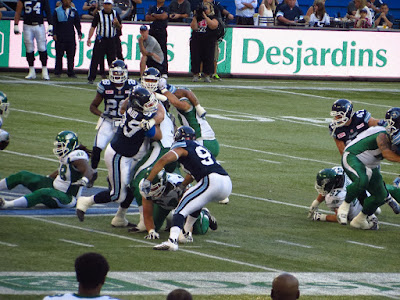 At the end of each quarter, the Toronto Argos Cheerleaders came on for a performance. 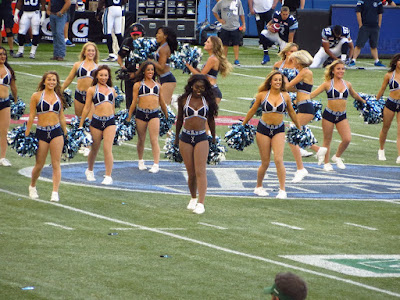 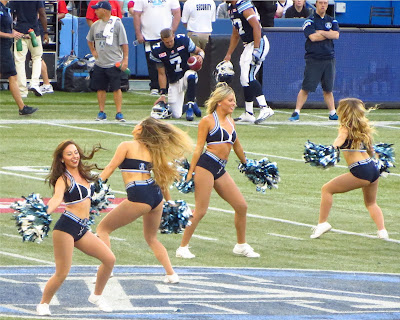 At half time, there was a game of ... soccer with people engulfed in a sphere? 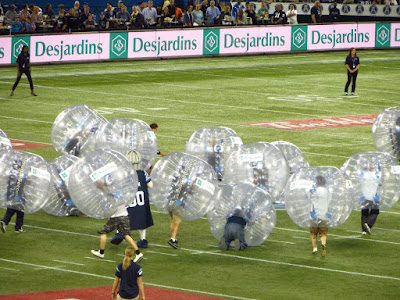 It was selfie time. Fans could take a selfie, tweet it and it may be posted on the jumbotron or guys could have a selfie taken with the cheerleaders. 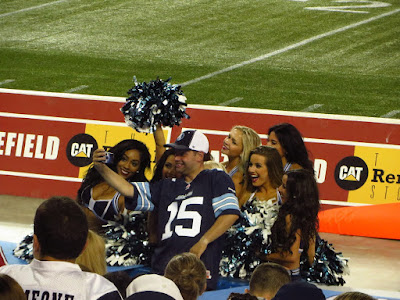 Saskatchewan led 23-16 going into the fourth quarter, then it all slipped away. 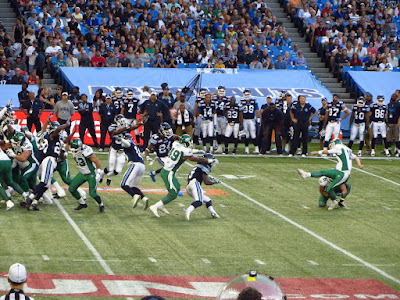 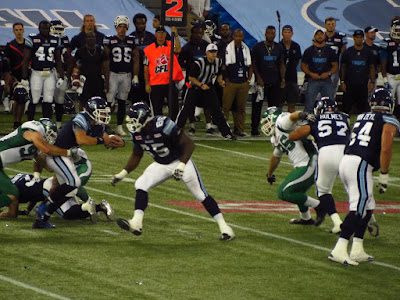 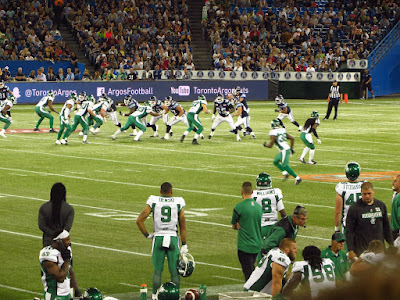 Toronto scored two touchdowns in the final quarter, but Saskatchewan were knocking on the door for the last two plays of the game, with 20 seconds left and on the Argos 15 yard line. Sadly, it was not to be. 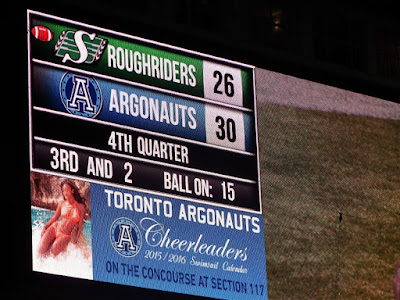 The loss drops Saskatchewan to 0-7. This season looks bleak for them.

It was fun seeing Shawna again and being at a Roughrider game with her. We have talked about this for a couple of years. Too bad the result wasn't more favourable.
Posted by Swordsman at 22:00