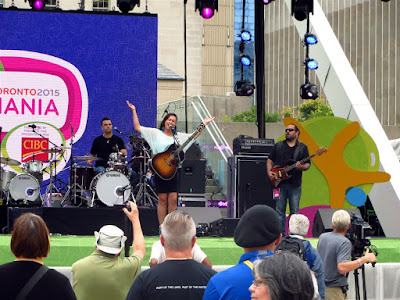 Today at lunch I headed over to Nathan Phillips Square at City Hall to see Leela Gilday in concert. 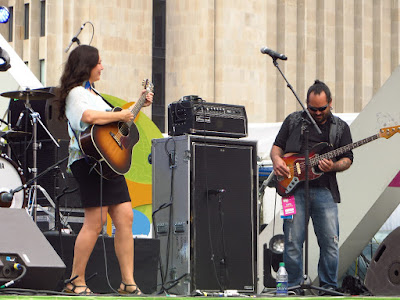 A passionate singer/songwriter and soulful performer, Leela Gilday has a voice that comes straight from the heart. Confessing her stories to her audiences with a gutsy voice and open stage presence, Gilday weaves her experiences as a northerner, a member of the Dene nation, and a traveler into a beautiful world that transports the listener. With four full-length recordings and a long touring history, Gilday has numerous awards to her credit, including a Juno, two Western Canadian Music Awards, Aboriginal Female Entertainer of the Year to name a few. 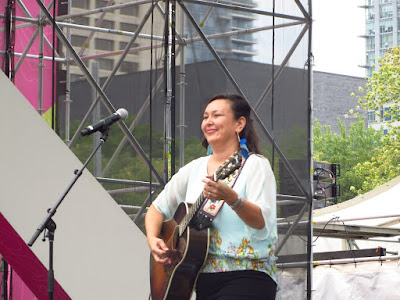 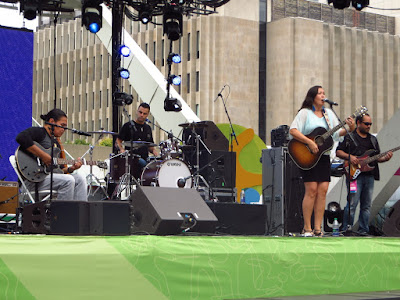 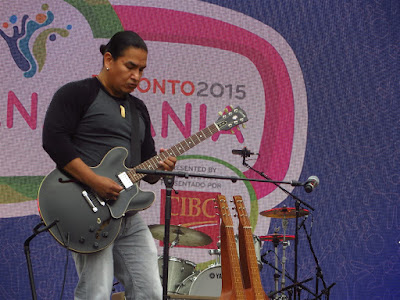 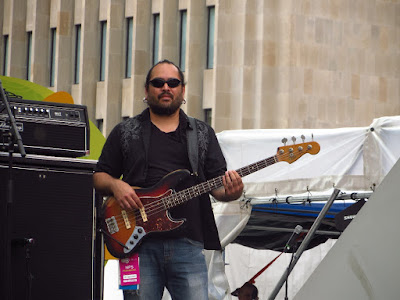 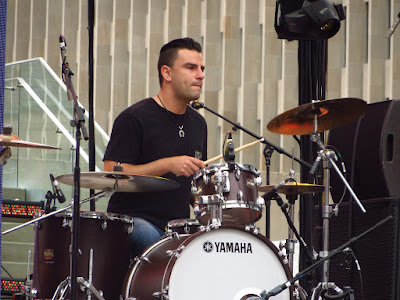 I thought she was great and had a great vocal range, especially when she chanted. My lunch ended too early and I had to leave before the concert was over, damn work! 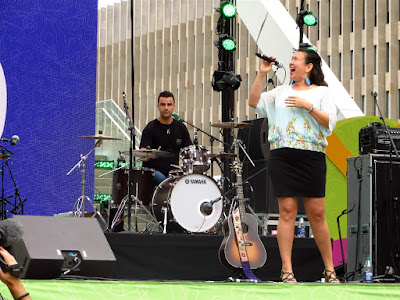 On the way out I took a shot of the Toronto sign. I`m glad it`s going to be a permanent part of Nathan Phillips Square. 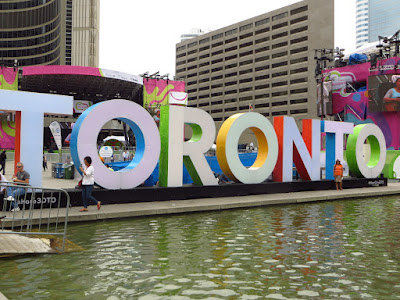