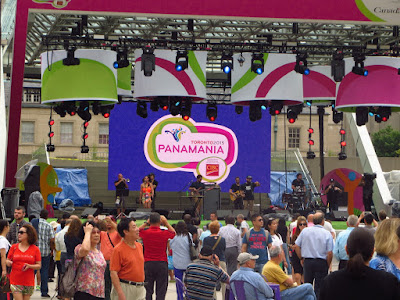 Today at lunch Heavy Sounds were playing at the Panamania event at Nathan Phillips Square in front of Toronto City Hall, so I wandered over to see what they are all about.

Solidly anchored in a merry multicultural melange, the members of Montreal collective Heavy Soundz kick it with crazy rhythms that get any party started. A caliente whirlwind of Latin urban music spiced with reggae and hip hop. A sound that gets everyone in the room moving, grooving and sweating. 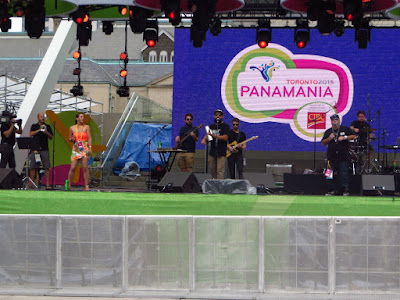 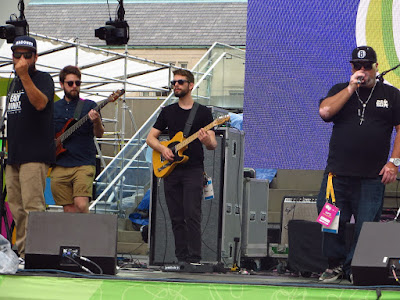 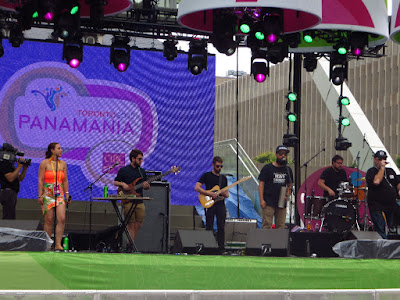 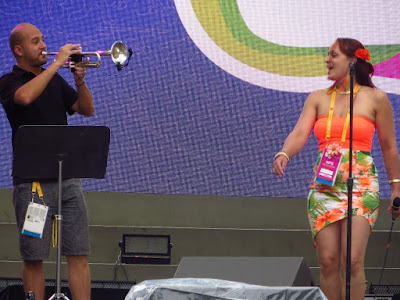 Heavy Soundz do rap and hip hop, all in Spanish and to a Latin Sound. I enjoyed it. 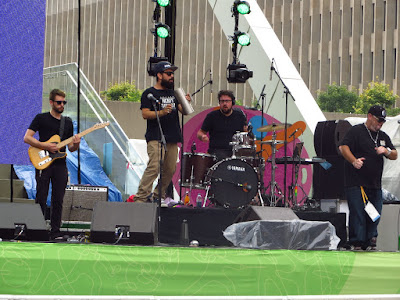 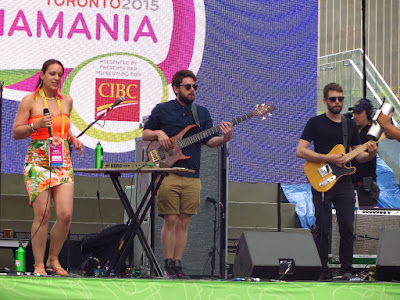 I took a few minutes to wander around and take some pictures of the large Toronto sign by the pool. 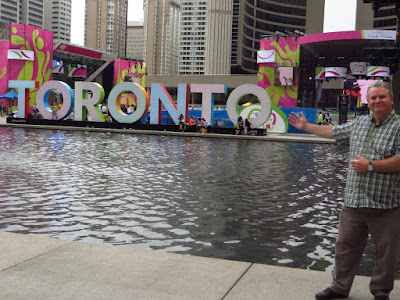 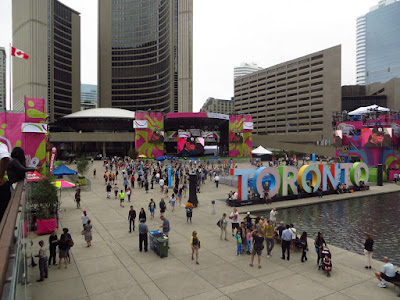 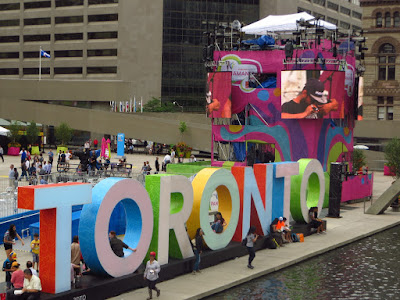 I only had 45 minutes for lunch so had to leave before Heavy Soundz were done. There were three lead singers in the group, while the rest of the band did back up vocal. The singers were constantly moving, singing, rapping and dancing. They have a great sound and I would go to see them again. 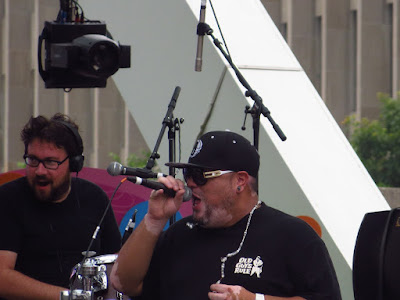 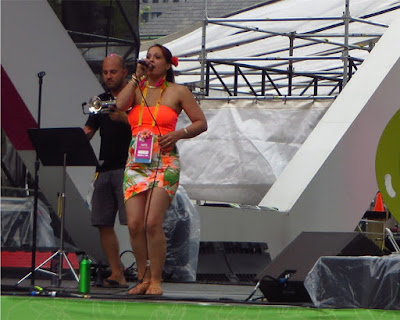 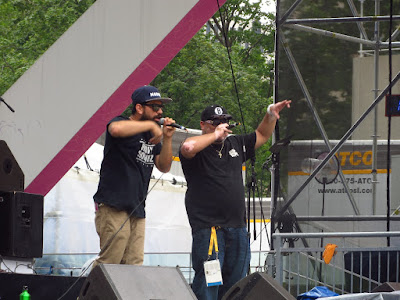