Pan Am Lunch Concert with Manteca at Nathan Phillips Square 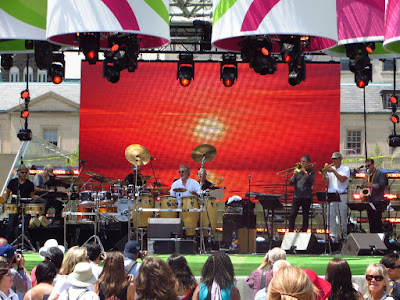 Pan Am celebrations are going on all over the city. Today Menteca was at Nathan Phillips Square in front of Toronto City Hall to put on a concert. 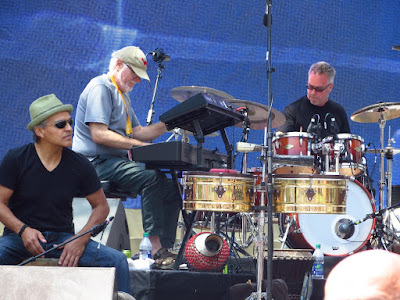 In 34 years of playing and recording they've been called an institution. The reality is Manteca is new world jazz for the new world, a nine member artist collective based in Toronto that has created a unique and enduring highly original sound with building blocks from jazz, world, funk, folk and contemporary orchestral music. In 2007 after a hiatus, the band returned with their 9th album "Onward" which was nominated for two Juno Awards, one for original Jazz recording and one for engineering for the band's long time engineer, Jeff Wolpert. "Onward" marked a shift in direction as the band created a fresh voice by introducing bass clarinet, alto flute, trombone, string bass and a rhythmic direction based less in Latin percussion and more on what the three drummers call "the sonic bubble".

I don't know the names of the band members, only that as a band they rocked. The combination of drums and horns with just a one guitar and no vocals was interesting.. The big bongos were great and he was the leader of the band. All together they had a fabulous sound and people were dancing. 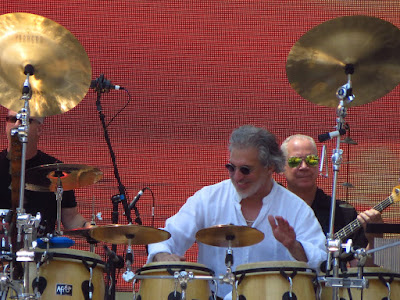 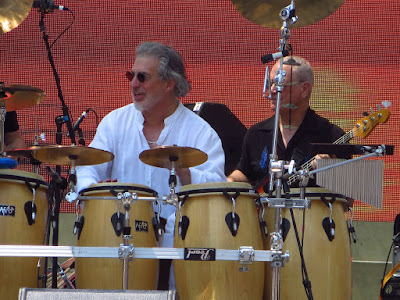 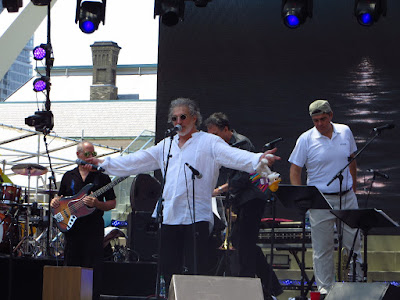 I loved the horn section. 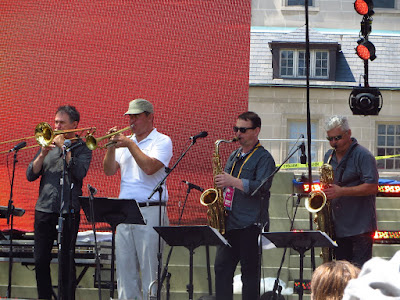 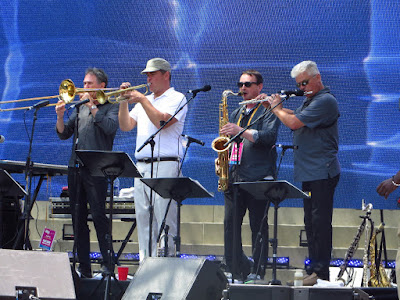 It's a great way to spend a lunch hour downtown. Tomorrow is another and I'll be there.
Posted by Swordsman at 13:00