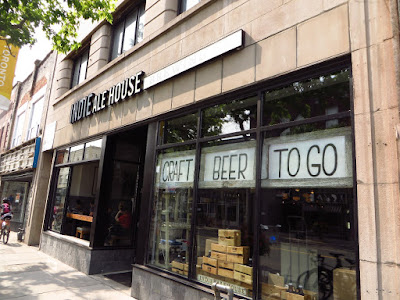 Tonight Teena and I headed over to the Junction to visit the Indie Ale House. We have heard a lot of great things about it and have been looking forward to trying it for ourselves. After a couple of years we finally made it.

It's a well-done spot with a very nice interior. 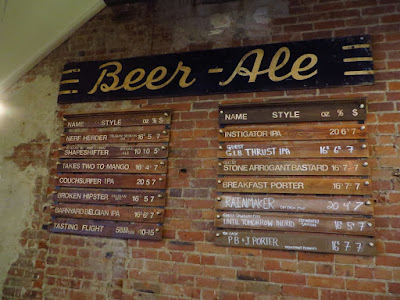 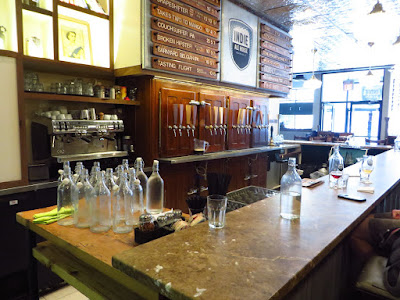 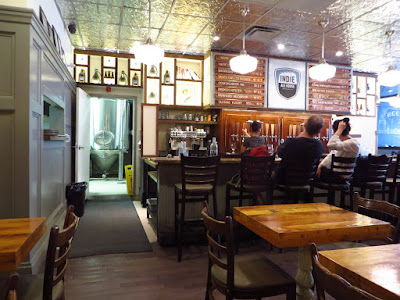 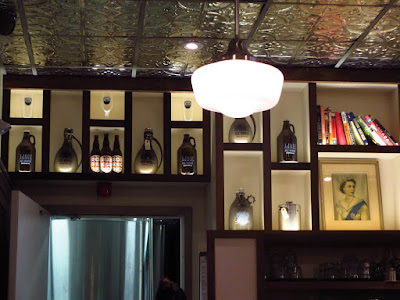 There is a beer store and souvenir area. 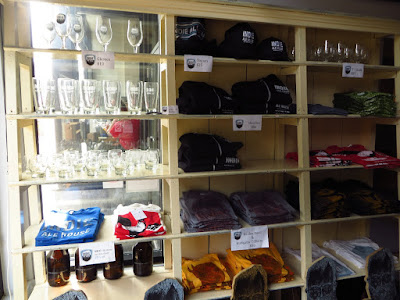 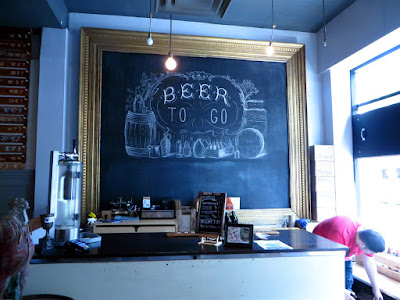 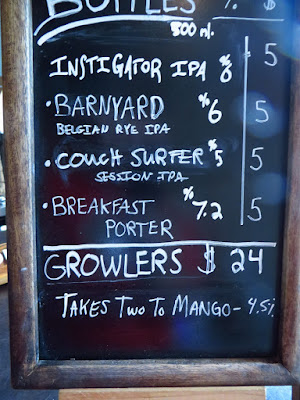 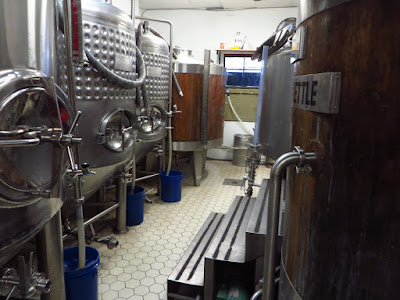 Teena ordered the fried chicken for supper and loved it. She said she would come back again just for this dish. I had a taste and could see why. 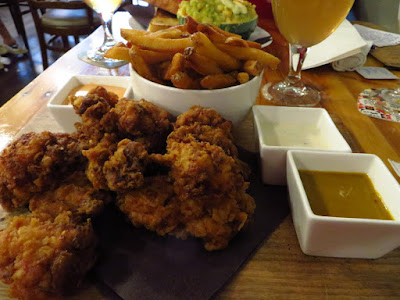 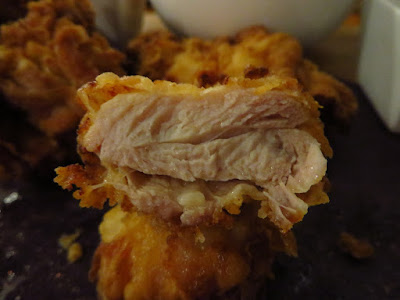 I ordered the Mac and Cheese with pork hock, IPA and curds, Wow! It was fabulous! Cheesy, meaty and very tasty. I would definitely have this again, although the manager said she loves it with cauliflower and bacon. Hmmm? 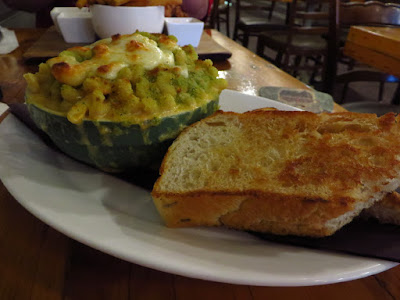 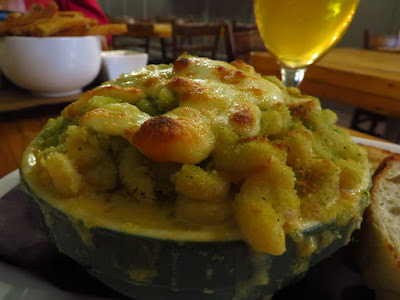 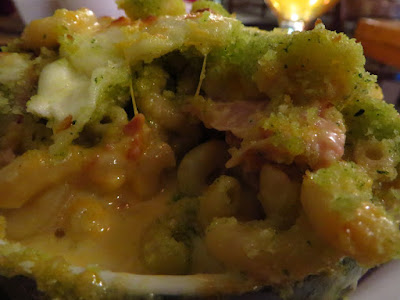 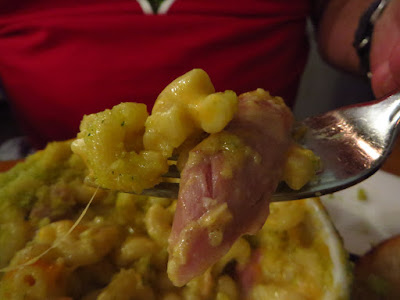 Oh wait! This is a beer of the week post. What about the beer?

I started with a Nerf Hearder which is described as a Belgium session IPA. It comes in at 5% APV. 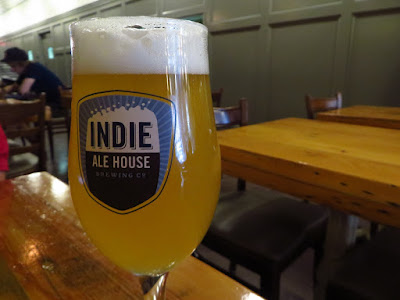 Nerf Hearder is a very light straw coloured ale complete with a nice white, meringue head. I have always found that Belgium yeast has a special definitive aroma and that is evident in this ale. The beer starts a little citrusy and that citrus builds in character right through to the finish. Long after my first couple of sips, I still felt a sense of citrus, maybe grapefruit, on my tongue.

If there were some bottles for sale, I would have brought some home for sure!

Next up was a Broken Hipster Belgium Wit, another 5% APV ale. 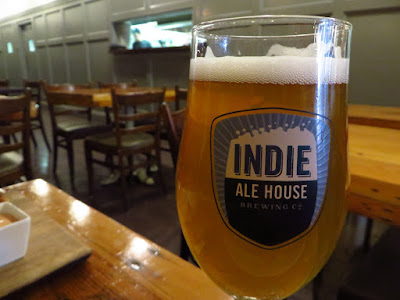 You will see that this is still straw coloured but a little darker. It did have a nice white head but it took me a bit to get a decent shot.

There is a little spice and lots of orange in the aroma. When I sip, I detect a spice that I cannot identify. Might be clove, coriander or something else. After reading the menu, I find that there is lavender, rose, orange, ginger and other botanicals. As I continue to sip, I now know it is the light ginger flavour that is adding the spice.

Another nicely done beer that I would have again.

After supper, I went to the Couch Surfer, described as a sessionable 5% APV IPA. 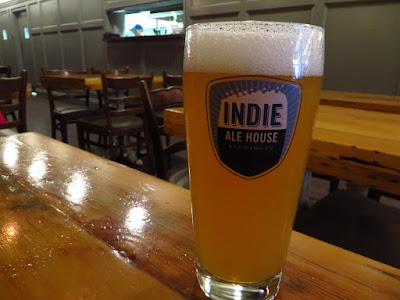 The Couch Surfer came out much lighter in colour than I expected. It too was a straw coloured ale but cloudy, with another nice white head. My first sip finds a harsh bitter bite to start, which is not a bad thing as I find it quite enjoyable.A mass of citrus follows quickly but surprisingly the flavours fall of quickly in the finish. I do find that after a minute or so that I'm left with some wonderful lingering citrus.

I quite enjoyed this one too! 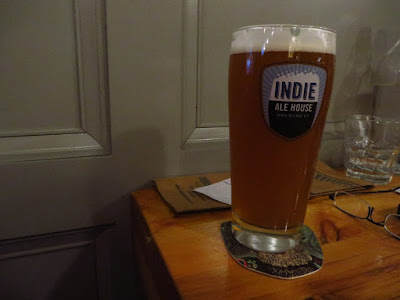 The Instigator IPA pours a cloudy lighter amber colour with a slightly off white head. For some reason just before it came to the table, I became very stuffed up, losing my sense of smell. I'm not sure if it was because the place was now full and I had a reaction to a perfume or food. I'm not sure.

I didn't find much aroma in this but Teena said it was like the Couch Surfer only more powerful. The taste I found was much more complex. It was citrusy but with much more to it. I enjoyed it but really want to come back to try it again when I have my flavour senses about me.

Teena and I both agree that we will be returning back to the Indie Ale House in the future. 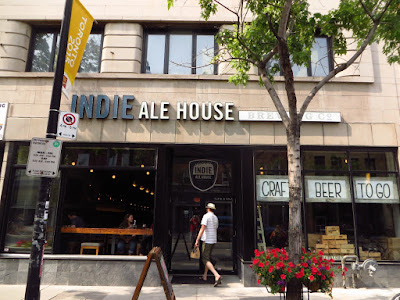