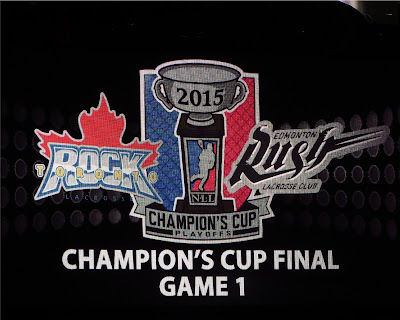 Tim, who sits in front of us and has had season tickets for years, came with a huge "T" to cheer on the boys. Gillian, Tim's girlfriend, and her friend had the flag a waving! 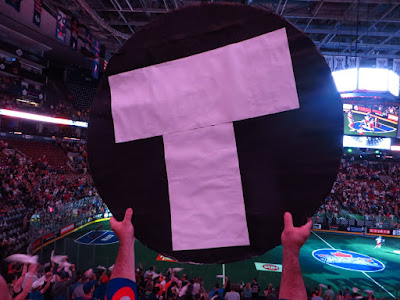 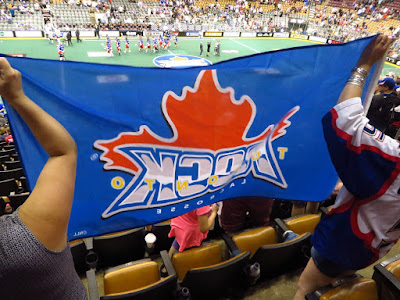 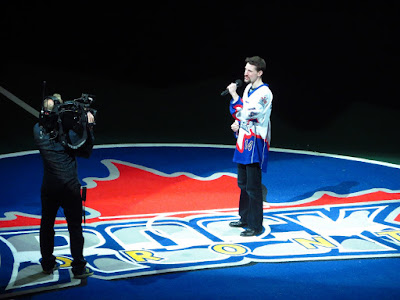 The boys get together for a pep talk before the game. 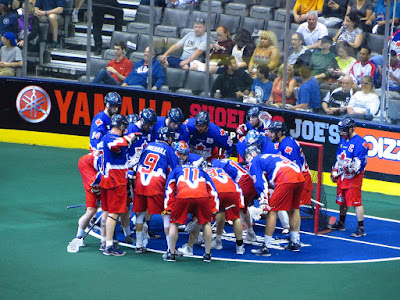 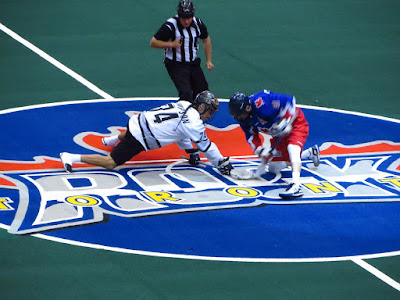 It all started well with Toronto scoring the first two goals of the game in the first three minutes and eighteen seconds of the game. Shades of last week?

Edmonton responded with five straight goals to end the quarter with a 5-2 lead.

Some pictures of the first quarter action. 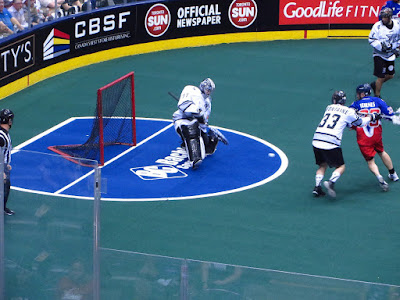 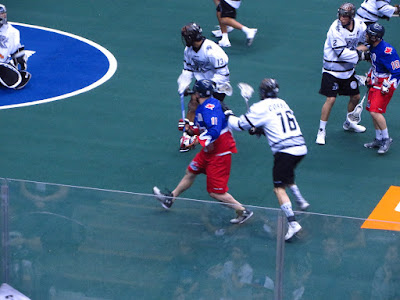 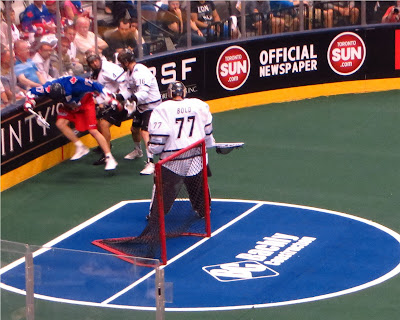 The second quarter showed some hope. Although Edmonton scored the first goal of the quarter, Toronto responded with two of their own. That was short-lived, though, as Edmonton scored the next three goals to end the half, more than  doubling the Rock score with a 9-4 lead.

Some action from the quarter. 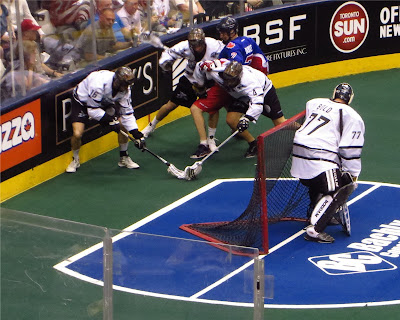 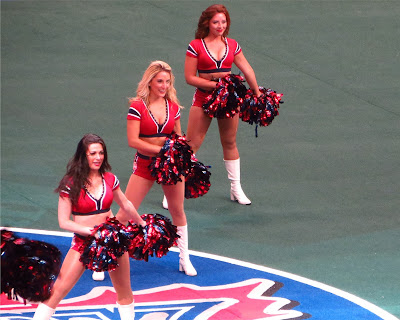 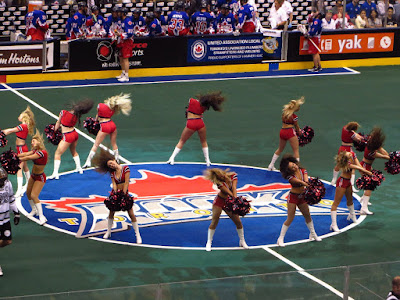 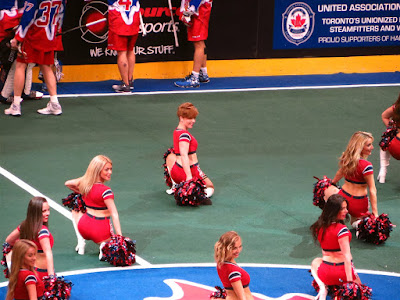 Toronto was never really in the game in the second half and lost 15-9. Things got a little testy near the end of the game. Not surprising as as it was a very physical battle with a lot of hard hits. 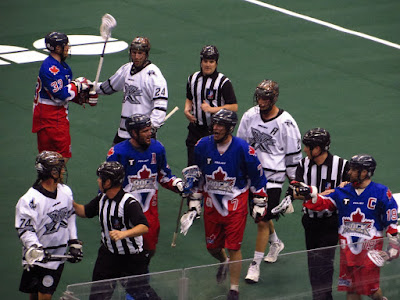 The Toronto Rock cheerleaders came on with smiles but really the day was done. 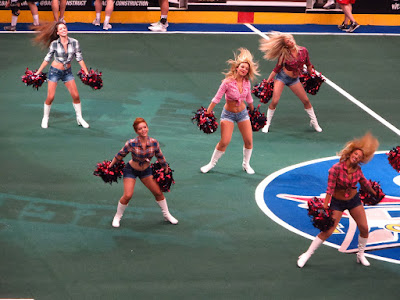 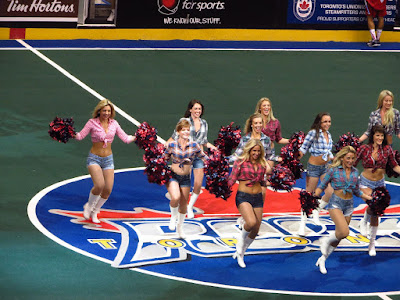 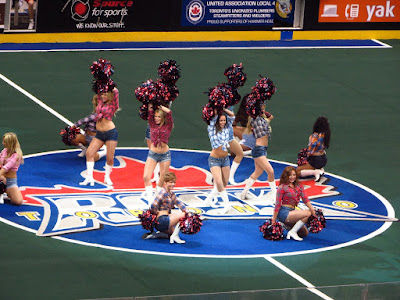 Even in defeat, the Rock circle the arena to thank the fans. 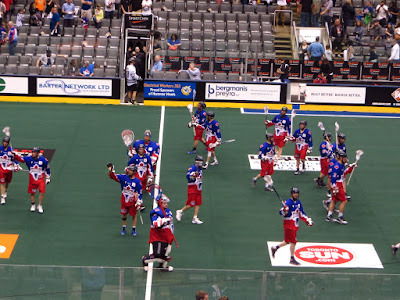 This coming Friday night the Rock play in a win or go home game in Edmonton. It's on TSN and Teena and I will be watching!
Posted by Swordsman at 21:30