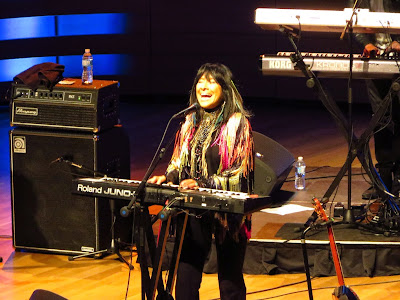 Tonight Buffy Sainte-Marie started her 15 city tour to promote her new album, Power in the Blood. She was at Koerner Hall which part of the Royal Conservatory beside Varsity Stadium.

It's a great place to see a concert. The balcony seats (I sat in the lower balcony) were great. I was first row but the second row behind would have no issues as they are much higher than the first row. In fact, my head came to about the second row's shins. 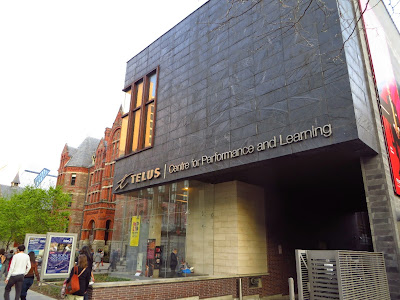 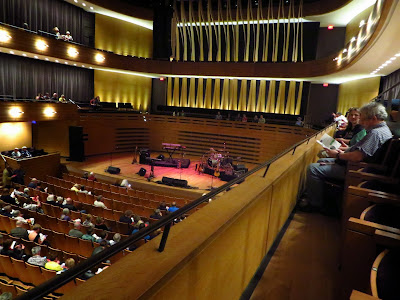 Buffy is seventy-four but you would never know it from the way she looked, danced, sang and the energy she gave off, plus she still has that great warbly voice, kicking it into and out at will. 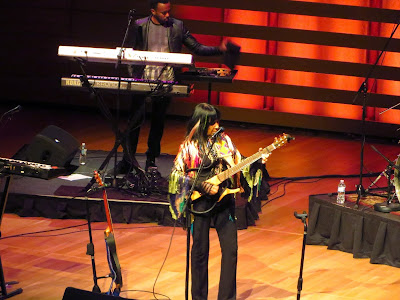 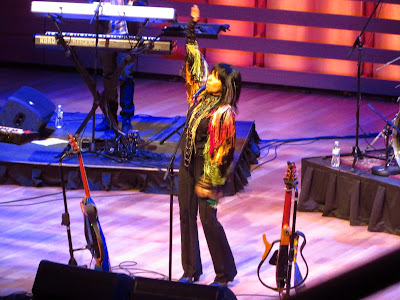 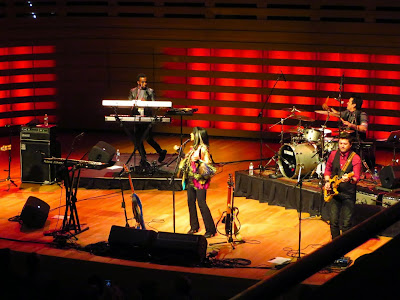 She sang old favorites and some songs from her new album. I was happy to see her do Darling Don't Cry early in the show, (top picture) as it is perhaps my favorite of hers. Her stories were fun and as expected, she strived also to remind us about peace, greed, conservation and human rights as it pertains to First Nations people.

Here she is performing Universal Soldier. 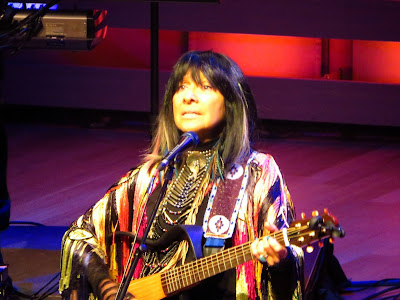 She also did songs she had written but were performed by others such as Up Where We Belong, (which won an Academy Award) by Joe Cocker and Until It's Time For You to Go, which was done by Elvis Presley (picture below) 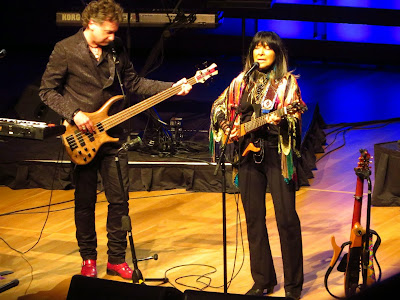 It was my first time seeing Buffy in concert and I wouldn't hesitate to go to another.

Here is the video of Darling Don't Cry. She still can reach the high notes in the chanting.

Glad you enjoyed it :)

I was in the front row. I managed to get one of the setlists taped to the stage. She was incredible. She signed my record after the show.