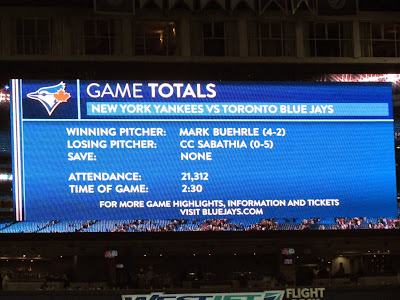 I was at the game tonight to see the Blue Jays take on the hated Evil Empire, the New York Yankees. Going in I had faith that Blue Jays Pitcher, Mark Buehrle, would pitch a great game ... and he did! 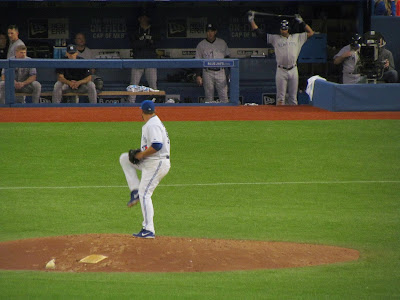 Here is Buehrle striking out Alex Rodriguez early in the game to the delight of the crowd. 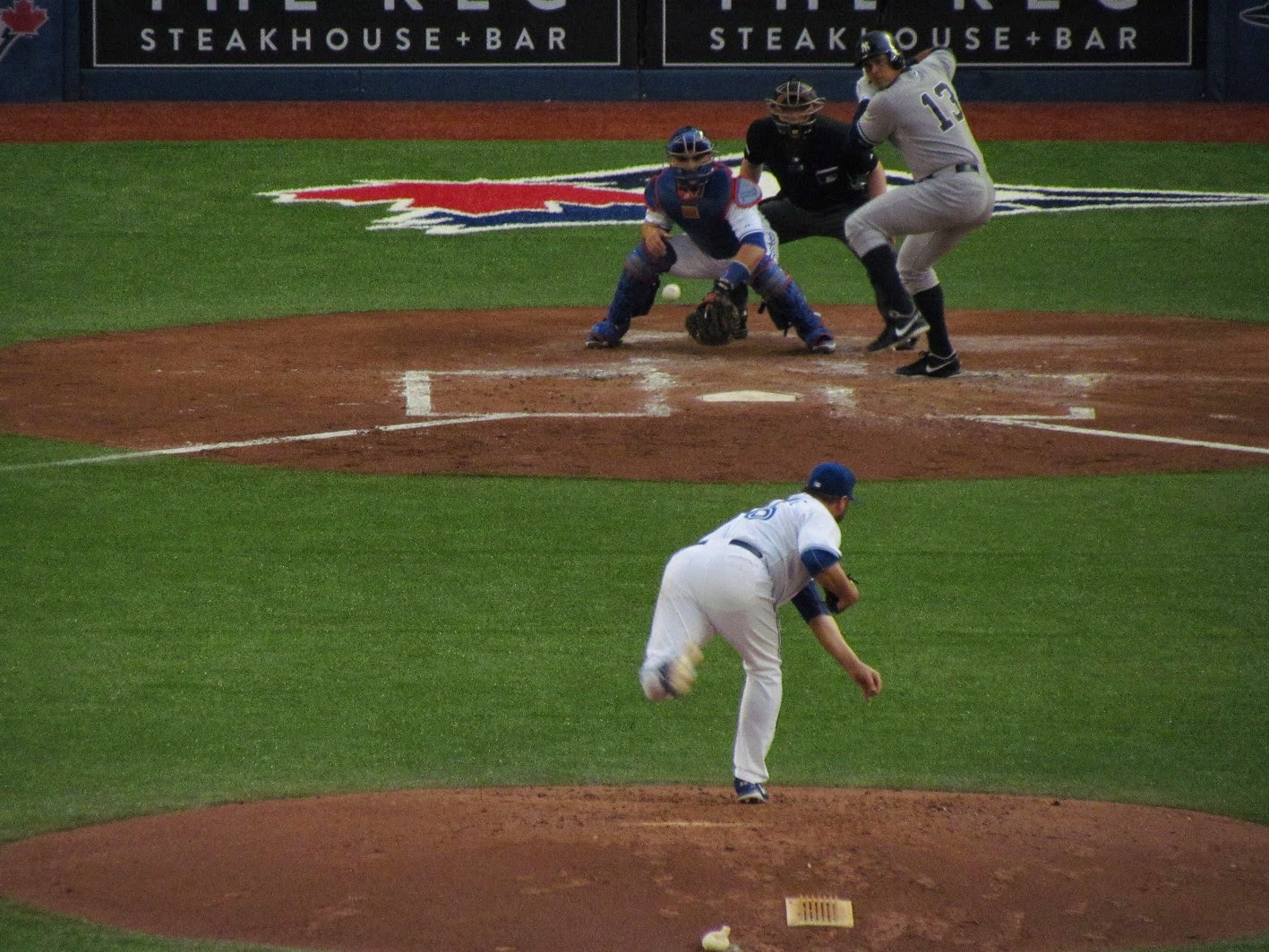 Much has been made of his reaching the 660 home run mark and tying baseball great Willy Mays. Willy hit them all without the help of performance enhancing drugs. Willy never had a blemish on his name. Take your money, A-Rod, and burn in hell for putting such a blemish on an accomplishment by a better person than you'll ever be.

Rant over. Now to to better things. 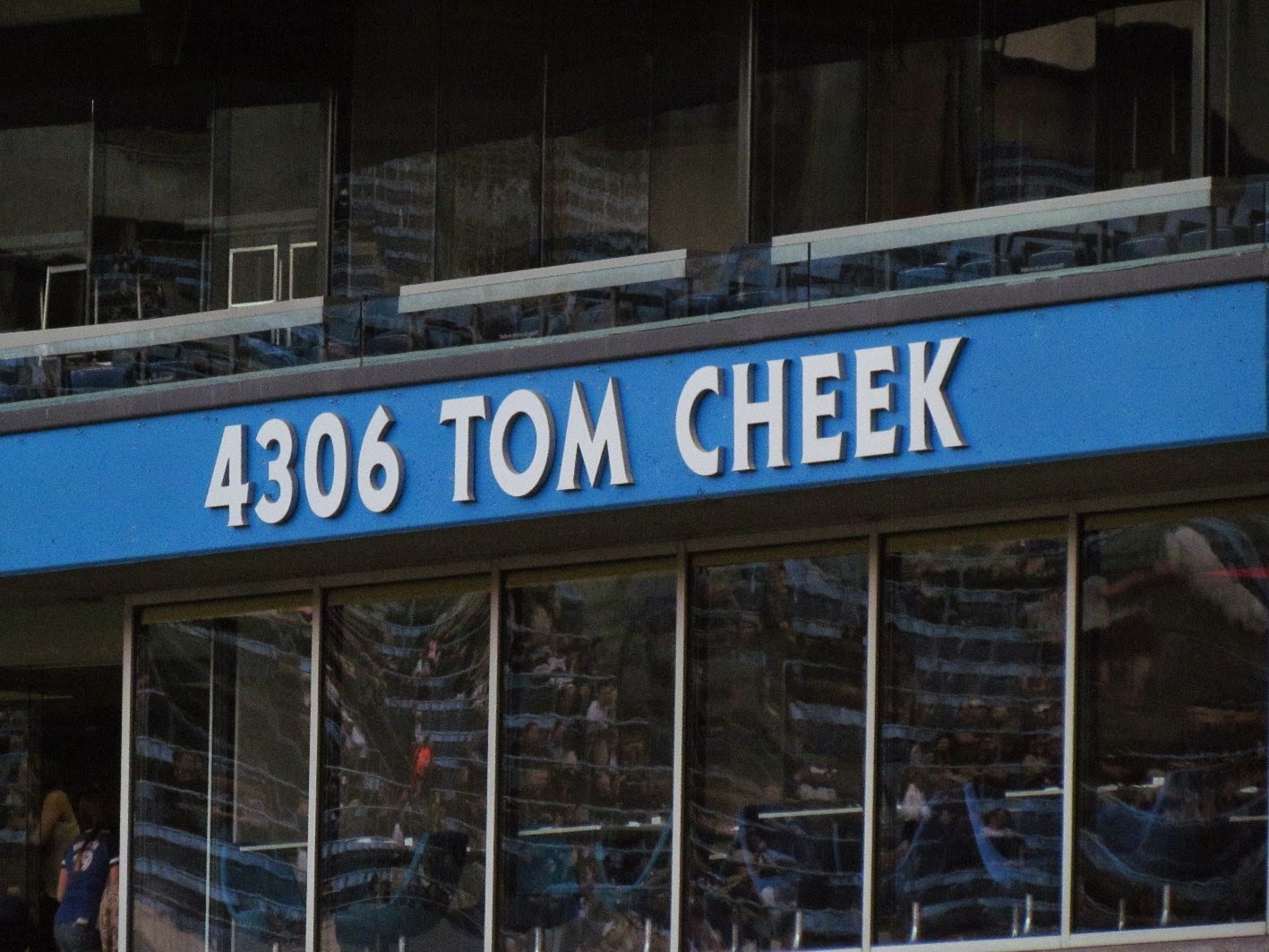 The 4306 on the Dome's Level of Excellence stands for the number of games in a row that Tom Cheek called for the Toronto Blue Jays from their very first game. He was the voice of summer and is now in Baseball's Fame and in all Blue Jay fans' hearts. 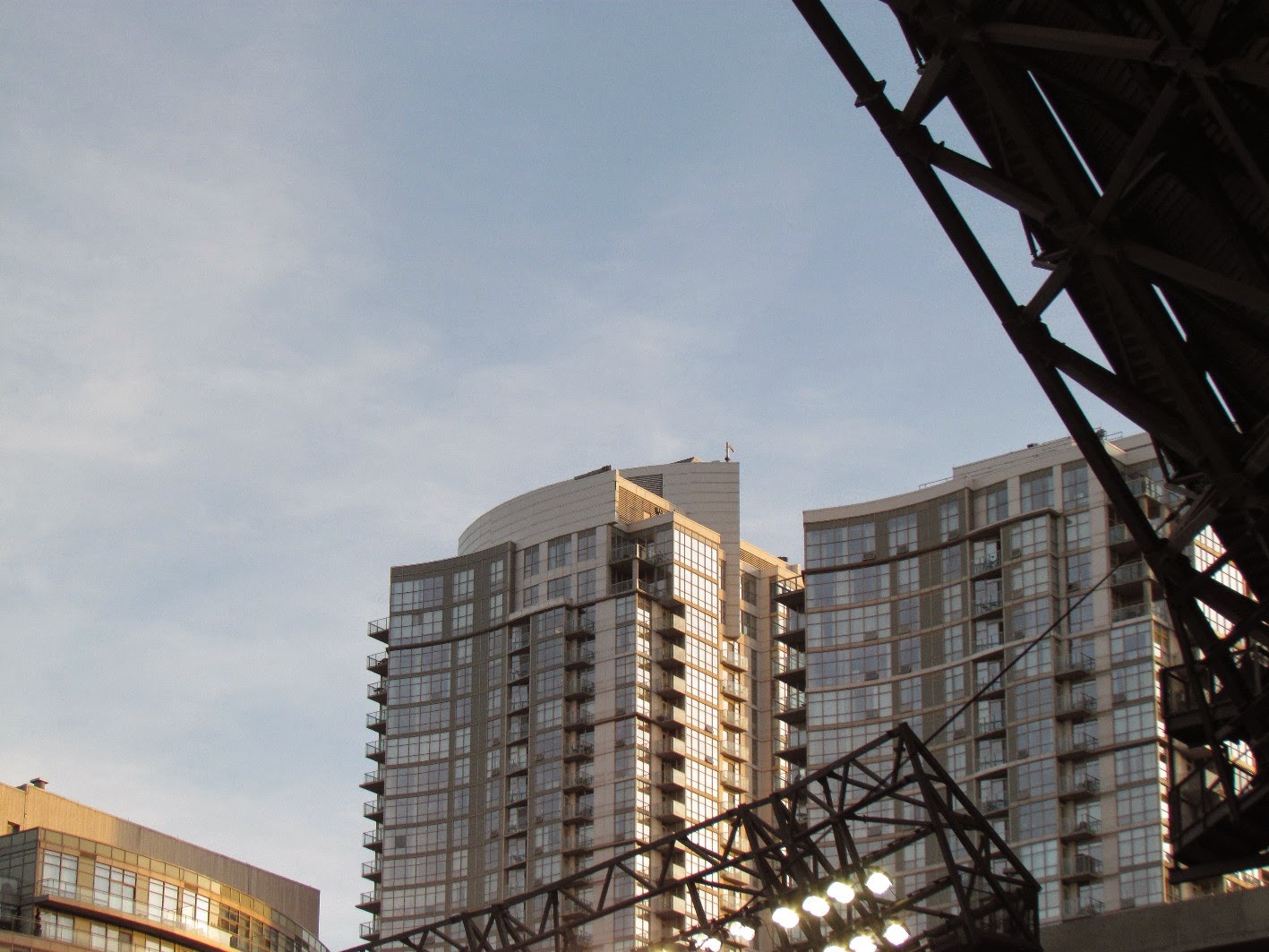 The dome was open. 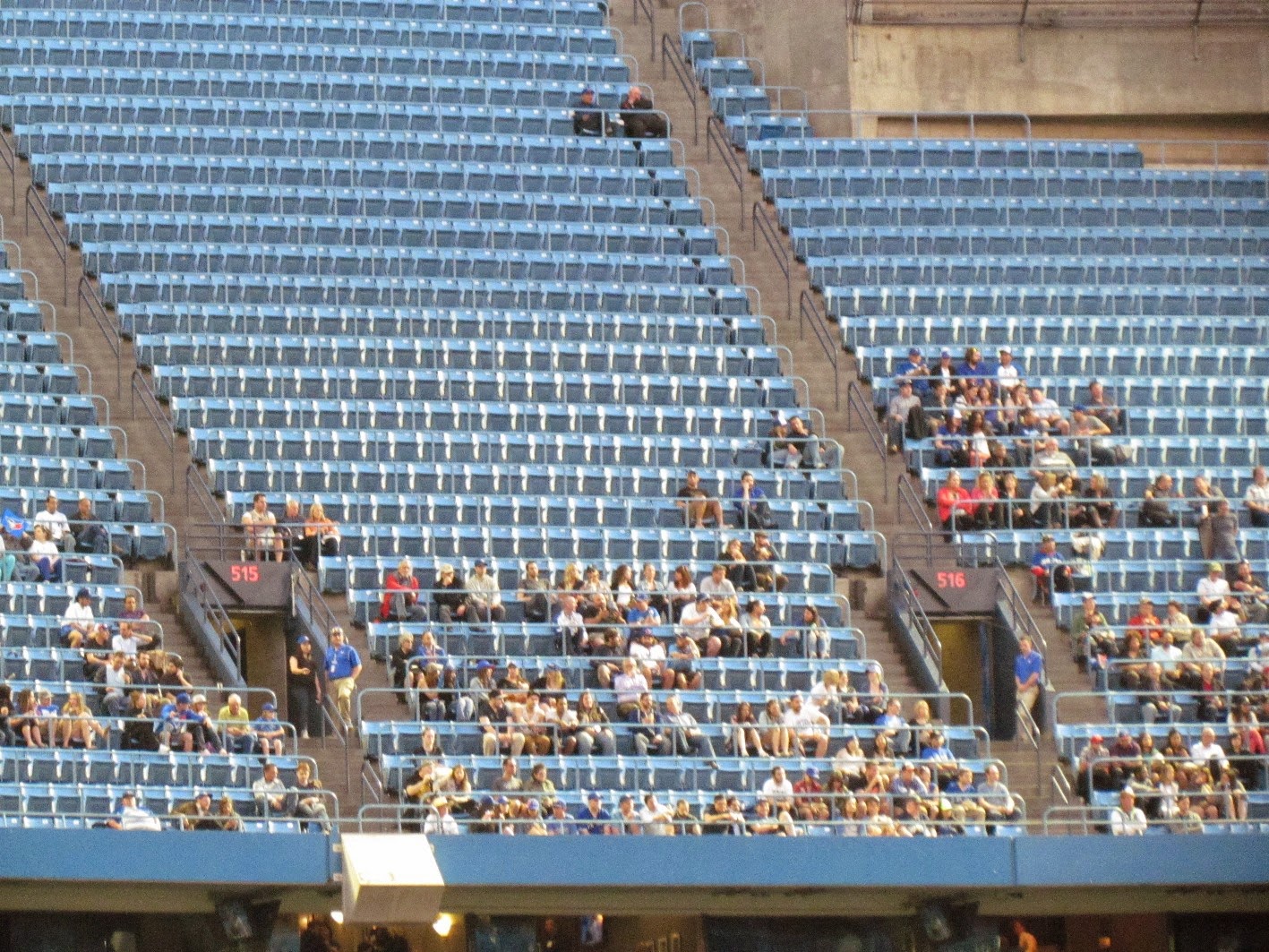 I am baffled why these guys didn't move down.

With the roof open and it being night, I had difficulty in taking some decent shots with the lighting. I'm still learning. Here are some of my better ones. 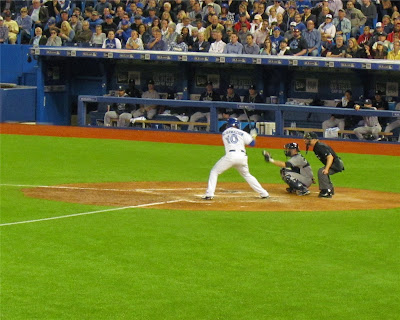 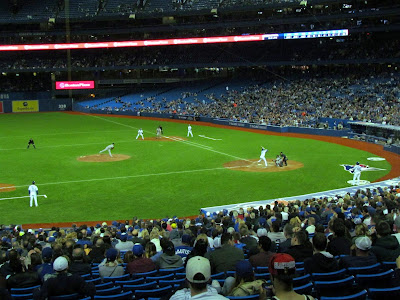 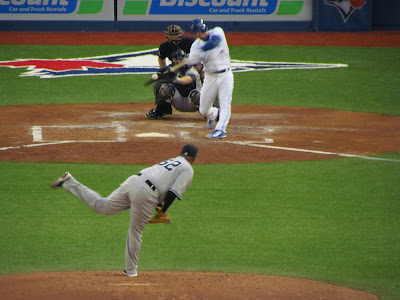 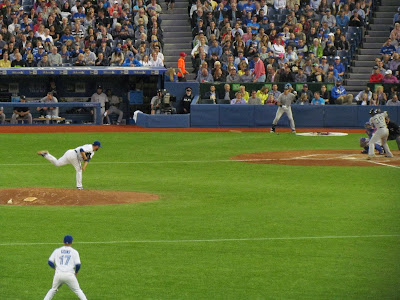 The Jays took control early and never let up. My feeling is that once they put it all together, with Bautista back in right field and Reyes back at short and a stable line-up, the Jays will rock it ... hopefully!
Posted by Swordsman at 23:14