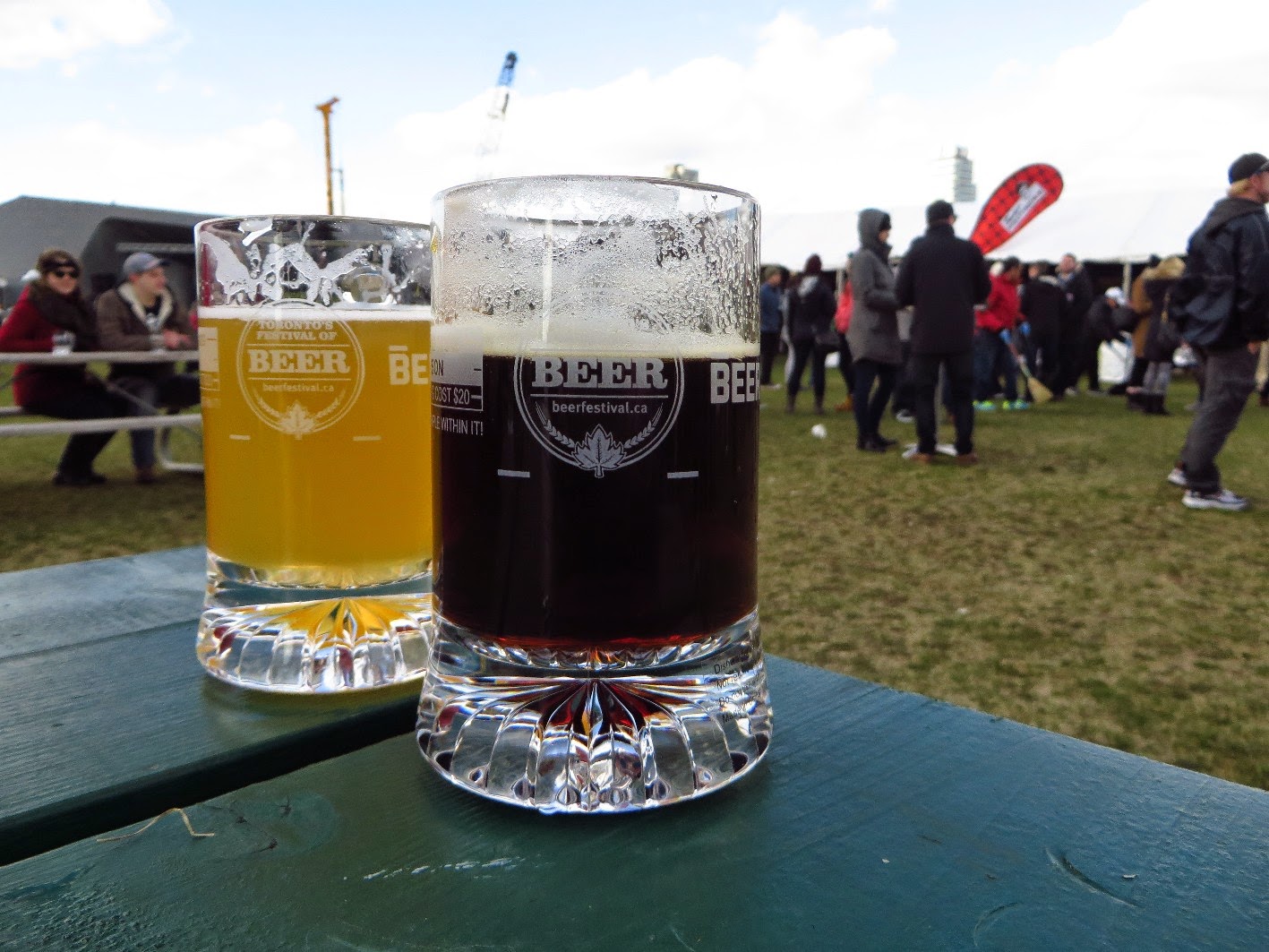 Tonight Teena and I were at the Spring Sessions of the Toronto Festival of Beer. Over 15 breweries were there and many food vendors. Although it was the last weekend in April, it was very cold. We layered up but a bitter wind was coming in from the north. Maybe my blood has thinned with the better weather but I was cold most of the evening.

We arrived around five when the evening was young and not too many people there. 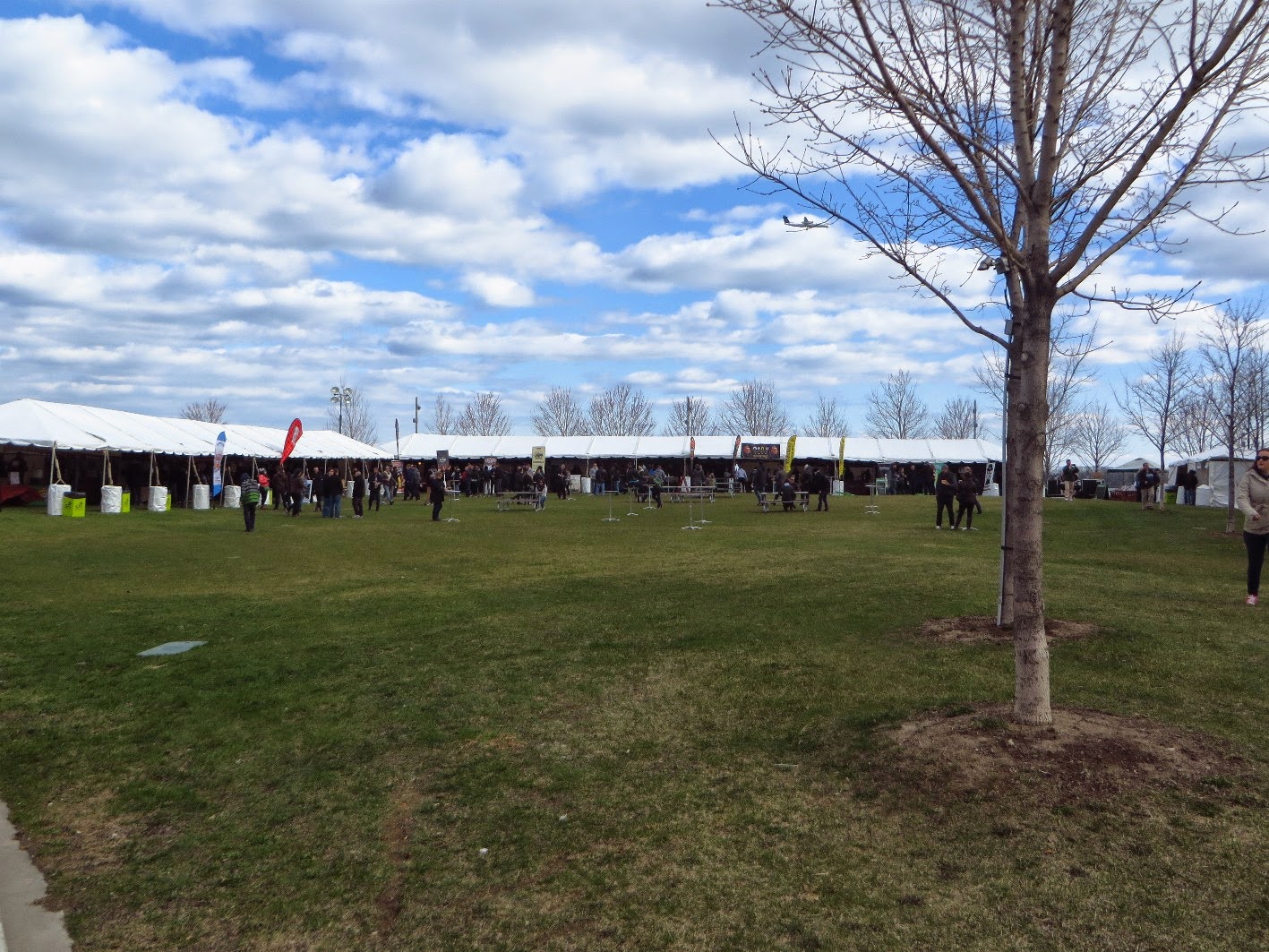 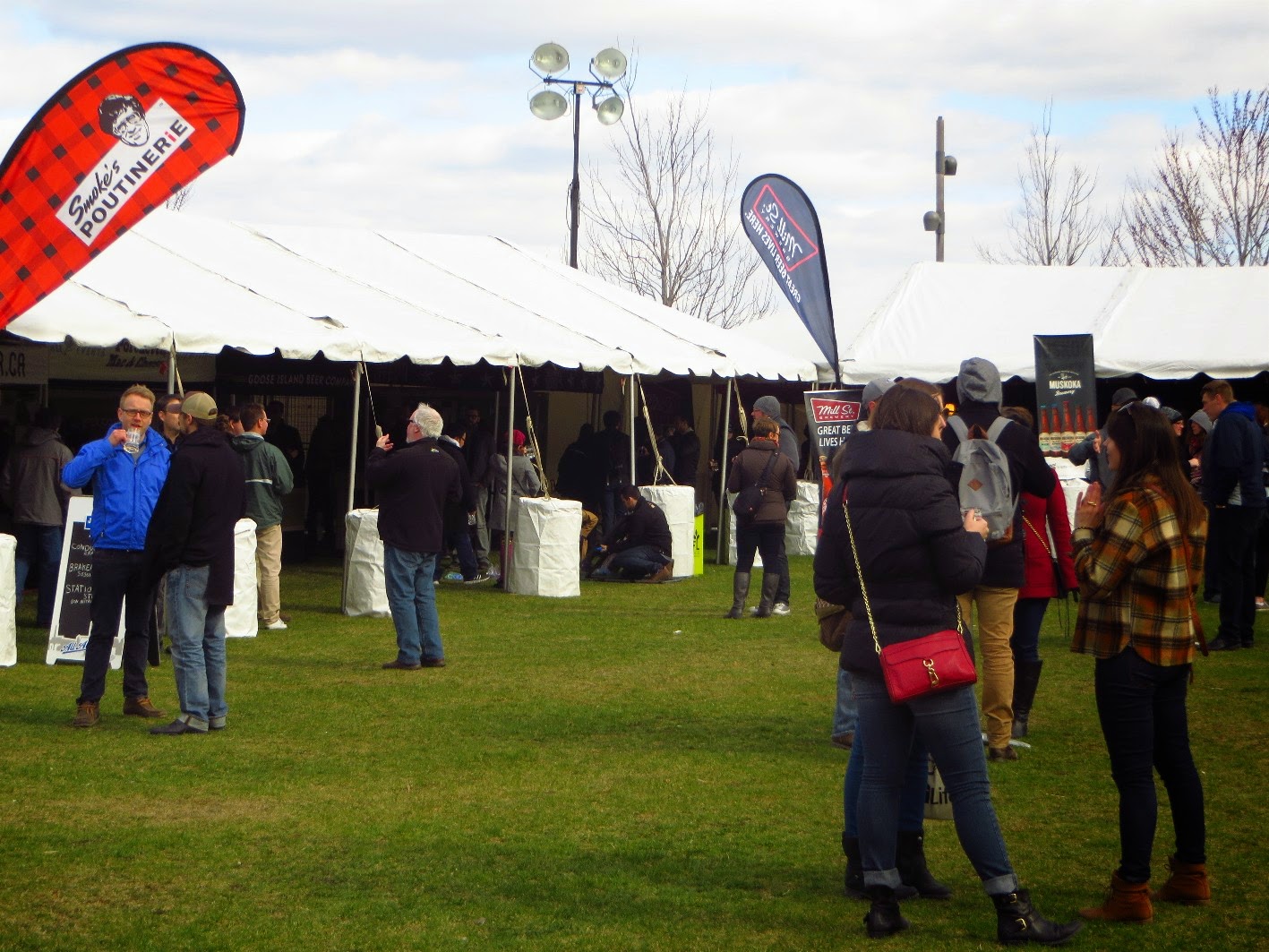 There were games set out by a couple of breweries. 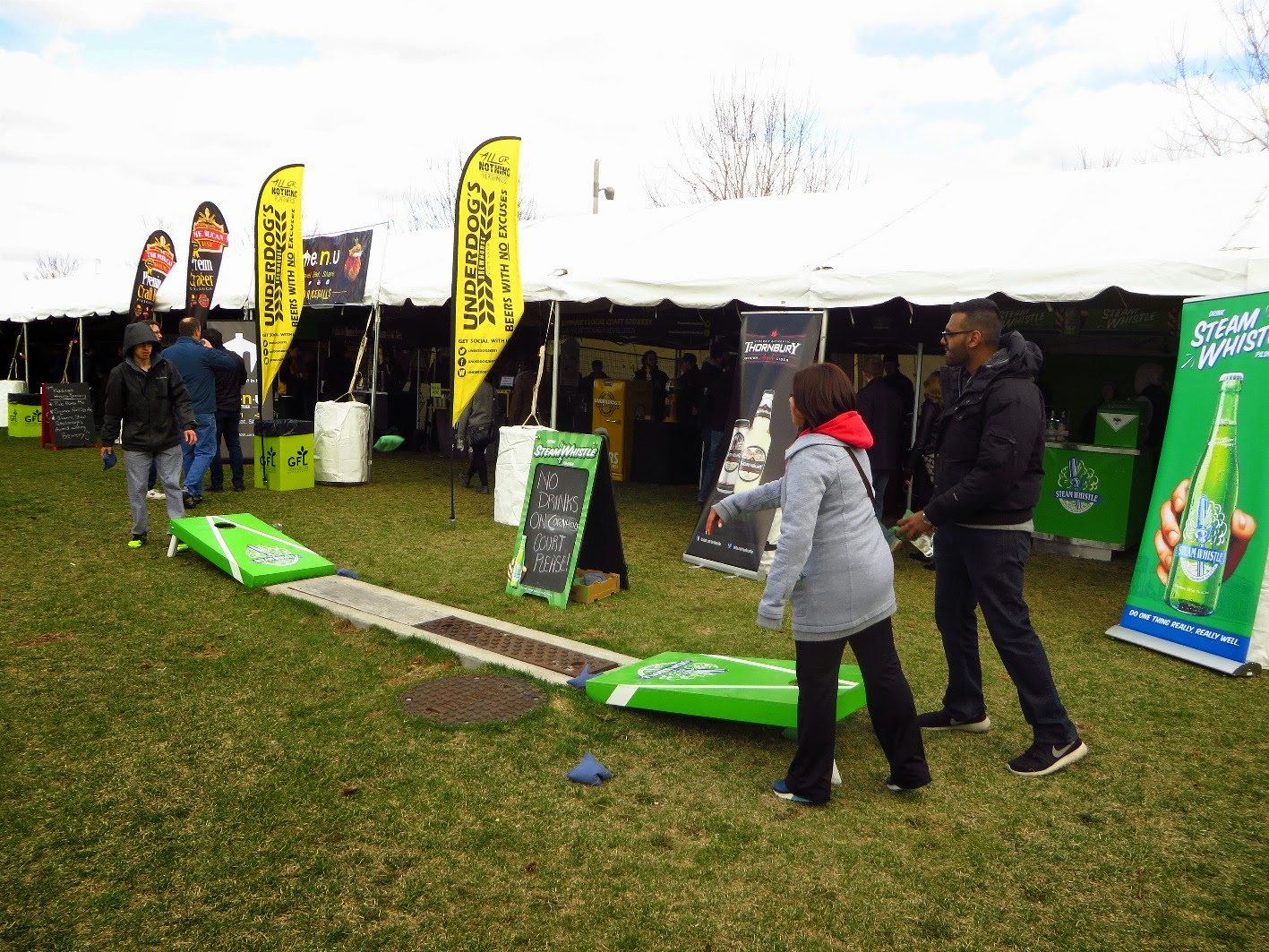 OK, time for some beers. 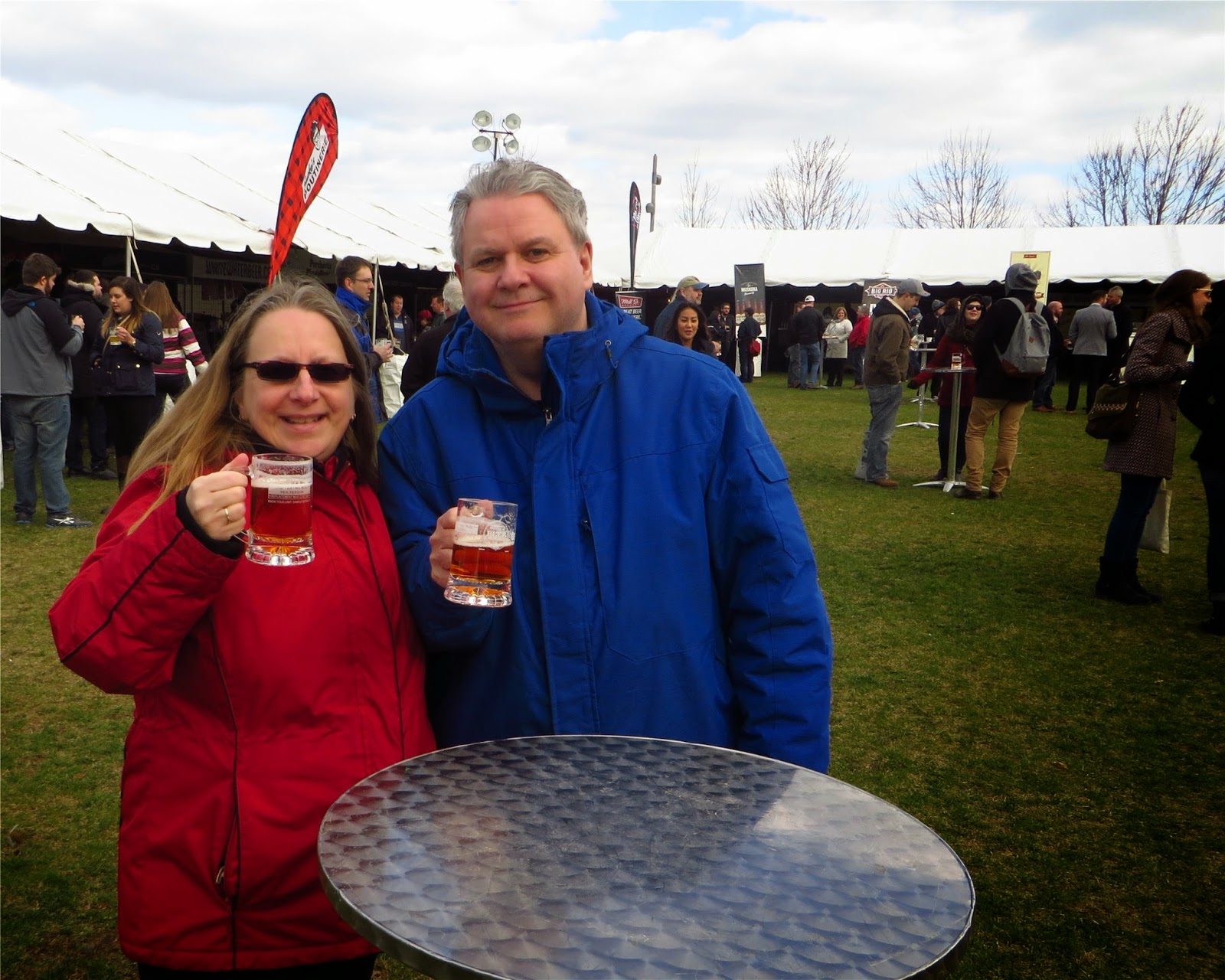 We both started with a Sierra Nevada Pale Ale.  I discovered them while I was in Colorado Springs for a fencing tournament and love their beers. 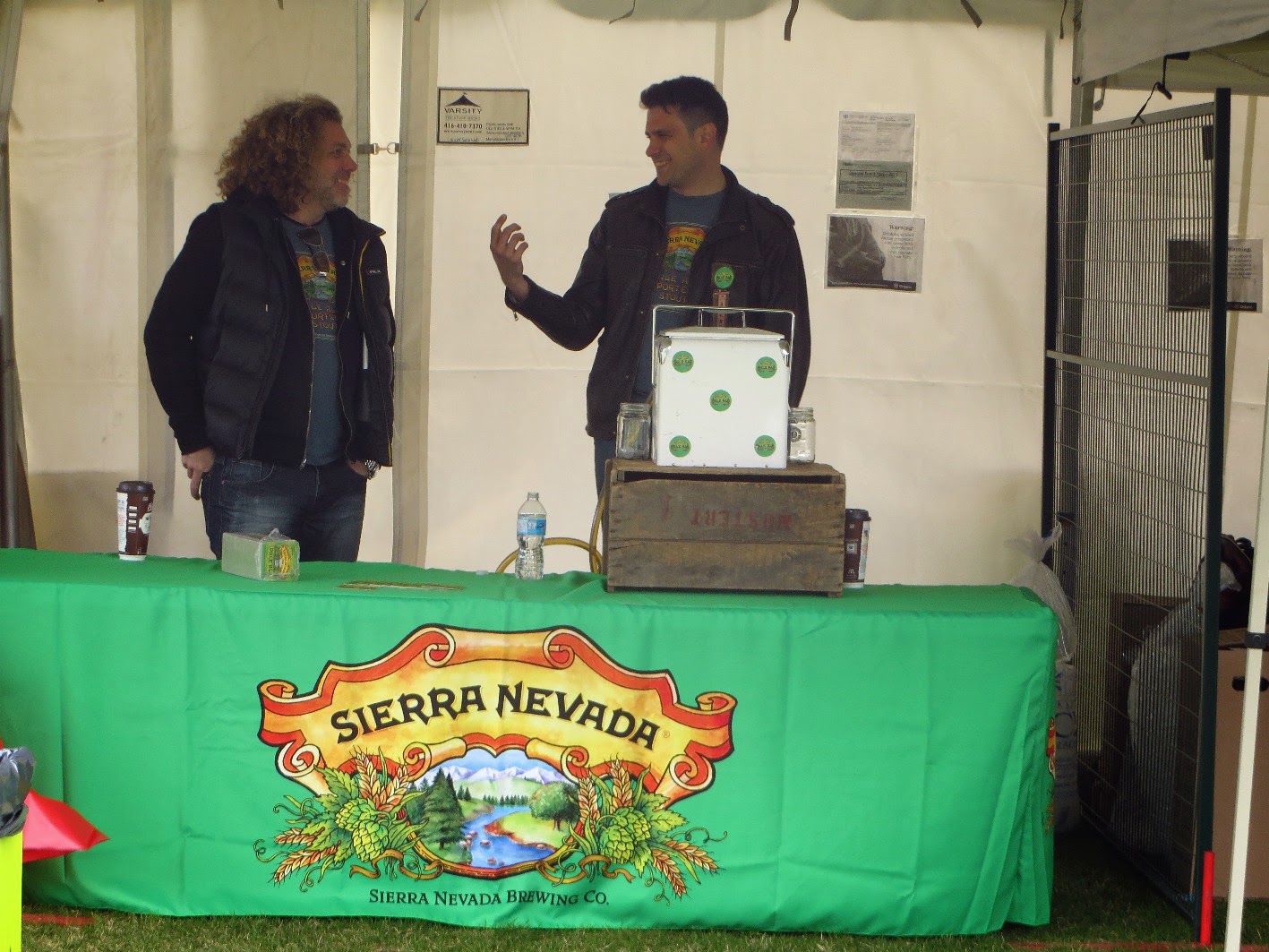 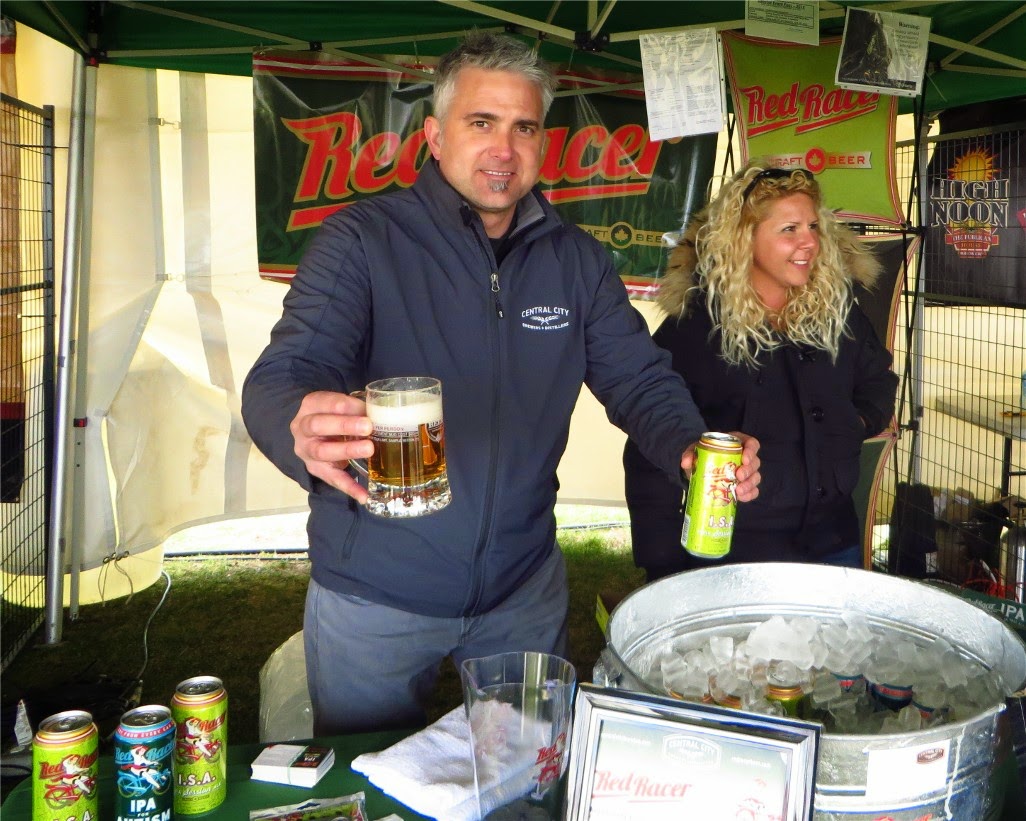 A Netherworld from Flying Monkeys Brewery in Barrie, which I have had before and always enjoyed. Teena had a White Lemonade from them which she liked, and I had a taste of and enjoyed. It's kind of a lemon radler. 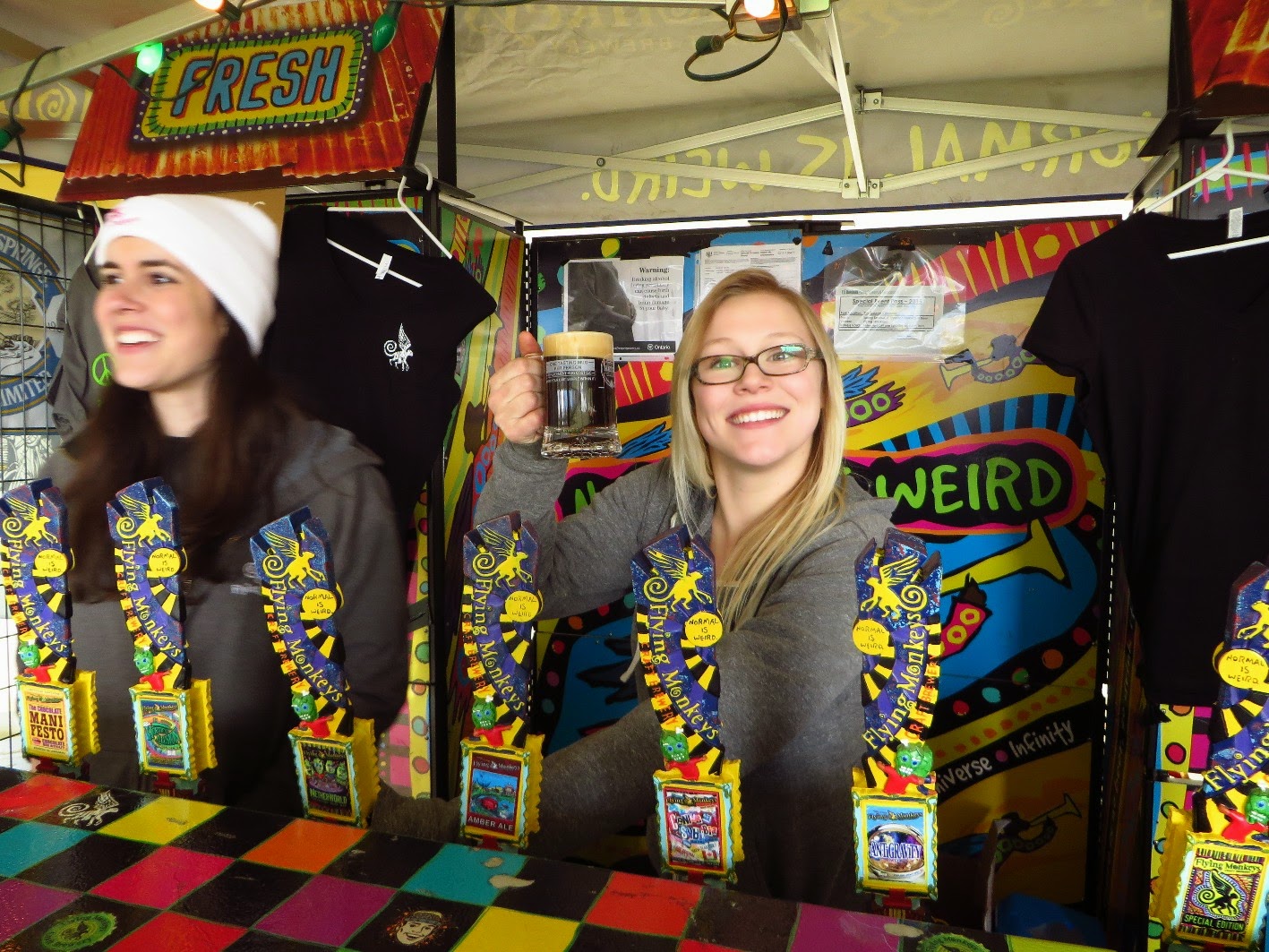 The sun came out occasionally and the temperature would jump two or three degrees. When the sun disappeared again, we could really feel the temperature drop instantly. There was a very harsh, cold wind coming in from the north that really was the bother. 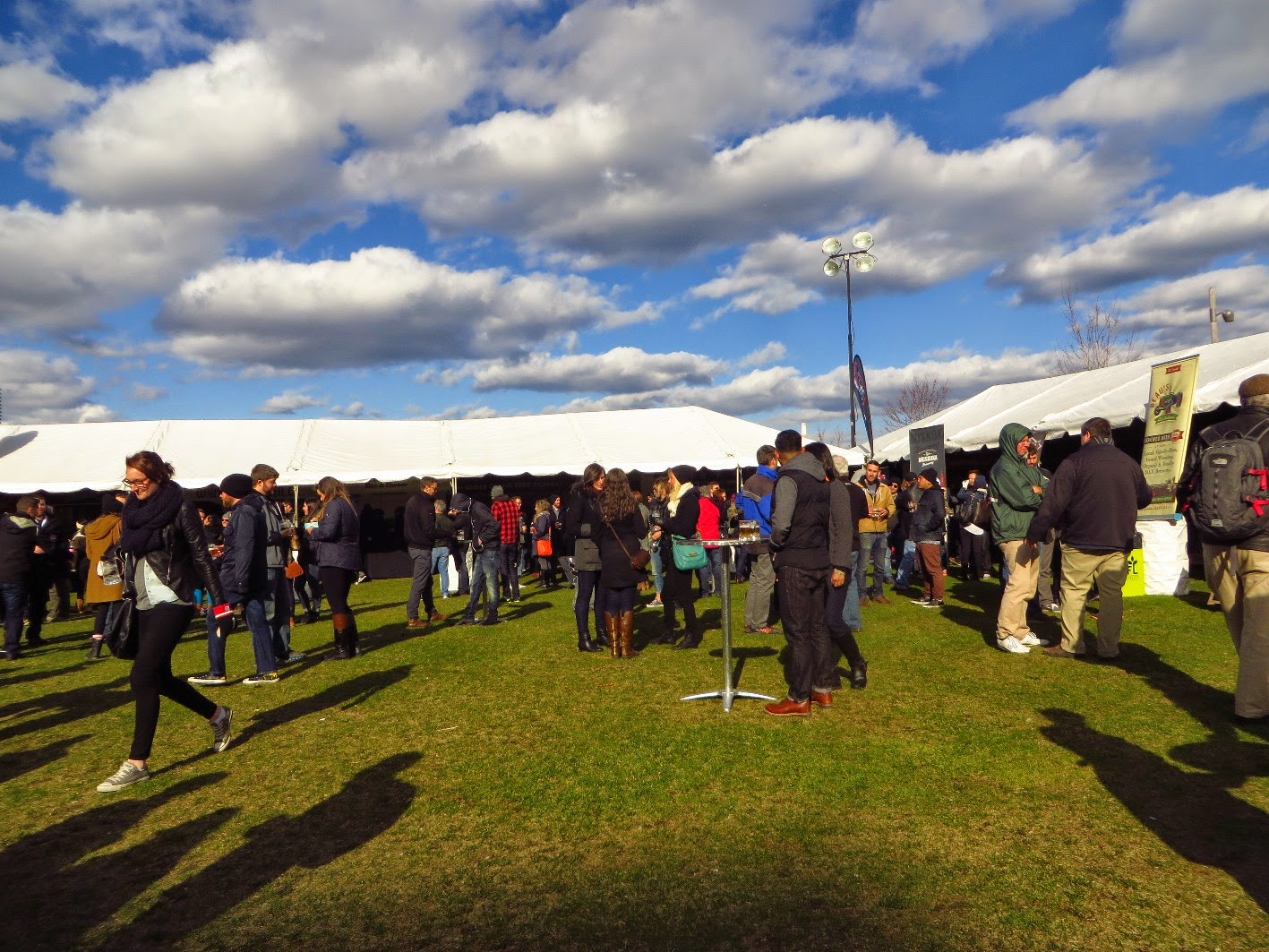 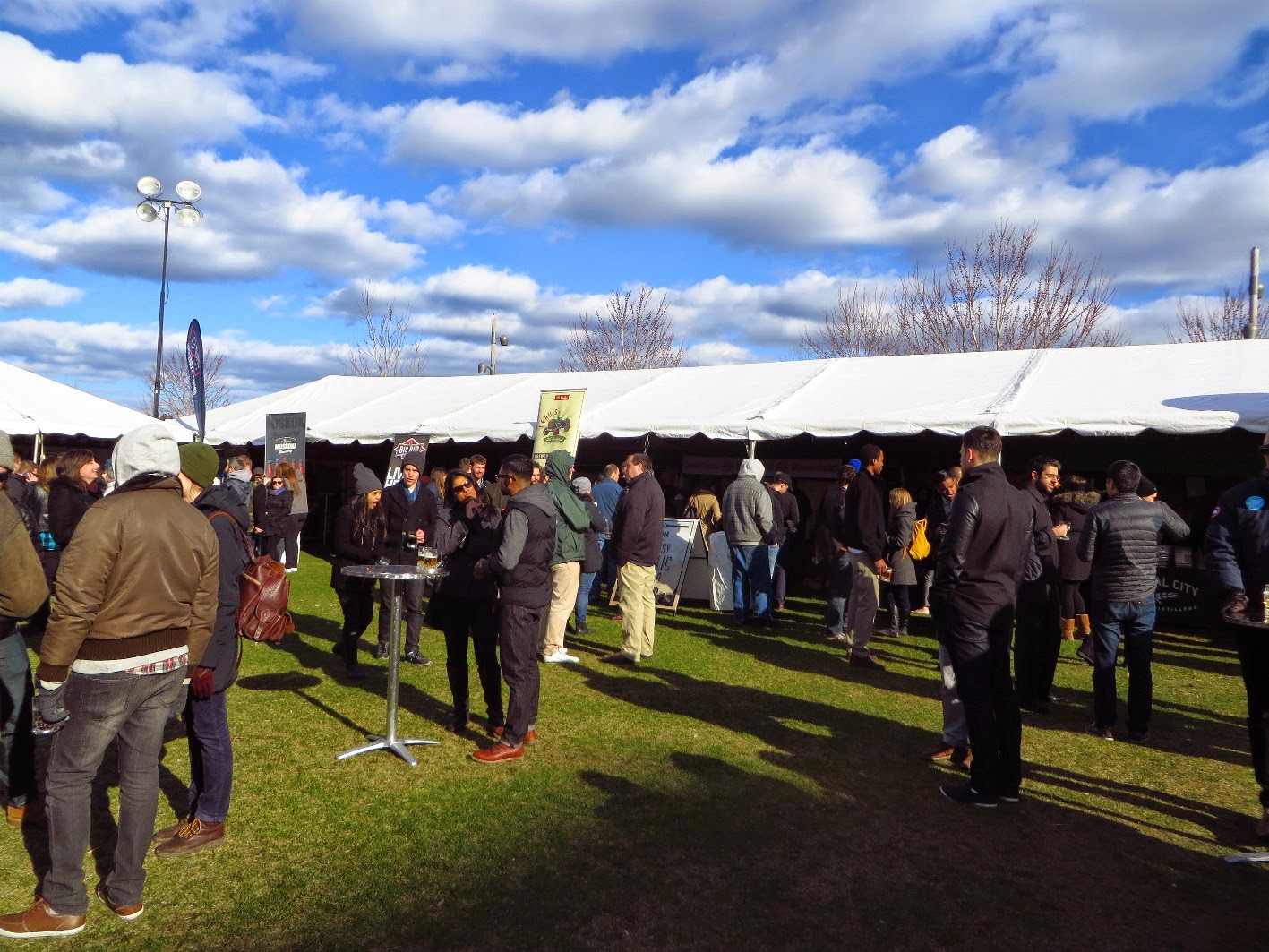 The view to the northwest and south. It would have been nice if the tents were arranged different so there was a better view of the lake. 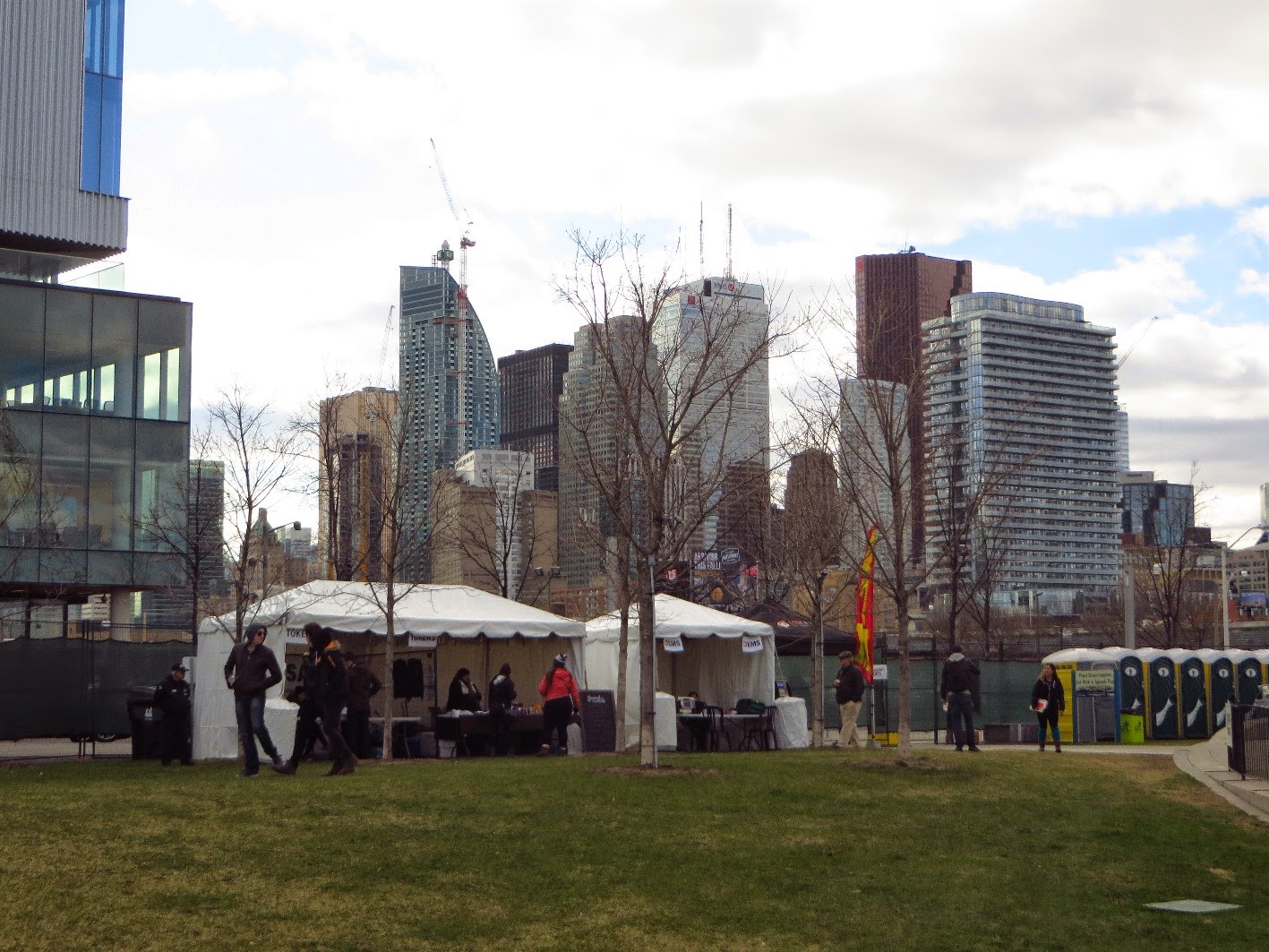 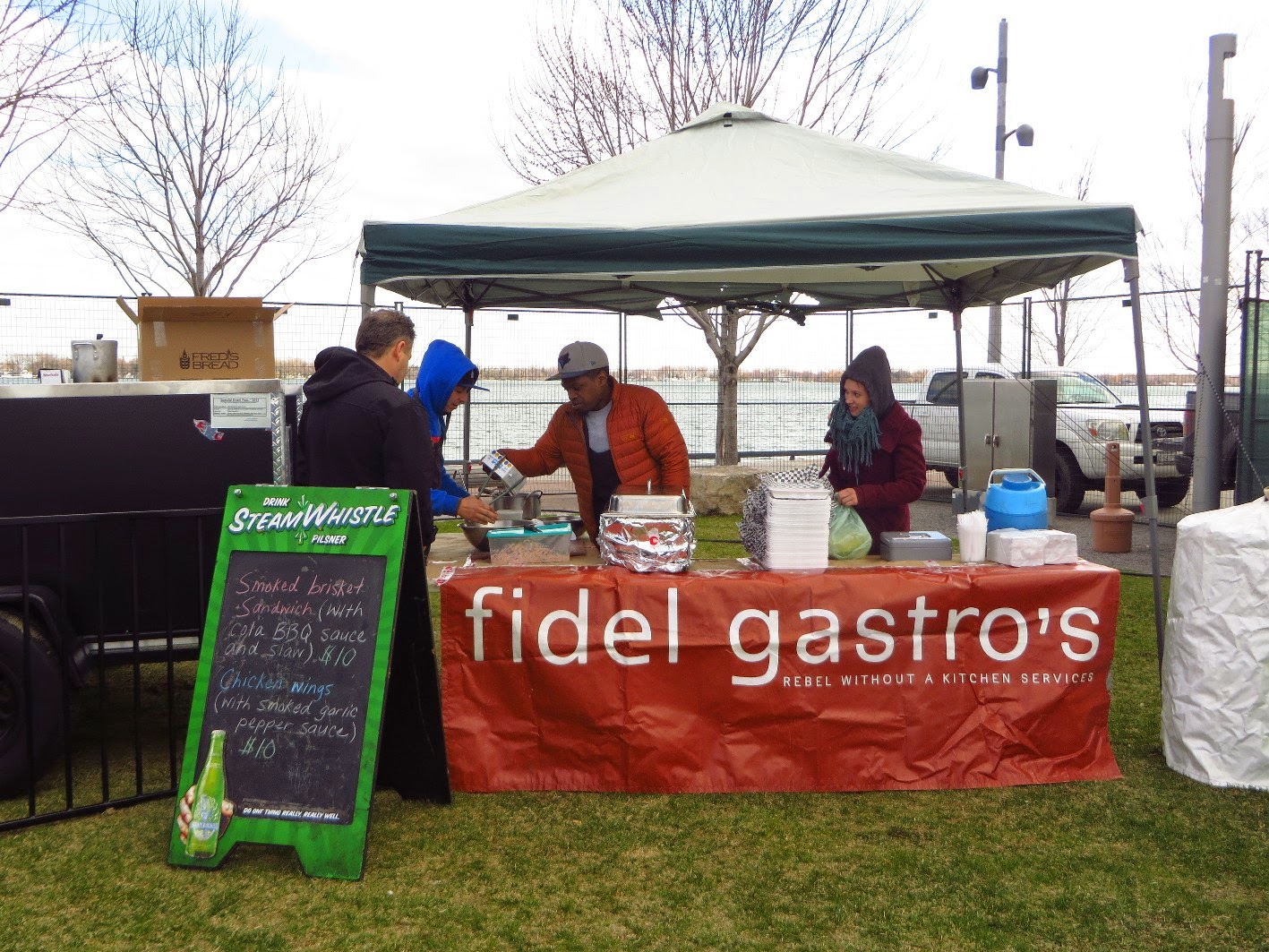 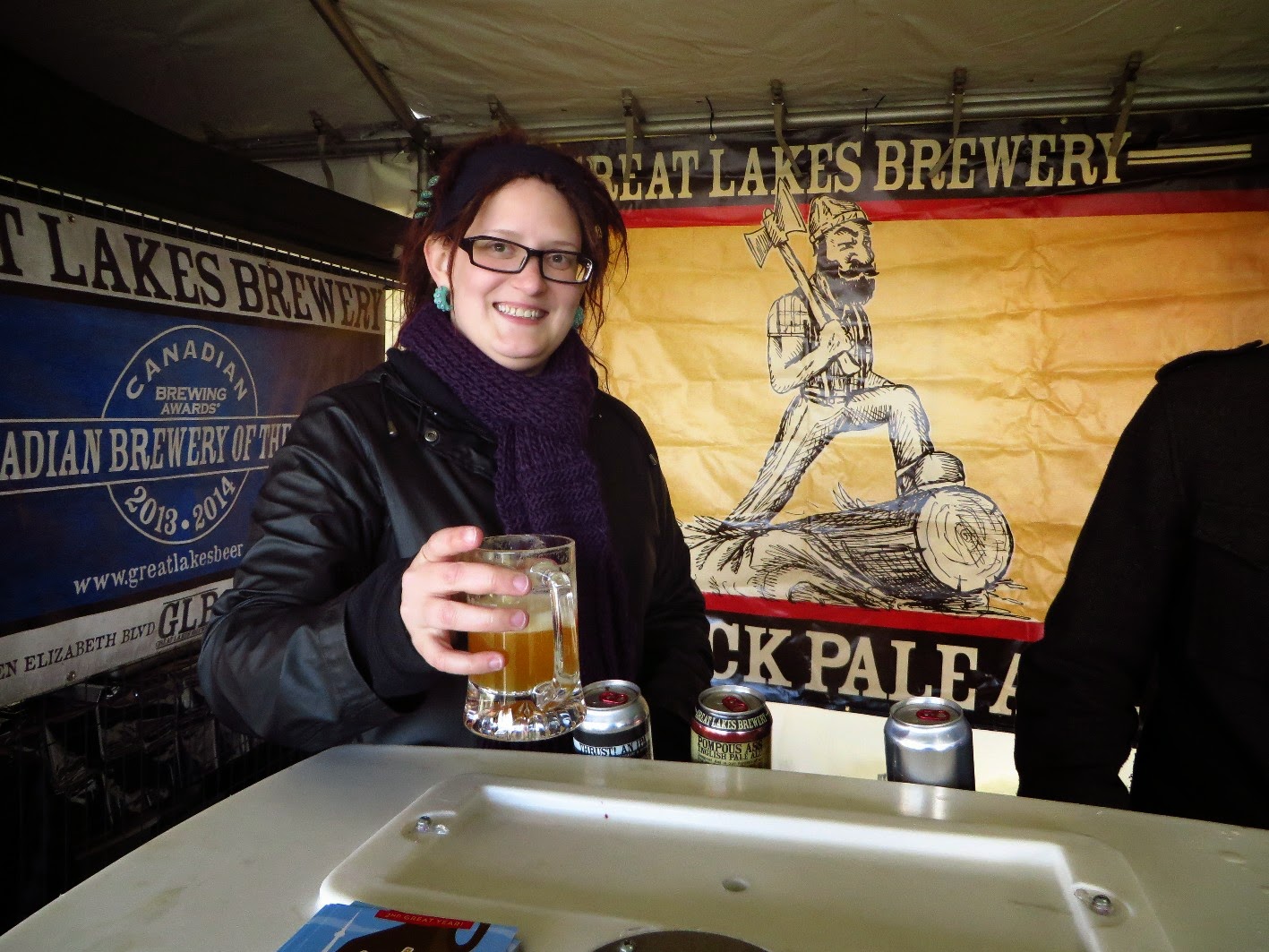 After a few hours, there was good number of people there. When the wind picked up, many sought refuge under the tents. We did too. 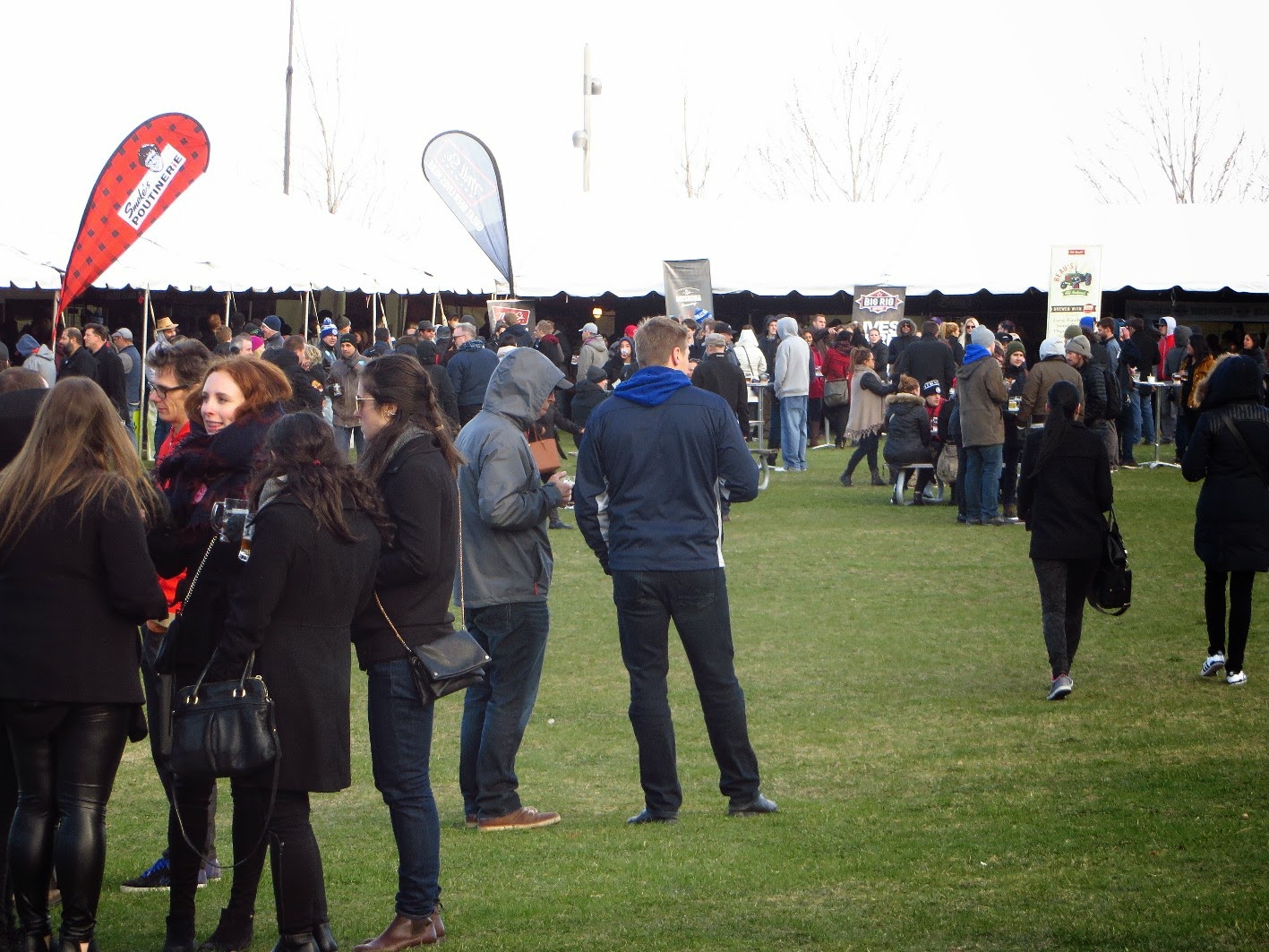 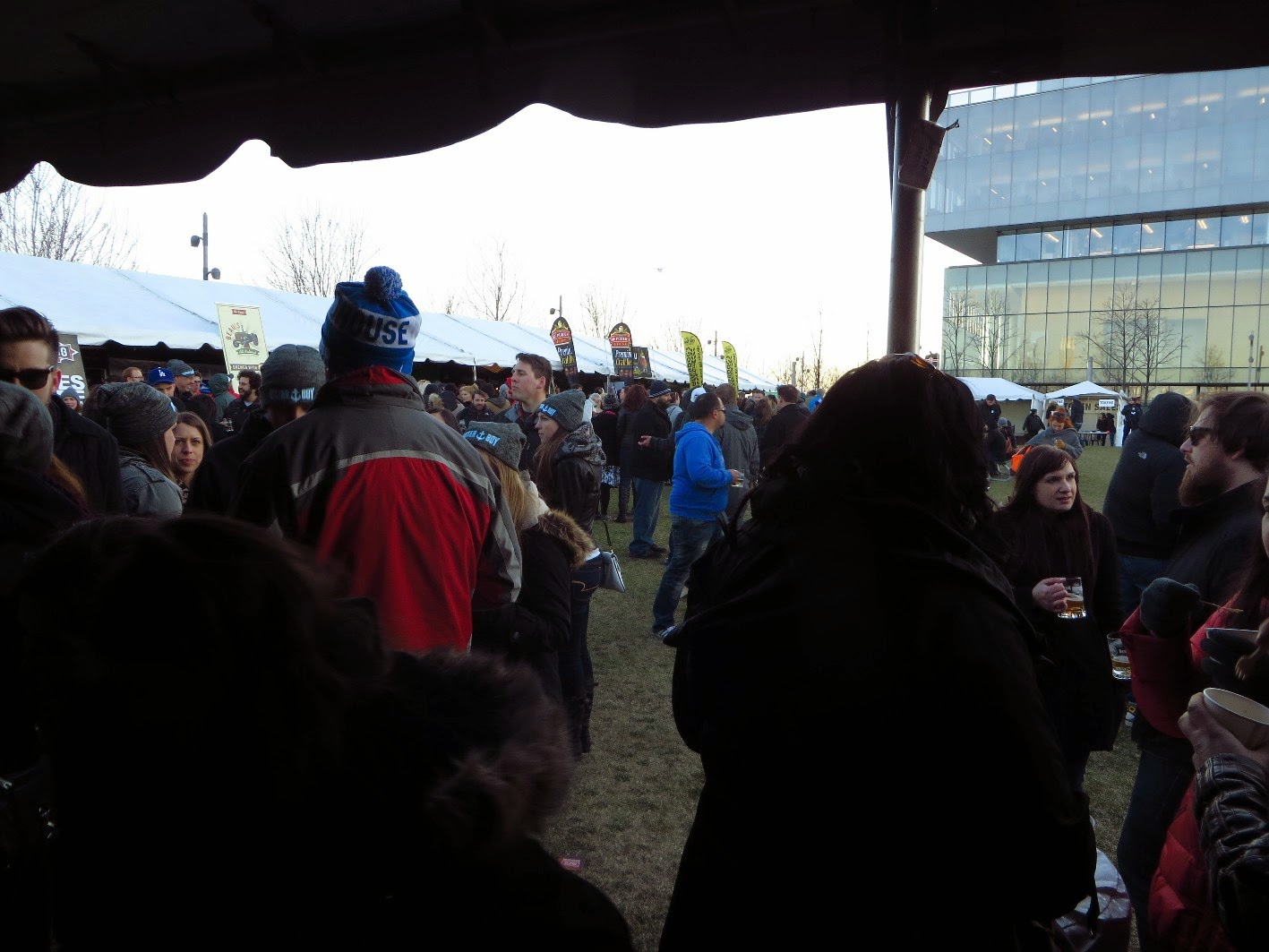 Teena comes back with a beer from Underdogs Brewhouse in Oshawa. 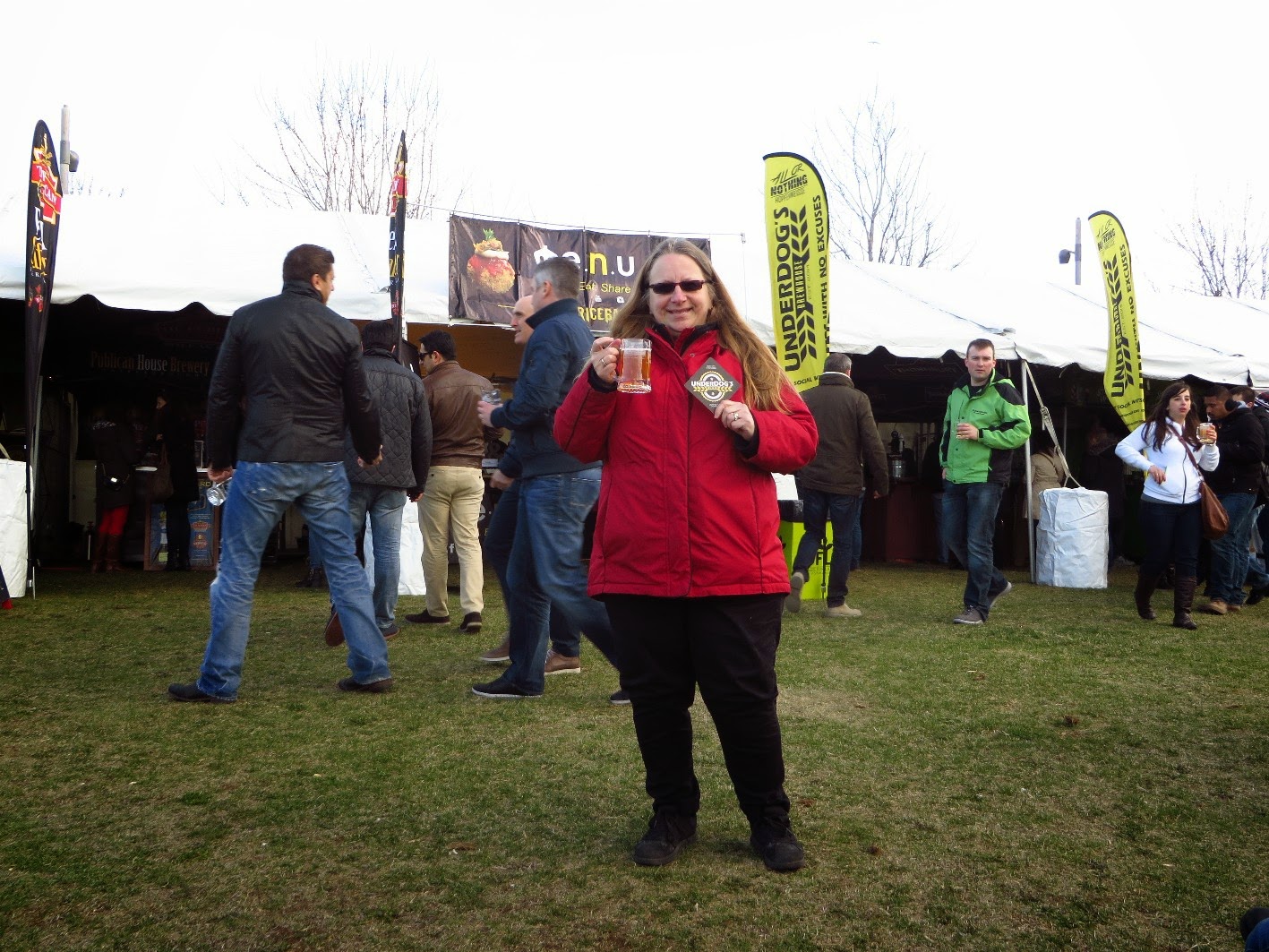 I had a Conductors Craft Ale from Junction Craft Brewing. 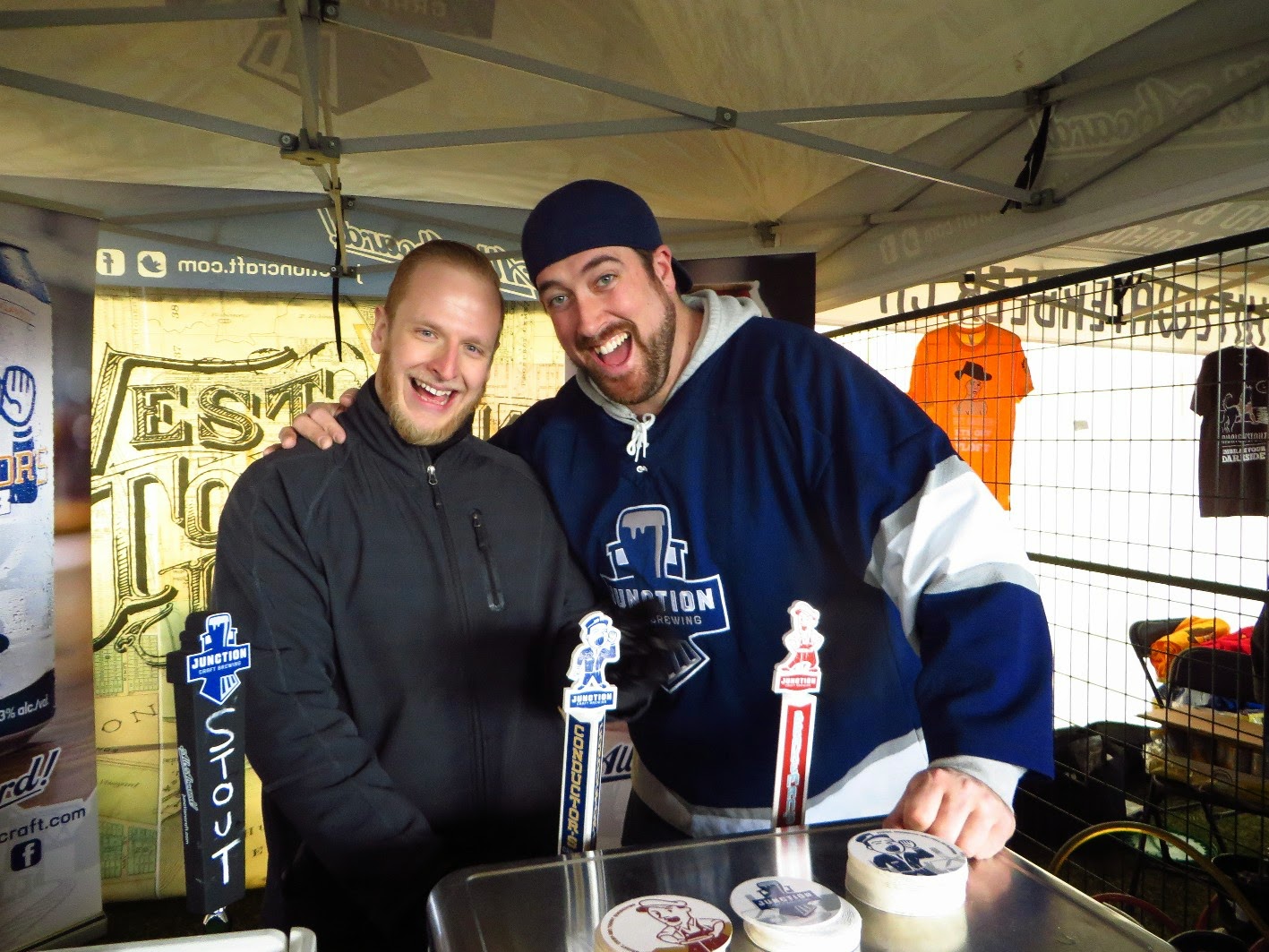 An O'Leerie Stout from Publican House Brewery in Peterborough. 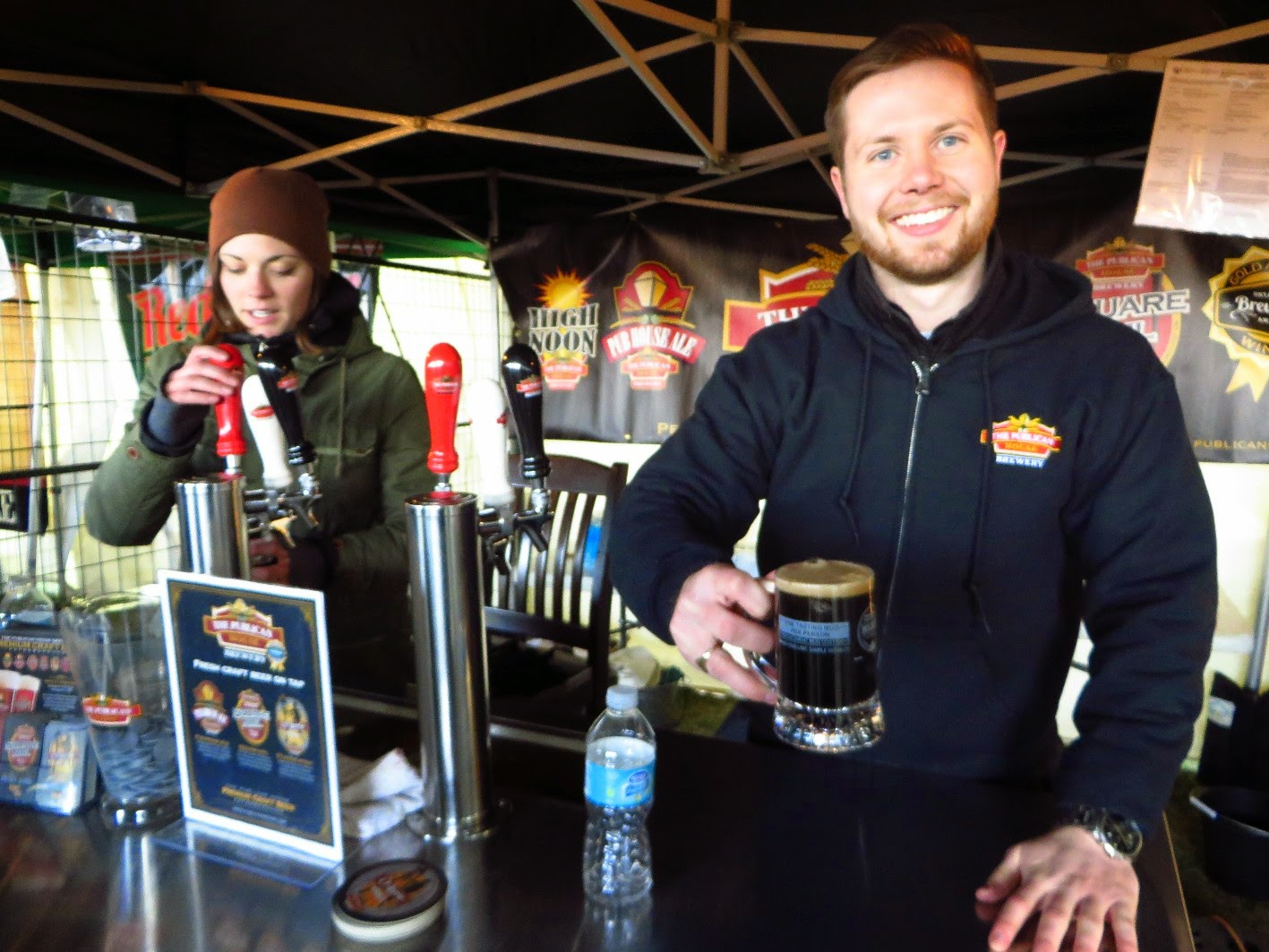 The band Frank Ryan entertained. They did a really excellent version Stevie Wonder's I Wish. 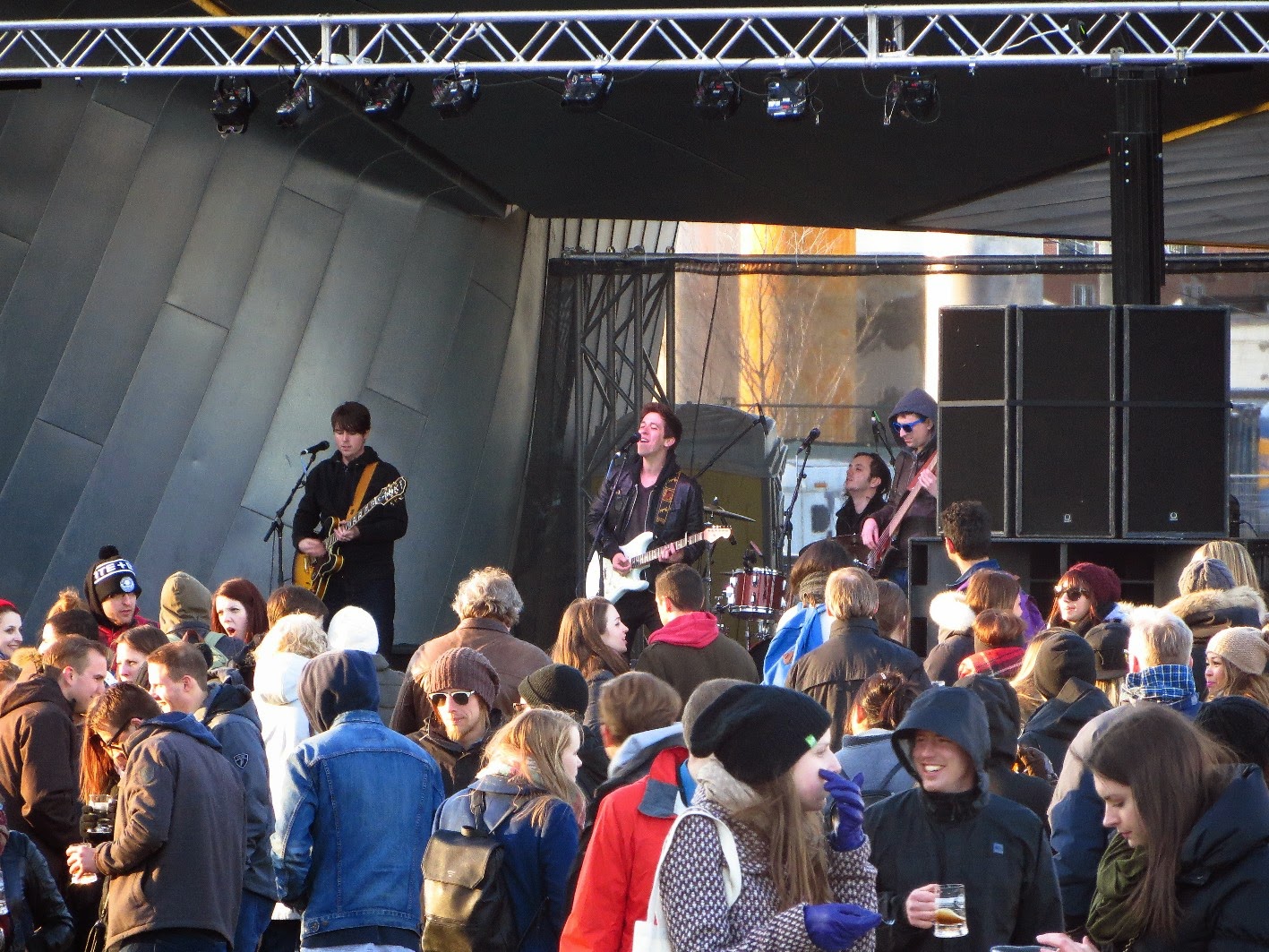 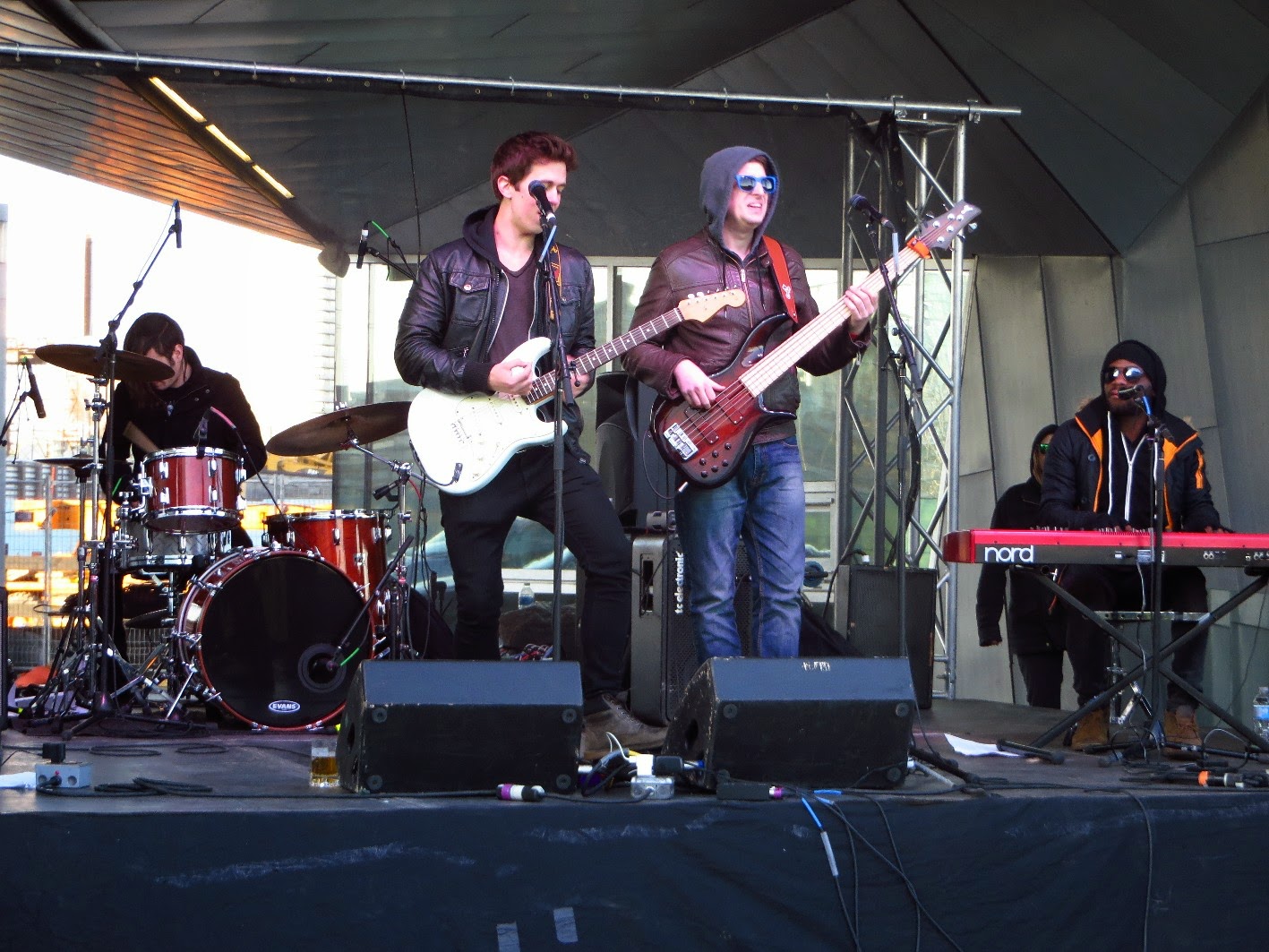 I tried a Farmers Daughter, Shirts Off in the Hayloft, that Teena got, then a Class V, No Turning Back, IPA from White Water Brewing. The company has a good sense of humour with the names of their beers. 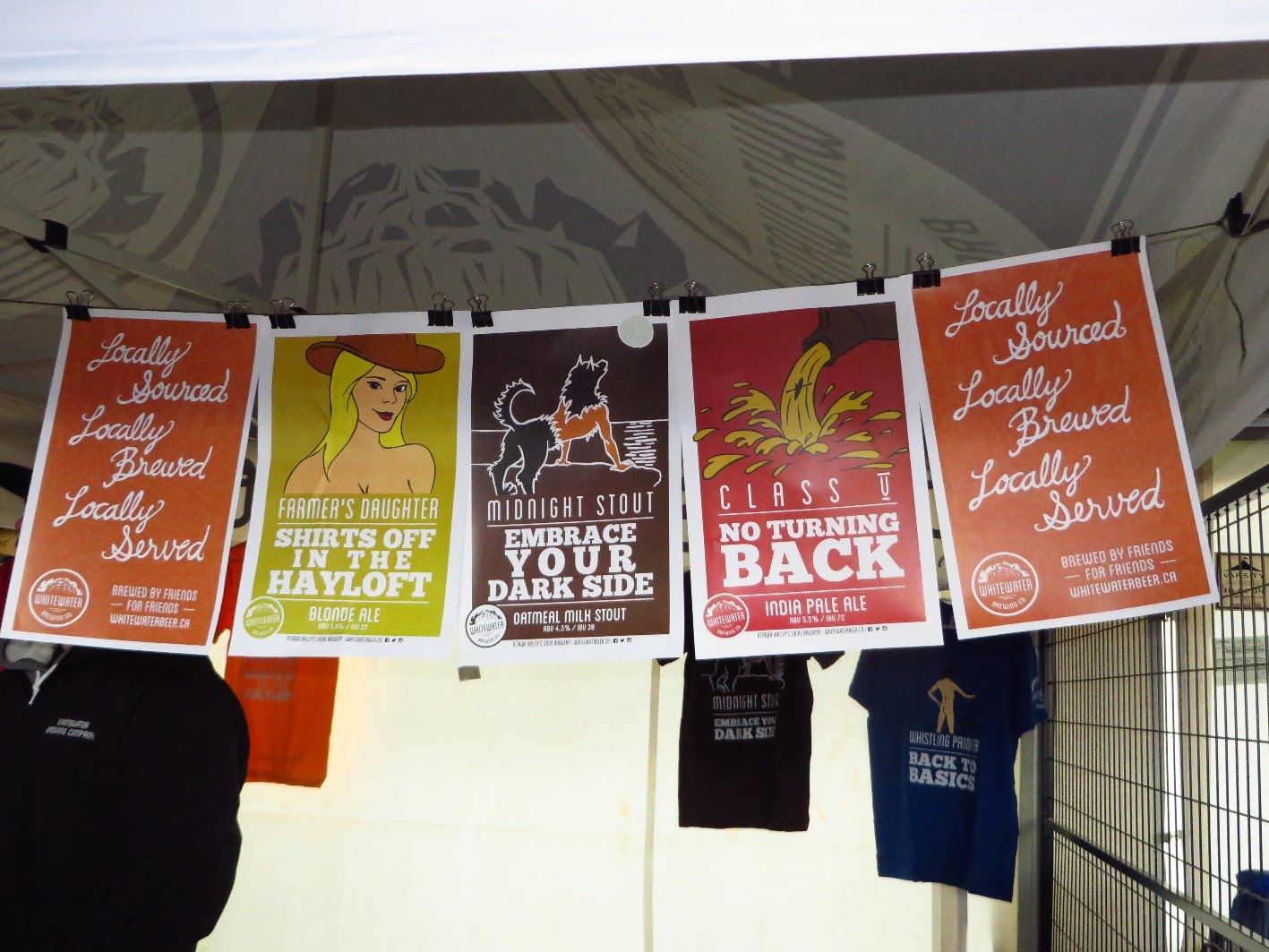 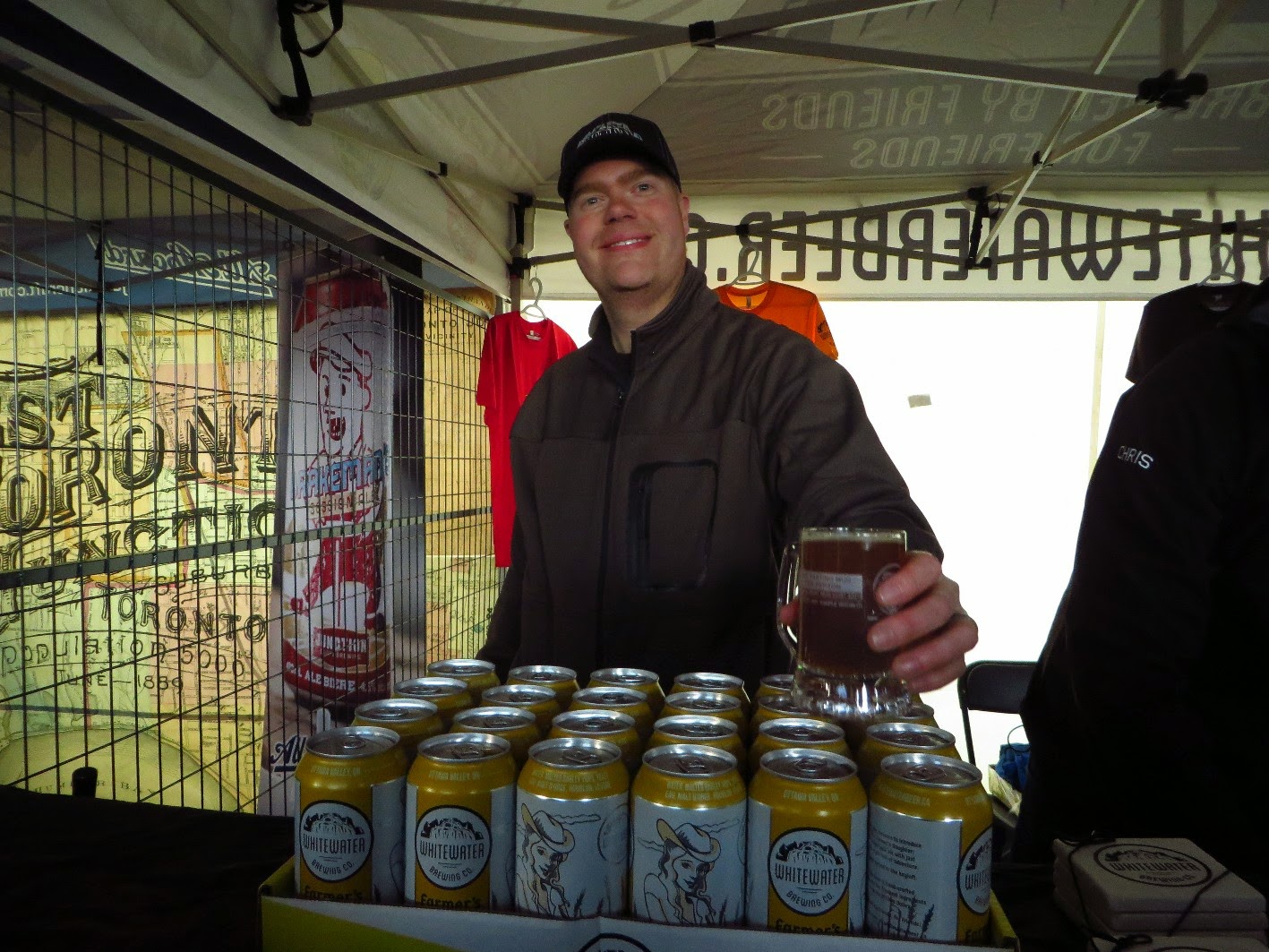 I have been to Goose Island Brewery and love their IPA. It was good to see them here. 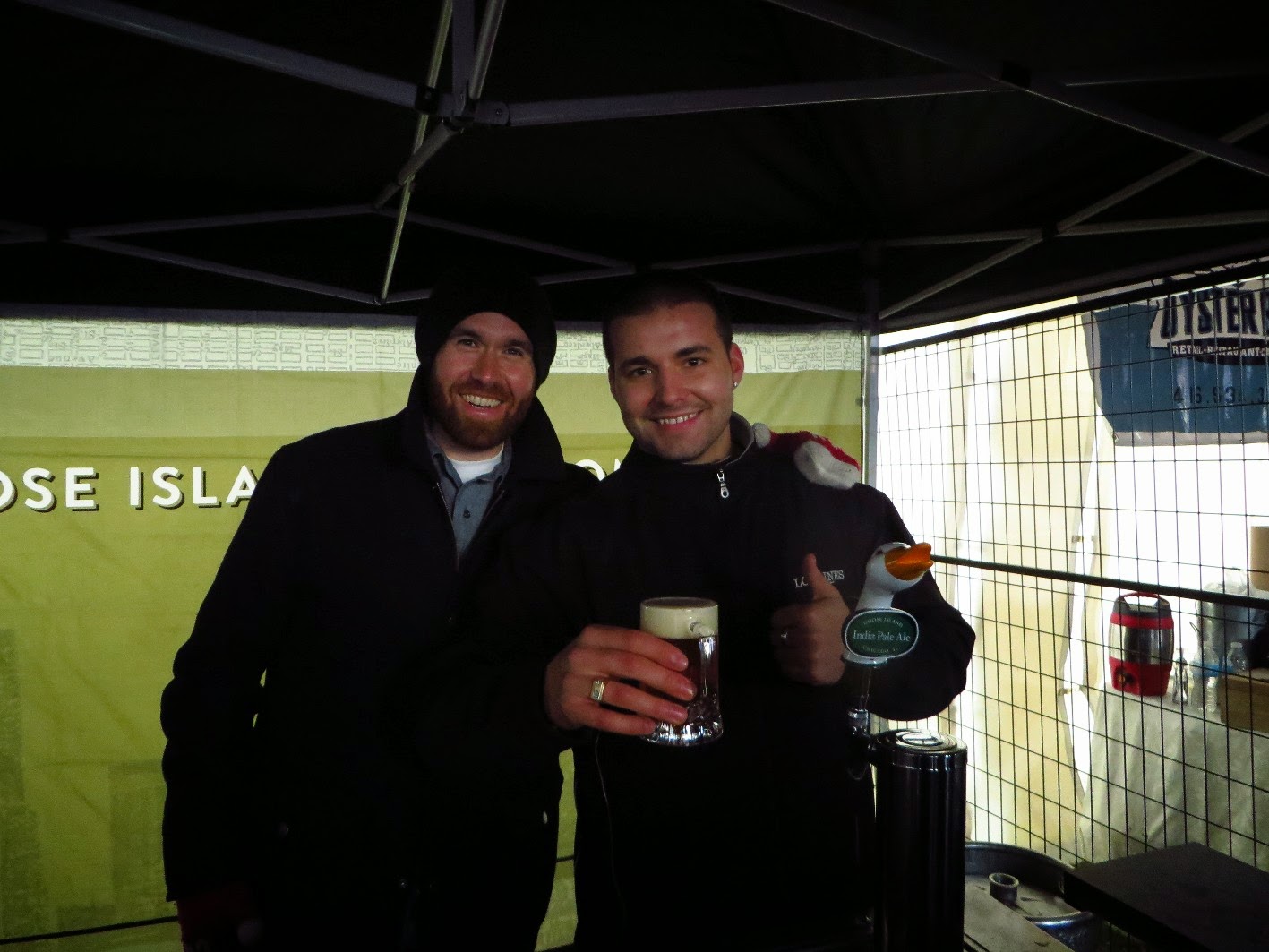 I loved the way this cooler was rigged up. My last beer was a Hoppy Hefeweizen from Mad And Noisy Brewing. When I told the fella it was my last token of the night, he gave me a generous pour. 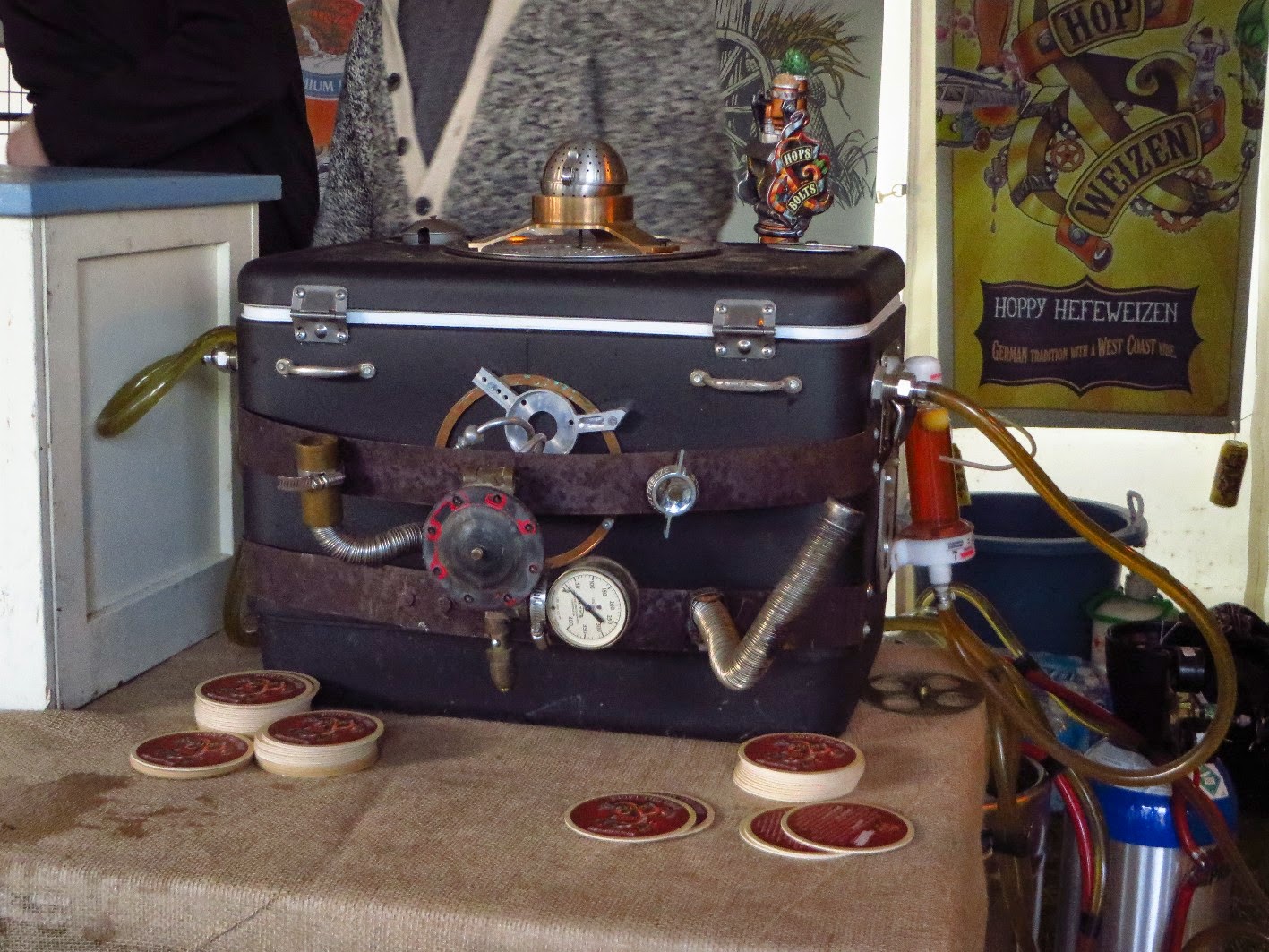 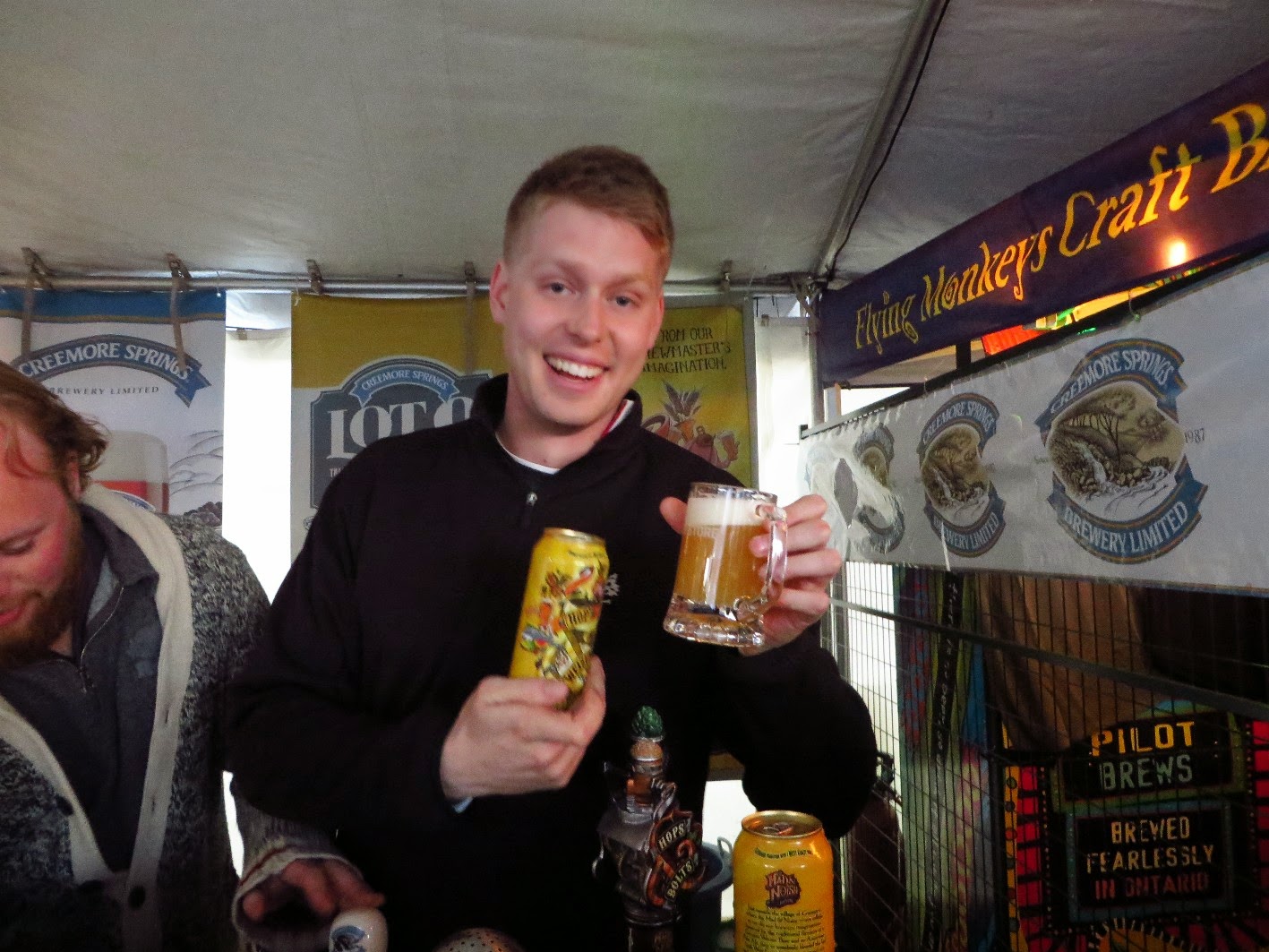