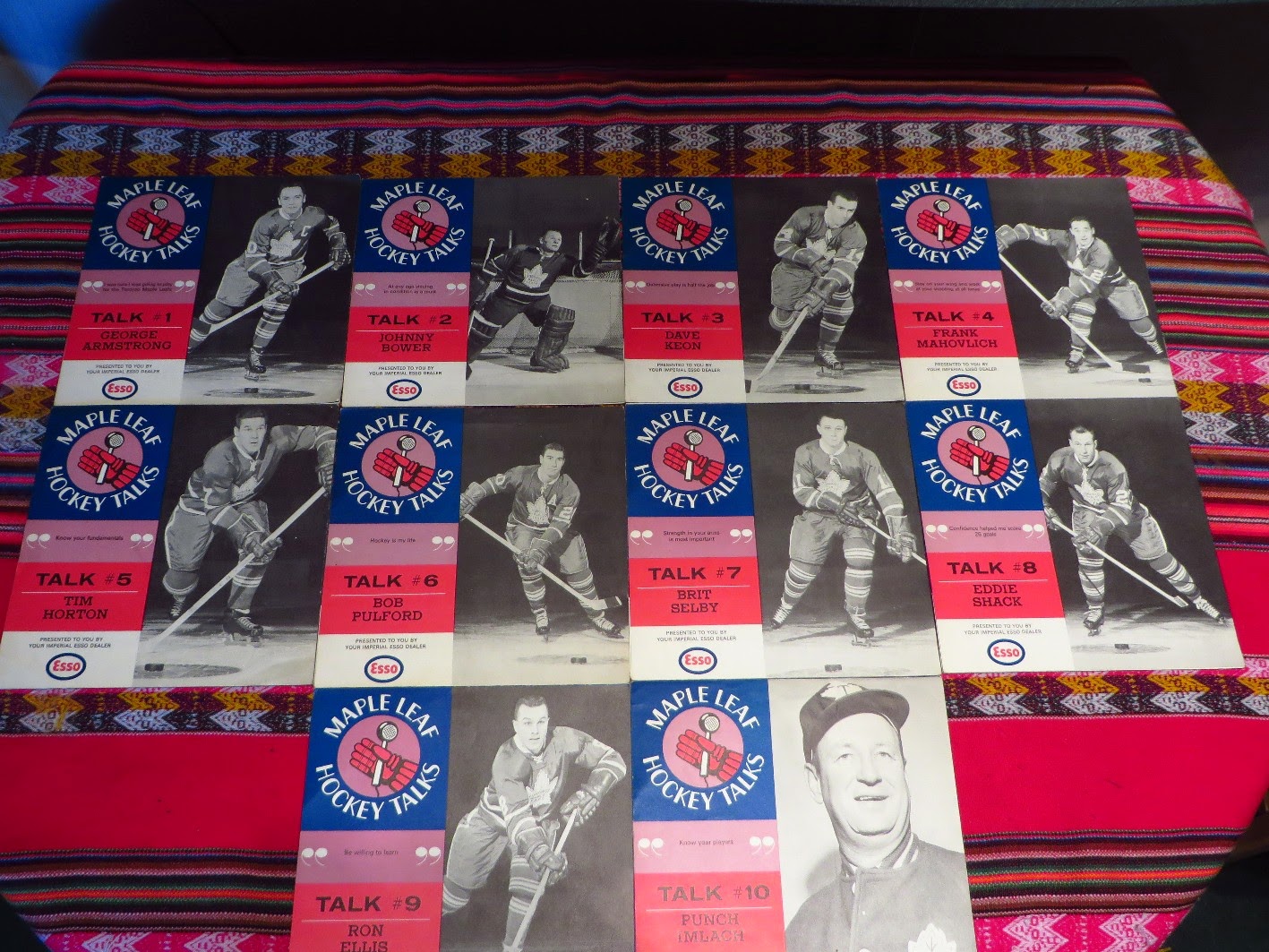 In 1966, Esso had a promotion. Fill up your car with Esso gas and receive a Hockey Talks record featuring a different Toronto Maple Leaf every week.

So every week when my dad would go out to get gas, I would go with him, to ensure I got that week's record. The first thing my dad would ask the attendant (no self-serve back then) was if they had the latest records. I remember a couple of times being told no, my heart would stop. My dad would then just say thanks and drive off to the next station. 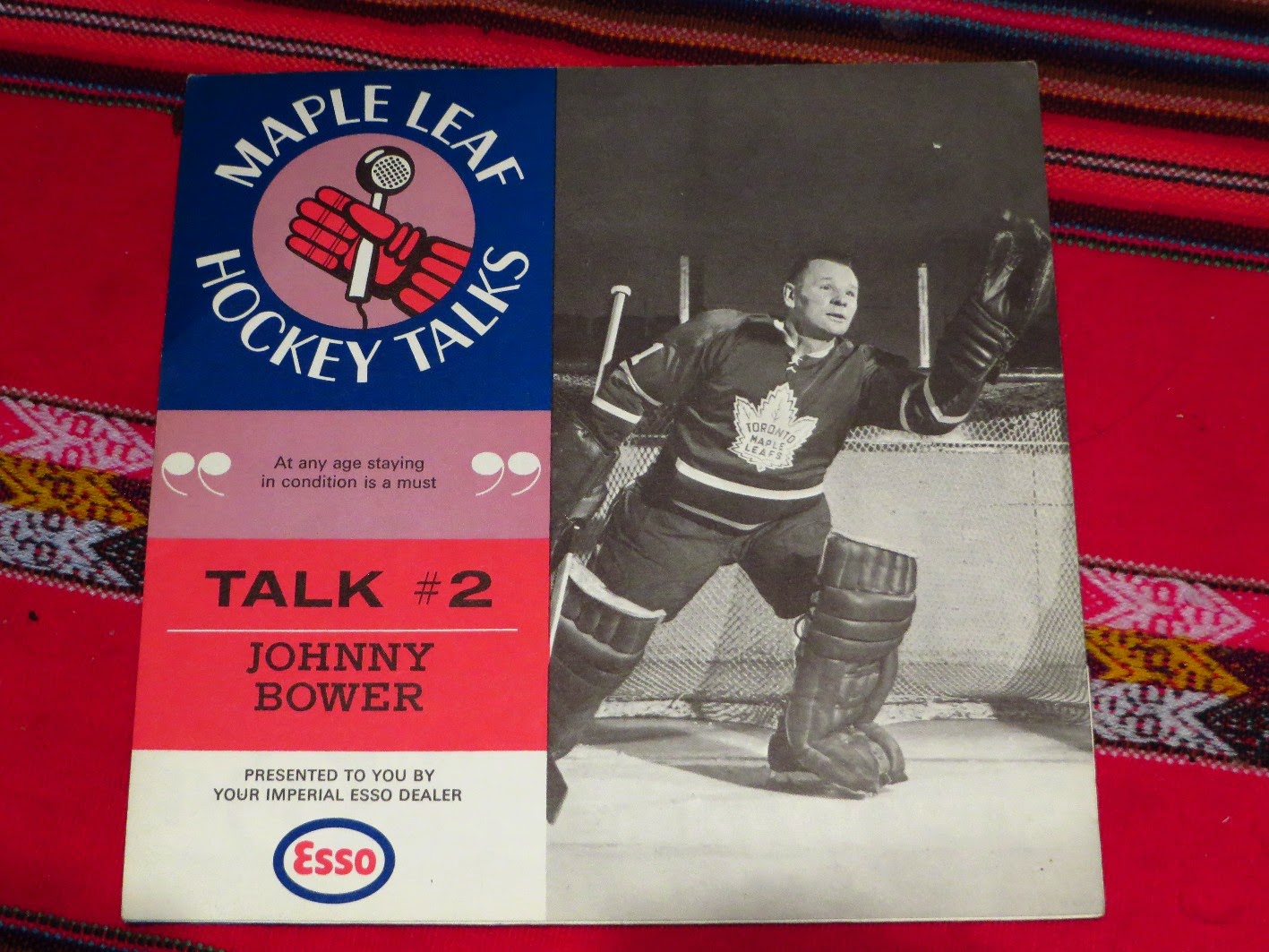 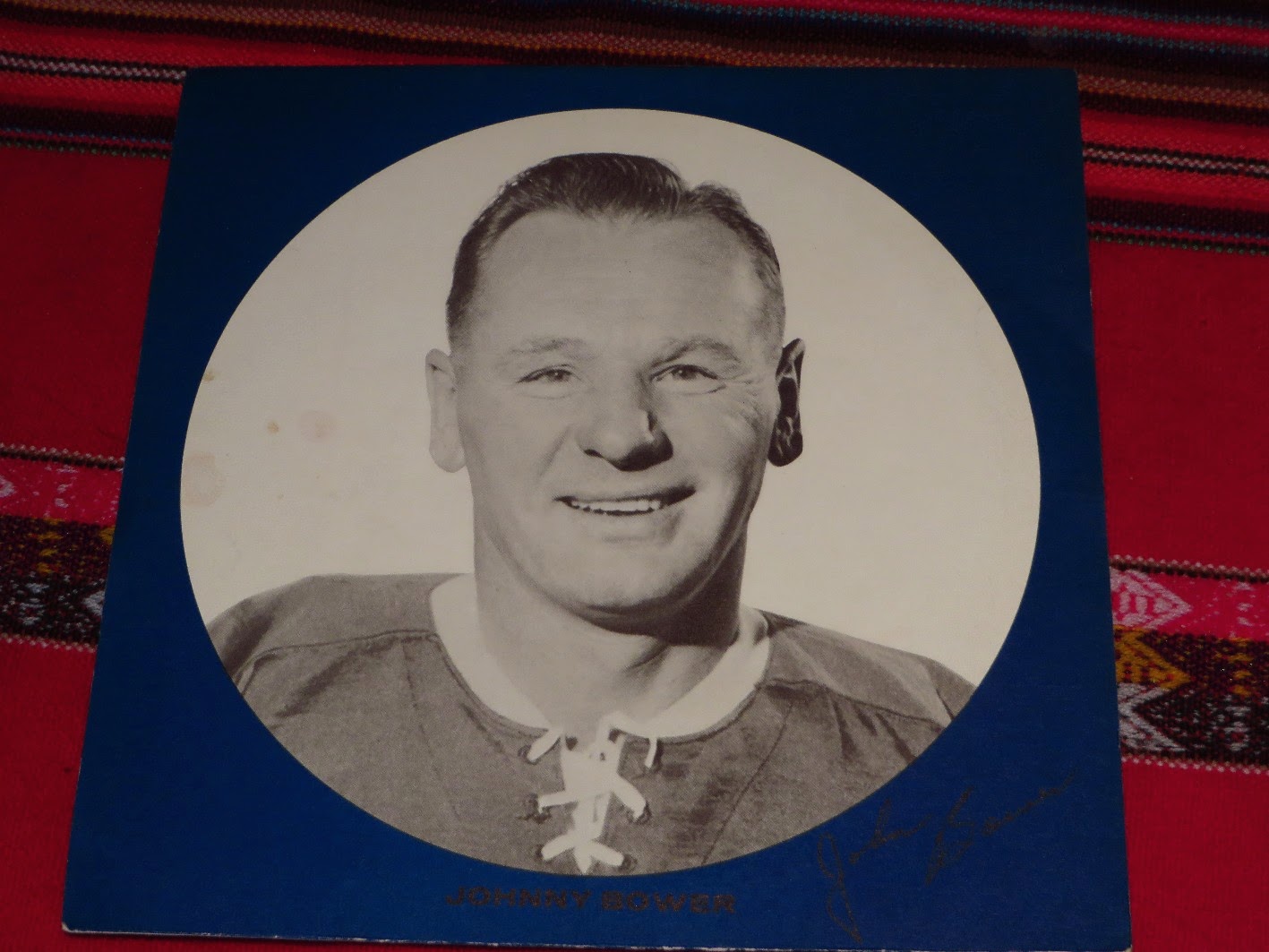 One side of each flimsy record was about five minutes of the Leaf giving advice on how to play their position, stay in shape, etc, and the other was Ward Cornell or Jack Dennett, the voices of Hockey Night in Canada at the time, give the biography of the player which included Foster Hewitt giving a reenactment of the call of their first goal or big moment of their first game.

Here's a sample of George Armstrong.


I had the whole collection, all ten, stored away for many years, never knowing what to do with them. Throwing them out or selling them was out of the question. 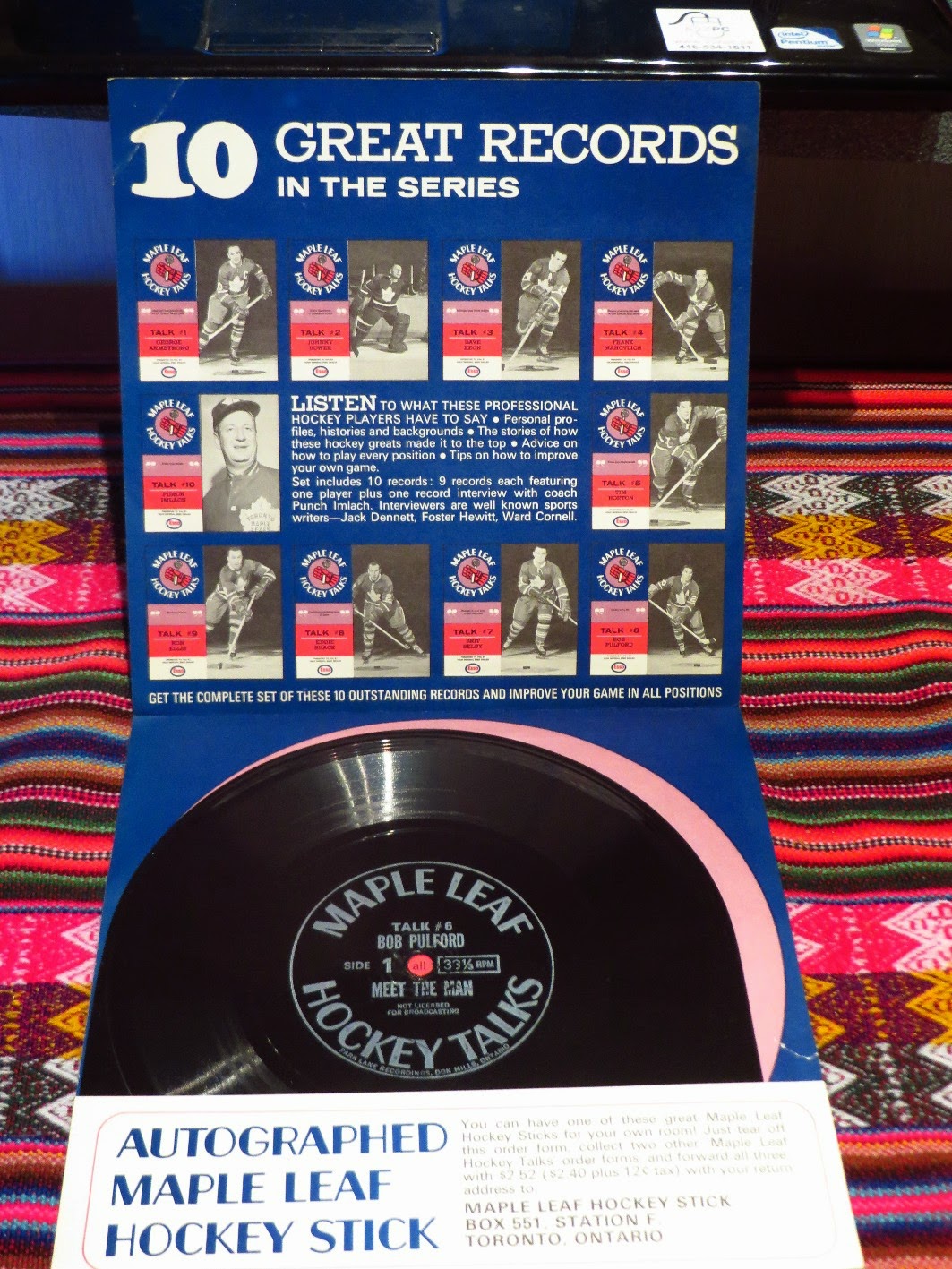 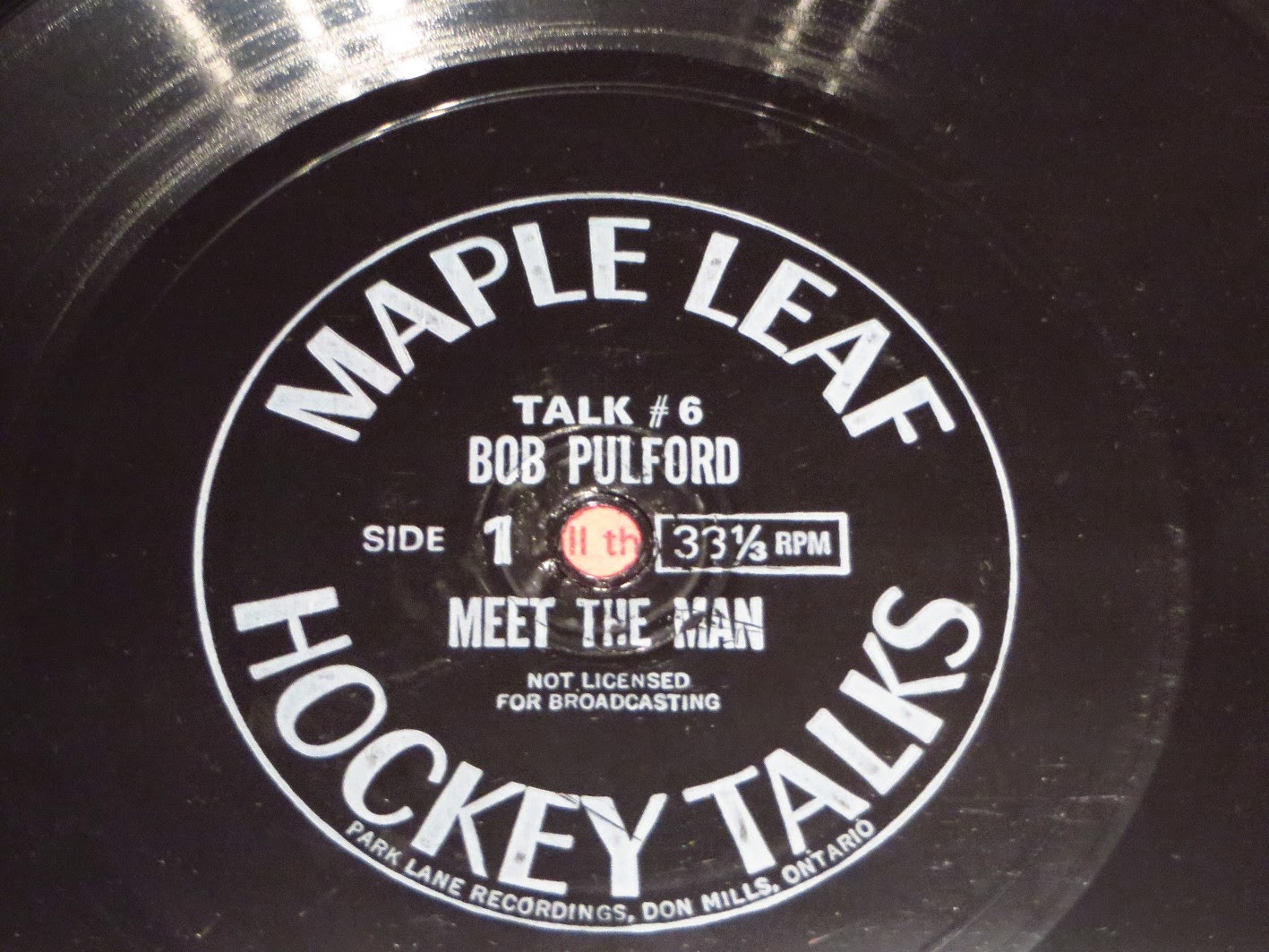 Then at the end of March, I had an opportunity with Heritage Toronto, to take a tour of the City of Toronto Museum Collections. They had some cool Toronto Maple Leaf items in storage which gave me an idea. Why not donate the collection?

I emailed Alex, who had given the tour, and attached the pictures and, yes, they wanted the collection. Apparently the Chief Curator called the collection "amazing"! This evening I took them over and made the donation. Here I am with Alex with the records. 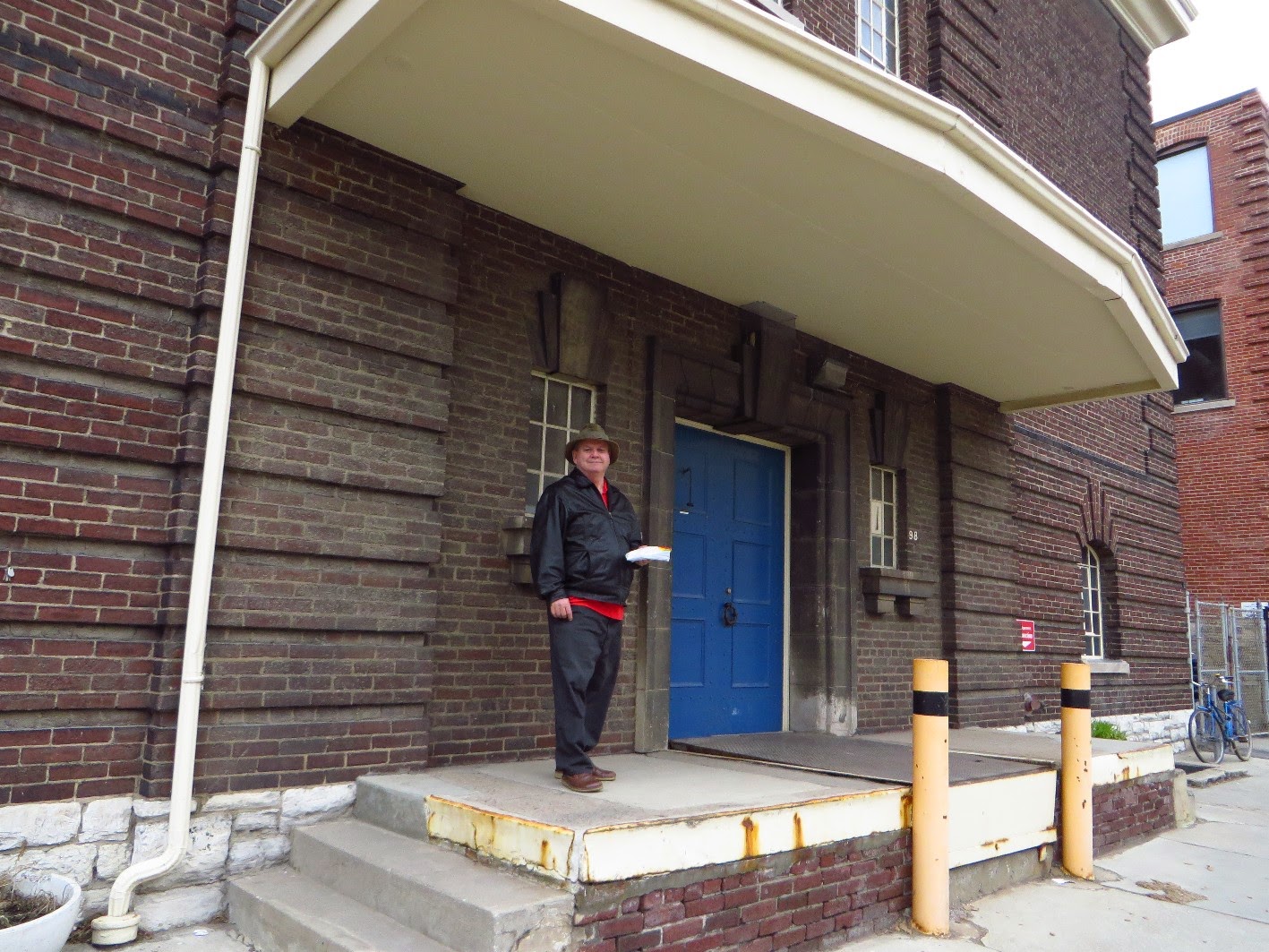 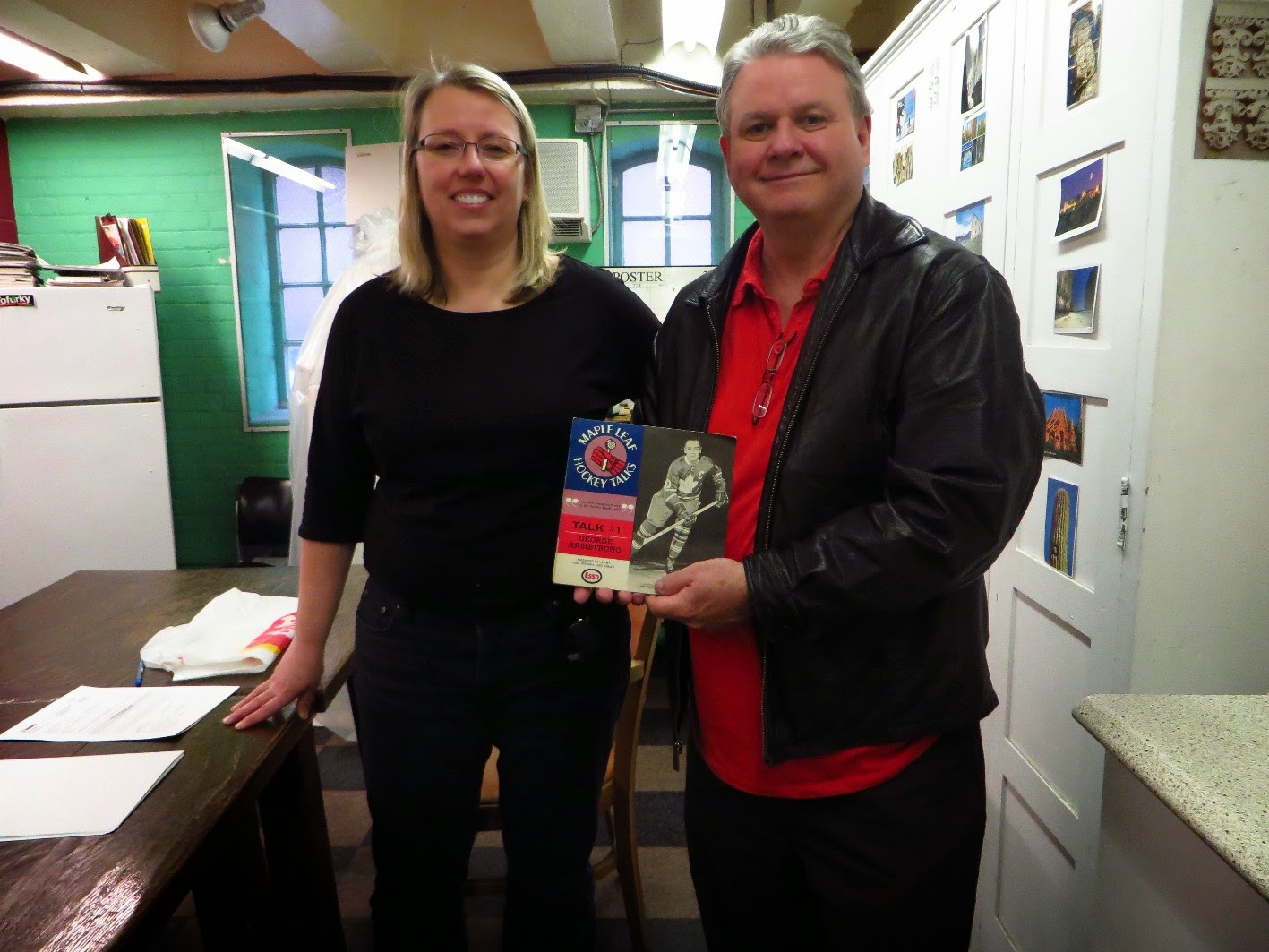 The records are going to have a good home here. Apparently there is going to be a showing of Toronto Maple Leaf items next year tentatively to be called Maple Leafs Forever. They are already considering using one or more or the records from this set.

Alex is very friendly and outgoing and gave Teena and I a quick tour of one of the floors, including the spot where my (theirs) collection will rest.

I feel really good in being able to do this but admittedly a little old knowing I am donating a piece of Toronto's past that is almost 60 years old that I got new in my lifetime.
Posted by Swordsman at 18:49