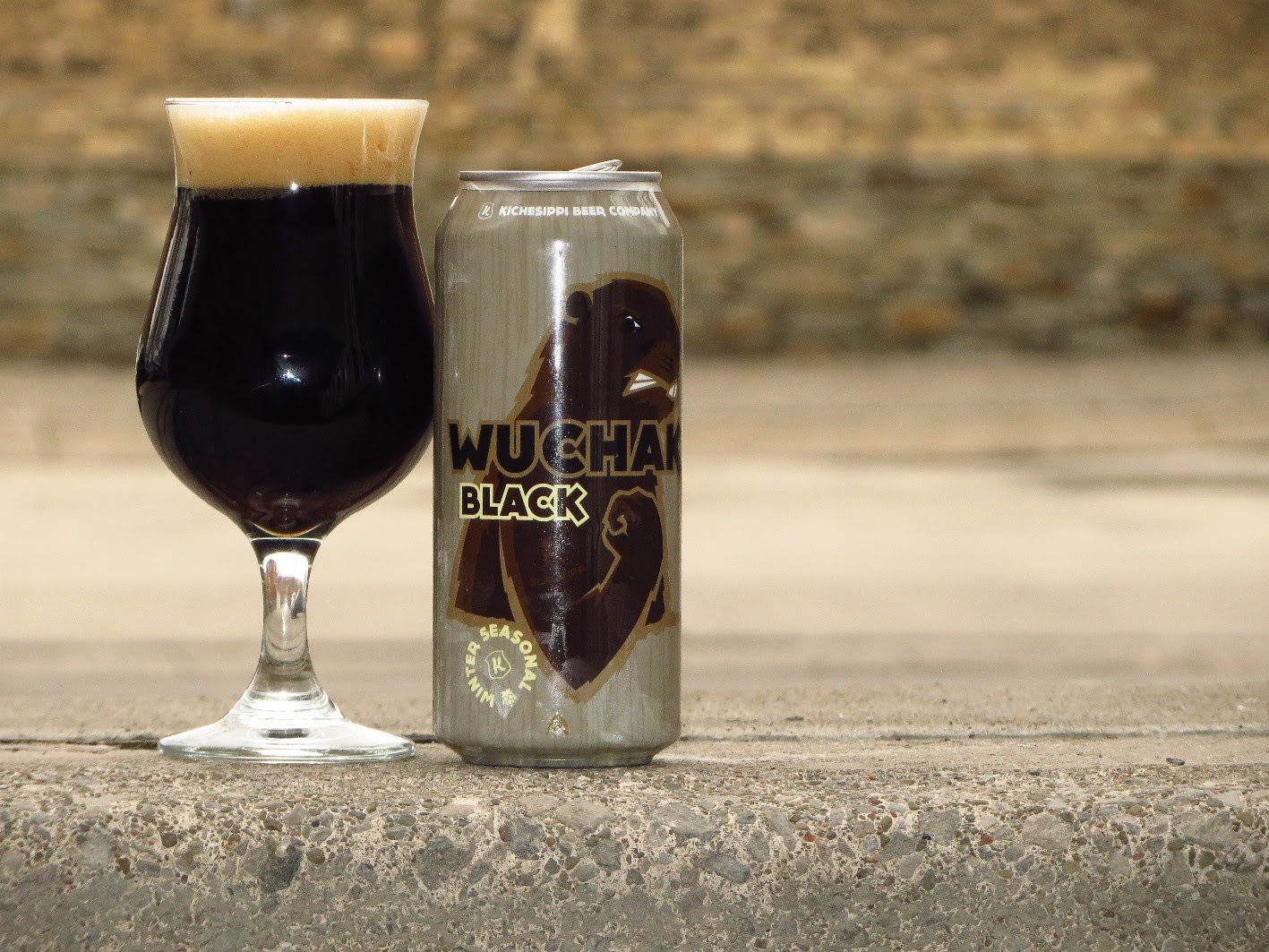 In my March Beer of the Month package, I received a Wuchak Black from Kichesippi Beer Company. This family-owned Ottawa brewery opened in 2009 and makes soda as well as beer. Not many places do that. The company's brewmasters have been in the brewing industry since 1995.

Kichesippi may sound like a strange name but is taken from Ottawa's history as up until 1855, the Ottawa River was known as the Kichesippi which means The Great River in the native Algonquin language.

On the Wochak Black can is a picture of a groundhog, as Wochak is Algonquin for groundhog and likely where we got the term woodchuck from.

And how does the Wochak Black taste?

This is a Cascadian Dark Ale, also known at times as a Black IPA or an American Black Ale. It naturally pours black into the glass with a good brownish head. The aroma has coffee notes to it. Nice lacings line the glass as I sip.

The Wochak starts off very porter-like with a dark roast coffee bitterness to it but then the Cascadian hops come rolling in. The hops fade out and the dark roast coffee bite returns in a long finish.  This is a very nice beer but a style that I would enjoy only on occasion. I could not have three or four of these in a night but would definitely buy one if I found it on draft. 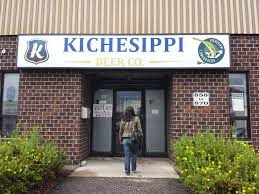