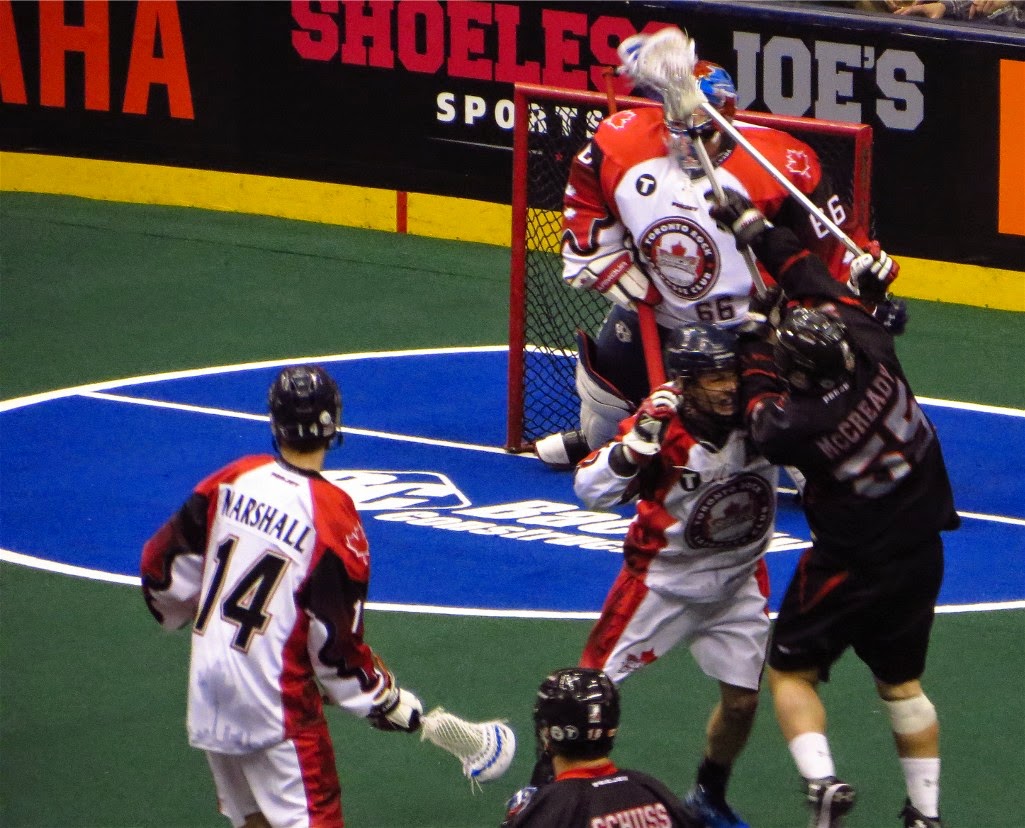 Tonight the 4-9 Vancouver Stealth came into town to take on the 11-4 first place Toronto Rock at the ACC. Vancouver came in with a five game losing streak while Toronto was 1-2 in their last three games. I'm not sure why but the Rock wore white uniforms tonight. It threw me off a little as I'm so used to cheering for them in their Blues. 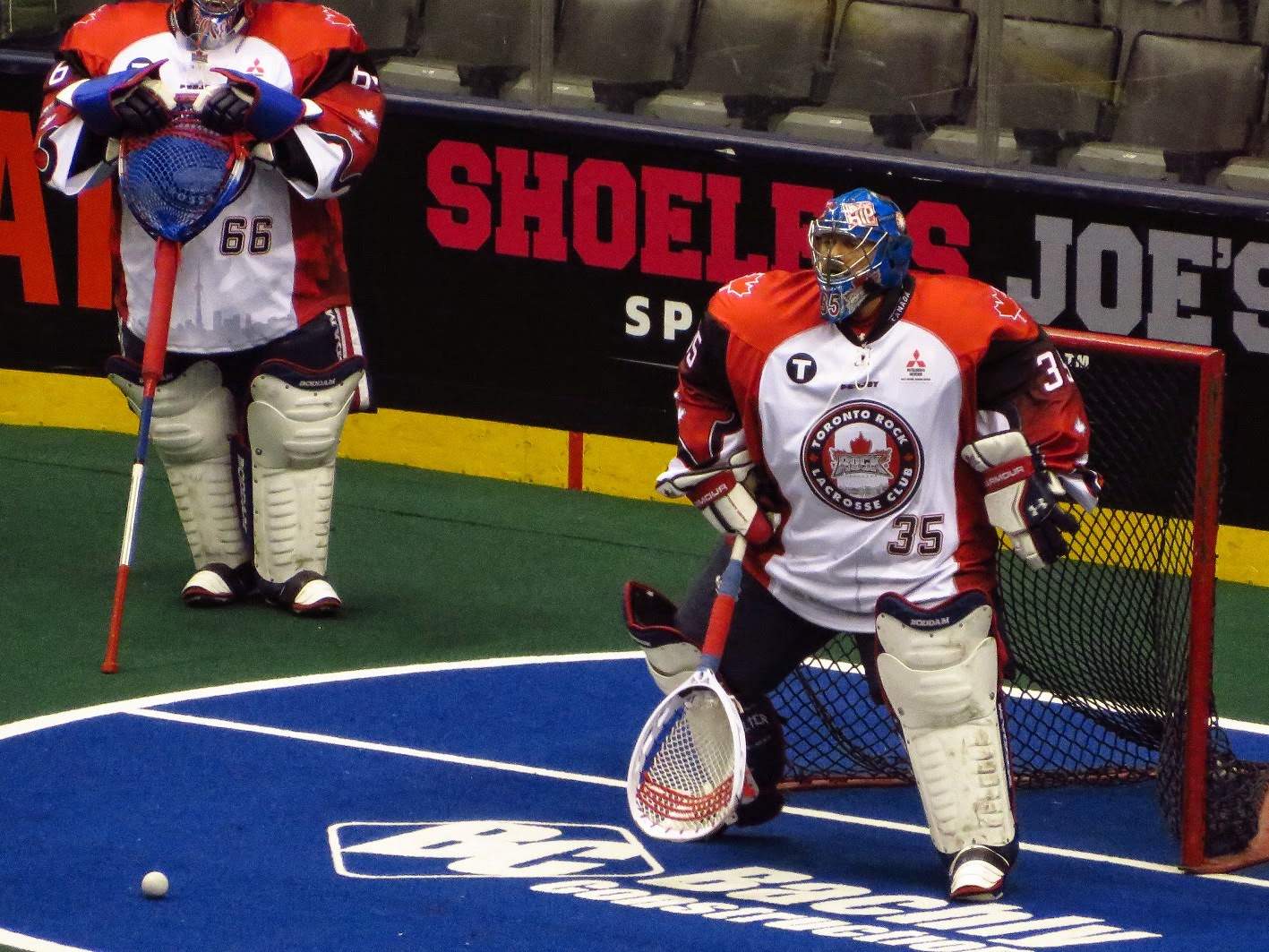 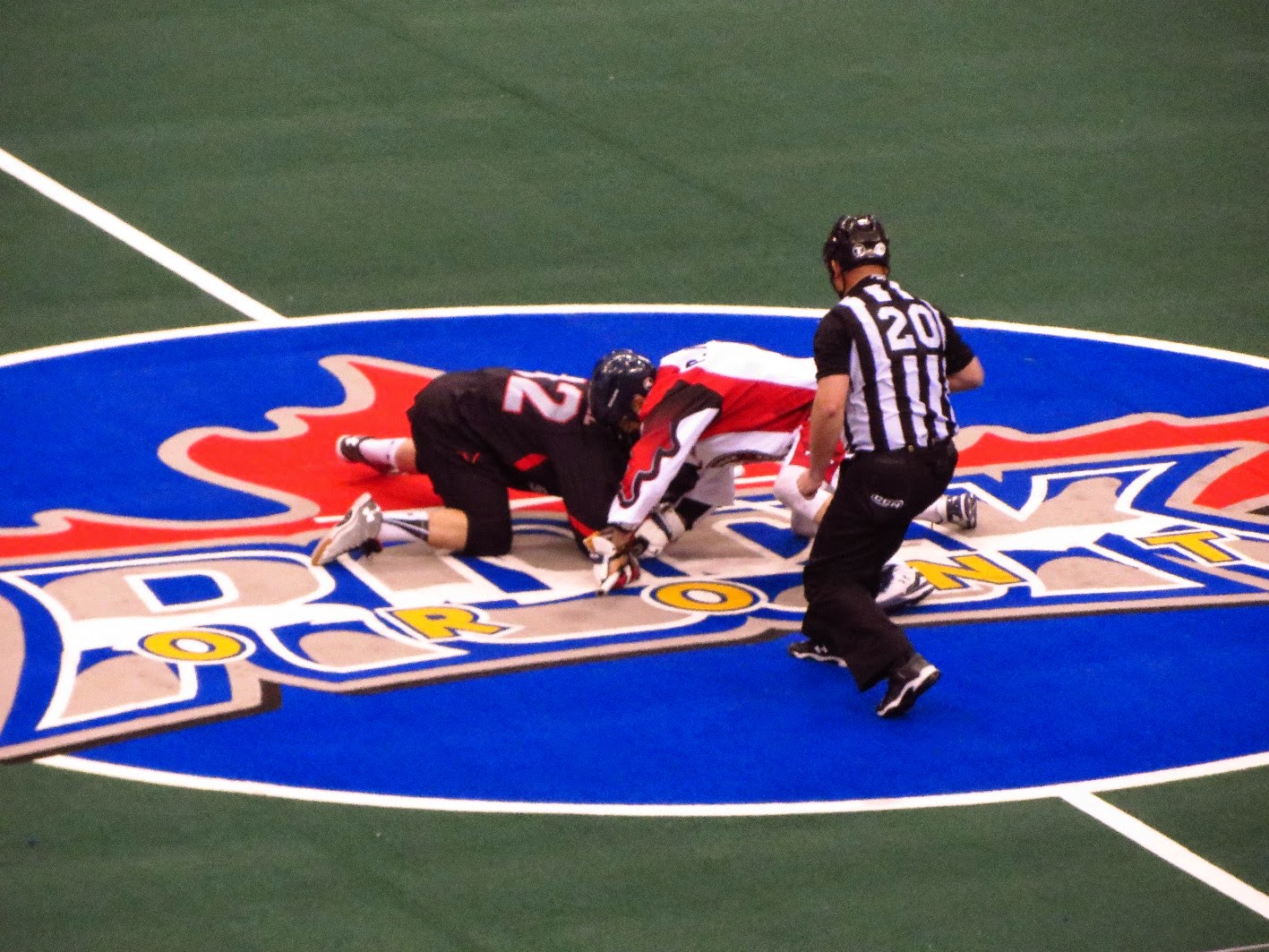 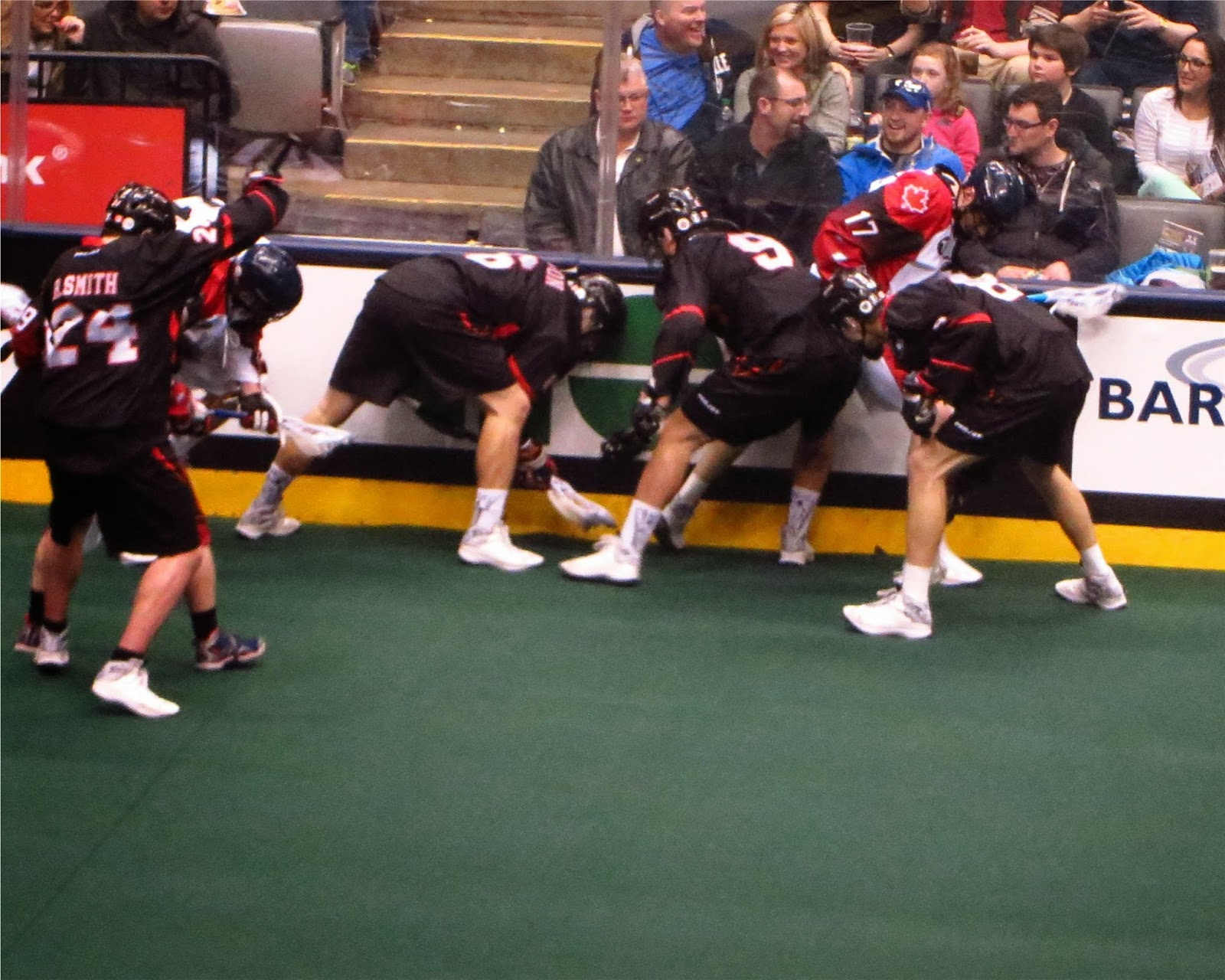 It took awhile for the first goal to be scored and it was by the Stealth. Toronto tied it minutes later but Vancouver put in a couple of fast ones to take a 3-1 lead with a goal by Cory Small. 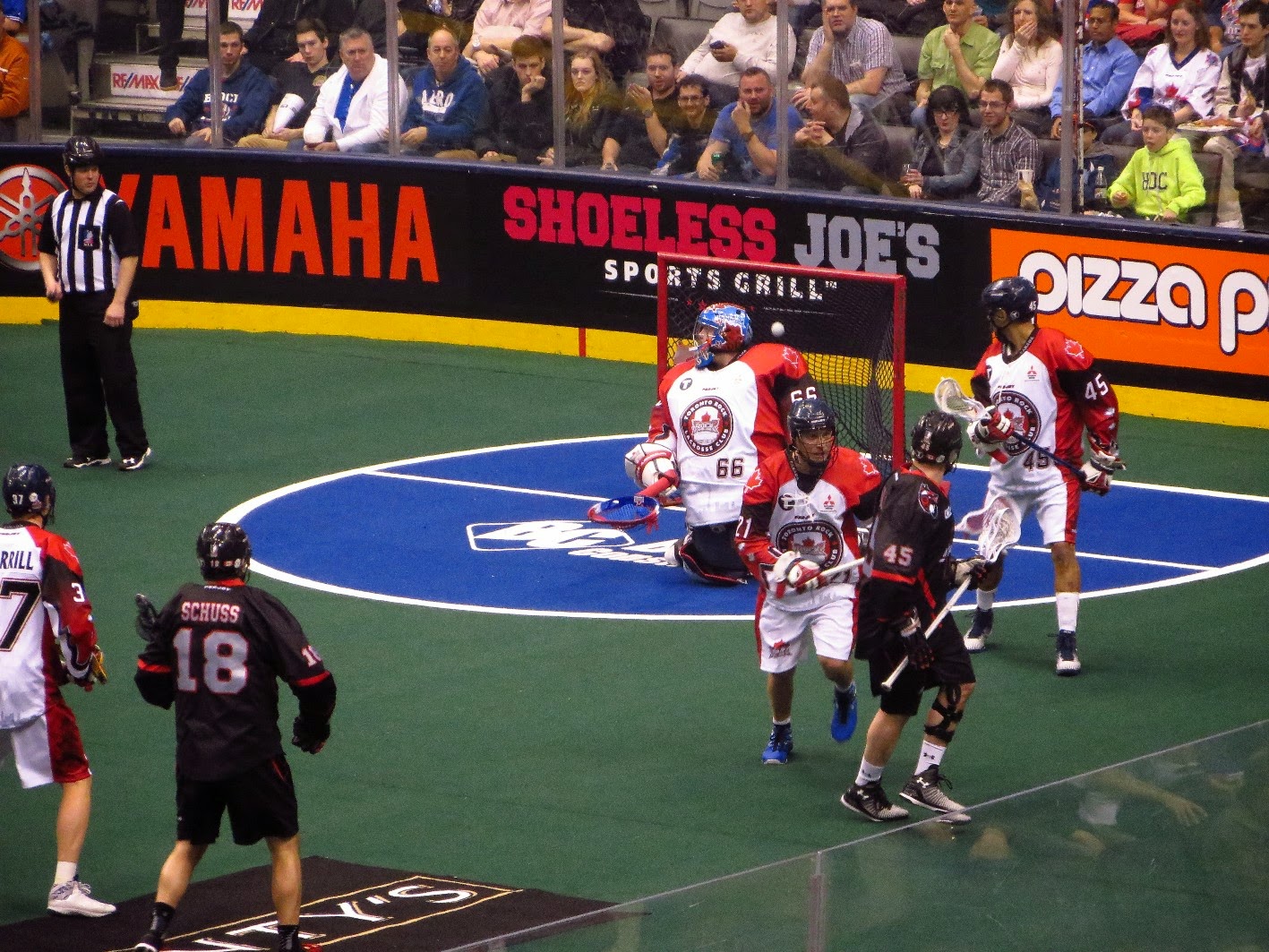 Toronto managed to score with under a minute to go with a long shot goal by Brett Hickey, his first of many this night. 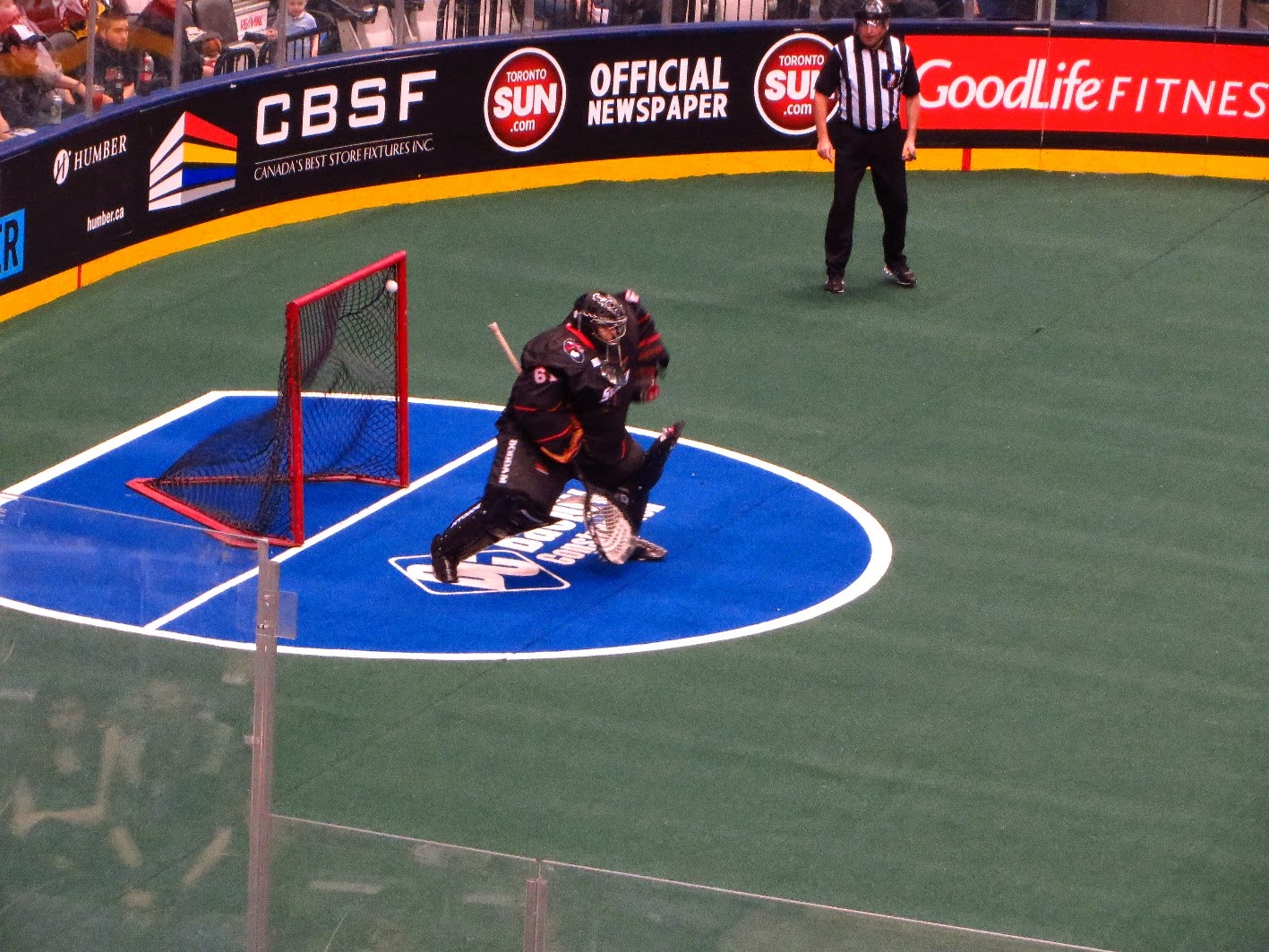 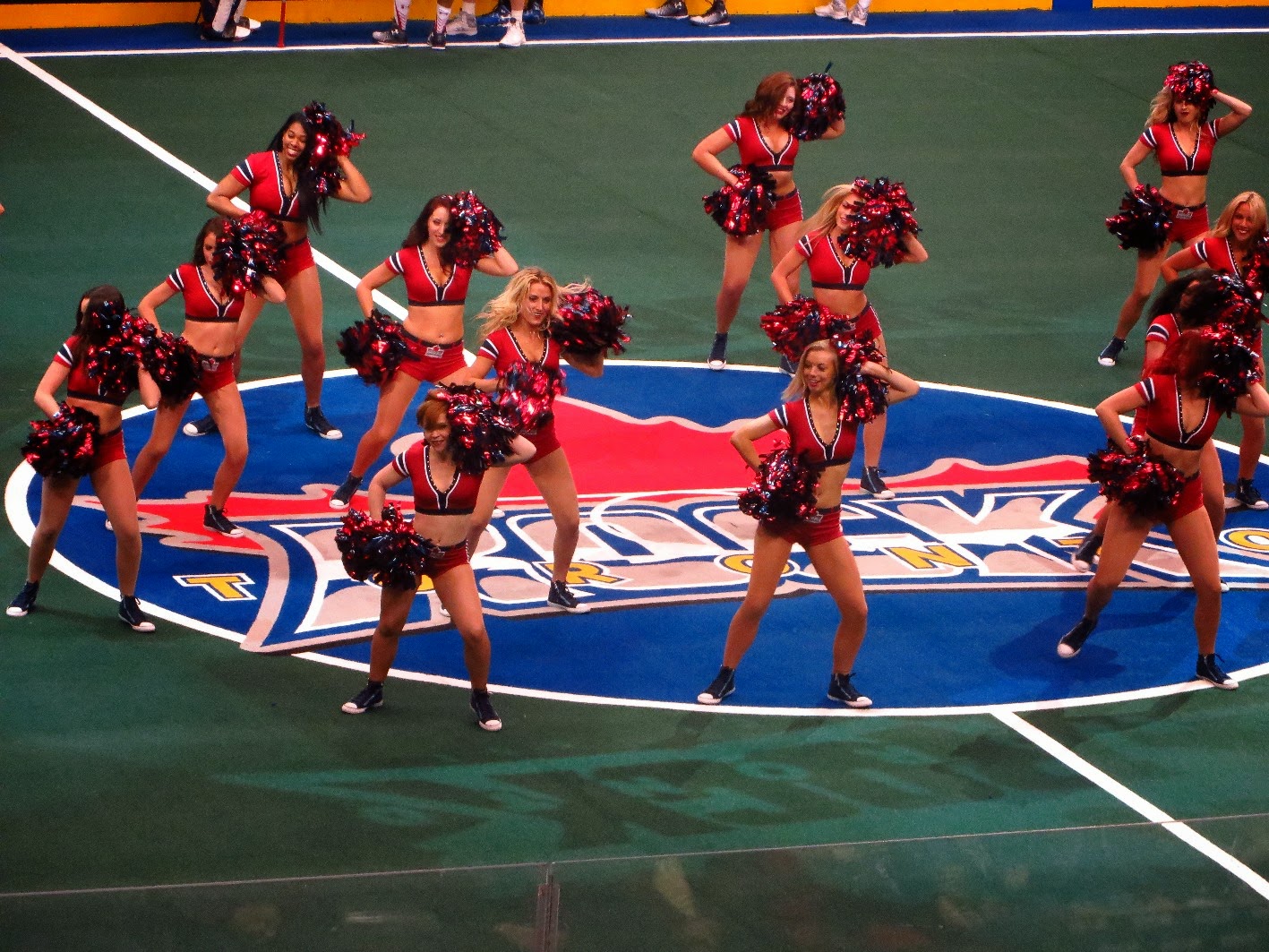 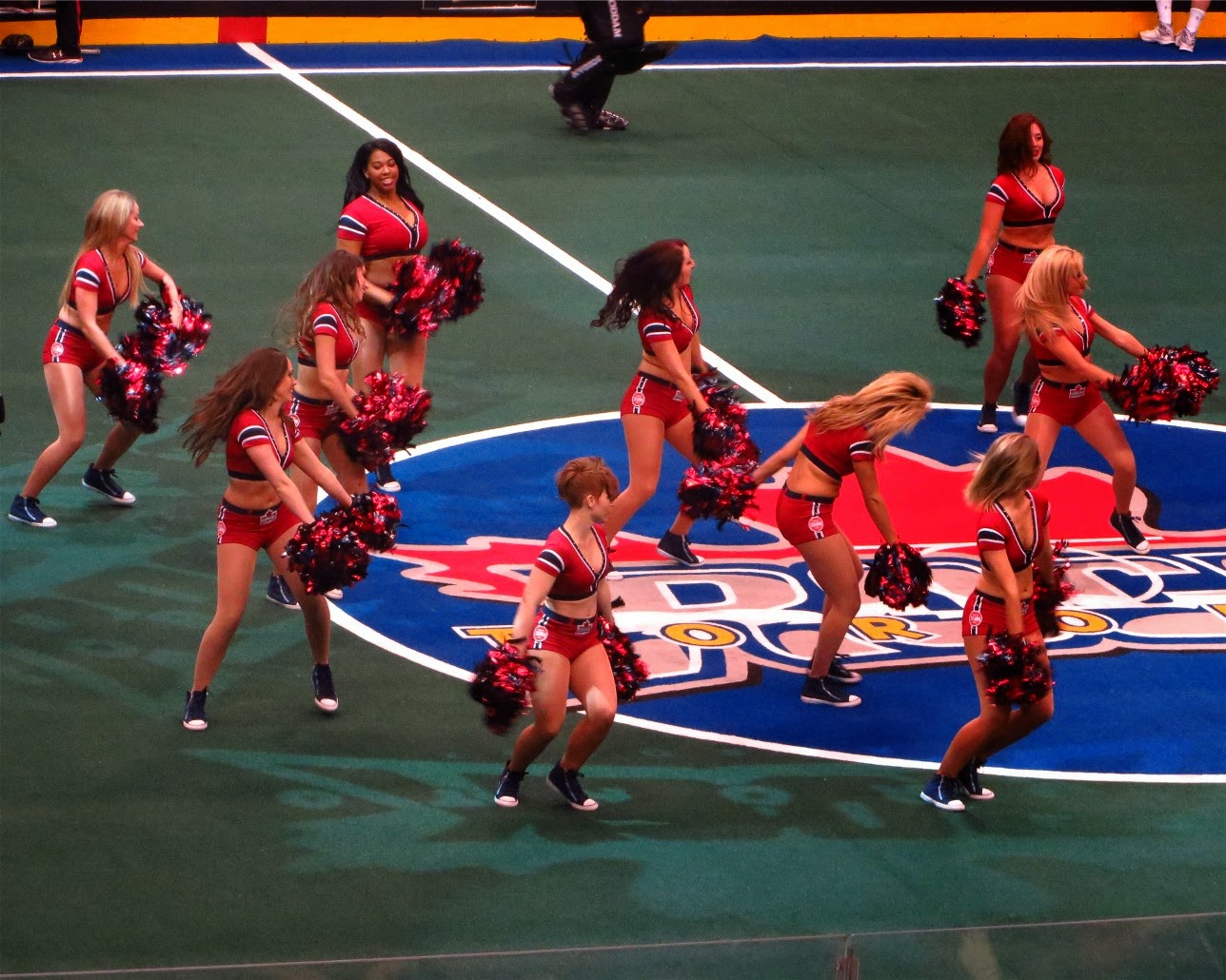 Another Brett Hickey goal to put the Rock up 6-4, the start of a three goal run to finish the first half with a 8-4 lead. 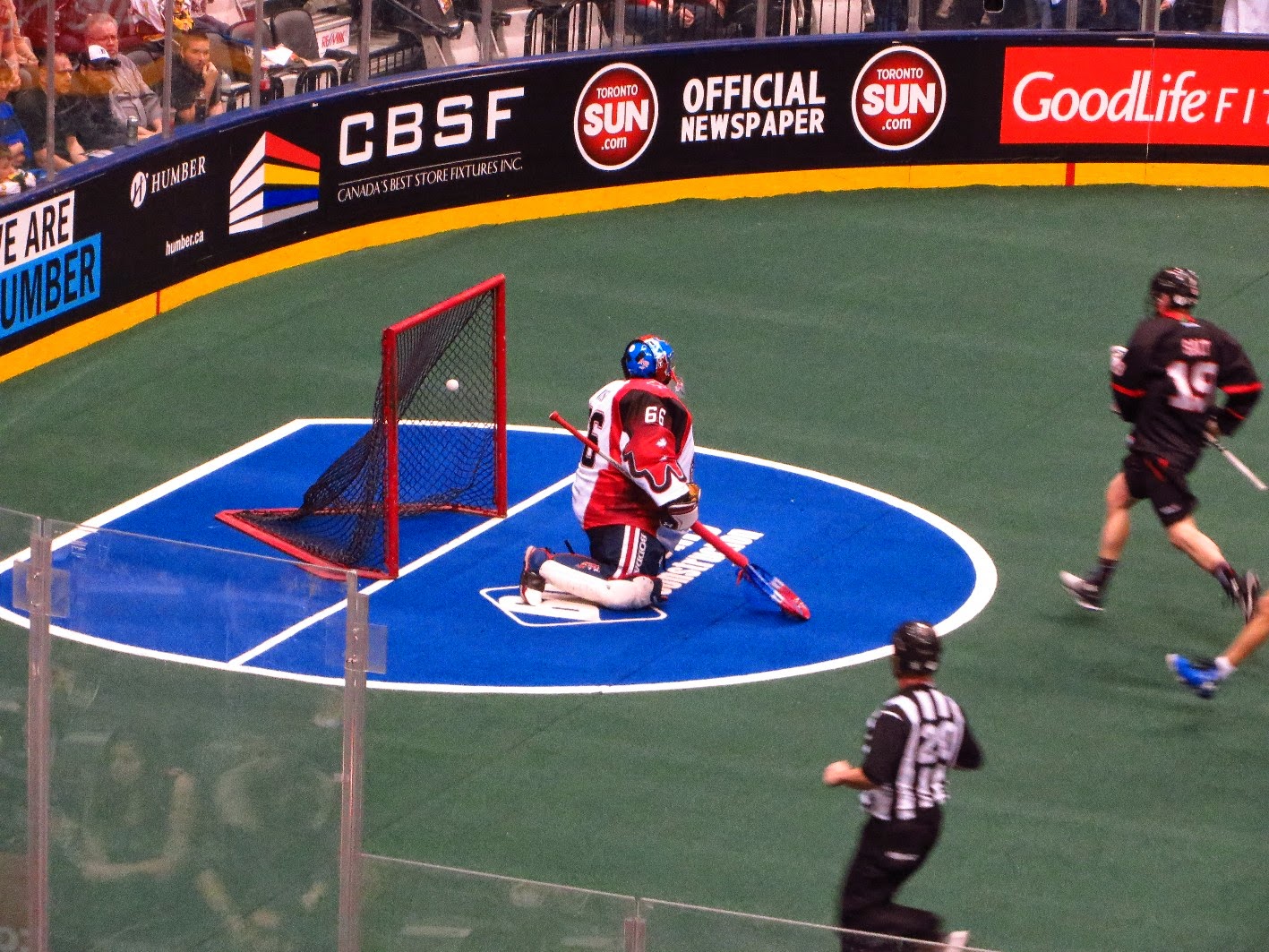 This fellow was in the tricycle race and afterwards he and Iggy put on a spur of the moment dance. It was quite funny. 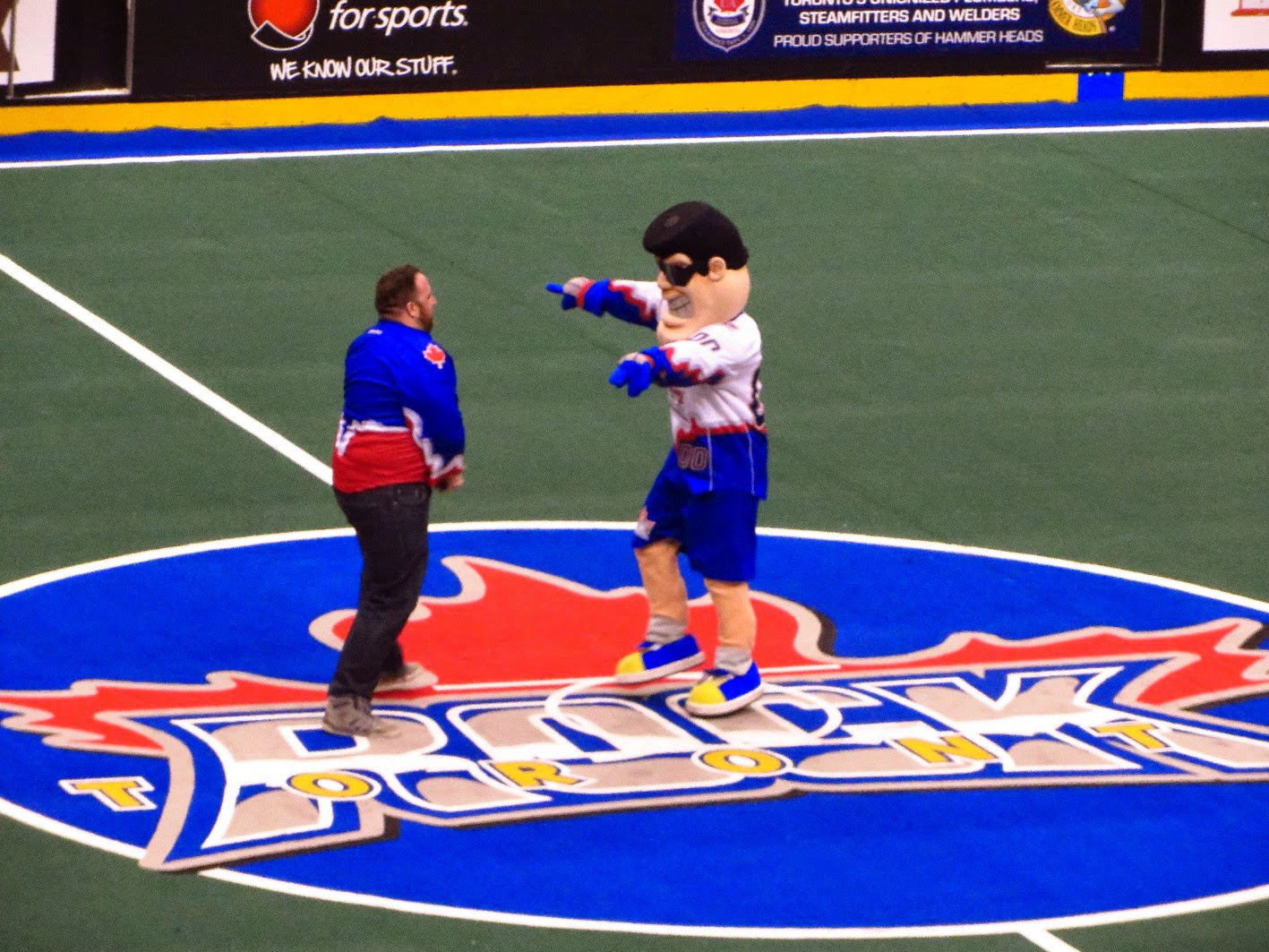 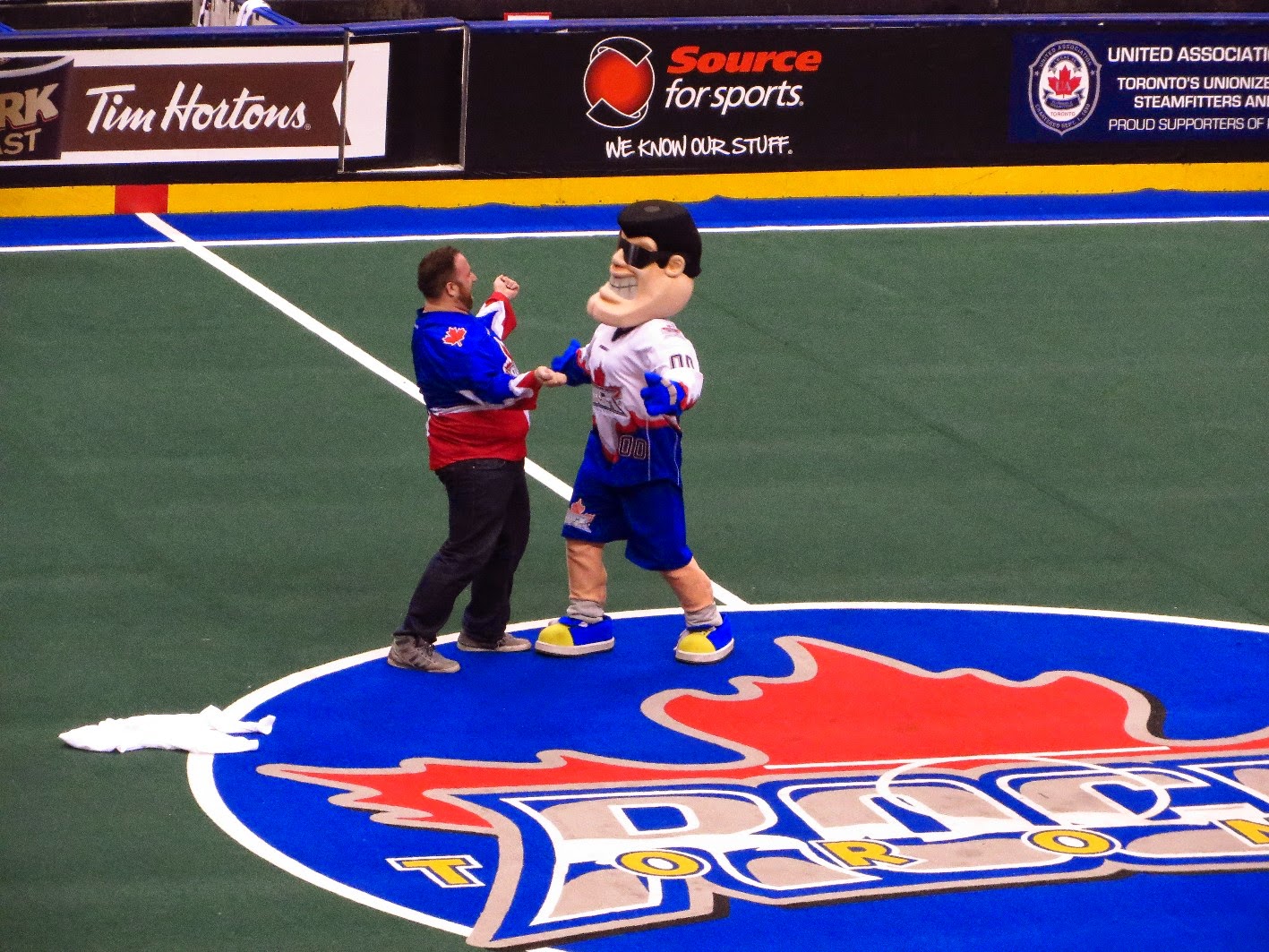 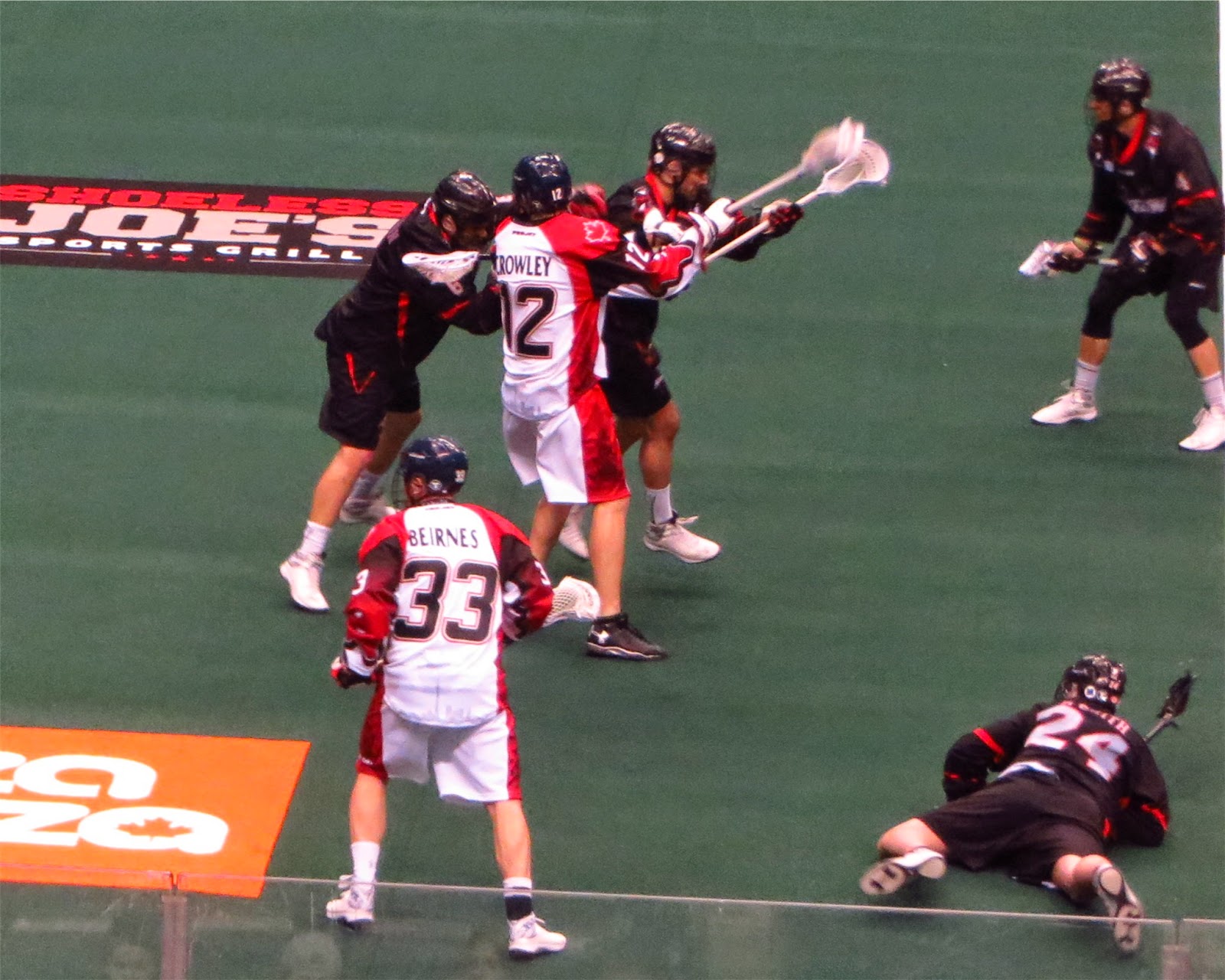 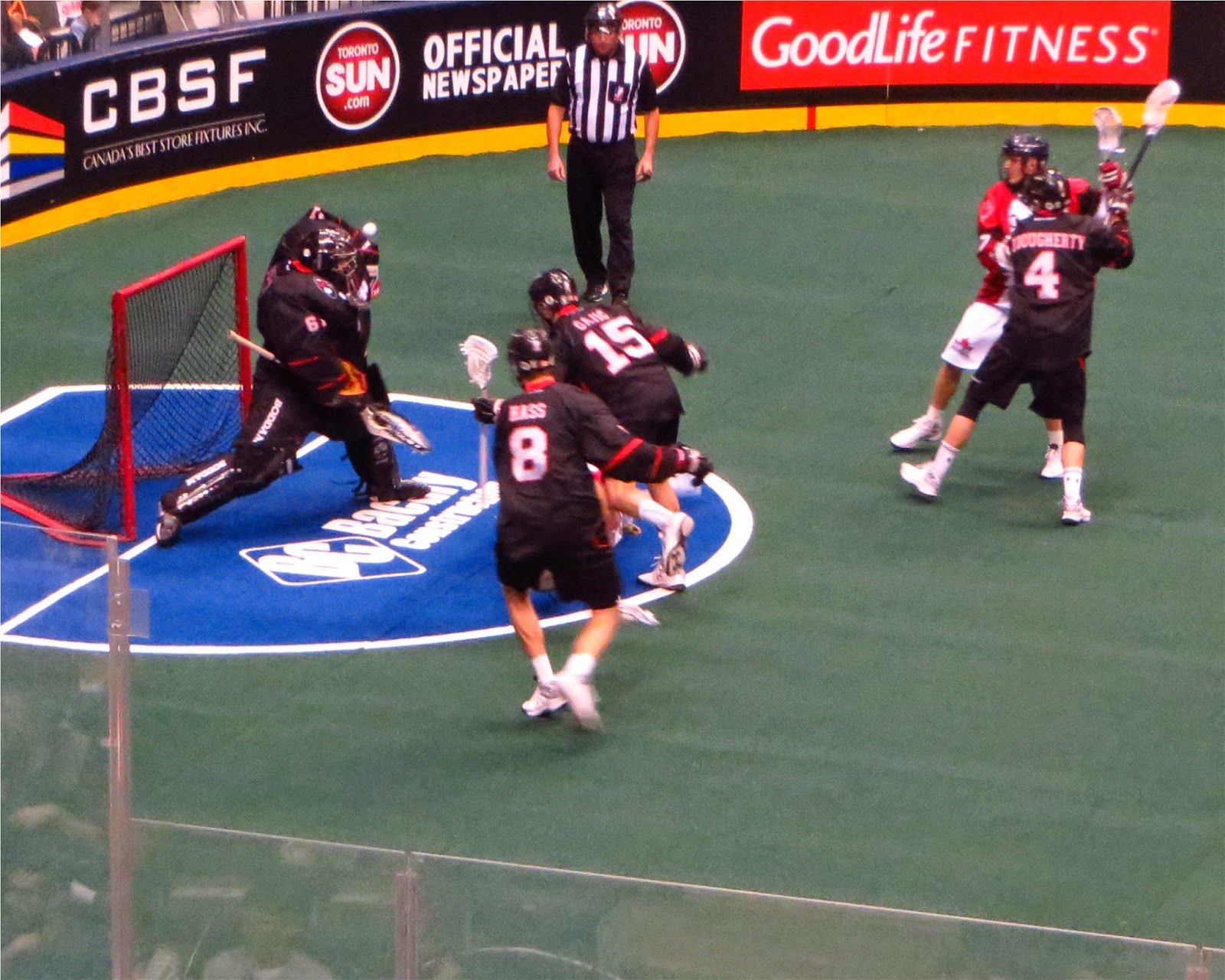 More cheerleaders, which ended in a flip. 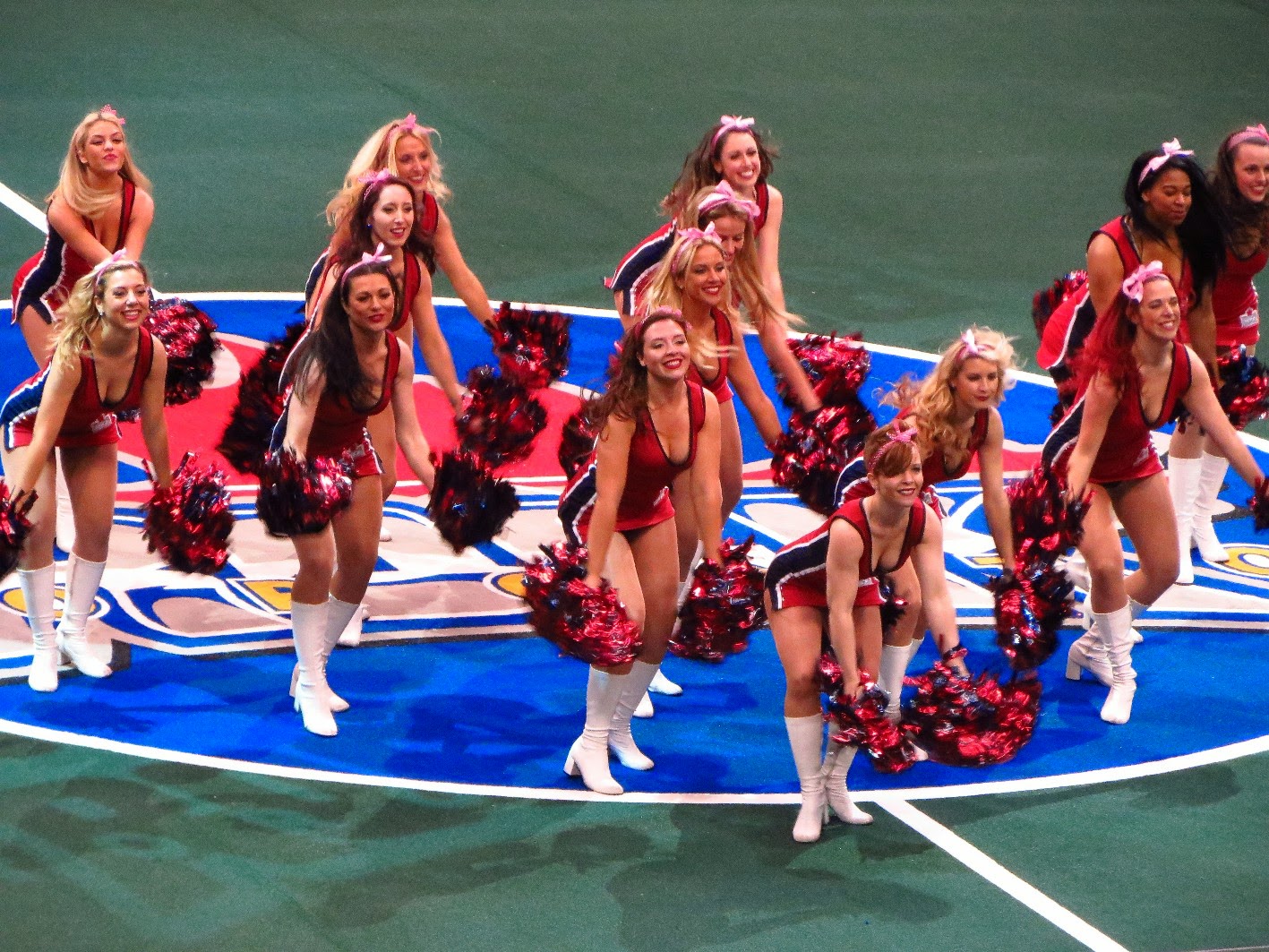 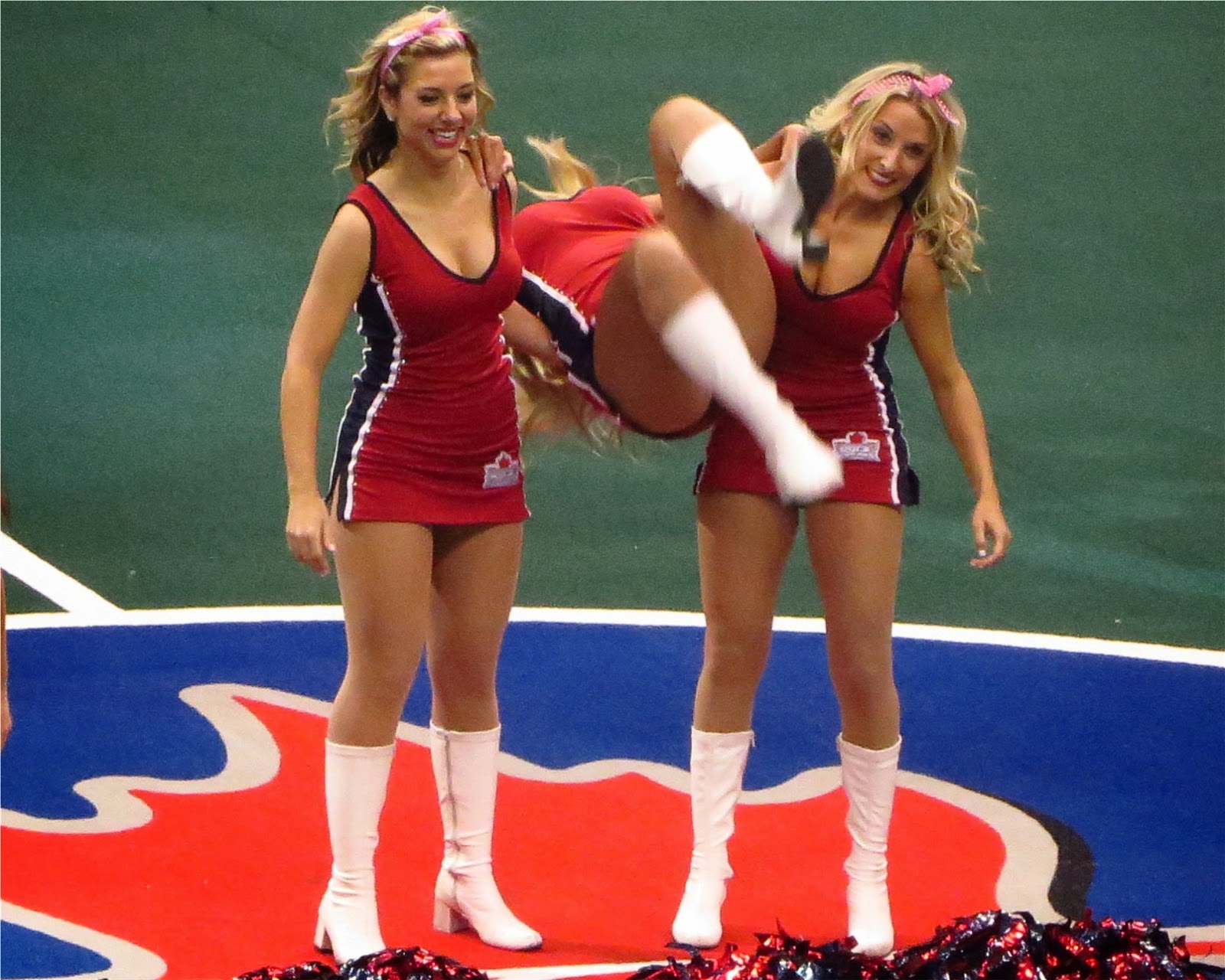 Nick Rose aka "Rosey" after a shaky start made 42 saves. 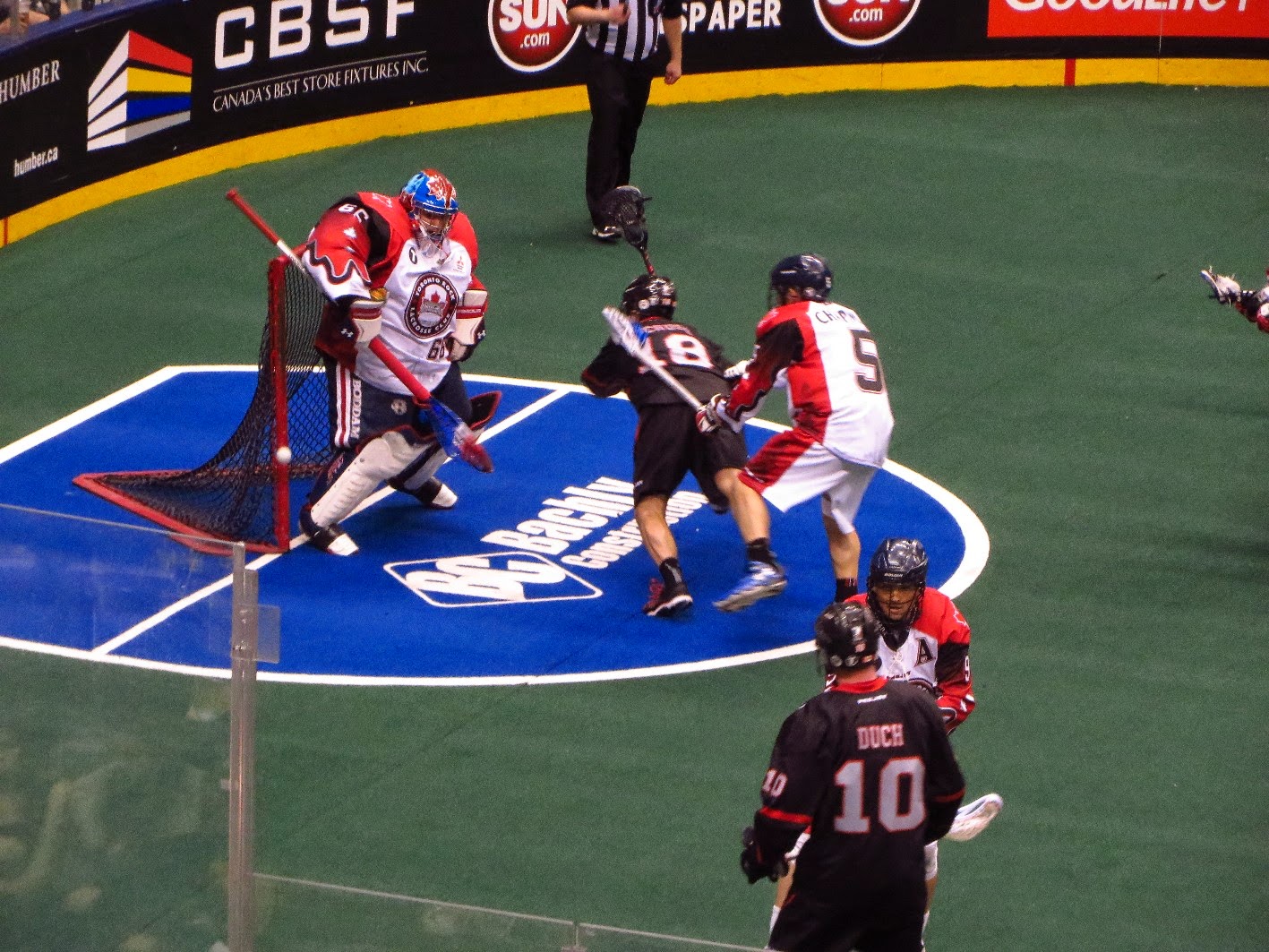 It was mostly Brett Hickey on offense though as he scored as many goals himself, as the entire Stealth team did all night, setting a Rock team record with seven! For good measure, Hickey also had four assists. In the end the Toronto Rock doubled the Vancouver Stealth 14-7. 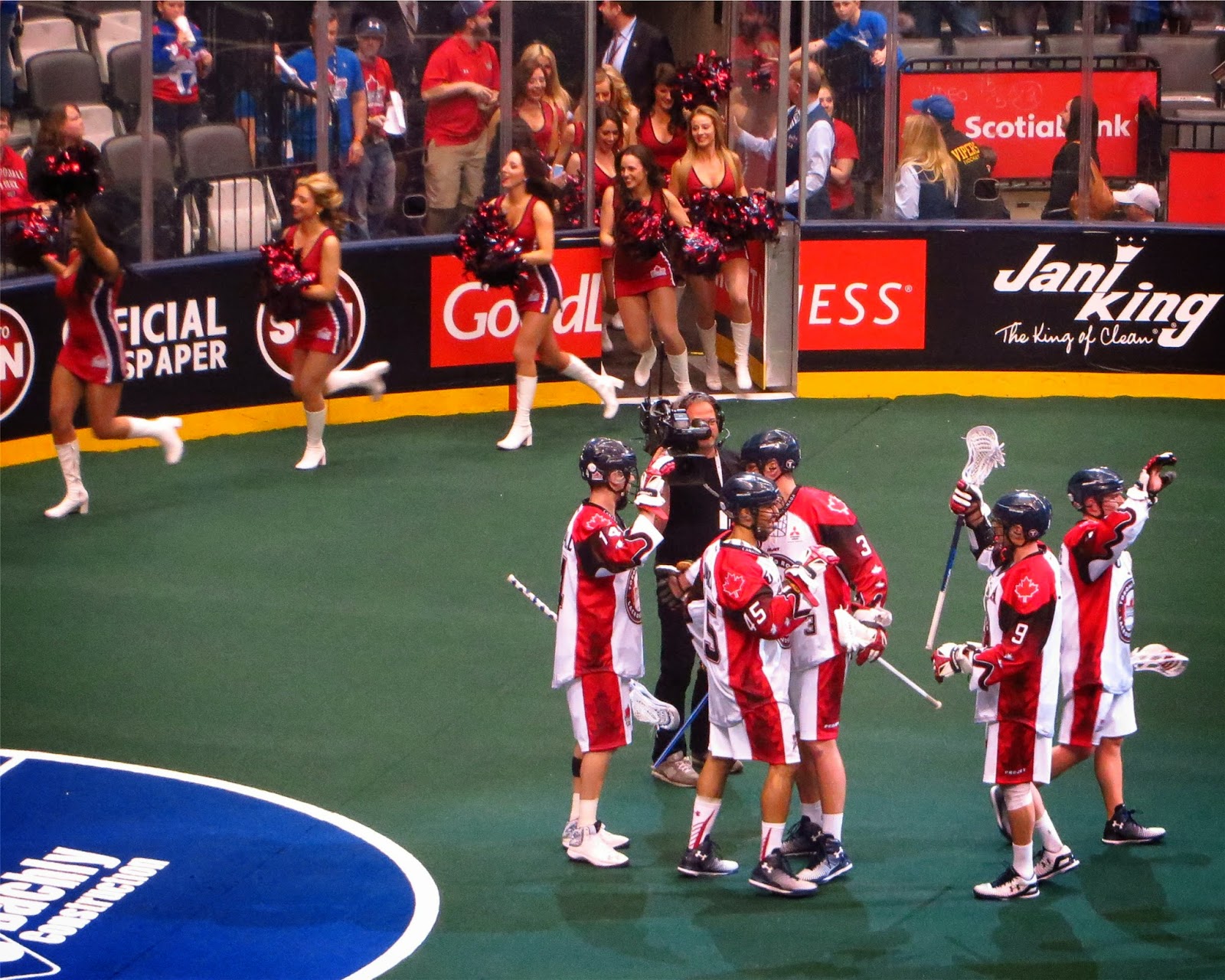 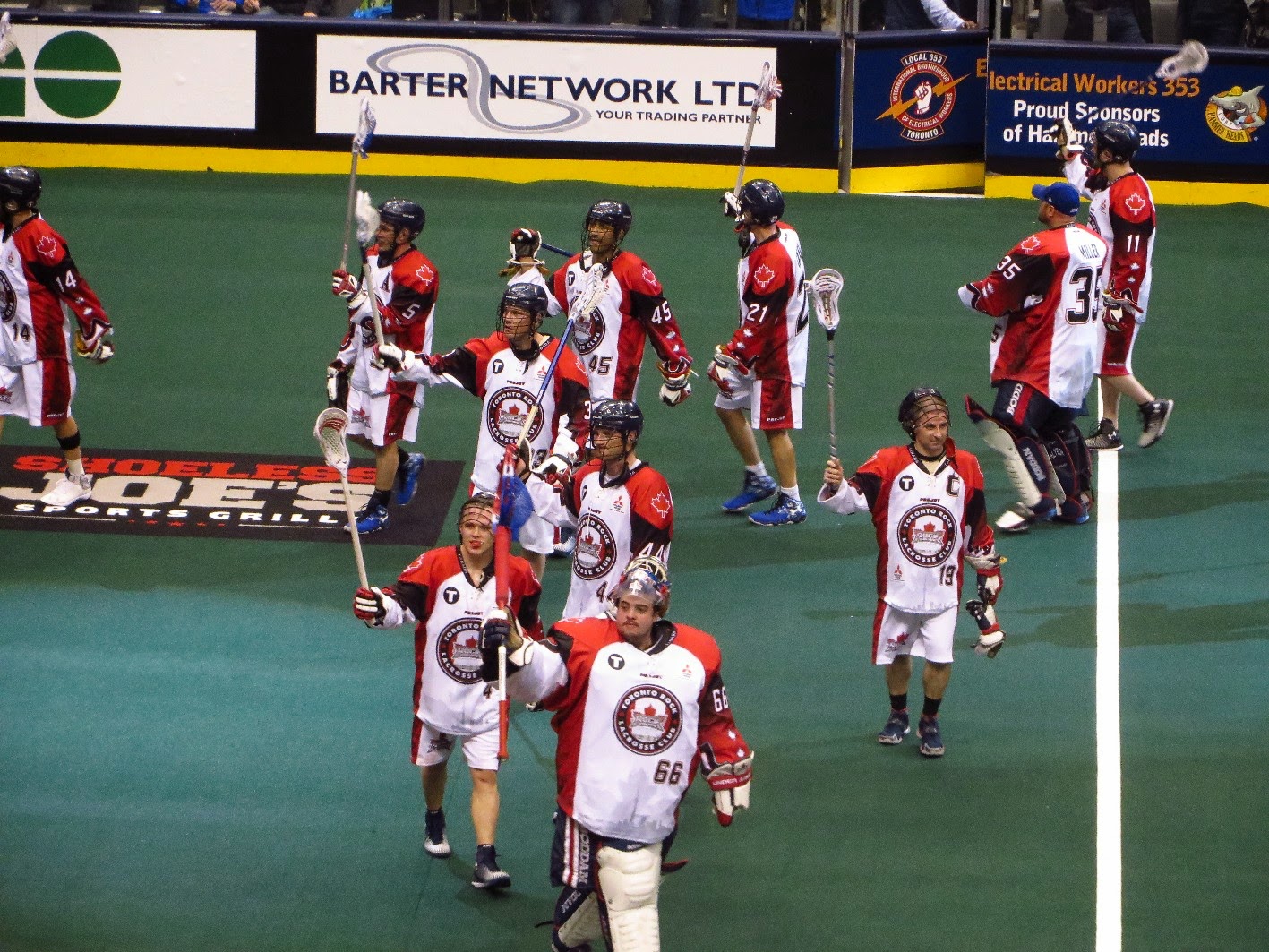 The win moves the Rock one game closer to clinching first place and a first round playoff by. Brett Hickey was the first star of the game and his record warranted attention from Iggy, the interview for the crowd and then a TV interview after. 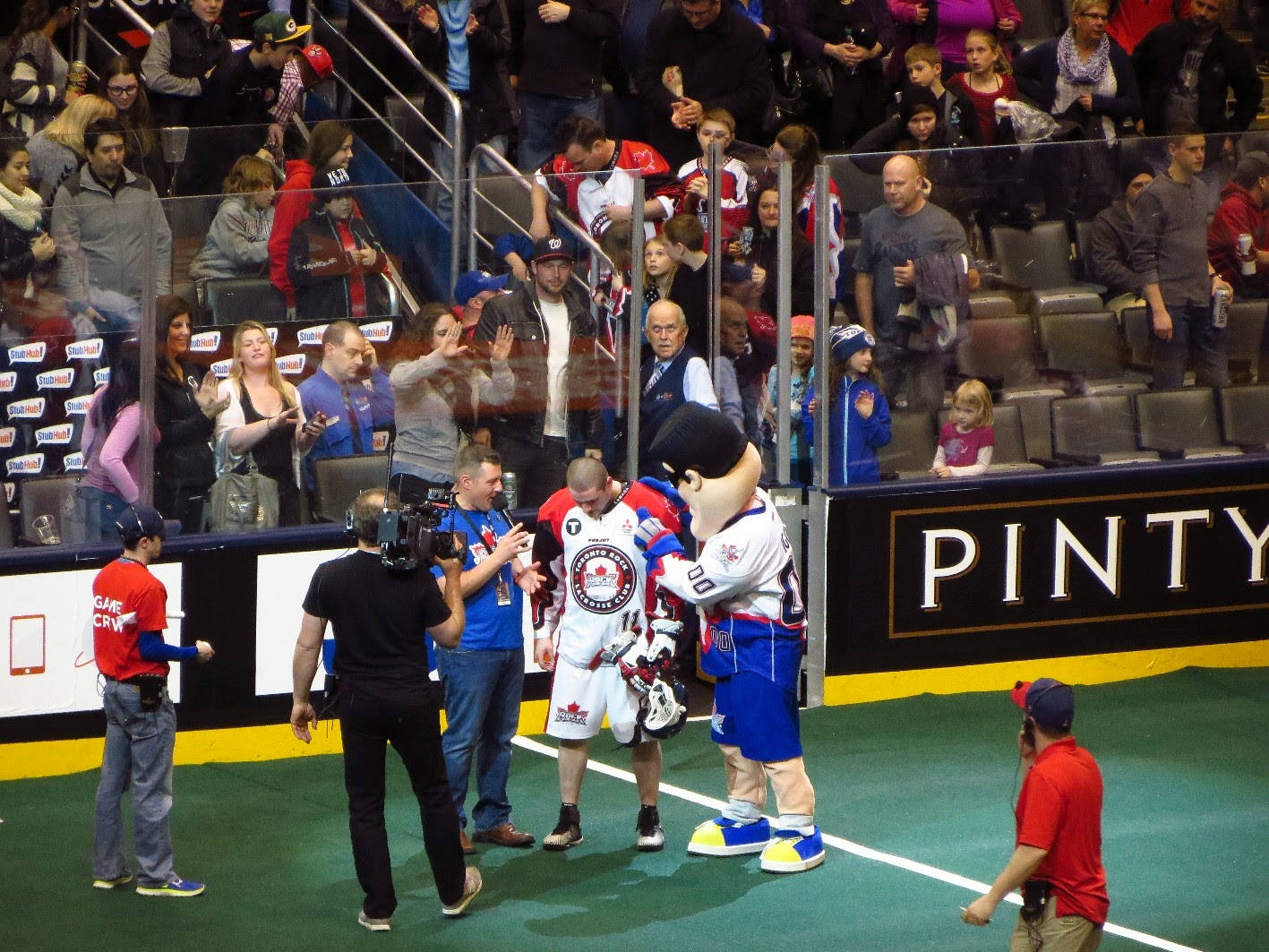 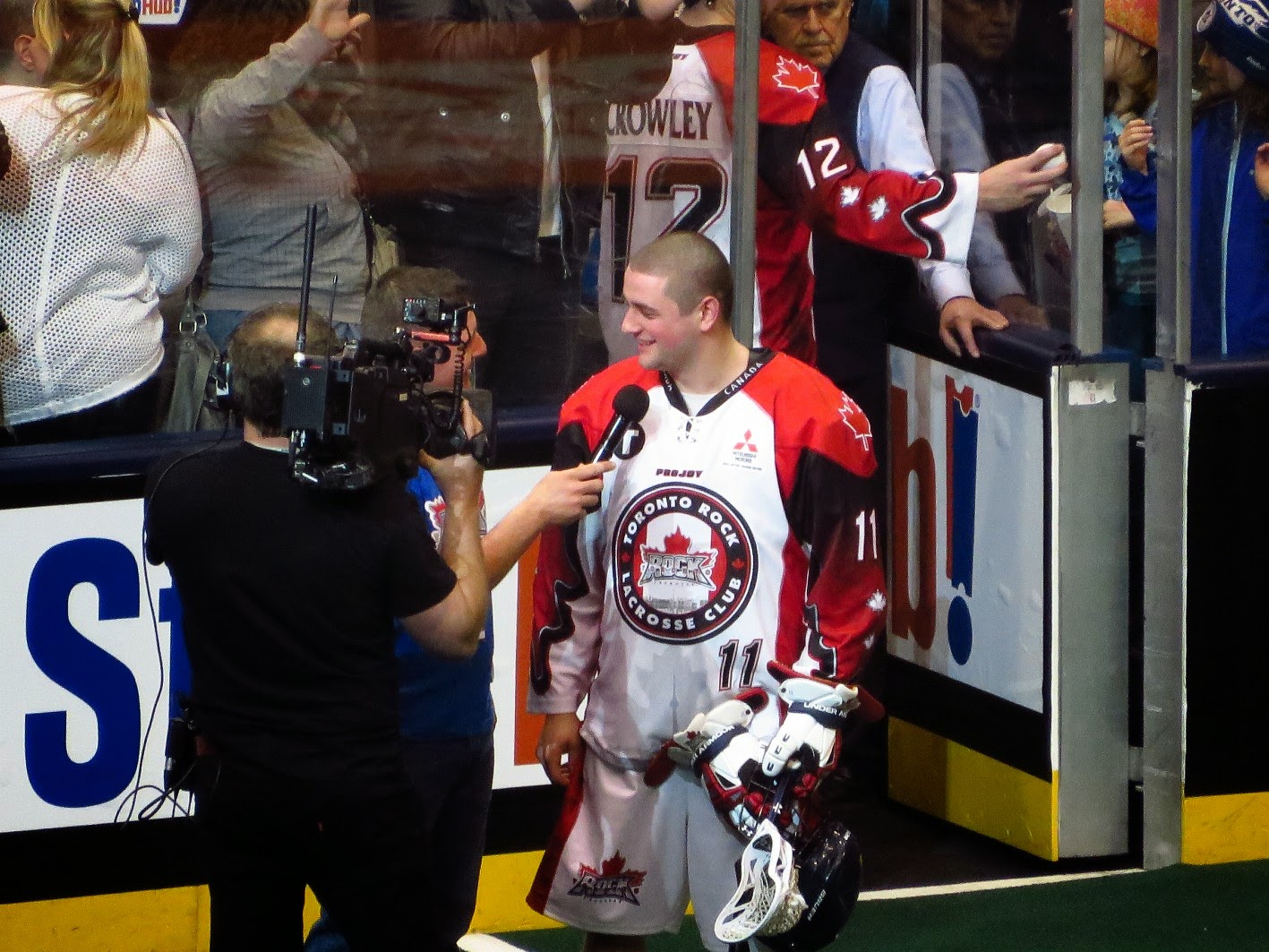 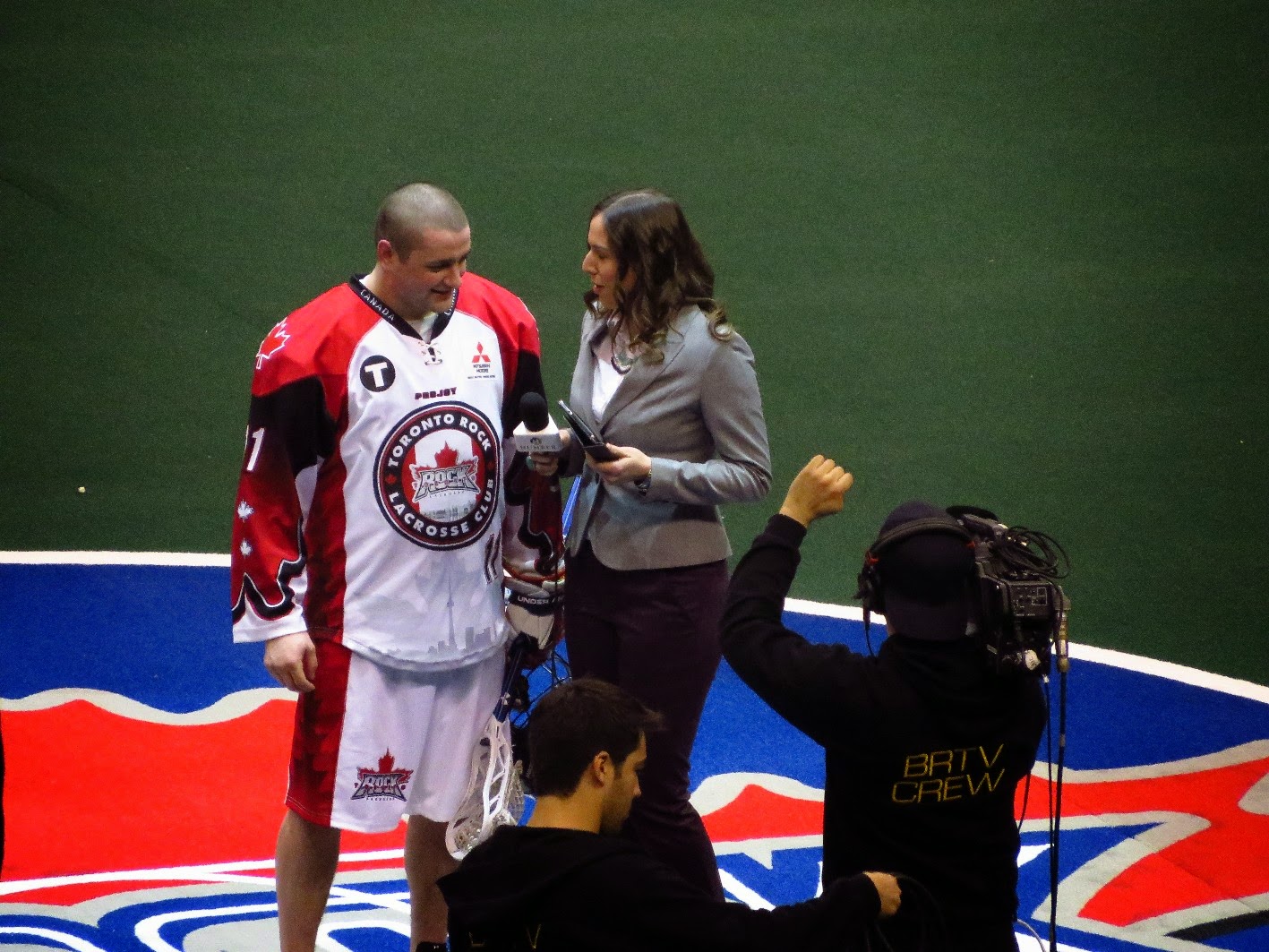 Next week the Rock play their last home game of the season against the New England Black Wolves. Teena and I will be there!
Posted by Swordsman at 22:00