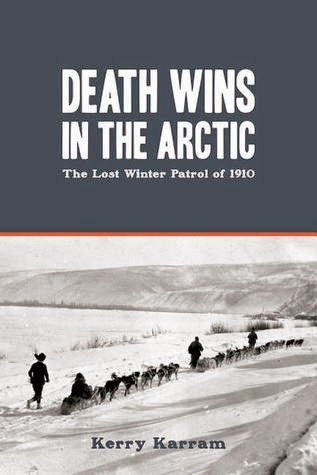 Up until recently I had never heard of the tragedy that happened up in the Yukon, when four members of the North West Mounted Police went missing while on patrol in the harsh winter of 1910. It became known as The Lost Patrol. Then I came upon the book Death Wins in the Arctic.

With prospectors, trappers, and whalers pouring into northwestern Canada, the North West Mounted Police were dispatched to the newest frontier to maintain patrols, protect indigenous peoples, and enforce laws in the North. In carrying out their duties, these intrepid men endured rigorous and dangerous conditions.

On December 21, 1910, a four-man patrol left Fort McPherson, Northwest Territories, heading for Dawson City, Yukon, a distance of 670 kilometres. They never arrived. The harrowing drama of their 52-day struggle to survive is an account of courageous failure, one that will resonate strongly in its depiction of human intelligence pitted against the implacable forces of nature. Based on Fitzgerald's daily journal records, Death Wins in the Arctic tells of their tremendous courage, their willingness to face unthinkable conditions, and their dedication to fulfill the oath they took. Throughout their ordeal, issues of conservation, law enforcement, Aboriginal peoples, and sovereignty emerge, all of which are global concerns today.

It is an amazing story of a fight for survival. The bravery and endurance the four men of the original patrol was presented well by the author, as was those that went out looking for them. It's incredible what a human body, soul and can endure with only hope to keep a person going.

I had a hard time imagining the weather these men went on with. Each day starts with the temperature and weather of the day. Minus forty but no wind. Minus fifty-six and gale force winds. Only one person I know, John of the Canadian Book Challenge who lives in the North West Territories, would have ever experienced such harsh temperatures.

The book is tied up nicely at the end with chapter about a group of individuals who, a hundred years later, set out to duplicate the route and their adventures.

Death Wins in the Arctic is a well-written story about what happened to the two patrols. I'm glad that I was able to read it in a comfortable chair with the furnace on. 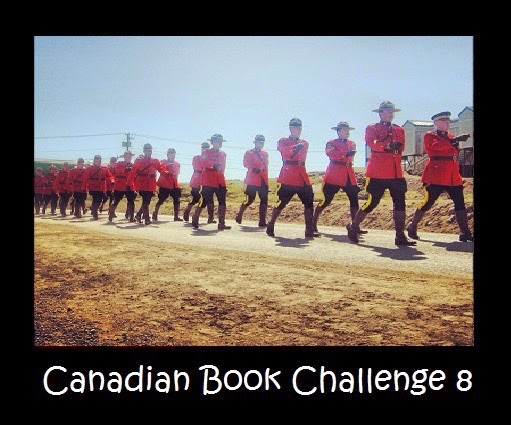 And while the shout out was great and welcomed, for all of my time living in the North, I'm still a pretty pampered homebody. Yes, I've experienced that weather, but usually on the way to my minivan.

Dick North wrote a great book about this tragedy as well called The Lost Patrol.