Play - The Heart of Robin Hood 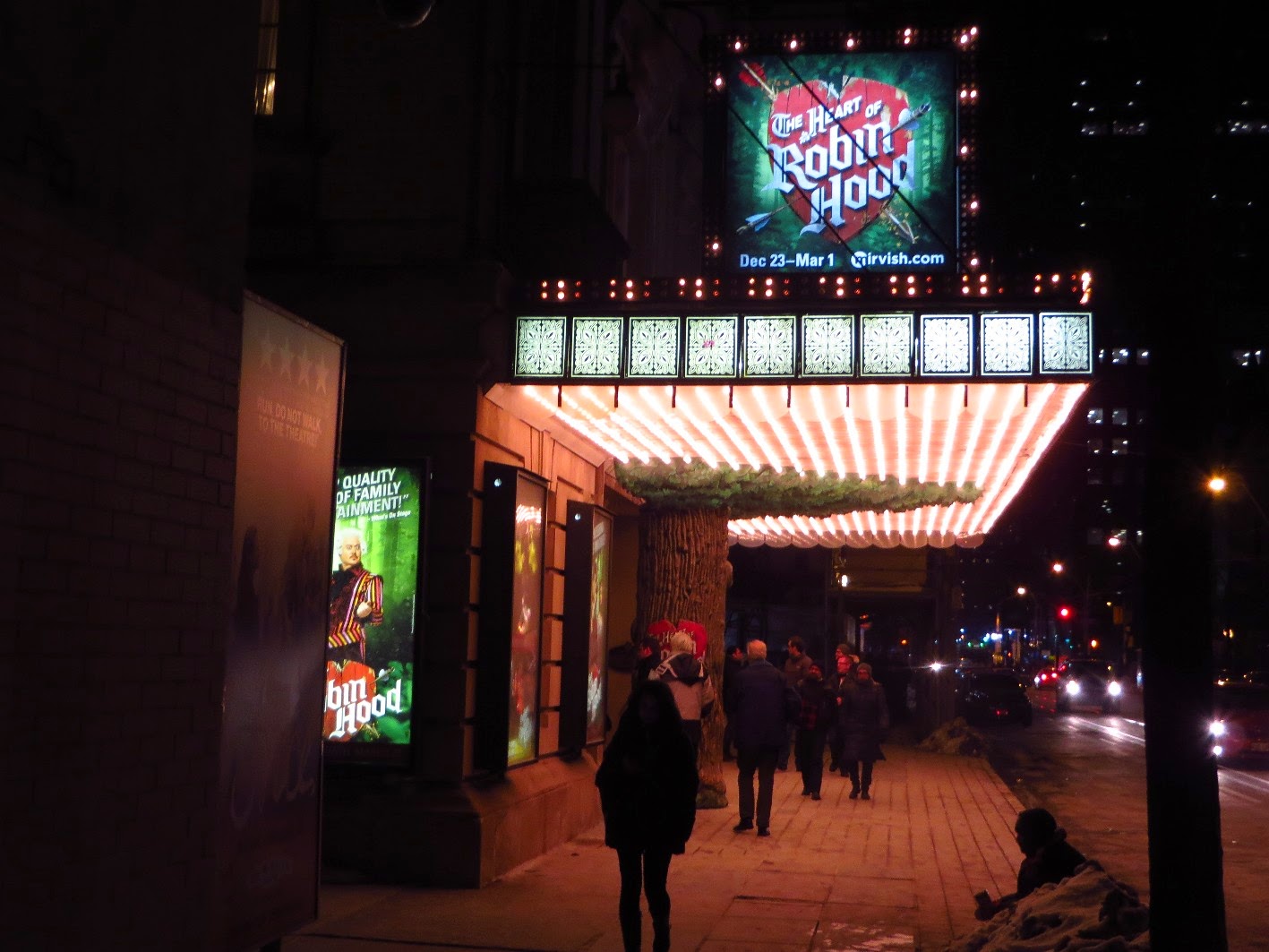 Tonight Teena and I went to see The Heart of Robin Hood at the fabulous Royal Alexandra Theater.

A classic tale goes rogue in THE HEART OF ROBIN HOOD, the heart-pounding, eye-popping new stage adventure from the Royal Shakespeare Company that puts a bold new twist on the story of the world's most infamous outlaw.

In this wildly inventive reimagining, Robin Hood isn't a beloved vigilante who gives to the poor.... he's just a headstrong thief. It's up to the brave Maid Marion to protect the kingdom and show this legendary hood how to be a hero.

I really enjoyed the play. Sometimes you can say that there is a lot of energy in a production by the way the actors feed off of each other. As much as this is the case in this play, when I say energy, I mean physical. It must be exhausting for the cast to do two performances on Wednesdays, Saturdays and Sundays. They are sliding down hills, clambering up walls, and climbing, hanging and dropping from ropes and tree branches. 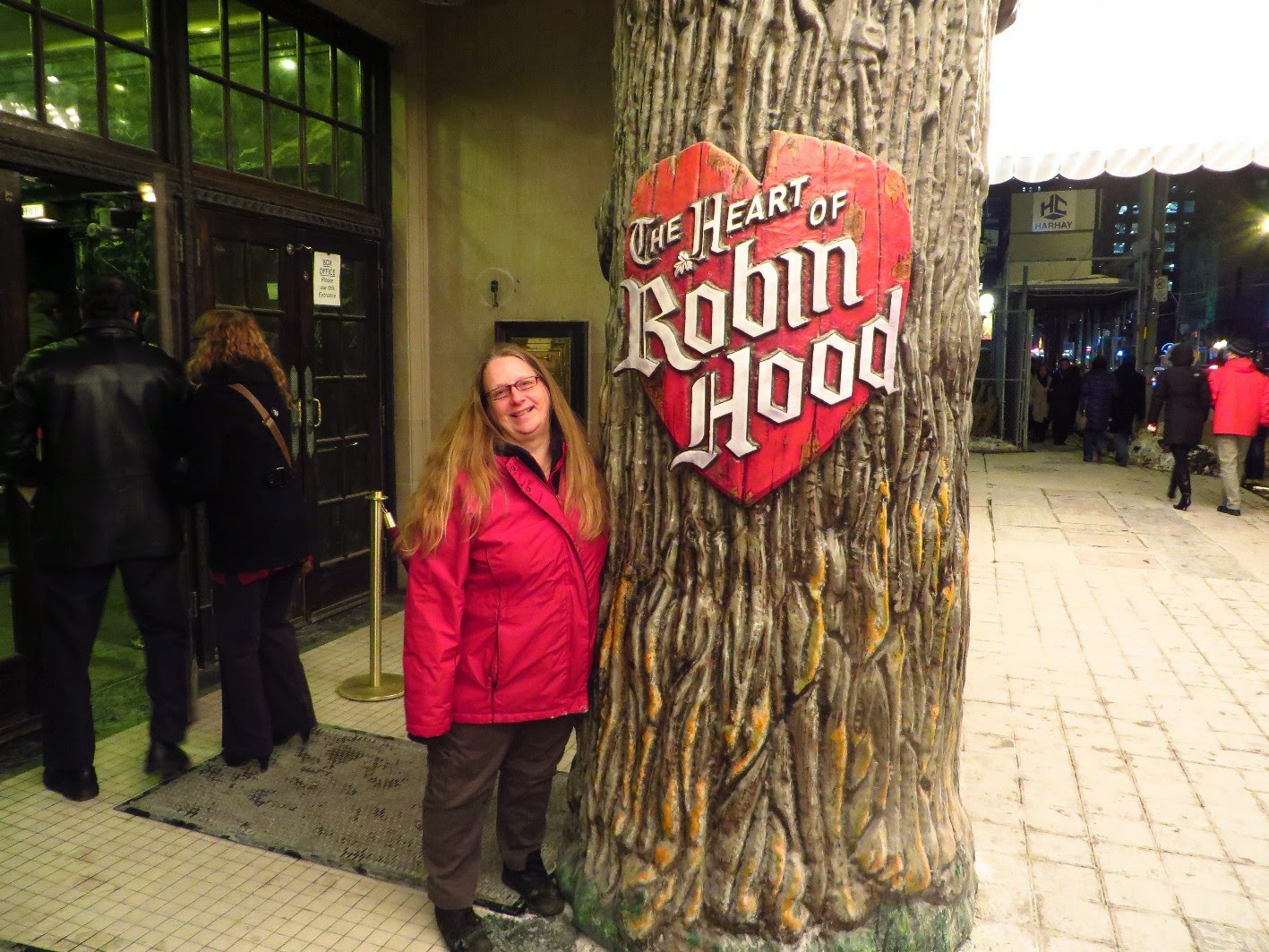 As much as it is considered a musical, and I heard somebody on the way out complaining that it wasn't a musical (how could he be disappointed?), the production is filled with music and song. Not from the cast but an onstage band that contributed to the story and had their own part in the play.

The Heart of Robin Hood was fast paced, musical, energetic and highly entertaining. It is very worth going to see and I give it an 8/10. 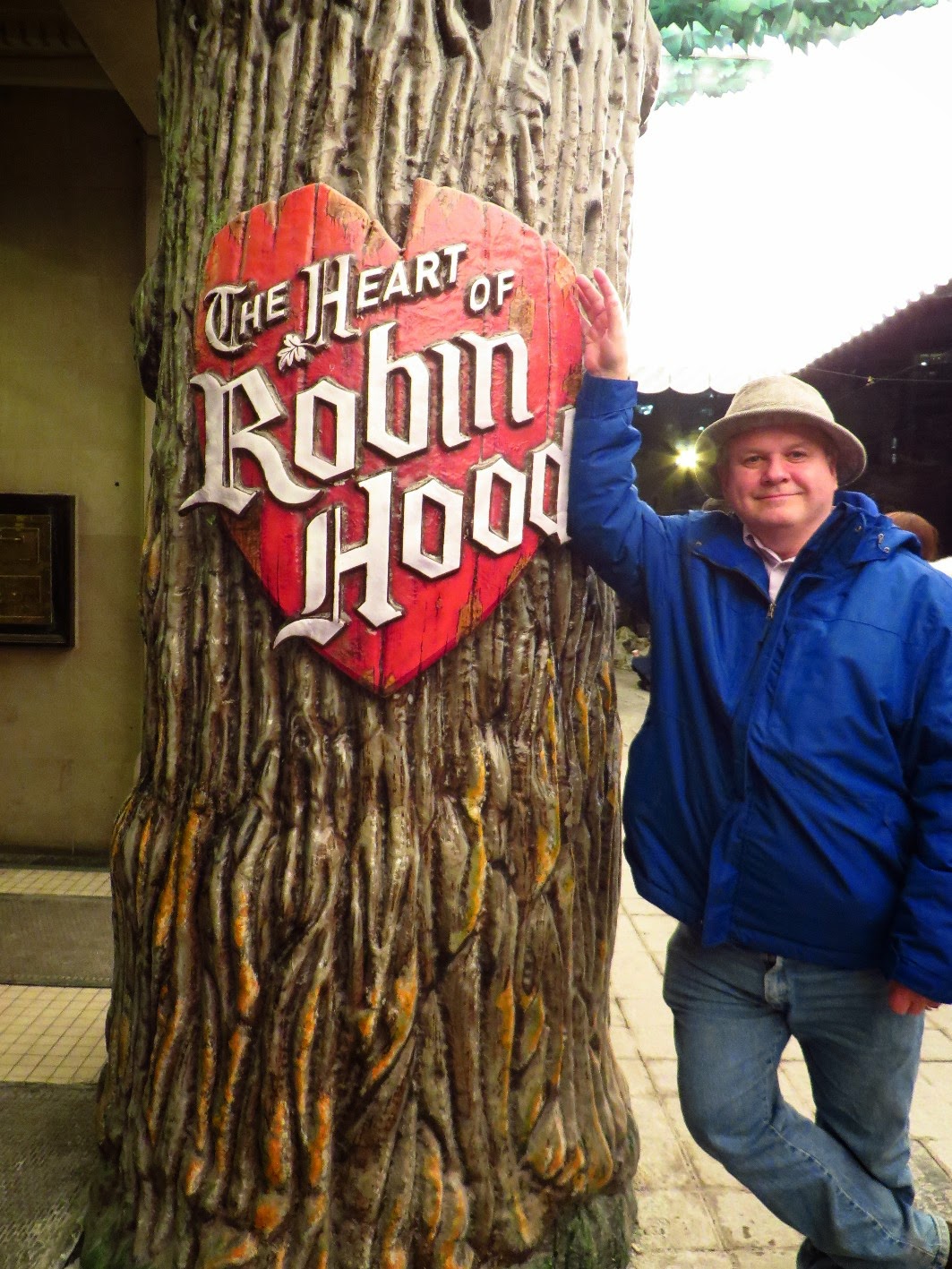