Fencing Sabre at the Vango Open 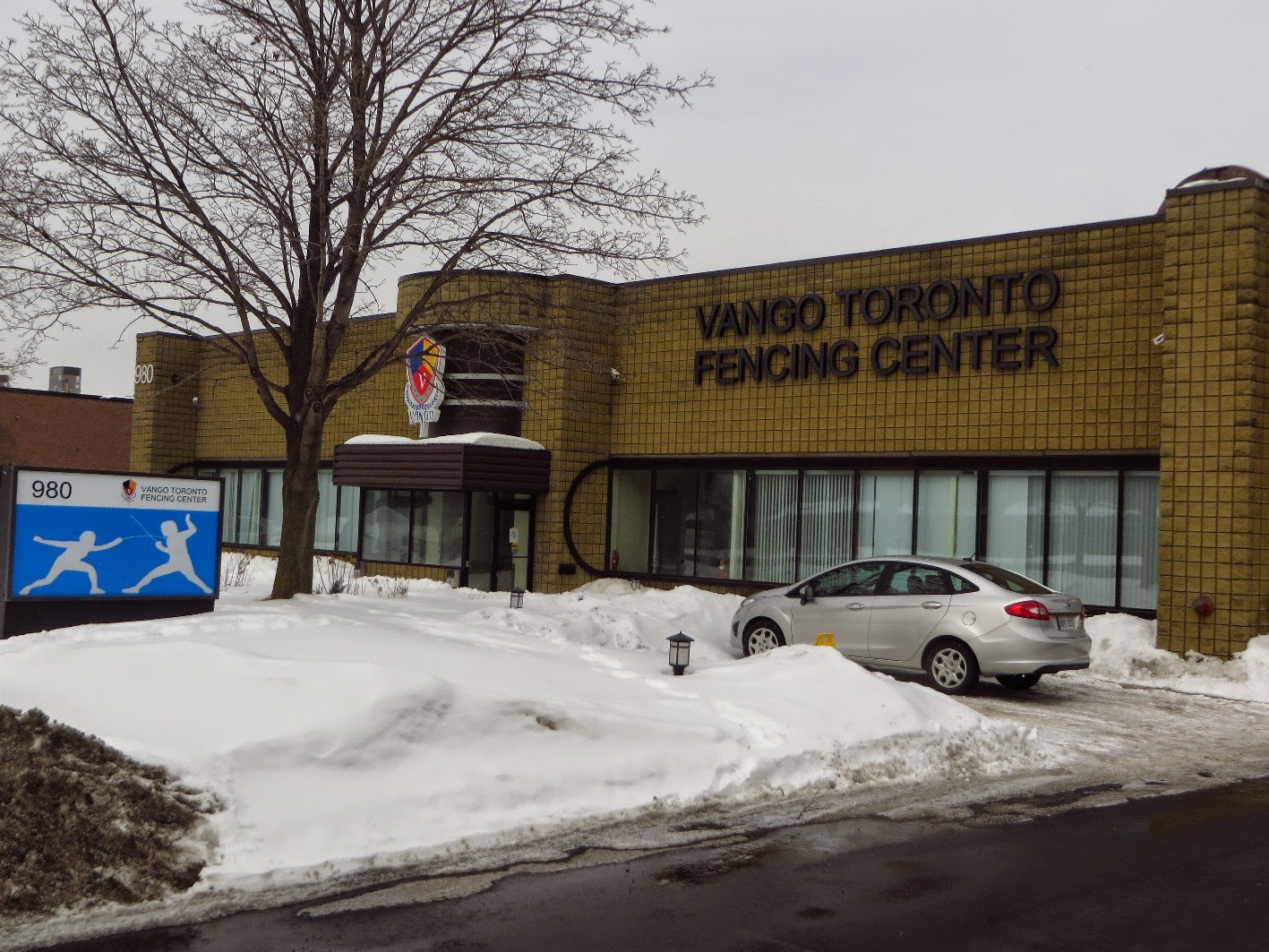 Today was my first visit to the Vango Fencing Centre in Markham. It is a first class fencing arena. There are a dozen permanent metal pistes (fencing strips) across the facility. It's quite colourful with all the flags hanging from the ceiling. 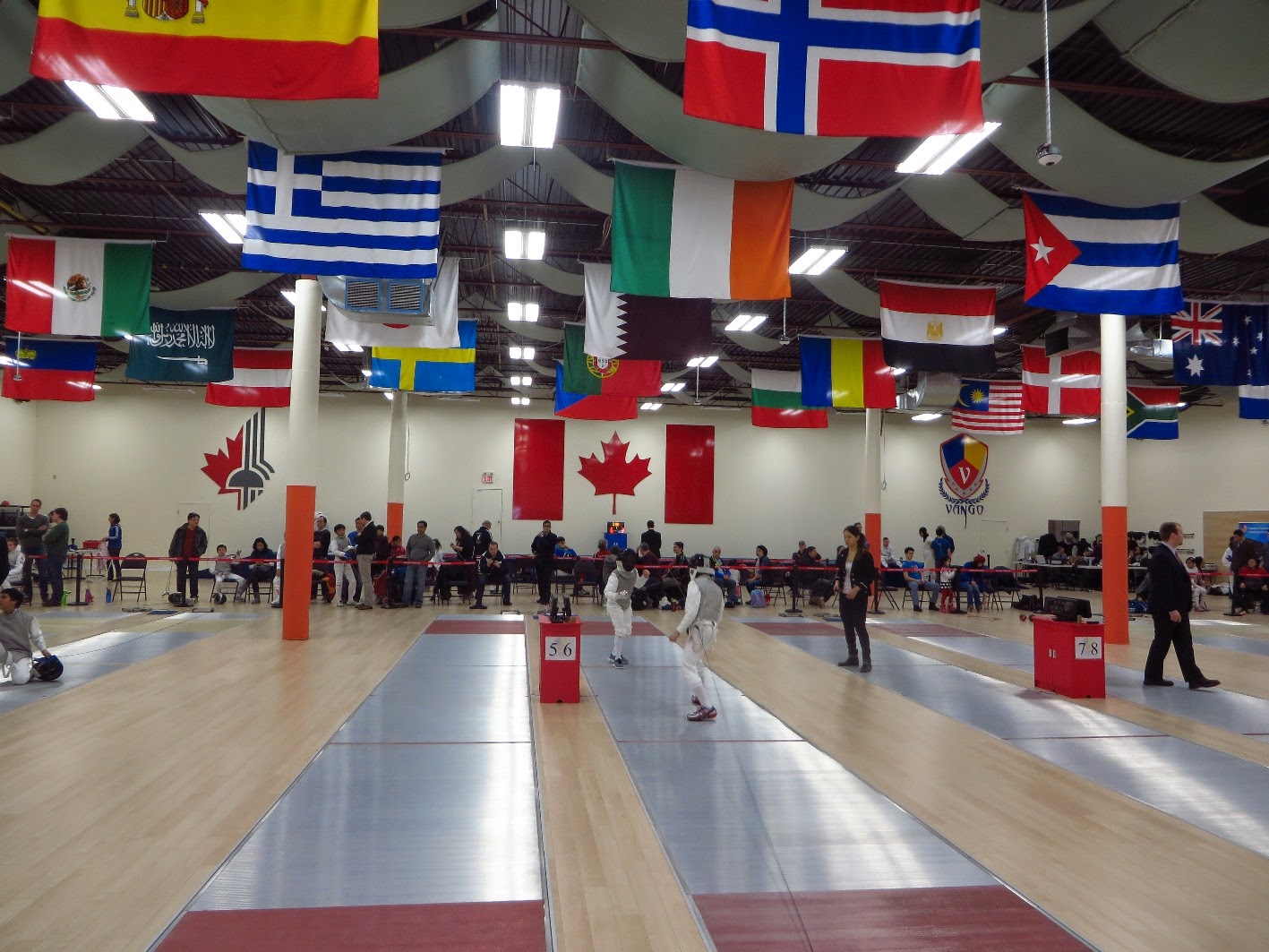 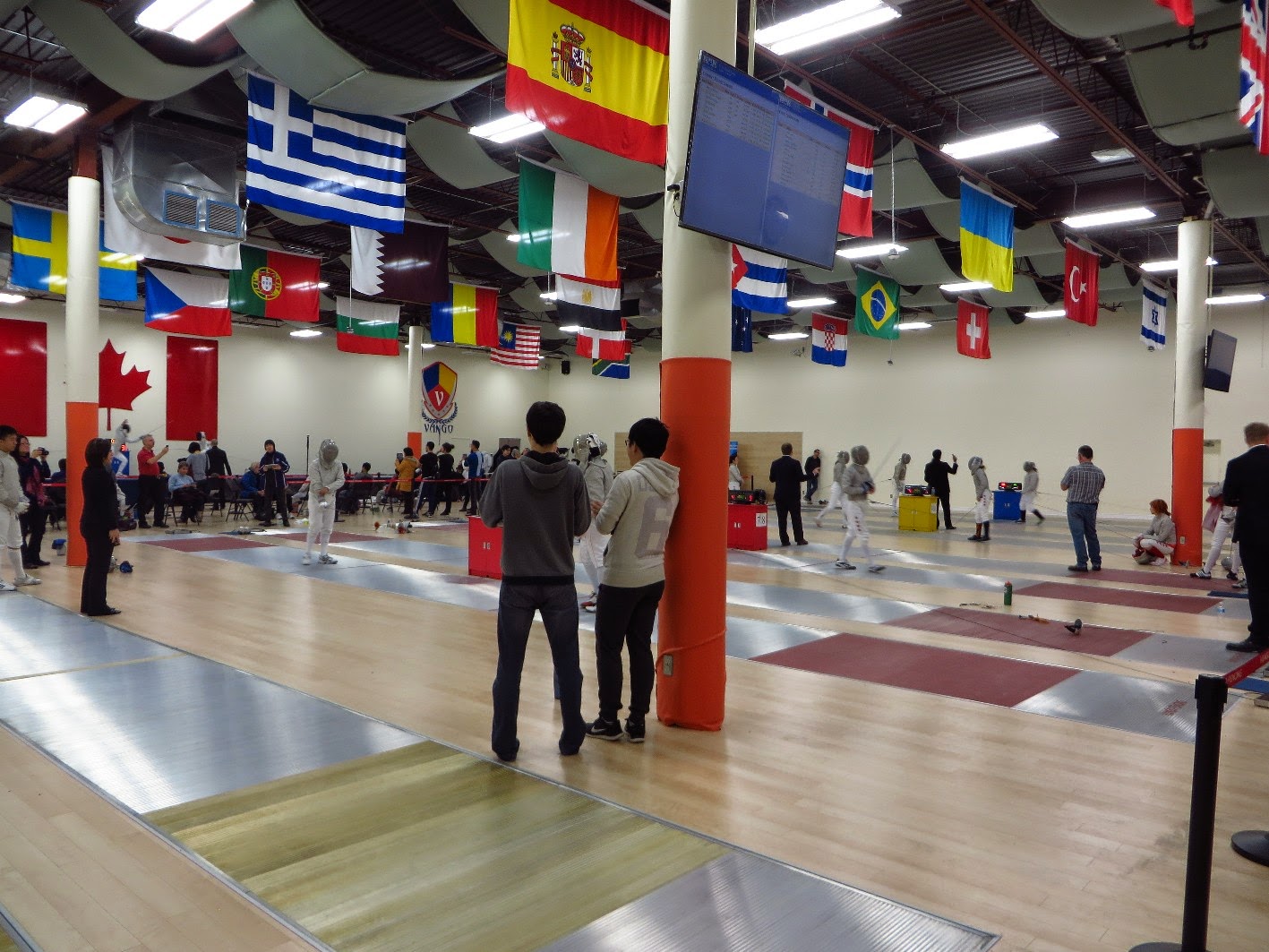 There even is a raised finals strip under the Canadian flag. 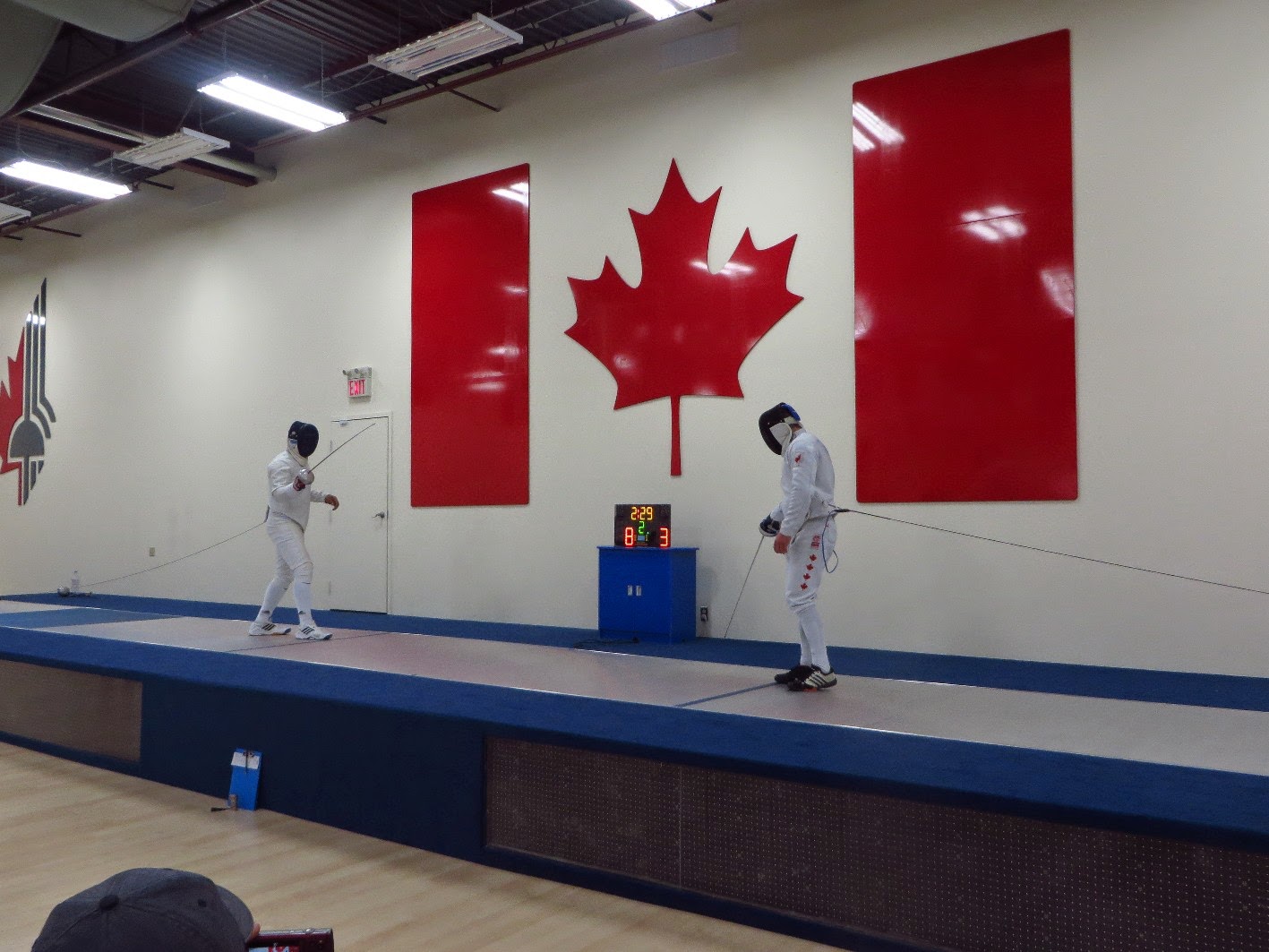 I was there to fence Senior Men's Sabre. Seniors does not mean an old-timers tournament but is actually an all ages event. Here are Mike, Vince and myself, who really were the seniors of the Seniors' tournament. 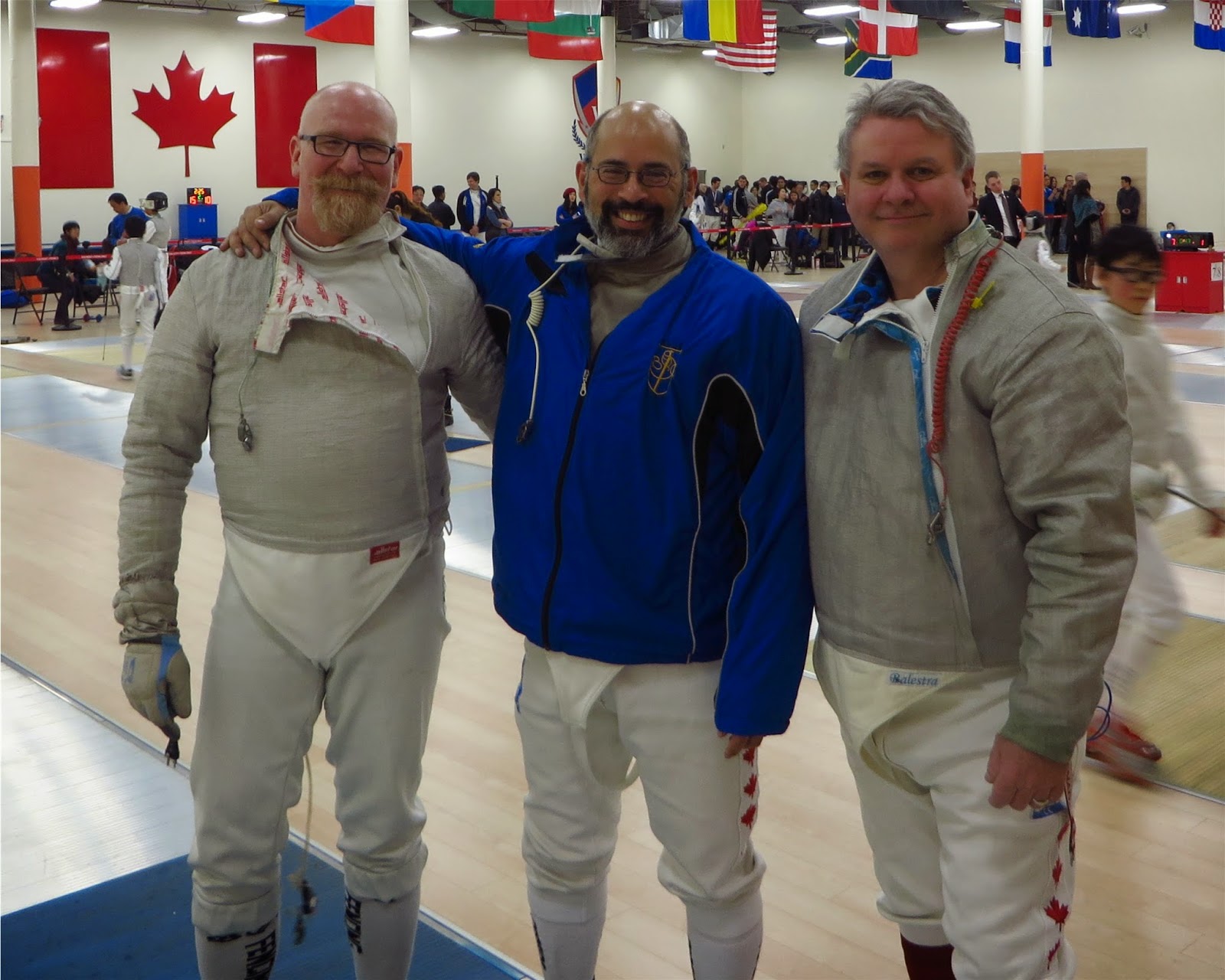 I haven't fenced in a seniors' tournament for a long time, especially one this size. Twenty-one were entered today. My first two matches were awful. I had no sense of distance and lost both 1-5, against fencers that I could beat or lose close to. Everything started to come together after that and I lost 4-5 and 3-5.

Then fencing Aaron, I got hurt. I had backed him down the piste and lunged for the attack at the end getting the point. Unfortunately I hit him, turned left and his blade in trying to block my attack, came down and  slammed into my calf.  At the time, I wasn't sure if he had hit me or if I pulled something bad. I asked the judge who confirmed I was hit. That was good news as it meant it was sore from the hit and I didn't tear anything.

I was hobbling but had to fence smarter, to compensate for my lack of movement. I lost that match. 3-5 and the last one 2-5. After the pools, I was 19th out of 21 fencers.

Then came the DE (Direct Elimination). I fenced that very smart and learned that I could move well as long as I didn't use certain motions. I won 15-12.  The next match I was up against a good fencer, Kevin. I led early and and was down just 7-8 at the break. For the second half, I kept it close and even surprised myself by making a couple of very good defensive moves. Defence is my weakness. I lost but by a 12-15 score and finished the day ranked 15/21.

It was a fun day. Time to heal that calf for next weekend's Canada Cup tournaments.

The Woman's sabre event was after ours. Here are some pictures of my club mates.

That's Kayla on the attack in the red socks. 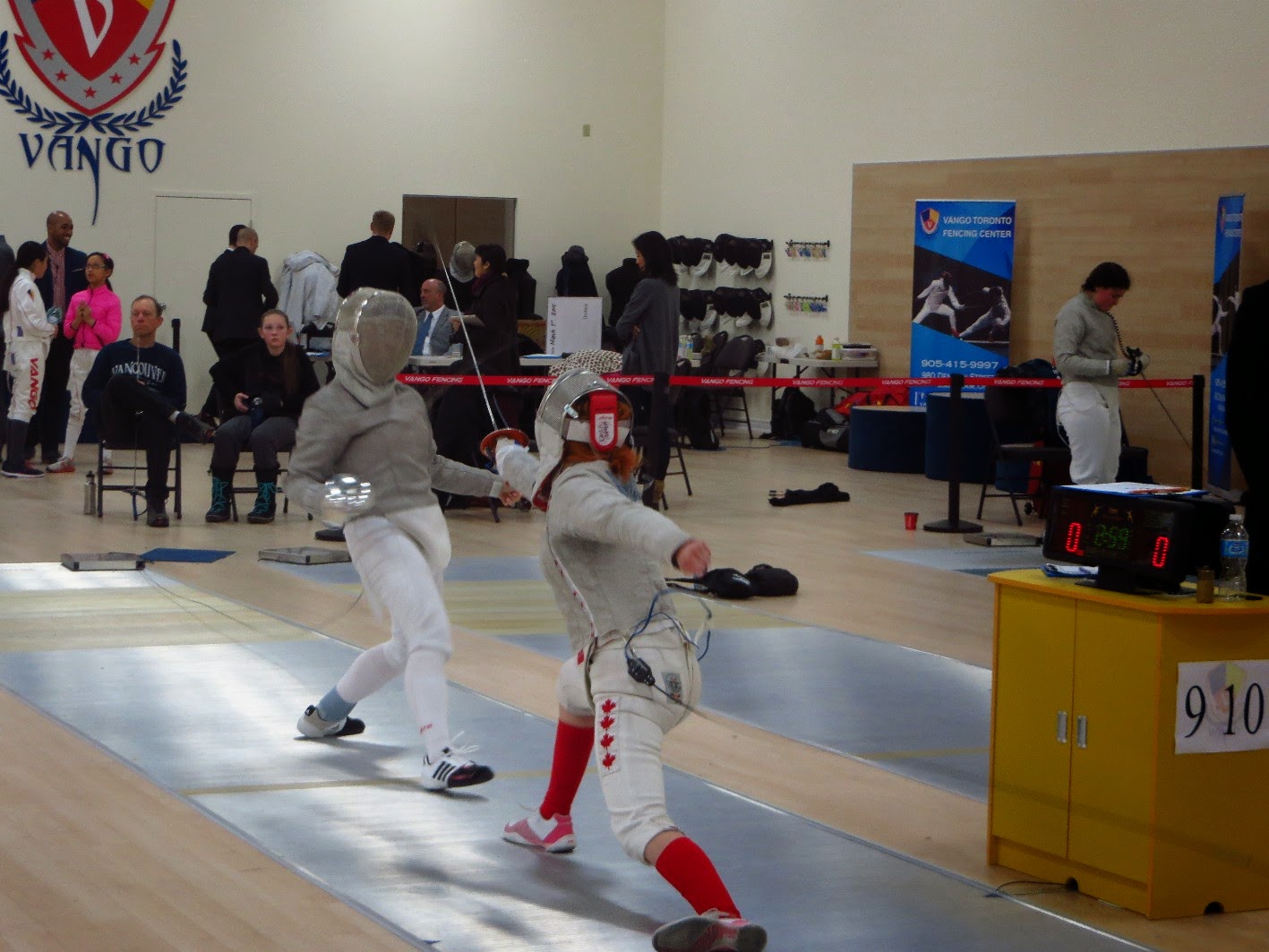 Heather on the right has a great move called a stop-cut. She backs up, draws you in, then hits your wrist. She is doing it here and you can her green light on for the hit. 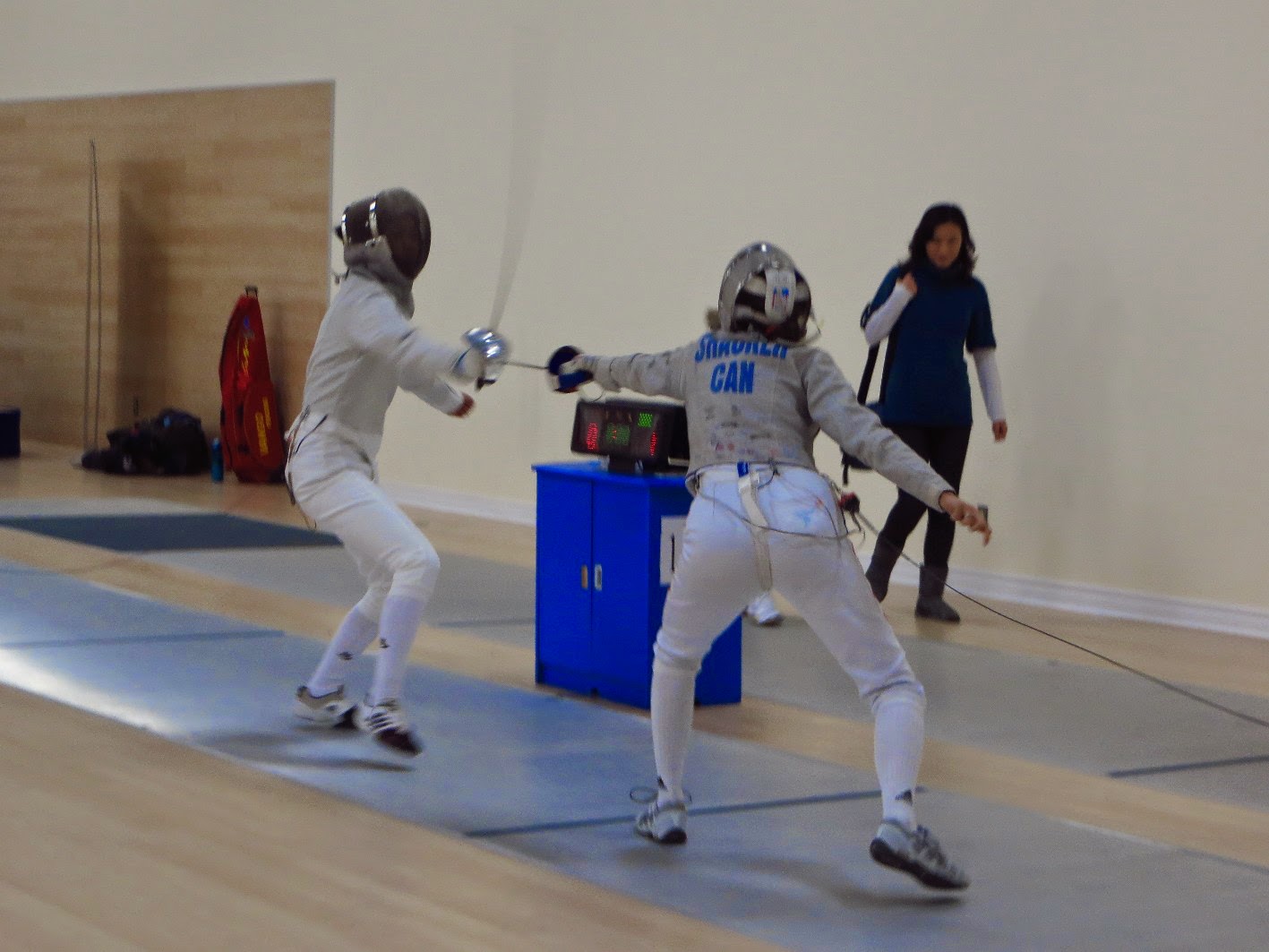 Milena on the left, takes on Stephania on the right. 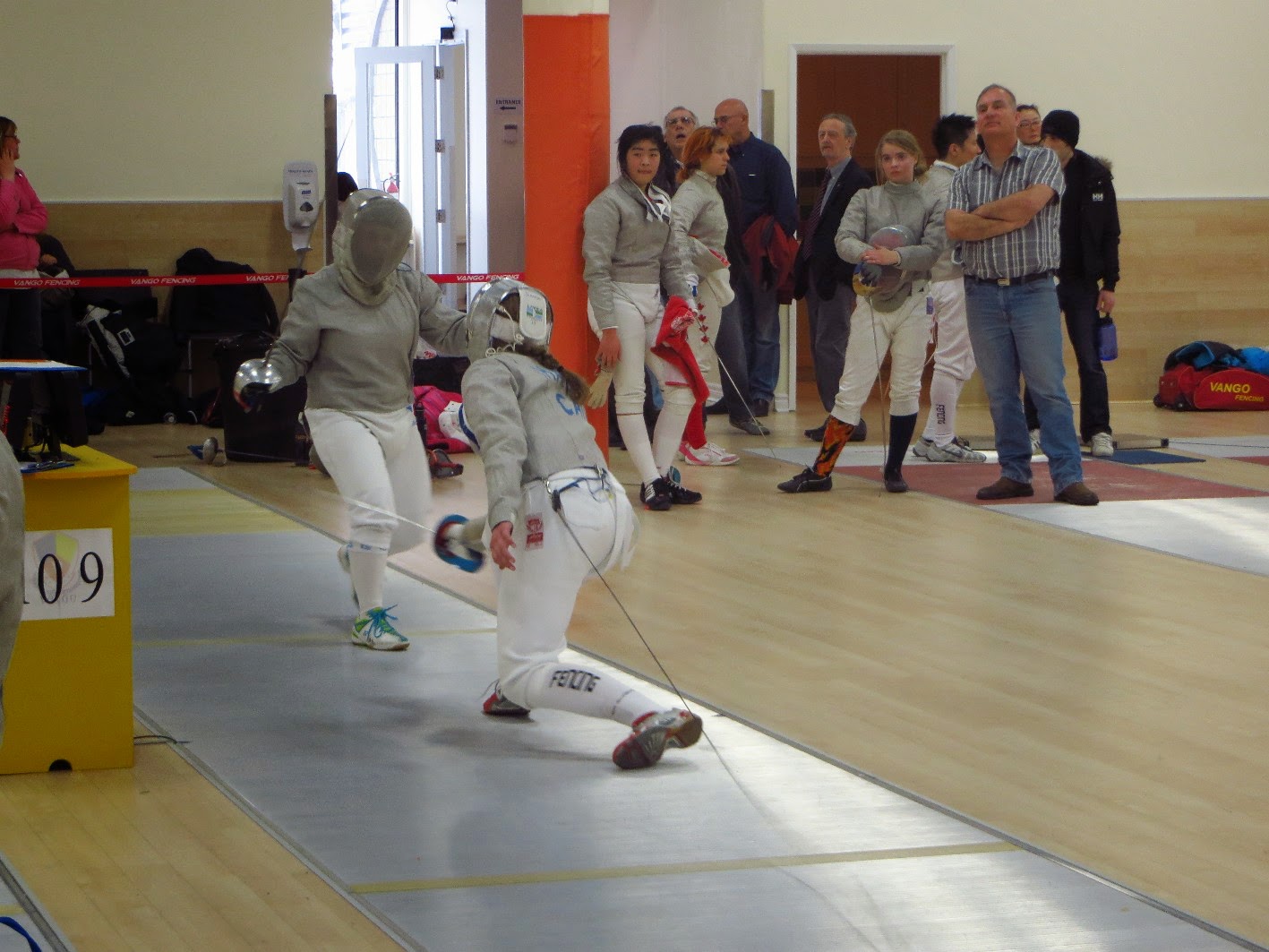 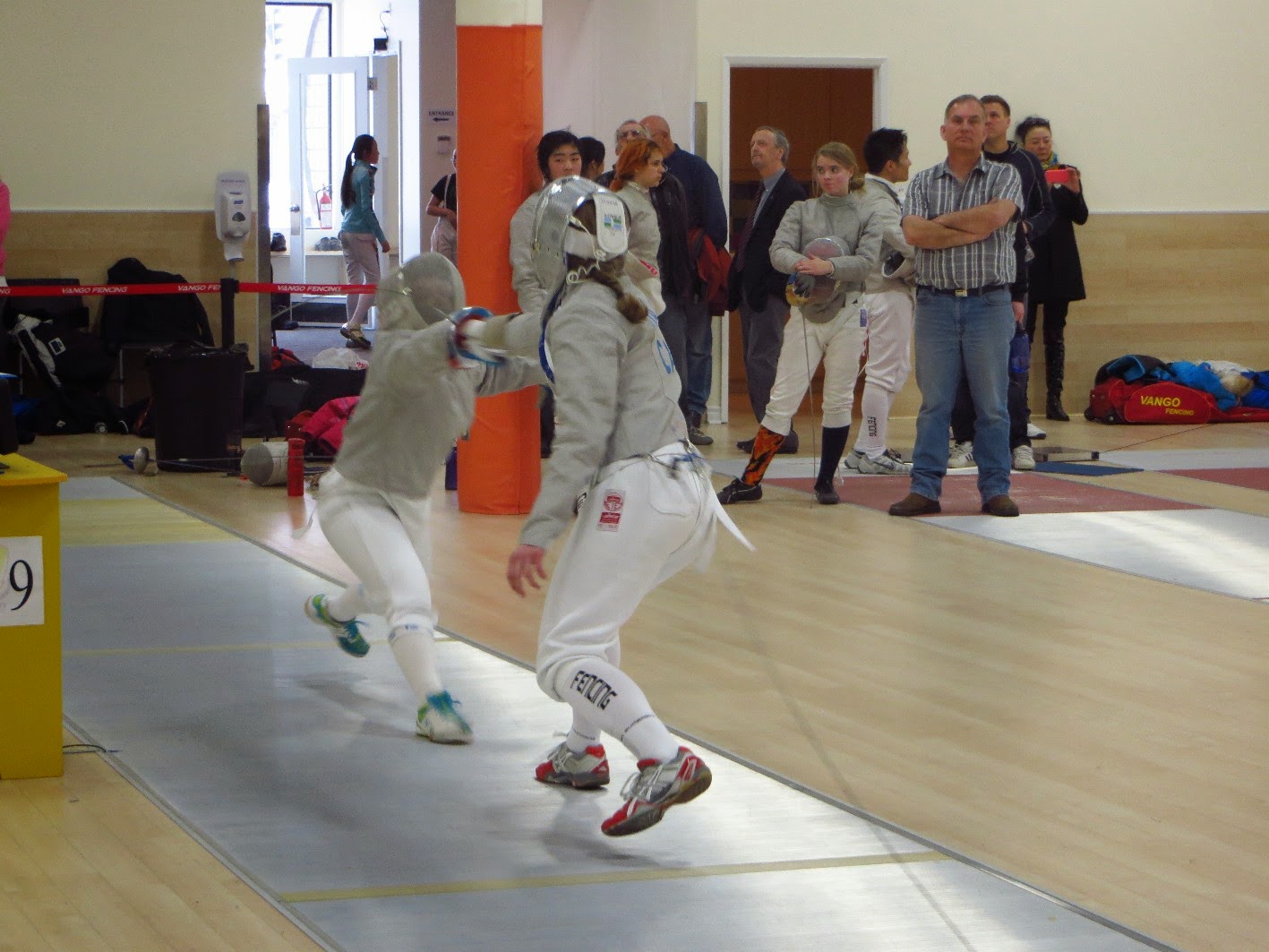 I'm quite happy to be back at it again!
Posted by Swordsman at 16:30