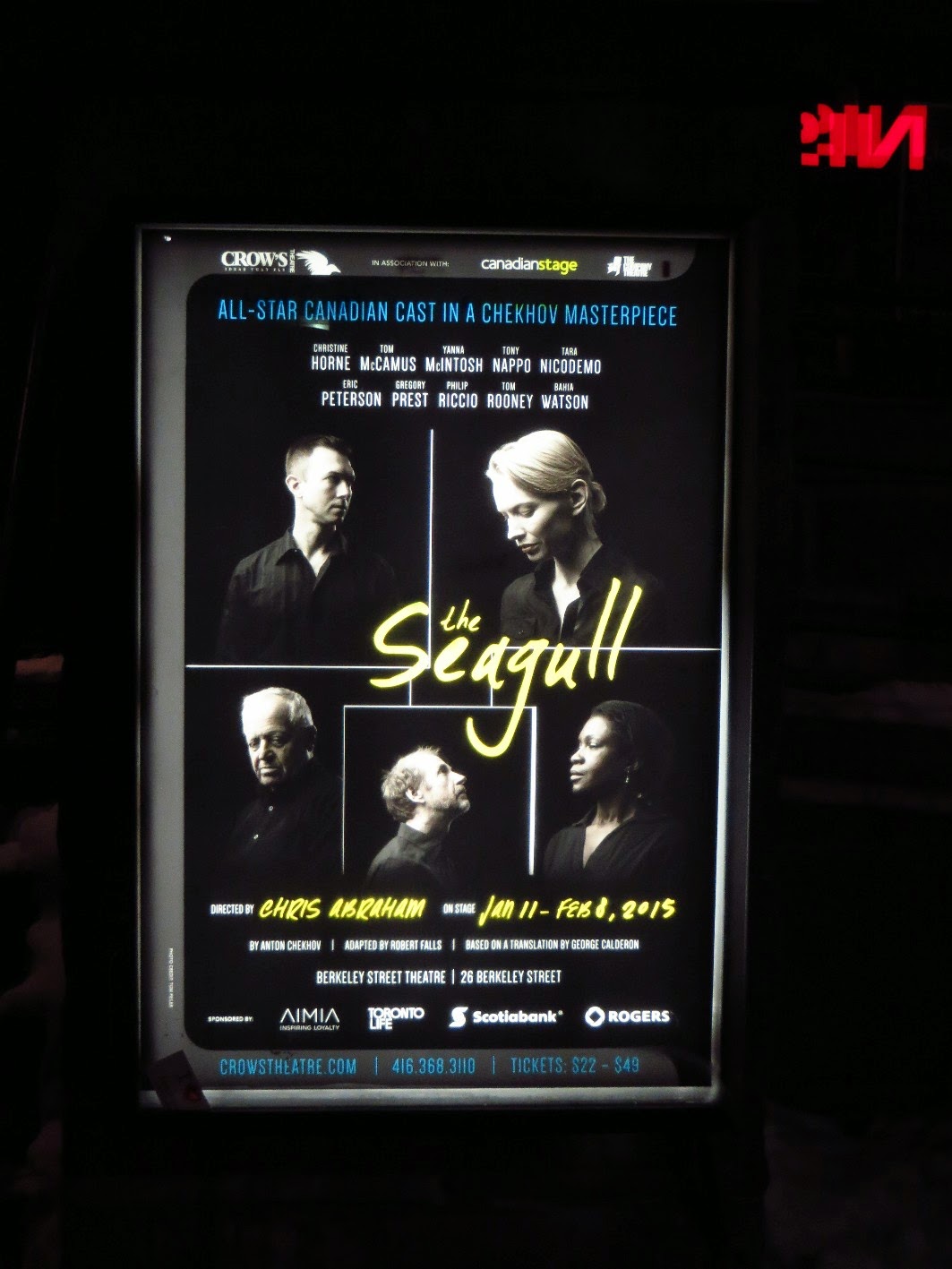 I enjoy live theater but have rarely gone to see the old theater classics. Tonight I went to the Berkeley Street Theater to see the Canadian Stage production of a classic, The Seagull by Russian play-write Anton Chekhov.

A play about the cruelty of love - a story about how we create stories - and about the heartbreakingly wide expanse between the life we live and the life we long for. Chekhov’s The Seagull was a spectacular failure when it premiered in 1895, but has survived to become one of the masterpieces of the modern era.

What an interesting and wellacted play! I found myself so involved with the characters, some of which I liked, some I despised and some I felt very sorry for.

The play runs through all the human emotions. It moves between humour, sadness, love, intense drama and desperation. The characters are full of depth. Here are a few of the major ones:

Arkadina (Yanna McIntosh) is an actress past her prime but just doesn't realize it. Very self-centred, she only cares about her own glory on the stage. She even cares more about her own career more than anything her son, Konstantin, wants or needs, even belittling him in front of others for trying to be a writer. I'm not sure what happened to her first husband but she has a lover, famed writer Boris Trigorin, I found myself really hating her.

Konstantin is Arkadina's only son. He wants to be a writer of books or plays but his own mom stands in his way, often holding up Boris as the writer Konstantin will never be. In many ways I felt bad for him because of his mother, but also found him to be very pitiful person.

Boris Trigorin (Tom Rooney) is a famed writer but one who feels he has no life or passion, except for wrting until he meets Nina. He is dominated by Arkadina and is quite an empty soul. His speech on his passion to constantly be writing was fabulous and contained one of the funnier lines of the play.

Nina (Christine Horne) is a woman longing to be a famous actress. Her parents have forced her, though, into a sheltered life living in the country on lake, a place she yearns to leave.  I felt bad for her during much of the play.

Sorin (Eric Peterson) provided much of the humour in the play. He is old and frail with his health starting to fail. Sorin owns the farm where the play takes place and complains of only ever working in the public service and never accomplishing anything. I enjoyed his character.

Finally the good doctor Dorn, fabulously played by Tom McCamus. Dorn is wise, seeing what all the other characters in the play cannot. He not only looks after Sorin but cares for him as a friend more than a patient. Dorn is full of passion and was my favourite character.

It is an excellent play and I am so glad I went. You can tell by the length of this review(most of my reviews are half as long). The play was just under three hours with intermission but never dragged.

Tonight's show was sold out, as are all the rest. I can see why! 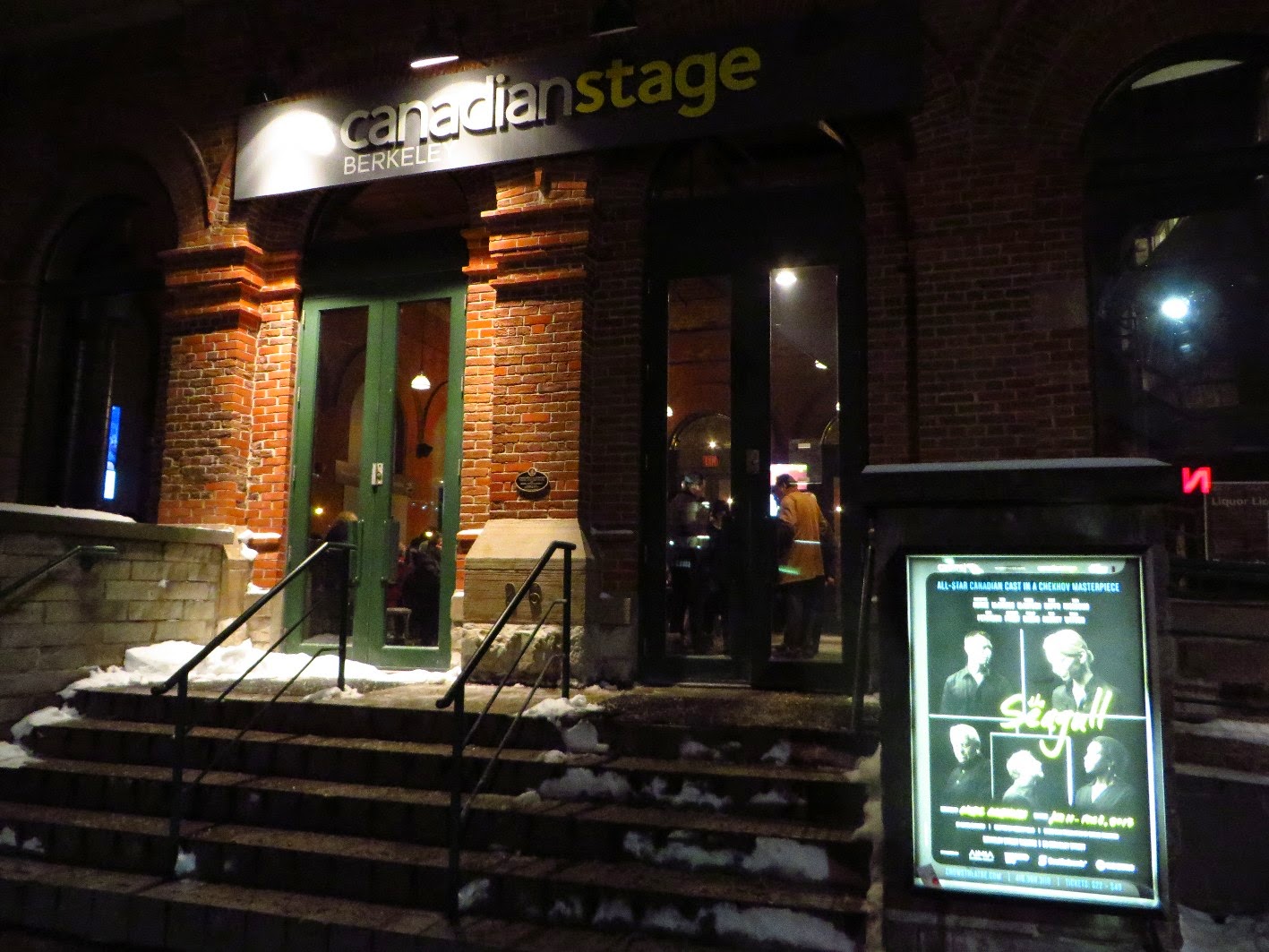