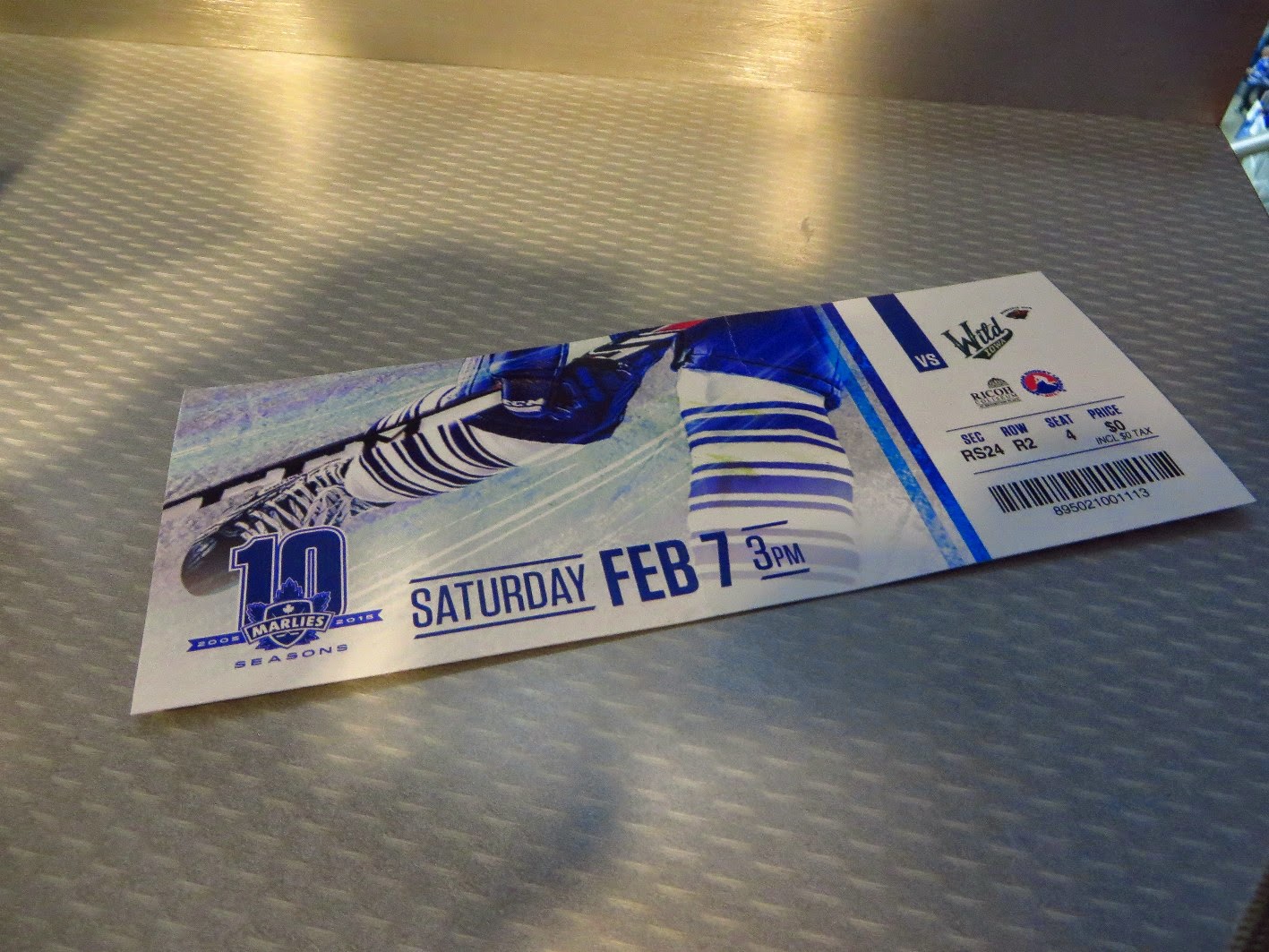 Recently there was a United Way Auction at work. With one second left to go, our team submitted the winning bid for an Executive Box for a Toronto Marlies game. The Marlies are the farm team of the sad sack, Toronto Maple Leafs. The Leafs are on an eleven game losing streak and have a 23 - 27 record. The Marlies went into this afternoon's game against the Iowa Wild 18 -18. 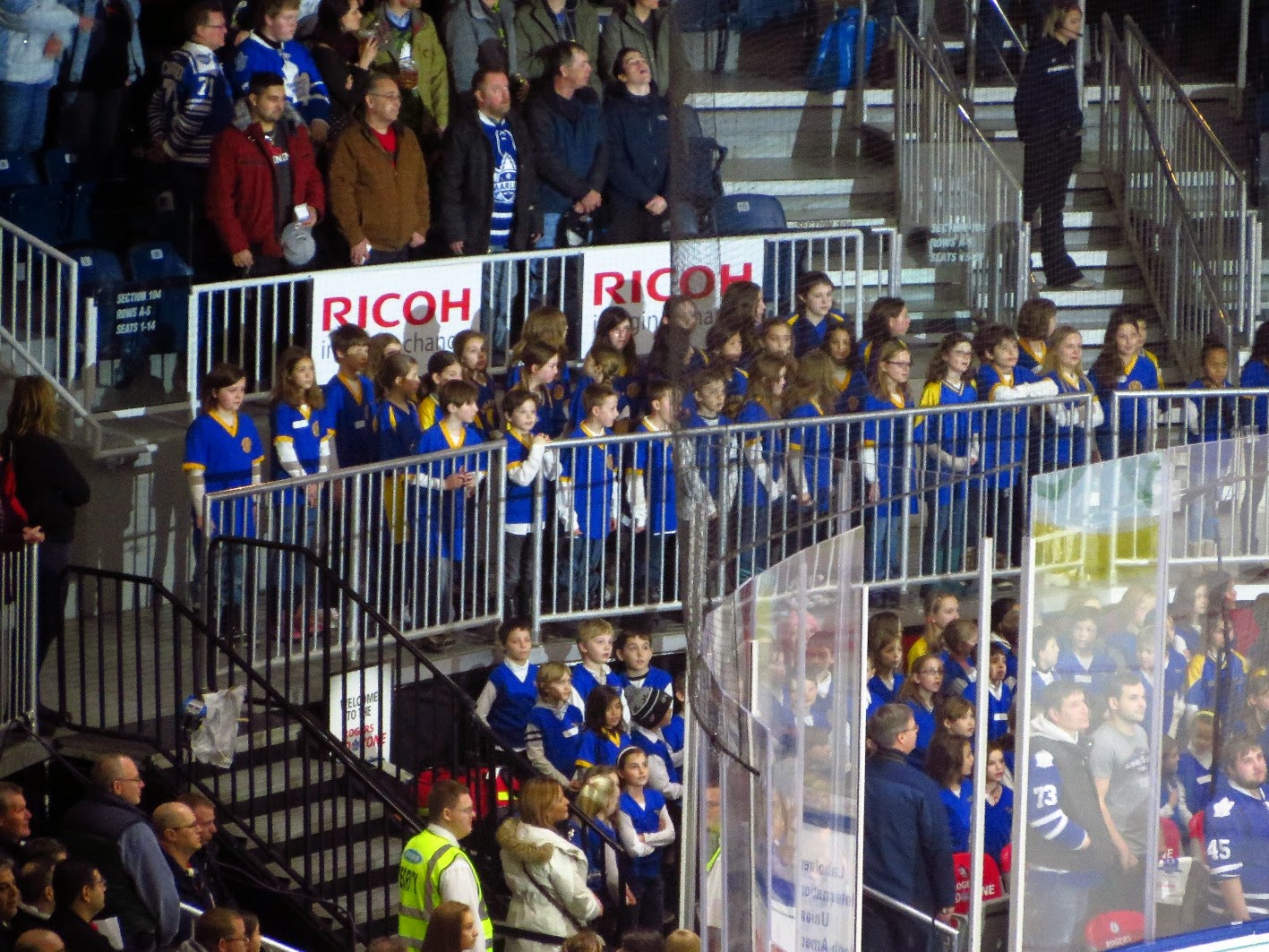 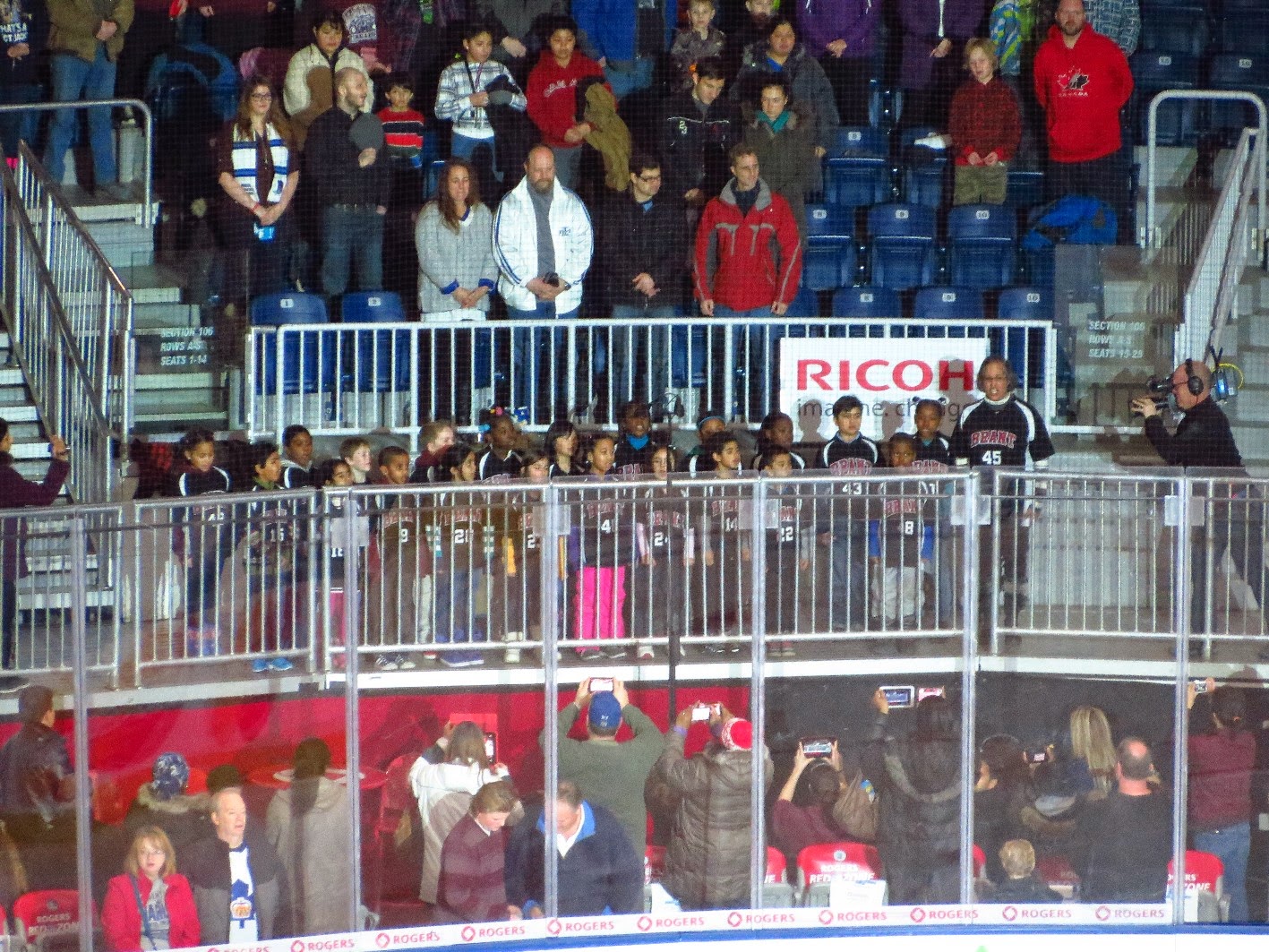 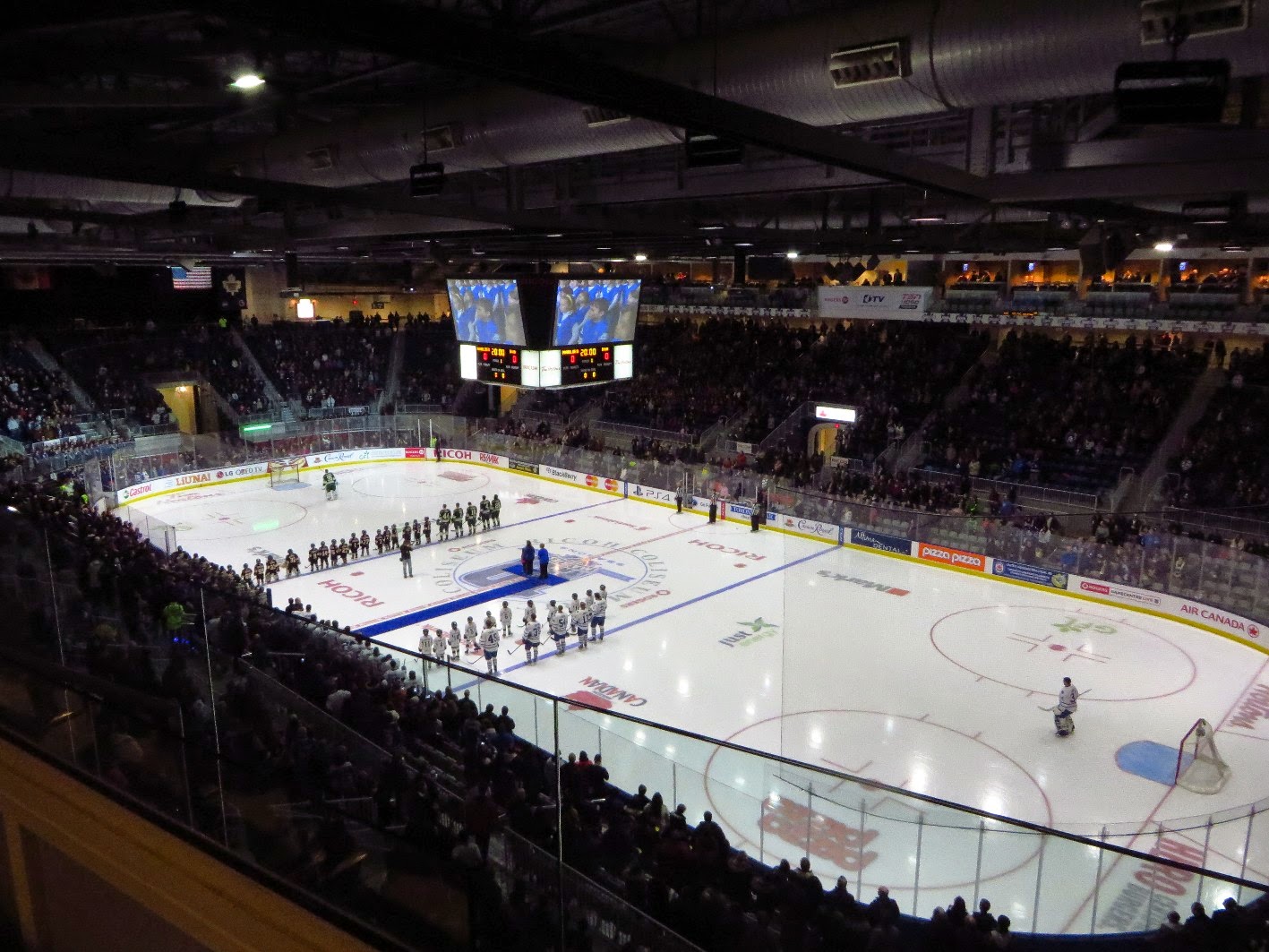 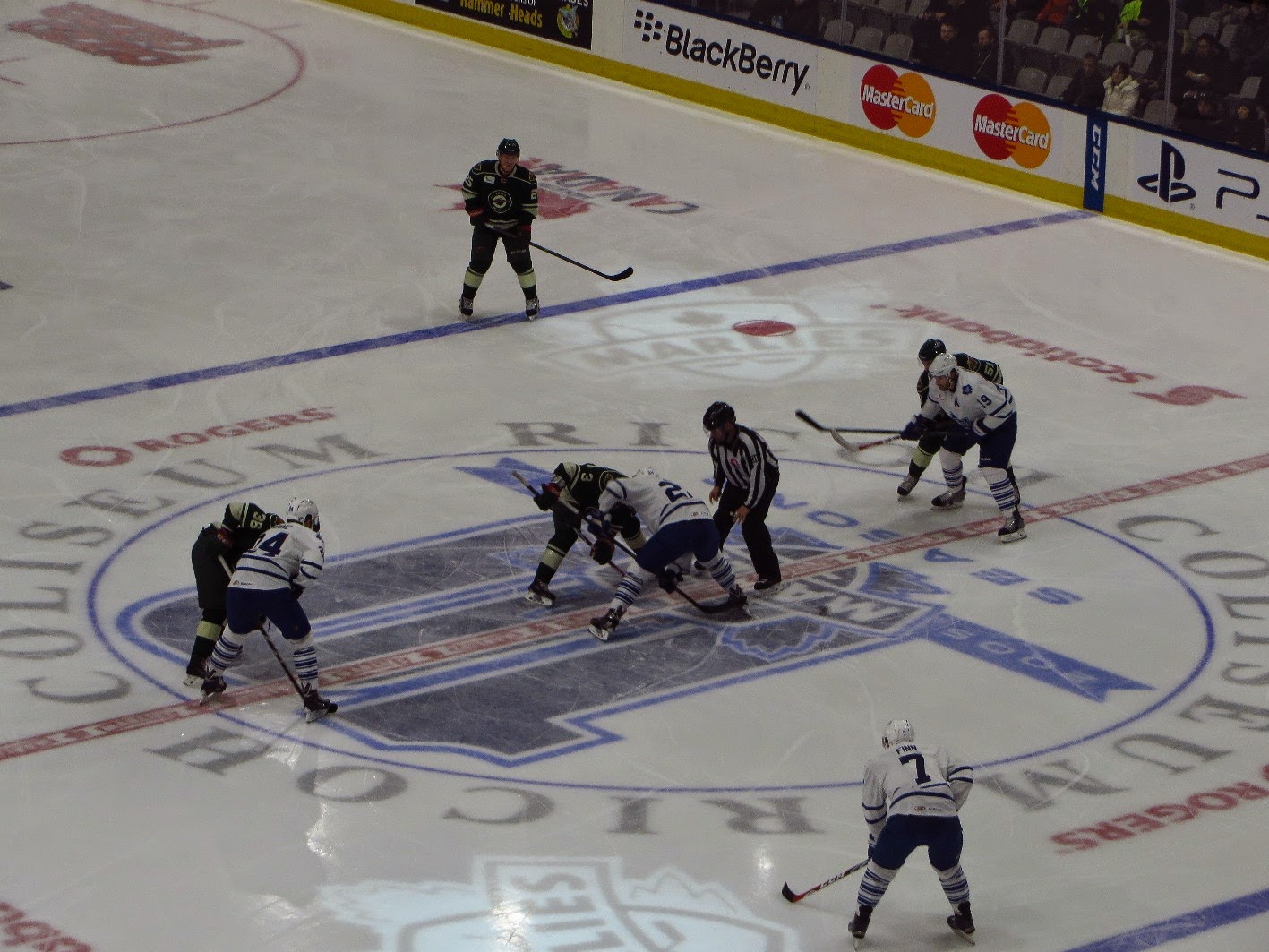 Our box was in the Marlie end of the ice. 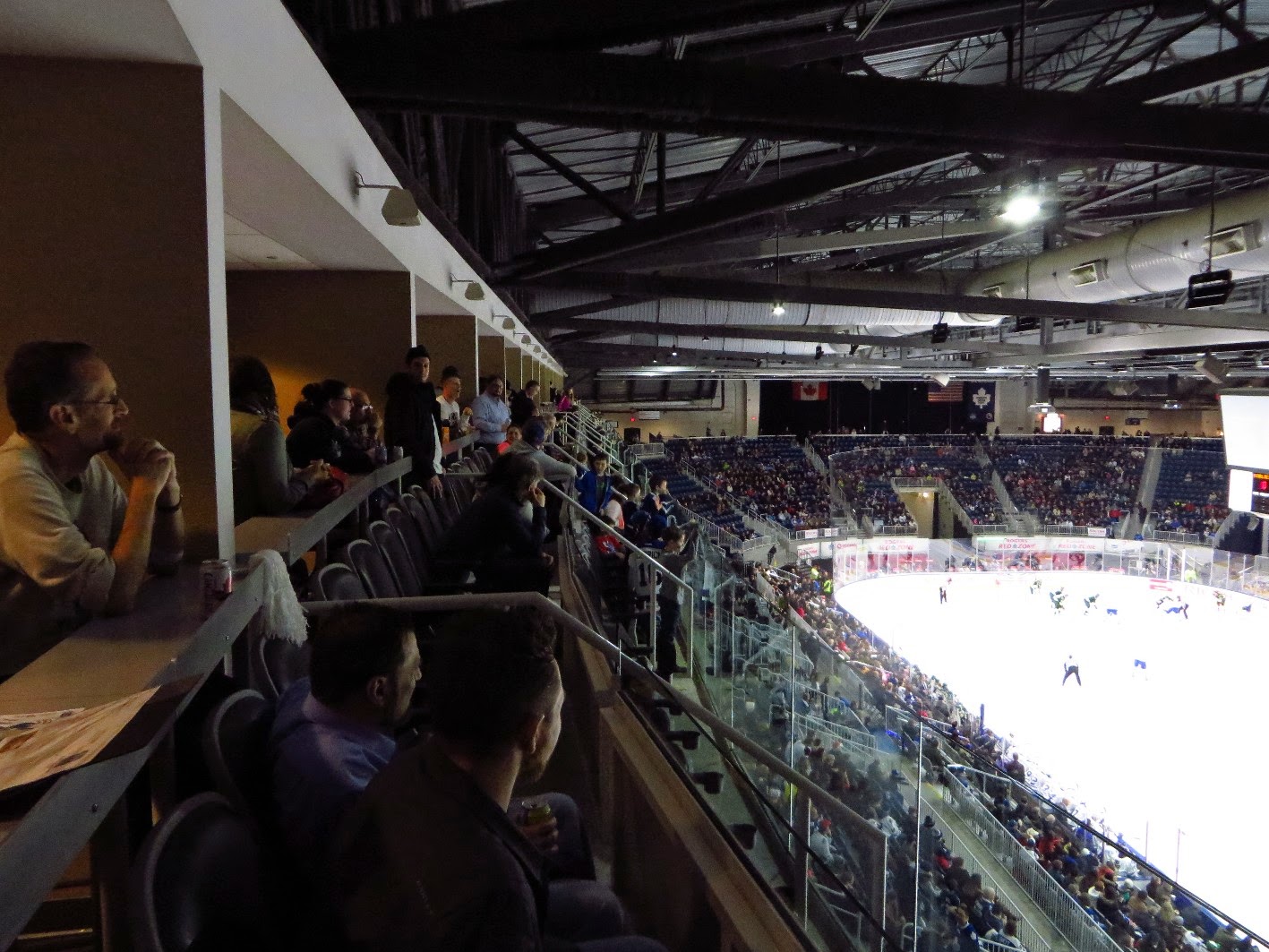 The first goal of the game came from a breakaway by Greg McKegg who also scored another. 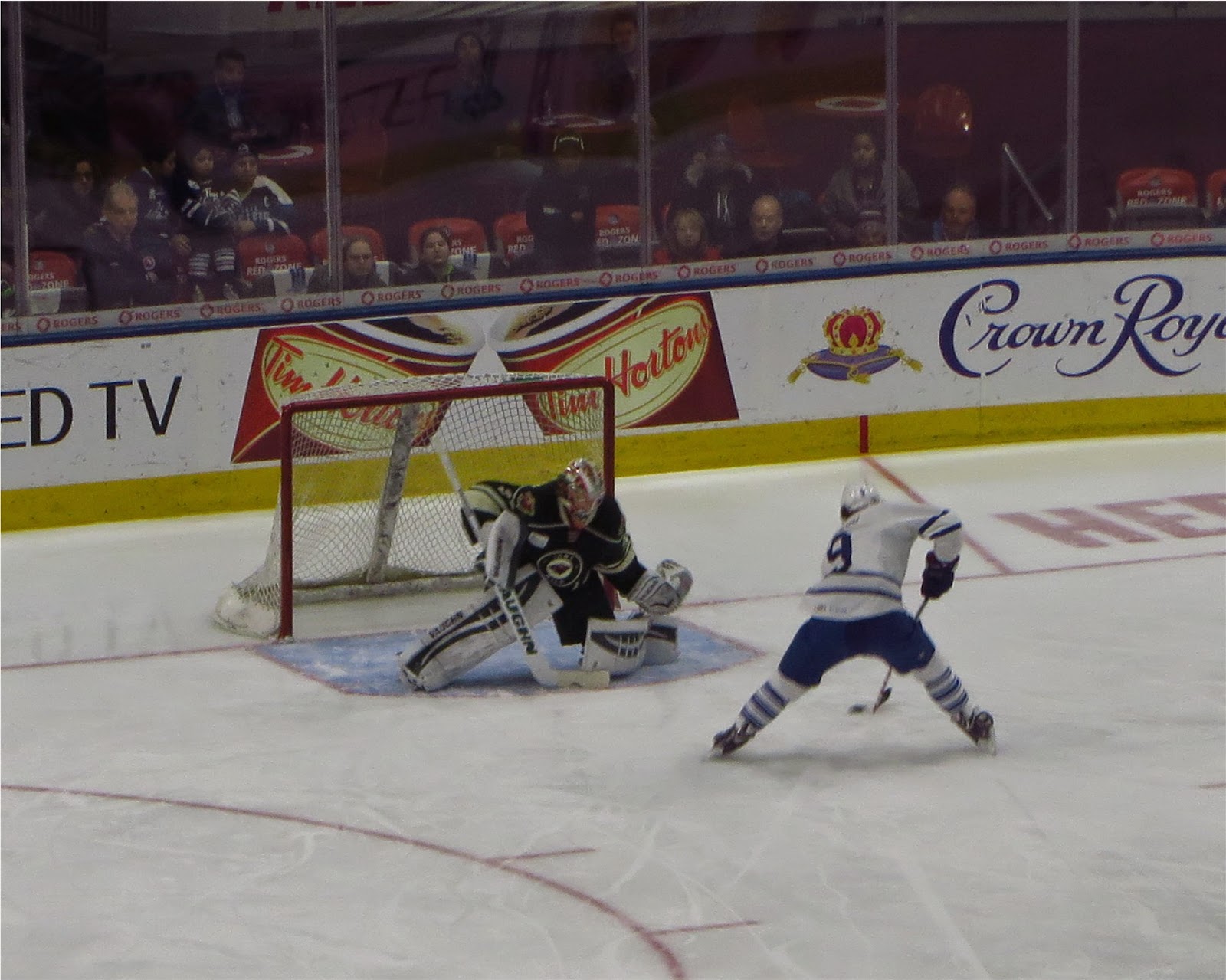 Action from the game. 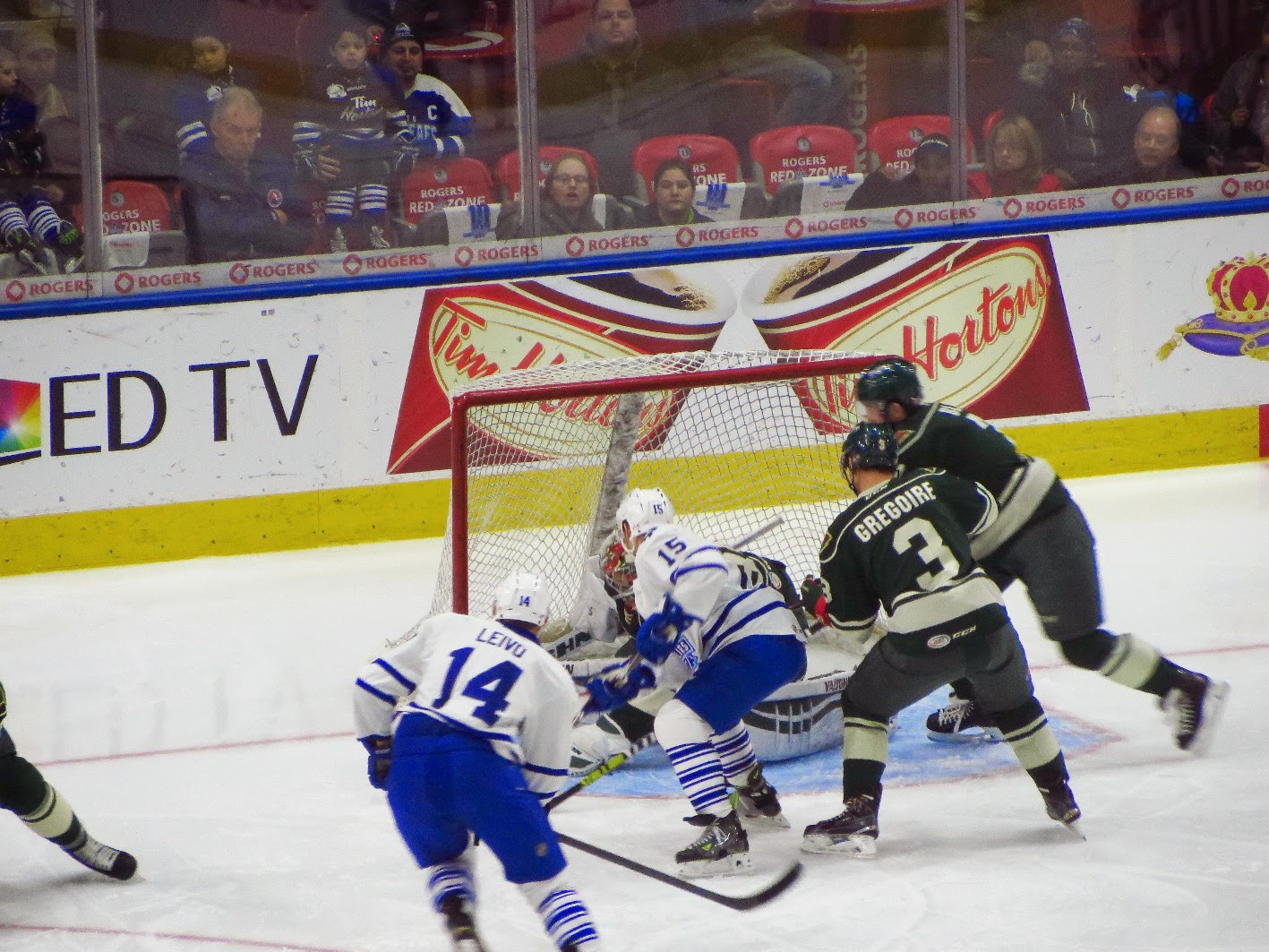 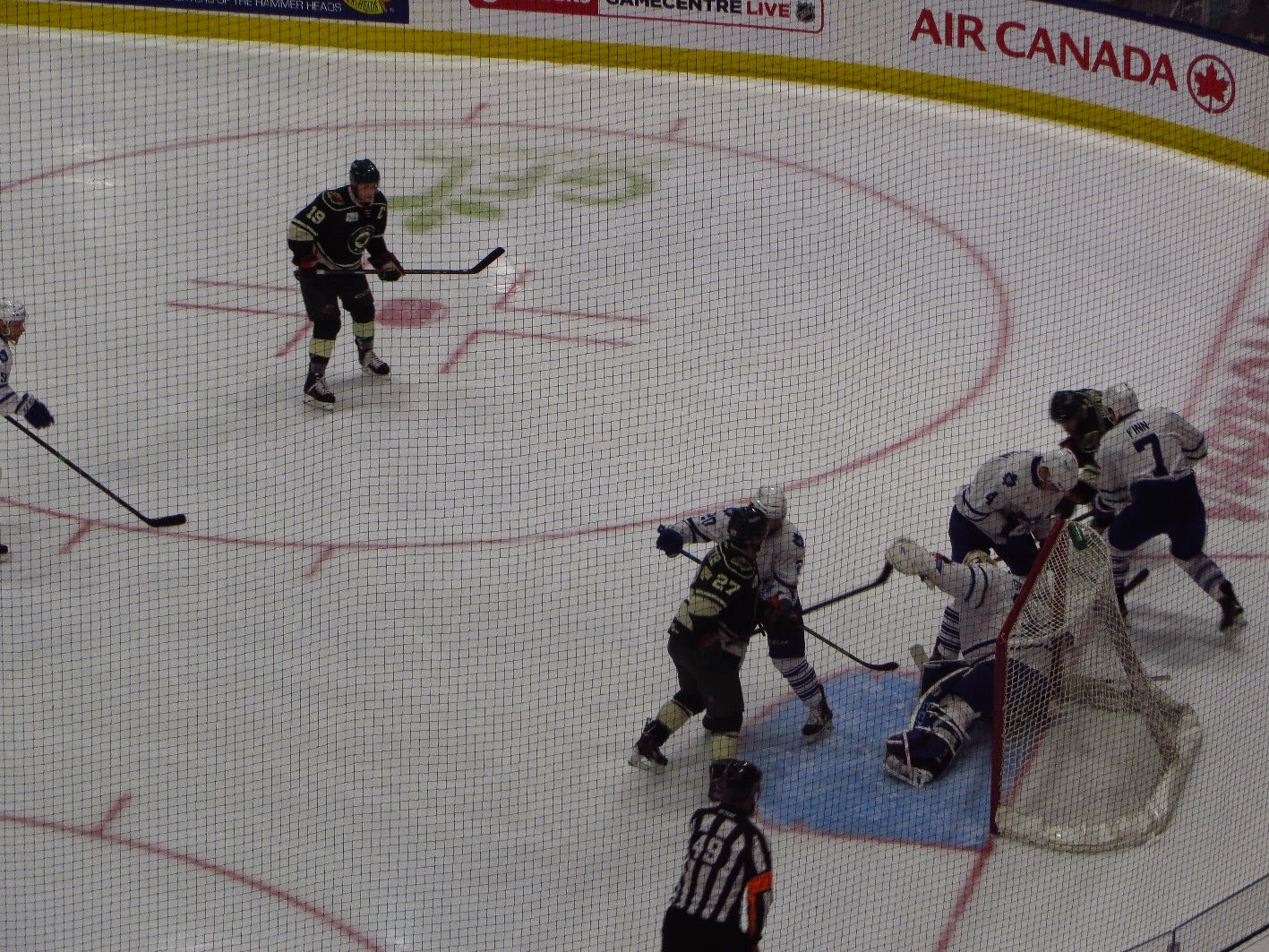 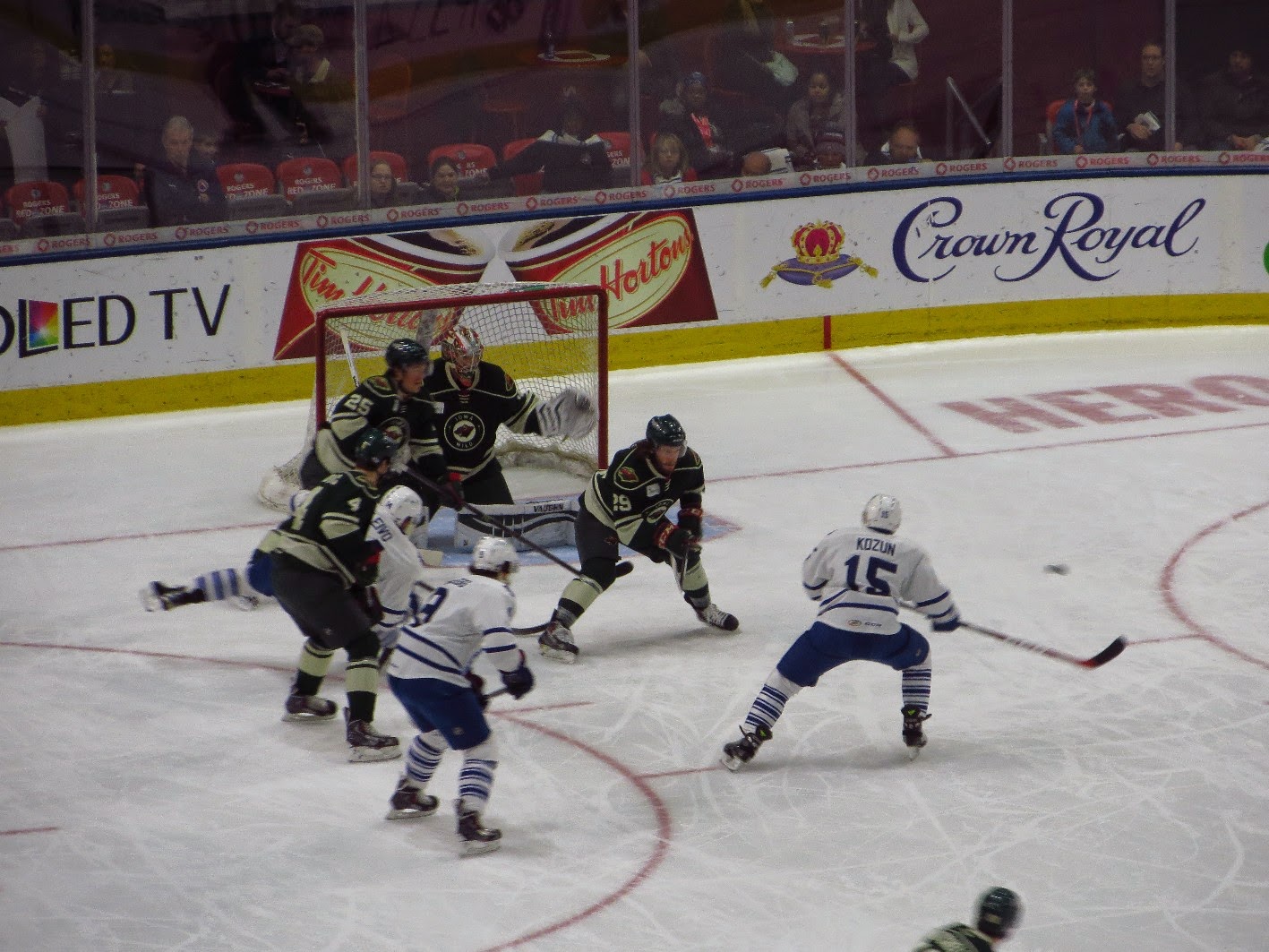 During time outs and commercial breaks, the ice cleaning crew came out. 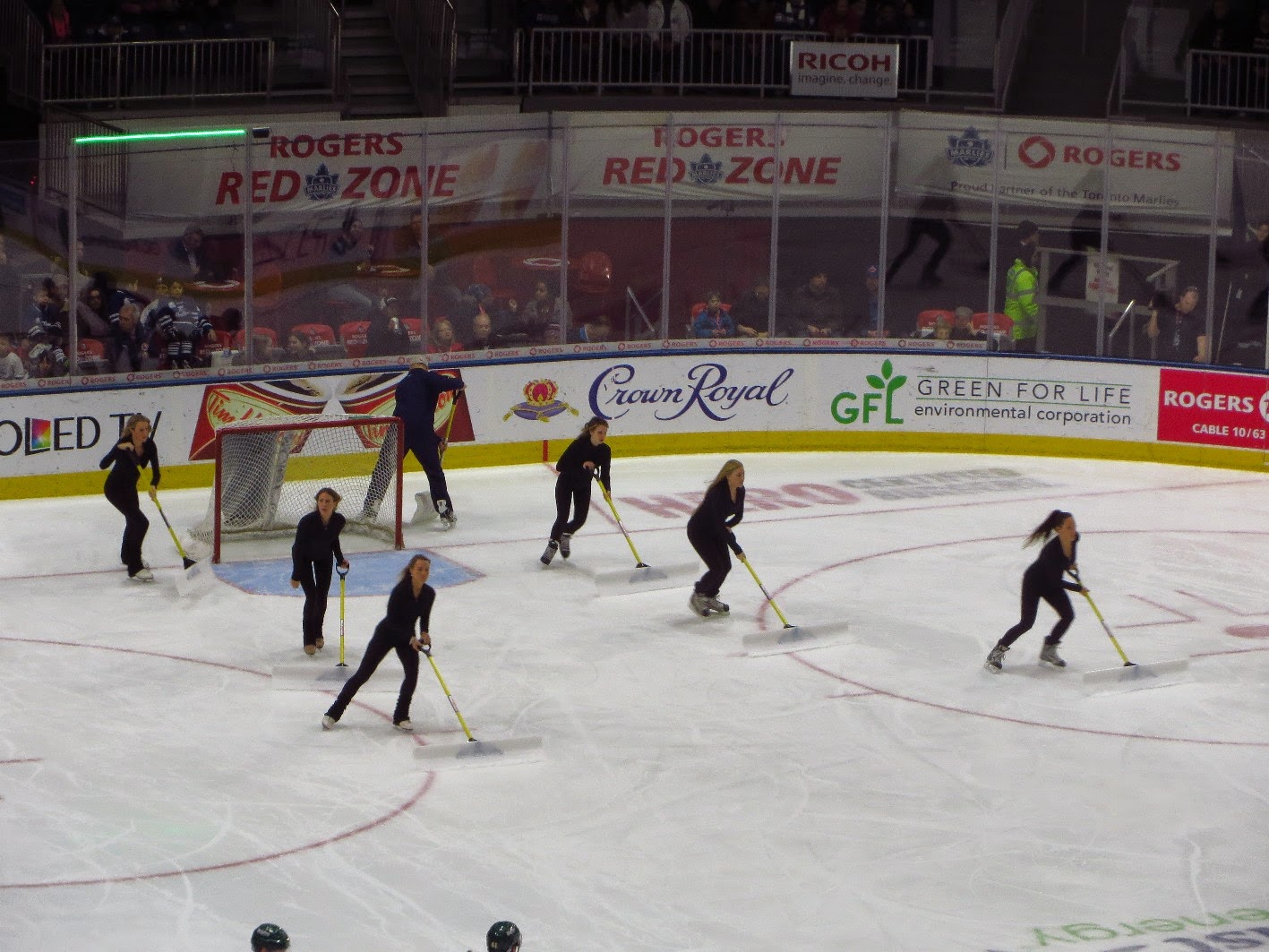 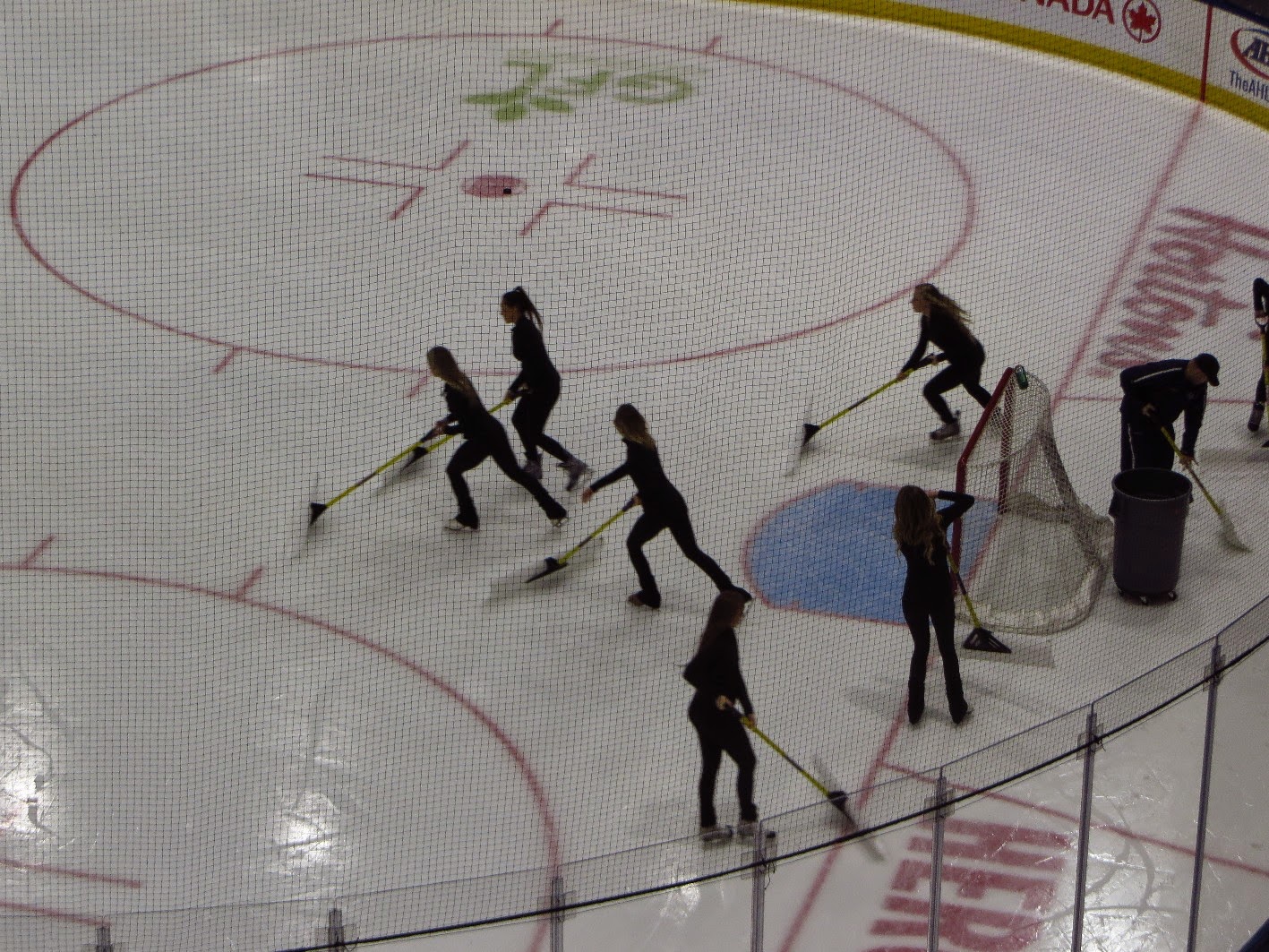 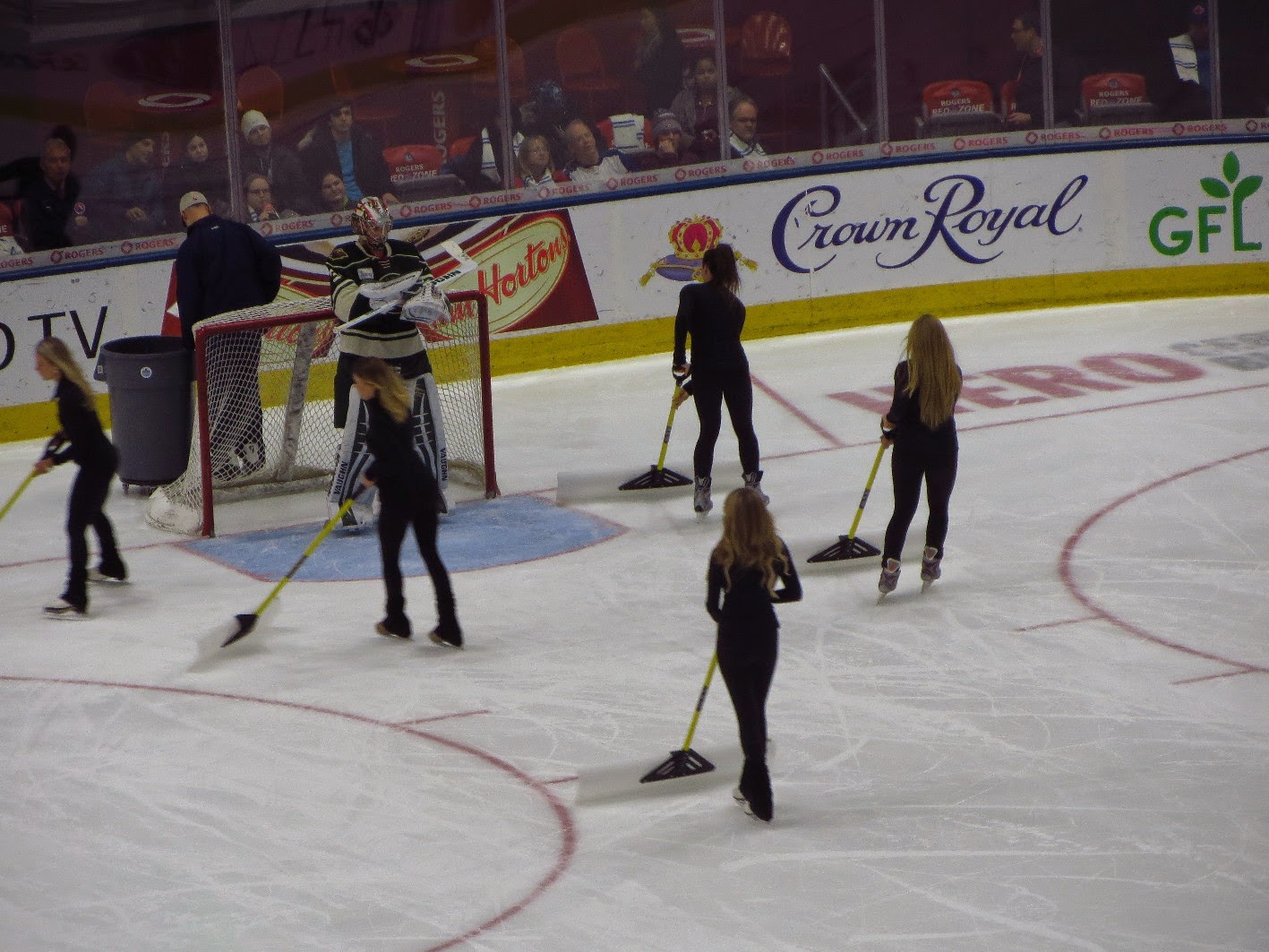 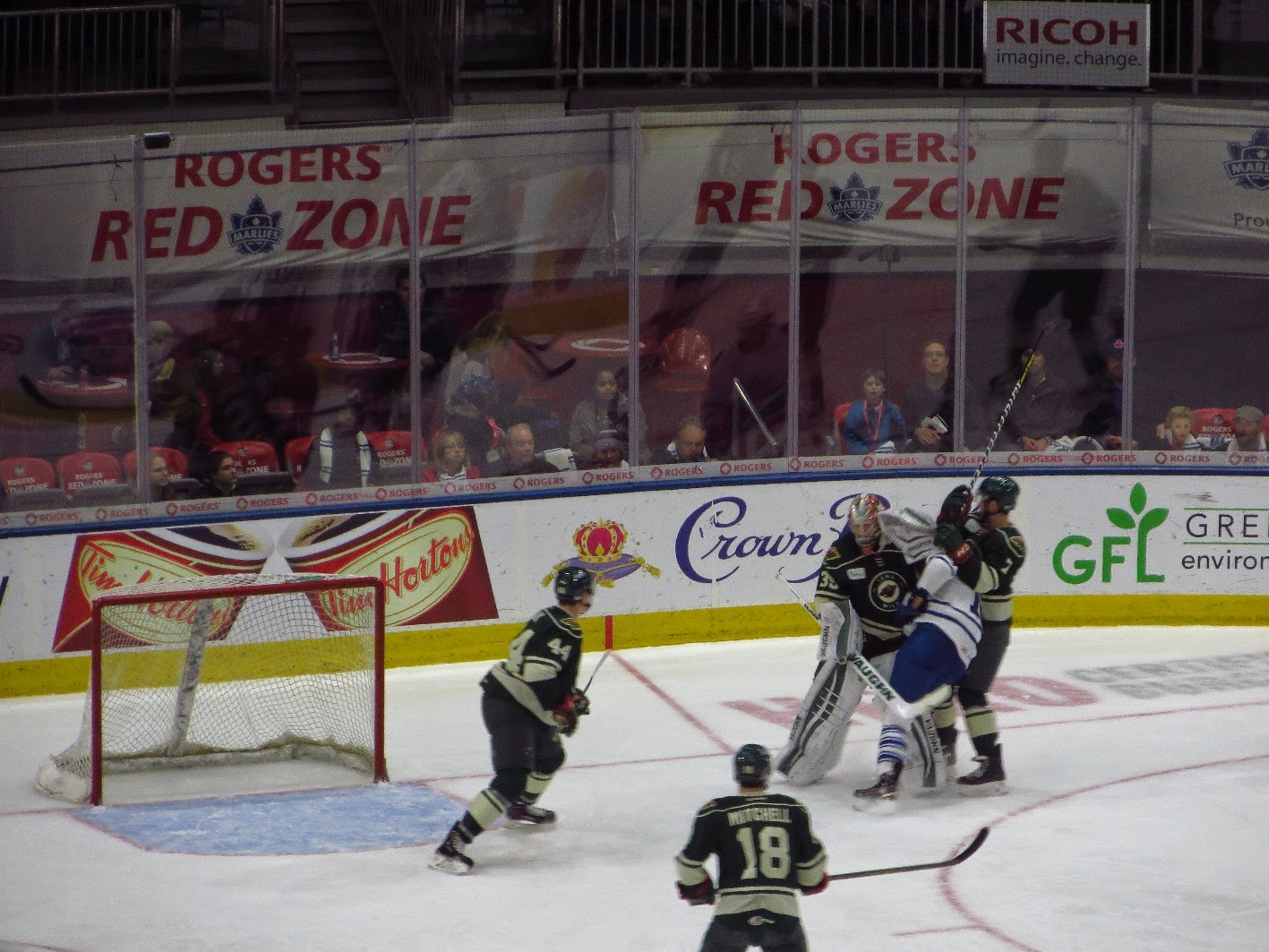 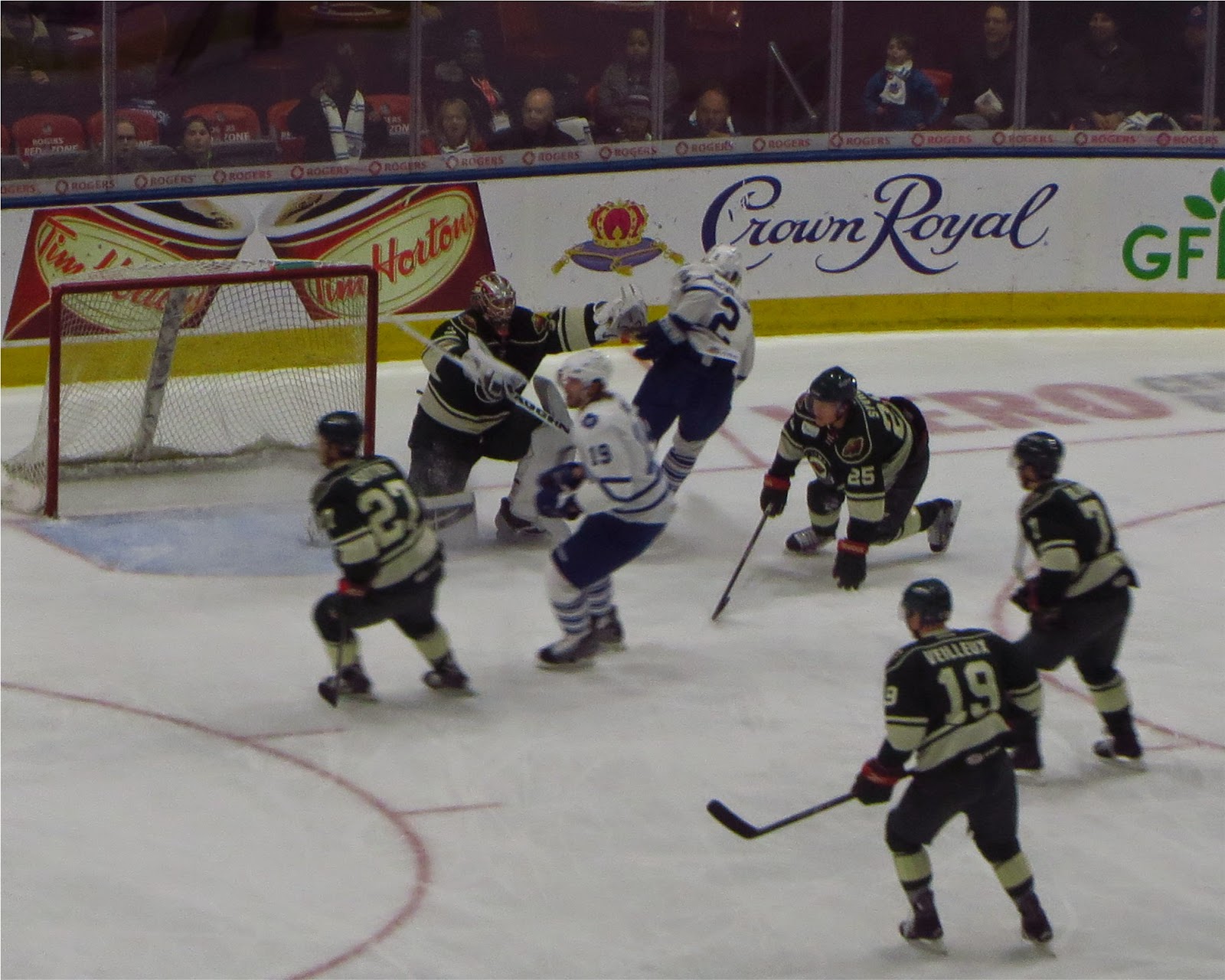 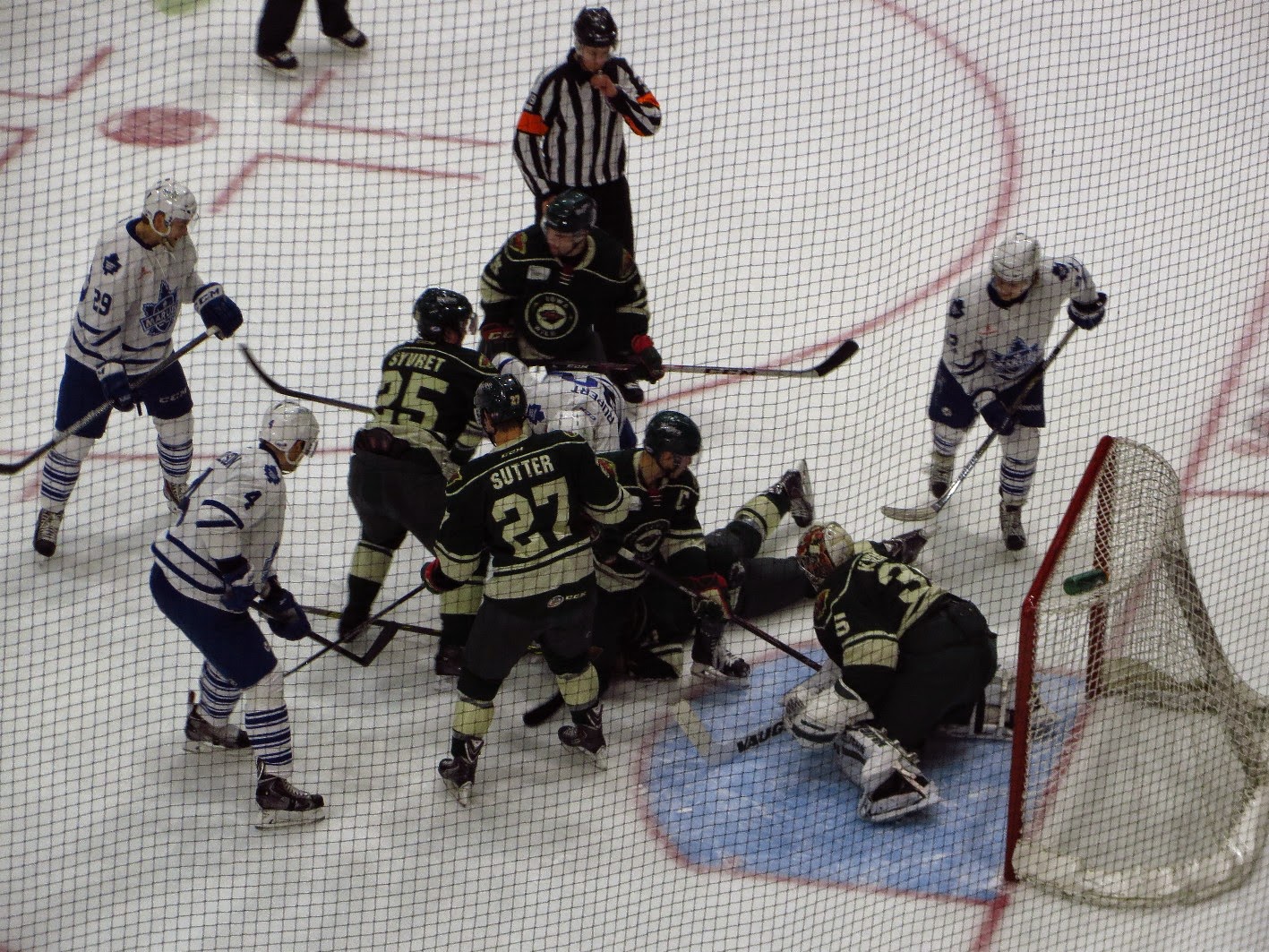 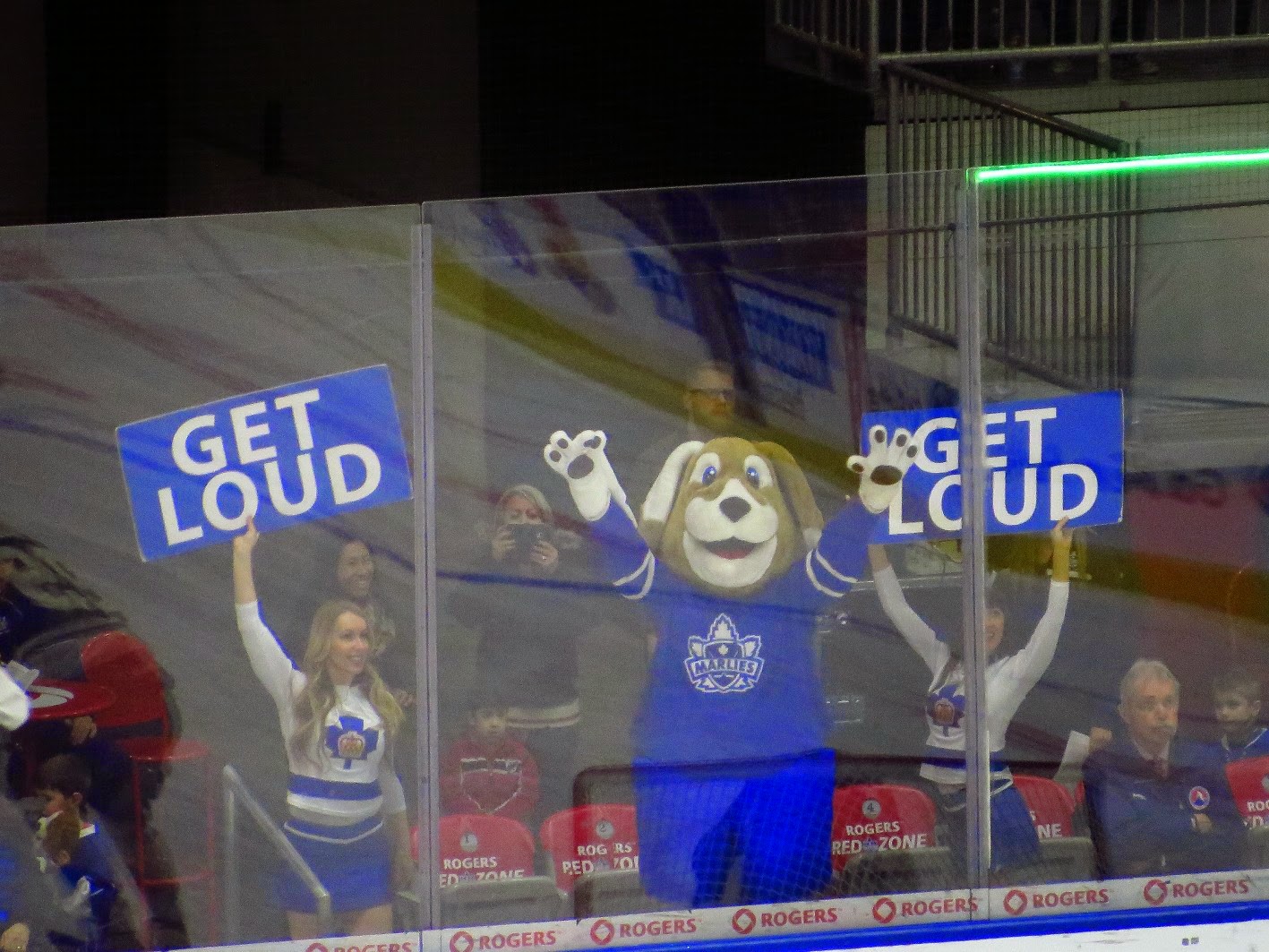 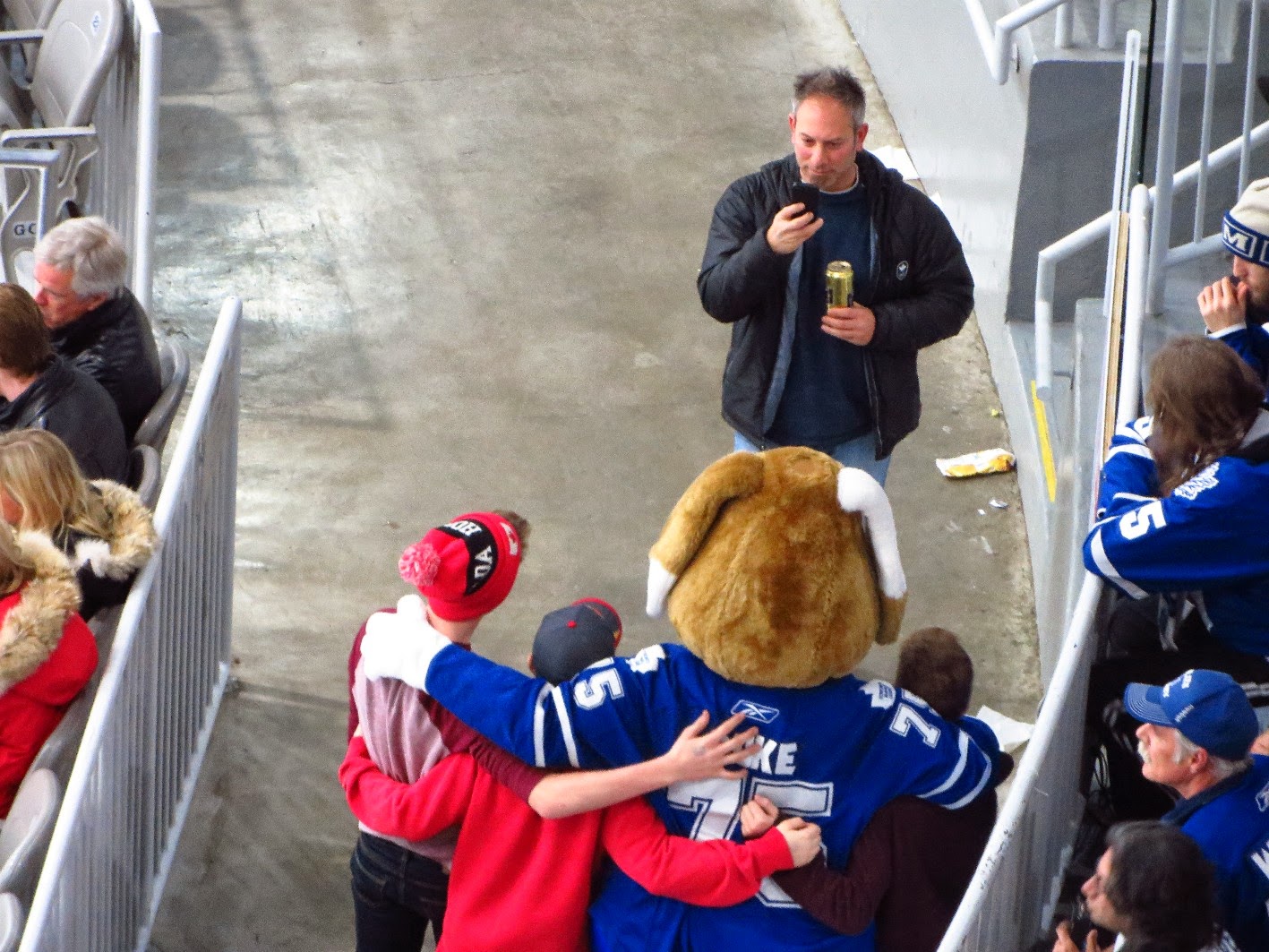 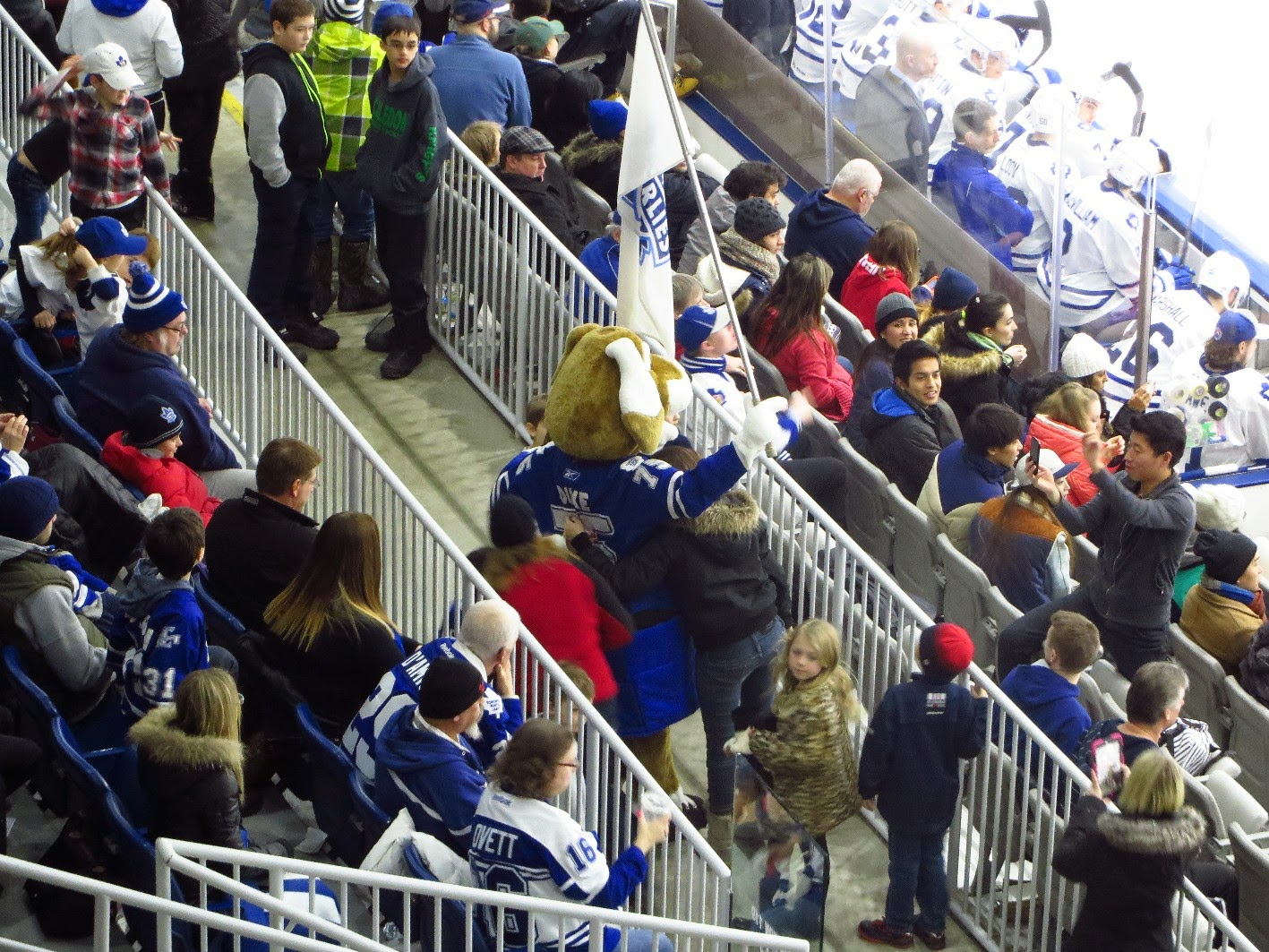 Between periods the tykes took over. 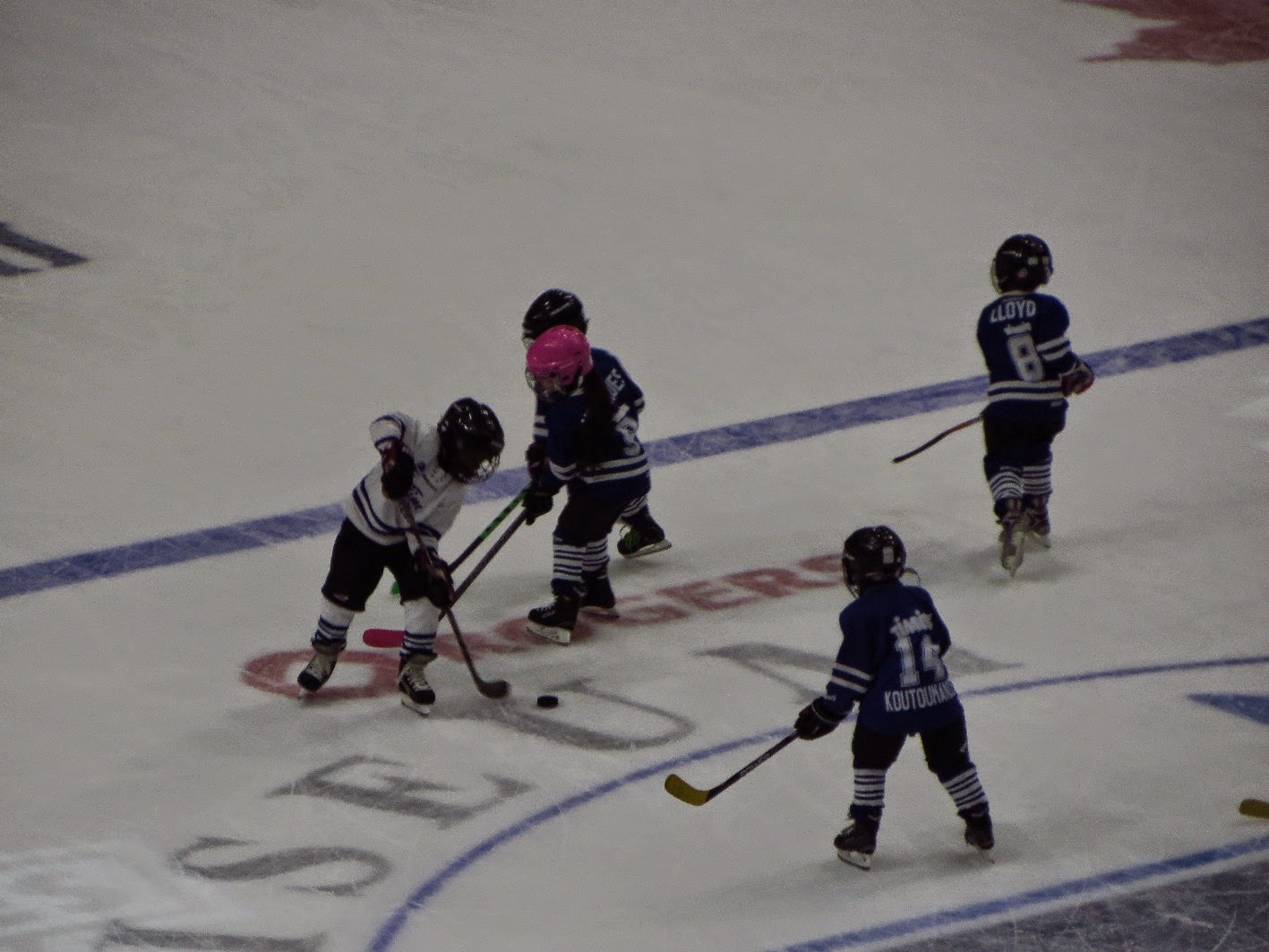 Telene was our server in the box. 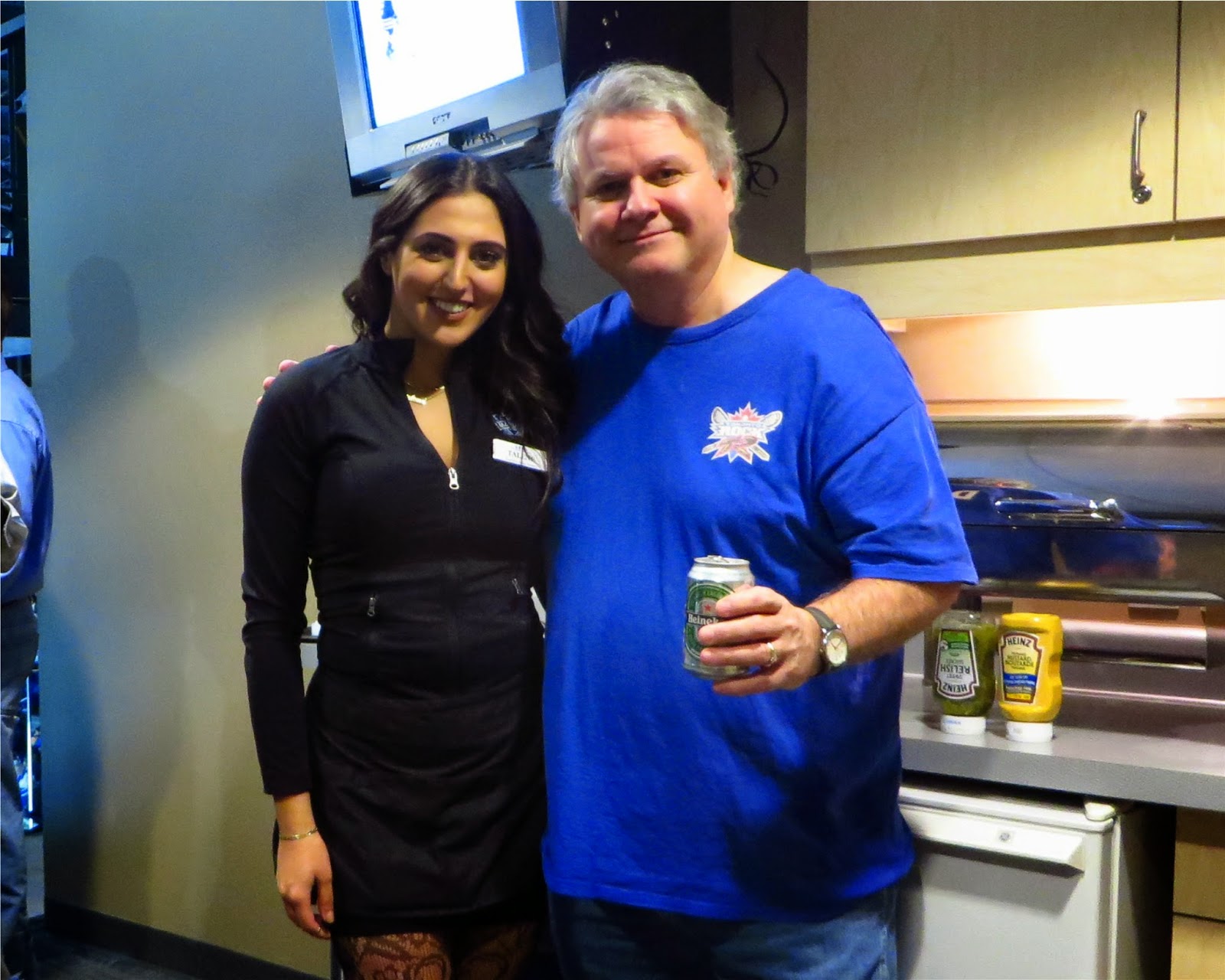 Being the neat fellows we are, we made sure our empties were kept in orderly fashion. 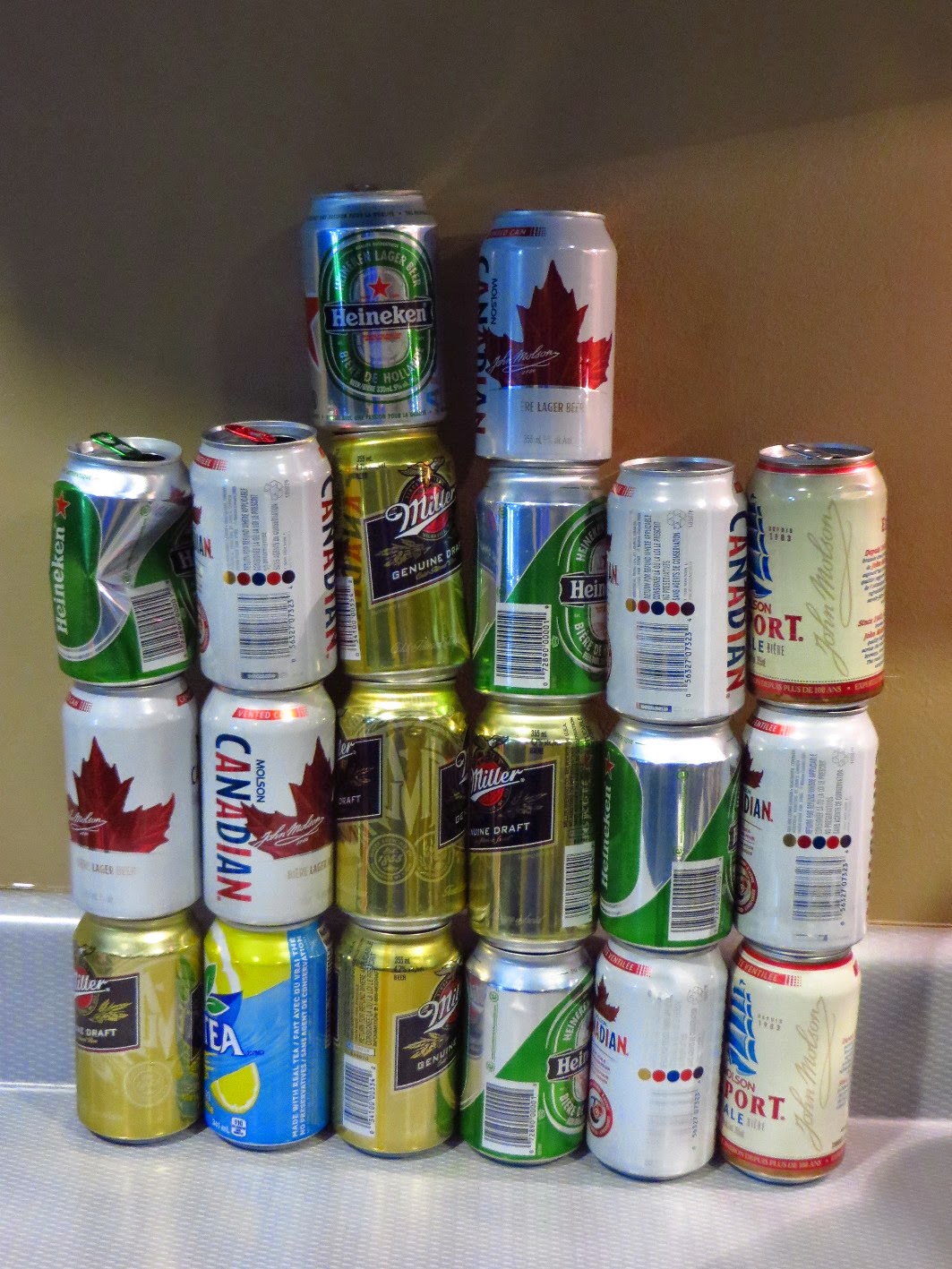 Even the men's urinals kept a hockey theme. 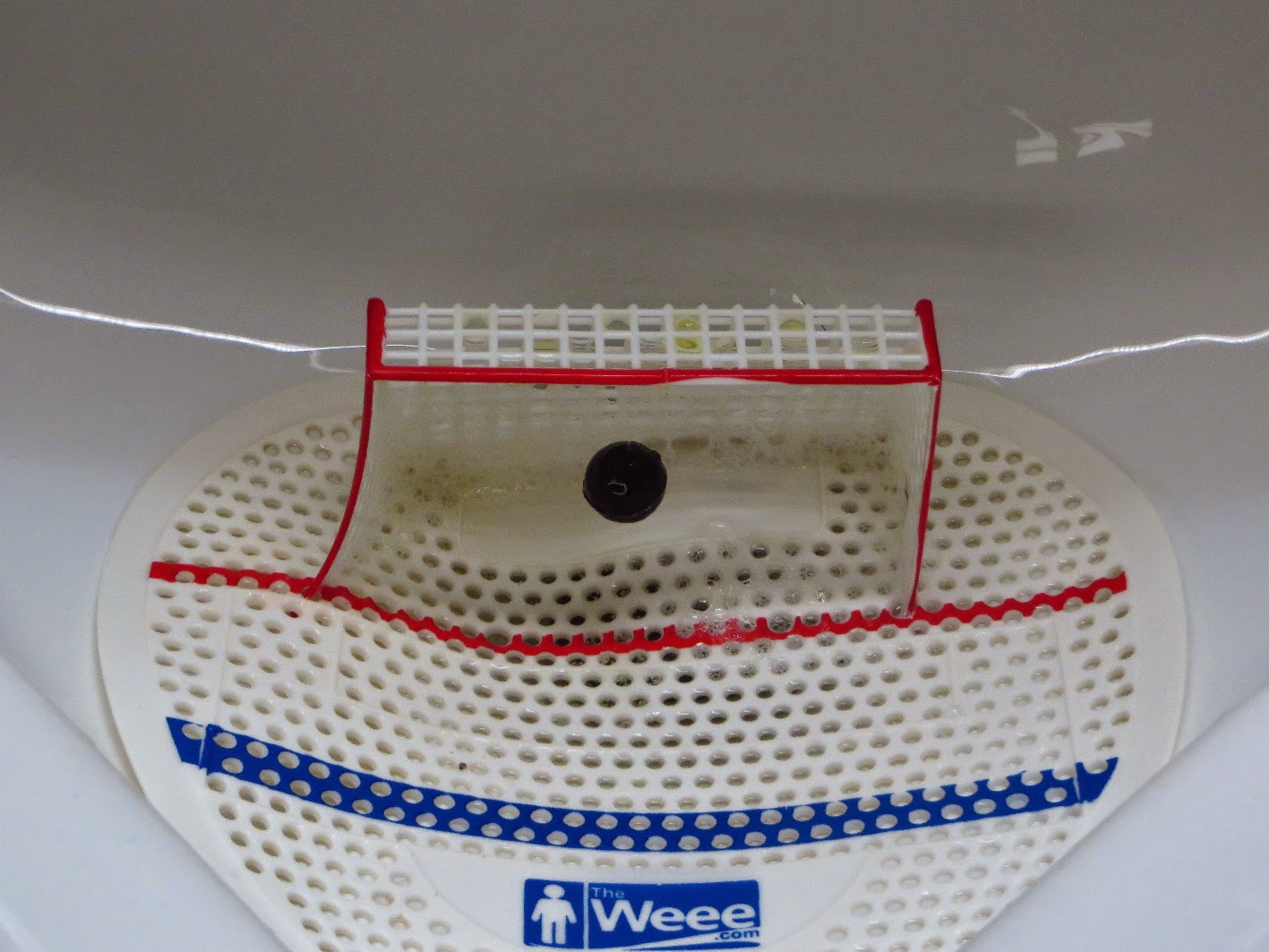 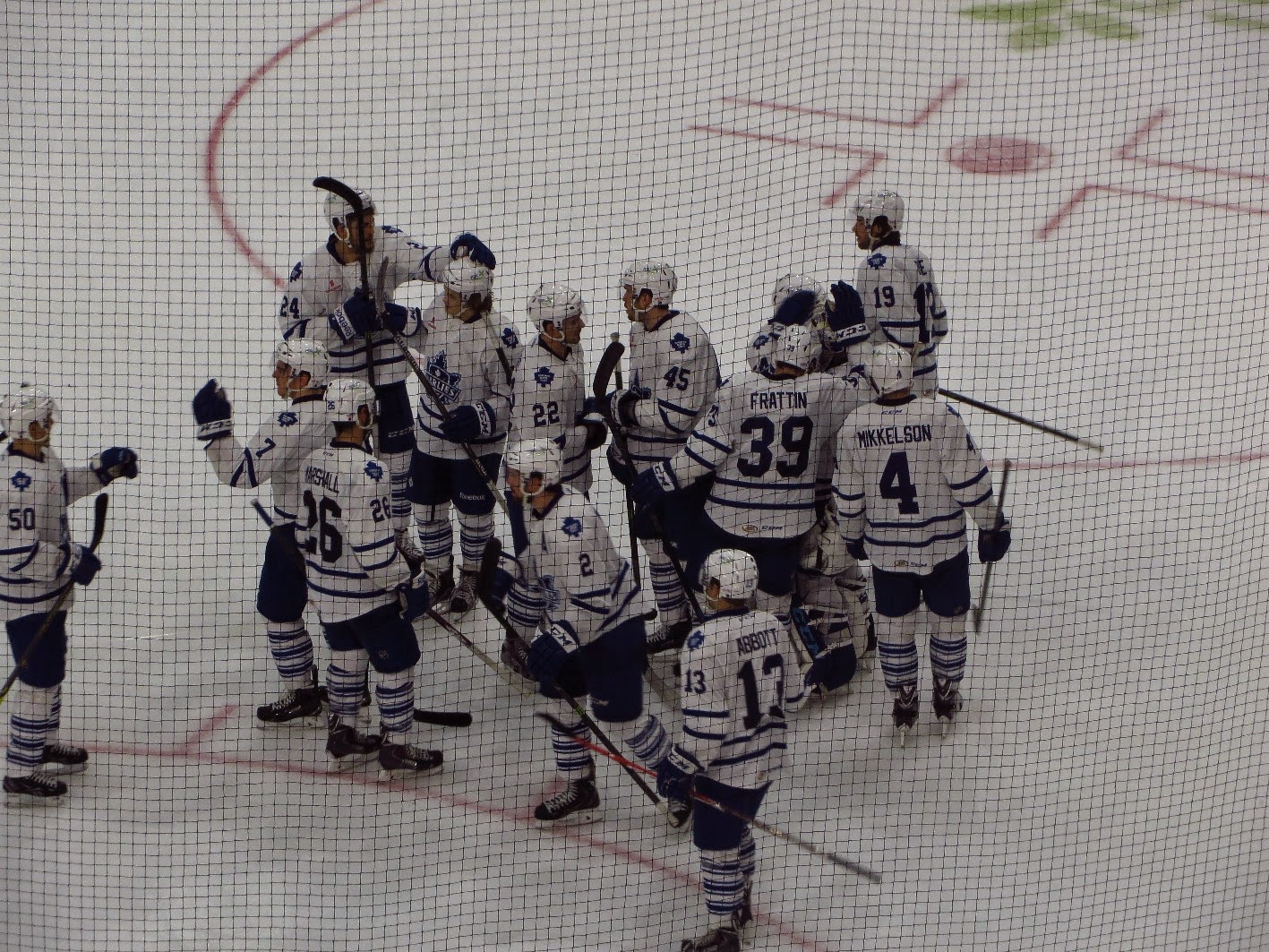 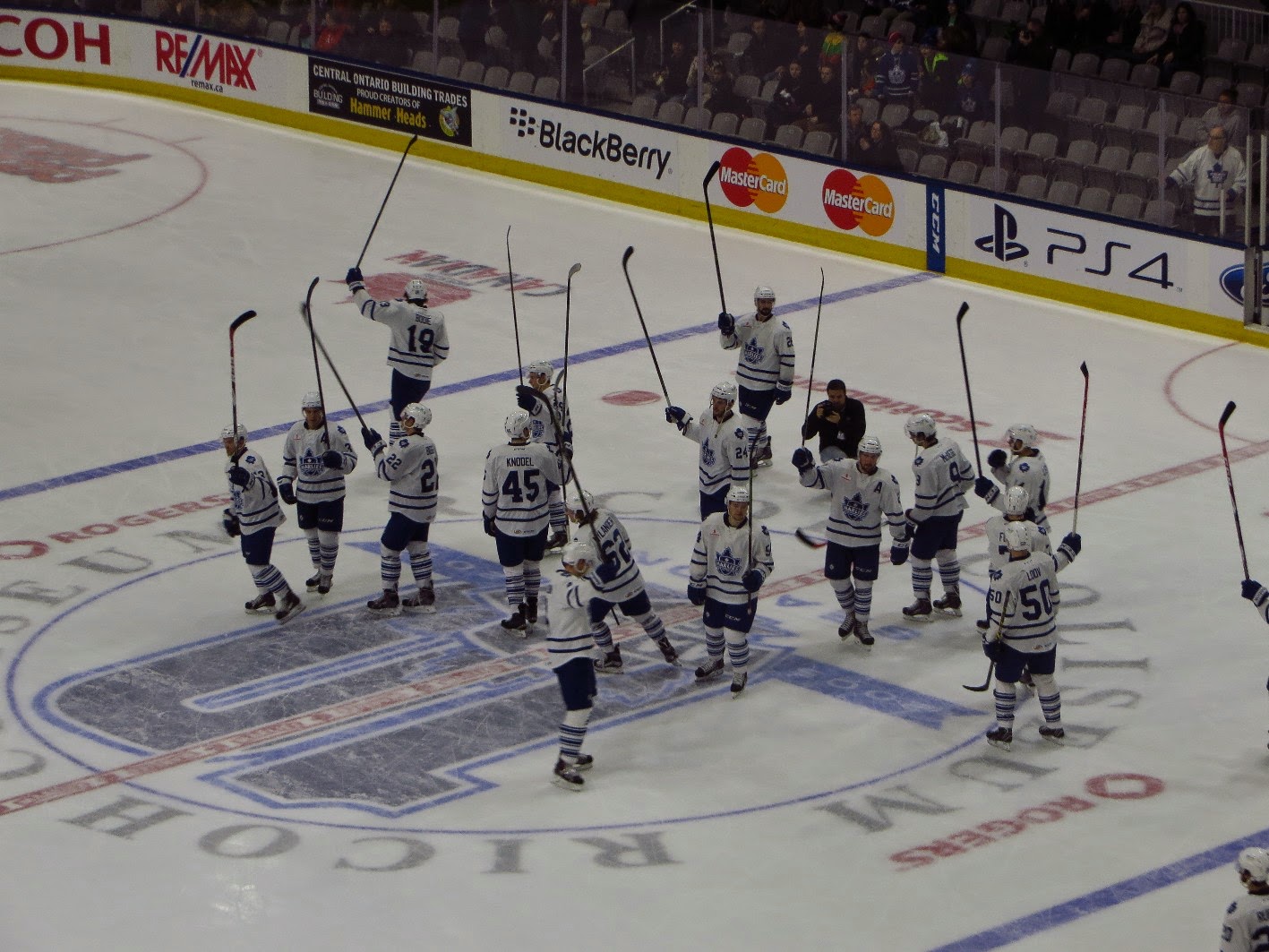 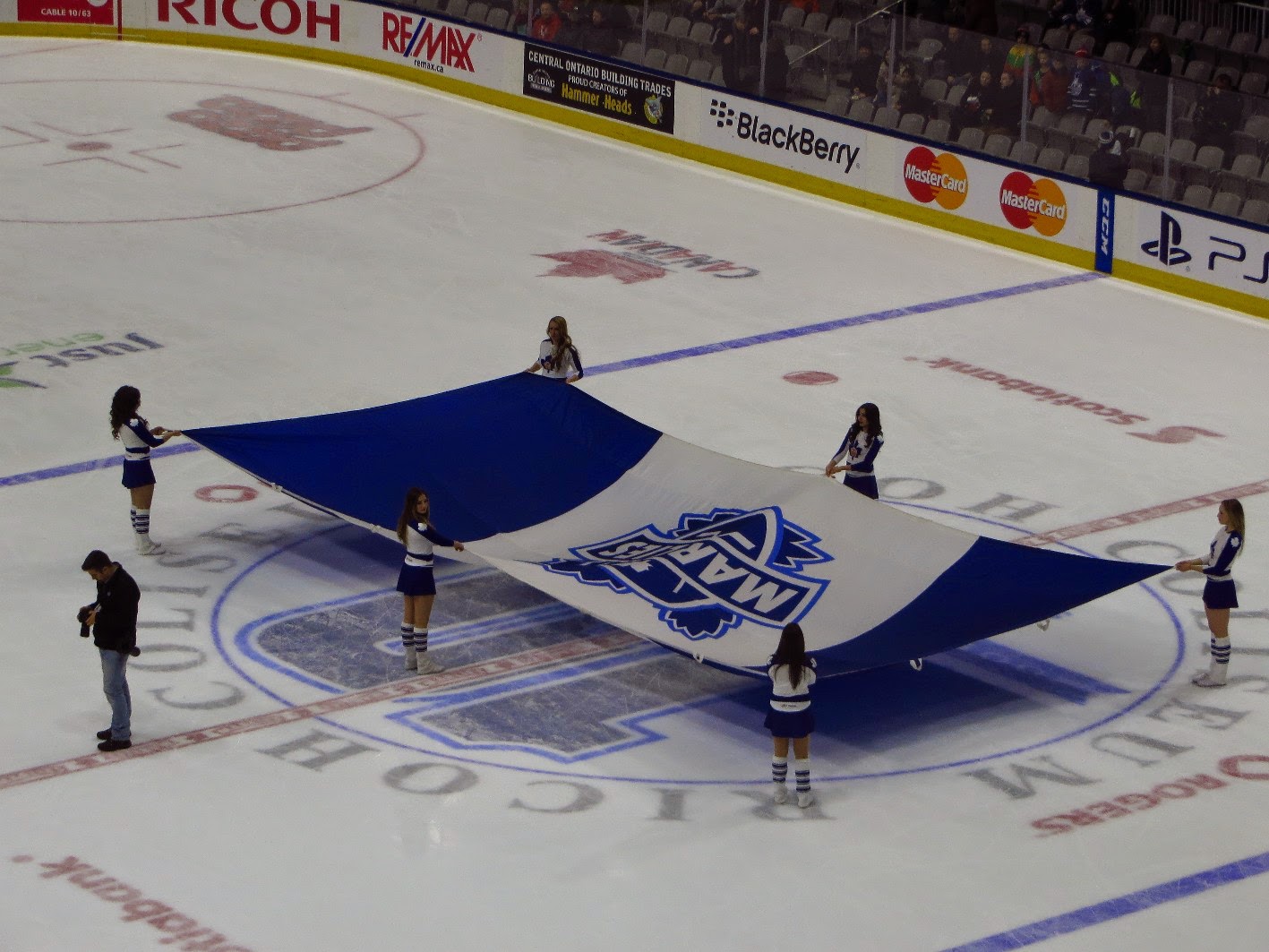 It was a fun afternoon, so much so that we are thinking about getting a box again next season.
Posted by Swordsman at 18:30