Book Review - "Shadows in the Vineyard: The True Story of the Plot to Poison the World's Greatest Wine"

As much as I love beer, I also have a fondness for wine, although usually whites more than reds. Rieslings and Gewurztraminers are my favorites.

I enjoy driving through the Niagara wine region past fields and fields, filled with rows and rows of grapes, dotted with many vineyards to stop in for a tasting and to buy a bottle or two.

That one of the world's greatest vineyard could be threatened for destruction by an extortionist, was a story that I had to read.

In January 2010, Aubert de Villaine, the famed proprietor of the Domaine de la Romanée-Conti, the tiny, storied vineyard that produces the most expensive, exquisite wines in the world, received an anonymous note threatening the destruction of his priceless vines by poison-a crime that in the world of high-end wine is akin to murder-unless he paid a one million euro ransom. Villaine believed it to be a sick joke, but that proved a fatal miscalculation and the crime shocked this fabled region of France. The sinister story that Vanity Fair journalist Maximillian Potter uncovered would lead to a sting operation by some of France's top detectives, the primary suspect's suicide, and a dramatic investigation. This botanical crime threatened to destroy the fiercely traditional culture surrounding the world's greatest wine. 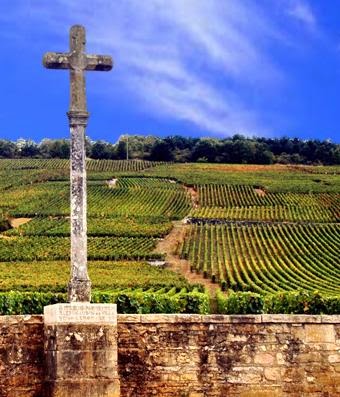 "Shadows in the Vineyard" takes us deep into a captivating world full of fascinating characters, small-town French politics, an unforgettable narrative, and a local culture defined by the twinned veins of excess and vitality and the deep reverent attention to the land that runs through it.

Shadows in the Vineyard is supposed to be the story as described above but really only takes up maybe a quarter of the book. The rest of the book leaps back into the past and the entire history of the Domaine, the history of wine in the Burgundy region and even to the start of the California wine industry and its history.

That's not to say the book is not interesting. Even though not much of the book was dedicated to the actual crime, it is a very well-written and interesting book. Potter has a way with words that can set a vision of the landscape in the readers mind and allow them to know the passion of the characters involved.

One thing that I was disappointment about was I had hoped there would be pictures of some of the characters involved, the region and of the Domaine. It would have really added to the book. The picture above is one that I borrowed from the 'net. Still it is a very well written story.

If you like wine, this is a great book.
Posted by Swordsman at 19:06