My January Beer of the Month Delivery 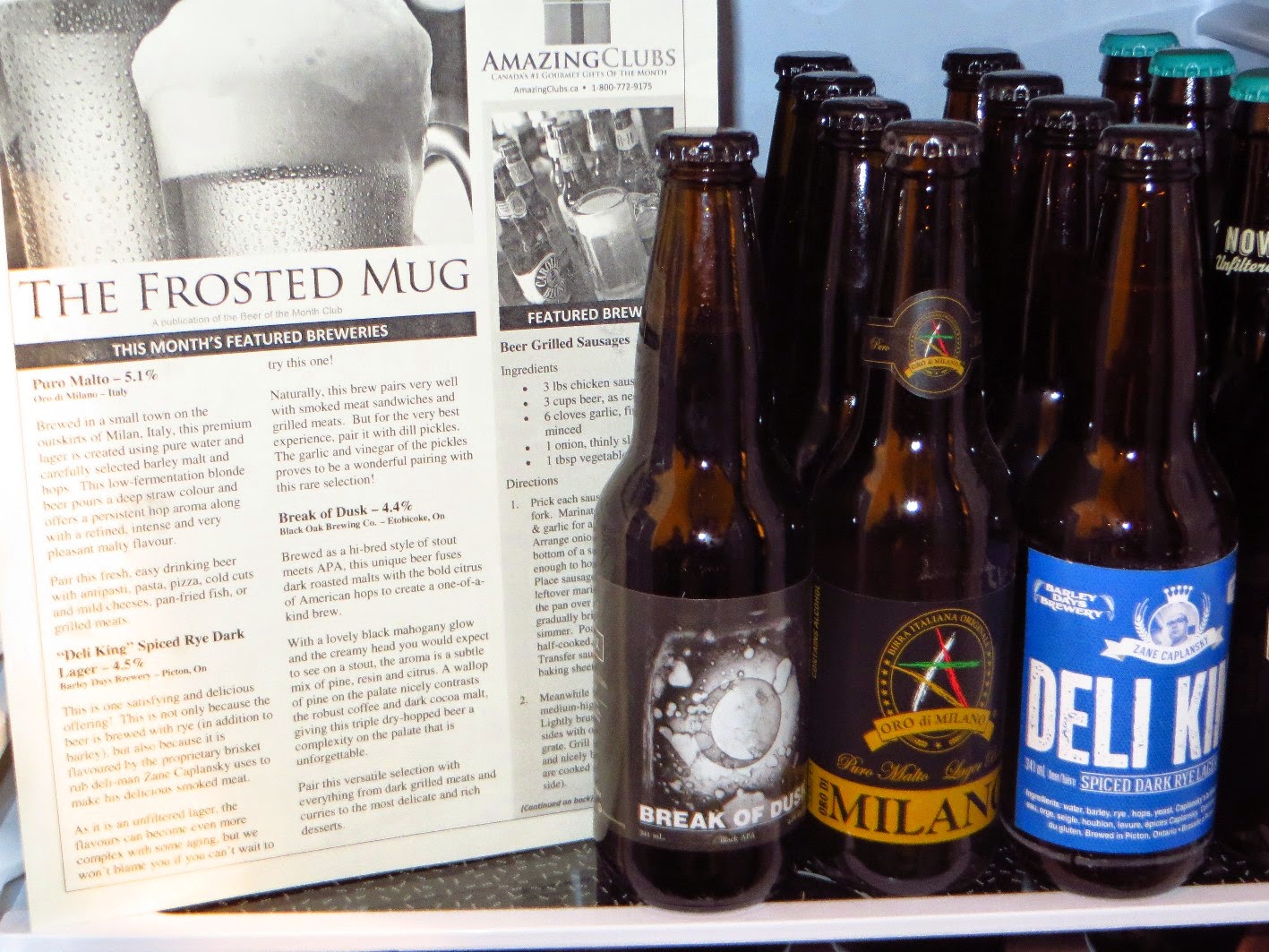 Tonight I went to our post office to pick up my Beer of the Month package for January. They deliver the beer right to your door but nobody was home today. No matter. The box with a dozen beer is now safely at home. Where I have enjoyed all the packages that have been delivered so far, this one has me the most excited!

And what did I receive that has me so excited?

Also in the box is four bottles of a very interesting sounding "Deli King" Spiced Rye Dark Lager from Barley Days Brewery in Picton, Ontario.  I love rye ale so a rye lager should be fun to try and to write about.

Last but not least are four Break of Dusk beers from Black Oak Brewing. I've heard lots of good things about this beer but have been unable to get over to the brewery to get some. Now I have four right here.

I guess you can gather what the next three Beer of the Weeks will be.
Posted by Swordsman at 22:40