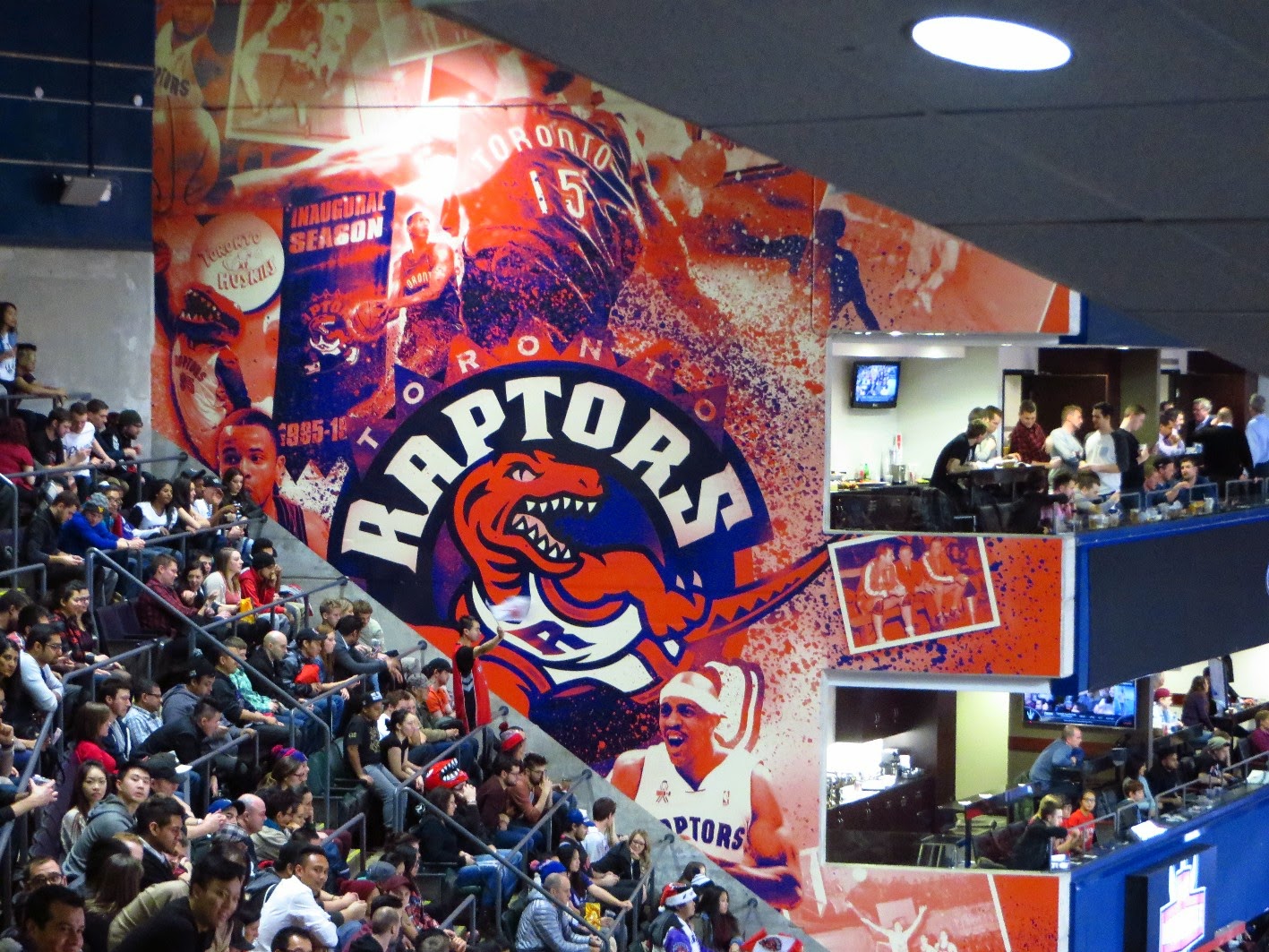 My buddy, Roger, got a couple of tickets for tonight's Toronto Raptors game at the Air Canada Centre. The Raptors came into the game leading the Eastern Conference with a 18-6 record and on a two game winning streak. Hopefully they could make that three. They were taking on the Orlando Magic, who seems to have lost some magic this year having only won 10 out of the 26 games they have played so far.

The place was sold out with 19,800 at the game. Behind the nets, the fans were given balloon noise makers to bang together to distract Magic players during free throws. 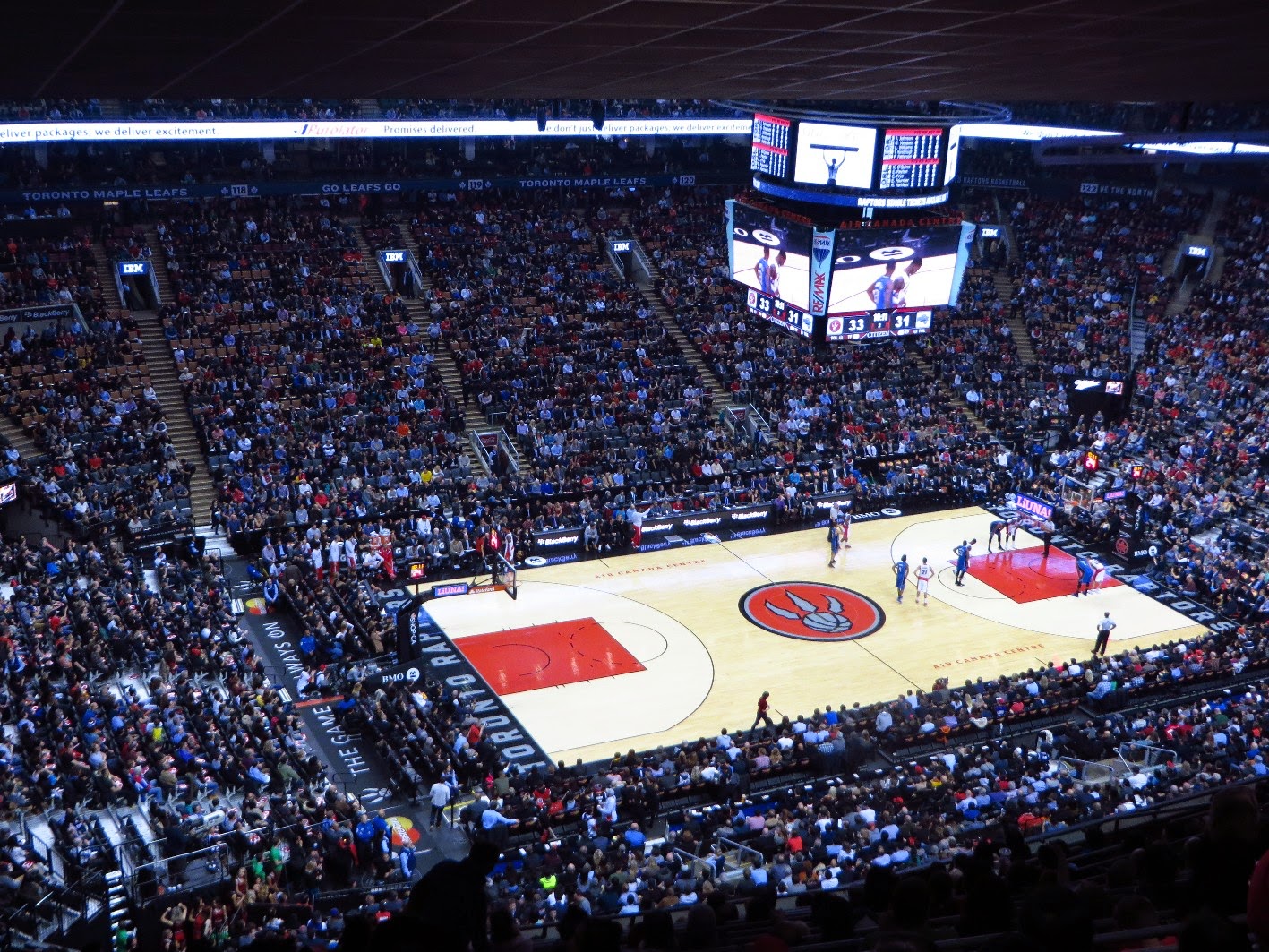 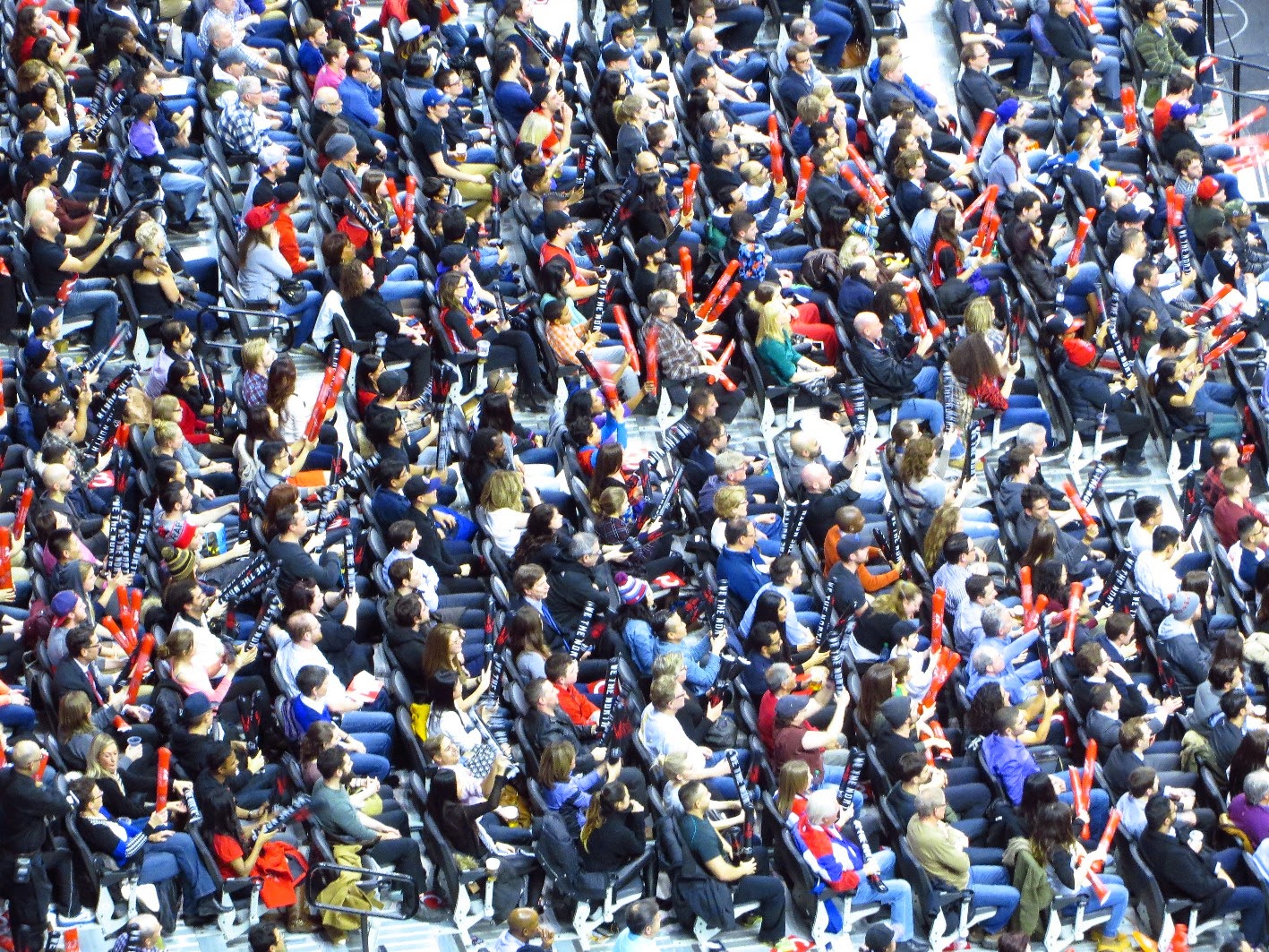 Some action, starting with a hang of the rim slam dunk. 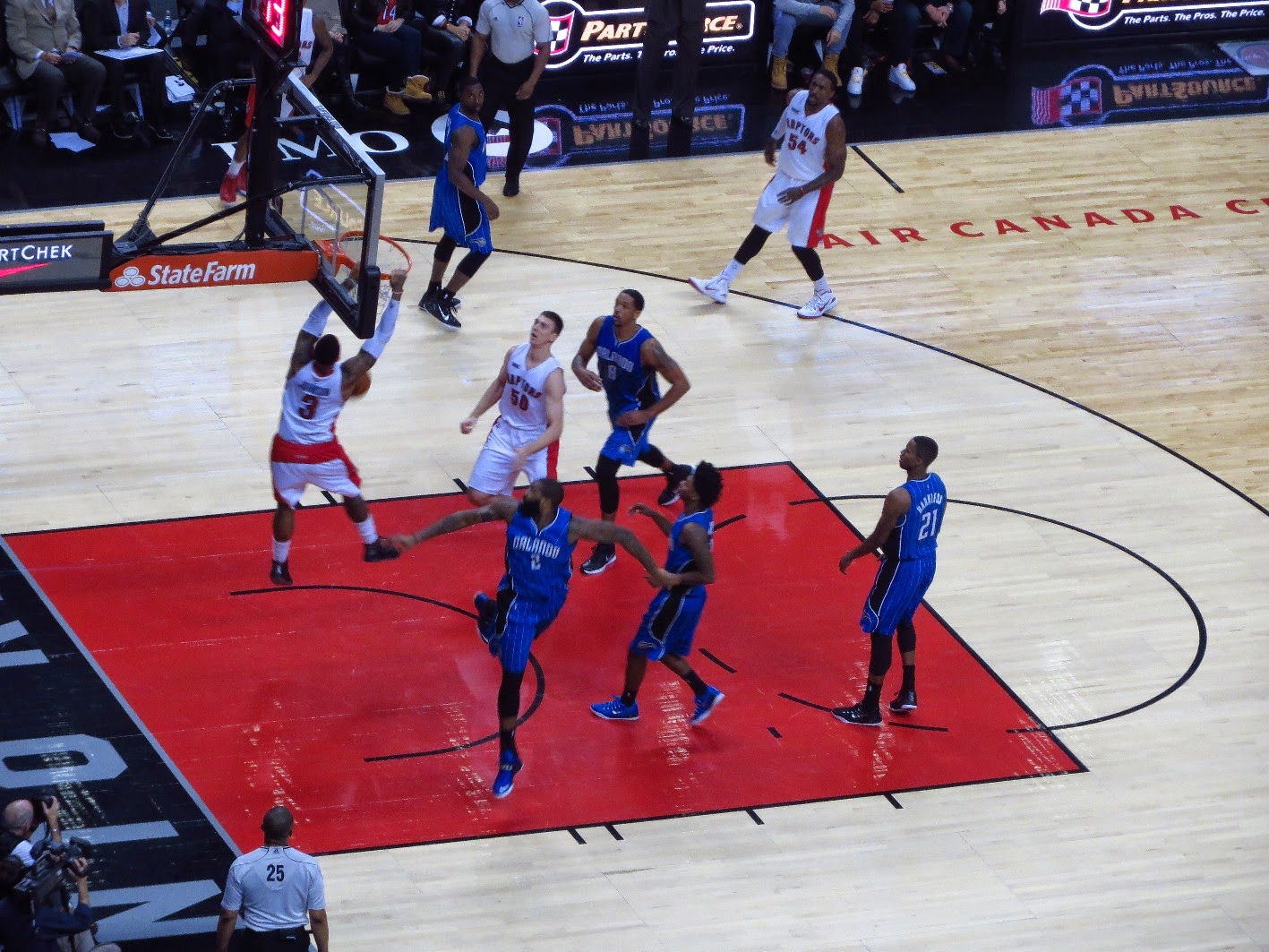 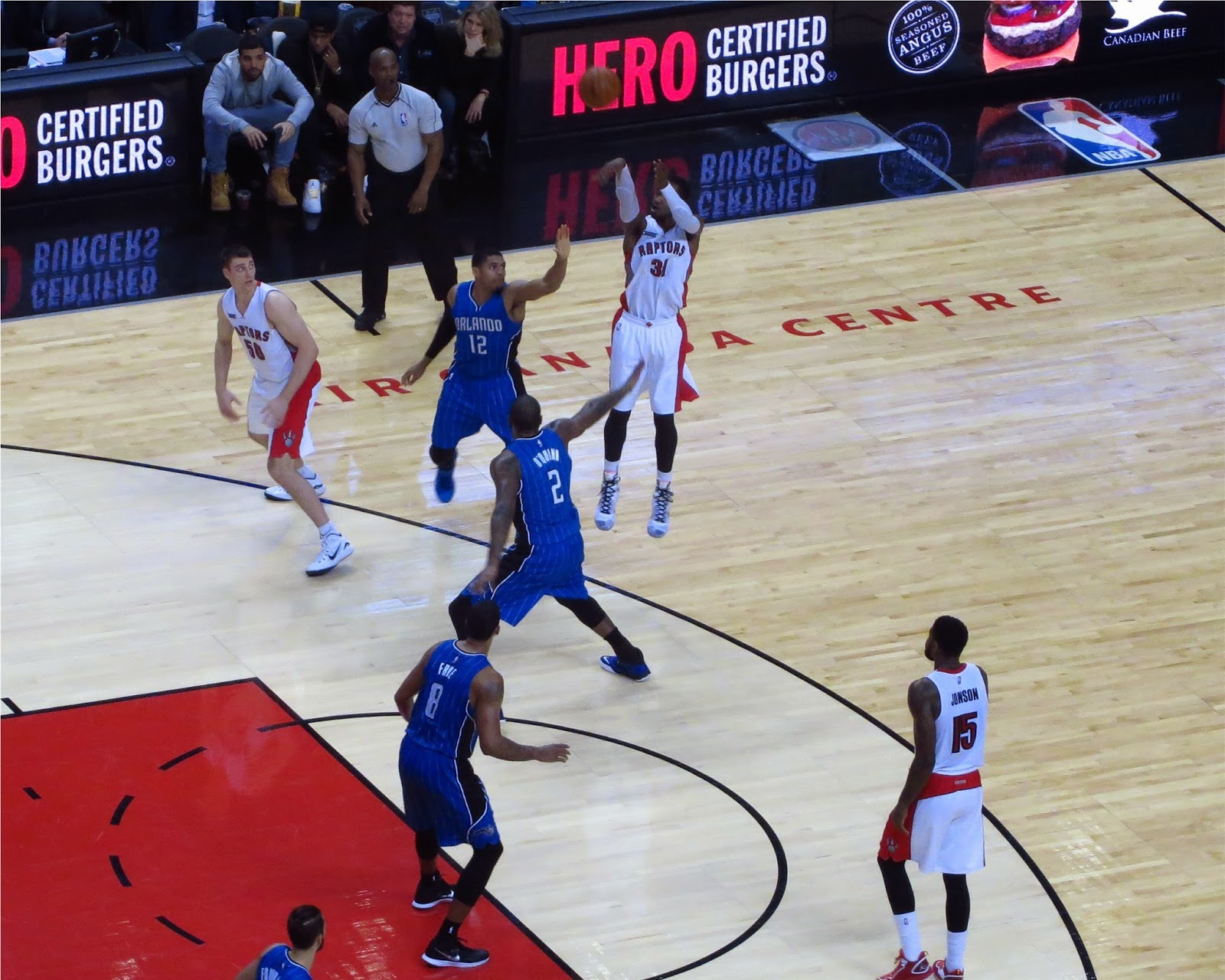 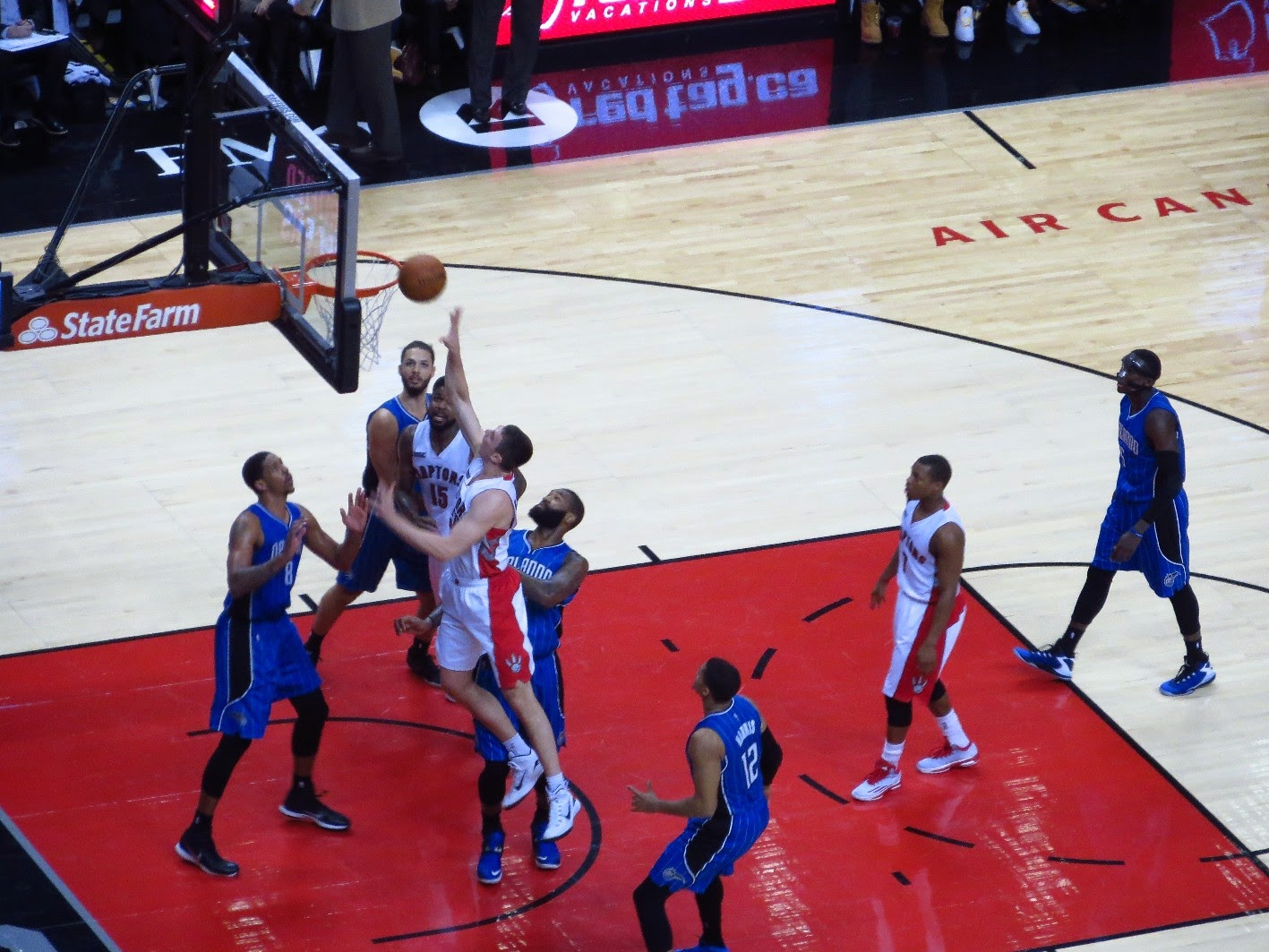 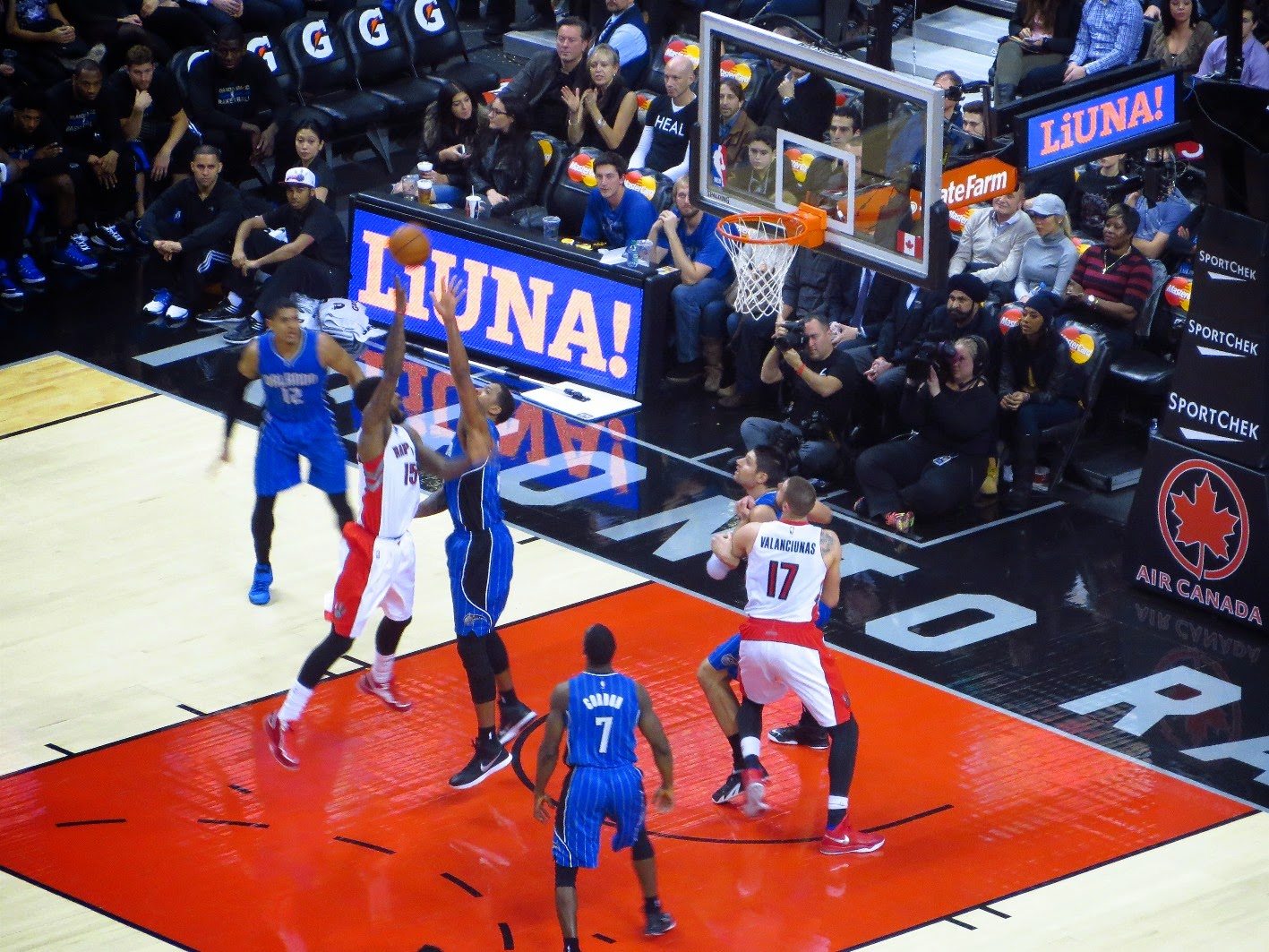 Our buddy from work, Deo, was sitting 14 rows below us. 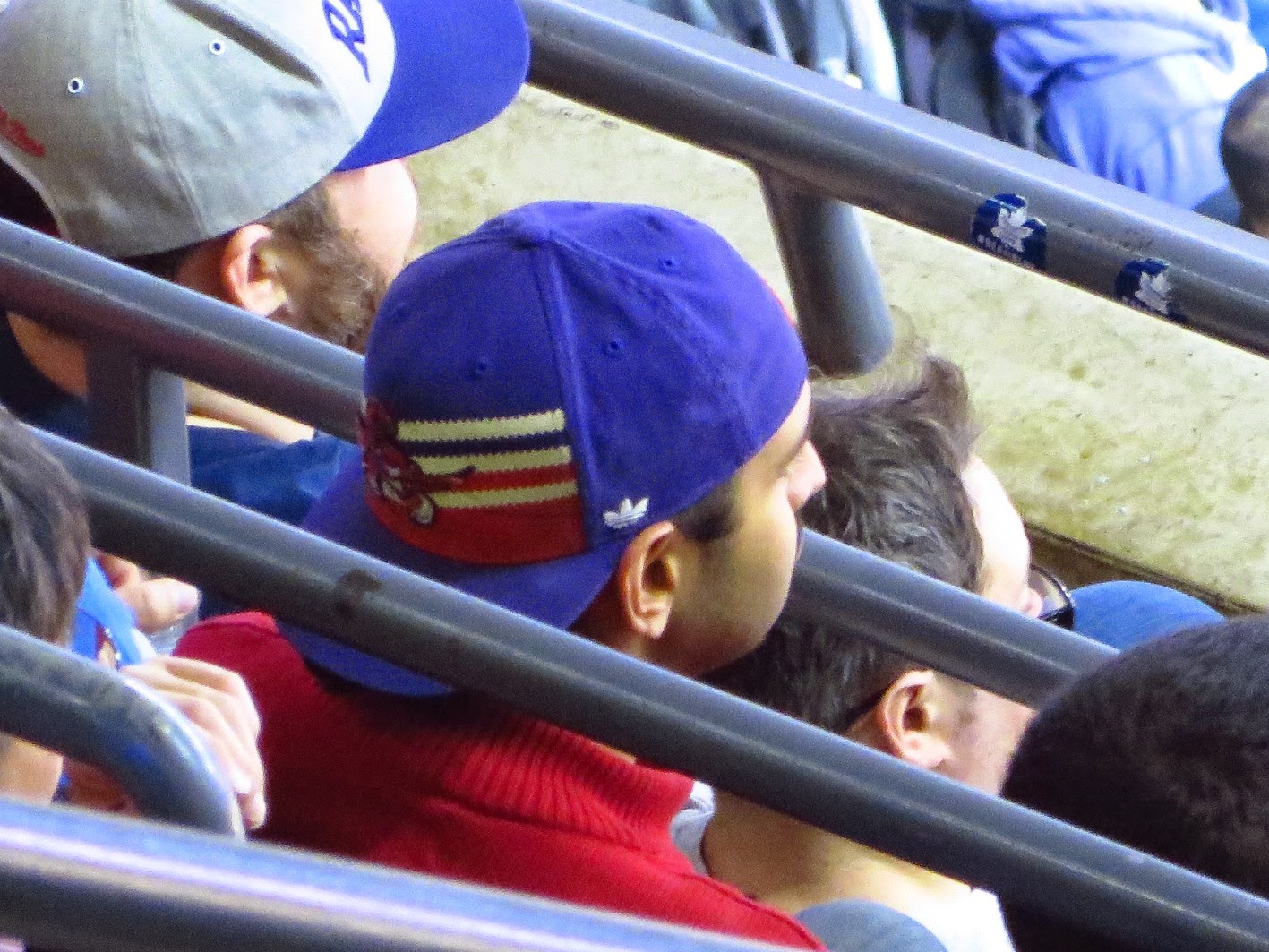 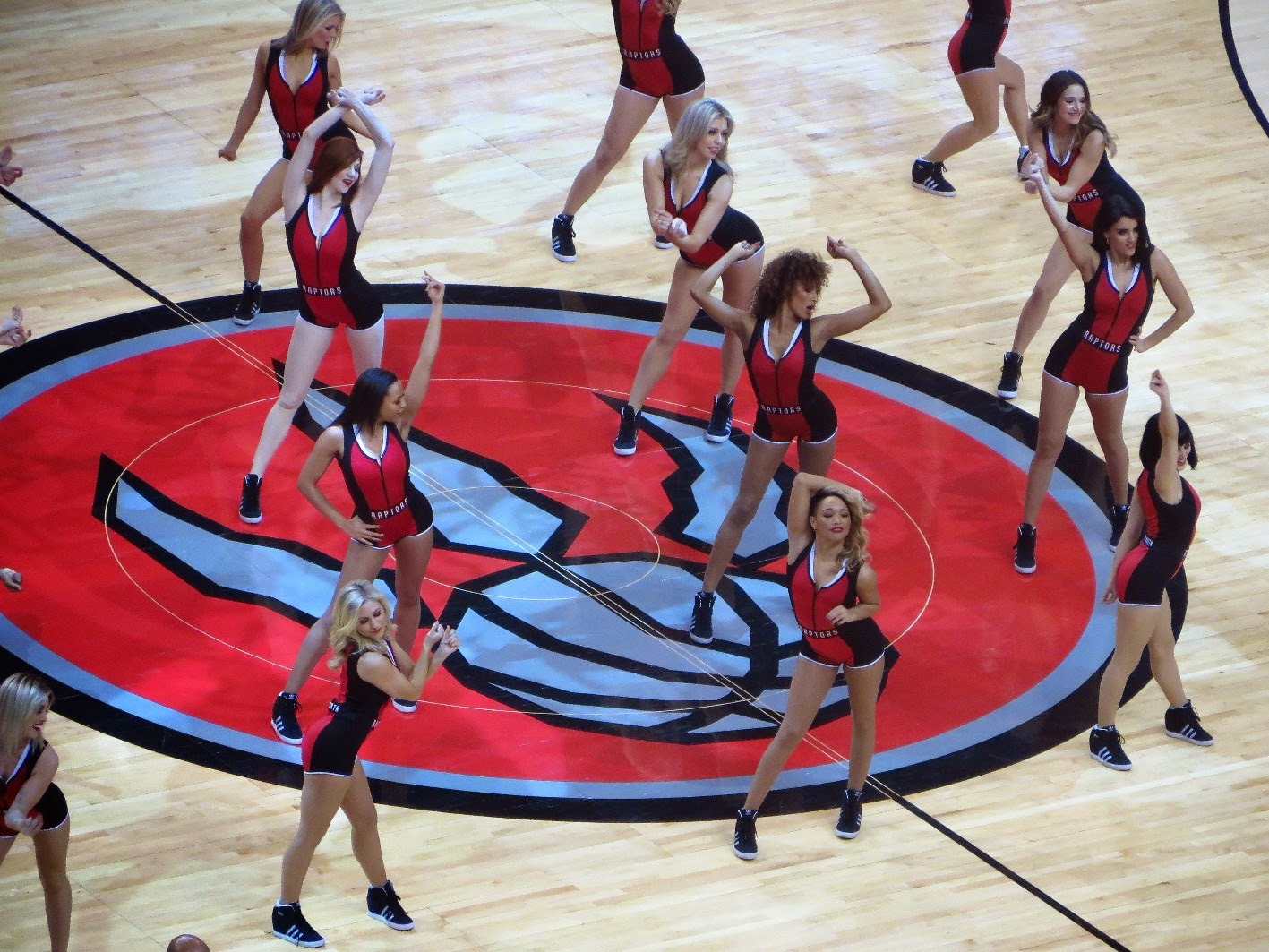 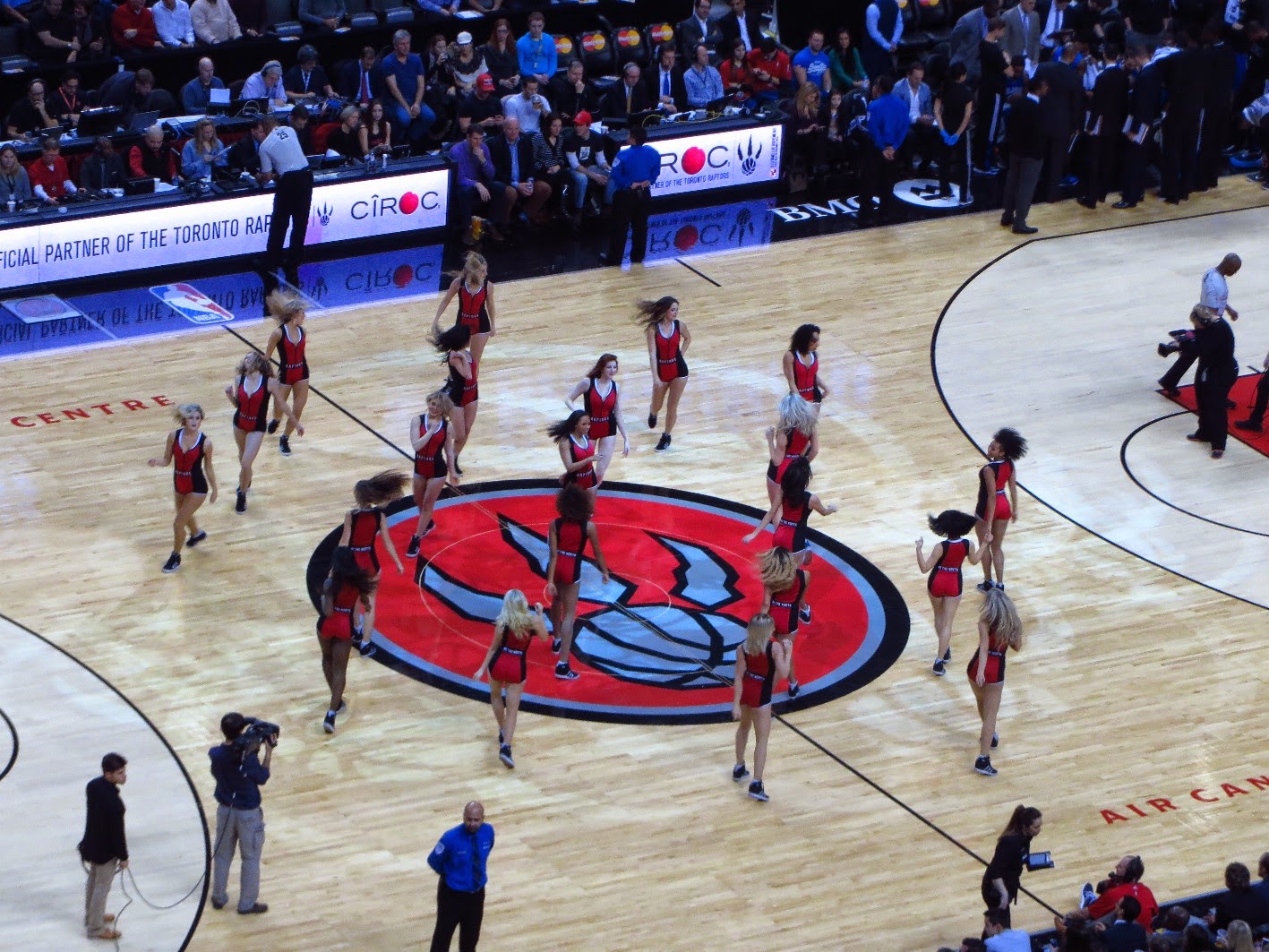 The Raptors led for most of the first half but then went to sleep during the last five minutes of the first half. They couldn't score, rebound and even had the ball stolen from them a few times. It was brutal to watch! At the half, they were down 52 - 44.

In the third quarter, though, they came out storming and turned the game around, doing everything right.

More action with the Raptor cheerleaders watching from the entrance. 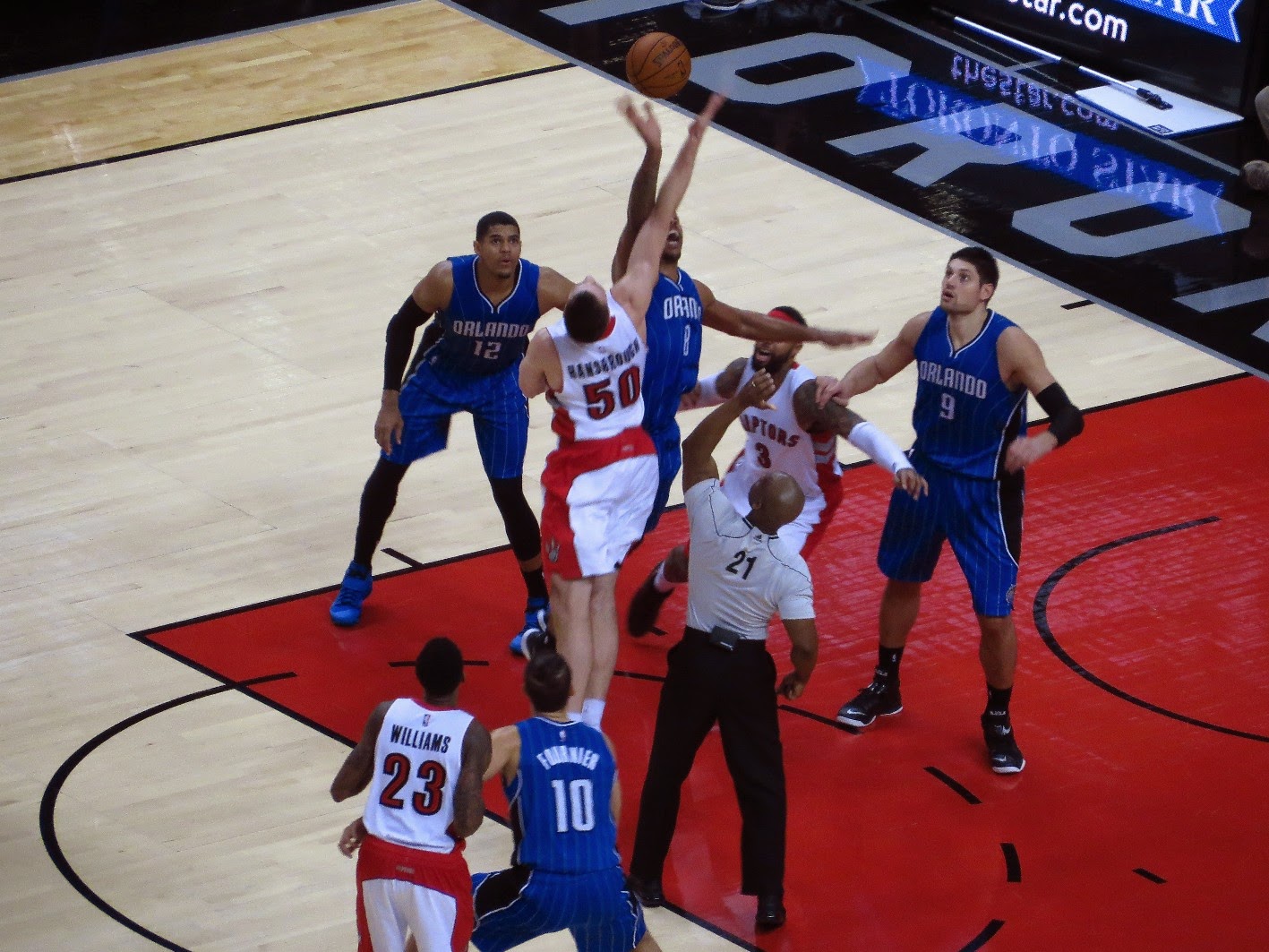 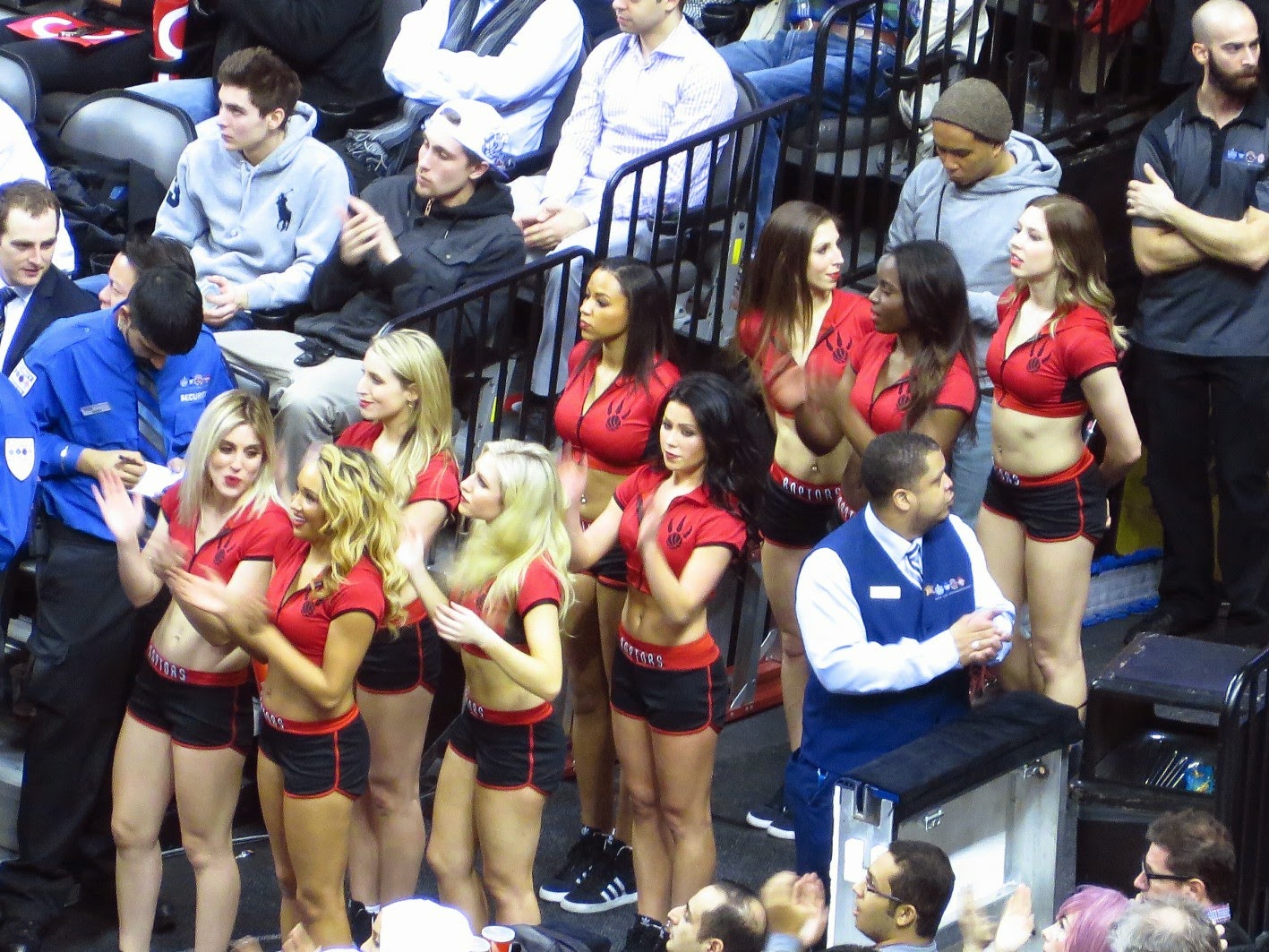 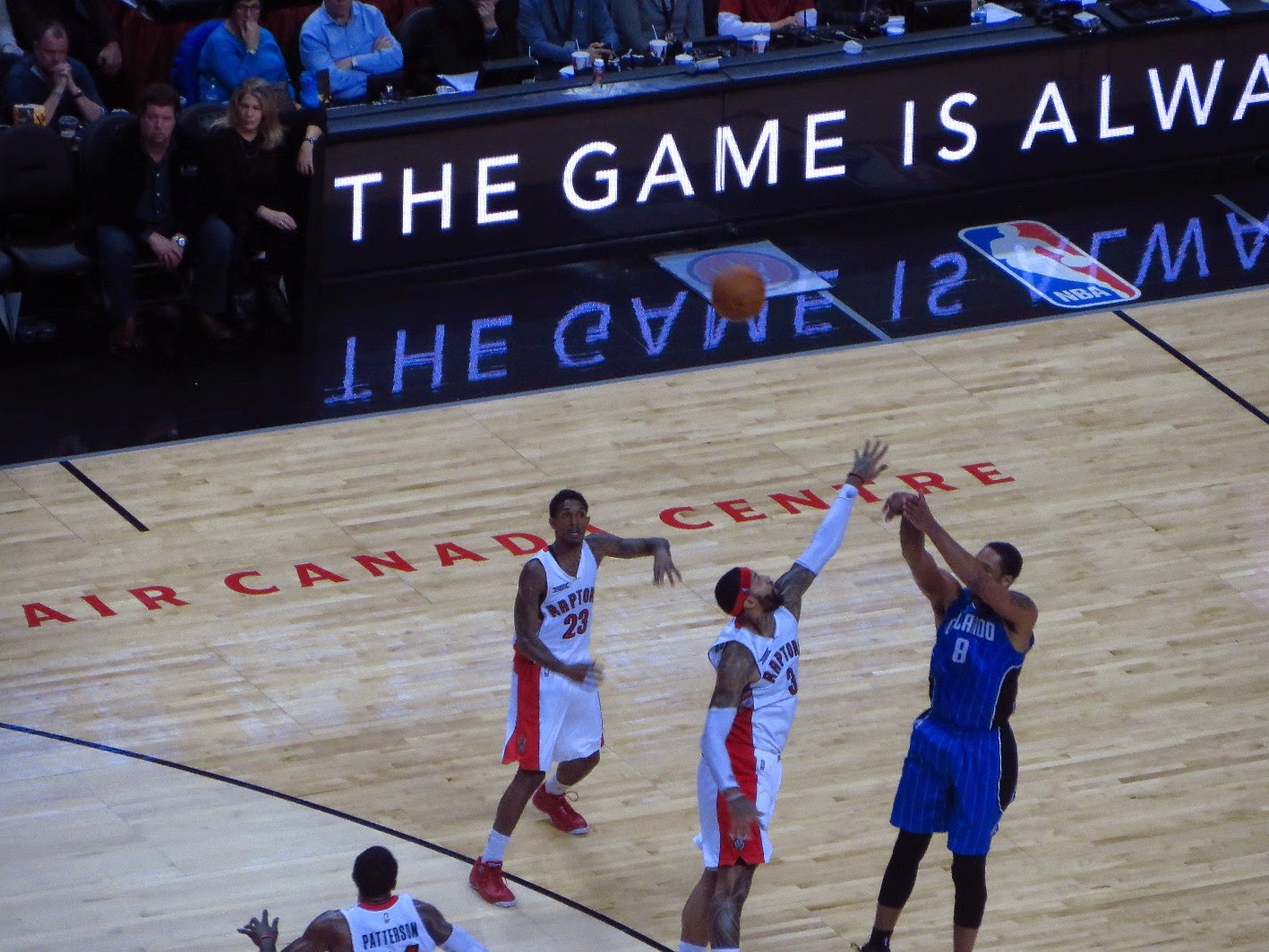 The Raptor mascots challenged each other to a hand stand dual. 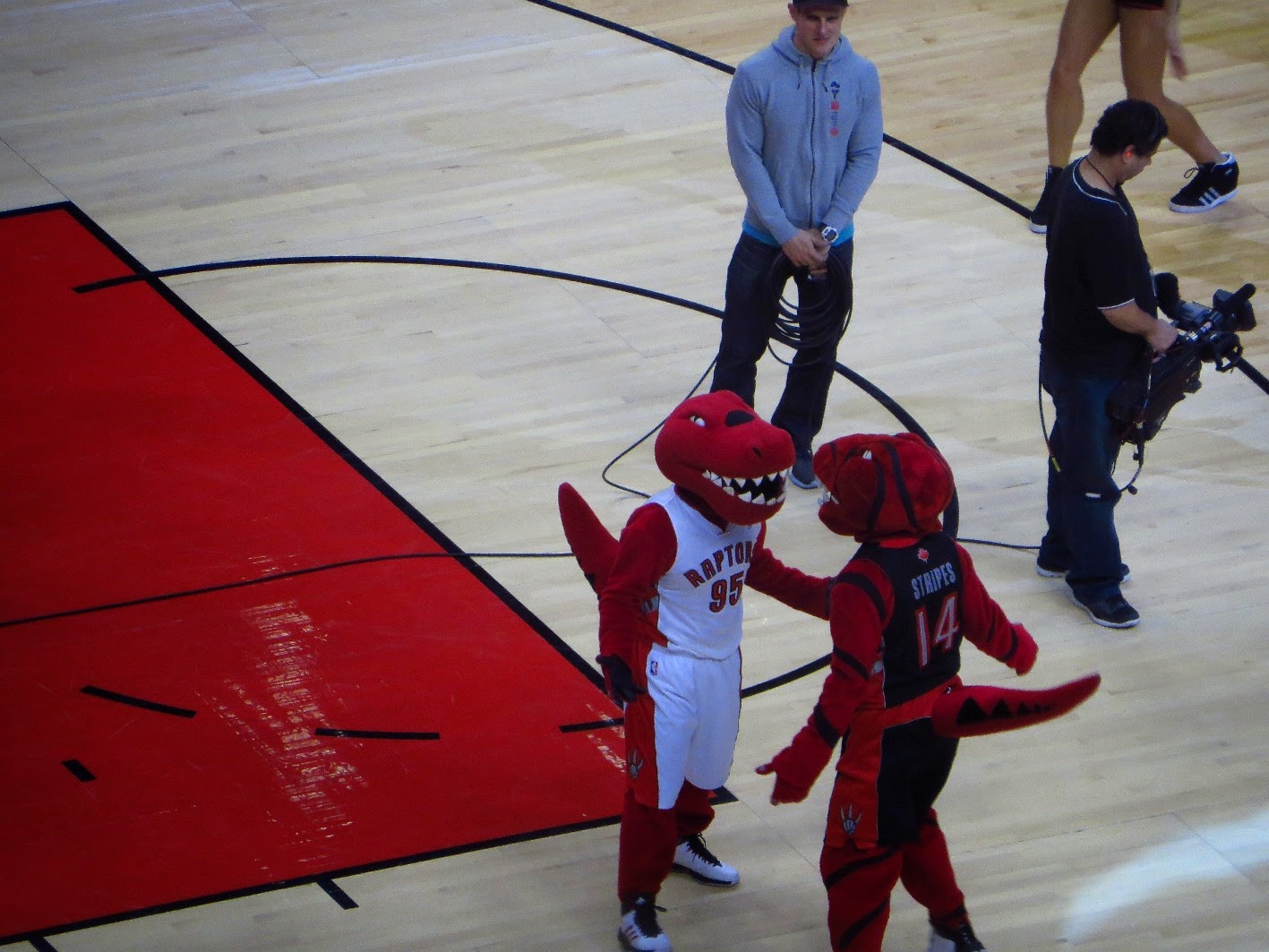 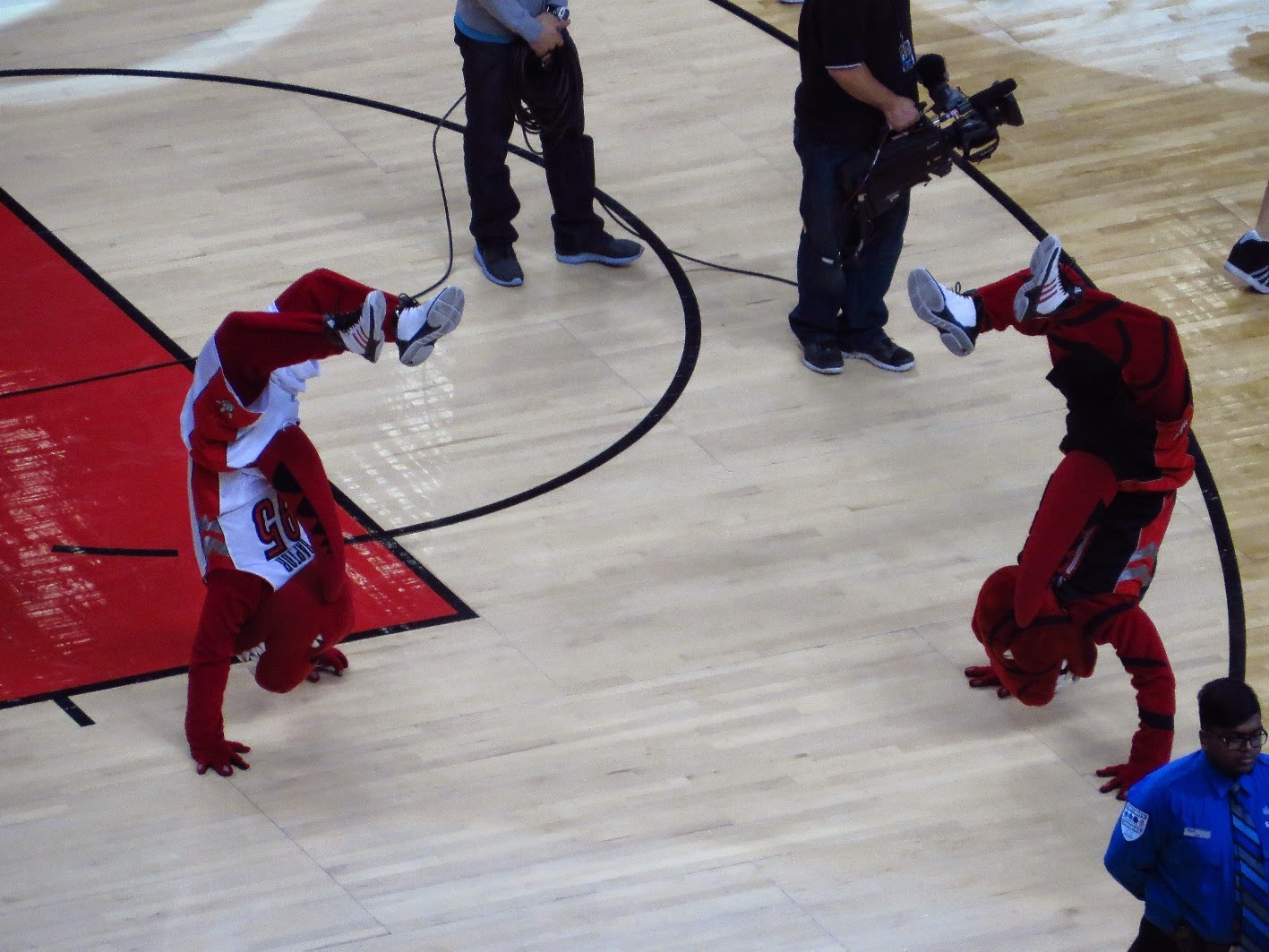 Up in the stands behind the net, there was a DJ spinning tunes all the way through. 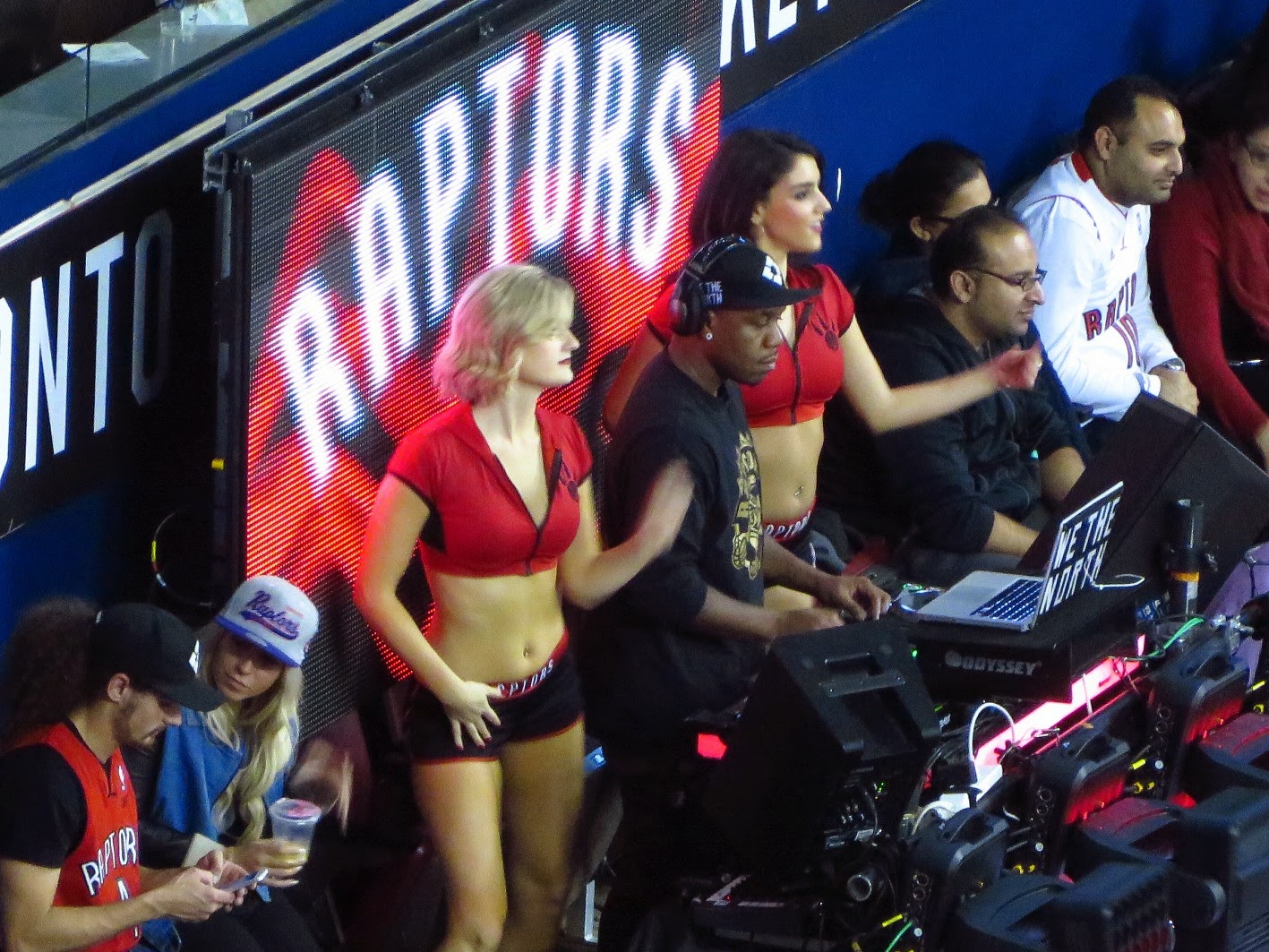 Now this kind of put me off. A few weeks ago, the Toronto Maple leafs won their game but didn't salute the fans, which caused all kinds of controversy. The Toronto Rock lap the playing field and salute the fans every game win or lose. The final buzzer went of tonight while Toronto were in their own end by the exit and the team charged to their dressing room like they were being chased by a gazelle.

Hey Raptors. The fans support you. You could give back a little. 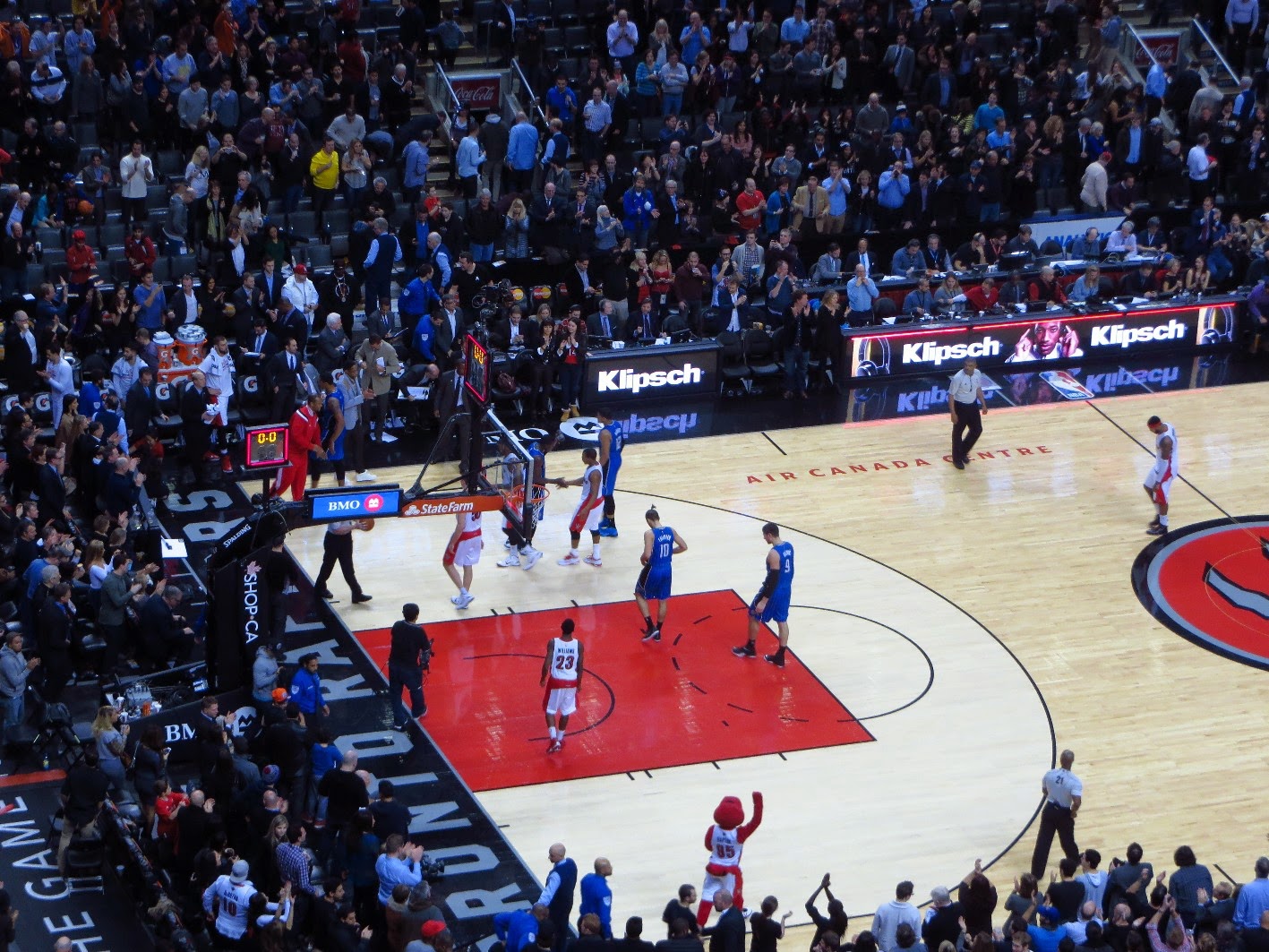 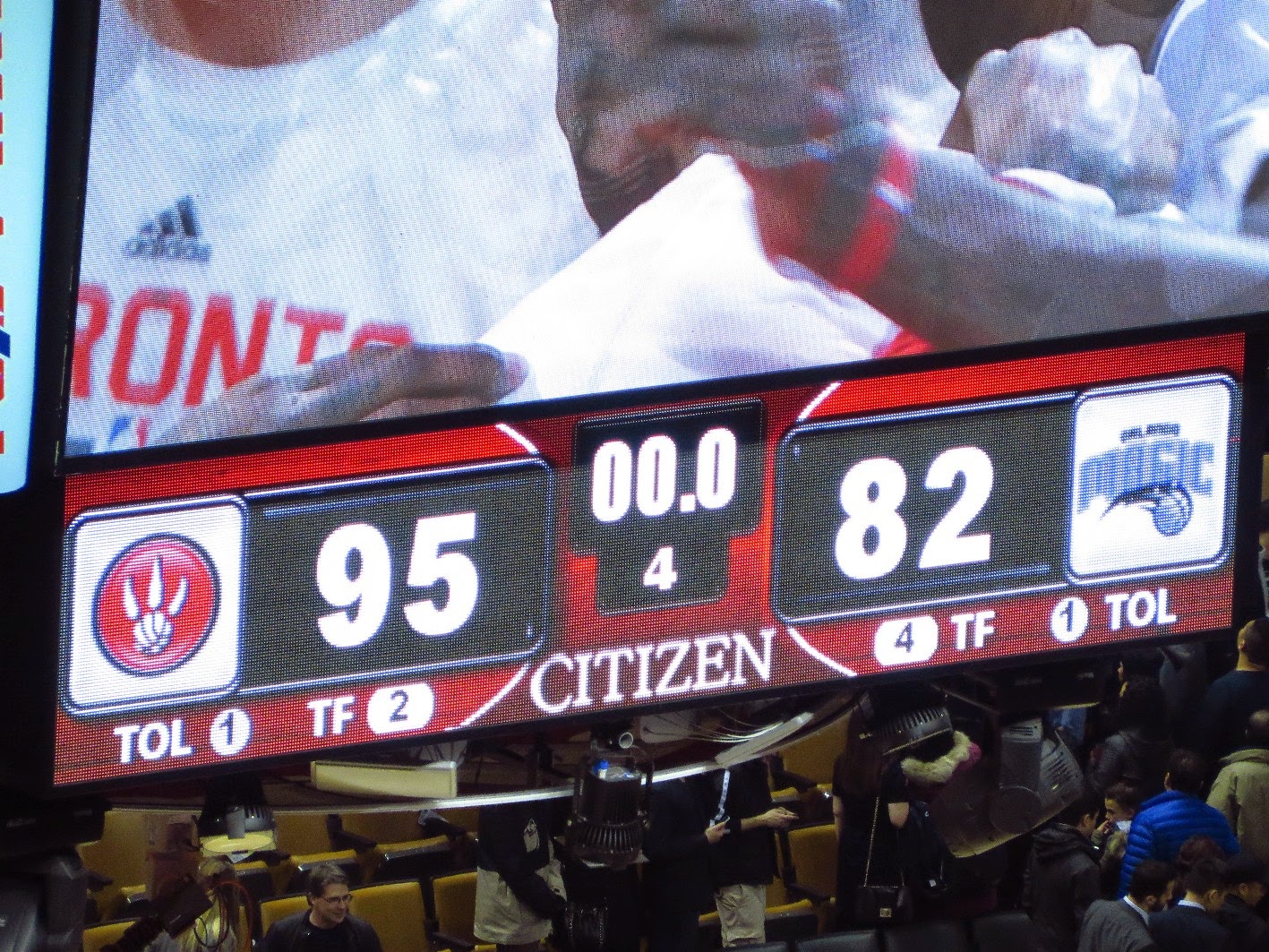 It was a fun night and always more enjoyable when you see a win. Thanks, Roger!
Posted by Swordsman at 23:14