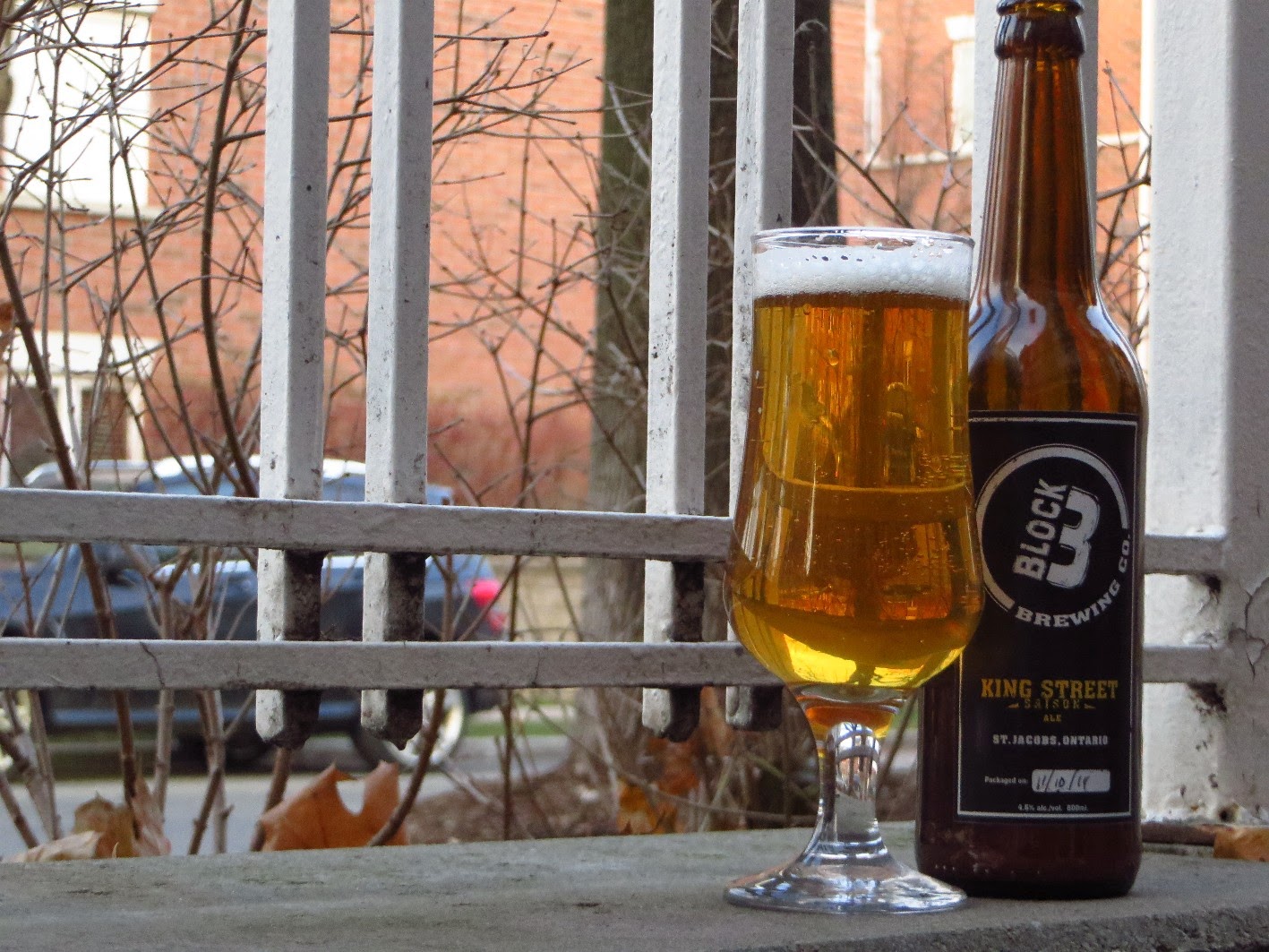 This week Teena was in Elmira, Ontario, on business and stopped into Block Three Brewing in St. Jacobs on the way home to pick me up some beer. As I have never heard of this brewery and they had a saison, I was doubly thrilled when she walked in the door with a box of their beer.

The brewery was opened up by four friends, one of whom was a home brewer. Originally, the four formed a beer club and would meet once a month. One night during a meeting of the club, and after a beer or two, they decided it would be a good idea to start their own brewery. On April 1, 2013, they received the keys to an empty building and were open in time for the Labour Day Weekend.

They opened that weekend with two beers, Sugar Bush Brown, which is made with local maple syrup and King Street Saison. They sold out of the saison the first day.

I thought Block Three Brewing was an unusual name but is one that ties in nicely the areas local history. Block Three was a parcel of land that was granted to the first settlers of the Township. I like it when a company brings ties to their area's past.

One unique thing about the bottle is that every label has the bottling date written on it by hand. That could put a cramp into ones fingers! 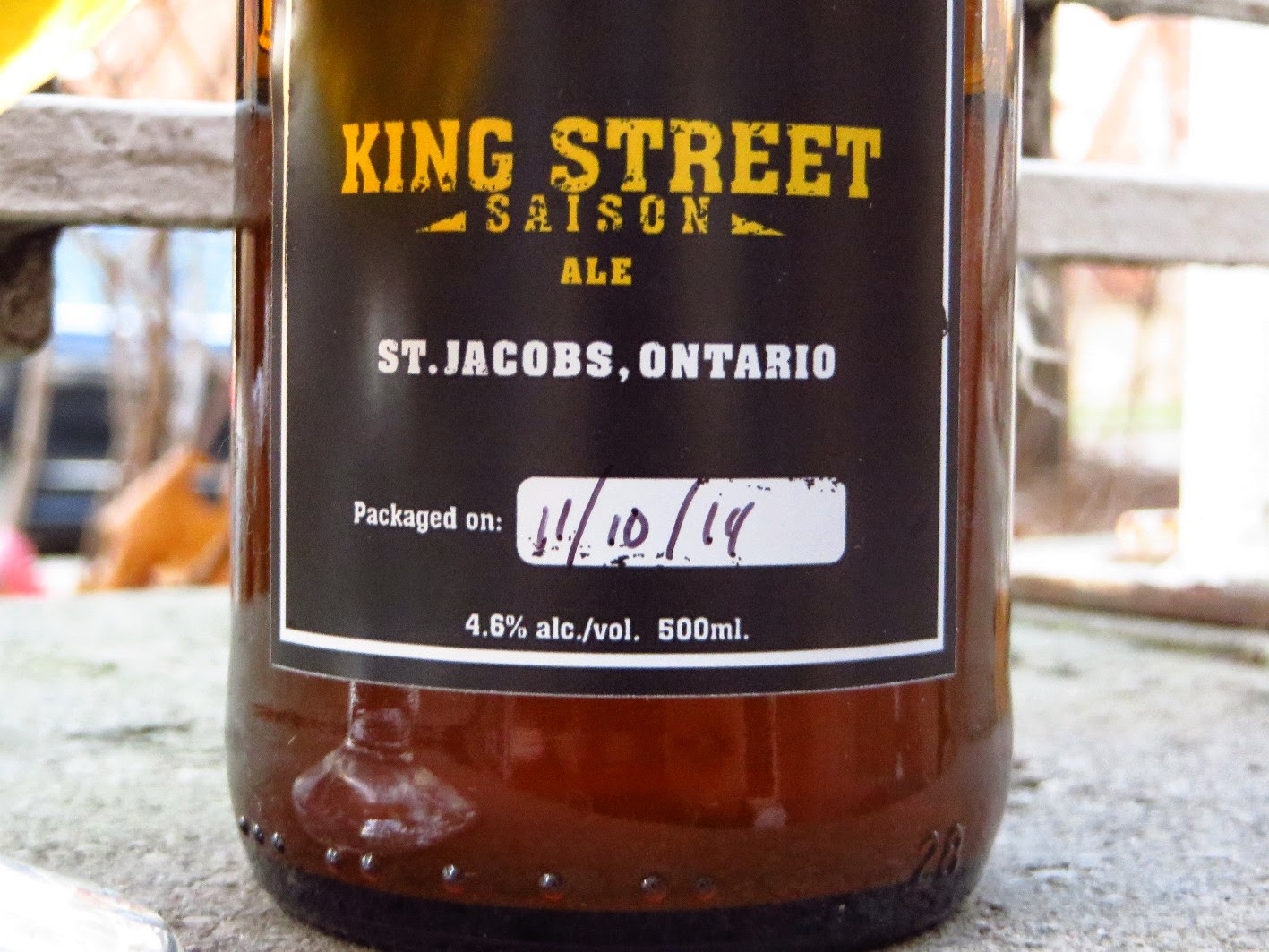 The beer pours a light golden colour, maybe a little more on the yellow side, with a white head. I can sense some spiciness in the aroma. One thing I have always found interesting about saisons is that spice will come through in the flavour and aroma, even if spice is not added. That is the nature of Belgium saison yeast.

Spice does come nicely through when I sip, along with a bit of citrus. There is a little bitterness in the finish. This is a very nice saison. I would have this again if I found it on tap here in Toronto and if Teena or I were ever in the St. Jacobs area again, I would definitely stop in to pick up some more.

Teena took a few minutes to take some pictures of the brewery. The adobe style exterior is quite interesting. 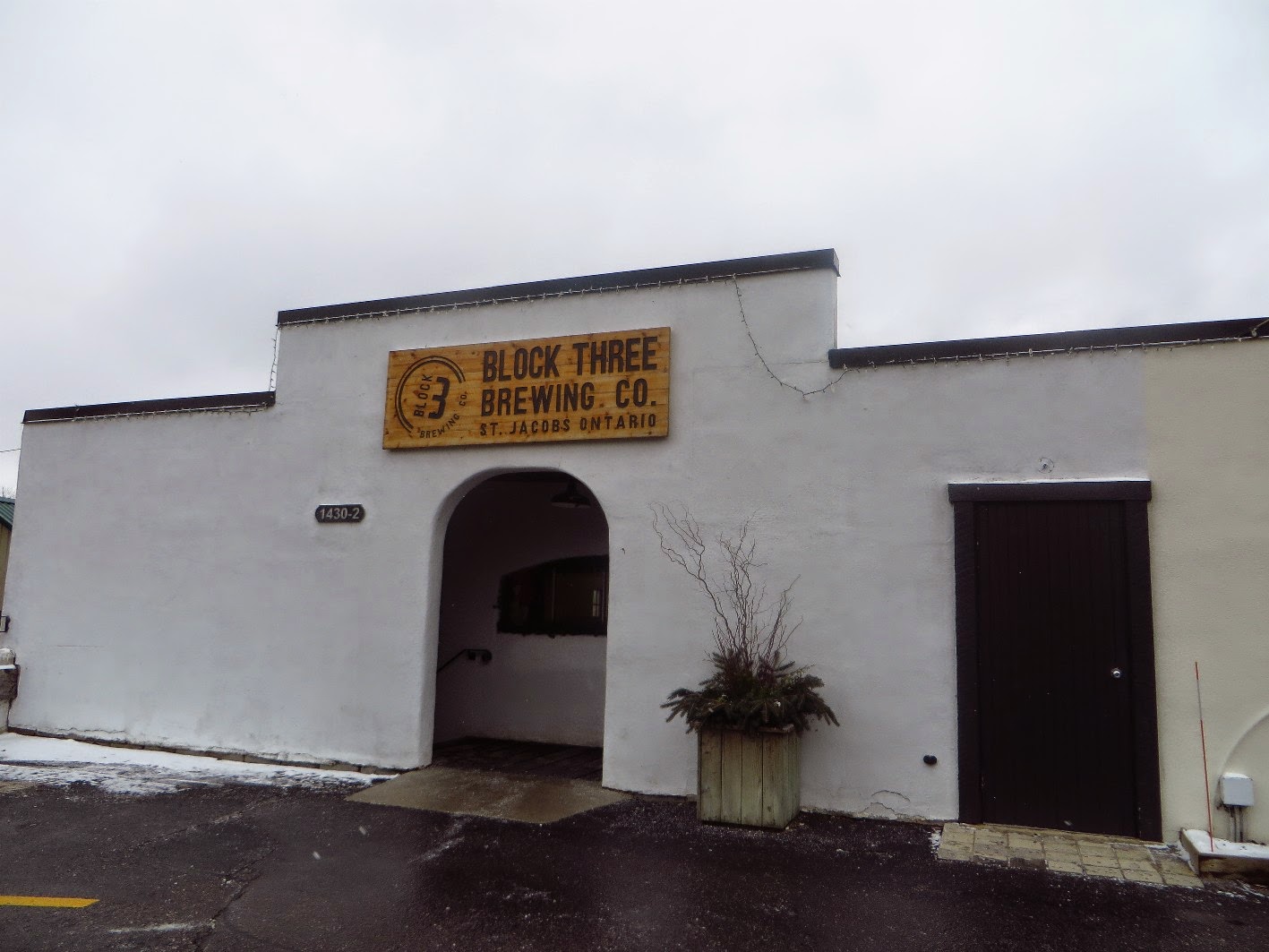 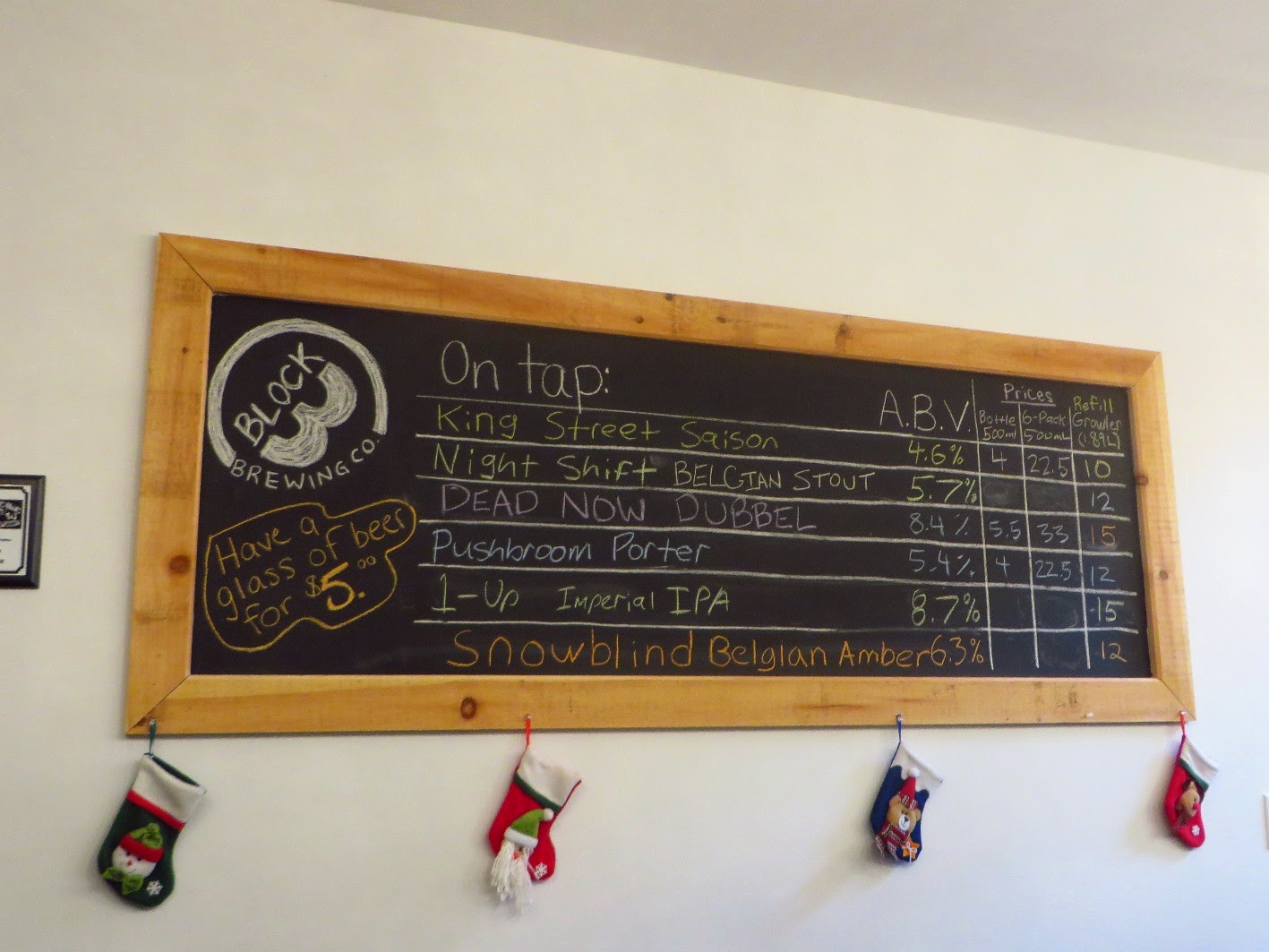 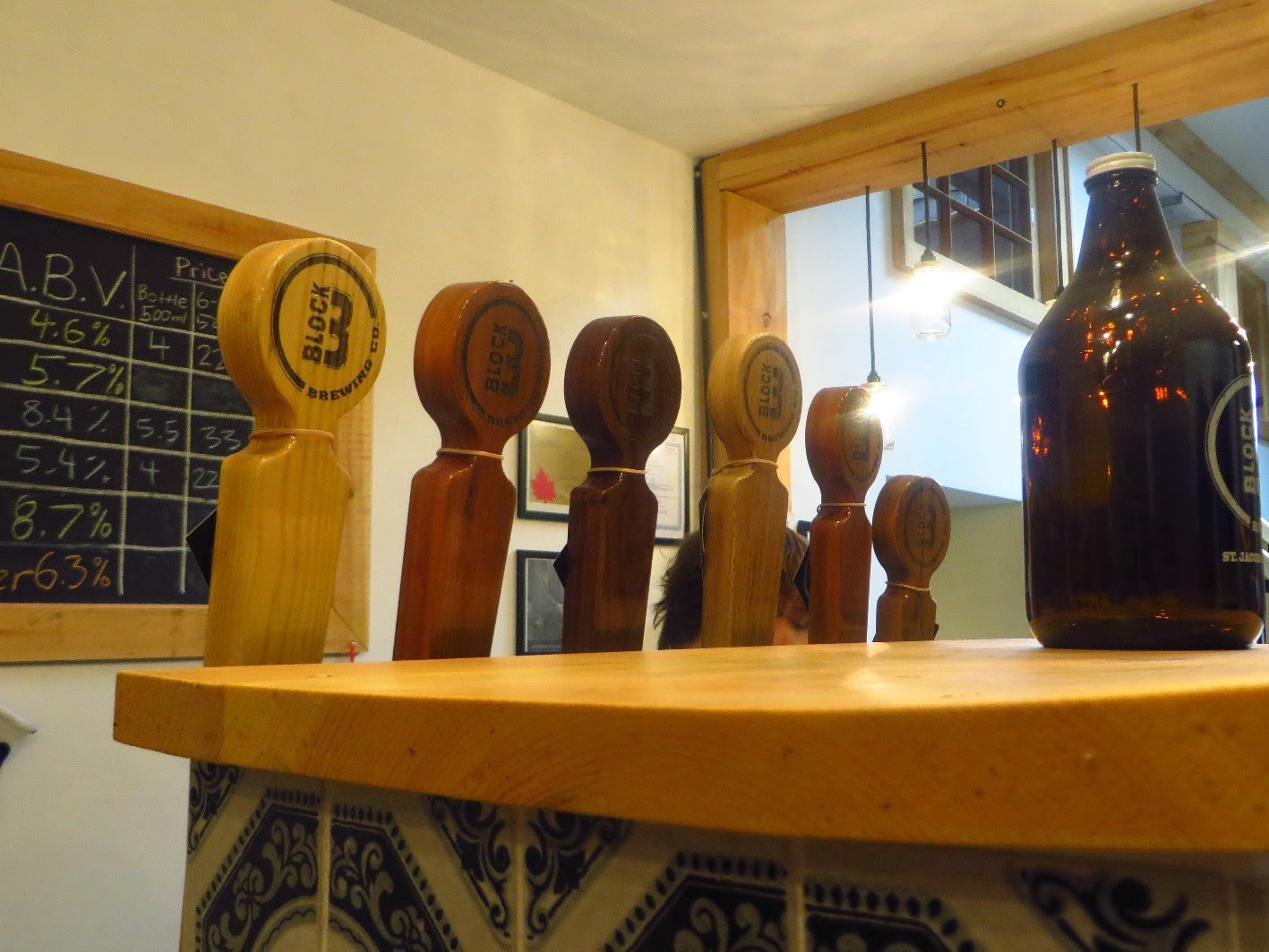 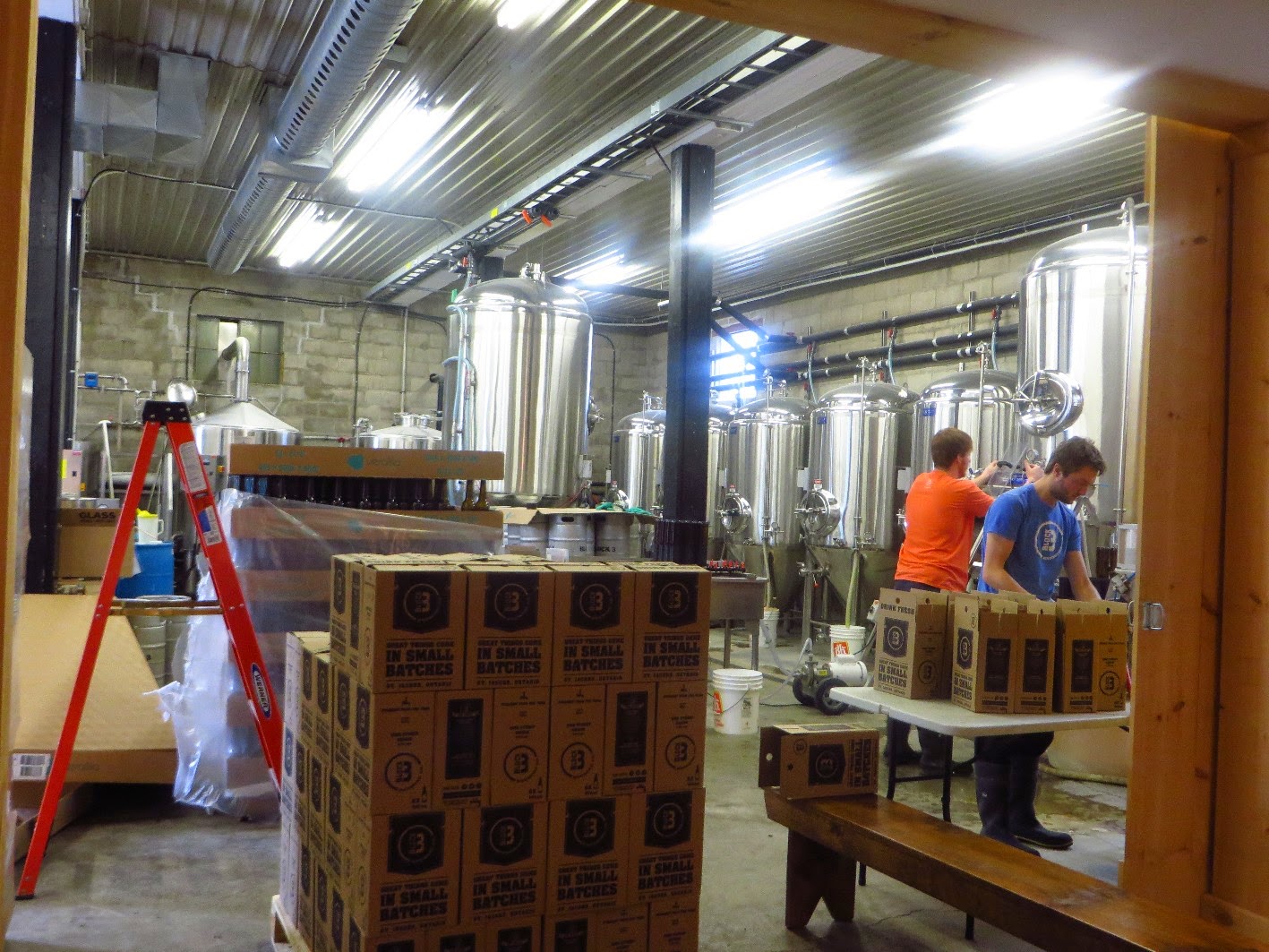