Beer of the Week - The Ales of MacLean's Brewery 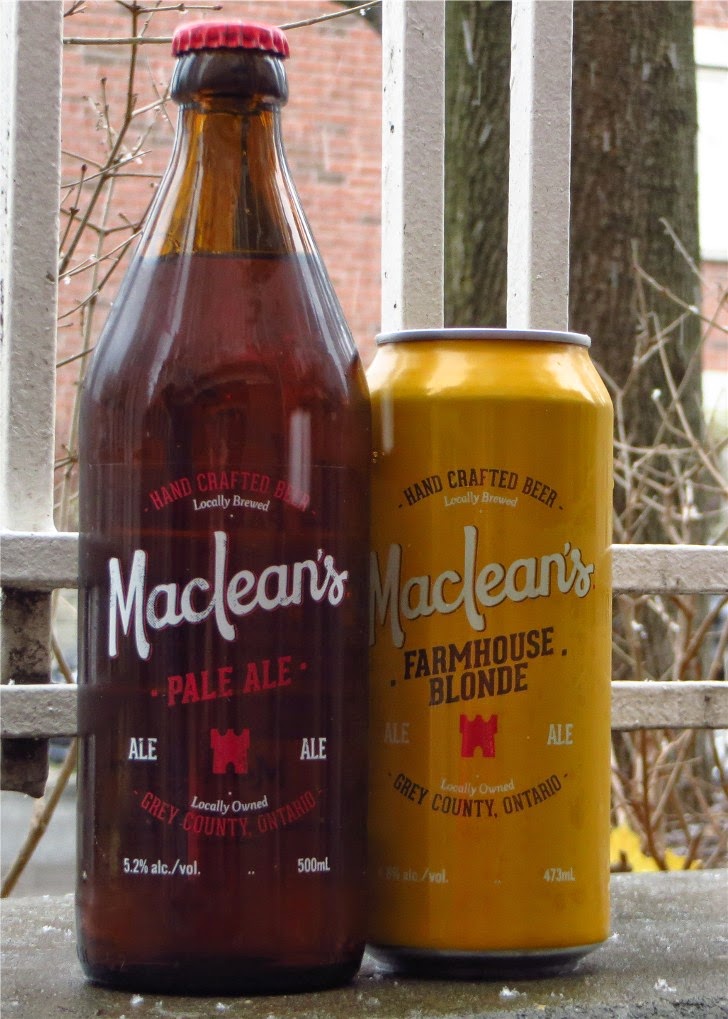 In my last Beer of the Month package, there were four cans of MacLean's Farmhouse Blonde Ale from MacLean's brewery in Hanover, Ontario. This is one of the first Ontario craft breweries and I had not yet written about it and I wondered why. It turns out their signature beer, MacLean's Pale Ale cannot be found in many LCBOs in Toronto. Luckily the one at King and Spadina carries them so I now I can feature two of their beers this week.

I thought that this week I would let the brewery's website speak about the companies history:

A thirst for great beer has always been what has driven Charles. Well that, and his love for riding motorcycles. These two passions met in 1978 when Charles moved to London so he could ride through the scenic English countryside. Of course gas wasn’t free, so he took a job tending bar at a local pub. It was here that he developed a profound admiration for English ales that would remain with him upon his eventual return to Canada. Once home, Charles began brewing his own ales in tribute to his time spent in England. His passion flourished, and in 1993 he became the first independent craft brewer in Ontario. As other small breweries came and went over the years, Charles continued to follow heart and taste buds. This eventually led to what has become his signature ale, the very same one that today bears his name. 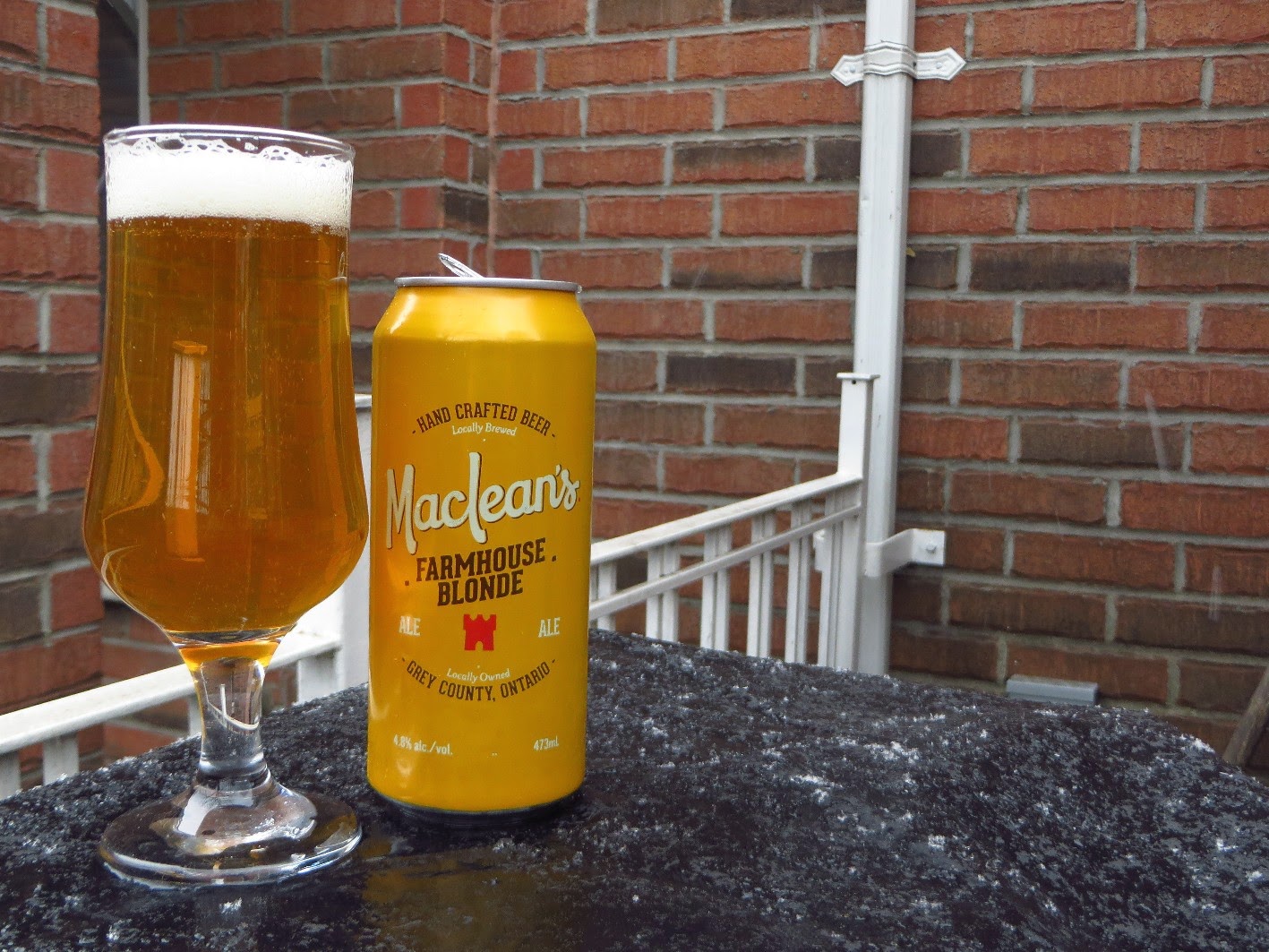 This beer poured a golden colour with a white head, which took its time in disappearing. There was a graininess in the aroma, perhaps grass too. I was surprised in my first sip at the nice bit of bitterness this beer has. Most blondes I have tried have been rather on the sweet side but not this. This ale tastes more like a lager but with a fuller mouth feel.

I'm glad that I received four of these. They won't last. 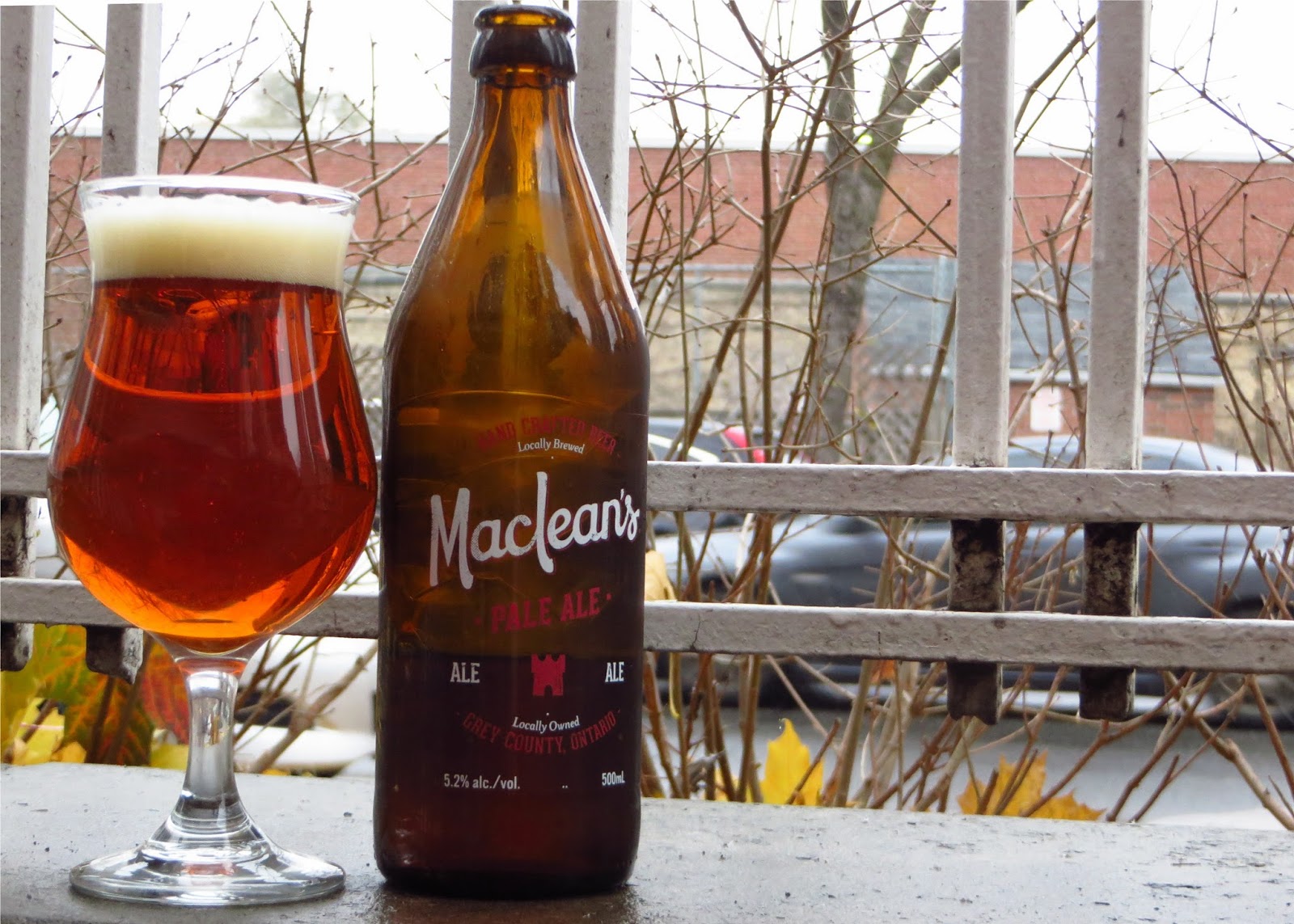 I am looking forward to this one as I really enjoy English Ales.

The beer poured a deep amber colour with a white head. I cannot detect any aroma but that might be because Teena has a beautiful chicken roasting in the over. The sides of my glass are covered in lacings after sipping.

This is a very nicely done British bitter. Very flavorful! The beer actually starts off with very little flavour but then the hops start to arrive. The hops aren't citrusy or piney, just what I always describe as an English style bitterness. I found out that Maclean's uses English Fuggles and Goldings hops in this ale. Goldings are used regularly in British bitters and apparently Fuggles have a wood and fruit tone to them.

All I know is that whatever is used in this ale, makes it one fabulous beer to drink. I just bought two the other day to try. I will definitely be buying more!