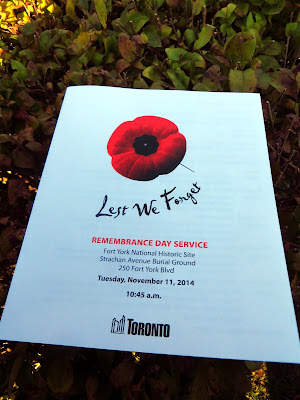 Today is Remembrance Day and I went over to the Military Cemetery at Fort York for today's ceremonies.

Fort York National Historic Site and the Toronto Municipal Chapter IODE (Imperial Order Daughters of the Empire) are proud to present one of this City's most evocative Remembrance Day Services at the Strachan Avenue Military Cemetery on Garrison Common. Commencing at 10:45 am from the west gate of Fort York, a processional led by period uniformed military staff and standard bearers of the IODE will make its way to the adjacent Strachan Avenue Military Cemetery, where the public will be gathered. There, at the eleventh hour, all soldiers of the Toronto Garrison who fell in the War of 1812, the Rebellion Crises, the Crimean War, Northwest Rebellion, South African (Boer) War, the two World Wars, and recent conflicts around the globe will be remembered and honoured.

There was a good size crowd attending. I would say well over 500. Rogers Cable had cameras there to film the proceedings. 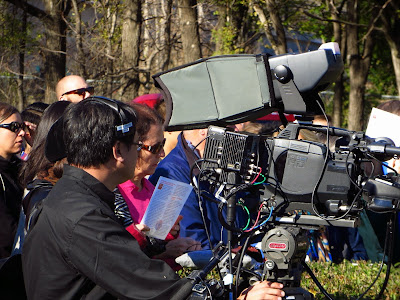 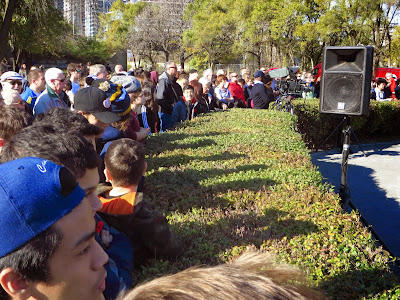 The processions comes in from the fort. 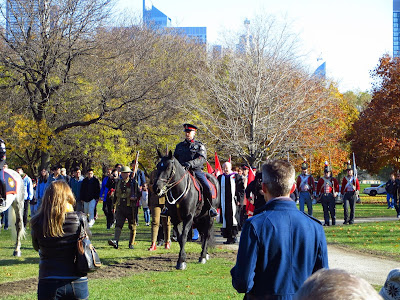 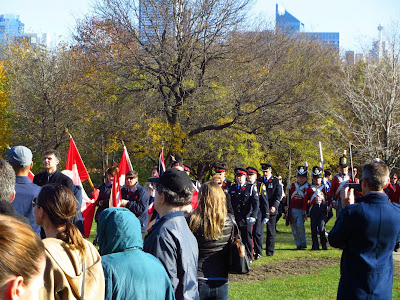 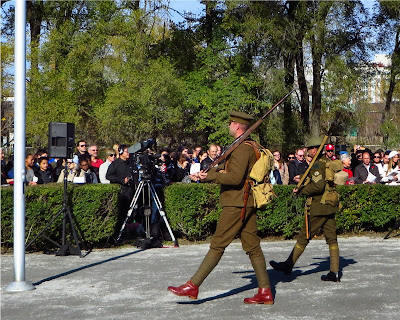 Standard bearers of the IODE. 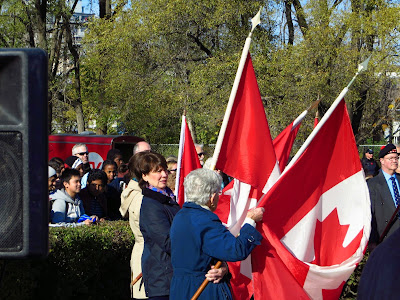 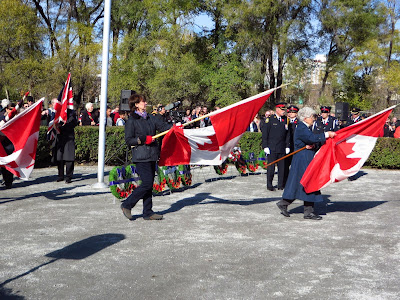 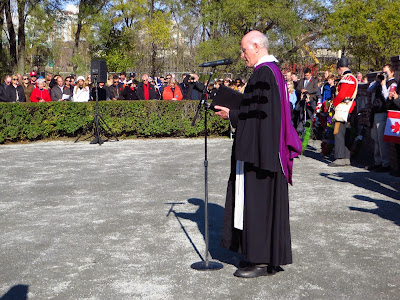 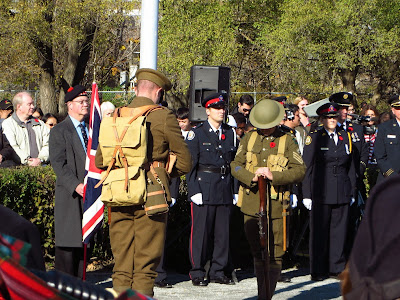 As always, there were veterans in attendance. 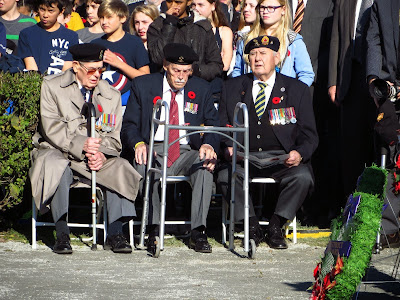 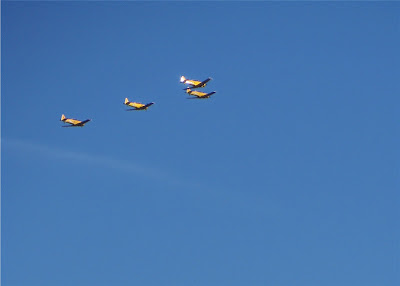 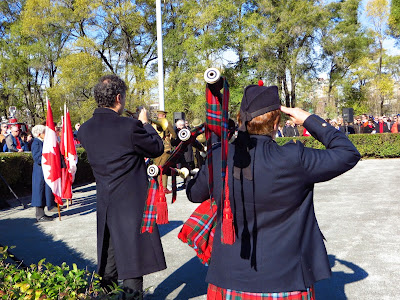 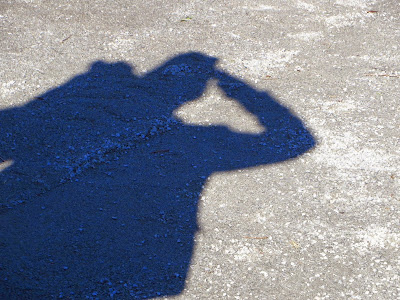 The laying of the wreaths. A teacher was there with her grade eight students who also laid a wreath. It was nice to see so many students there from different schools. 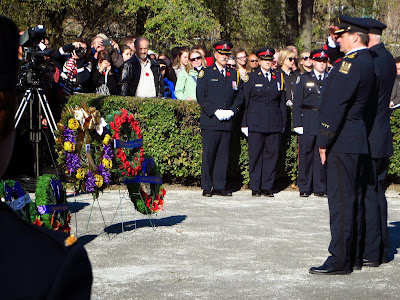 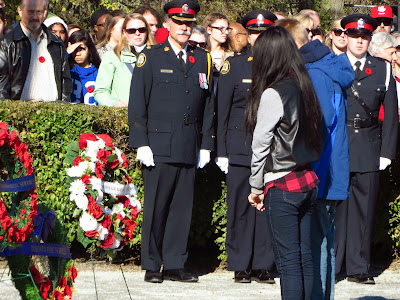 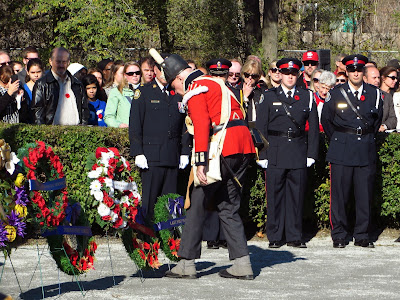 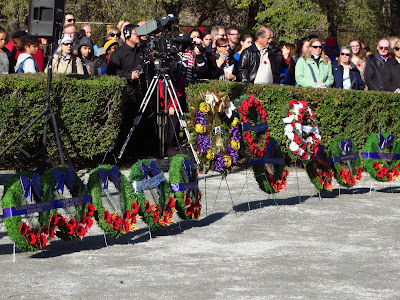 I always enjoy the ceremony that the fort and IODE puts on for Remembrance Day and am glad that so many people of all ages take time to pay tribute to those who fought and died for us. It's only a short time out of our lives to thank those who fought and those who still fight for our country. 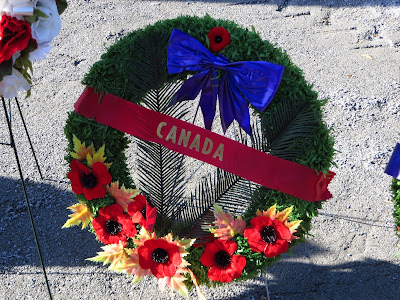 My dad, Ken, who fought with the Canadian Infantry in World War Two. 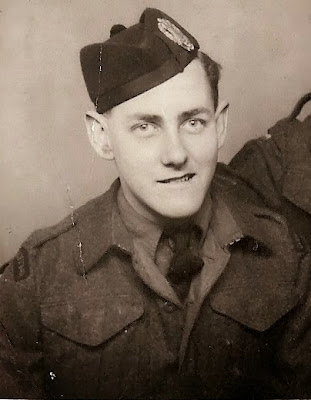 His dad, my grandfather Sid, who fought with the Royal Newfoundland Regiment in World War One.

Teena's dad, Frank, who served with the Royal Canadian Navy. 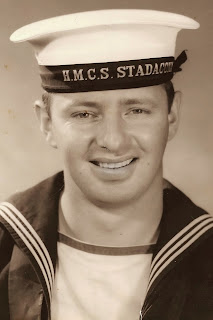