Standup Competition at the Remix Lounge with Martin Persaud 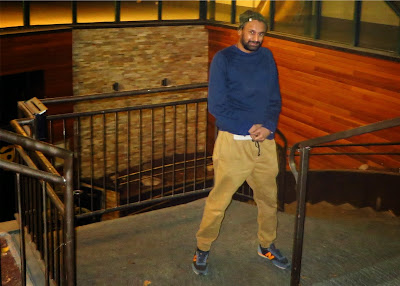 Martin, a buddy of mine from work, has decided to try his hand at stand-up comedy. I missed his very first performance, which is too bad, as many from work were there to see him.  When I watched the tape of his performance, I saw that, yes, he did nail it! 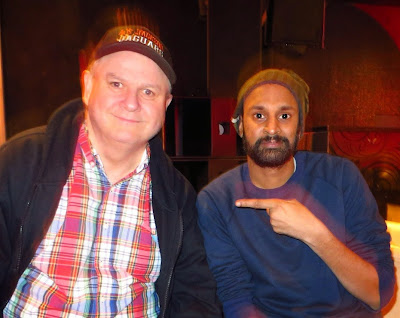 Tonight was his fourth performance, this time in a competition with eight other comedians and he did great. One comedian has just returned from a comedy tour and after it was over and I found out who it was, I thought Martin did a much better job.

I was surprised at how many comedians came out with cheat sheets in their hands and how many had to keep on referring to them. Out of the nine, I think five had cheat sheets.

The emcee, Aisha Brown, was very funny and kept the show moving. 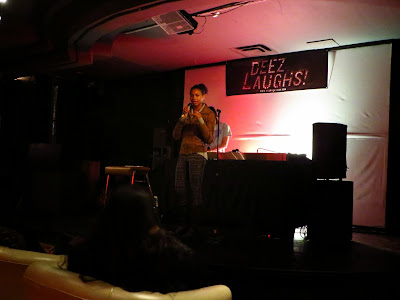 I have seen many stand-up shows before but this is the first time I have been at a competition. In the end, we all were handed a clicker and told to make two votes, one for your friend and another for a comic you found funny. Now that's clever! 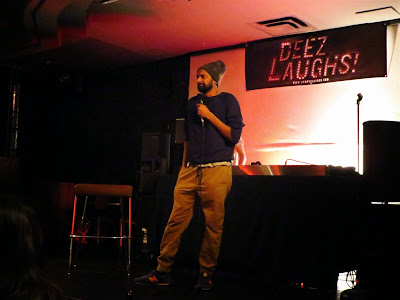 In the end, Martin did not win, which he said was a good thing.  At this point in his new venture. I think so too. He was funny, though, and although I am prejudice here, he really was funny and a little edgy.  Martin wasn't the funniest there tonight but I loved the way his material flowed, as one story set up the next. He was not just a joke teller, and didn't use notes. He knew his routine.

It was a fun night out. I'm looking forward to seeing Martin on stage again in the future.
Posted by Swordsman at 23:11