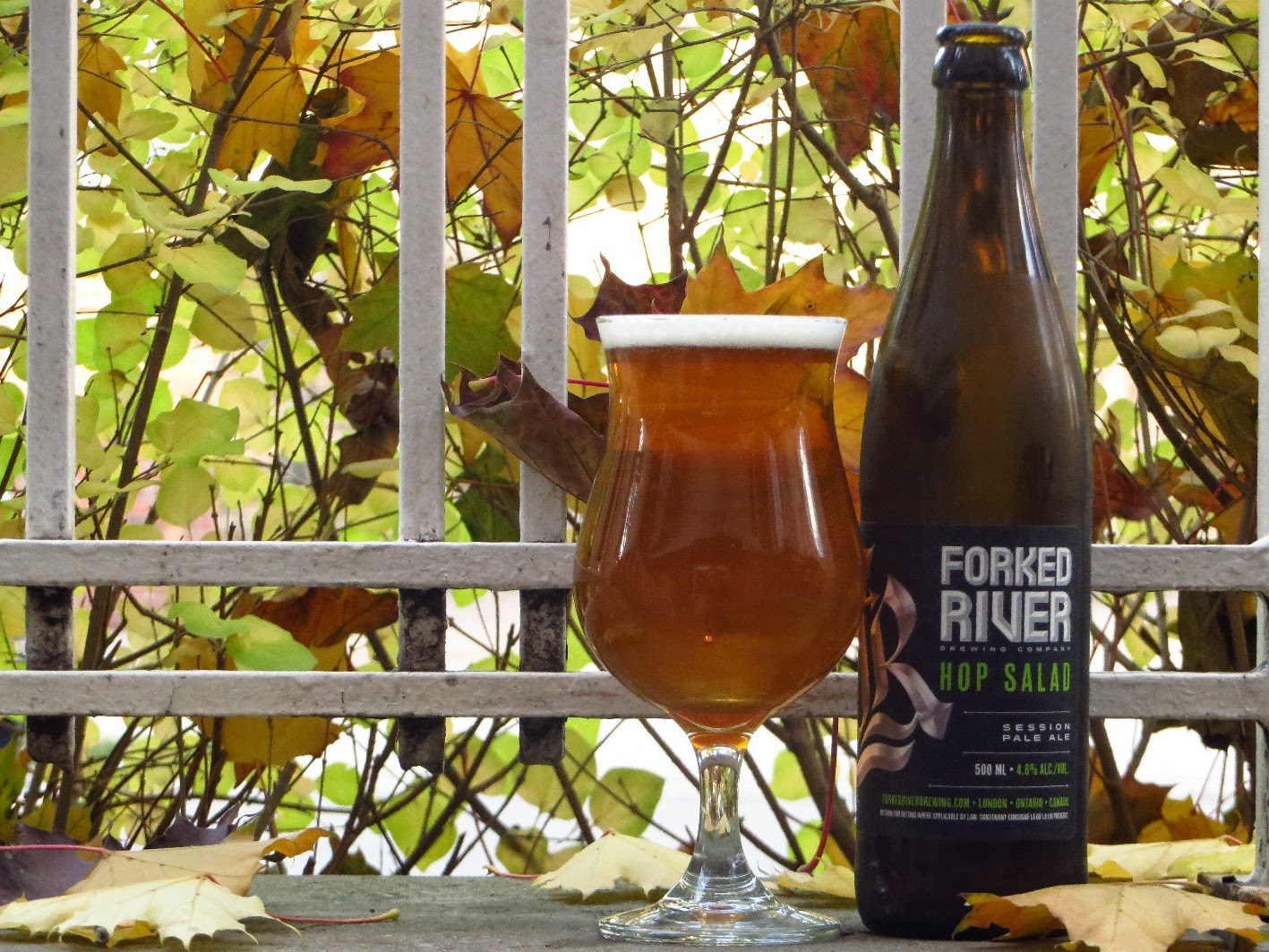 I enjoy going to breweries, looking around, talking to the owners, having the tour, and sampling their beers. Last week Teena was in London on business and got to do just that.

While having supper at a restaurant the first night, she order a Capital Blonde Ale from Forked River Brewing, which she quite liked. When she found out that the brewery was located in London and was only minutes away from her hotel, she emailed me as to what beer I would like her to pick up for me.

What a great gal I married!

I gave her three to get and one afternoon she headed over to the brewery. While there she had a chance to look around, talk to the owners, all the stuff I like to do. Needless to say, all the pictures except the beer shot above are hers.

Forked River brewing is located in an industrial mall with a very unassuming entrance. 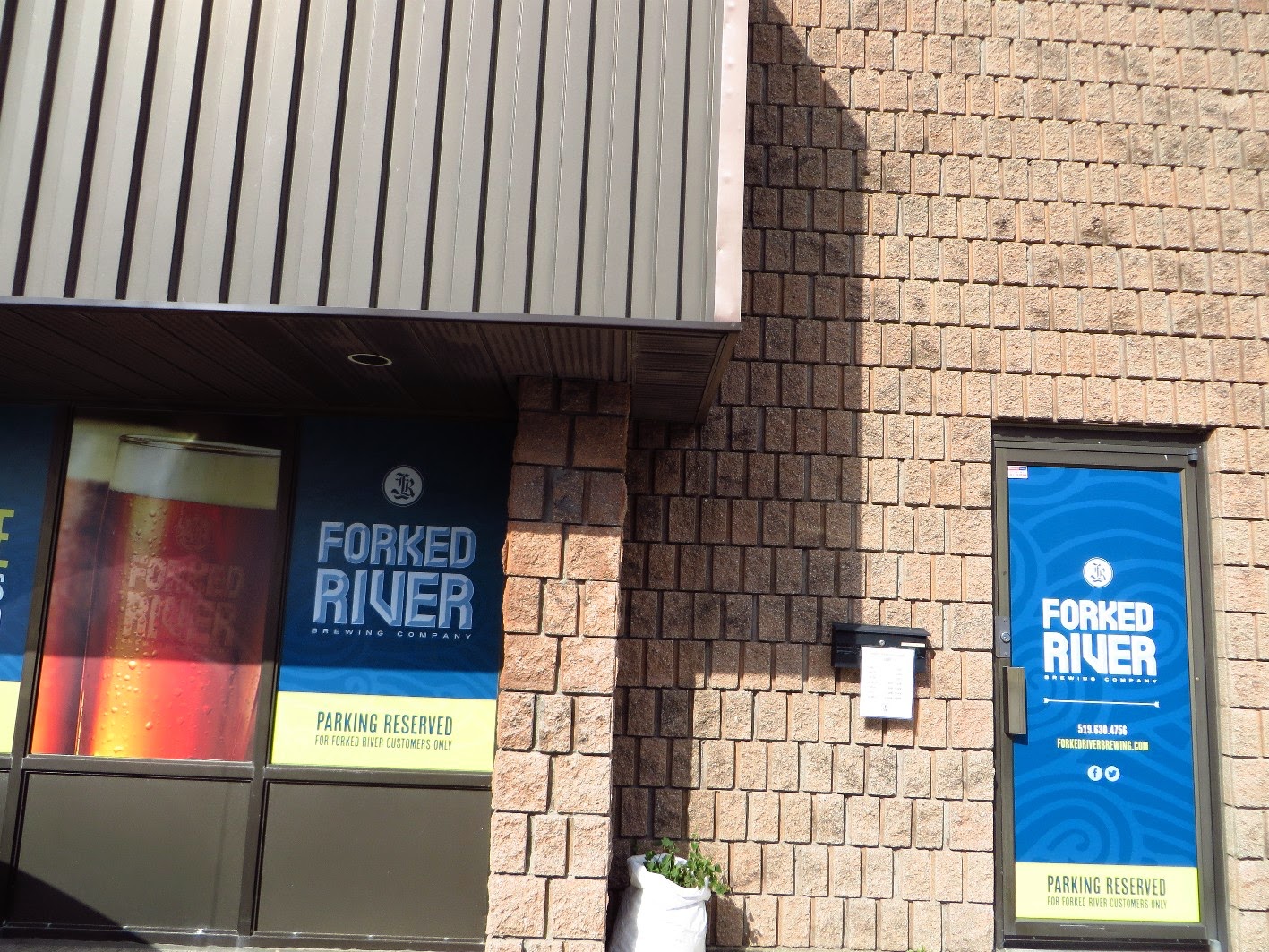 The brewery has been opened just over a year ago in June 2013. Before opening Forked River, Dave Reed worked in a manufacturing environment while both Andrew Peters and Steve Nazarian were biotechnology scientists. Dave Reed, who is a mechanical engineer, had built his own homebrewing system and both Andrew and Steve were home brewers too.

Currently they are brewing 14,000 bottles a month and finally gained a listing with the LCBO for their Riptide Rye Pale Ale. They told Teena that three stores in the Toronto area will be carrying their beer and by coincidence one of them is in our neighborhood.

Forked River beers are quite popular in London bars and pubs and they have some on tap in Toronto too. 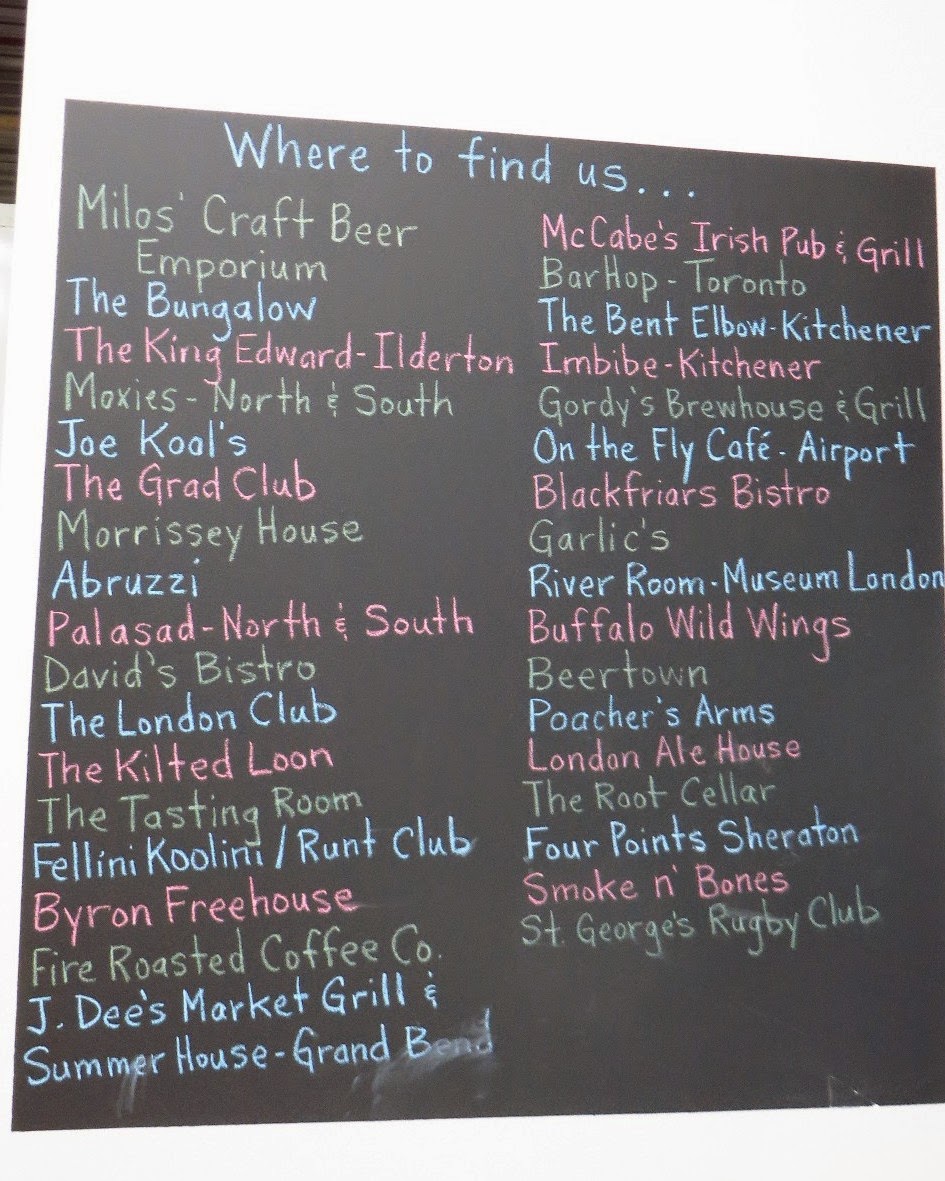 The brewery also has a barrel program where they age beer in wine and whiskey barrels. 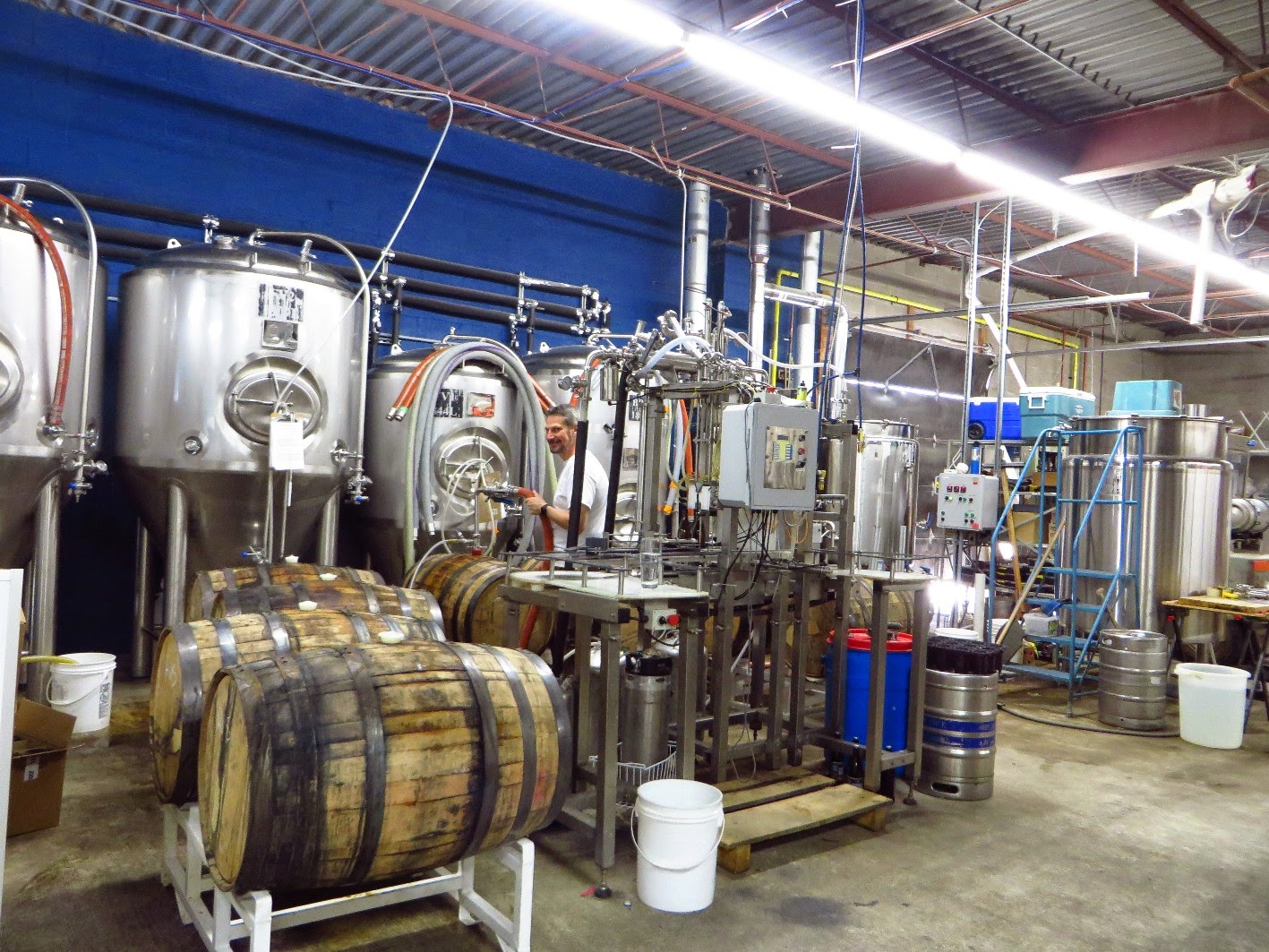 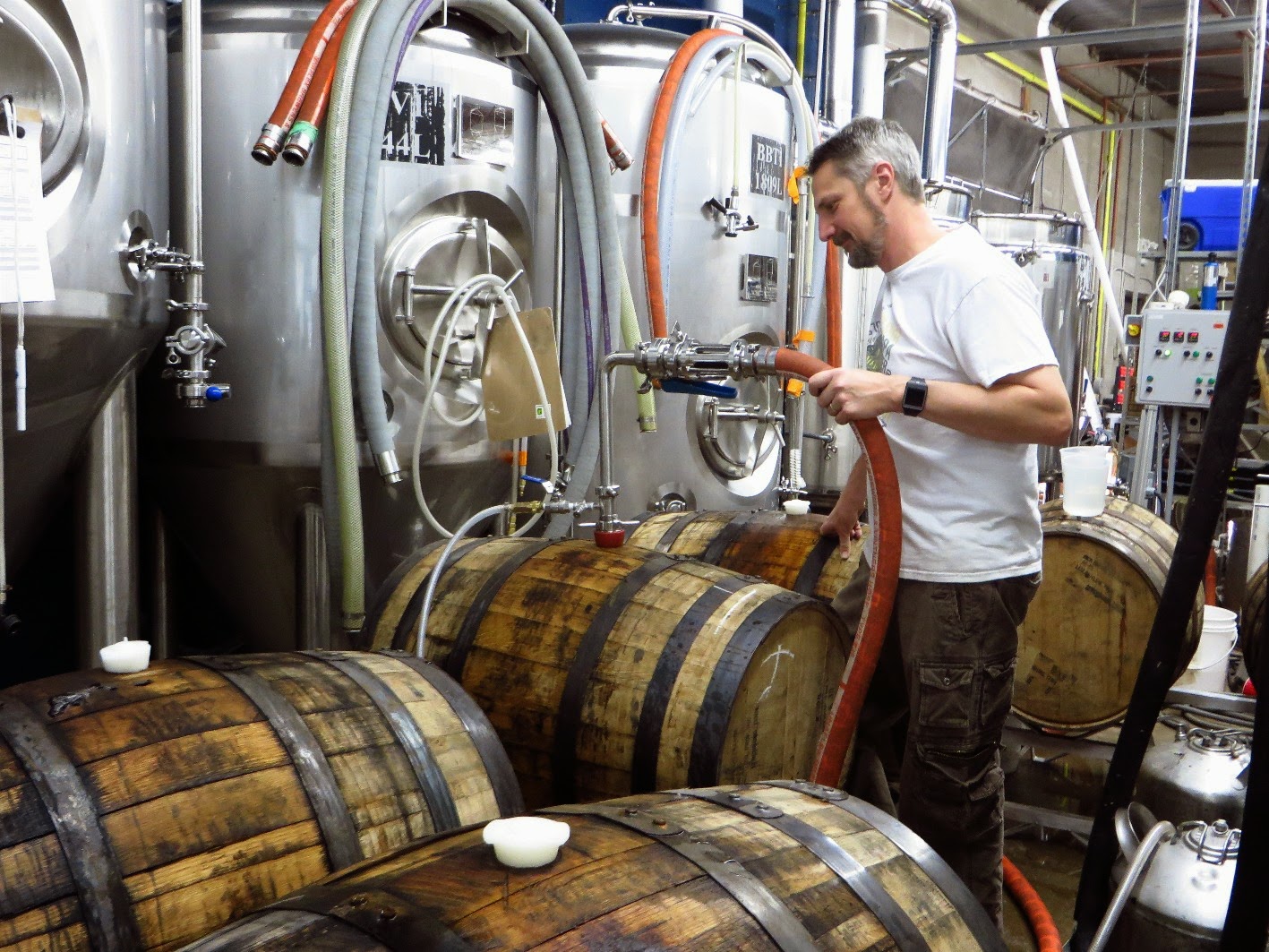 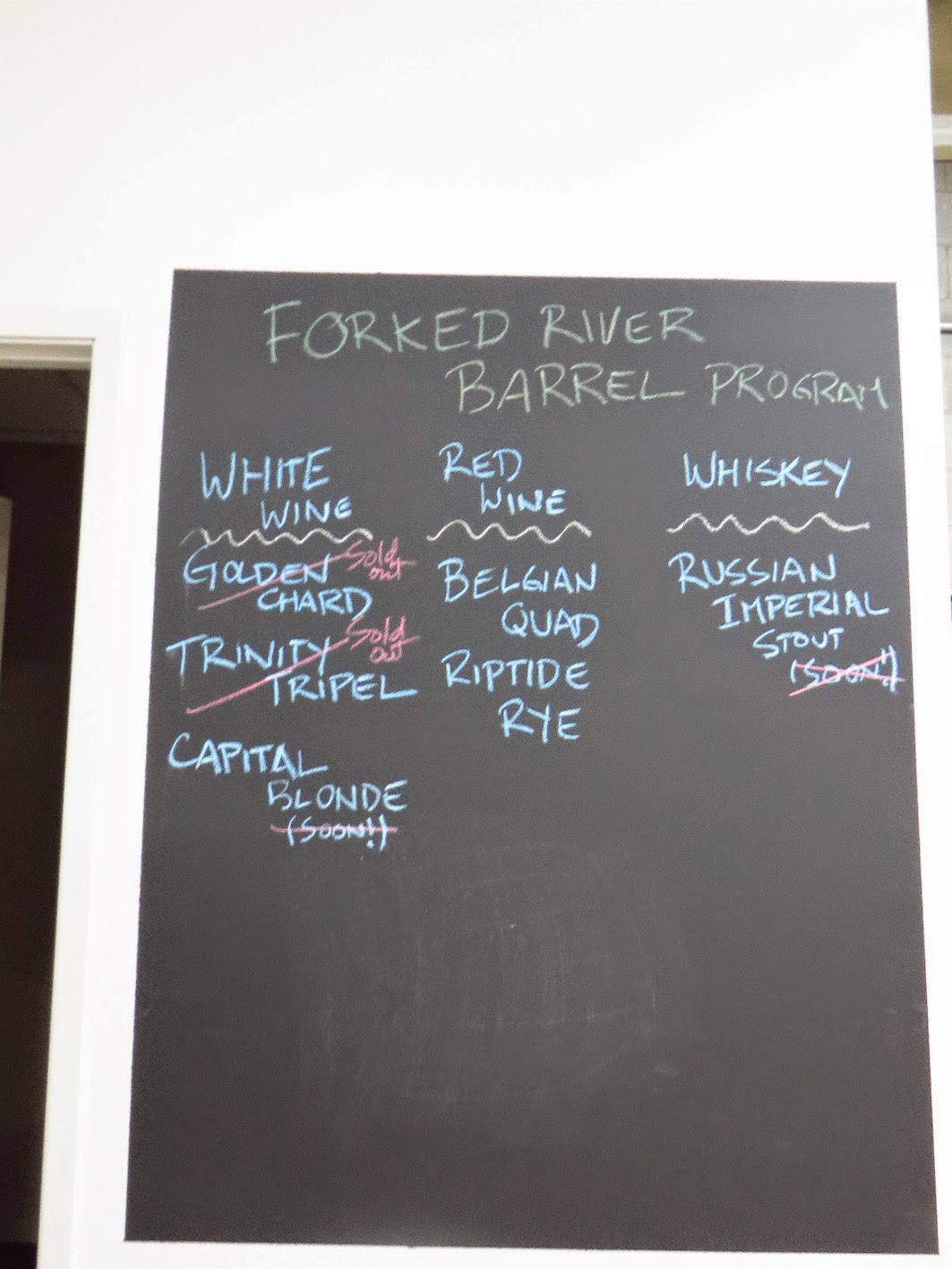 The Hop Salad was definitely my favorite. It pours a golden colour, maybe a very light amber, with a white head. Fragrant citrus comes through in the aroma. When I sip, nice lacings are left behind on the glass. The beer starts a little watery in mouth feel but then the citrus from the hops comes through along with a long, nice citrusy bitter finish. This is a very good beer that I would get again.

Hey! Teena is going to be back in London in a couple of weeks. While you're in London, Honey, could you ...