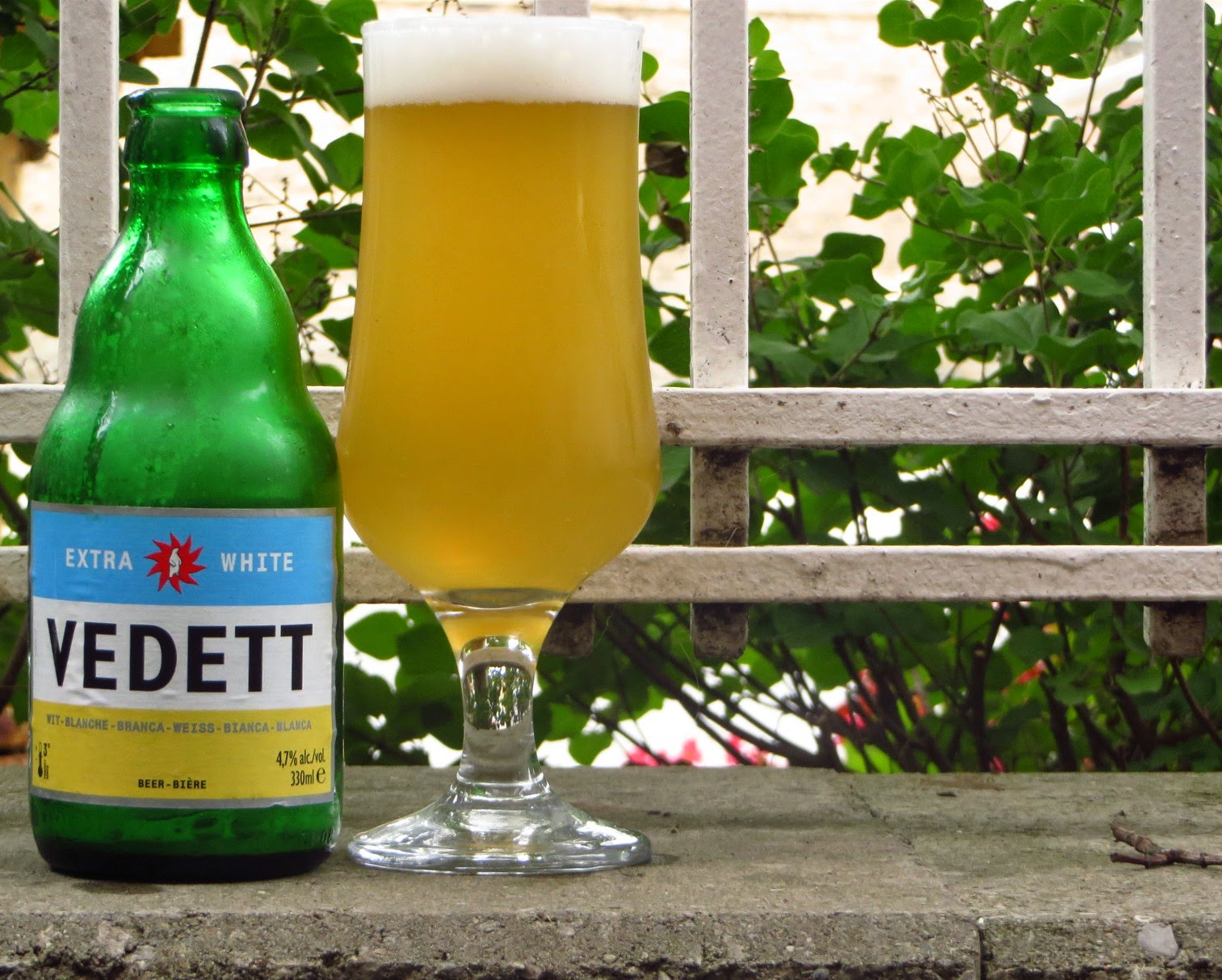 This week's Beer of the Week comes from a Belgium brewery which I have written about before, Duvel.

When I first spotted Vedett Extra White, I had to take an extra careful look to ensure that it wasn't, in fact, a white wine. The guy at the cash did the same thing. In my defense, I will say that I didn't have my glasses with me or might have noticed the word "beer" in small font on the label, although that label was turned backward on the shelf,. Maybe it wasn't as both labels could easily be the front label.

The labeling and website indicated that this beer is aimed at a younger crowd. Question is, will it be good? 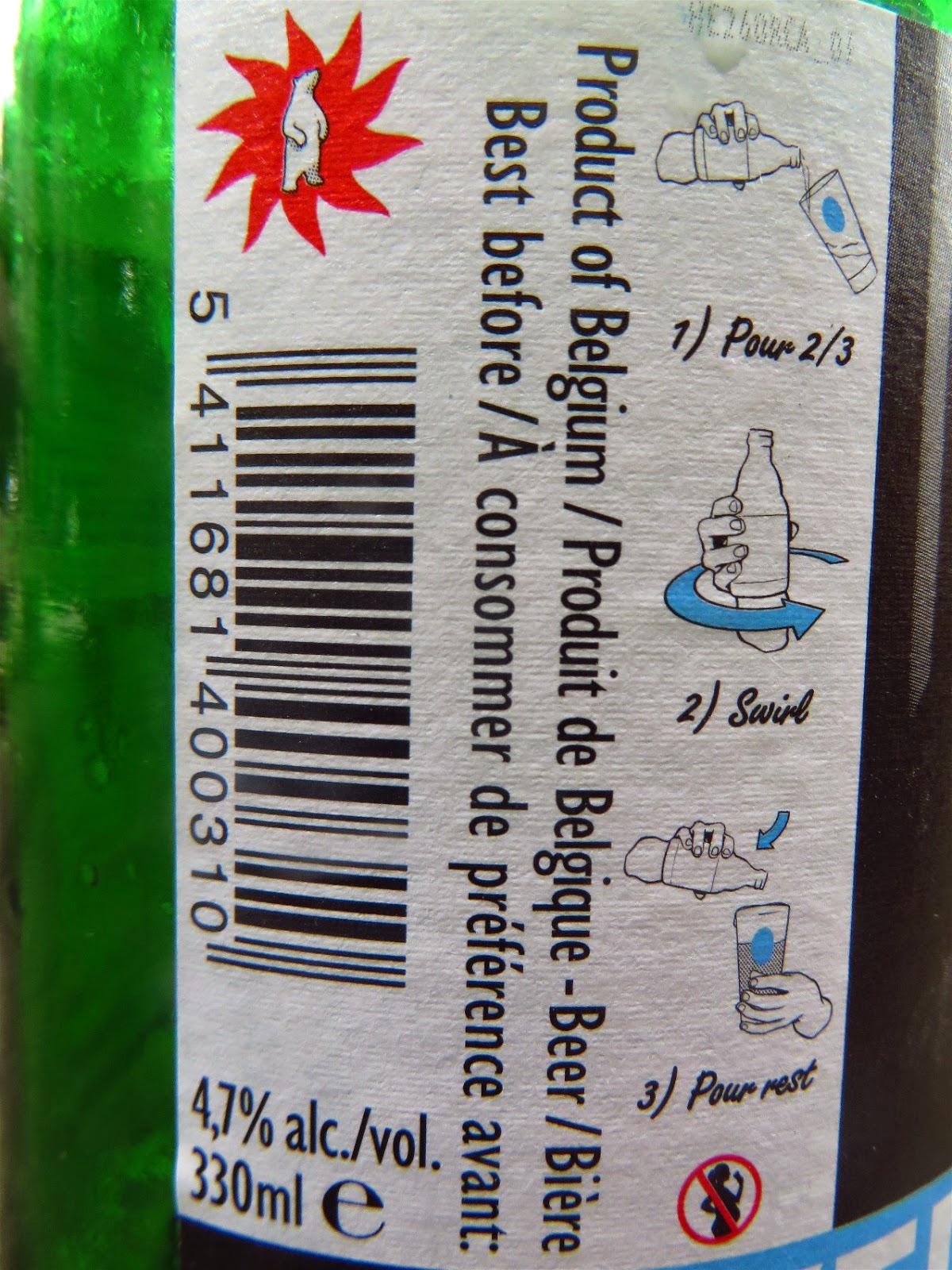 On the back (side/front?) label shows how the beer should be poured. I have never seen where a brewery wants you to swirl the contents of a bottle two thirds of the way through a pour.

So, after pouring the Vedett the way the bottle instructs, how does it taste?

Vedett pours a very light, almost white straw colour with a white head. The swirling near the end picks up the sediment in the bottle, as it is bottle conditioned and pours out of the bottle quite foamy so the beer ends up cloudy with a very frothy head.

There is an excellent aroma to this. I sense banana and some form of citrus in this, maybe orange. It has a very watery mouth feel to start with a light taste but flavours of banana and citrus are emphasized in the finish.

There are better white/wheat beers out there but this proved to be an enjoyable refreshing one. If it were on tap on a hot day, I would order it but likely would not be buying more to bring home.