An Afternoon at the 2014 Honda Indy Practice Day 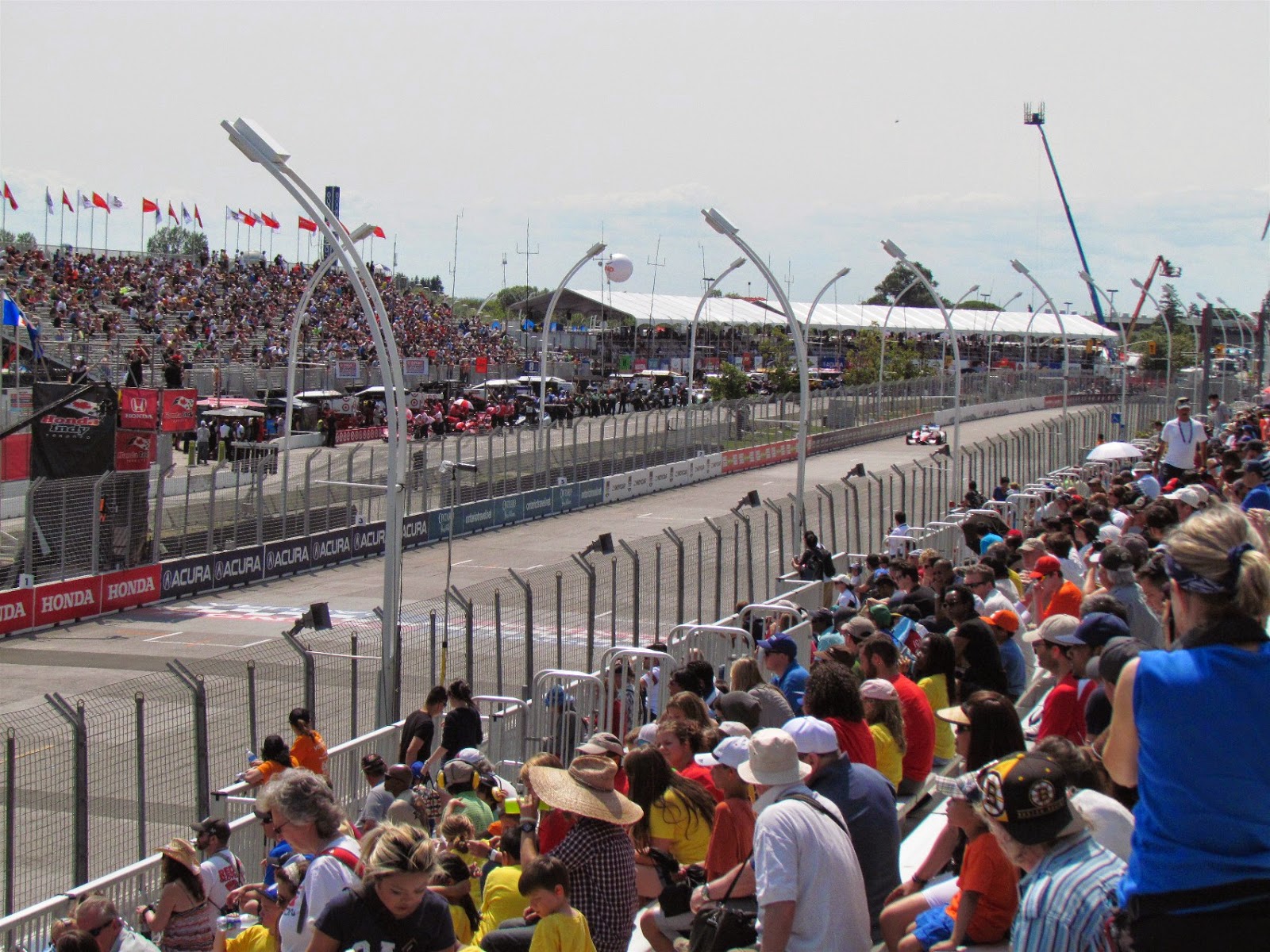 This afternoon Teena and I headed over to watch the practice for the Honda Indy.

Fridays are a great day to go as it's not crowded, you are allowed to sit anywhere, the cars are still flying around the track at top speeds, and the best part ... it's all free!

Work is being done all day long on all the cars no matter what the series. 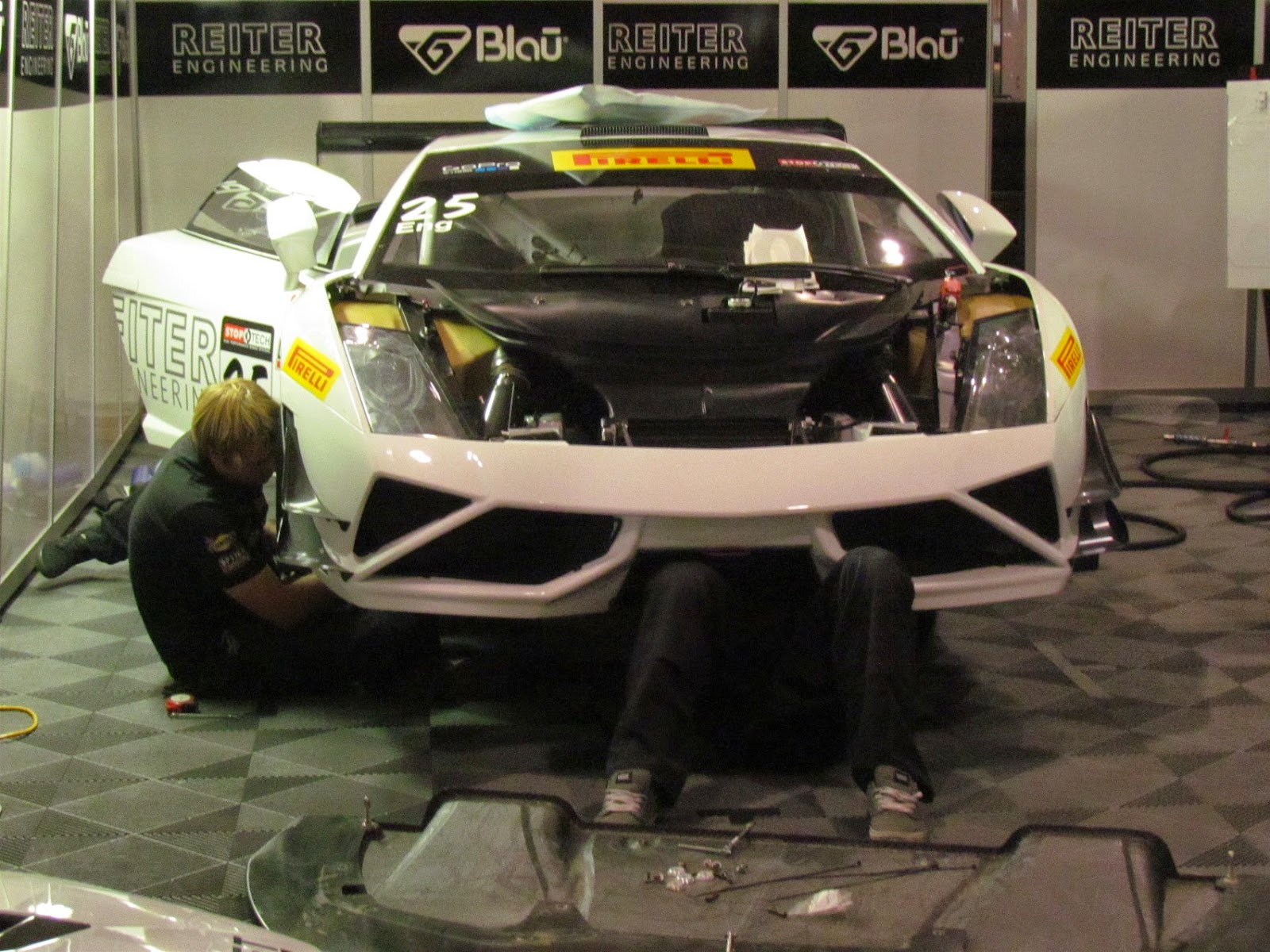 When we arrived, the big boys from the Indy series were out on the track. We sat by the start/finish line and tried to get shots of the cars coming to the line and heading into corner one. Here are my best shots but it should be known that I took a lot of pictures of empty pavements. It's a tough shot to take with the speeds they are doing.

When you look at where the drivers are from, you realize what and international series this is! 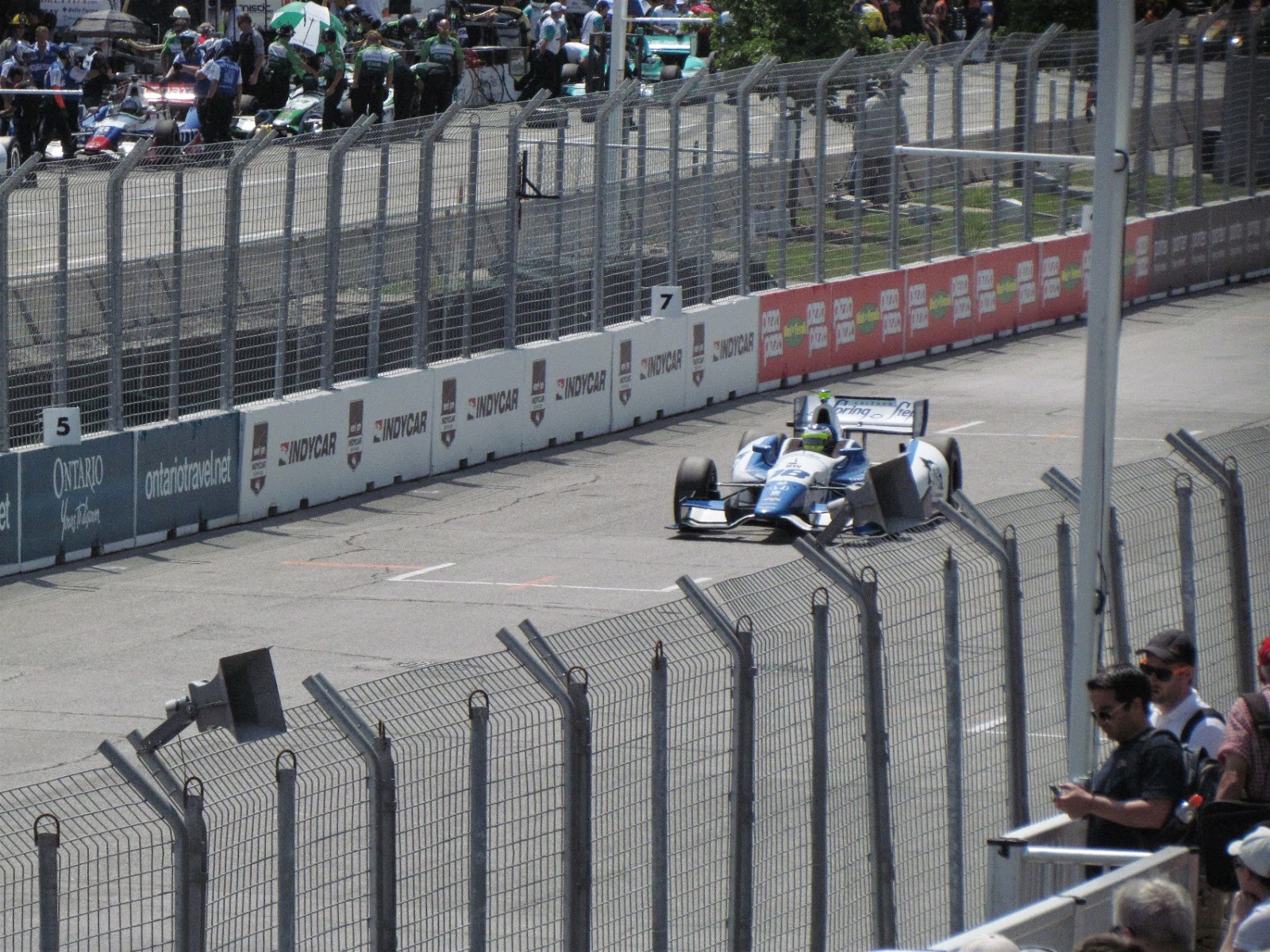 Australian Will Power, who currently is 2nd in the standings 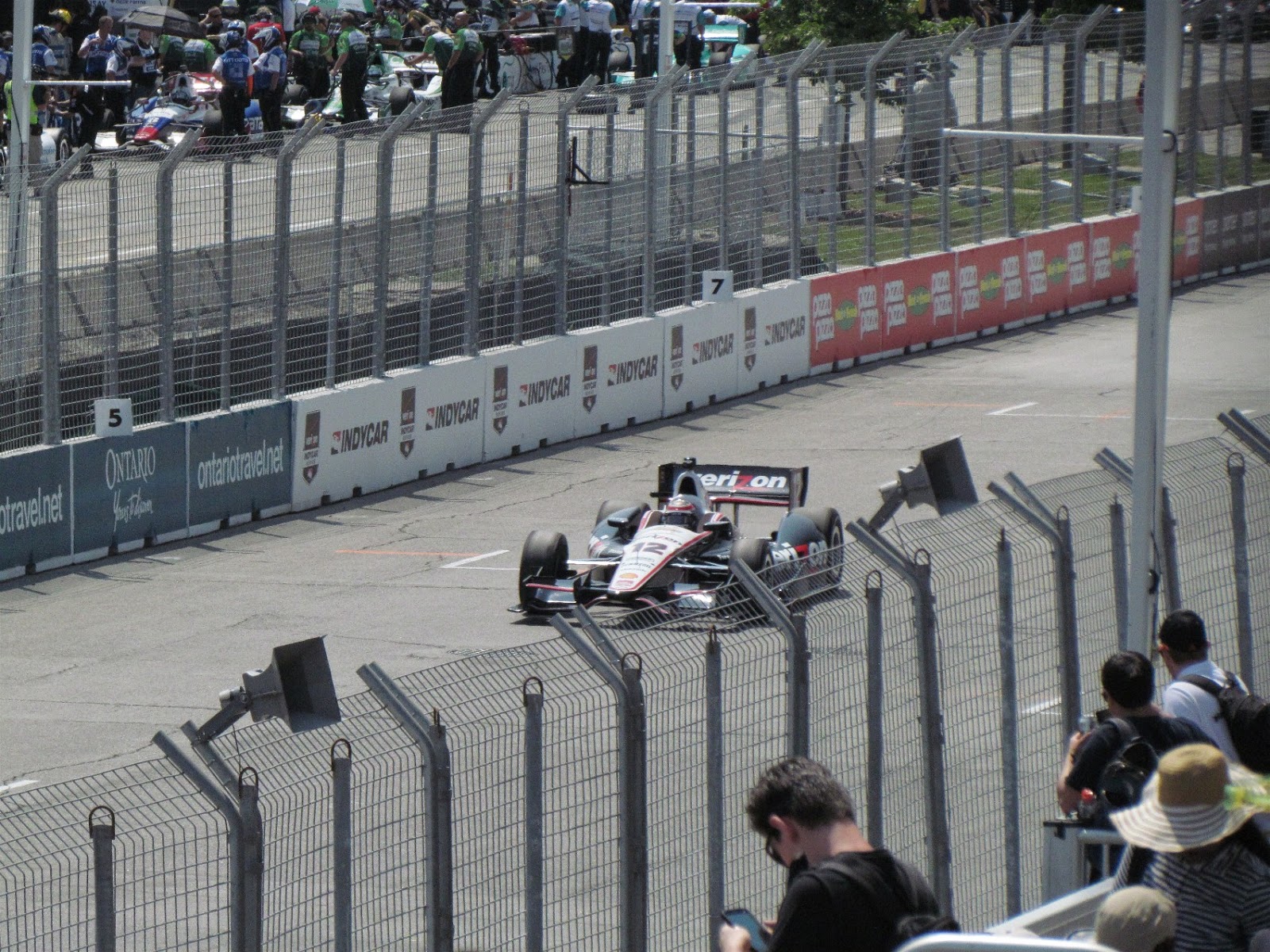 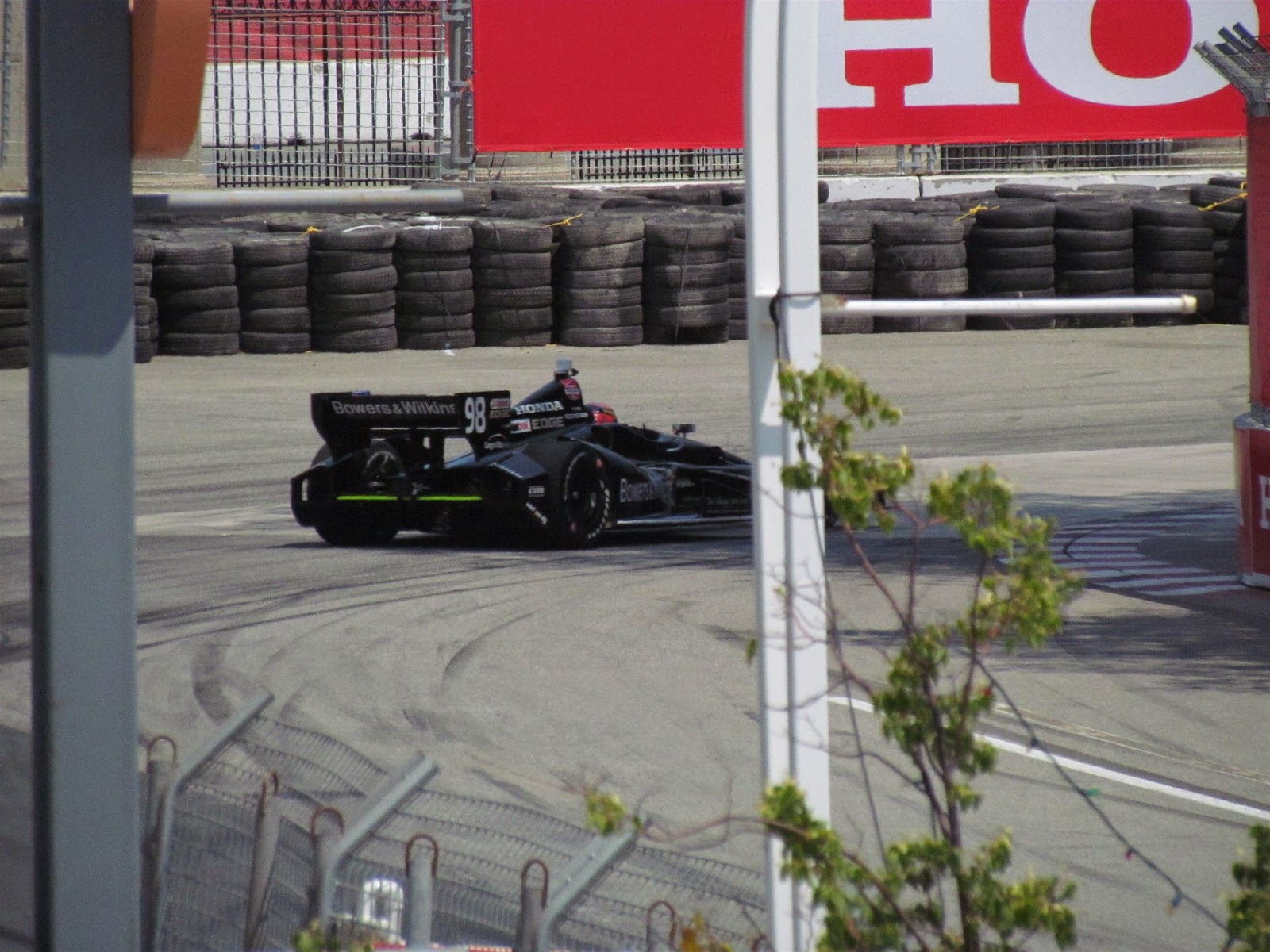 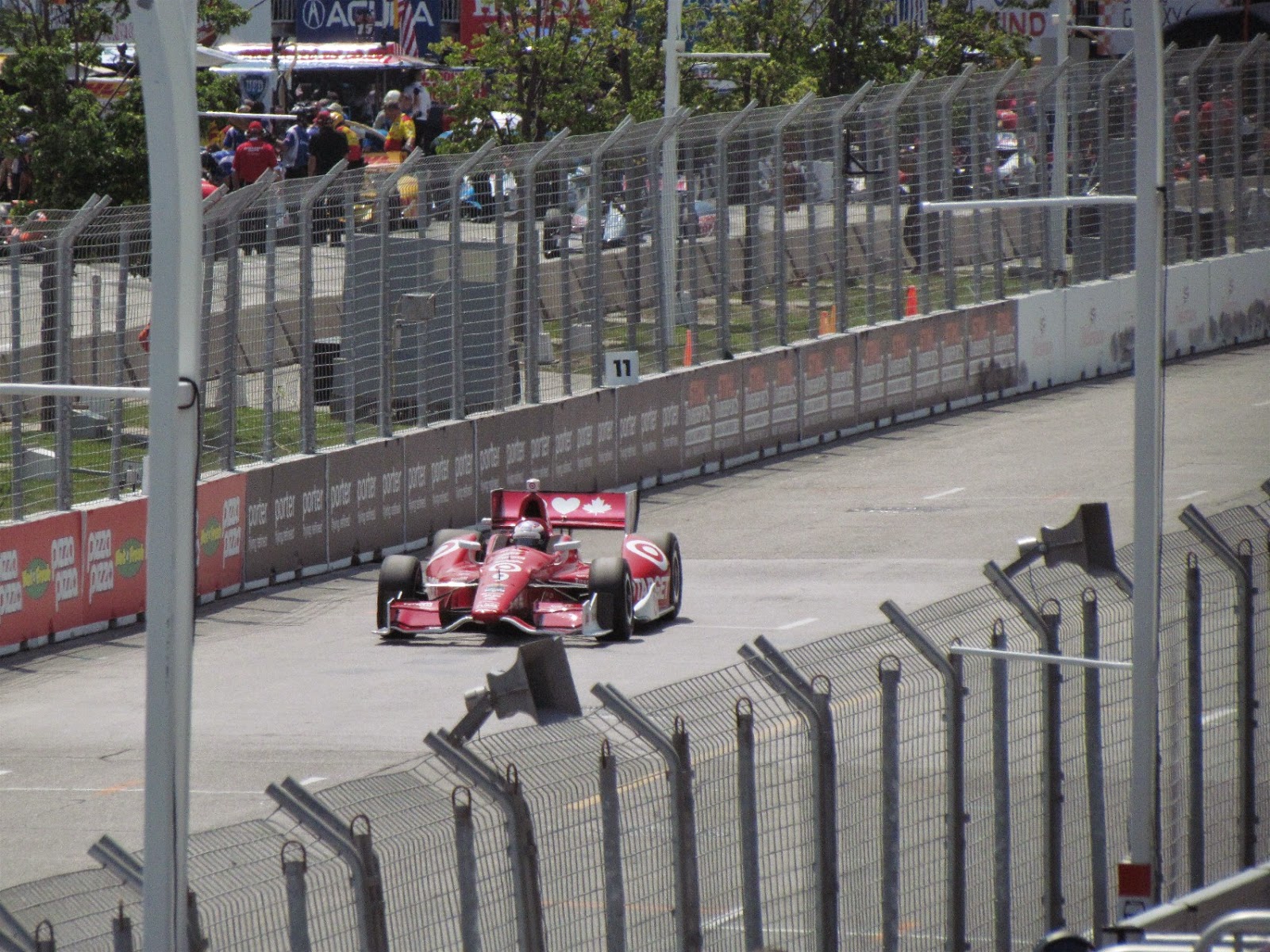 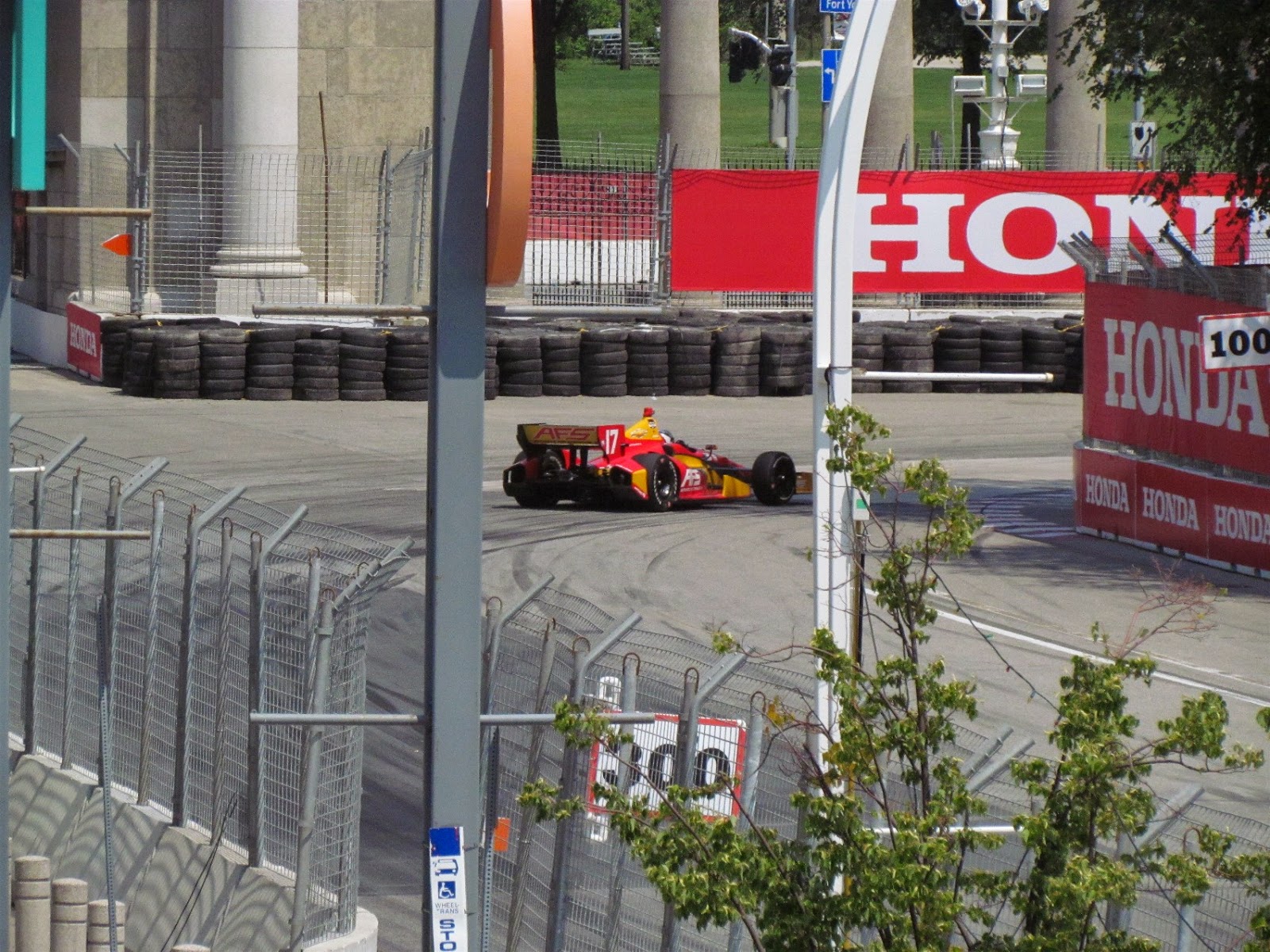 One of my favorites, Juan Pablo Montoya, also from Columbia is in 5th place. 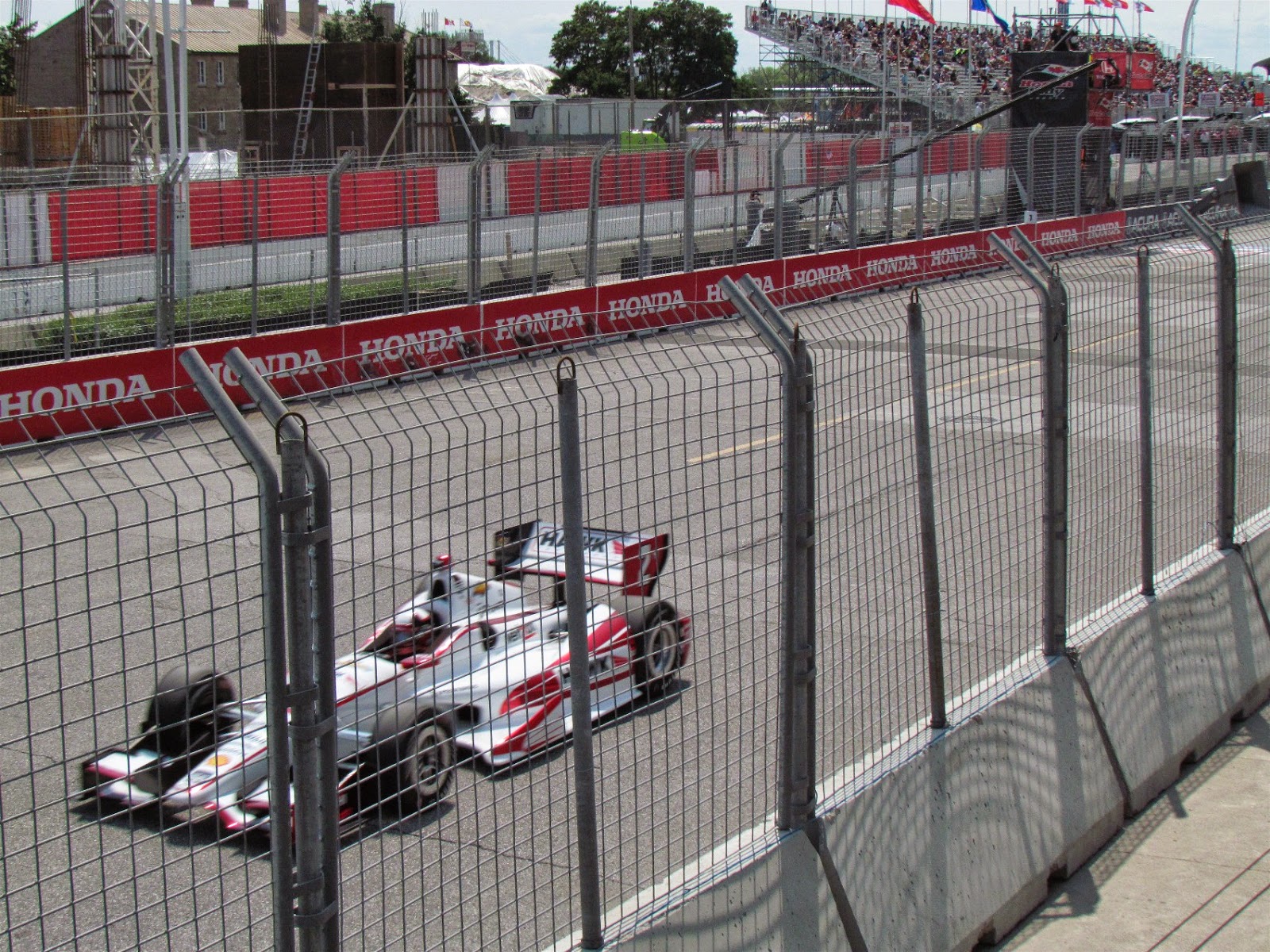 We moved over to corner 10, which in my opinion is the best place to watch the action! 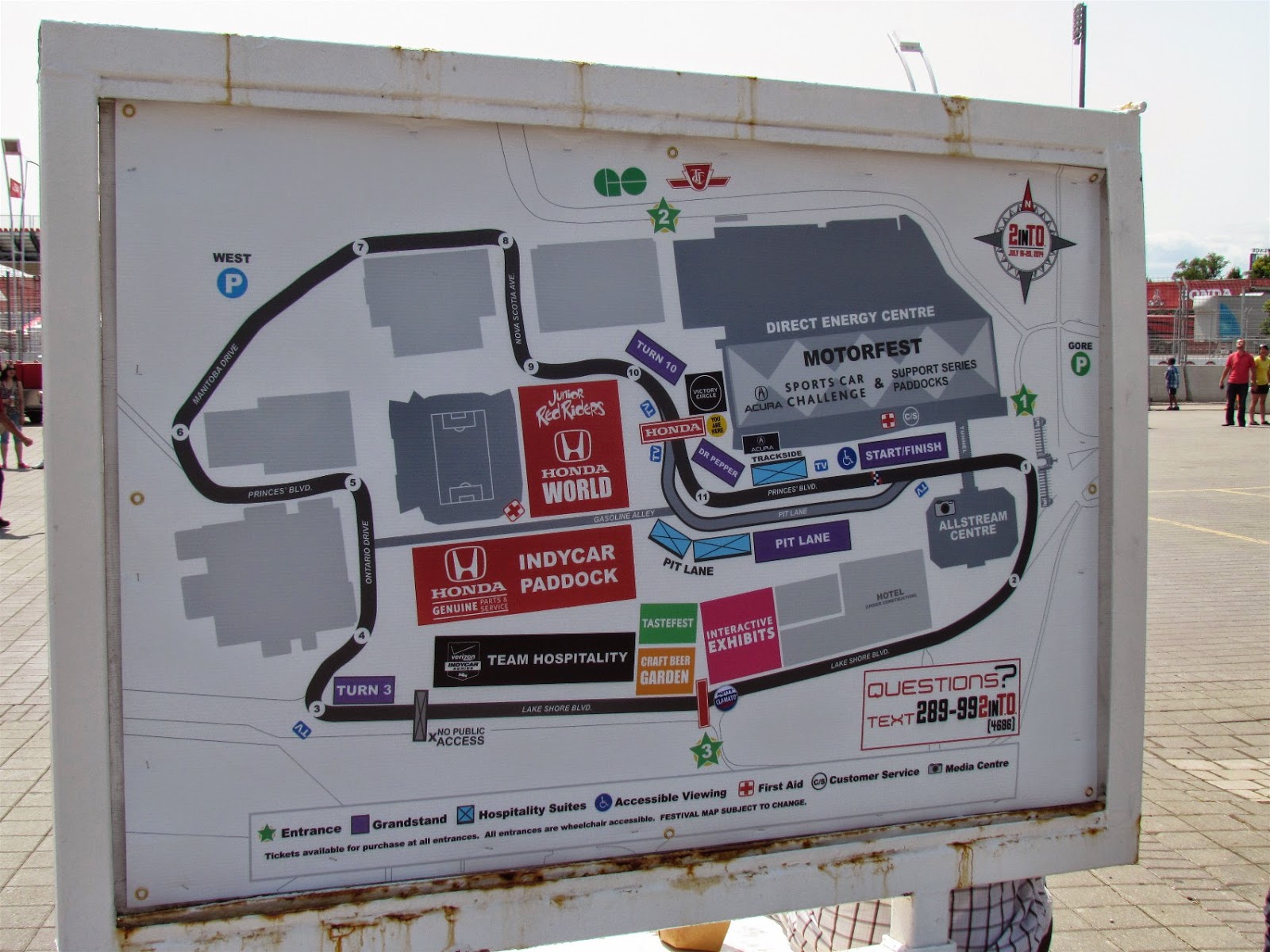 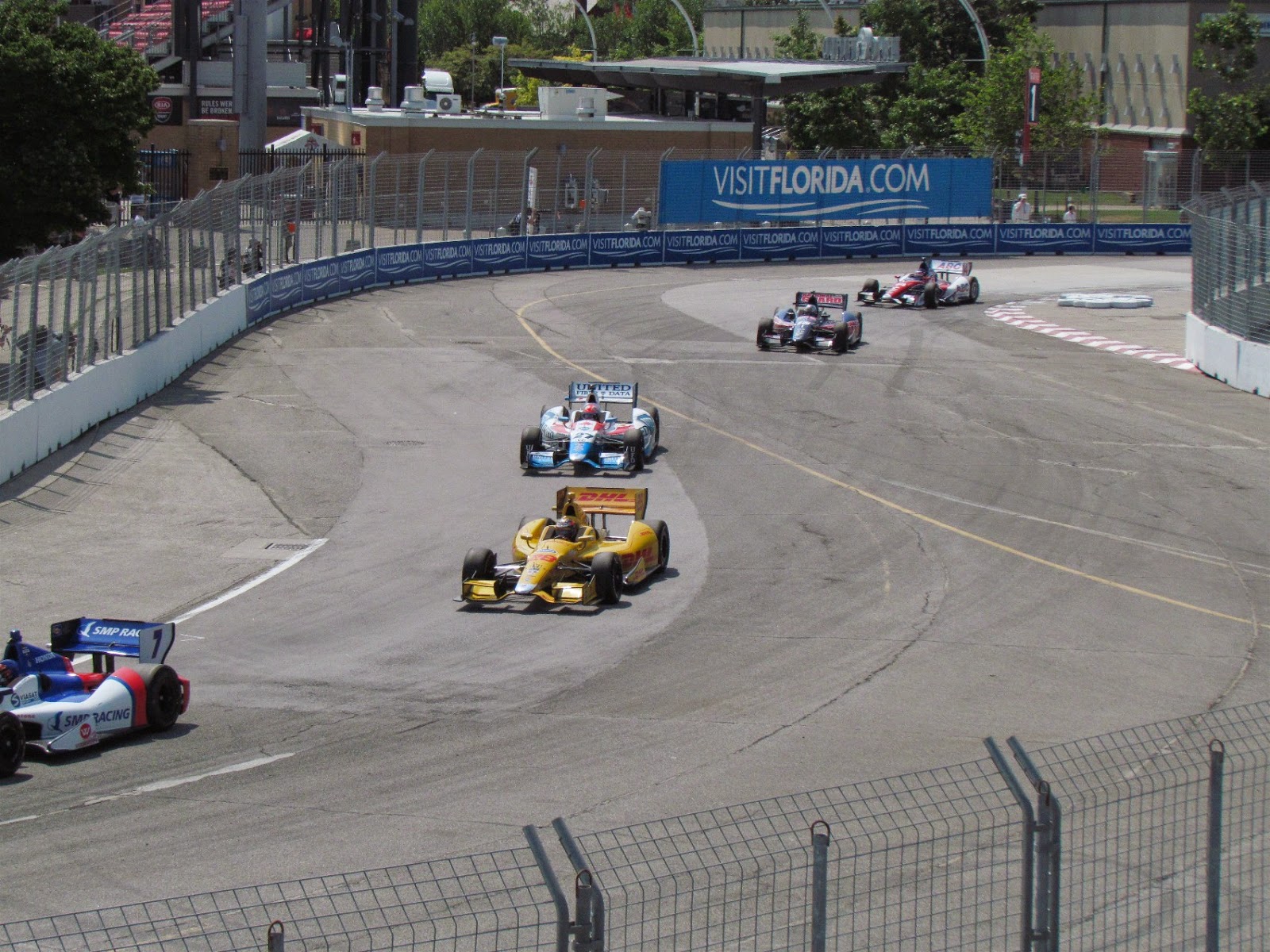 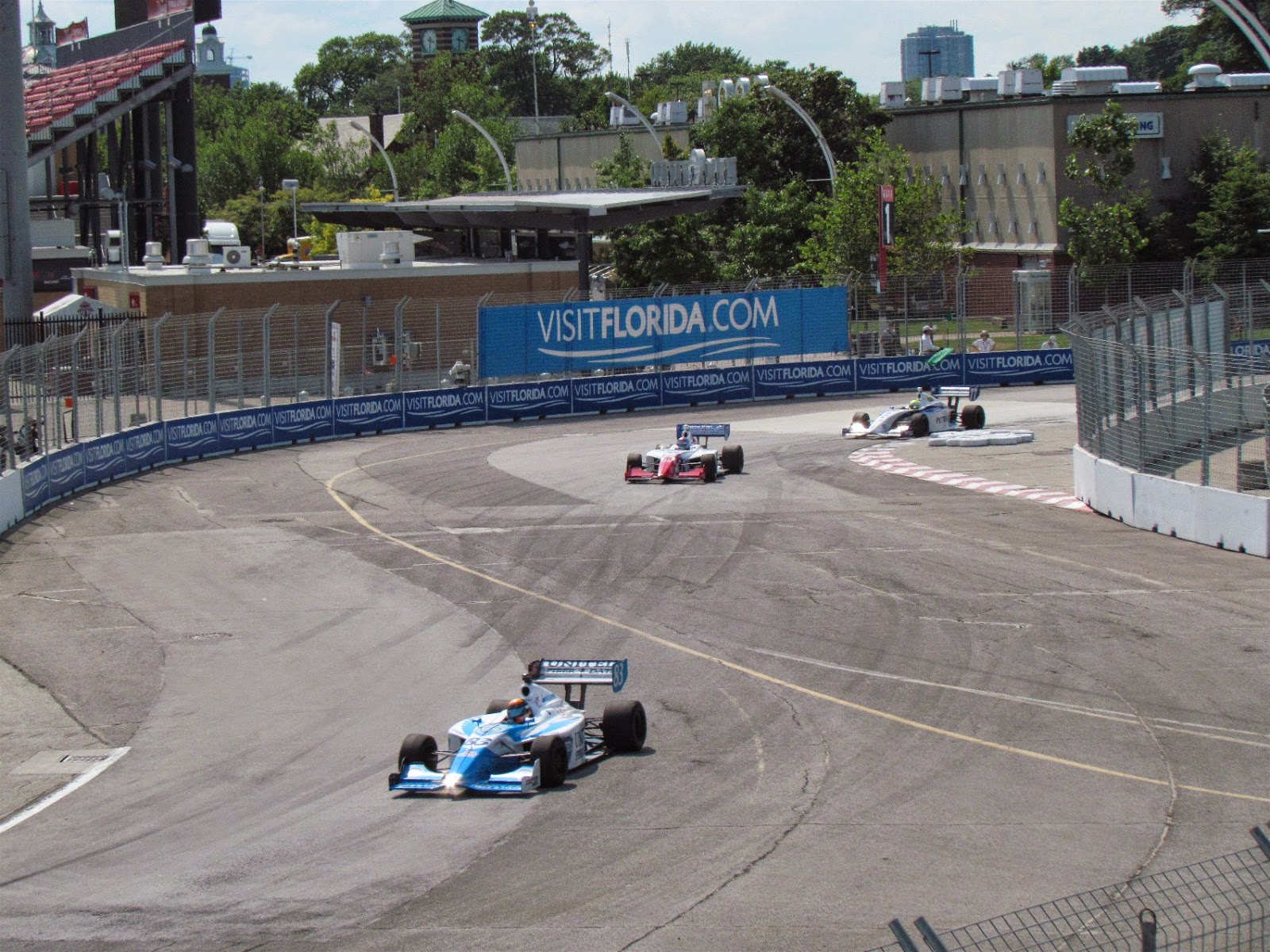 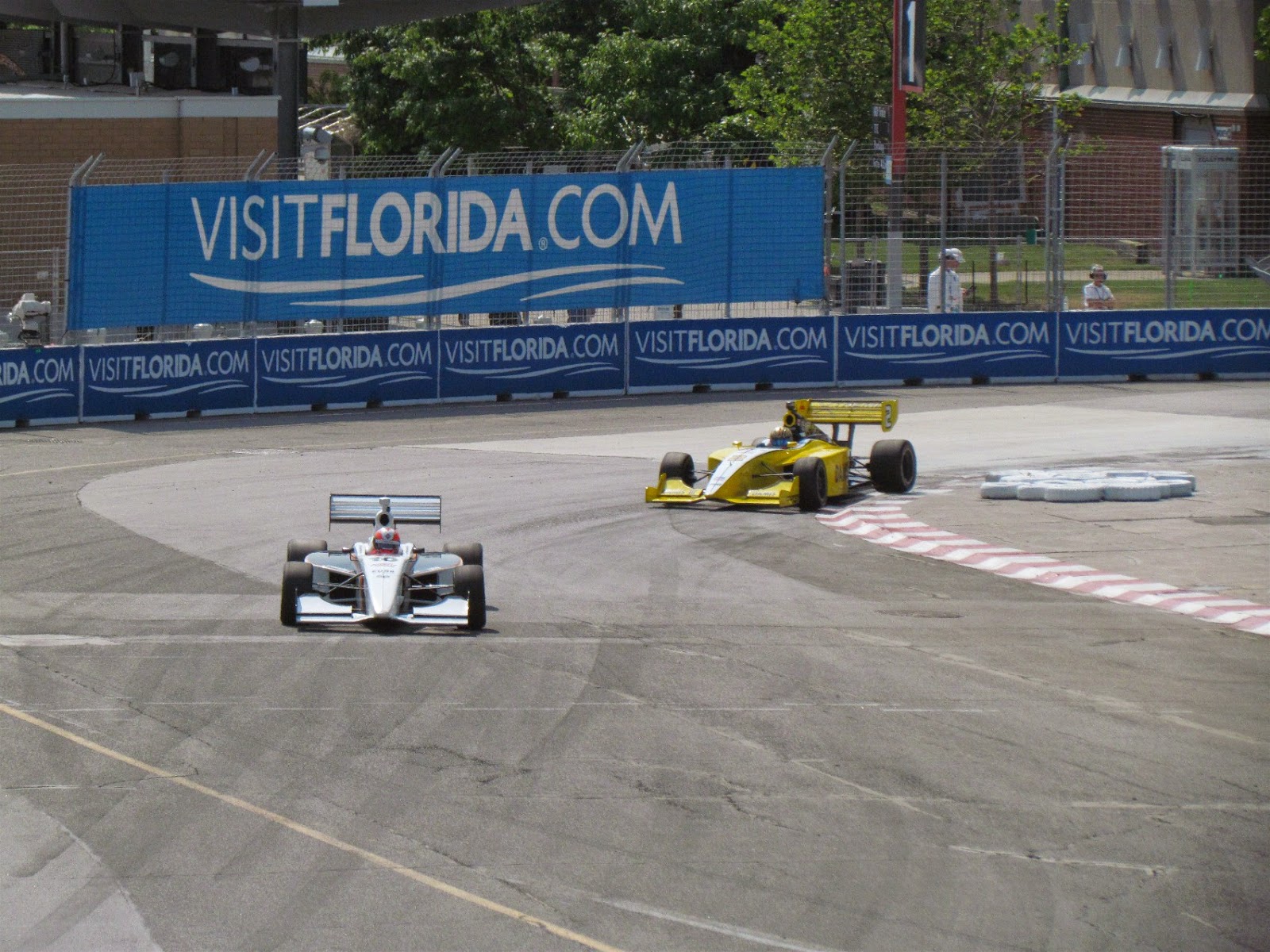 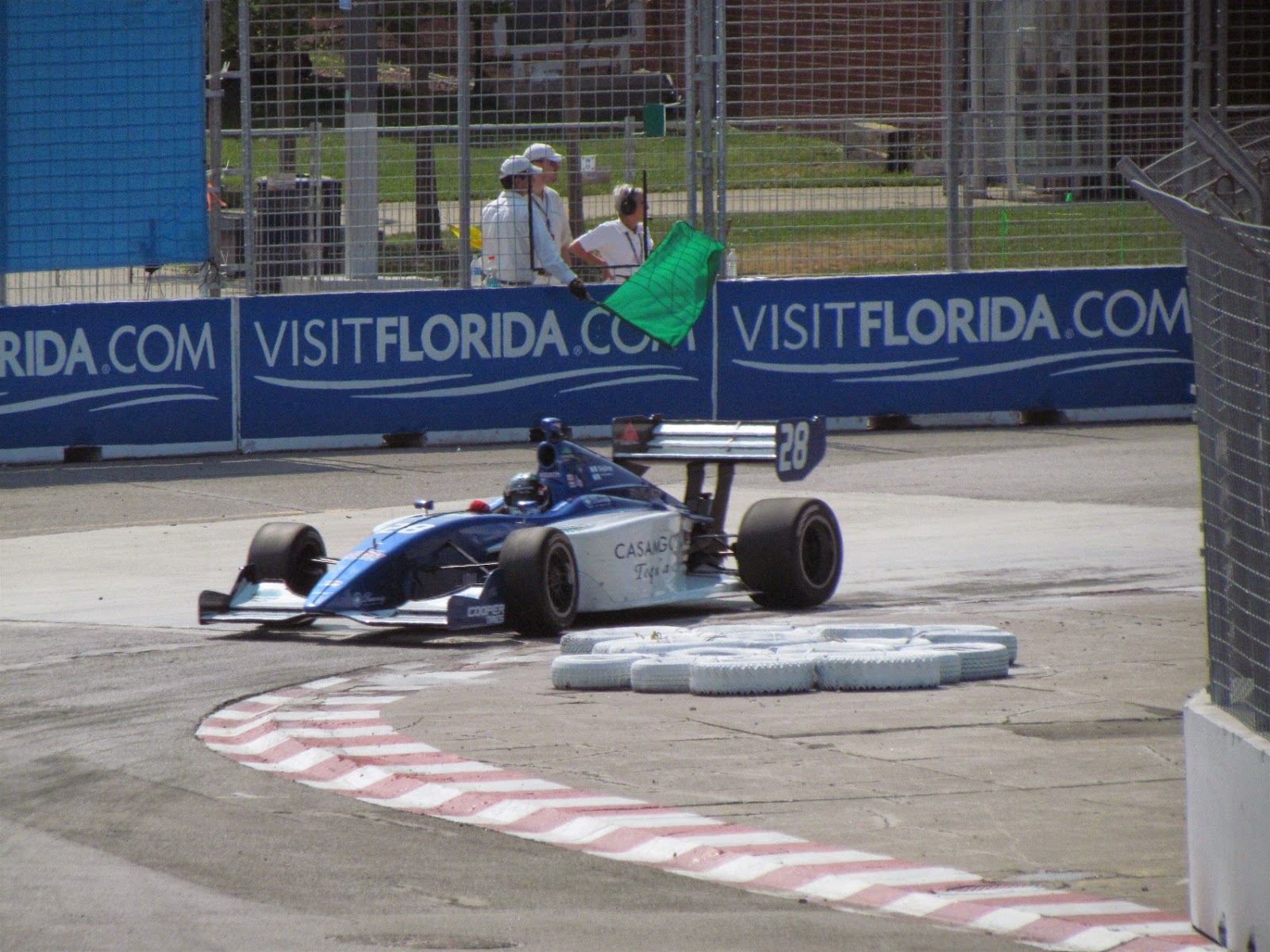 My favorite, Canadian James Hinchcliff. I bought a model of his car which caused Teena to spend a lot of time kidding me about my new "dinky toy"! It'll look good on my desk at work! 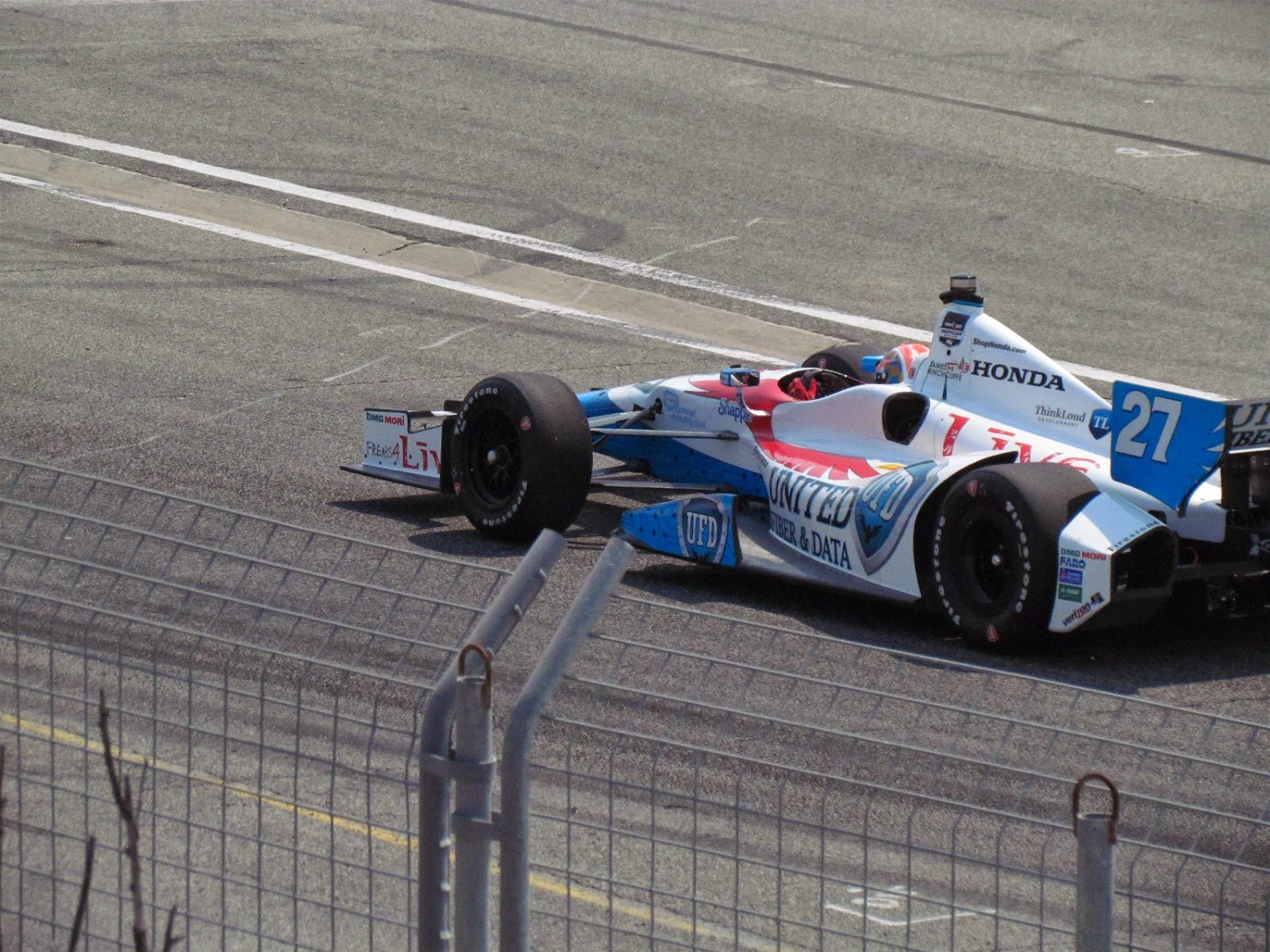 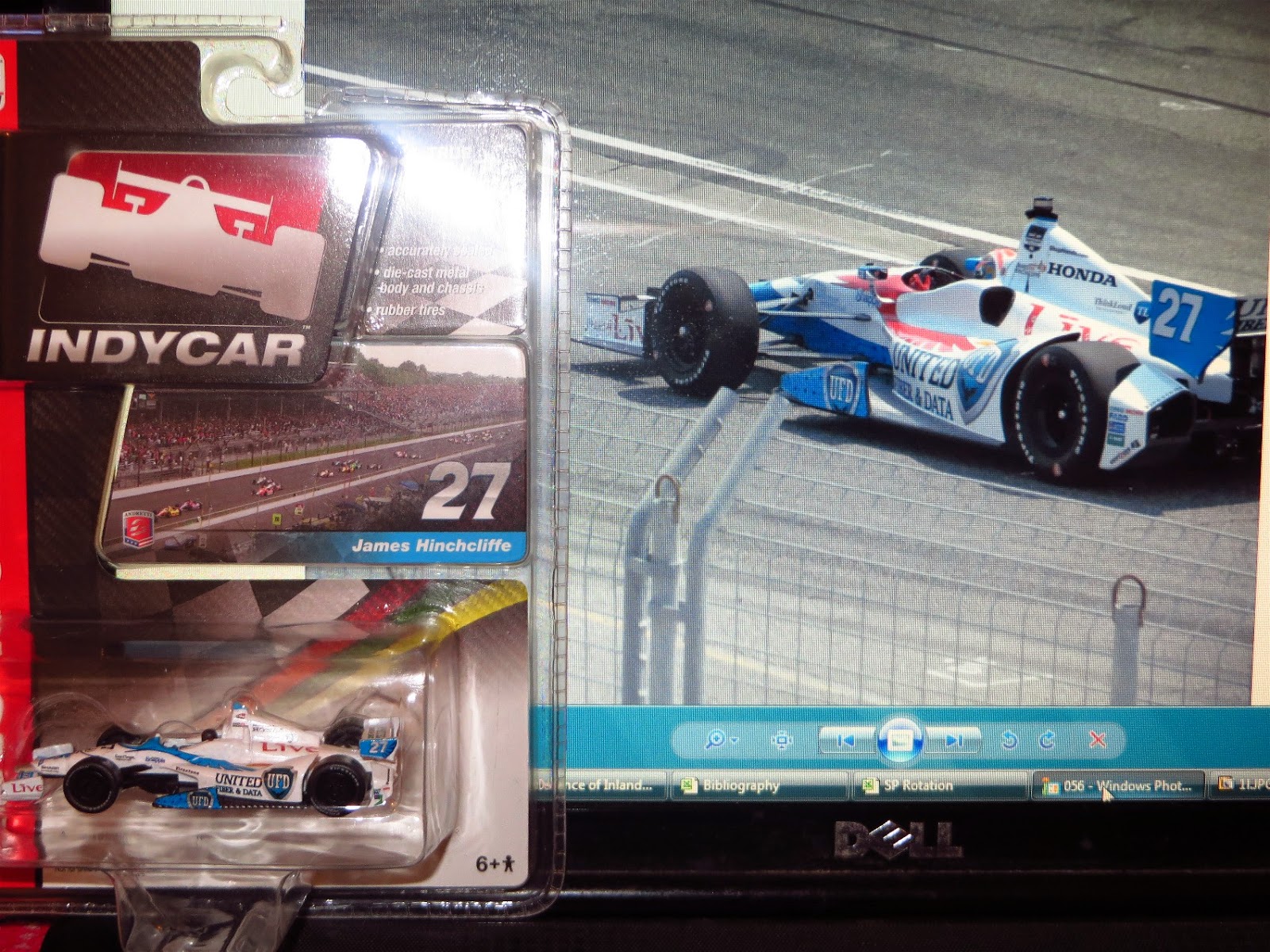 We then went into the infield where I bought a delicious Detour Beer form Muskoka Brewery and made a new friend. We are colourful! 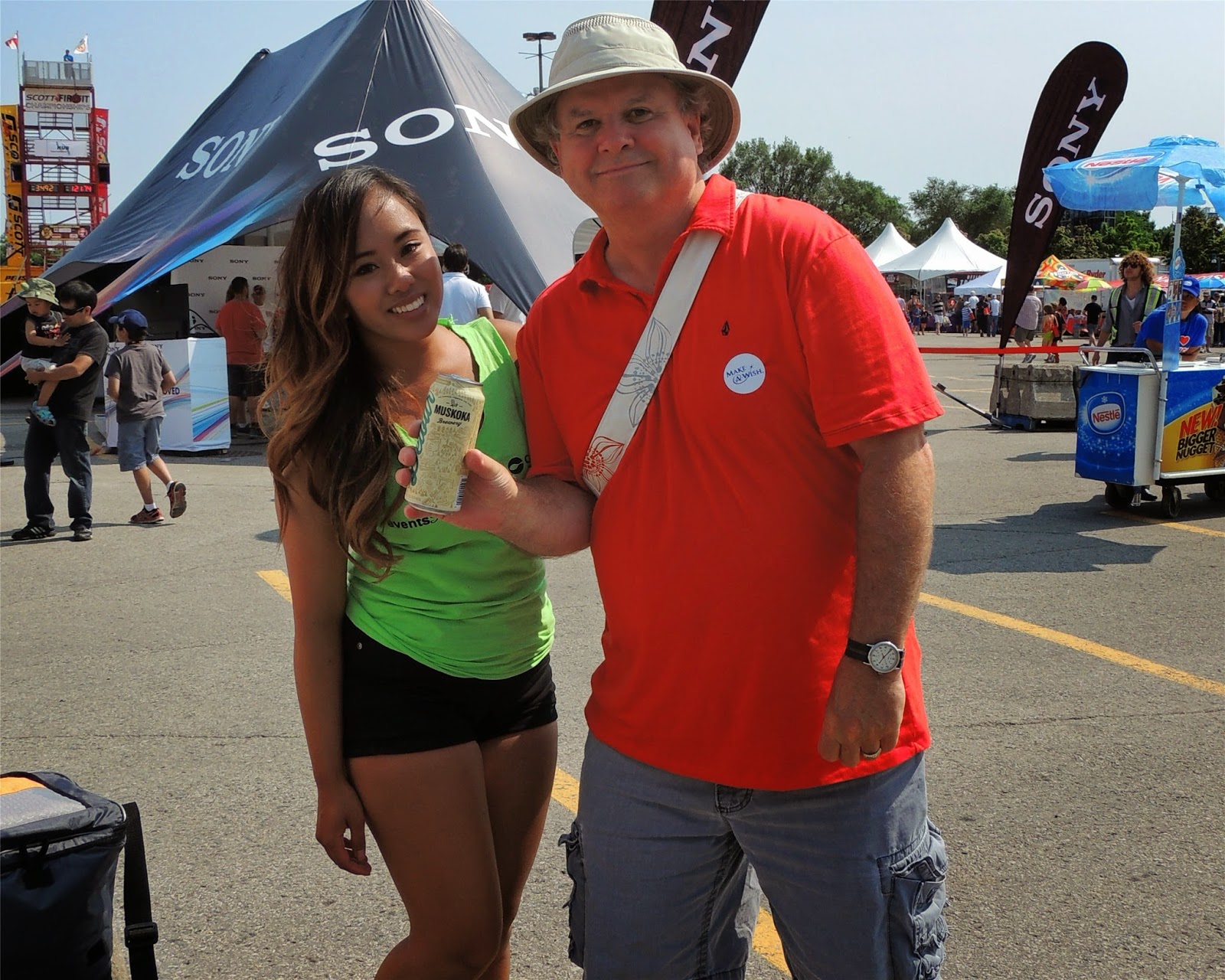 I always enjoy this display. An Indy car being held up by four teacups! 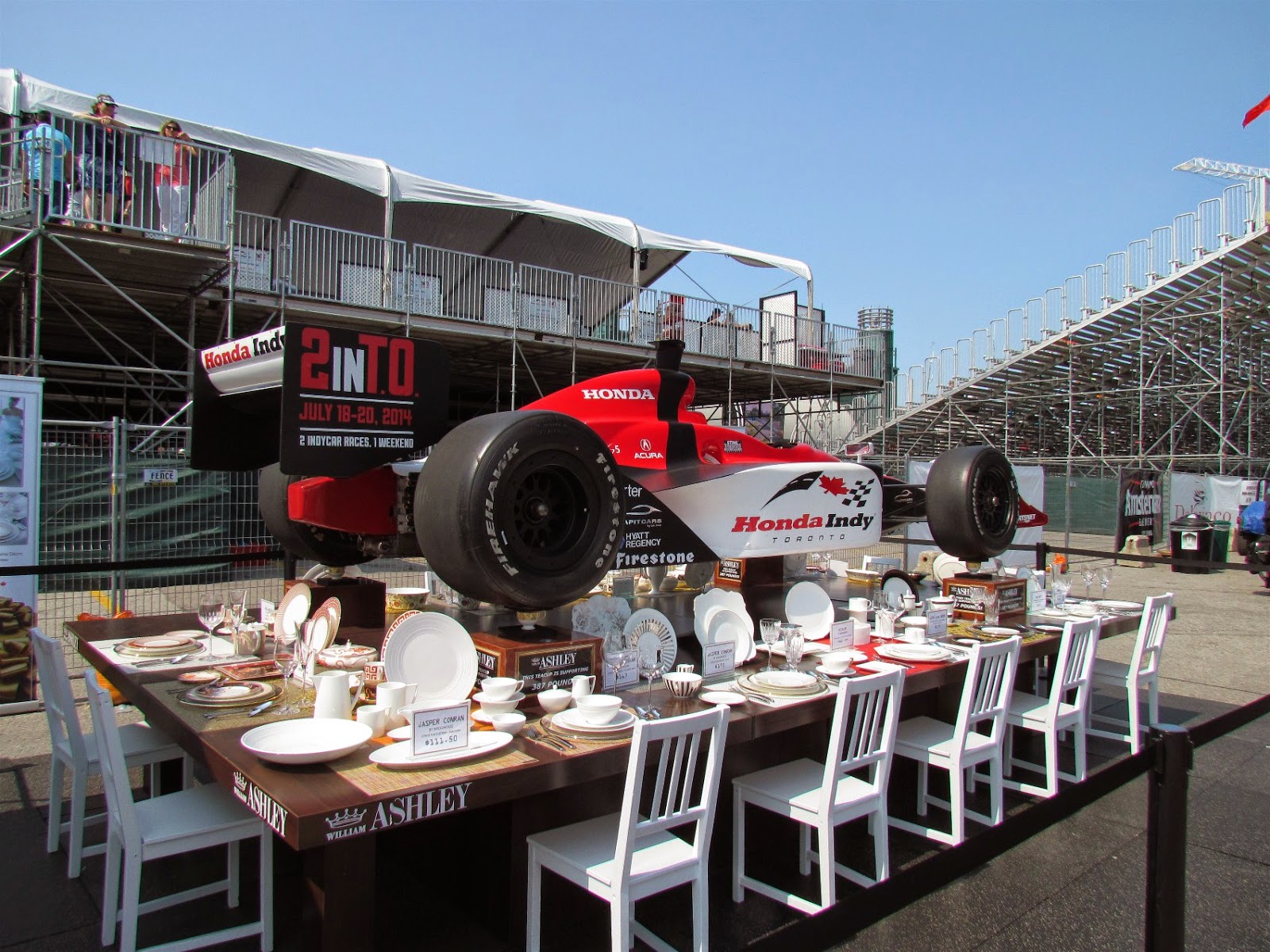 An Indy Light car at full speed on the back straightaway. 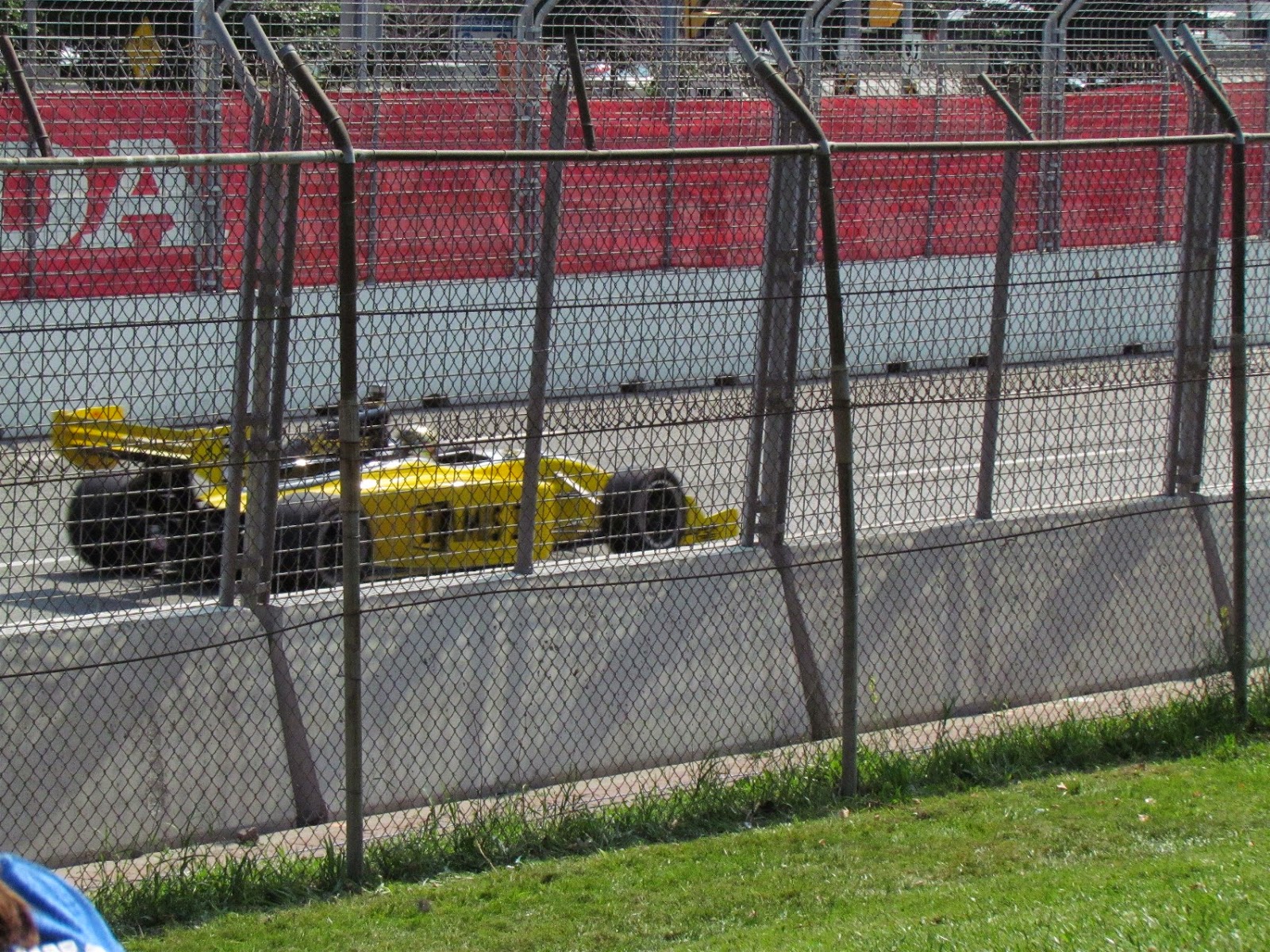 In the food and beer garden, Teena had a pulled pork sandwich and I had a beef brisket from Hank Daddy's. I had a couple of beer too! 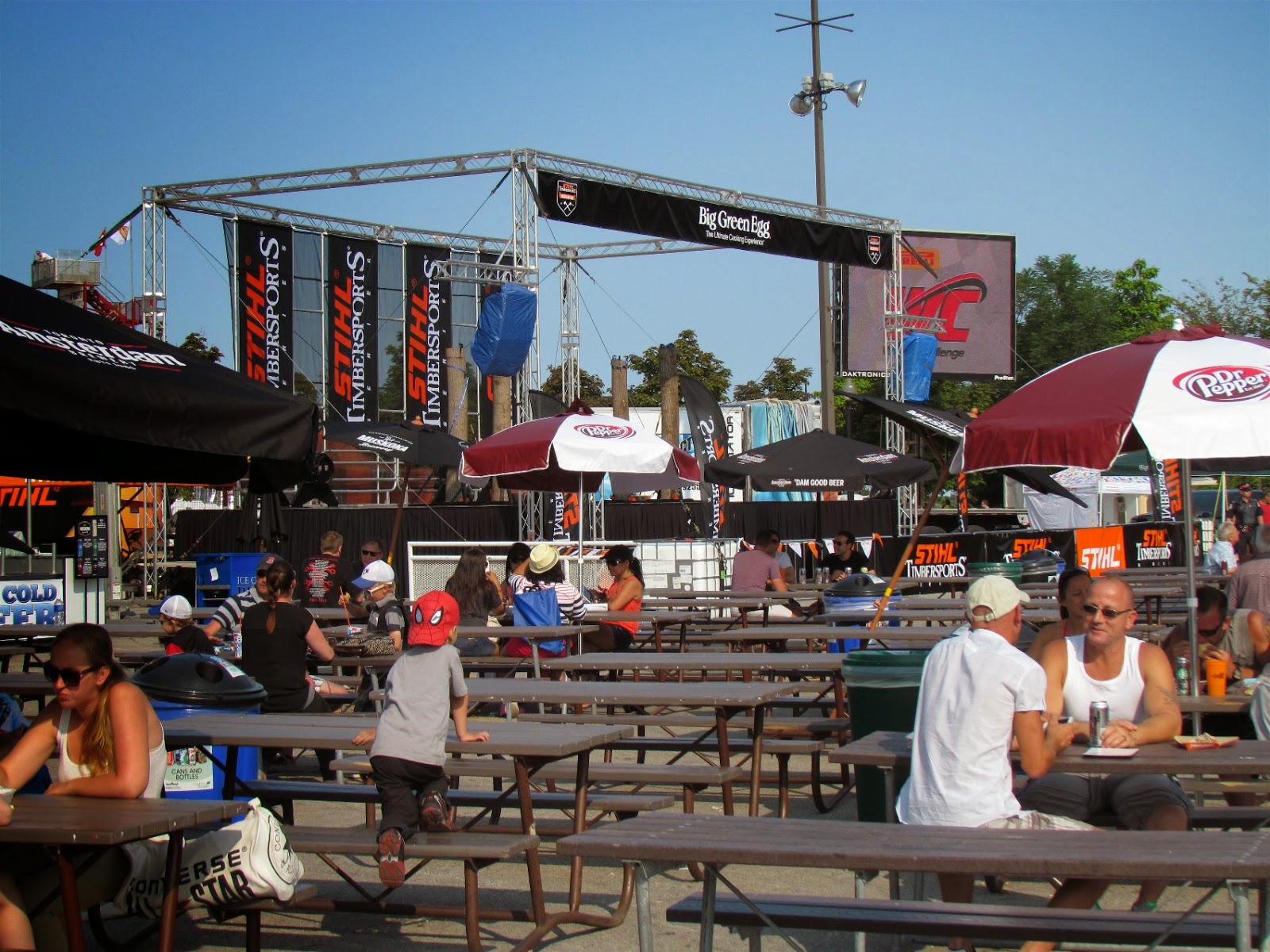 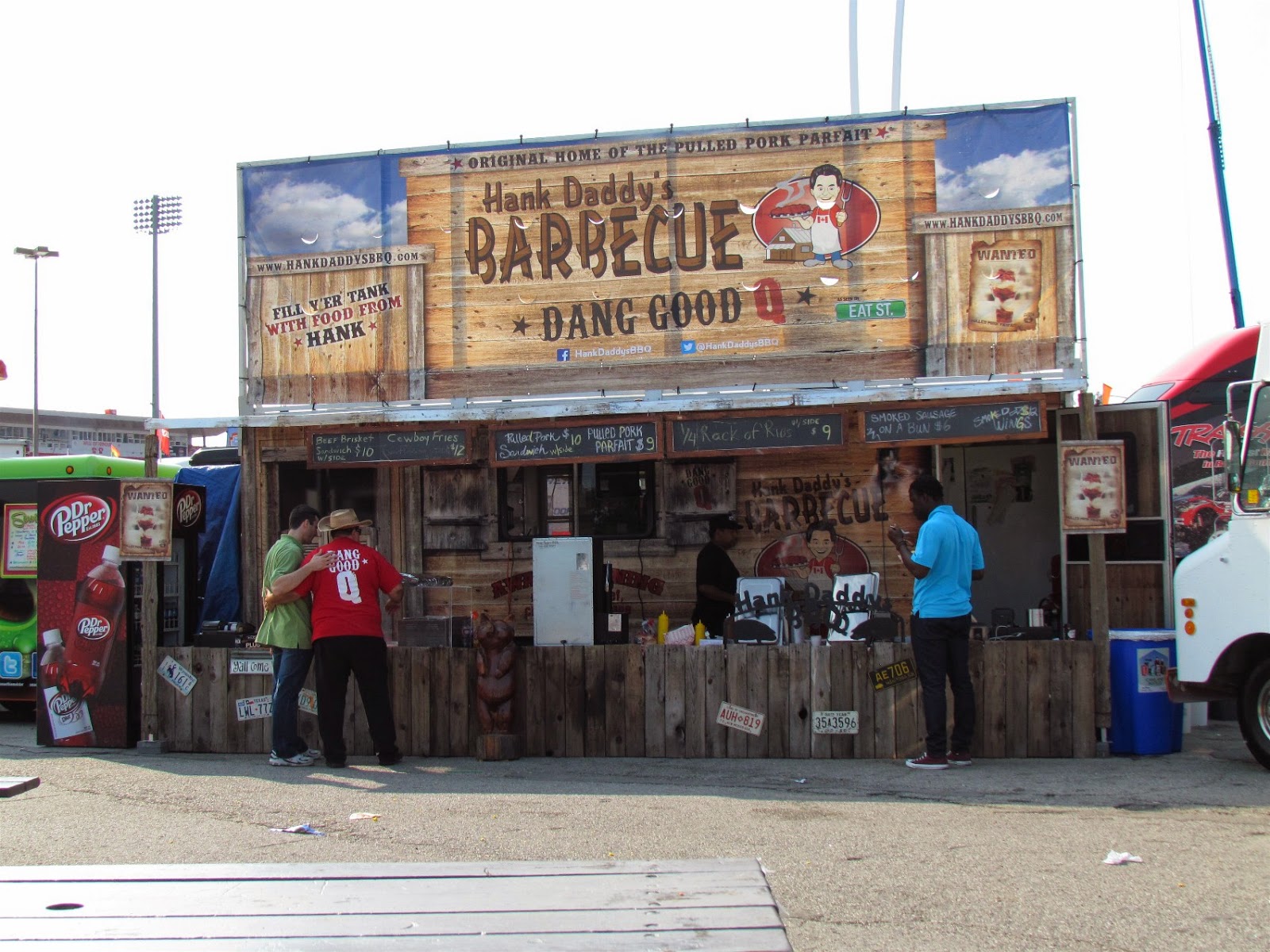 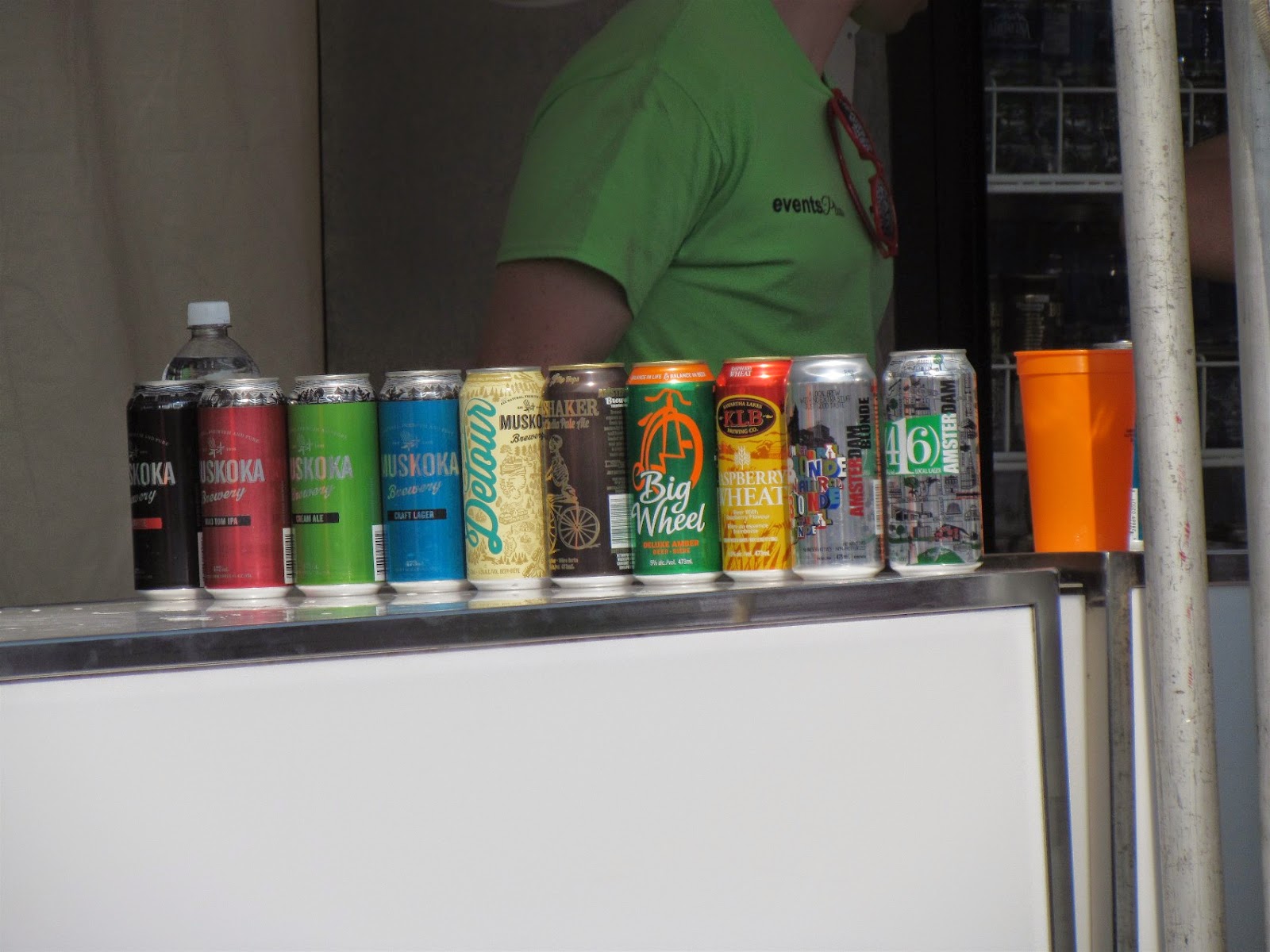 On our last stop of the afternoon, we had a chance to see a beautiful stainless silver car that we had noticed when we arrived in action, and saw it again heading back to it's paddock. 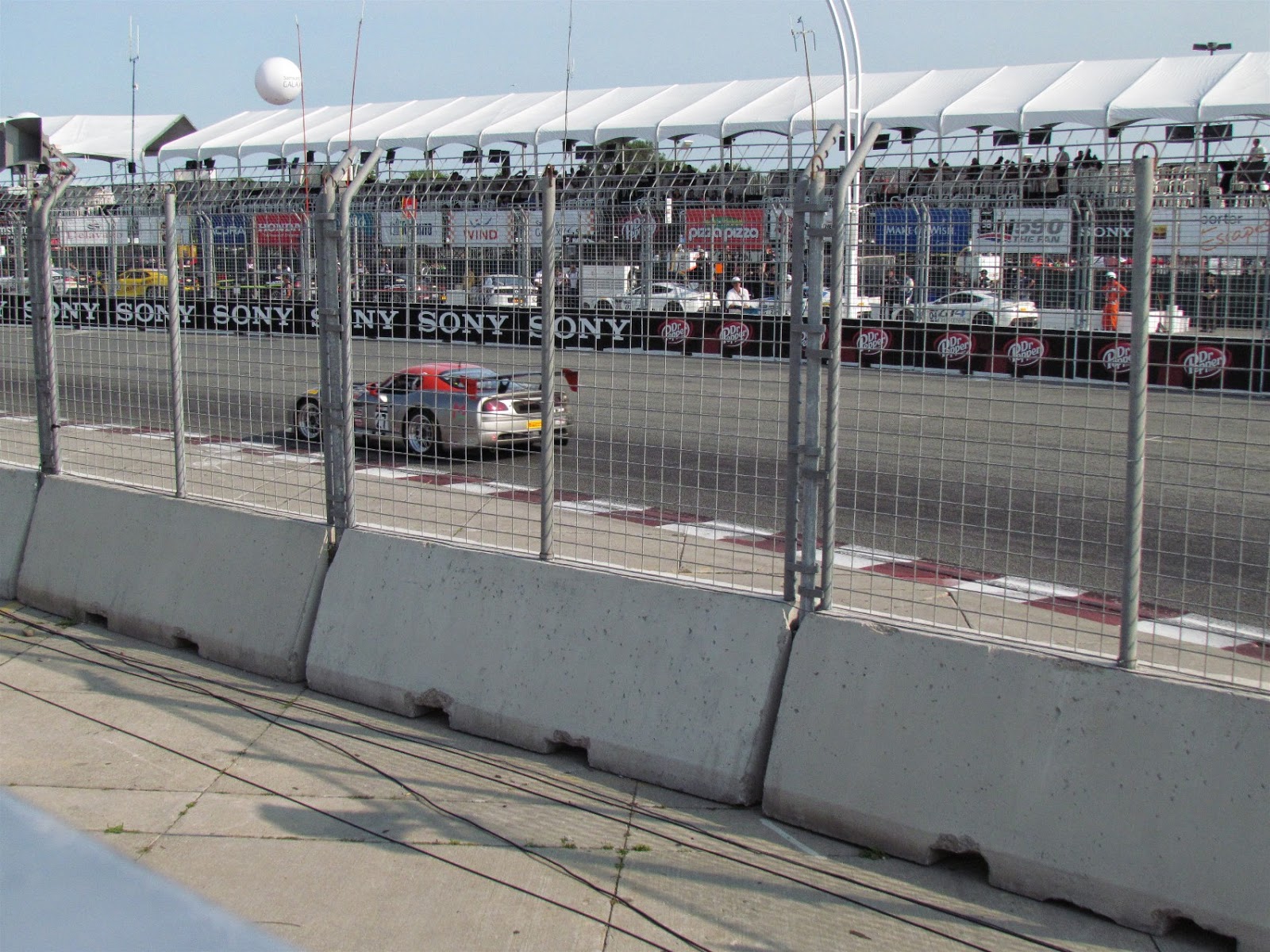 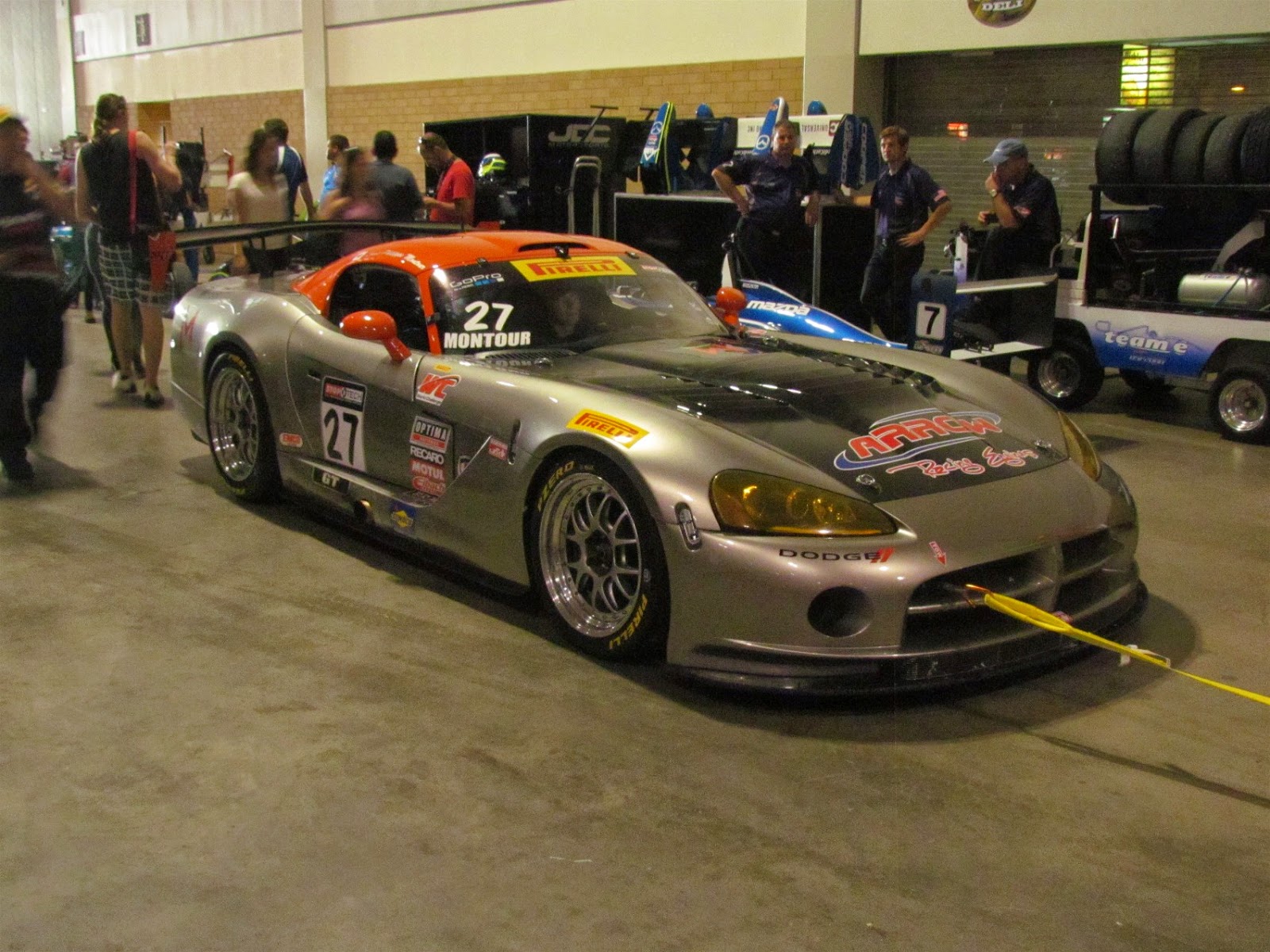 As always, it was a fun afternoon. It's been quite a few years since I have gone to the race. I might do that Sunday or perhaps next year. Free Friday is always a great afternoon! 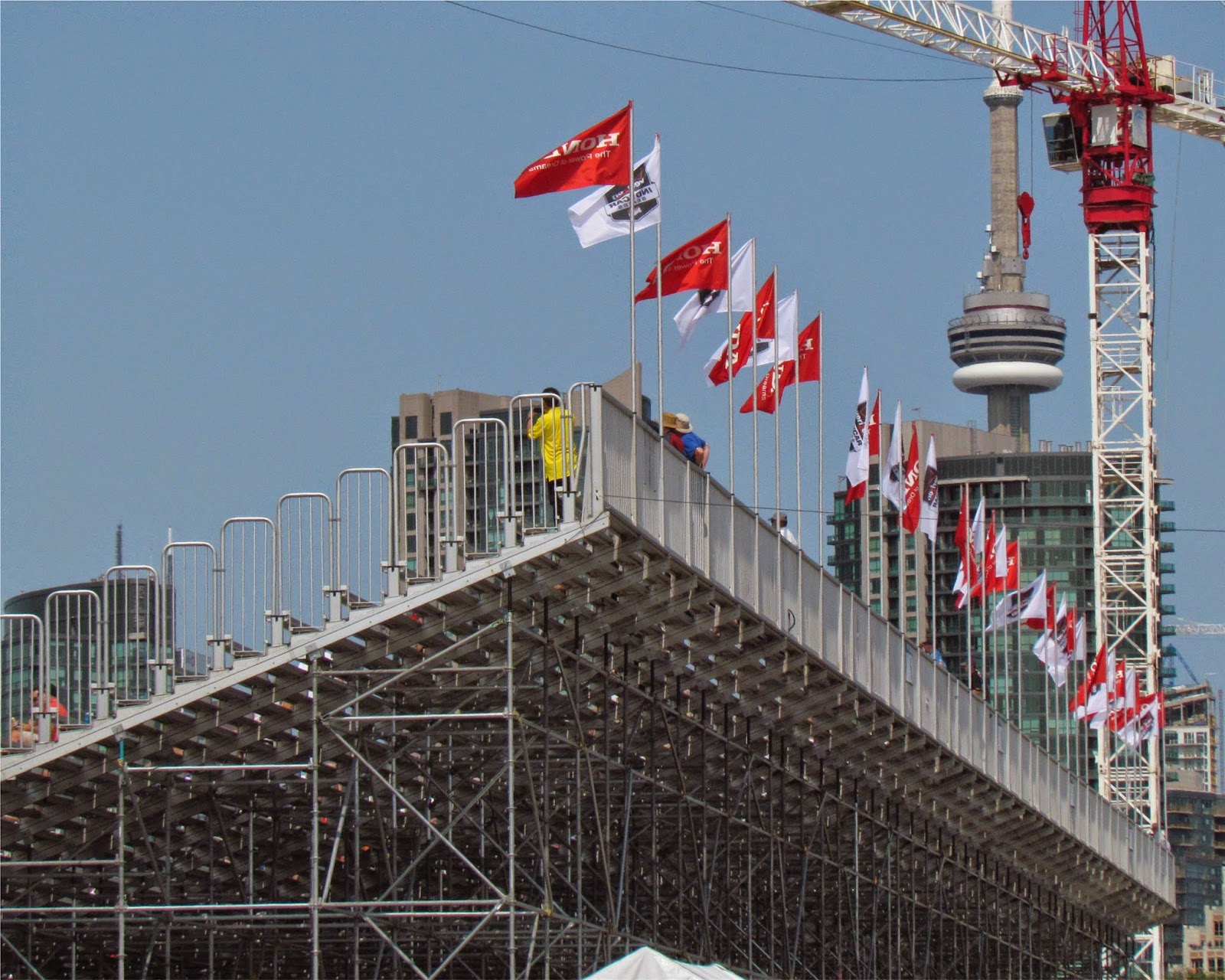