Our Second Game at Wrigley 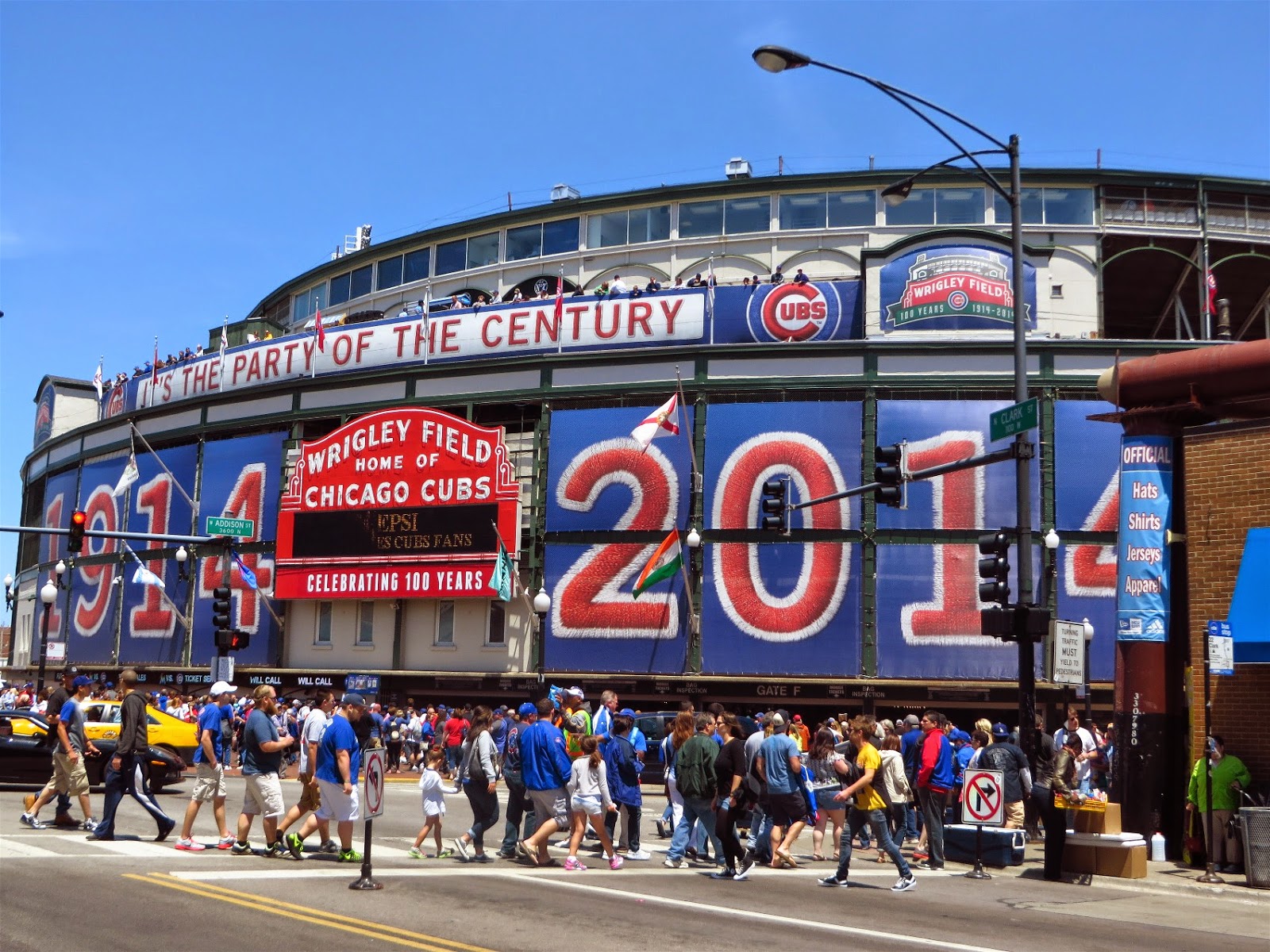 This afternoon, Kevin, Craig, Alfred and I headed back to Wrigley Field to watch the Miami Marlins take on the Chicago Cubs who were riding a five game winning streak. Instead of taking the Red Line, which went half way to the park underground, we instead took the L from Kimball, which runs above the streets of the city. 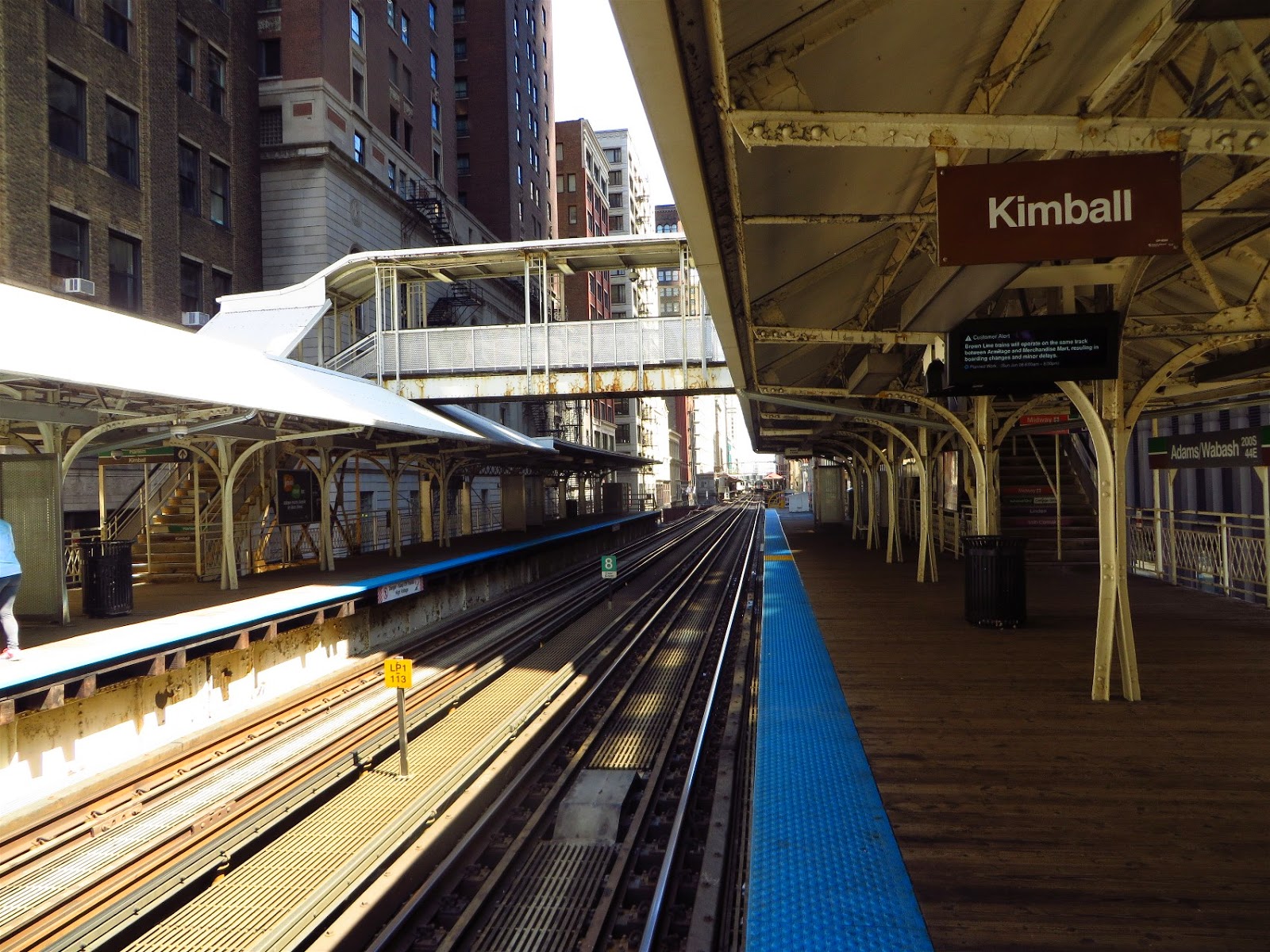 It was a cold but sunny day out. I decided to leave my jacket back at the room and show off my Cubbie colours! 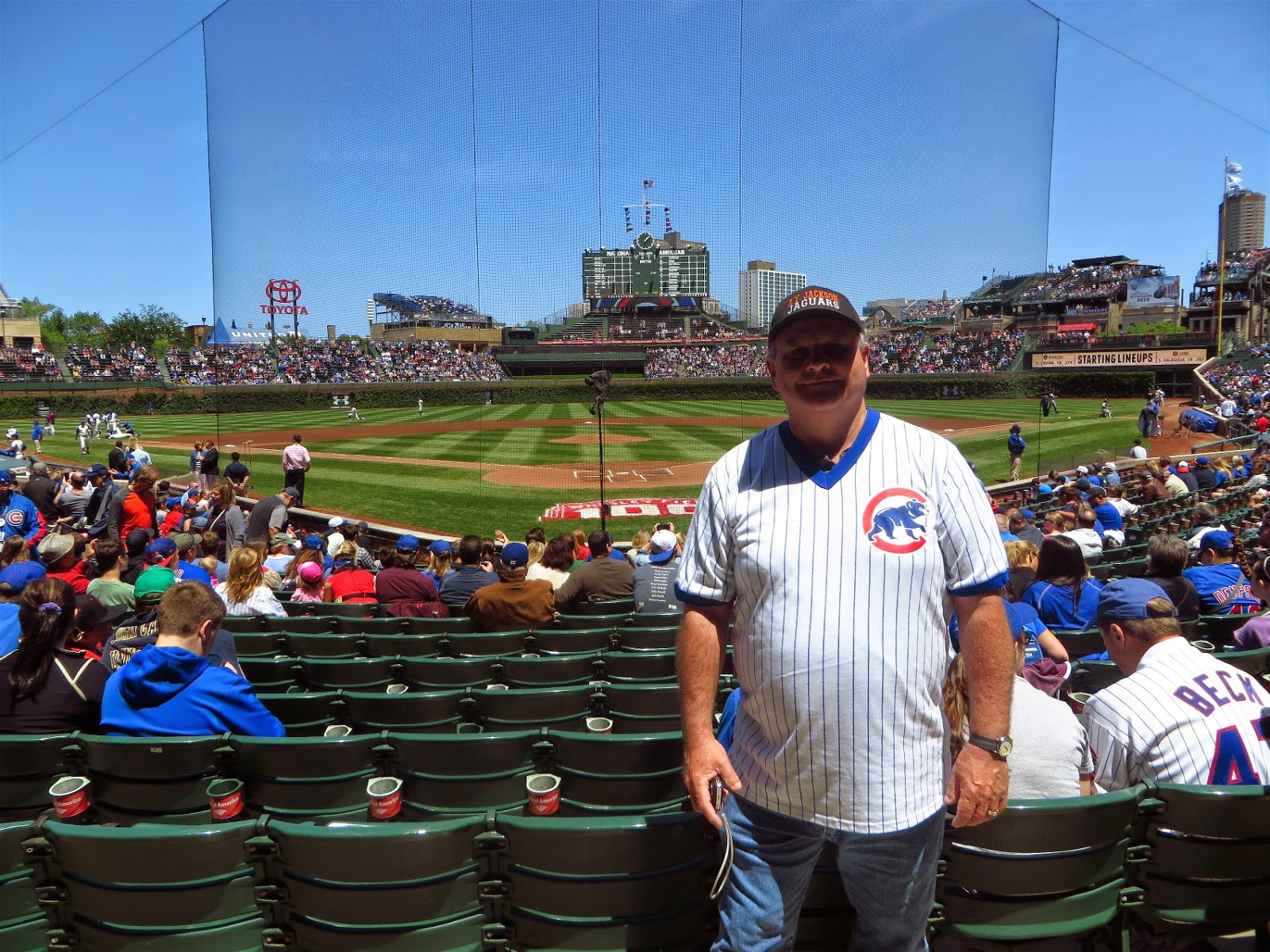 The fabled Wrigley Ivy that adorns the outfield walls. 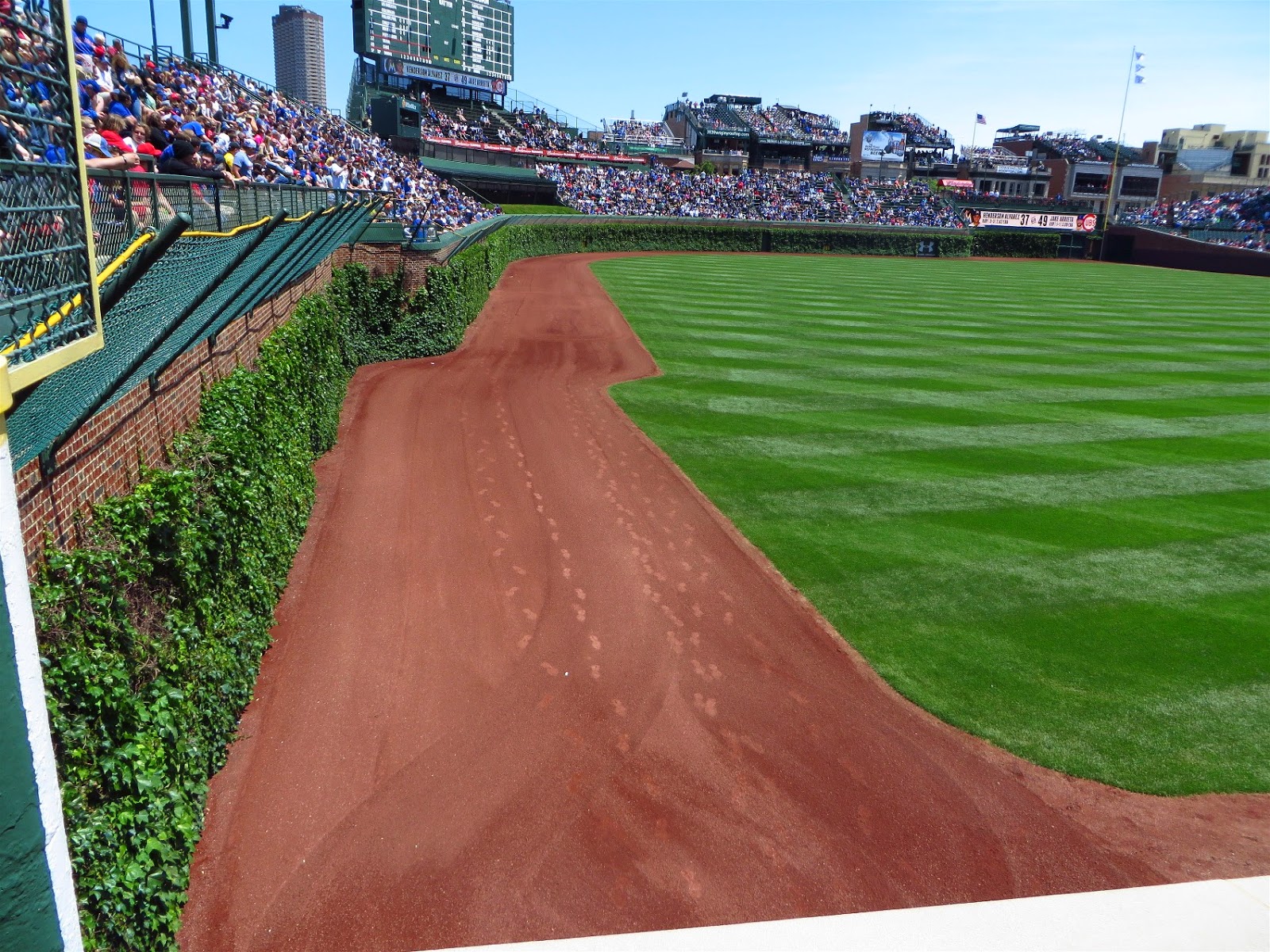 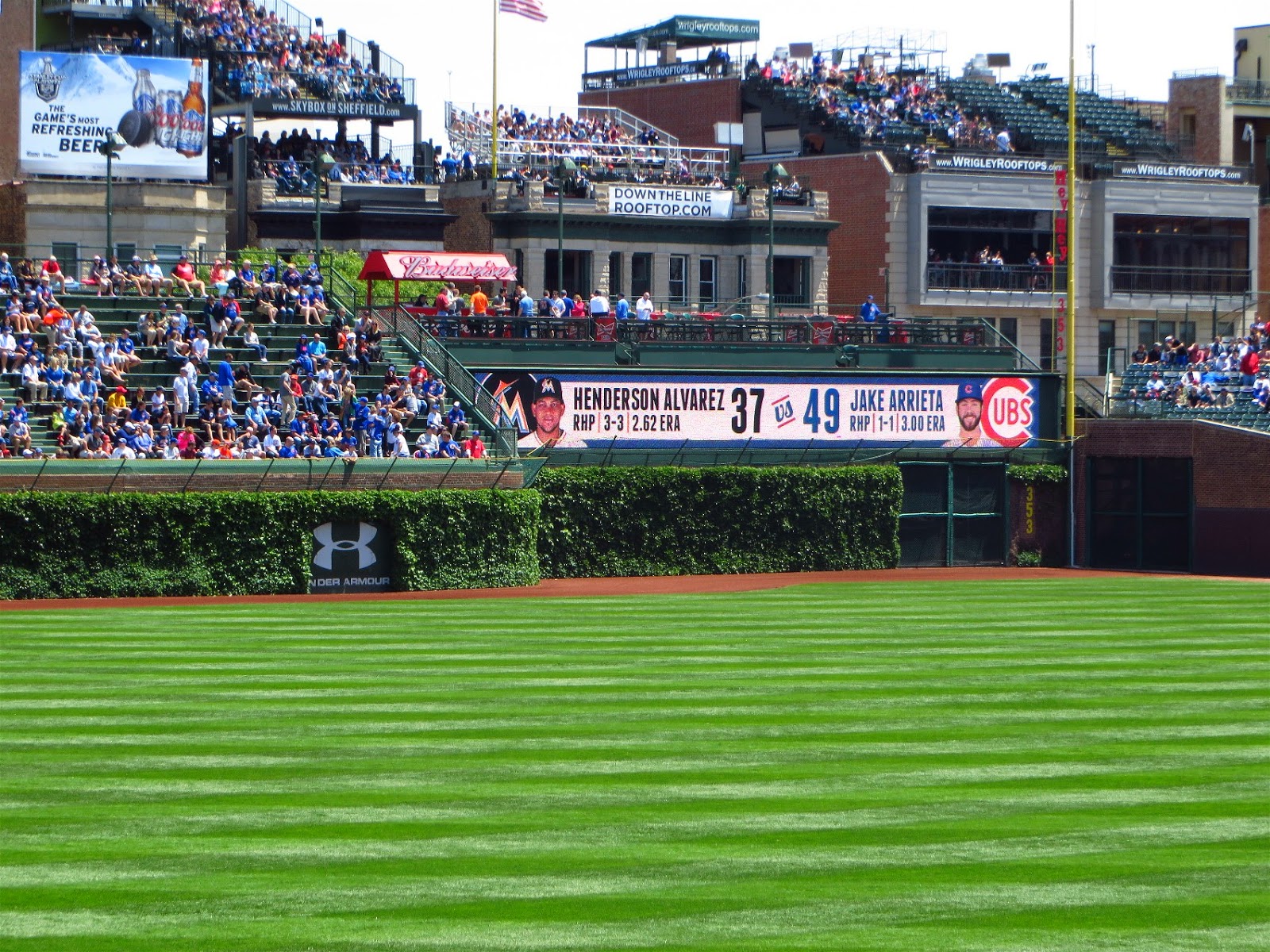 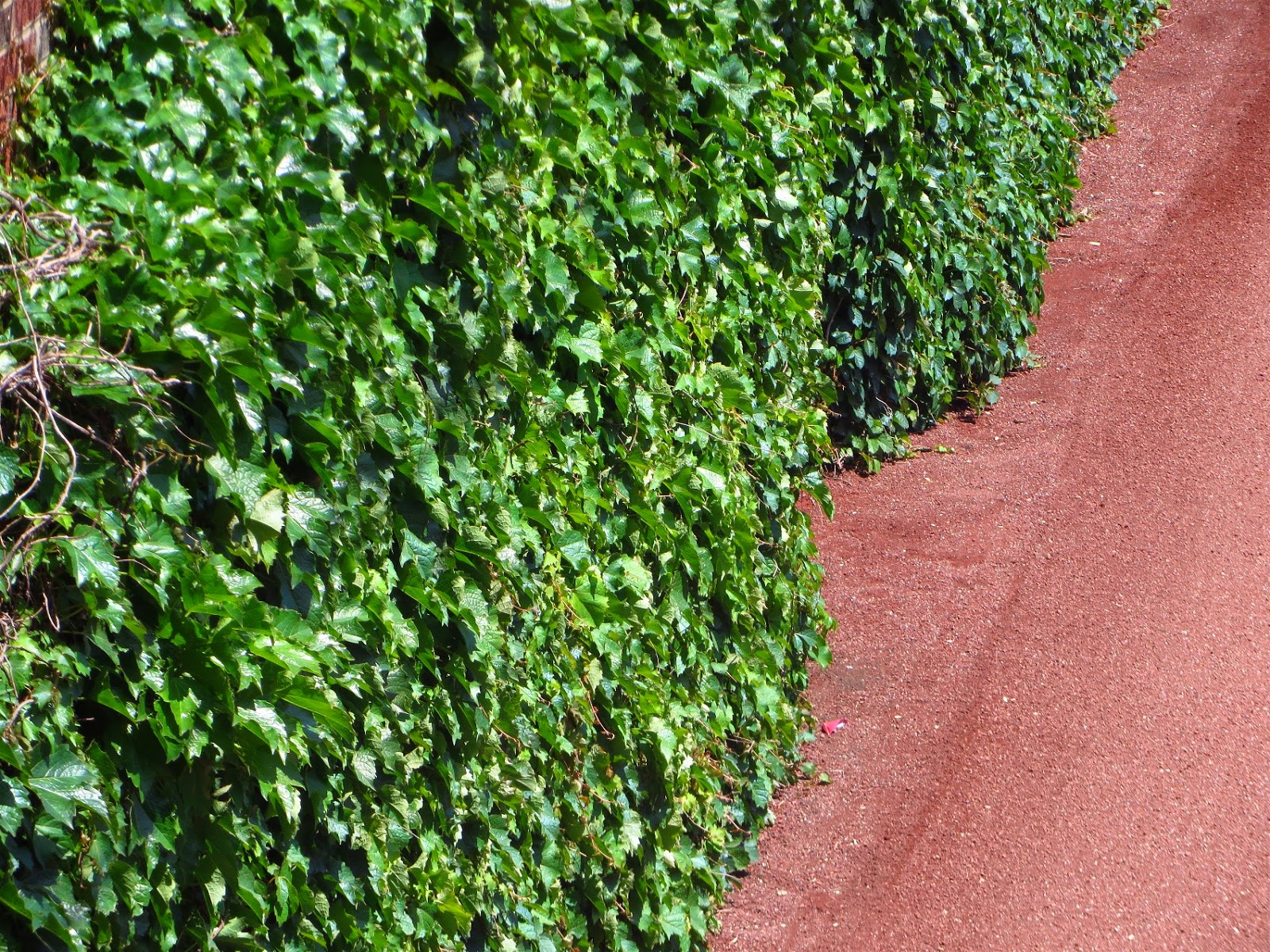 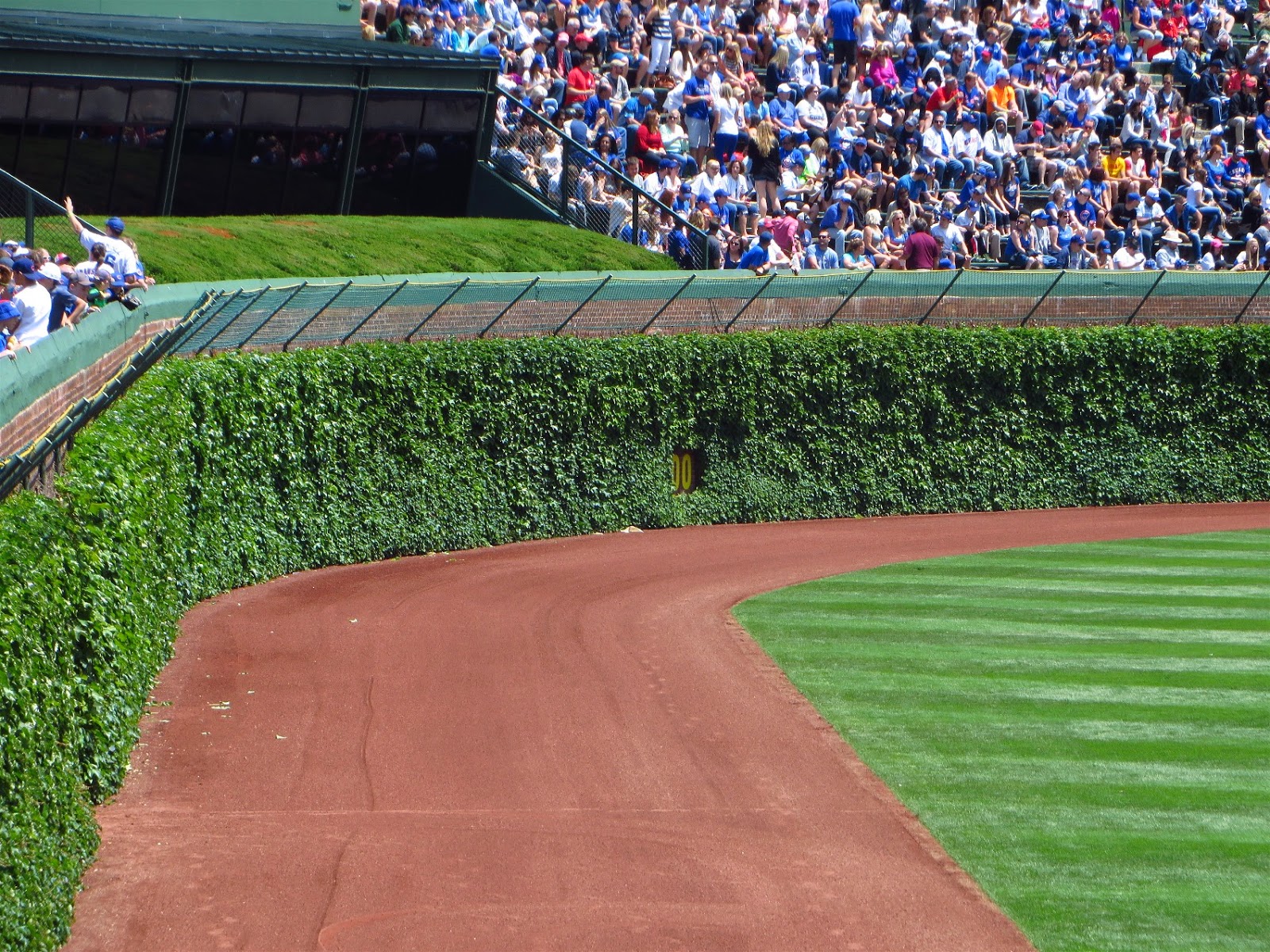 The section we sat in yesterday. 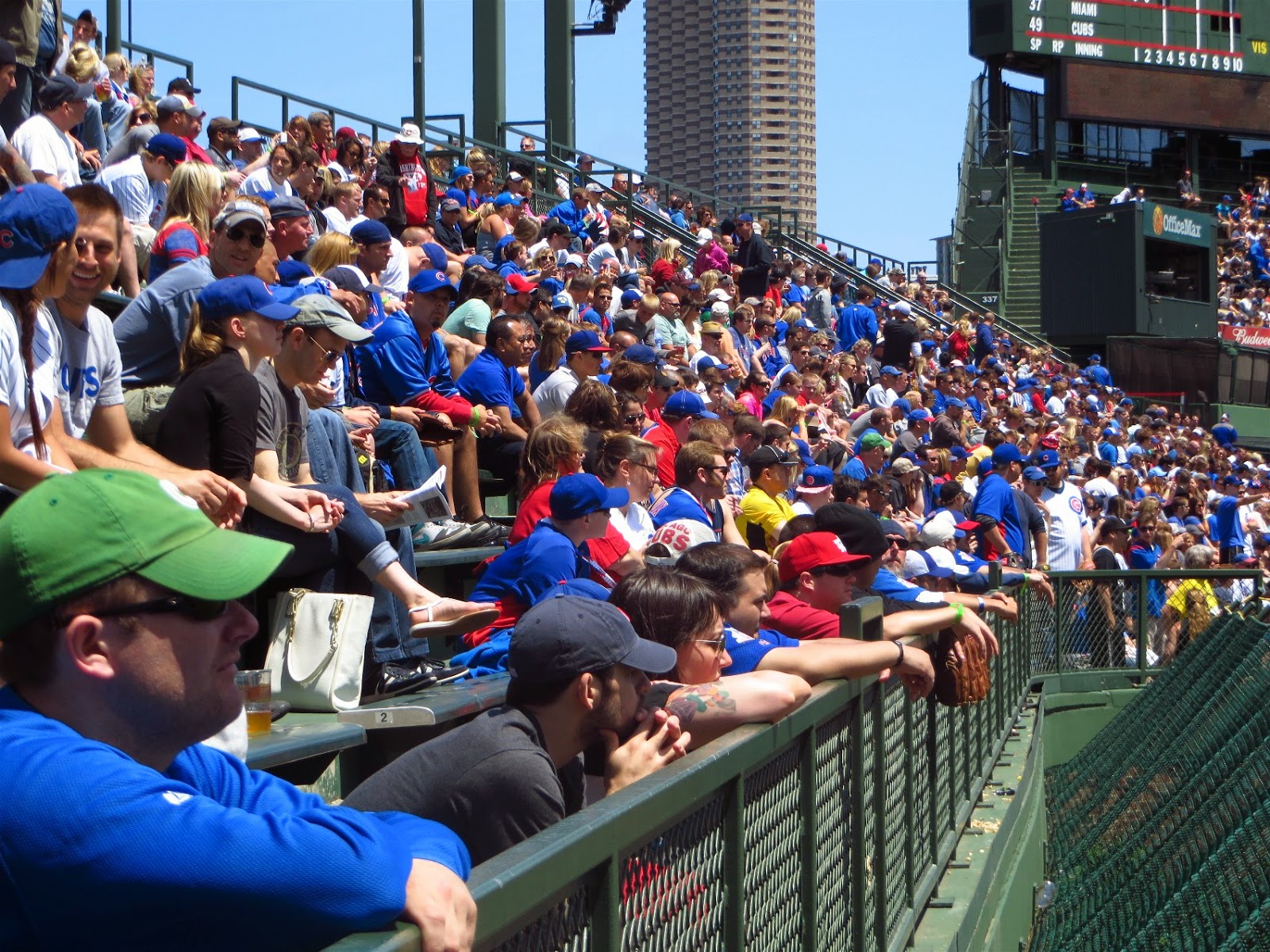 First pitch. I took this from the left field foul pole. 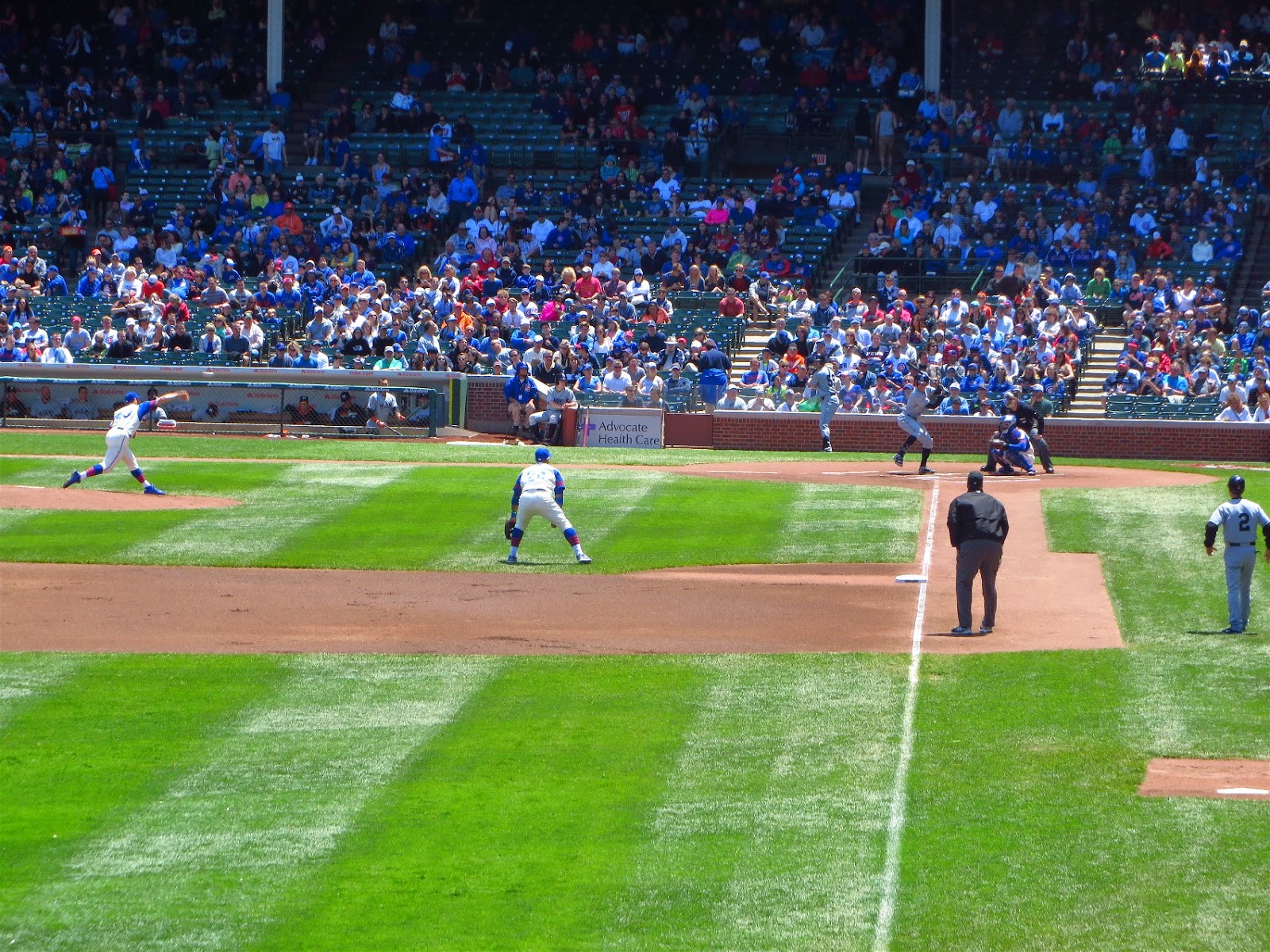 The cold breeze was blowing in which meant there would not be many, if any, home runs. The flags above the board shoe the National league standings. 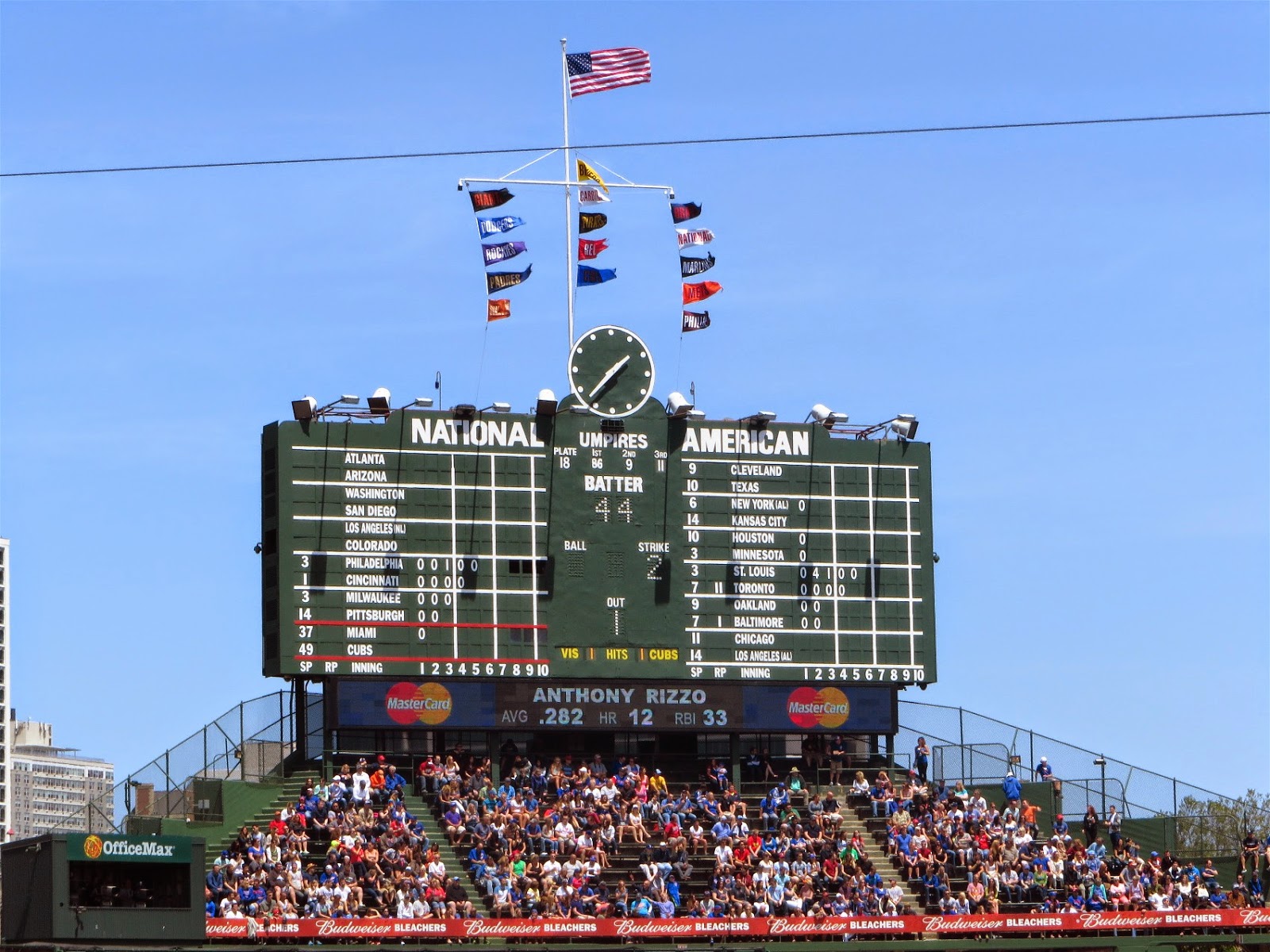 Here is the view from our seats. We were closer than it looks as I was trying to catch as much of the stadium as possible. 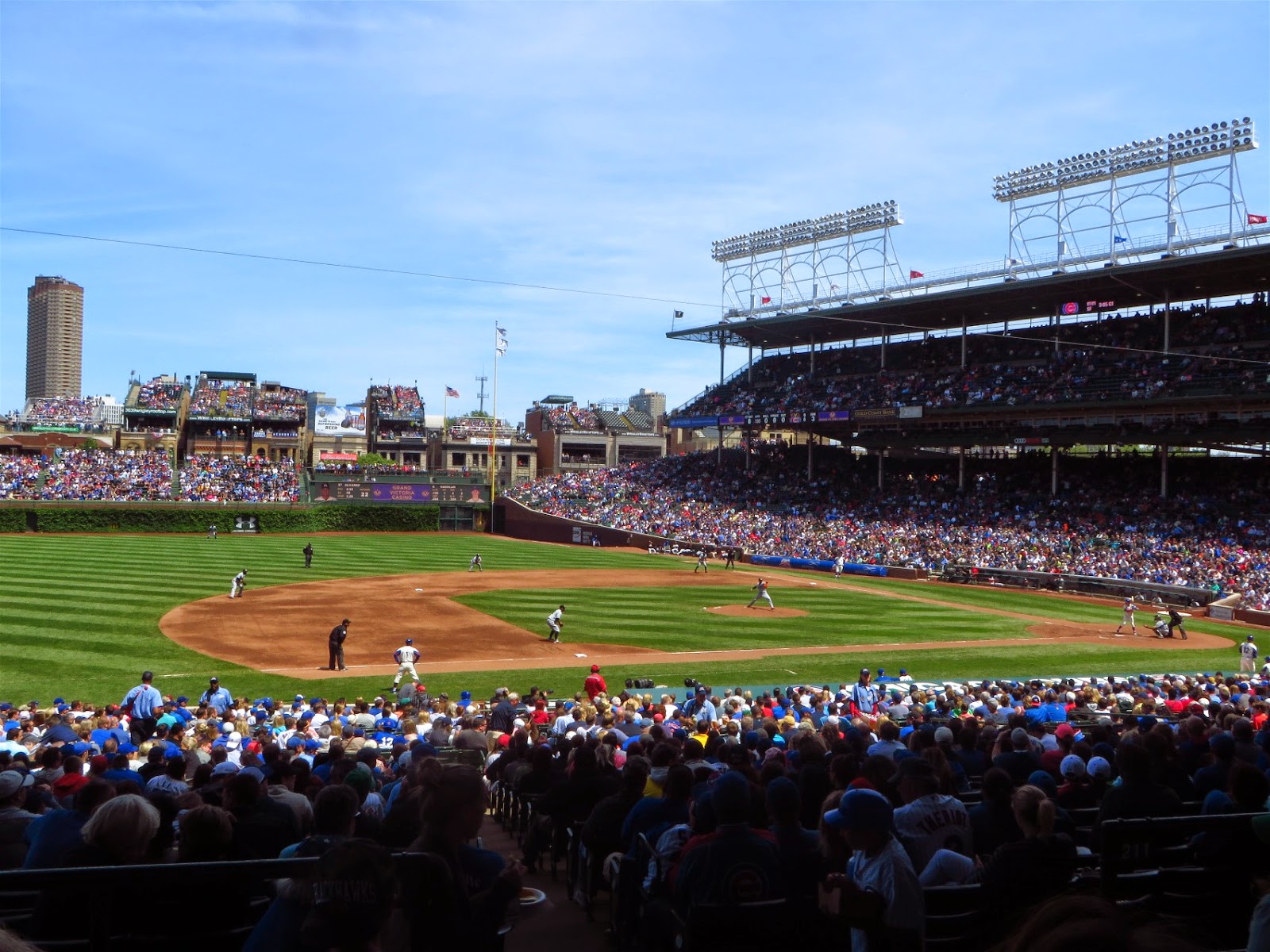 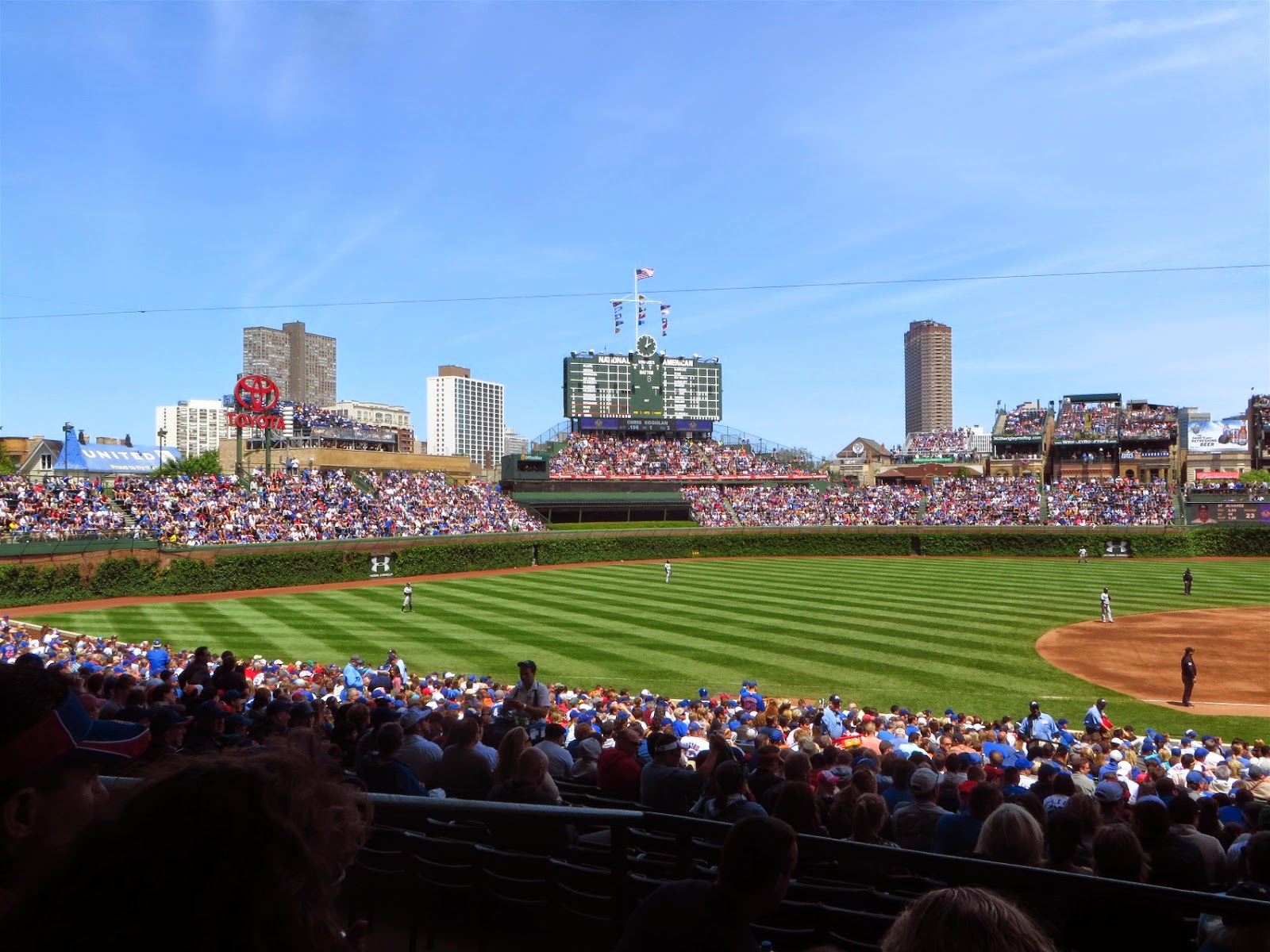 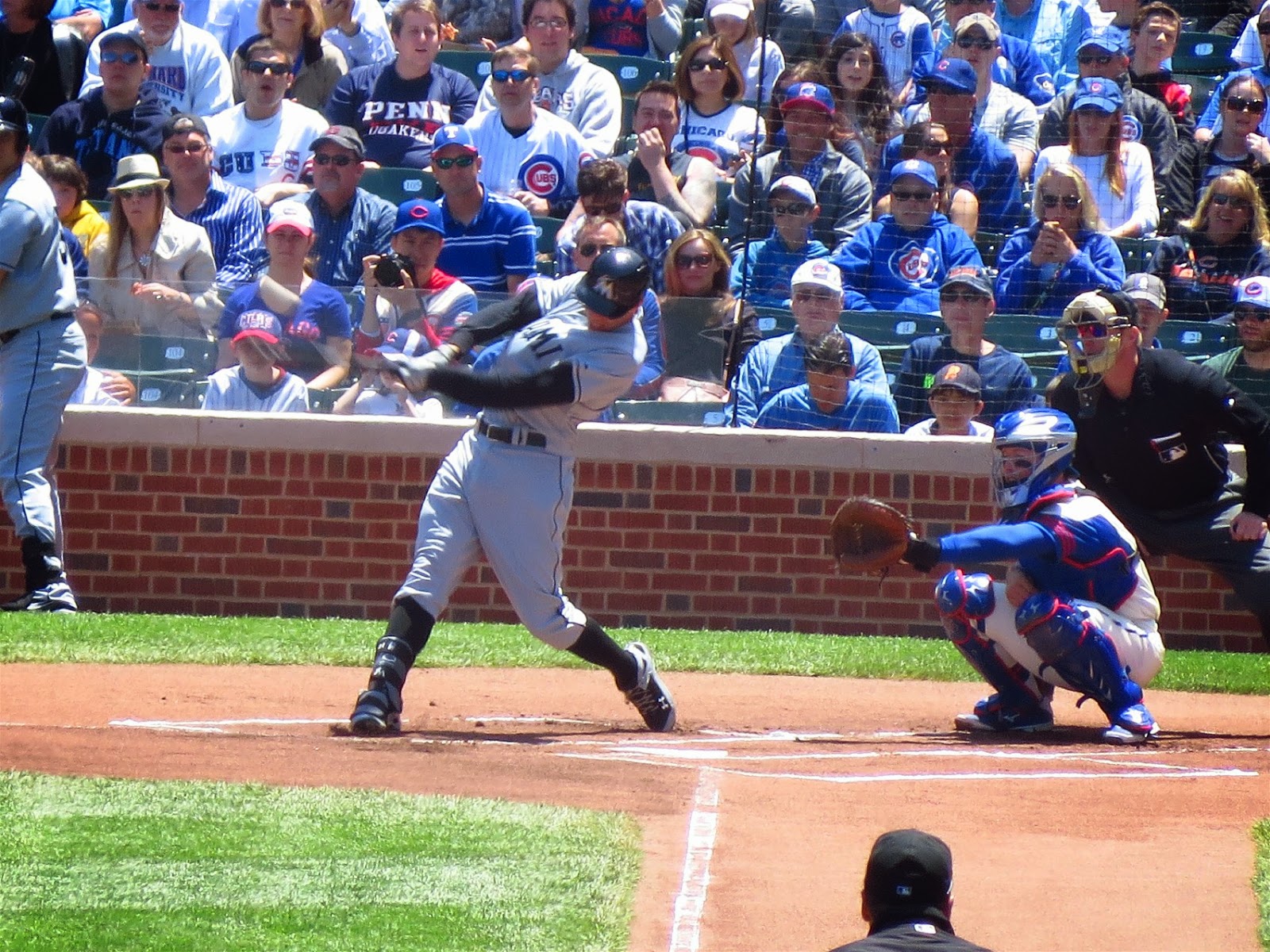 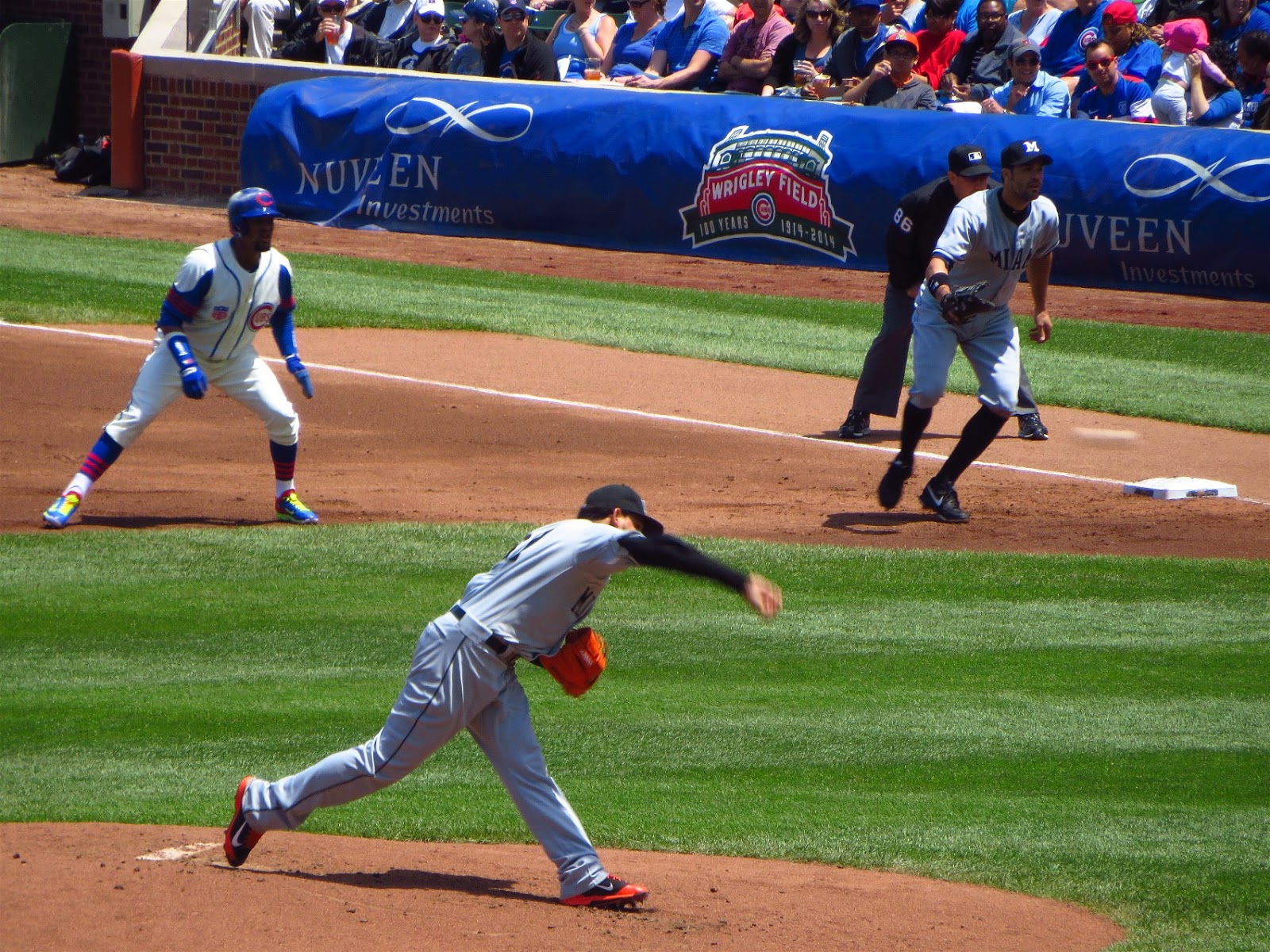 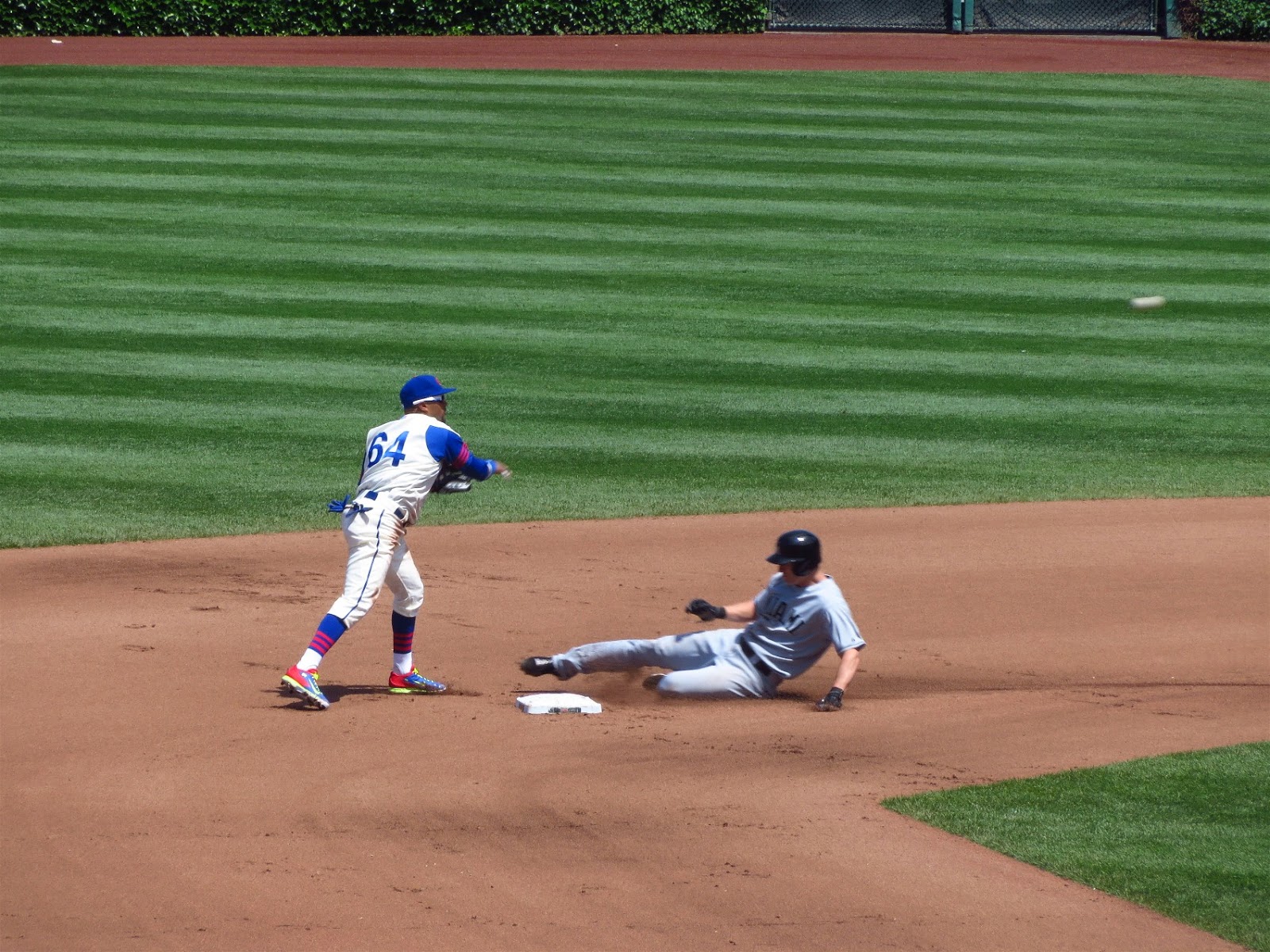 Jake Arrieta was pitching for the Cubs. He is also on my fantasy team, the Rumrunners, so it was fun to watch him in action. He struck out seven, walked nobody and did not give up a run in the six innings he pitched. 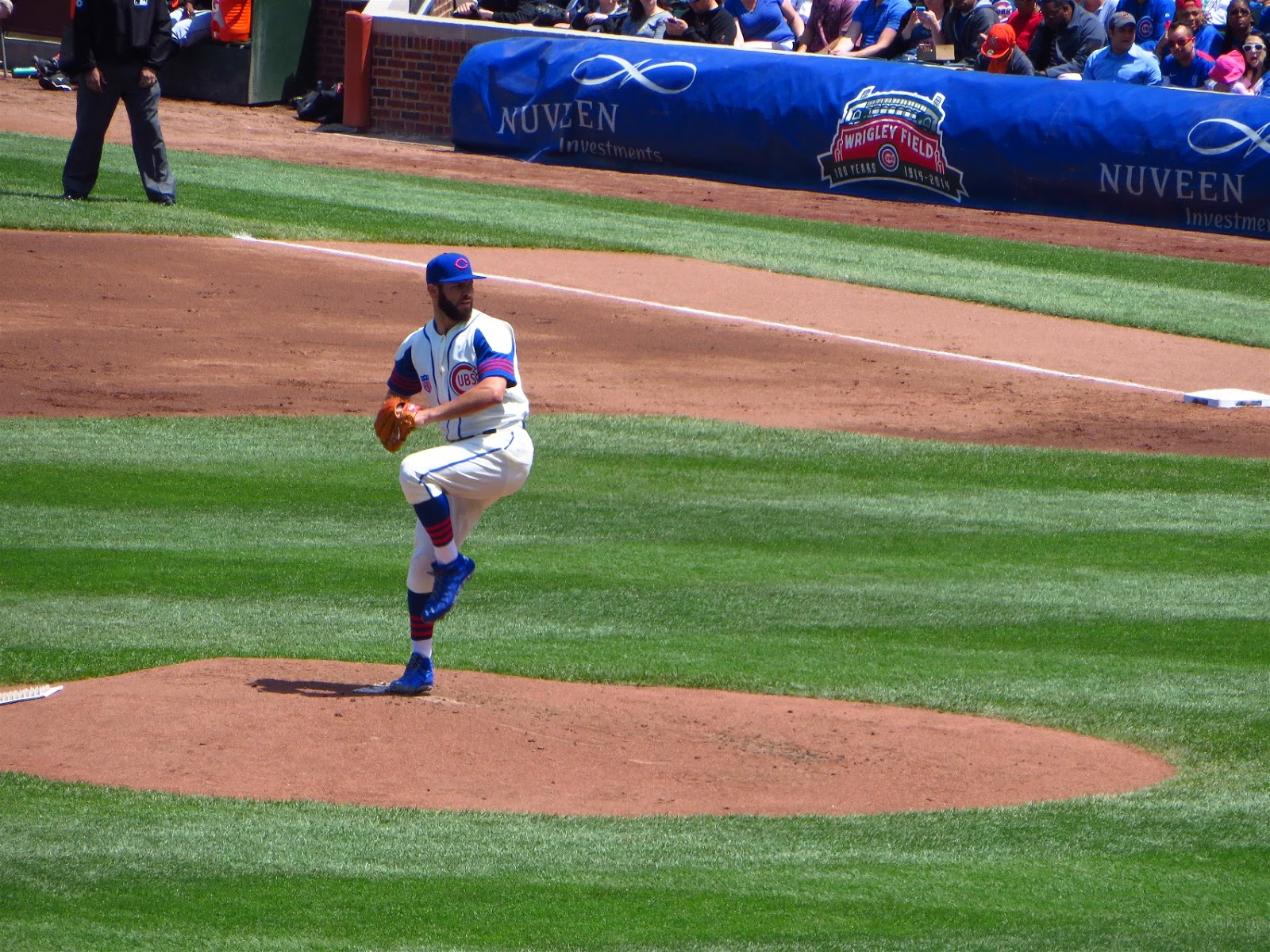 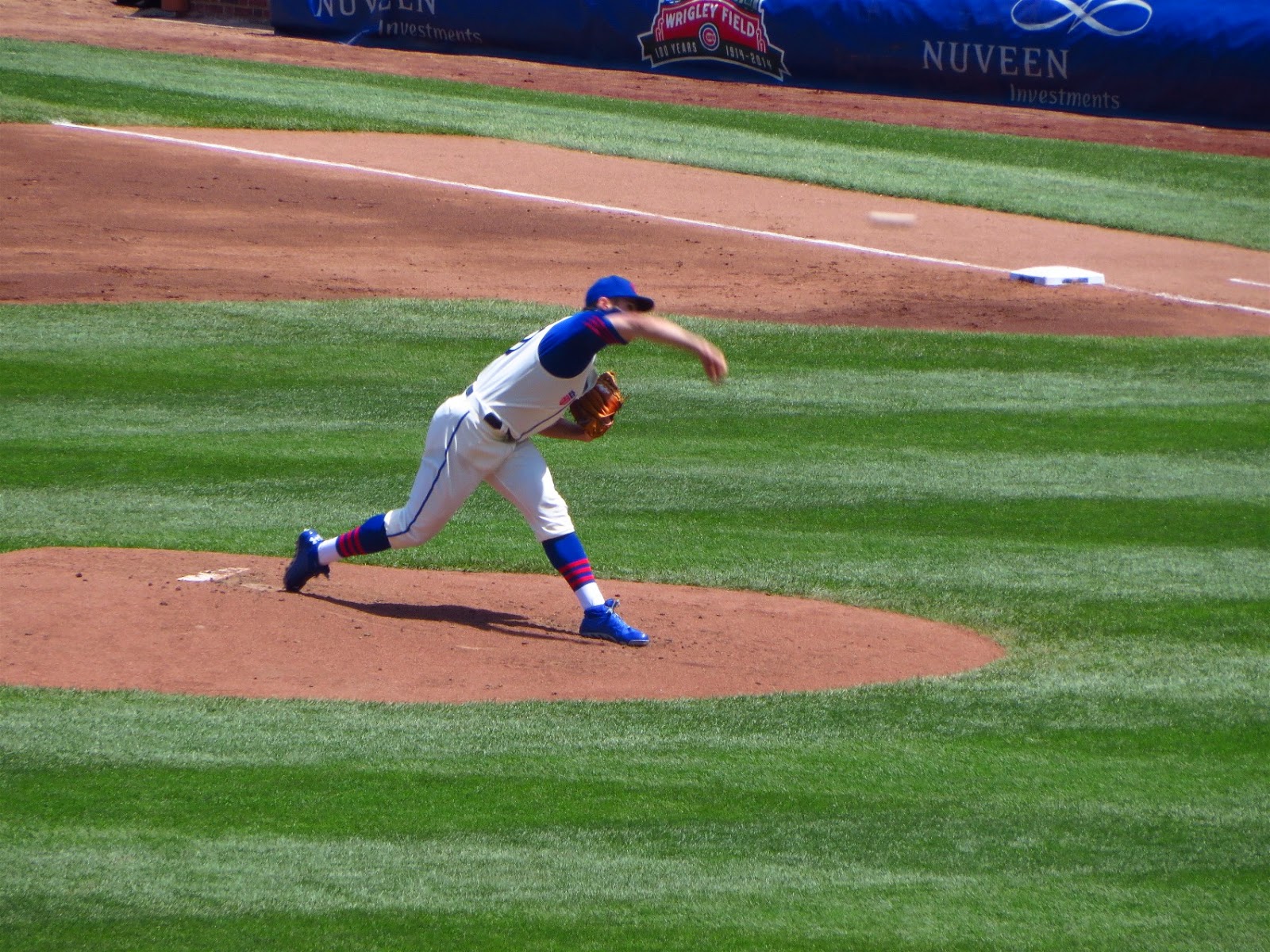 If you wonder why pitchers get so many arm injuries, look at this Miami pitchers arm in motion. 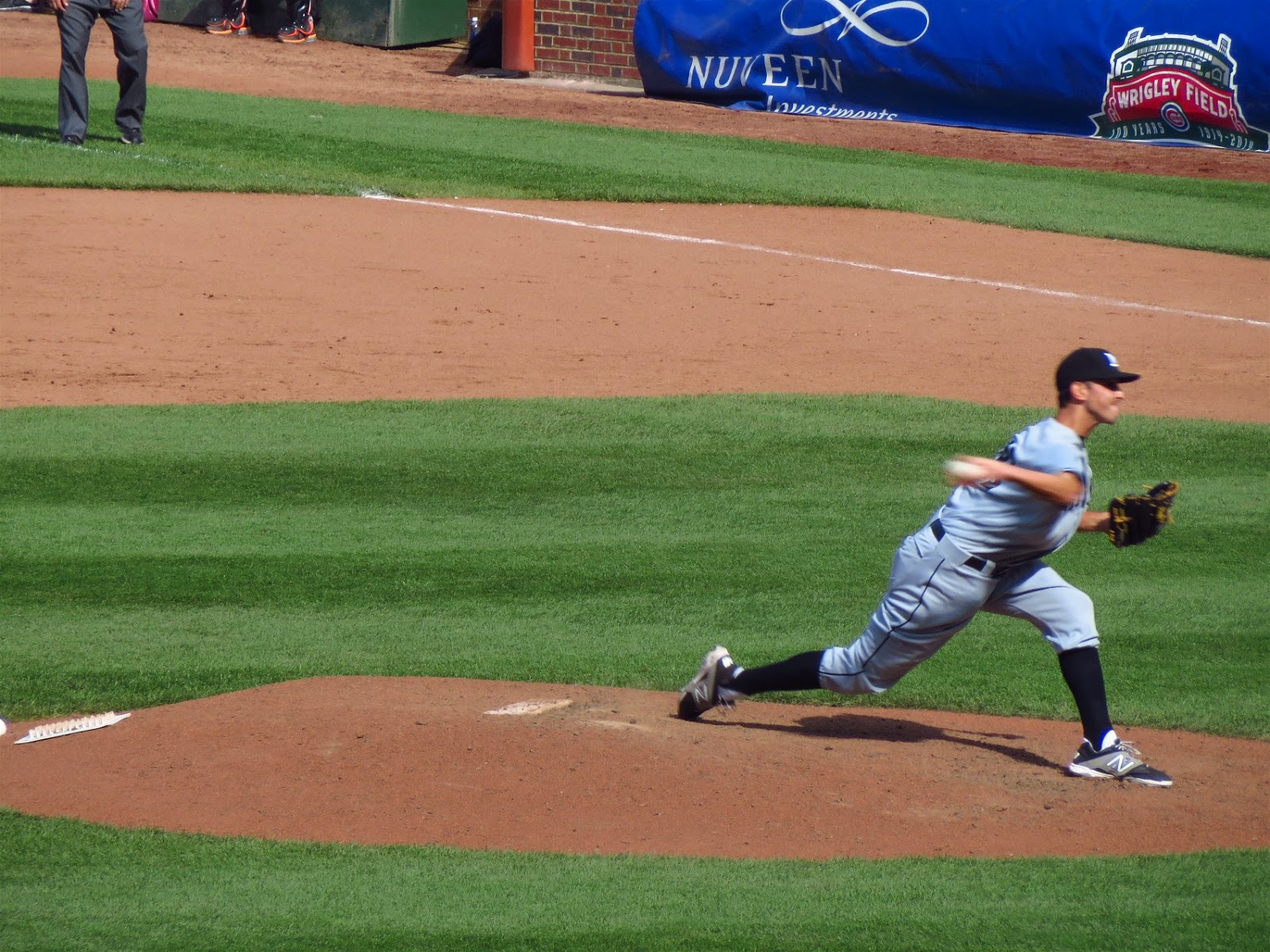 Every three innings the grounds crew takes the lumps out the the infield dirt. 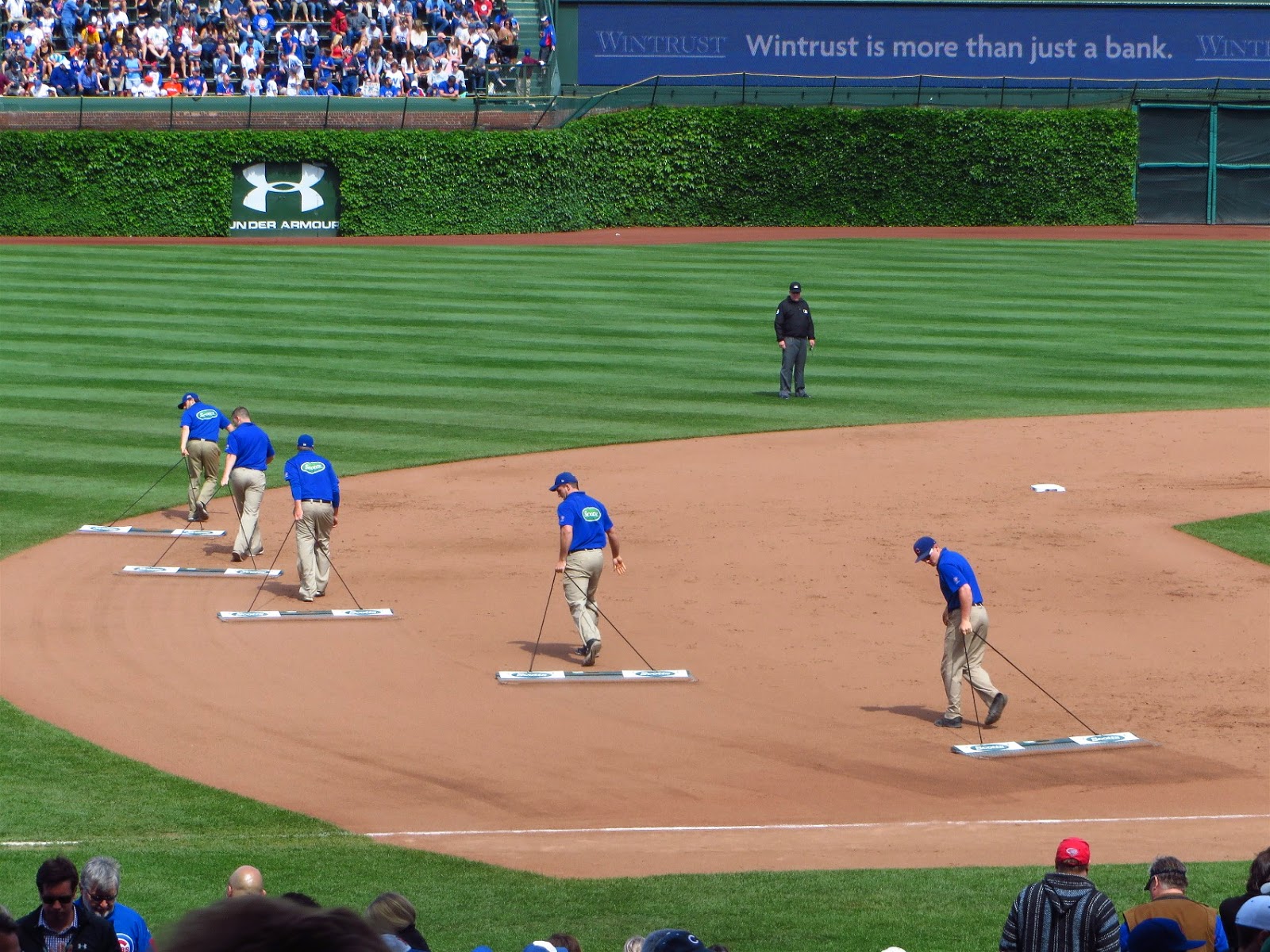 We saw a group eat this gigantic pretzel yesterday. Kevin bought one for us to share! It was hot and delicious! 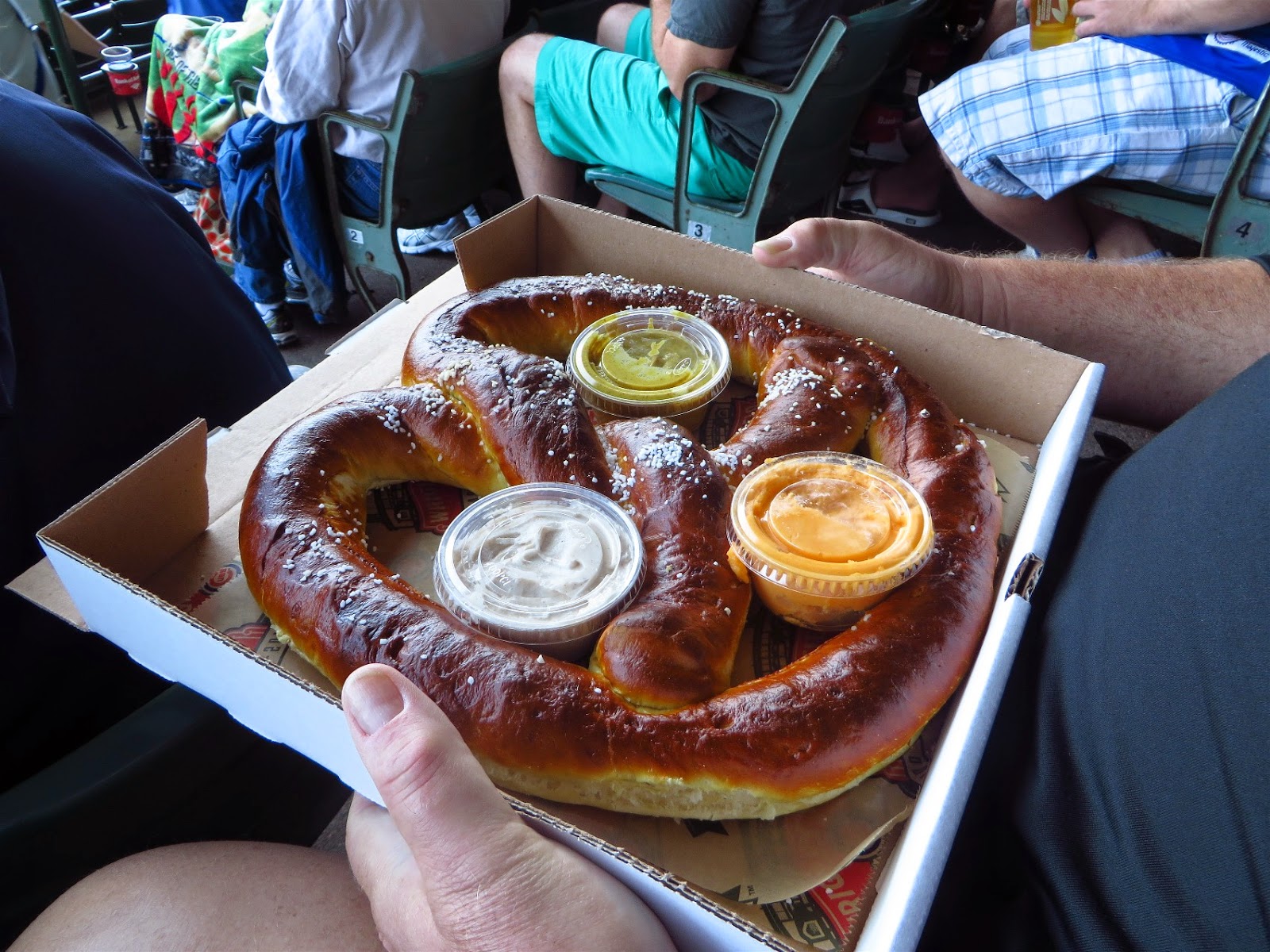 Sadly the bullpen and some very sloppy defense helped blow a 2-0 lead and the Cubs ended up losing 4-3. Nobody hung around after and there was no Cub song. Still, it was a great day at Wrigley. I think I became a Cubs fan this weekend! (Always a Jays fan,true and blue, but a Cubs fan for the National League!) 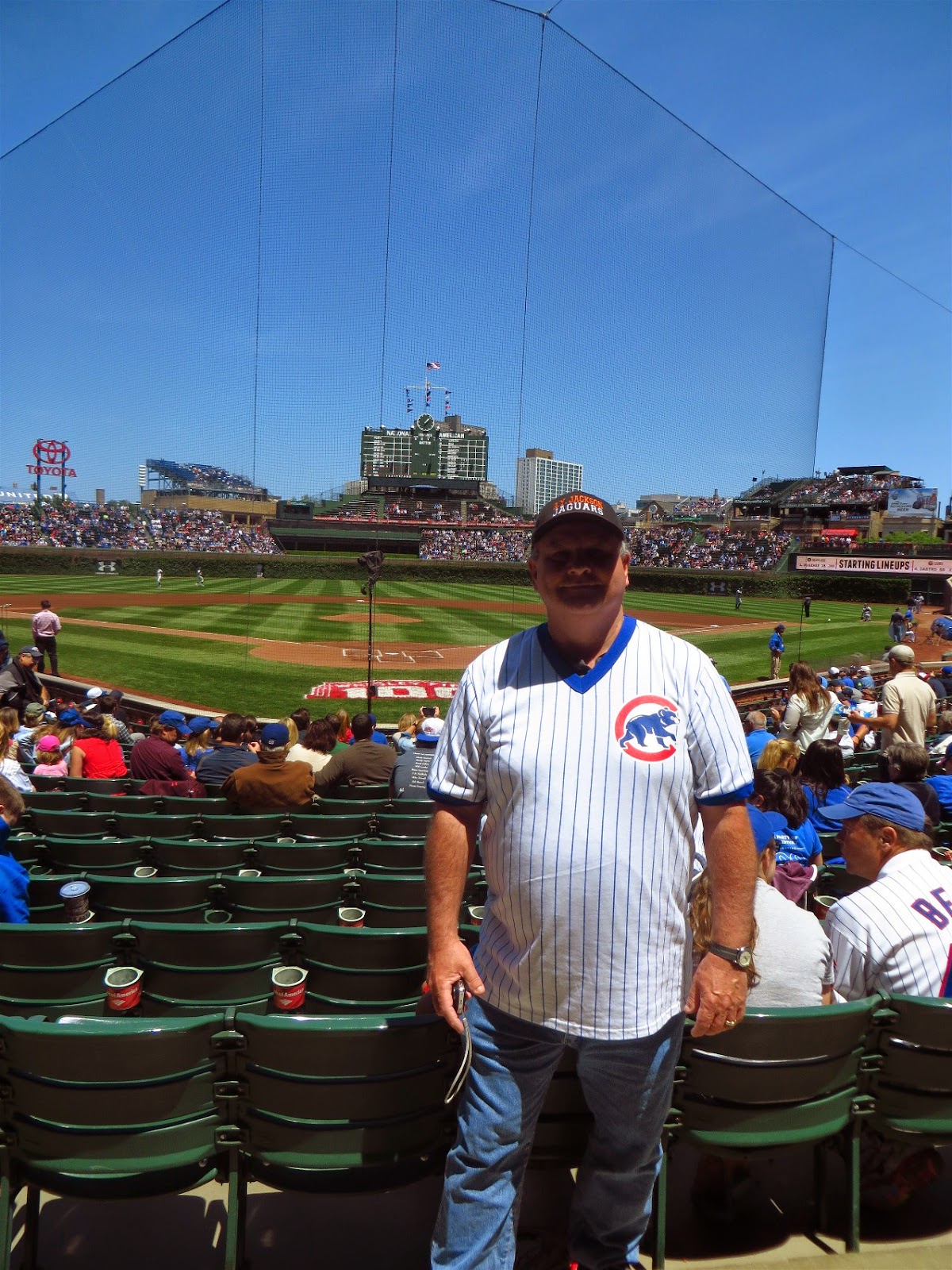