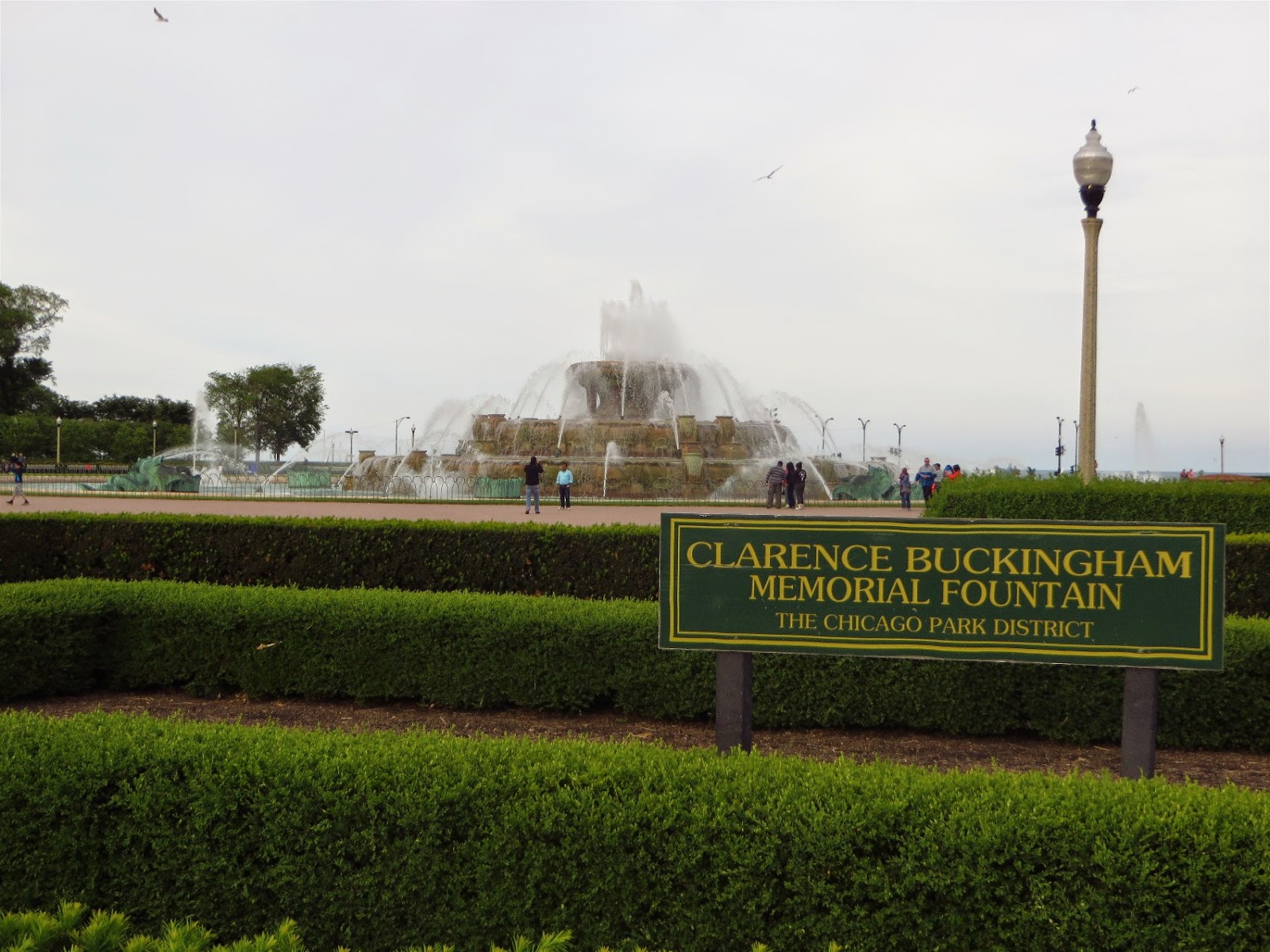 I had a unique experience today. During my early morning walk, I passed by the Clarence F. Buckingham Memorial Fountain. It wasn't running. One of Chicago's most famous landmarks was turned off! 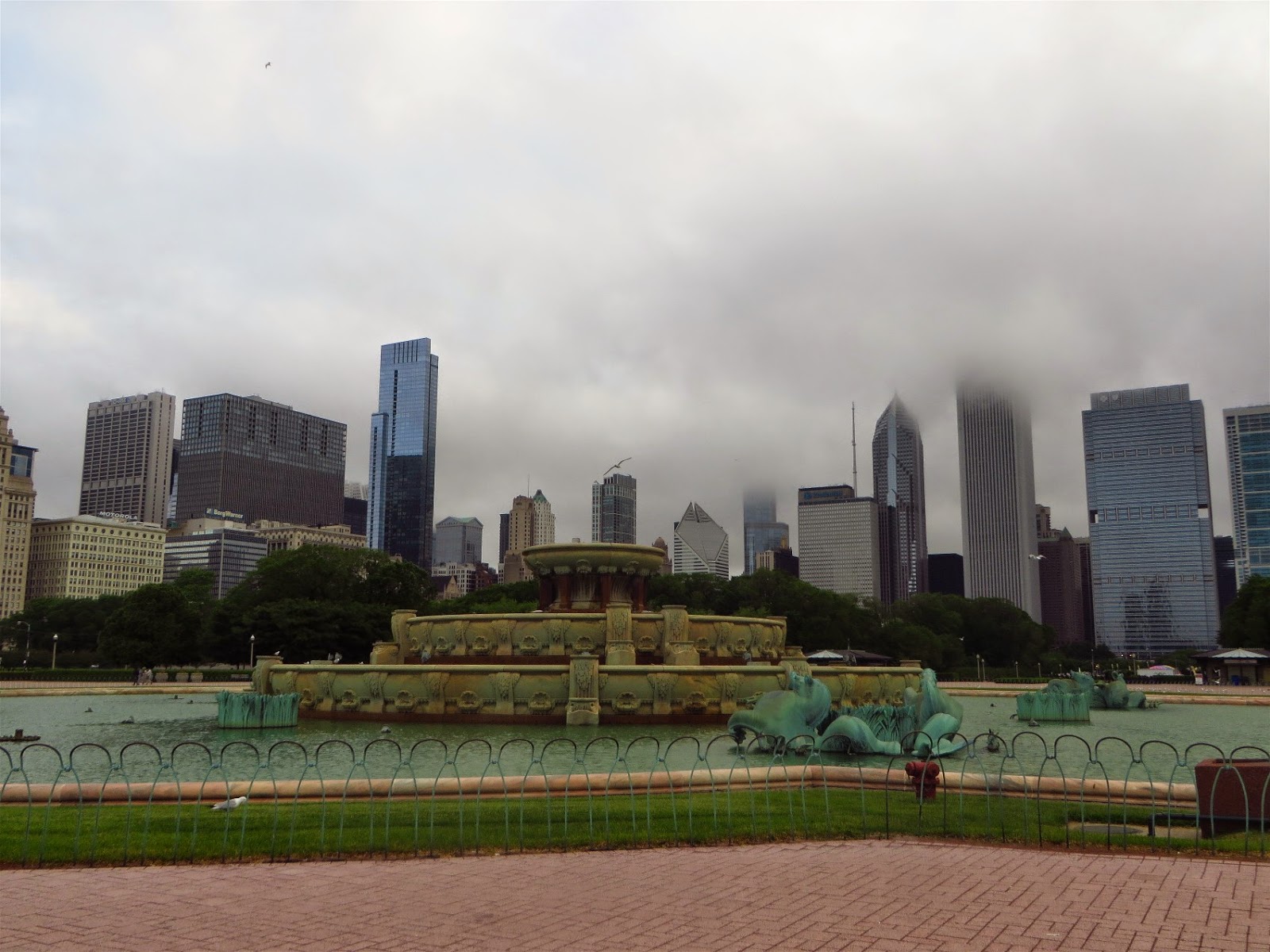 It turns out that the fountain is turned on from 8am 'til 11pm. I was too early. We went for a walk after the Cubs game and saw it in action. It is huge!

The Fountain's water capacity is 1.5 million gallons. Depending on wind conditions, major displays use approximately 14,100 gallons of water per minute conveyed through 134 jets. Water is re-circulated from the base pool after the basins are filled and not drawn from the outside except to replace losses from wind and evaporation.

As the centerpiece of Grant Park—“Chicago’s Front Yard”, architect Edward H. Bennett (1874–1954) designed the Fountain to serve as the park’s formal focal point without obstructing the views of the Lake Michigan. Kate Sturges Buckingham (1858-1937) dedicated the structure to the people of Chicago in 1927 in memory of her late brother, Clarence, donating one million dollars for the Fountain.

While in operation, every hour on the hour for 20 minutes the Fountain produces a major water display and the center jet shoots 150 feet into the air. 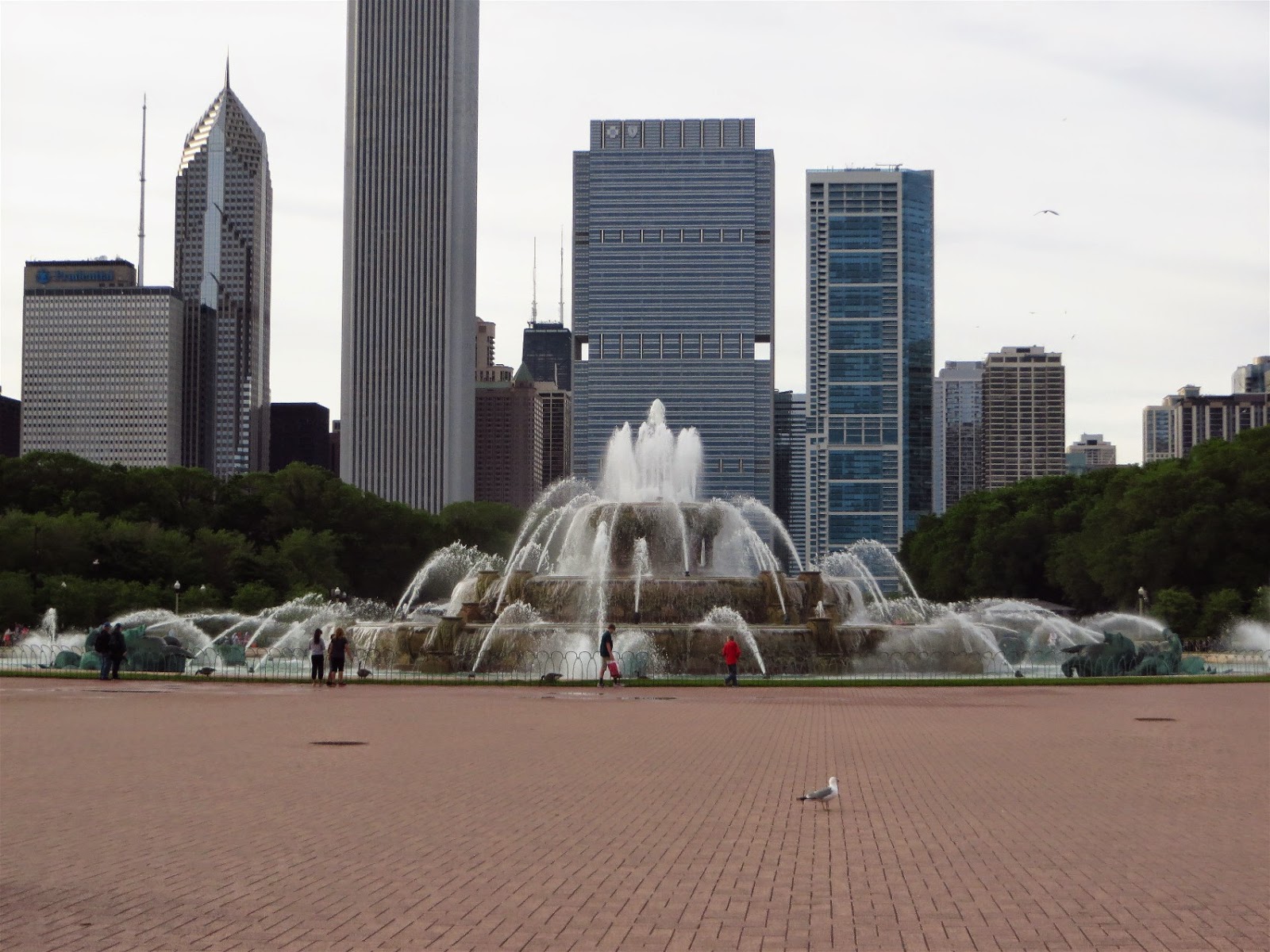 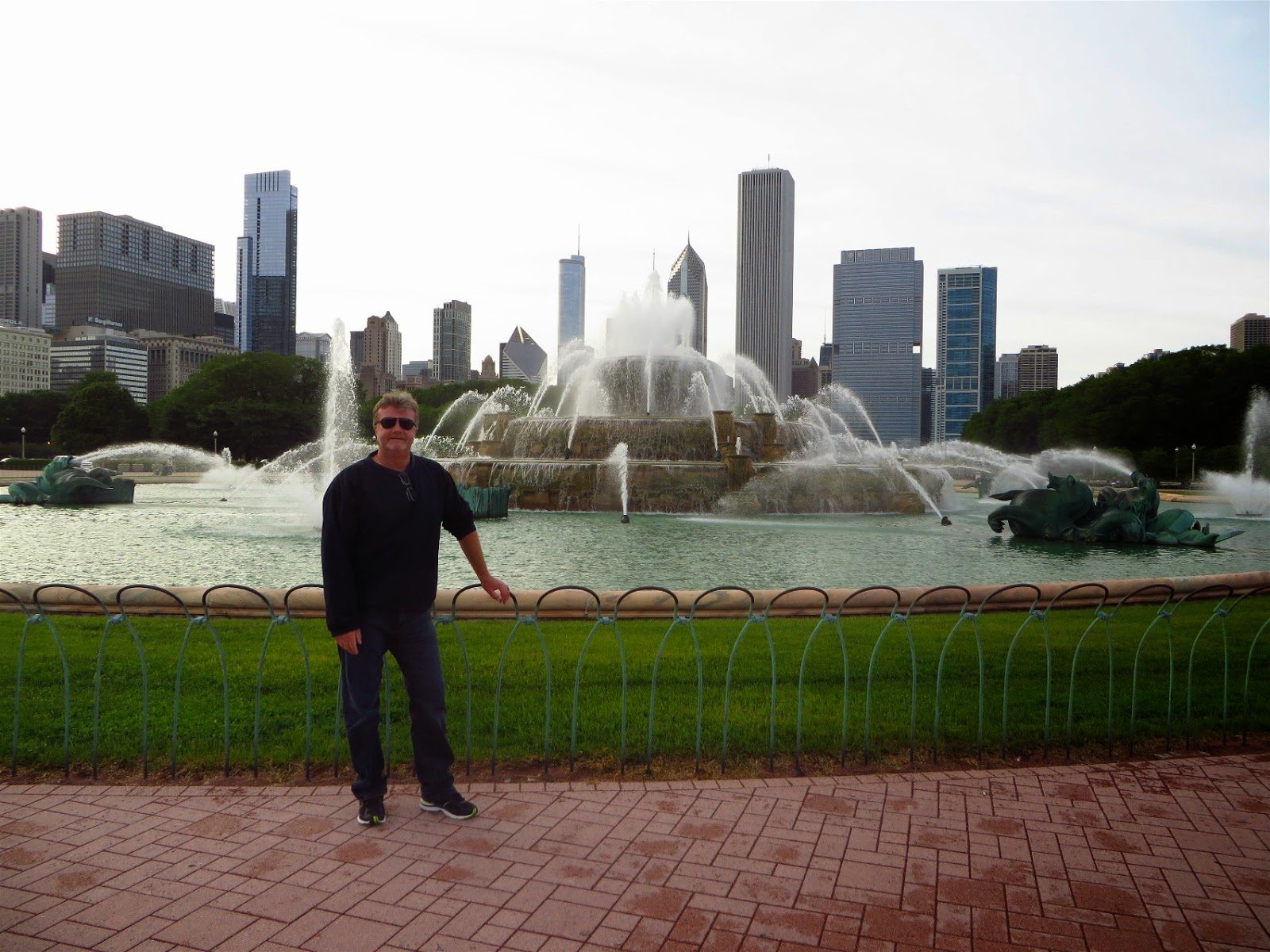 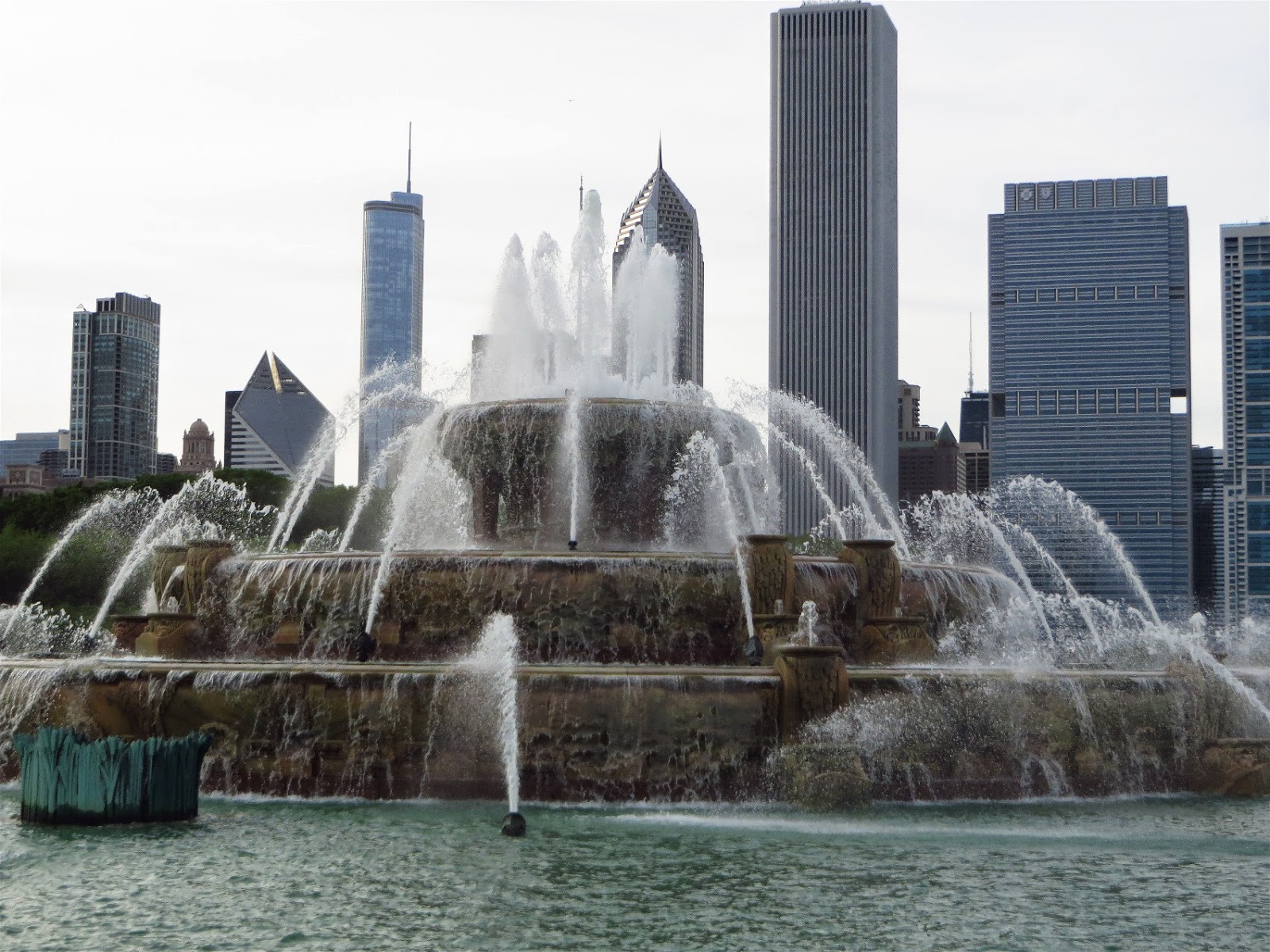 It is definitely worth seeing. 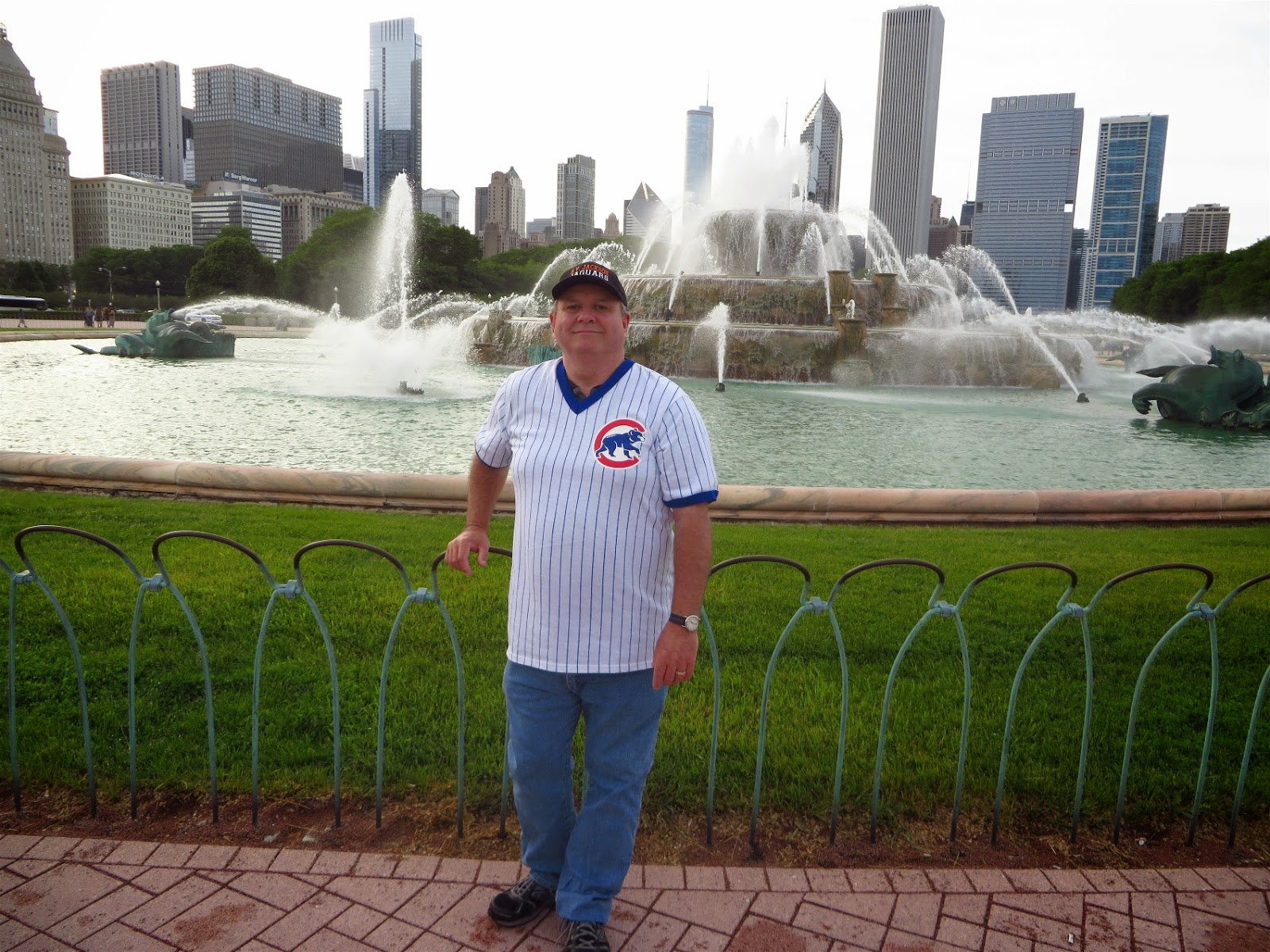