No Sweep for the Jays Over the Yankees! 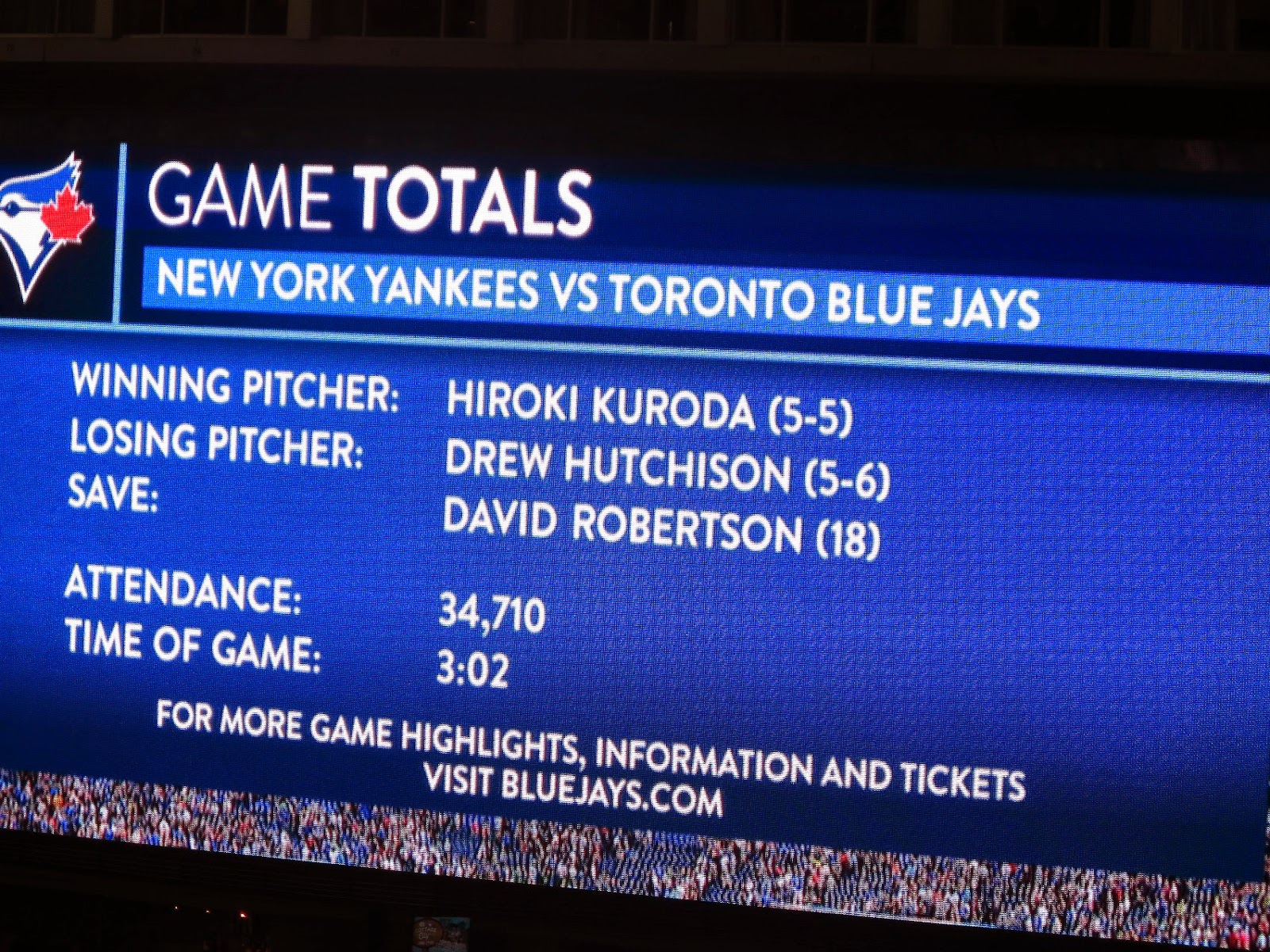 Tonight the work gang and I headed down to the Rogers Centre to watch the Toronto Blue Jays take on the evil empire from New York, the Yankees.

Last week we lost all three games to the Yanks in New York but this week took the first two at the Dome. Could tonight be the sweep for us?

Although Drew Hutchison struck out six in six innings, he gave up four runs too, all in the third inning erasing the one nothing lead the Jays had, courtesy of Jose Reyes' home run in the first Jays at bat of the game.

This picture shows why pitchers end up with arm trouble. 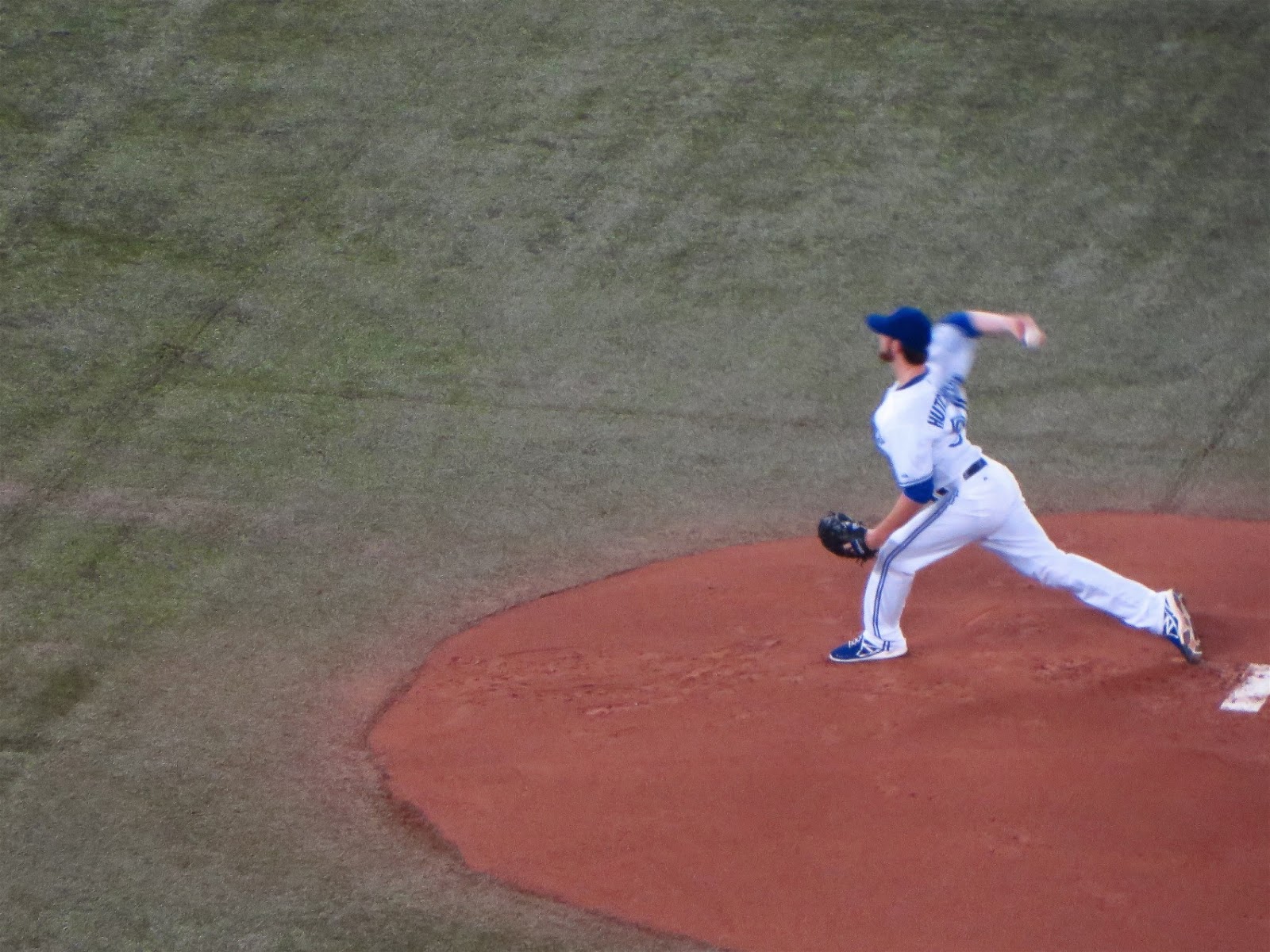 Hutchison forces a ground out as the ball is driven straight down into the dirt. 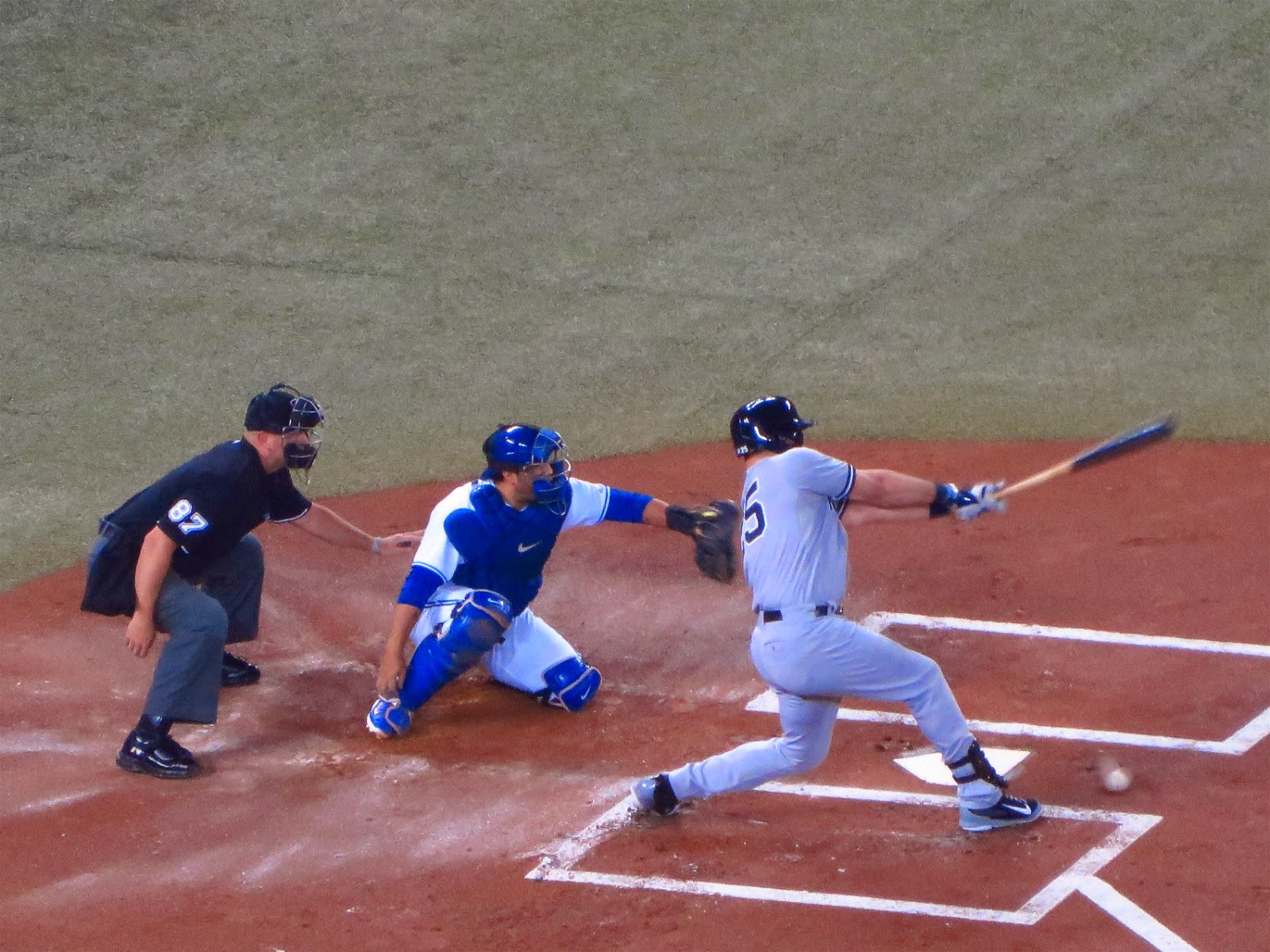 Munenori Kawasaki grounds out on this hit. 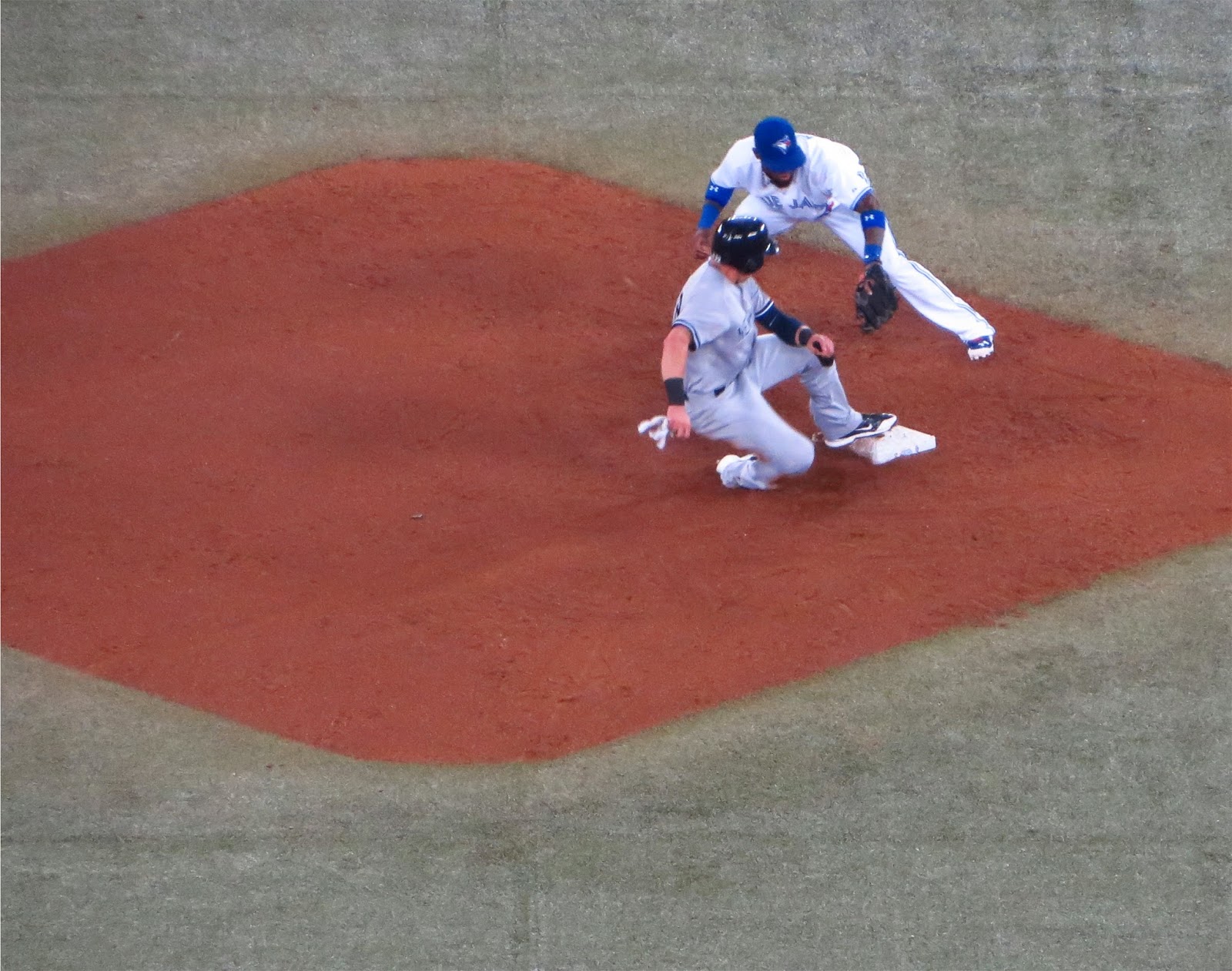 Kawasaki watches the ball into the catchers glove. 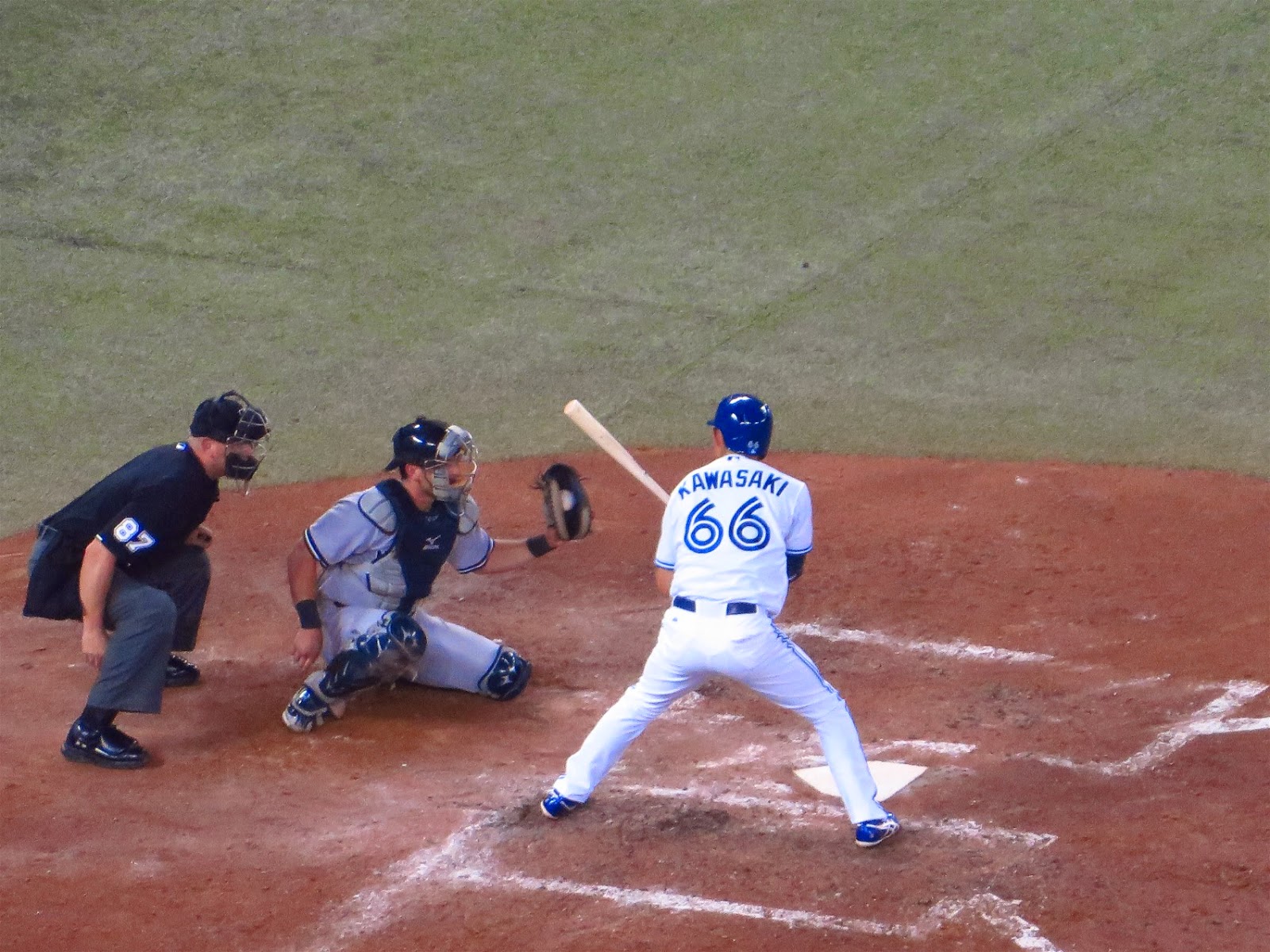 The view from our seats in the fifth level. The ball is in the air between the pitcher and batter! 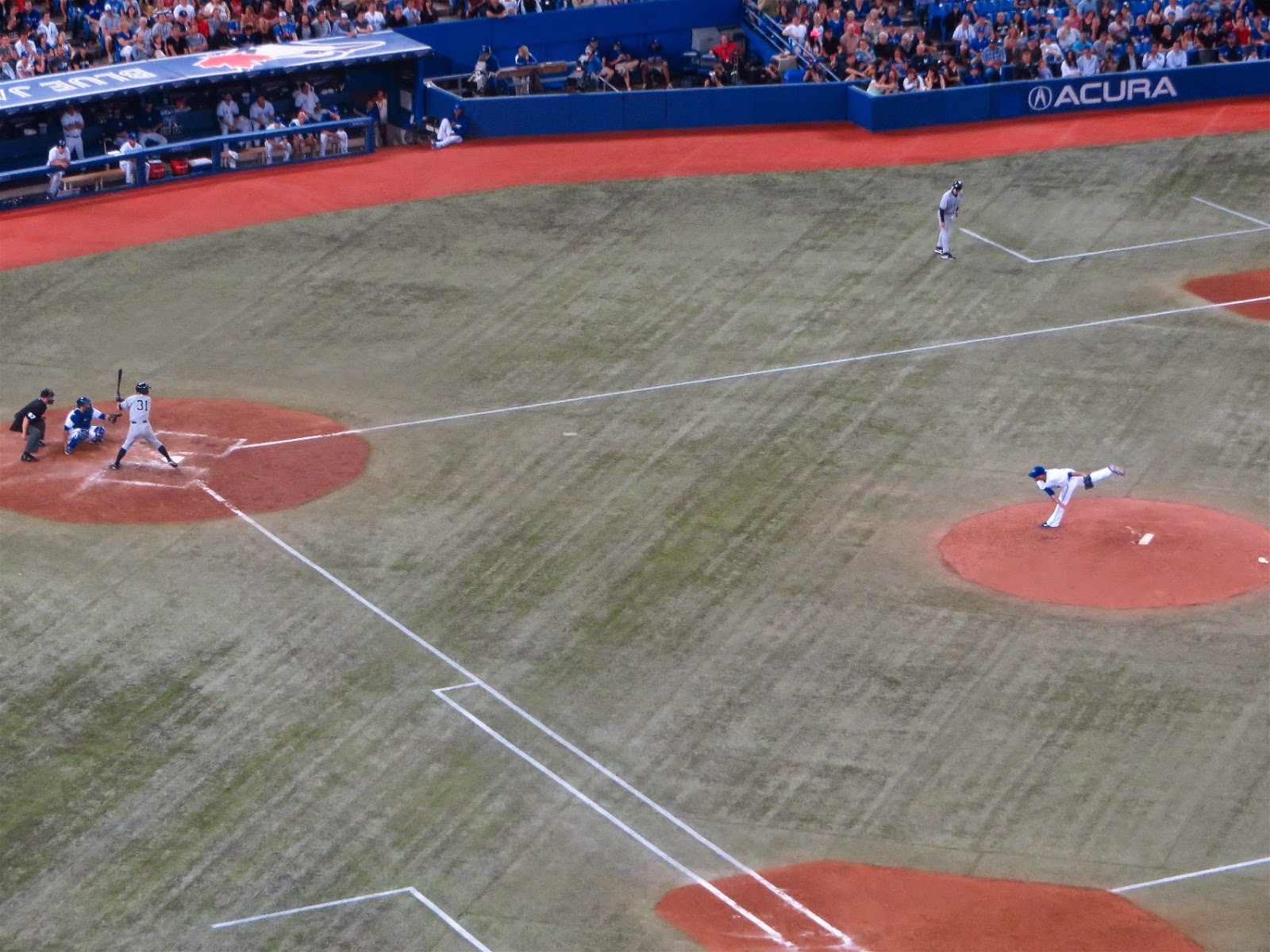 A big Edwin Encarnacion swing and miss. I was hoping to see a big "Double E" home run. Alas, it was not so. 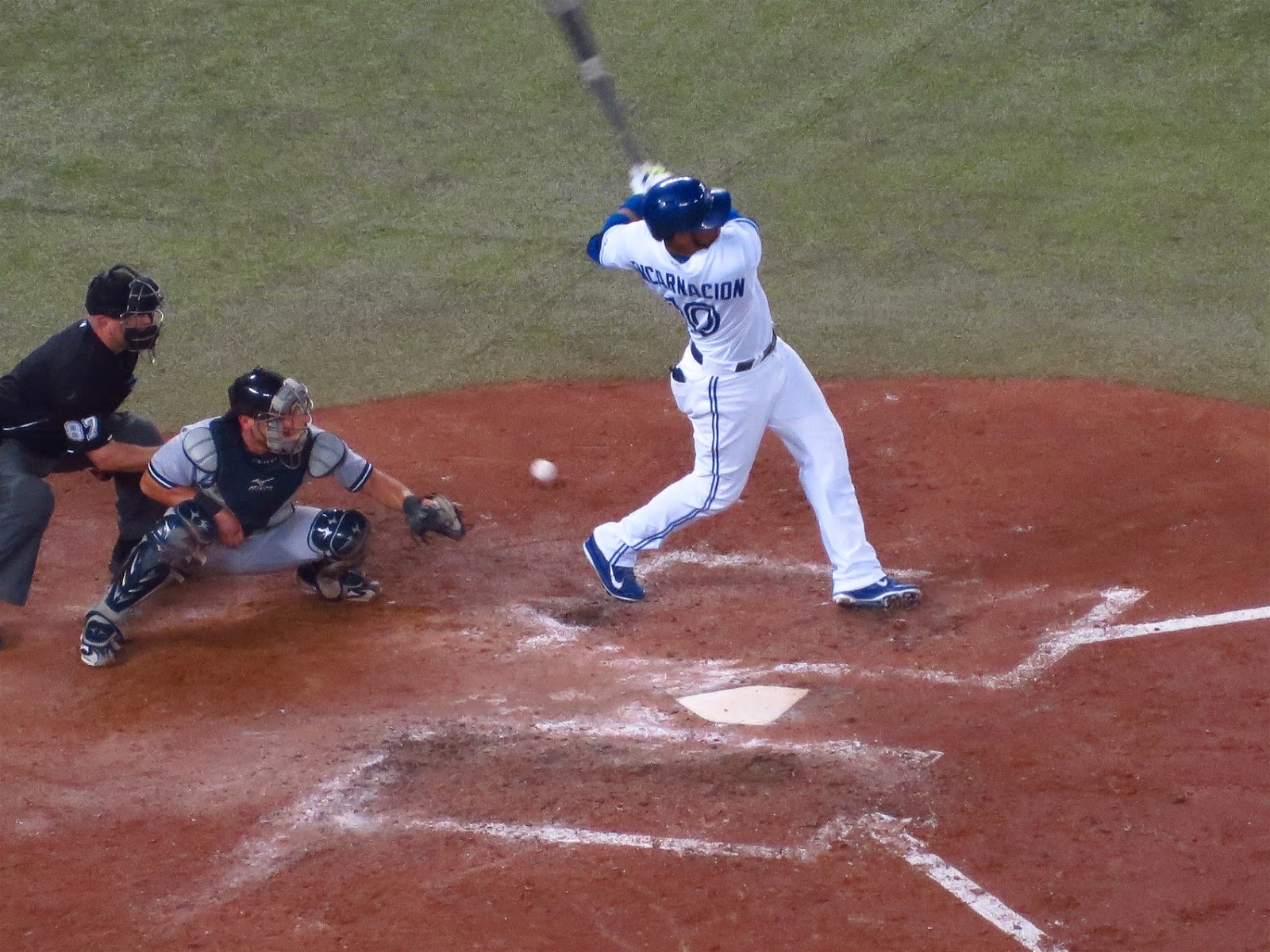 In the fifth, Kawasaki got on and scored a run. Here he is diving into first after a pitch-out. 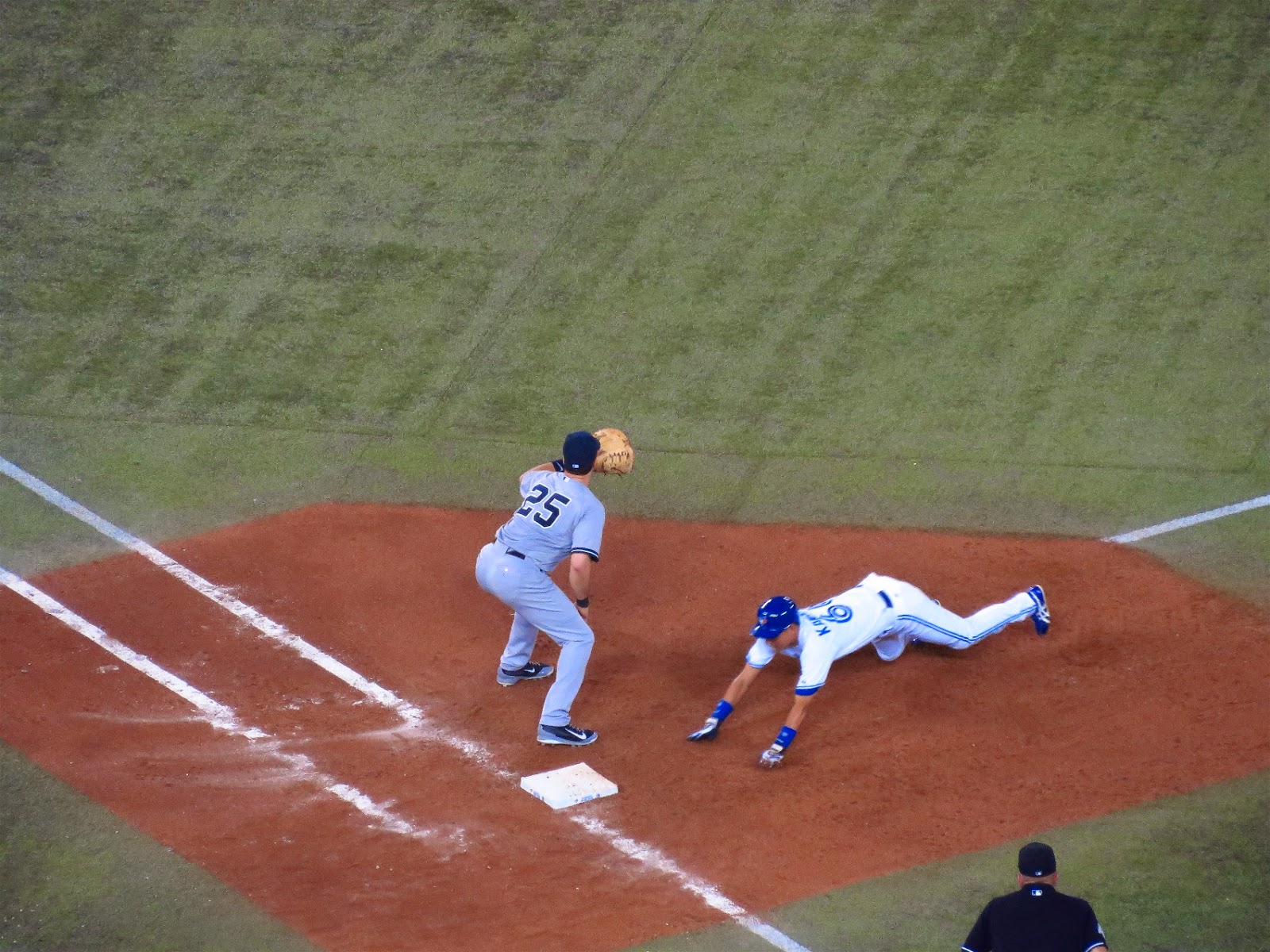 Great 50/50 pot tonight. My numbers were not close! 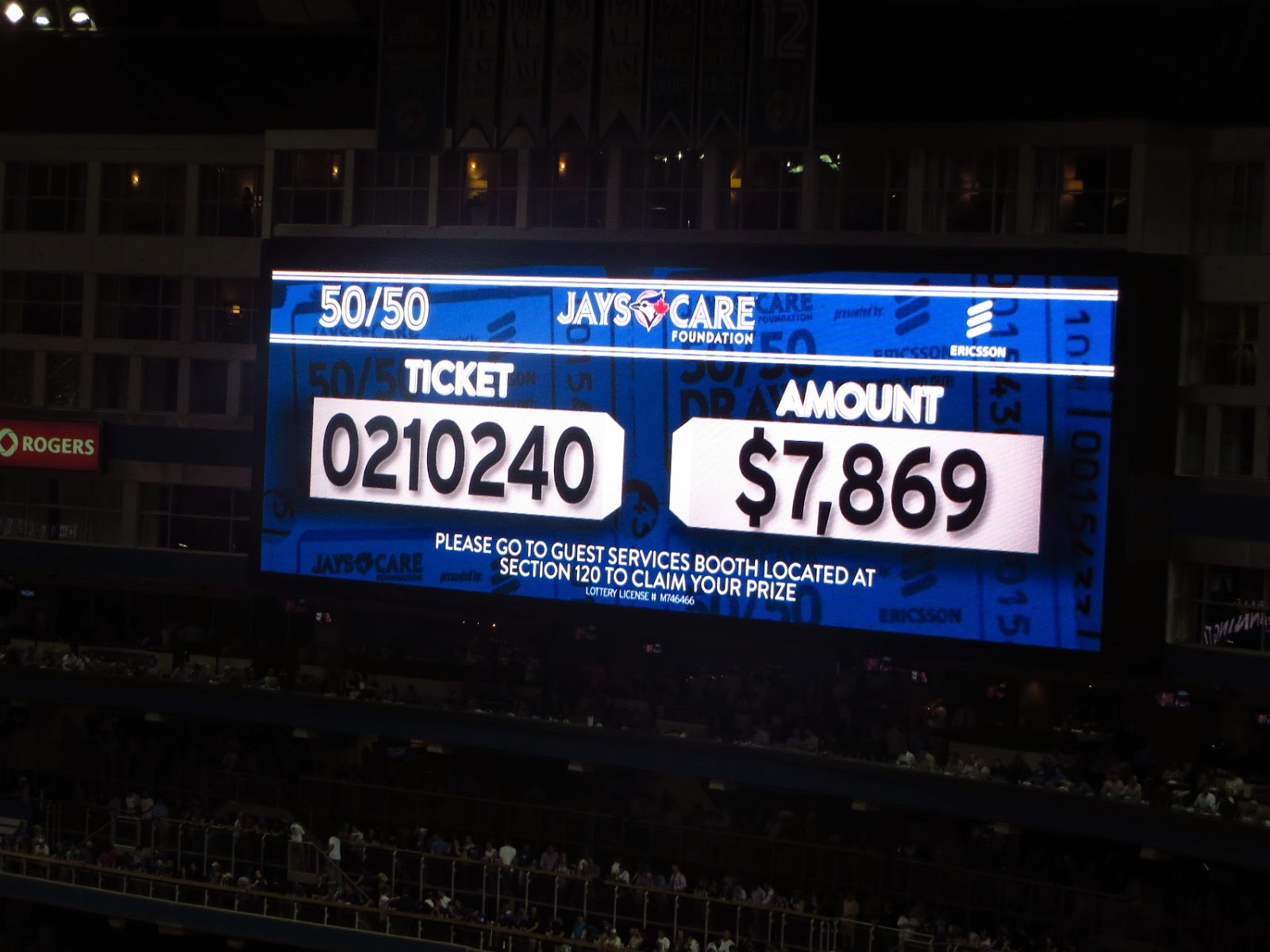 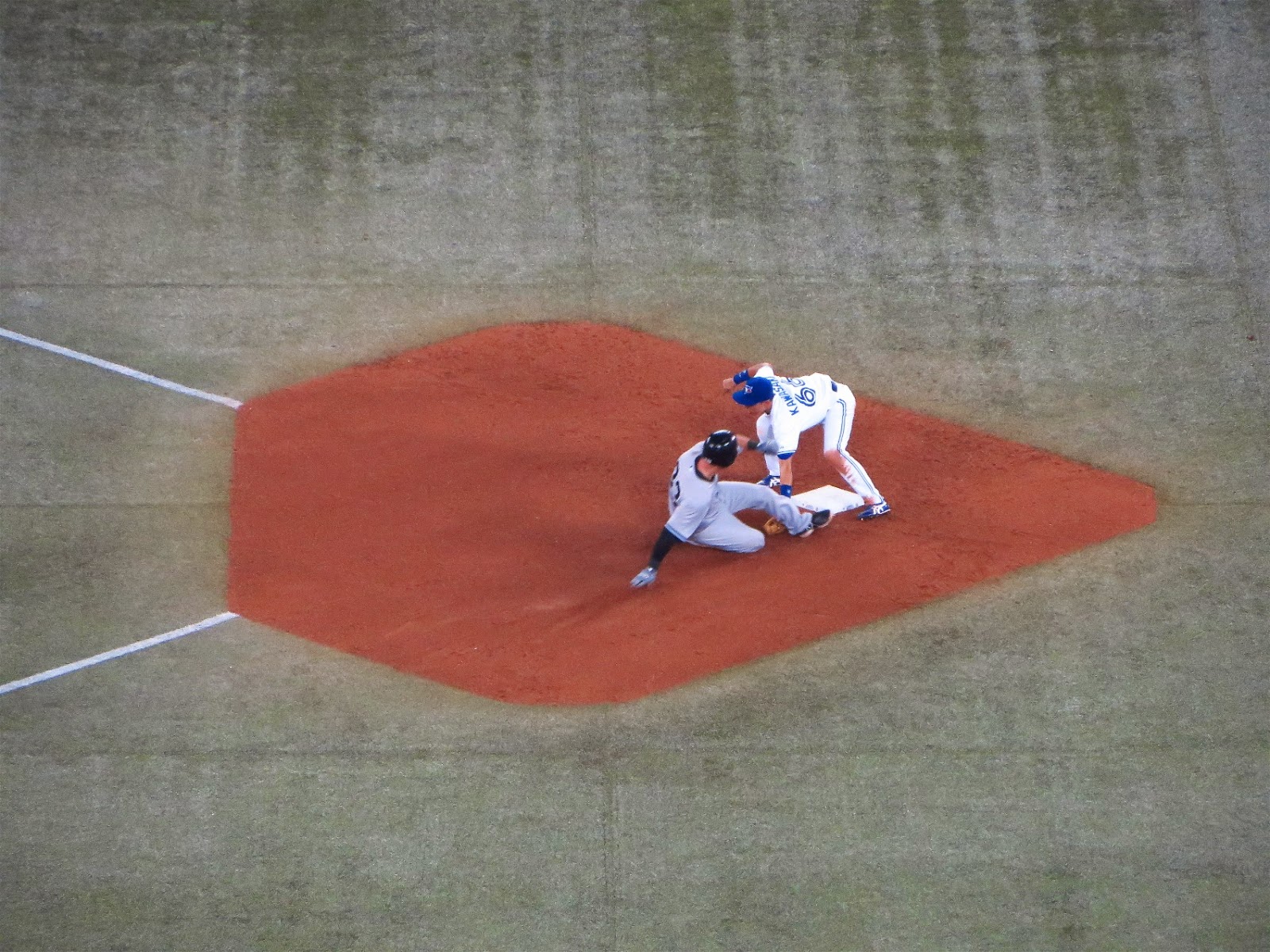 I wanted a picture of the umpire punching out the batter after a strike out. Brett Gardiner struck out but I took the shot too quickly, just as the umpire was just about to ring him up! 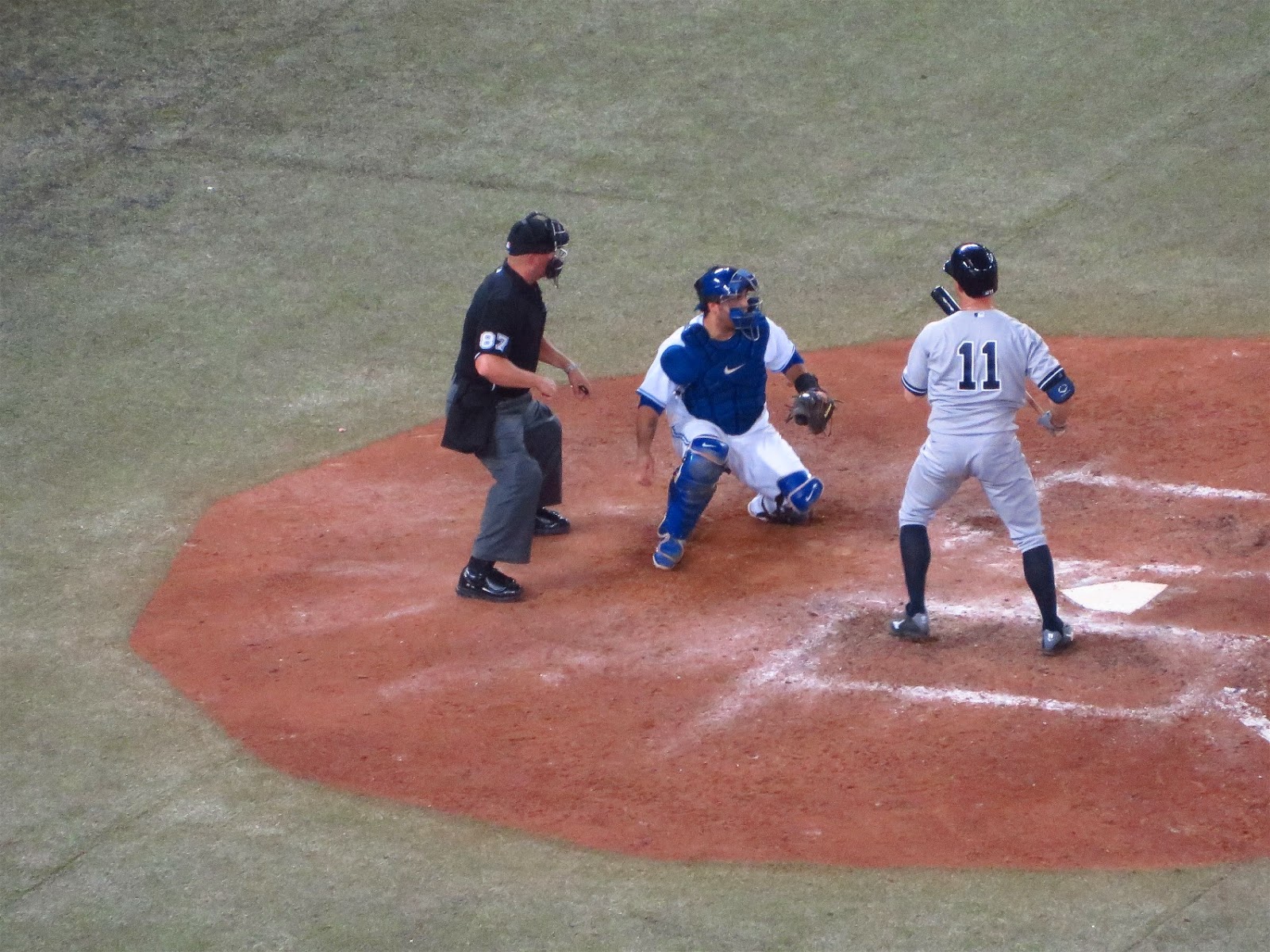 It was a fun night with the gang. A Blue Jays comeback win would have capped it off though! 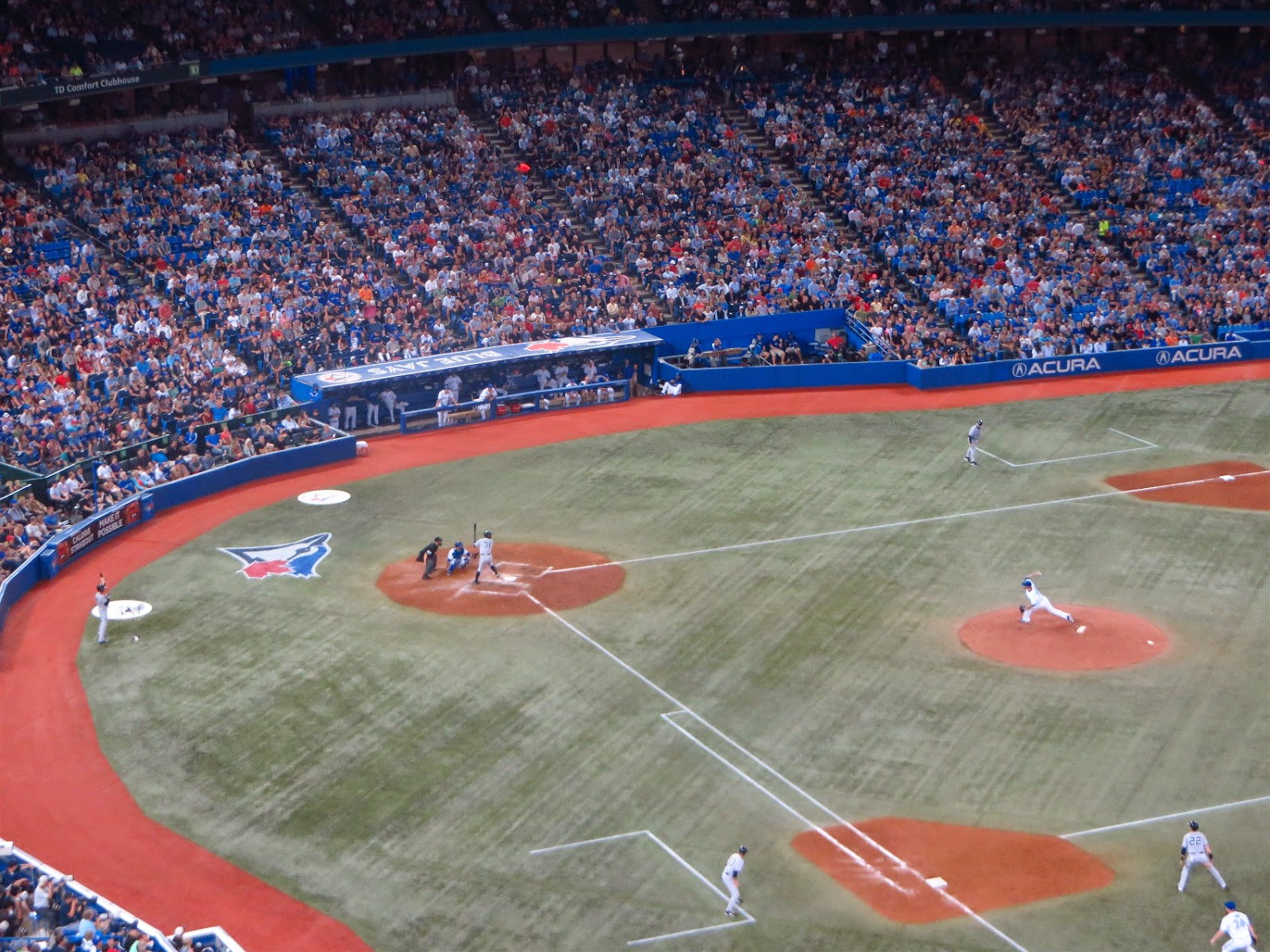